11 Nov Ones to Watch: Gordon McConnell

Gordon McConnell drops us into iconic images and leaves us there to find our own way home. Through the shorthand of old Western films, he twists a contemporary narrative across the weft of historical promise. In the reflection of a haunted nostalgia, McConnell allows us to redefine our own frontiers.

“I started in an expressionistic mode and moved toward illustration-like expression,” McConnell says. “I love movies, living in Montana and being in the shadow of Charlie Russell, not rejecting him the way most Modernists did.”

With his mainly monochromatic palette, McConnell plays with contrast, shadow, resolution and mystery as well as suggesting a continuity of history by means of archetypal images.

“I’ve tried to update the Old West through exploration of the classic Western films,” he says. “It also revisits my childhood — when we first got the black-and-white TV, it influenced everything. I was primed from an early age to follow the course of art that I have.”

Intrigued by the layering of Postmodern themes with the timelessness of place that is often experienced in the West, McConnell contrasts our national myths with the sense of loss that comes with self-awareness. “The Western is our national drama,” he says. “The subjects of the films are great subjects, as grand and tragic as any in the world.”

In one of his more recent pieces, Ghost Town, he creates movement in a still object. With a nod to Eadweard Muybridge — who was the first to capture the image of a moving horse with a photograph, documenting all four legs off the ground when galloping — the Richter-type blur in McConnell’s work represents that kind of motility.

“I was just revisiting the Westerns of the 1950s and that particular image is from Samuel Fuller’s Forty Guns, a version of the gunfight at the O.K. Corral saga,” McConnell says. “He has a scene in the film where a thug is terrorizing a town. The Wyatt Earp character tracks him down and the thug is stopped in his tracks. I dug up that image and it stuck in my head. I started painting from the photographic still. I carefully painted the buildings on the left, working on the background, I left the figure unfinished. As I developed the right side, I began to appreciate the void the figure left there. I discovered the resonance of leaving the figure as a vacant silhouette.”

But it’s not just vacant. It suggests a human presence, as well as a feeling of lost innocence. It presents us with another version of the story, another take on living in the shadow of legends. 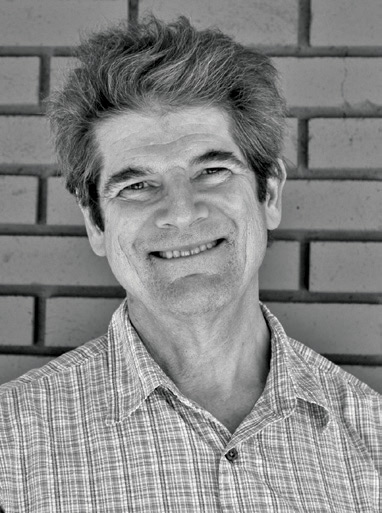 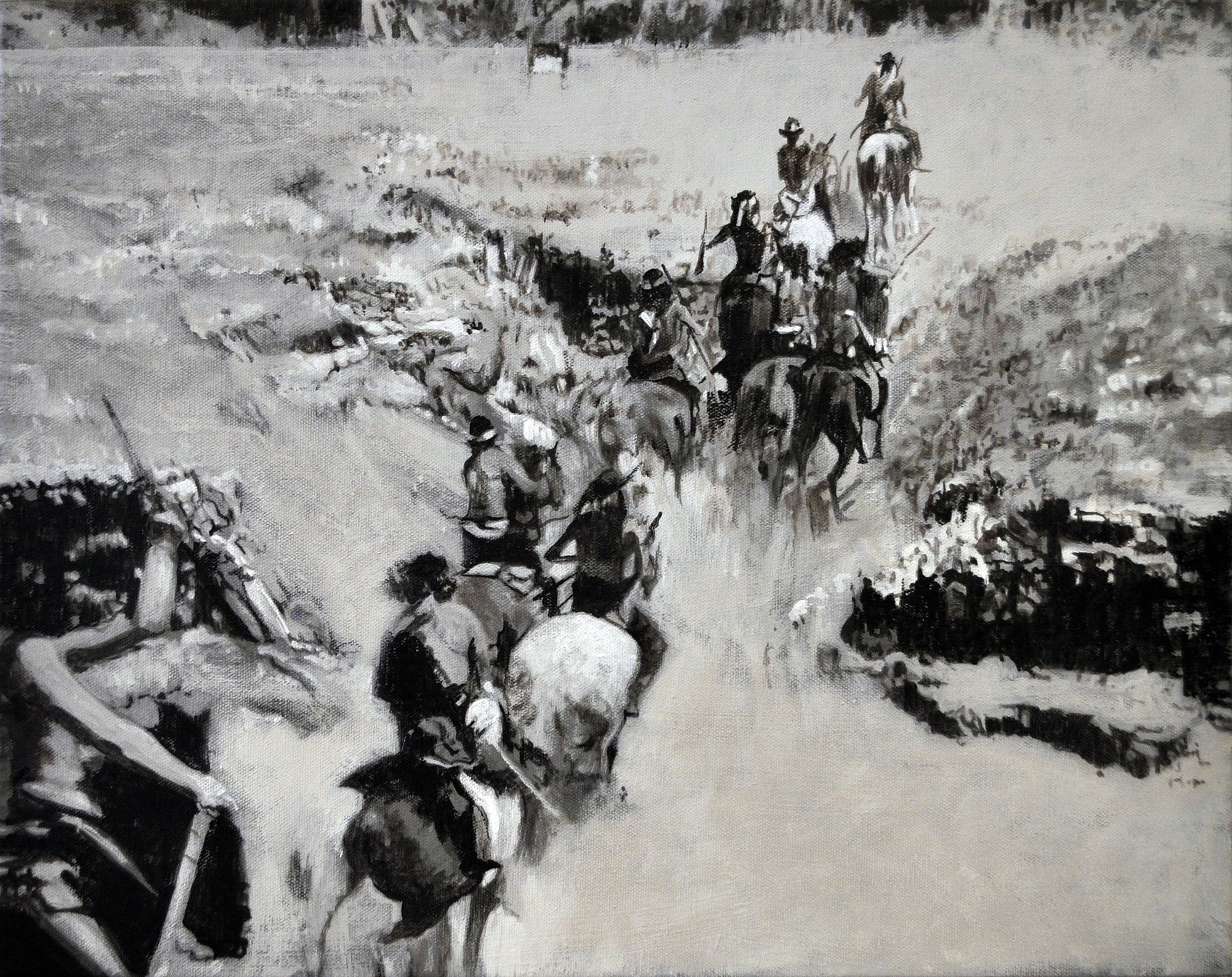