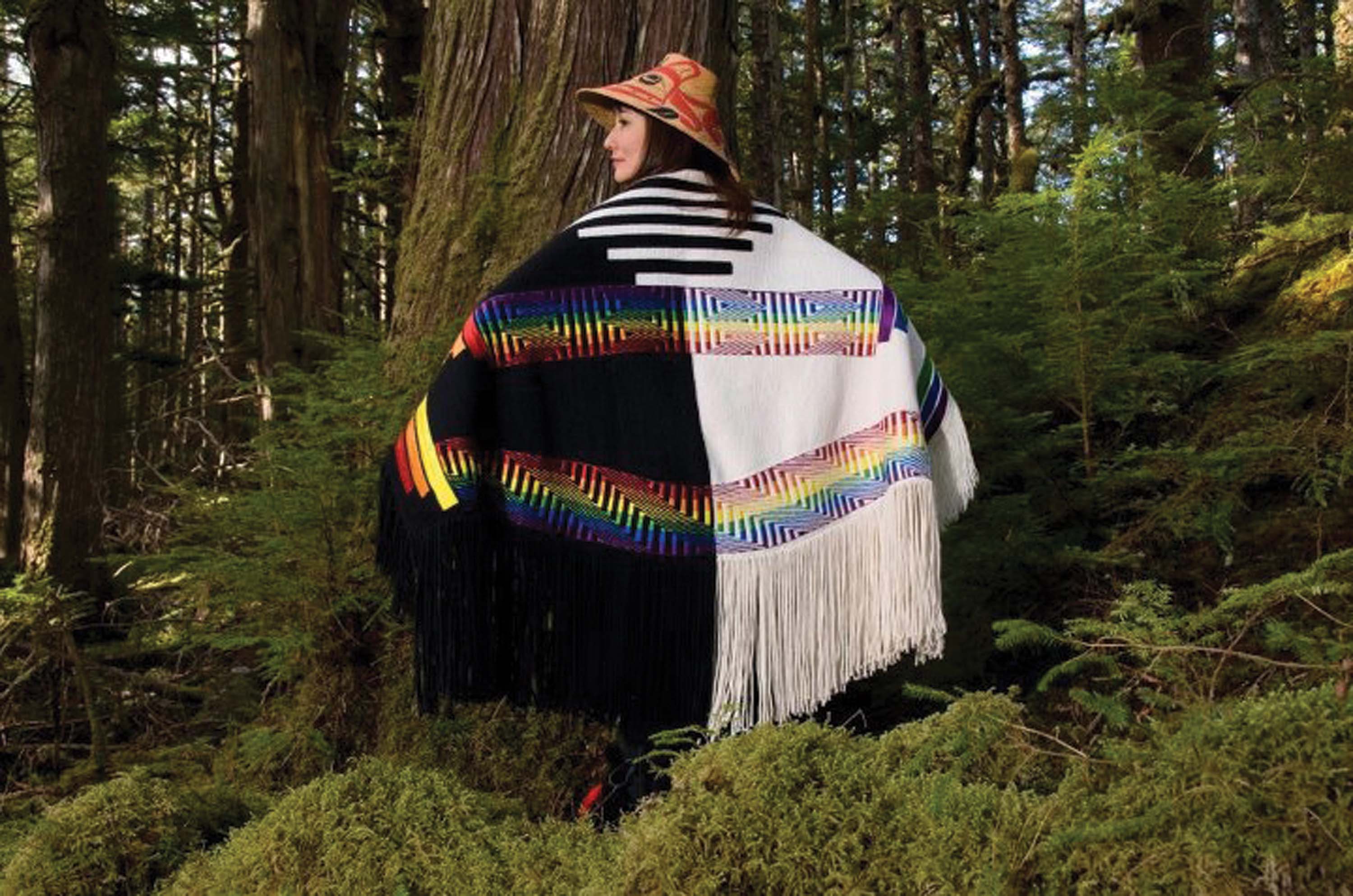 Cheryl Samuel’s talents make her a painter, wood turner, bead artist and master weaver. Above all is her single-handed revival of a forgotten ceremonial weaving technique called Ravenstail, used by the coastal people from Alaska to Washington.

Her own work is inspired by the weaving and beadwork she’s learned over the years, intertwining her own unique voice into the work.

“I found out about Ravenstail robes but they were only in museums,” Samuel says. “The biggest collection was in St. Petersburg, Russia, and I got permission from the Academy of Science to go there. That was in 1980, before Glasnost.”

There were only eleven of these robes left in the world, so Samuel visited all of them, from Ireland to Denmark and beyond, in places where sailors had collected them and left them, like breadcrumbs, for the artist to find.

“The old robes taught me, I didn’t really teach myself,” she says. “I like to give them credit.”

Samuel wrote two books on the weaving: The Chilkat Dancing Blanket describes the woven ceremonial robes of the Northwest Coast; and The Raven’s Tail addresses the style of weaving that replaced Chilkat two centuries ago. After writing the books and doing the research, Samuel decided to try weaving one, sparking interest from the University of Alaska. For many years the university sent her to various places, triggering the revival of the ancient artform.

“Now there are weavers everywhere,” she says. “It’s gone way beyond me. There’s an explosion of weaving on the coast. I wove these ceremonial robes to teach people and I finally got to the point where they didn’t need me all the time. It’s my tribute to all the different people and cultures I’ve been in contact with.”

Her own work is inspired by the weaving and beadwork she’s learned over the years, intertwining her own unique voice into the work.

“It’s an enormous passion,” she says. “I can’t stop doing it. It’s part of being an artist and expressing myself. I know all these techniques, I’m doing traditional patterns but I’m using the artform to tell stories.”

Her painting, weavings and sculptures can be found in private and museum collections worldwide, and she has woven regalia commissioned for ceremonial use by various tribes. She is represented by Spirit Wrestler Gallery in Vancouver, British Columbia. 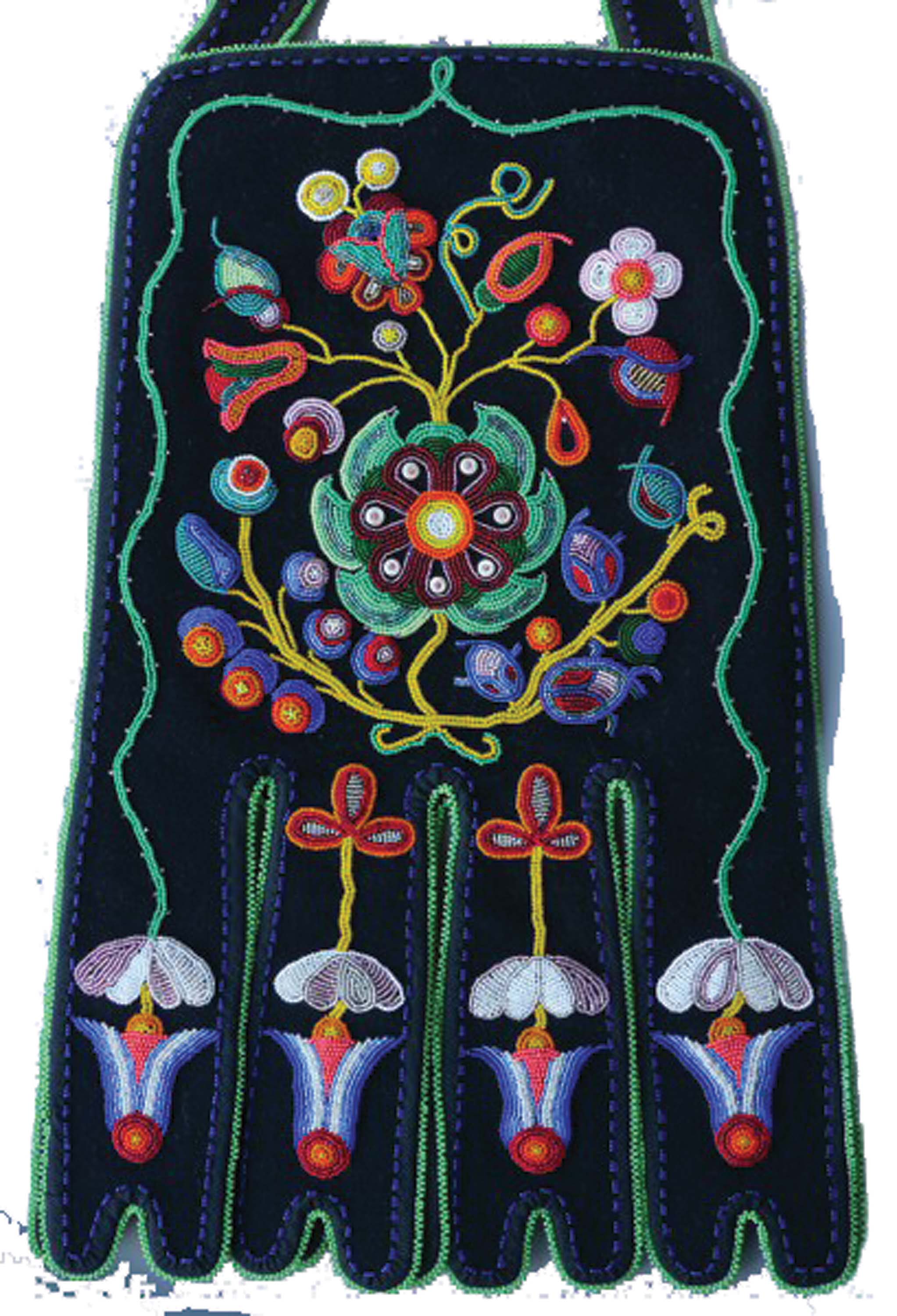 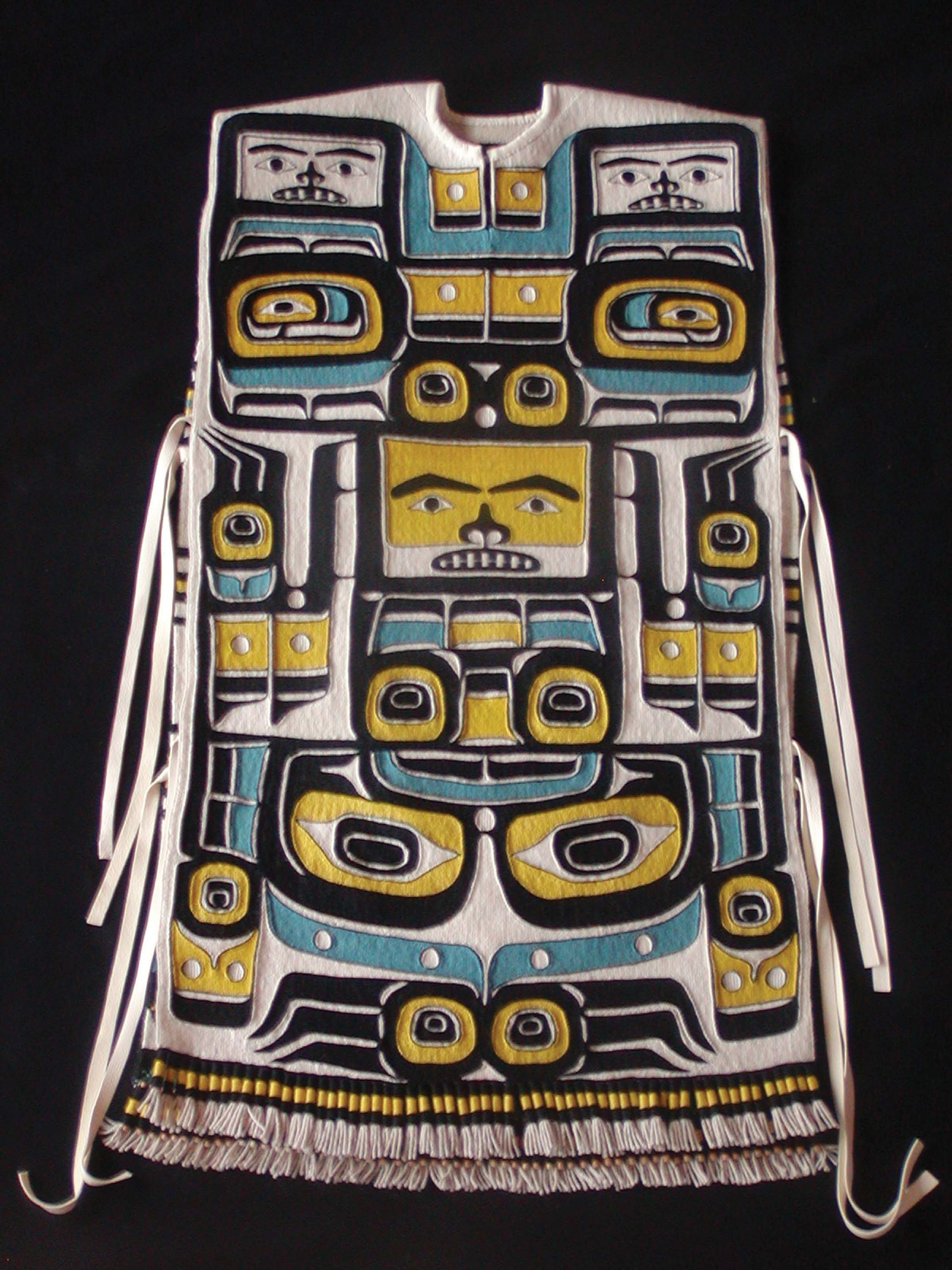 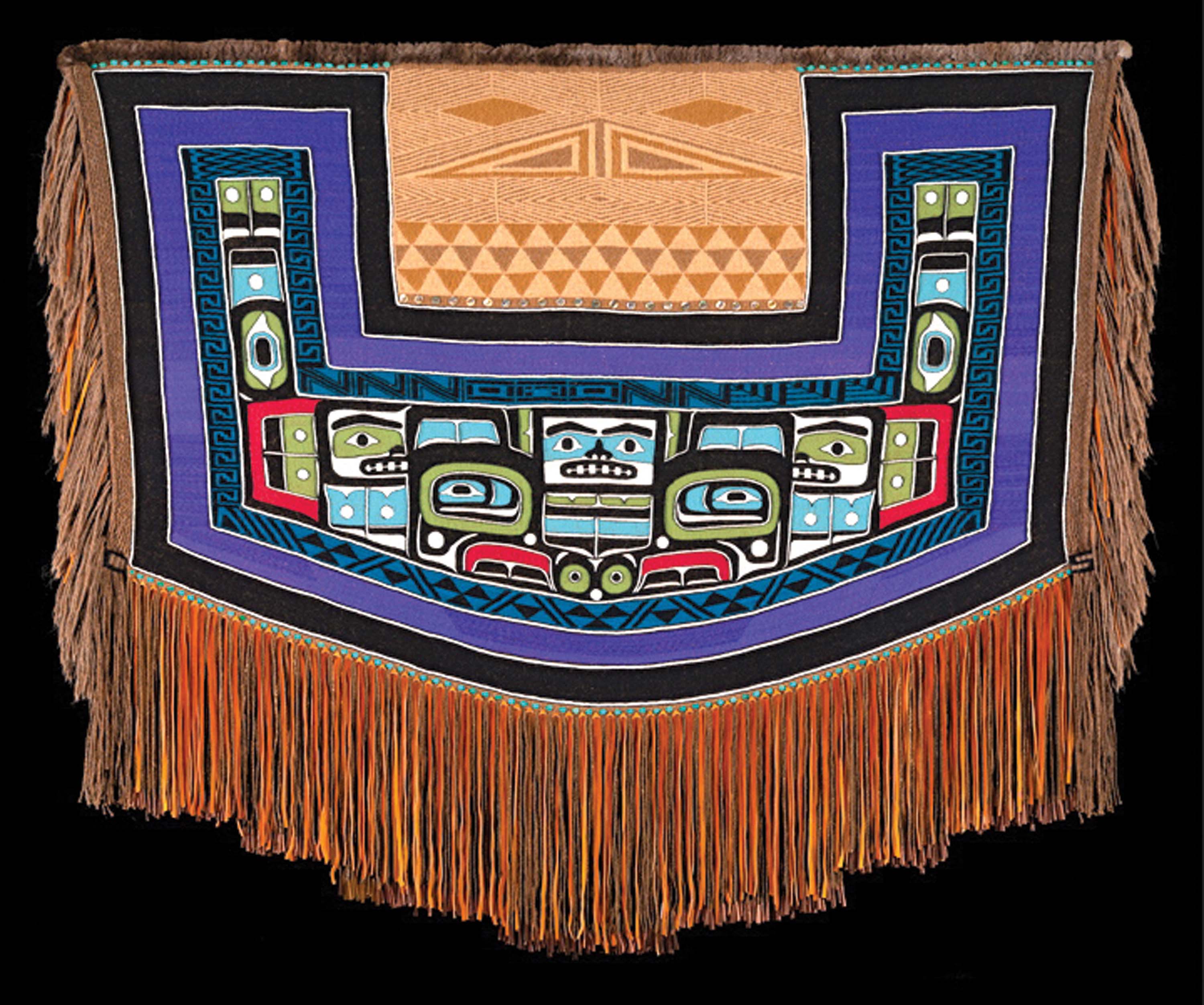