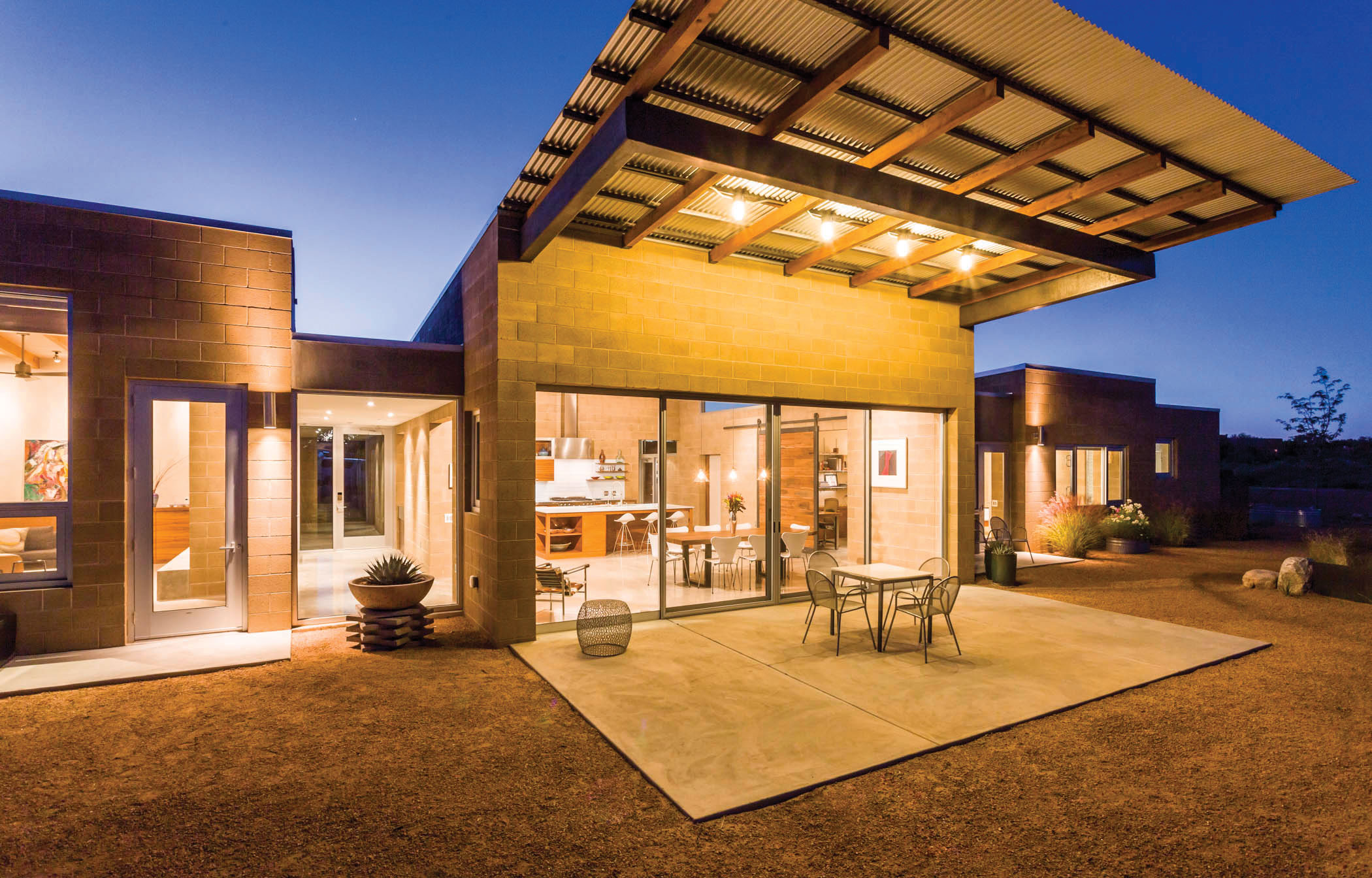 04 Aug Ones to Watch: Mike Krupnick

Architect Mike Krupnick, of Krupnick Studios in Santa Fe, engages his clients as he would a partner in a design development. “It’s not the typical architect-client relationship,” Krupnick says. “I feel that my job is being the curator of ideas. I try to compose concepts, keep the good ones, and come up with solutions that work. It’s an active process.”

In the case of his most recent New Mexico Modern residence, the biggest challenge was keeping everything on the smallest carbon footprint possible. Working on a 3,017-square-foot house, including a 1,700-square-foot detached barn, every detail mattered. The carport doubles as an outdoor yoga studio and the three-bedroom, three-bath house, with an office, also has a power plant on the roof of the garage.

“The client is very green-oriented,” Krupnick says. “The owner was the contractor and he said he only worked 60 hours a week so he had plenty of time to work on the house. It was so organized and so green we didn’t even have a dumpster on the site. We had no waste and everything was recycled.”

Since Krupnick works on an hourly basis for all his projects, he is most efficient when his client has a clear idea coming into it. “The reason I do that is that great clients can get great value and I like that,” he says. “But if the client needs more hand holding, it’s going to cost them more, and I don’t mind that either.”

His client in this case was an engineer and came in with his own floor plan. “Getting it to look good was the hard part,” he says. “He had so many engineer-oriented ideas that it became my job to make it look like a home his wife would want to come home to. We didn’t want it to become a man-cave of engineering solutions.”

So Krupnick softened it up while still keeping it green and efficient. “We used every little solar trick possible,” he says. “The client wanted active solar glass, like a greenhouse.”

But the problem with the site was that the portion of the house that would have the most glass did not have the best views. “We had tremendous mountain views to the east,” he says. “The southern views were not that beautiful to look at.”

To solve the problem Krupnick oriented the house to capture the mountain views and used a solar Trombe wall, which can capture passive solar energy from the winter sun. “Trombe walls are typically ugly, so we needed to make that beautiful,” he says. “It actually became the focal point of the house.”

Being in the Southwest, livability is a priority for Krupnick. “There are almost no windows on the west side of the house,” he says. “We sealed it to the western sun and opened it to the sunrise.”

In order to incorporate the client’s wish for concrete and steel, while keeping the look graceful and airy, Krupnick worked hard at making it feel light. “The roof is cantilevered, with unsupported steel and almost paper-thin,” he says. “The roof has an angled overhang that shields the breakfast table from the direct morning sun but frames the mountain view while standing in the kitchen.”

Every detail was thought out for both aesthetics and efficiency, from the driveway to the power source, from the placement of the light switches to the use of windows. In the end it became the epitome of mechanical precision as well as being aesthetically elegant. 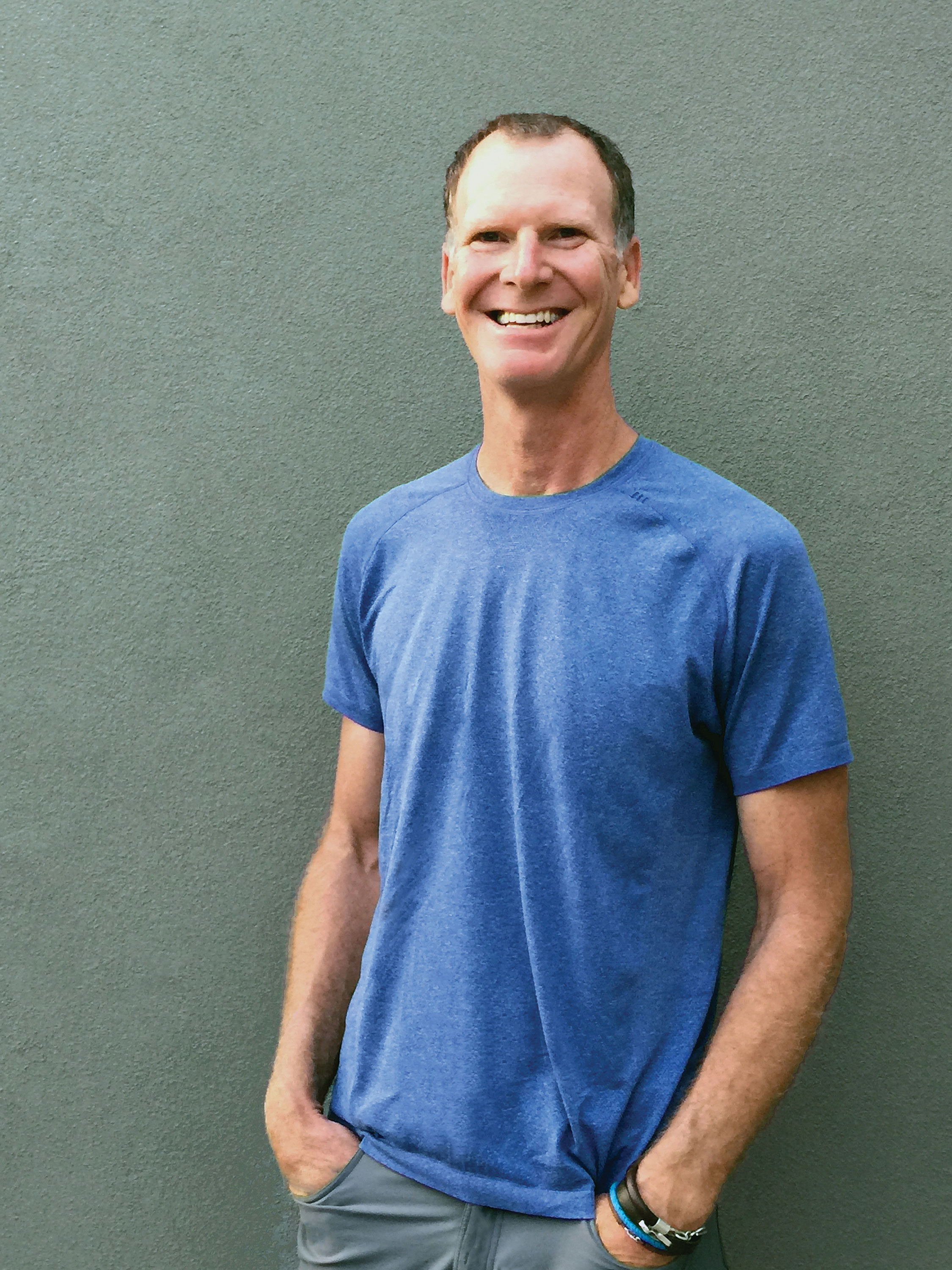 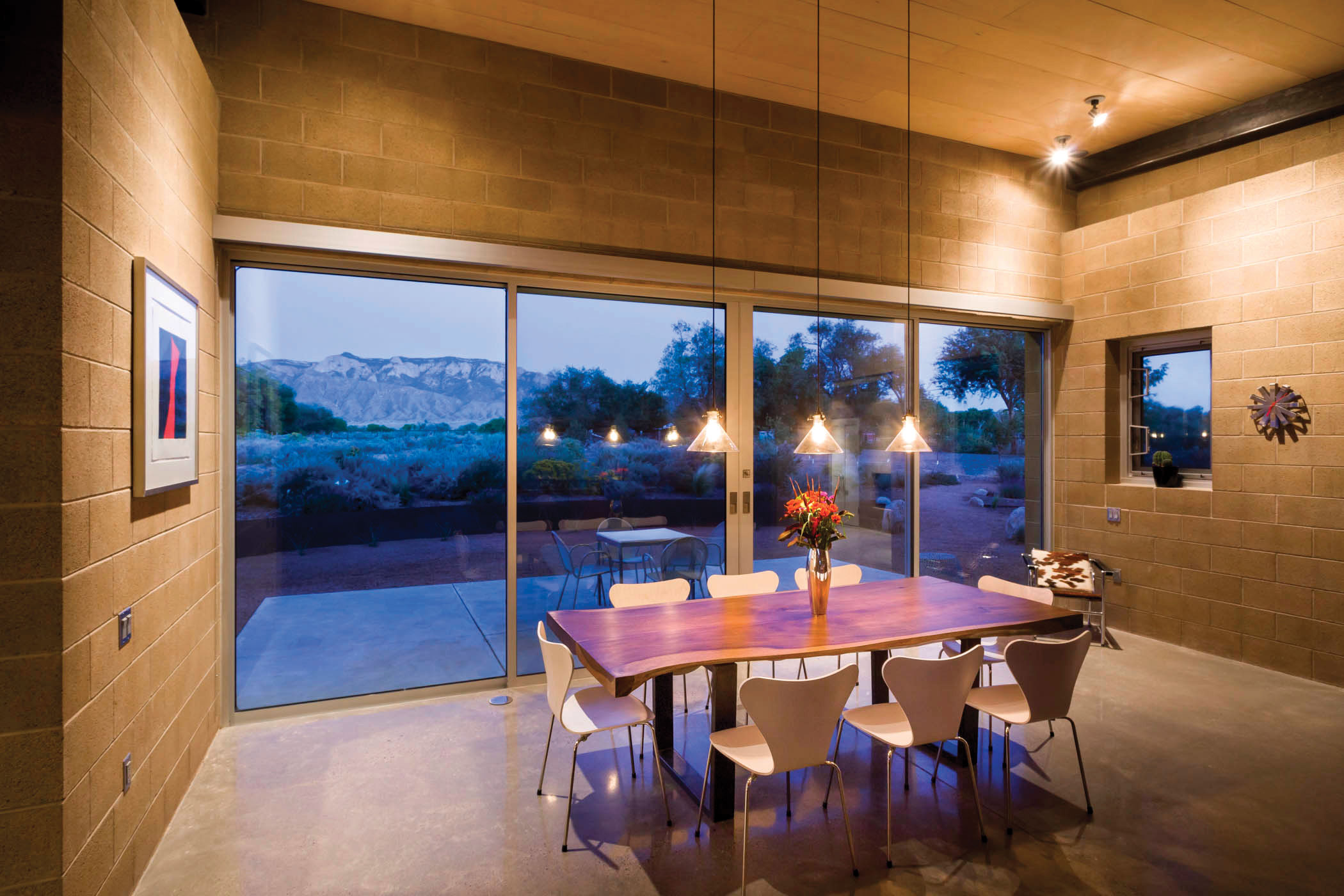 Krupnick worked with his clients to create an aesthetically pleasing home as well as the smallest carbon footprint possible. Photos: Kirk Gittings