Curator Peter Mears tells the story of a collector who was paging through an art magazine when his eye stopped on a Frank Reaugh painting. The pastel image was rendered in delicate shades that evoked the dusty haze of a West Texas sunset. In the distance, a herd of longhorns appeared as a small brown mass huddled against the vastness of the plains. Smitten, the collector went to a gallery to inquire about the painting, which he envisioned filling an entire wall in his home. To his astonishment he discovered the painting was all of six inches wide.

This is one of the remarkable qualities of the artist known as the “Dean of Texas artists” and the foremost painter of true Texas Longhorns, notes Mears, curator at the Harry Ransom Center at the University of Texas at Austin. Reaugh (pronounced Ray) was masterful at conveying a sense of the Southwestern landscape’s boundlessness and grandeur — on a very small scale, says Mears.

Reaugh knew and loved the plains of his adopted state as intimately as any cowboy. As a result, his art was imbued with an authenticity that could only emerge from endless hours of study and observation among the longhorn herds and from days spent miles from nowhere on the demanding, magnificent land itself. “I like to be where the skies are unstained by dust and smoke, where the trees are untrimmed and where the wild flowers grow,” Reaugh once wrote. “I like the brilliant sunlight, and the far distance. I like the opalescent color of the plains. It is the beauty of the great Southwest as God has made it that I love to paint.”

At the peak of his career, between about 1890 and 1915, Reaugh was highly regarded and his art critically acclaimed. His work was accepted into two world’s fairs (in Chicago and St. Louis), and for many years his paintings were exhibited at the Art Institute of Chicago, the Pennsylvania Academy of Fine Arts in Philadelphia, the National Academy of Design in New York and the Texas State Fair. But his renown beyond Central Texas slipped away as Modernism, which he refused to embrace, began climbing into the spotlight of American art. Now a major exhibition and two new books aim to revive his reputation and reintroduce his genius to the world.

Frank Reaugh: Landscapes of Texas and the American West, on view through November 29 at the Harry Ransom Center, draws on the center’s extensive permanent collection of Reaugh’s artwork as well as loans from a number of other collections. Among these is the Panhandle-Plains Historical Museum at West Texas A&M University in Canyon, Texas, which houses the largest single collection of the artist’s work and is home to the only permanent gallery dedicated to Reaugh’s work, the Frank Reaugh Gallery. In conjunction with the exhibition, the University of Texas Press has published a handsome, well-researched and highly readable book, Windows on the West: The Art of Frank Reaugh, edited by Mears.

The artist’s life and work have also been the subject of almost 30 years of study by curator Michael Grauer of the Panhandle-Plains Historical Museum. Grauer’s research has culminated in a biography, Rounded up in Glory: Frank Reaugh, Texas Renaissance Man, set for release in spring 2016, by the University of North Texas Press. The subtitle reflects the fact that, along with art, Reaugh was intensely interested in history, botany, geology and archaeology, and was passionate about the need for a well-rounded education for young people. He was a highly influential art instructor, a key figure in the promotion of art and culture in Dallas, and an inventor with two patents to his name.

Charles Franklin Reaugh came honestly by his self-reliant nature and pioneering spirit. Born in rural southern Illinois, Frank was 15 when his family traveled to Texas by covered wagon in 1876. As the son of a ’49er turned farmer and carpenter, he learned early on about hard work. “I could shoulder a sack of wheat, could plough all day,” he wrote. “But … all I really wanted to do was paint the beauty around me.”

Reaugh’s mother, a former schoolteacher, encouraged his interest in drawing and fed his curiosity about plants and animals through nature walks and books. When the family settled on a cotton farm near Terrell, Texas, east of Dallas, open range stretched out forever beyond the farm’s fence and grazing longhorns appeared as the most handsome animal young Reaugh had ever seen. In the early 1880s, he began accompanying cattlemen brothers Frank and Jerome “Romie” Houston on trail drives, where he sat on horseback or buckboard and sketched the herds and immense land. Although he had copied many reproductions of paintings and etchings in magazines and books, he was 20, and in St. Louis on a trip to visit family, when he saw his first original painting.

Reaugh’s formal art education consisted of a winter of study at the School of Fine Arts in St. Louis in 1884 and continued at the Académie Julian in Paris in 1888, where exposure to pastels at the Louvre sparked his interest in what became his lifelong primary medium. While in Europe he also visited art museums in Holland, Belgium and Germany. Back in Texas in 1890, he moved with his parents to Oak Cliff, across the river from the young city of Dallas. He and his father built a studio in the yard, and Reaugh began offering art instruction. A few years later he invited students on the first of what would become annual sketch trips into West Texas and occasionally New Mexico, Arizona and Colorado, a tradition that continued for 50 years until he was 80.

It was on these monthlong outings — first by horse, mule and wagon, and later in a customized Ford Model T touring vehicle — that Reaugh’s gifts as an instructor, plein air painter and inventor were most clearly on display. Endless miles of rough terrain and harsh conditions demanded discipline, ingenuity and mechanical skills. The artist outfitted the Model T with foldout seats for sleeping, a chuck box and storage for gasoline, water, 30 pounds of personal items and art supplies for each of seven or eight students. Despite the daunting conditions and compulsory, crack-of-dawn painting sessions, he instilled a deep respect in his students. “He was very quiet and reserved, but when he spoke, he commanded attention,” says Grauer. “He was always Mr. Reaugh to his students.”

For Reaugh, there was nothing more important than working from life. “Nature’s beauty of design is matchless,” he wrote. For speed in working outdoors and for capturing ever-changing light and atmospheric conditions, he considered chalk pastels the perfect medium. But those available at the time were fragile and powdery, so he developed and sold his own brand of handmade pastel sticks — hard enough to sharpen for rendering details, sun-tested for pigment stability, and in colors specifically formulated to match the hues of the Southwest. He also designed, patented and manufactured a durable, lightweight folding lap easel. (His other inventions included a patented multi-use industrial pump, and a cooling device for internal combustion engines.) “Out on the plains he could capture the immense scale and panorama, as well as focus down on details,” says Mears. “It was all of great interest to him.”

As much as Reaugh loved painting longhorns and the landscape, he also “felt a calling to bring art to his adopted city of Dallas,” Grauer says. The artist formed the Frank Reaugh Art Club and helped found the Dallas Art Association (today’s Dallas Museum of Art) and other organizations that promoted the arts and art education. Among his students were a number who went on to regional and national acclaim, including Reveau Bassett, Lucretia Donnell, Lloyd Goff and Alexandre Hogue.

As the world rapidly changed around him in the early 20th century, Reaugh felt especially called to preserve and share the bygone experience of the open plains. His most ambitious and well-known effort toward that end was Twenty-four Hours with the Herd. The series of seven large-scale pastel paintings follows a longhorn herd and cowboys through a day and night. In 1933, Reaugh first presented the paintings in Dallas as a multimedia event. On a darkened stage, empty except for a piano and large easel, each painting was unveiled in sequence while a system of colored lights with dimmers enhanced the image as though illuminated by the changing light of the sun and moon. Specially selected music and the spoken word were performed as each painting was revealed; a prose poem described every scene. Engaging multiple senses, the immersive experience was intended to be both educational and entertaining.

“I think Reaugh was very much a romantic,” says Grauer. “Like other Western painters, and like a lot of later writers and musicologists, he didn’t want people to forget how it had been. He captured what was, in a very visceral way.” 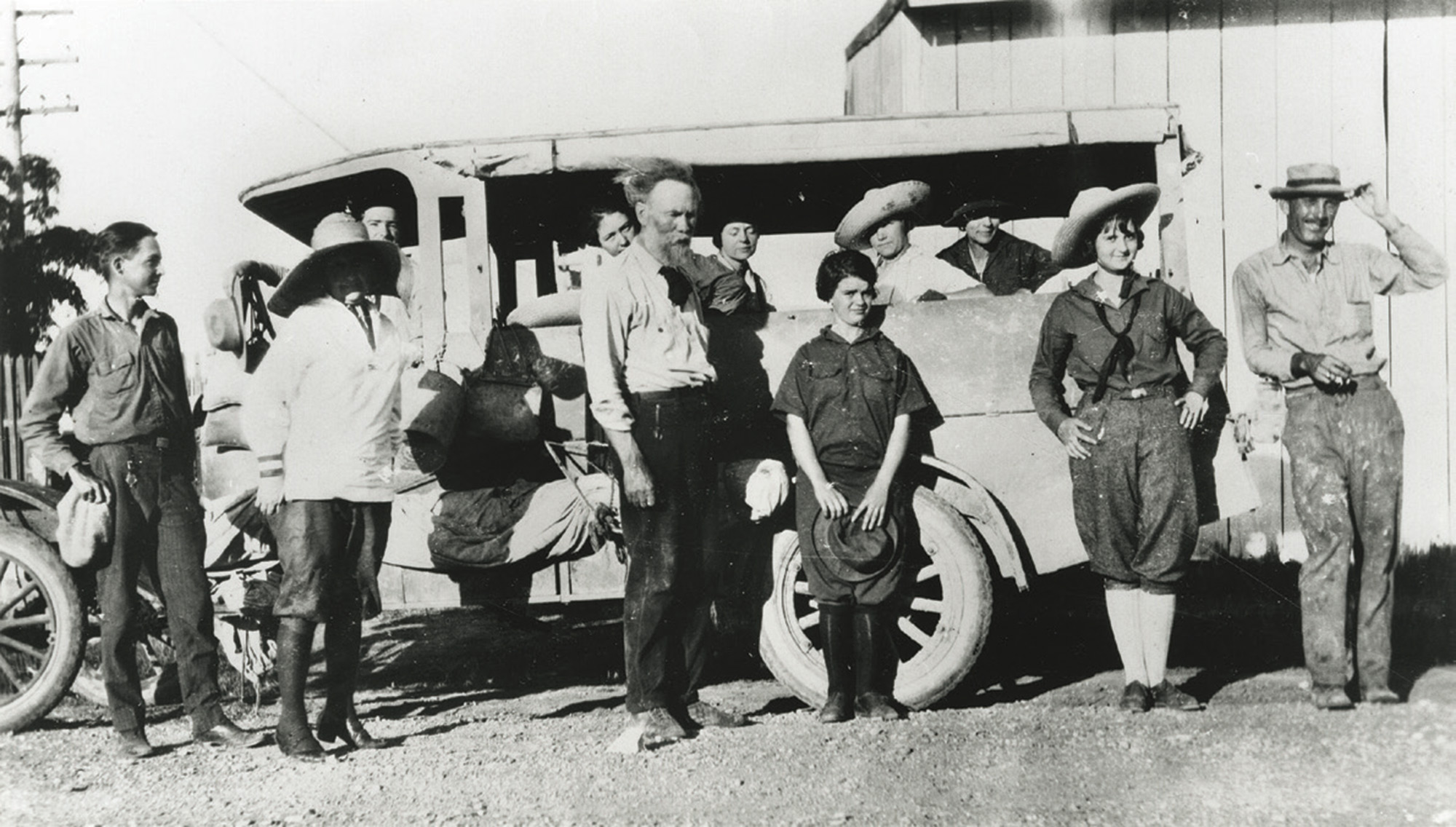 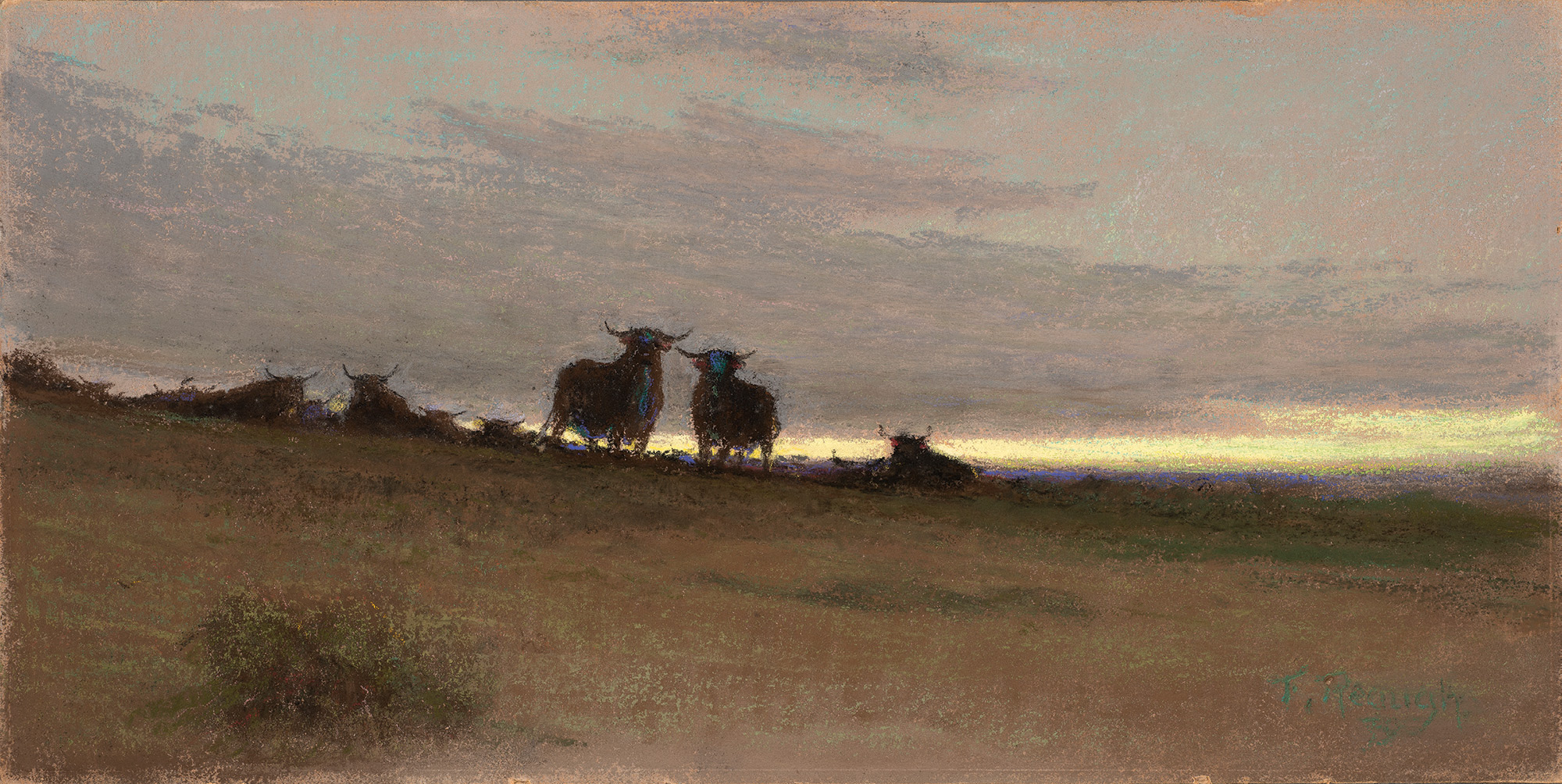 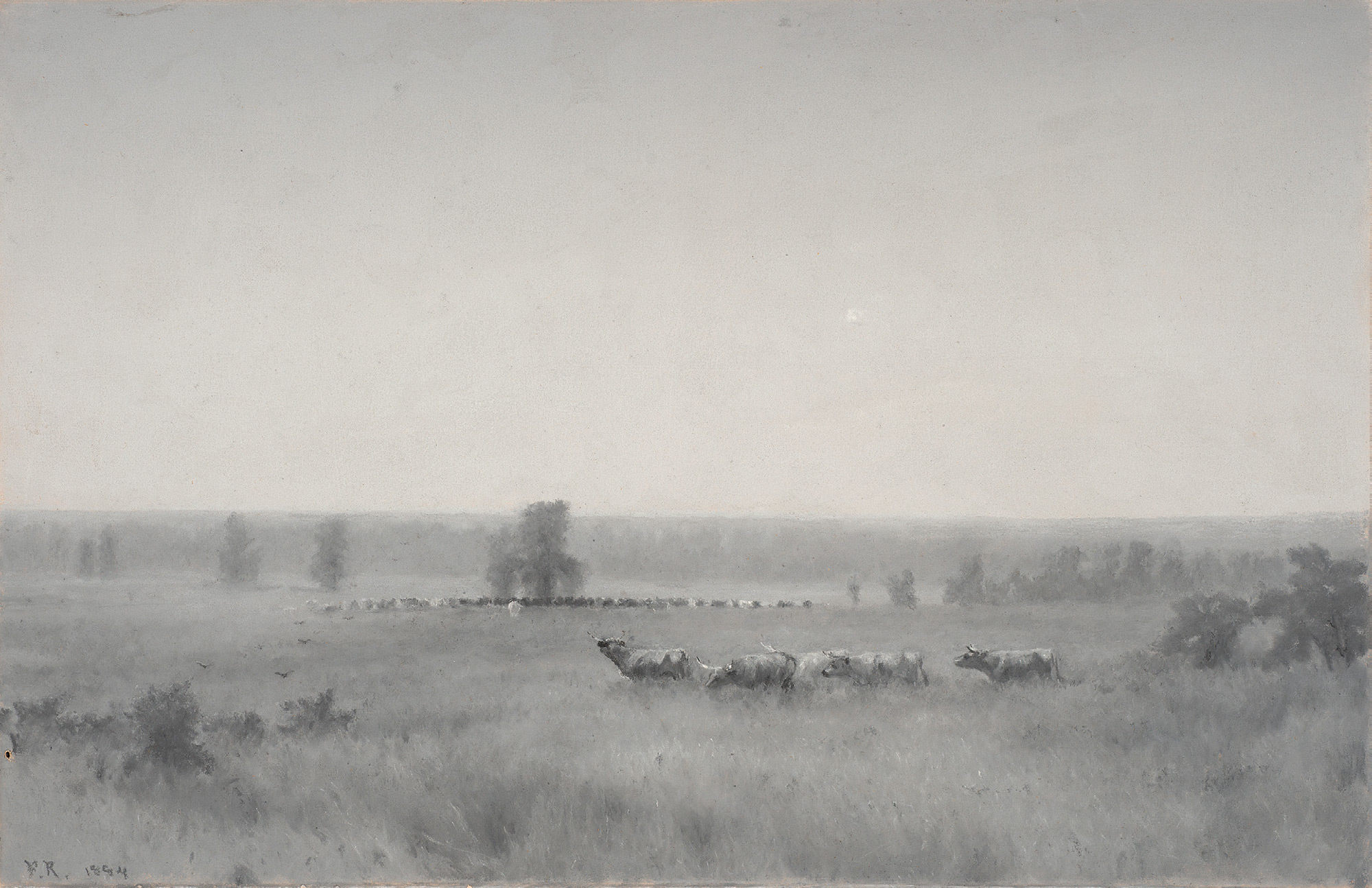 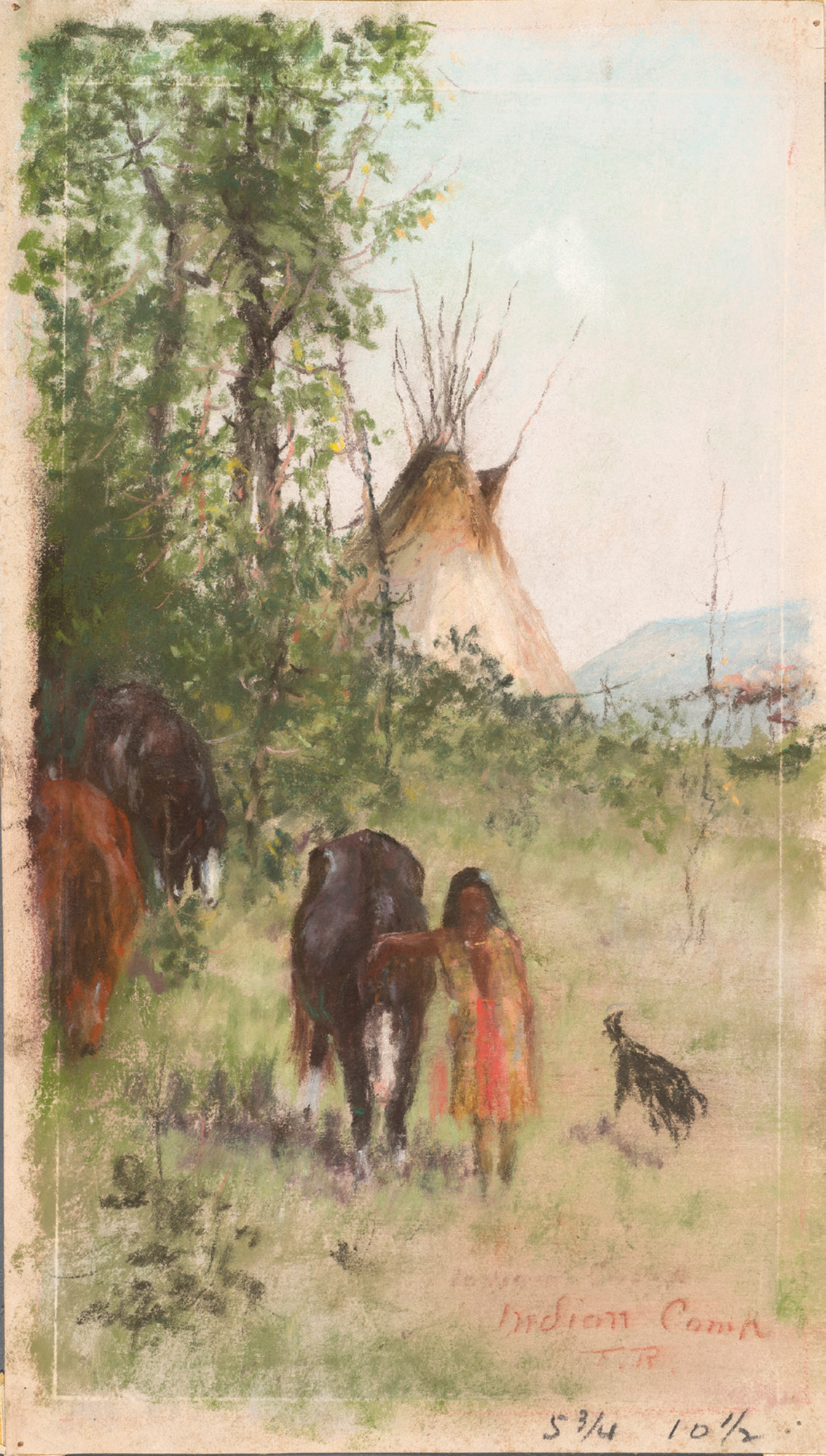 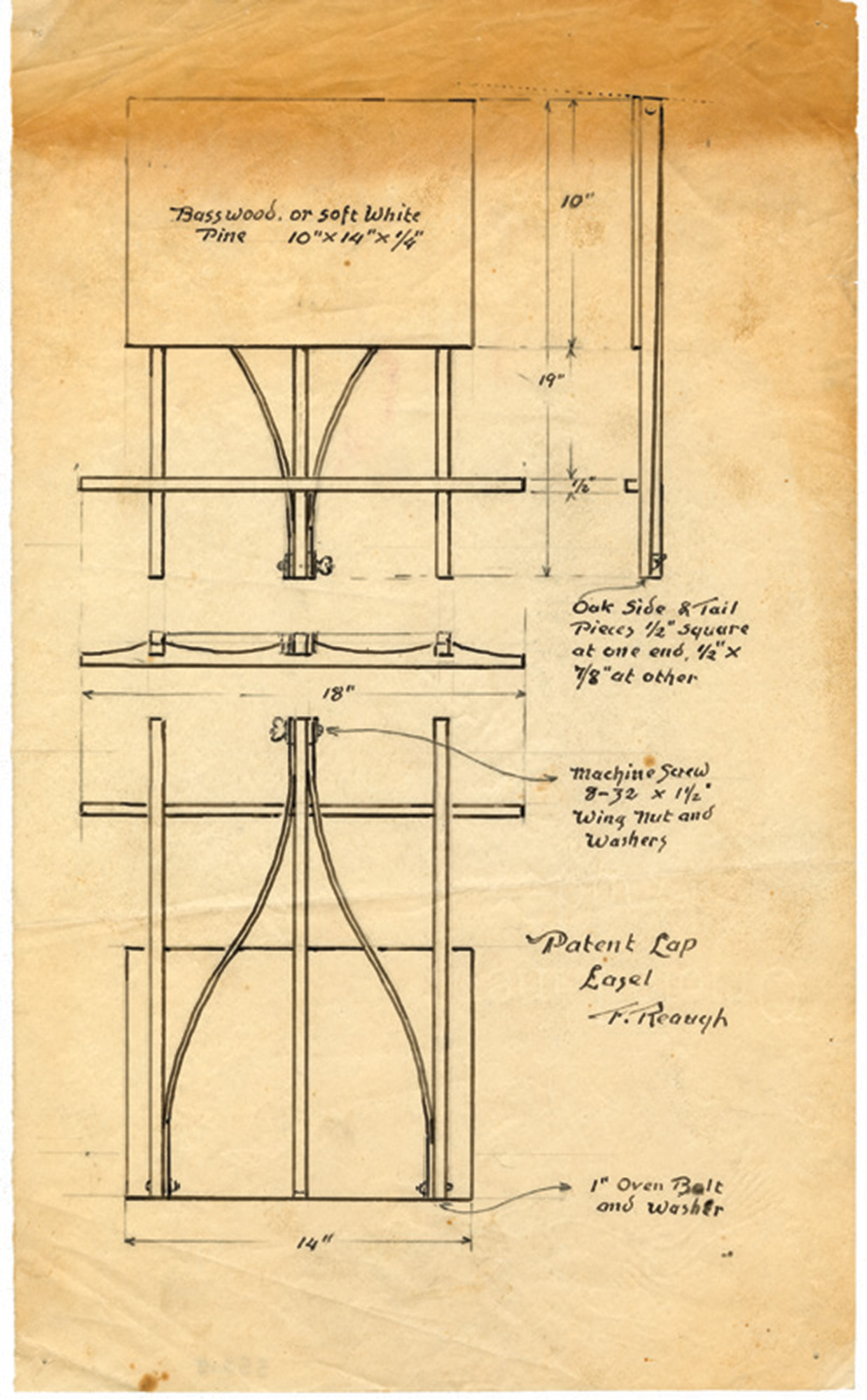 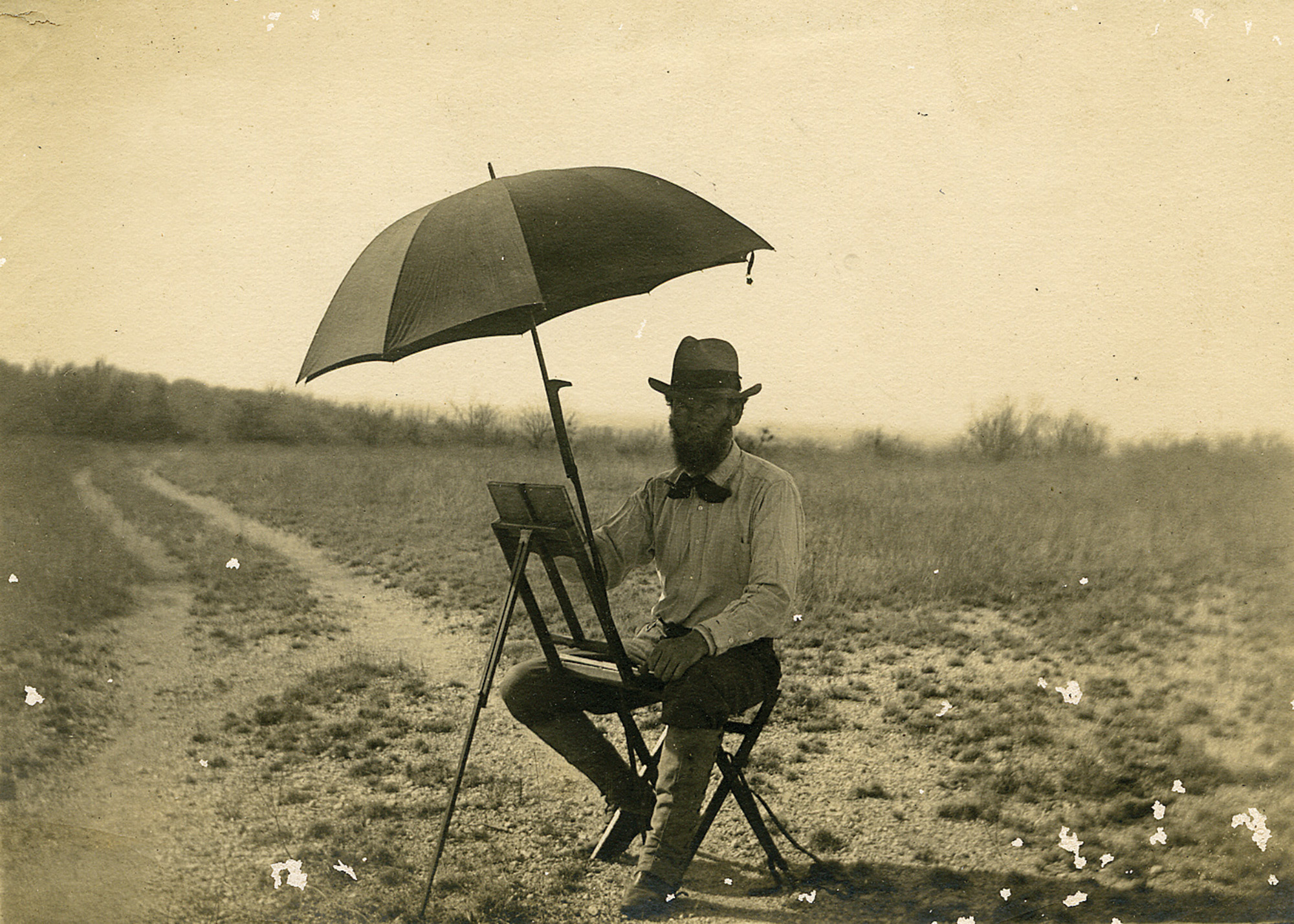