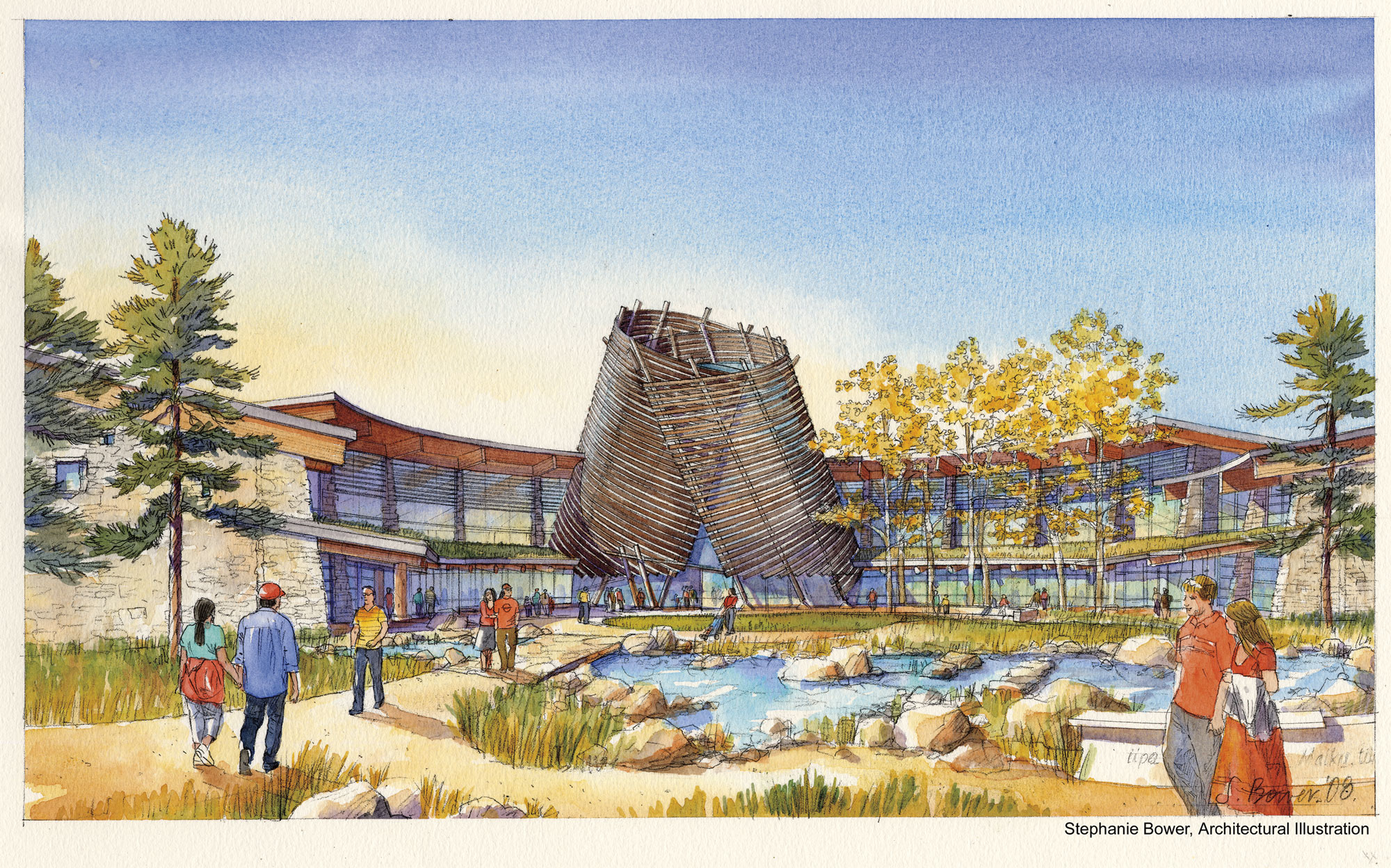 Inspired by an earnest desire to give voice to the land, the Seattle-based architectural firm of Jones & Jones came to life in 1969. For the past 38 years, the yearning and poetry of the land itself has defined the firm’s unique approach to architecture — weaving elements of architecture, landscape architecture and spatial planning to celebrate the history and wonder of people and place. The firm’s emphasis on conservation and cultural preservation has led to a number of project specialties including highway corridor design, museums, visitor and cultural centers, visual impact studies, natural systems planning, parks, greenways, recreational facilities and wildlife conservation.

Alongside a team of talented professionals, founders Grant Jones, Ilze Jones and Johnpaul Jones (same surname, different families) have worked to promote planning and design that resonate with nature. “Paramount to our evolving interest and practice,” explains Ilze, “is a commitment to understand how we live on the land individually and collectively.”

Decades ago, emphasis on zoological habitats and wildlife conservation sparked dialogue about the co-existence of science and culture. Projects began to grow in complexity and a concentrated effort to embody cultural imperatives pushed Jones & Jones toward a holistic approach to design. Mario Campos, one of the firm’s six principals, eloquently describes how Jones & Jones “helped promote a new trend in cultural design that integrated people, wildlife and landscape into a comprehensive design methodology applied to diverse project scopes.”

Taking in the magnitude of the firm’s repertoire is difficult. Whether working in the United States or globally with institutions, organizations or governmental entities, the Jones & Jones team incorporates diverse perspectives and consistently relies on client values as a springboard for sustainable design solutions.

Three of the firm’s current projects beautifully reflect its organic approach to design: US Highway 93, winding through northwestern Montana’s majestic Flathead Valley; the Southern Ute Cultural Center and Museum overlooking the Piños River in southwestern Colorado; and the Mercer Slough Environmental Education Center, gateway to the wetlands of Bellevue, Washington.

US Highway 93, spanning 55 miles through the Flathead Reservation of the Salish, Kootenai and Pend d’Oreille tribes, was designed to be America’s first wildlife highway. Plans to expand the highway almost two decades ago raised concerns from the Confederated Salish and Kootenai Tribes, and a strong desire to protect the valley from degradation led tribal leaders to form a partnership with Jones & Jones.

In 2000, Jones & Jones began working with the tribes and a group of engineers to identify parameters and recommend strategies for highway reconstruction. The highway was divided into eight segments between Polson and Navarro and in 2004 project plans were completed. Protection of precious resources including grizzly bear, moose, painted turtles, bullhead trout and indigenous plant species was critical. State and tribal records indicated that the original highway had acted as a barrier to animals moving across the corridor, and that new construction would disturb much of the native flora in traditional gathering areas. Jones & Jones addressed every issue and every concern with characteristic inventiveness.

A large right-of-way created the unique opportunity to re-envision the highway’s footprint among the graceful waterways, rolling foothills and rugged glacial peaks west of the Continental Divide. Senior Associate Charlie Scott explains how “rather than letting the highway be built as a straight shot, we looked at long curves that are integrated with the undulating features of the terrain.”

More than 40 wildlife crossings were devised by the design team to facilitate the movement of animals through natural drainages beneath the highway. Additional plans were made to restore disturbed plant communities — with many plants being provided by a tribal nursery, developed for the project. A series of highway signs designate boundaries and places that hold special meaning to the tribes. The markers evolve from the landscape, often indicating the common name, Indian name and literal translation.

In May of 2008, Highway 93 received the prestigious Design Excellence Award in Environmental Planning from the Federal Highway Administration and Federal Transit Administration.

The Southern Ute Cultural Center and Museum sits beneath snow-capped peaks in the southern foothills of La Plata County, Colorado. Five years ago, Jones & Jones was selected to design the project as an extension of the tribe’s living culture and historic traditions.

Bruce Arnold, Senior Associate, illustrates the personal impact of this opportunity. “To be welcomed into their community and participate in their lives has been one of the most amazing experiences in the past eight years and I look forward to working in this realm through the rest of my career with Jones & Jones.”

In Southern Ute culture, the Great Circle of Life is central to the Ute world view. The 50,000-square-foot building focuses around a conical-shaped welcome gallery, and extends on each side to form a semi-circle that completes the circular footprint through its extension to the landscape. Connected by the wickiup-inspired conical feature, the museum functions curve to the north while the cultural center spaces curve to the south. From both wings of the building, visitors are able to look out on a central courtyard landscaped with aspen. Locally sourced timber and stone complement circular patterns, overlapping with the wider landscape beyond.

“Architecture and landscape architecture are essential to our work with tribal communities,” explains Johnpaul. “But the greatest key for the tribes is finding someone who will listen to their stories and learn their ways of life, then work on a site or building plan that evolves from this perspective.”

Meetings with youth, teens, adults and elders revealed that everything — from the shape of a drum’s circular head to the form of a traditional shawl draped around a woman’s shoulders — represents the circular pattern that is central to the way the Southern Ute define their cultural space. Land and culture have been essential components in all of the firm’s work with tribal communities.

Before he passed on in 2007, Ray Patencio, beloved leader of the Agua Caliente band of Cahuilla Indians (clients for another project) eloquently described this type of project in a way that collectively represents its impact for the people it serves: “The museum becomes the elder, a virtual elder, for many generations to come.”

The Mercer Slough Environmental Education Center, gateway to the Mercer Slough Nature Park, will be the first LEED-certified building project for the city of Bellevue, Washington. Though conceptualized more than 20 years ago as part of an interpretive city plan, protection of plant and wildlife species has resulted in unique development challenges for Jones & Jones and its project partners.

Mark Johnson, Senior Associate, explains how the team approached the project. “We walked the site before we knew how we would derive the program. You have to start with site forces, which can direct the facility. The spiritual considerations are up above or buried down below as sun, wind, power and other natural forces drive the forms and shapes.”

The terrestrial buildings on the 1.5-acre site were designed by Jones & Jones to integrate with the landscape. The soft and peaty earth made it impossible to use traditional footings so the firm opted to use helical pilings recycled from an Alaskan natural gas company, raising the three buildings on stilts above the forest floor. Passive ventilation brings in the sounds of birds and other wetland inhabitants, and trees provide enough shade to prevent the need for air conditioning.

As a venue for learning, opportunities are unparalleled with spaces throughout where educators can leverage the natural environment to deepen student understanding. Green roofs provide opportunity for biological study and rainwater can be collected as it flows along rails from the sloped roofs. Whether participating as part of a class, being involved with the community center or spending time in one of the many gathering places, this project allows its visitors a unique vantage point from which to interpret the mysteries of the wetland ecosystem.

For Jones & Jones a focus on landscape renewal threads itself throughout hundreds of projects. In 2003 Jones & Jones was recognized by the American Society of Landscape Architects as the Firm-of-the-Year. Even as a boy, exploring the endless tidal flats of the Puget Sound, Grant Jones was building on the strength of his surroundings. “I’m in a relationship with the land wherever I am and I want to give it a voice,” he explains. “Once you realize you are not something different or special and that you are connected with the land, you realize you can help the land, but that it also gives you strength — it even ends up giving you identity.”

For Jones & Jones, there is no telling how this identity will continue to evolve. Each project is a journey along its own unique path — driven by the personal vision of its founders and a passion for the diversity of people and place.

Alexandra White is a freelance writer from Southern California who has lived in the Northwest, the Southwest and the Mountain West. Though she writes for a variety of professional entities, being raised on tales of the great American West has led to her passion for writing about the art and architecture that define the region. 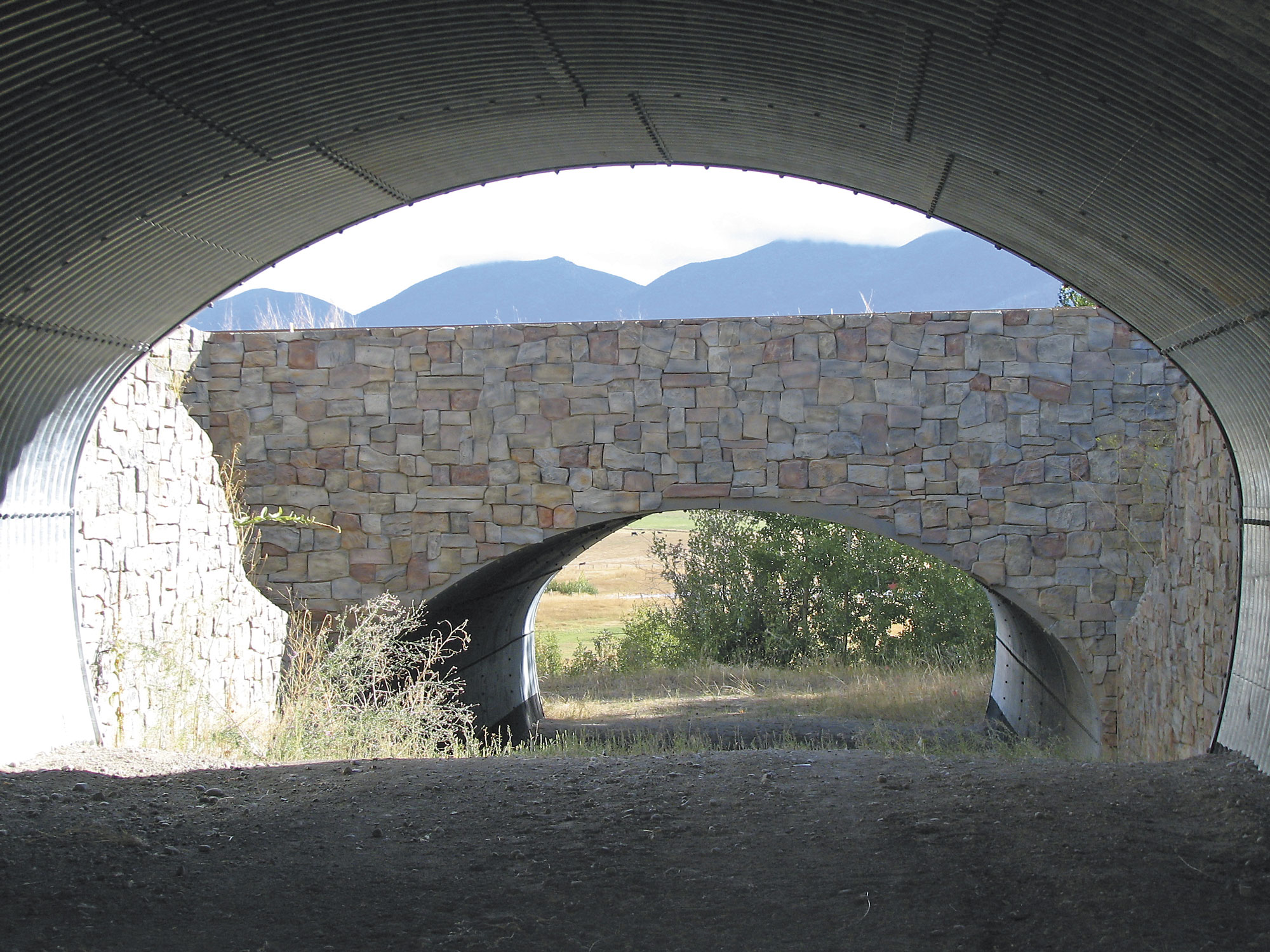 More than 40 wildlife crossings, such as this large culvert, give bear, elk, moose, and other mammals safe passage under US 93. 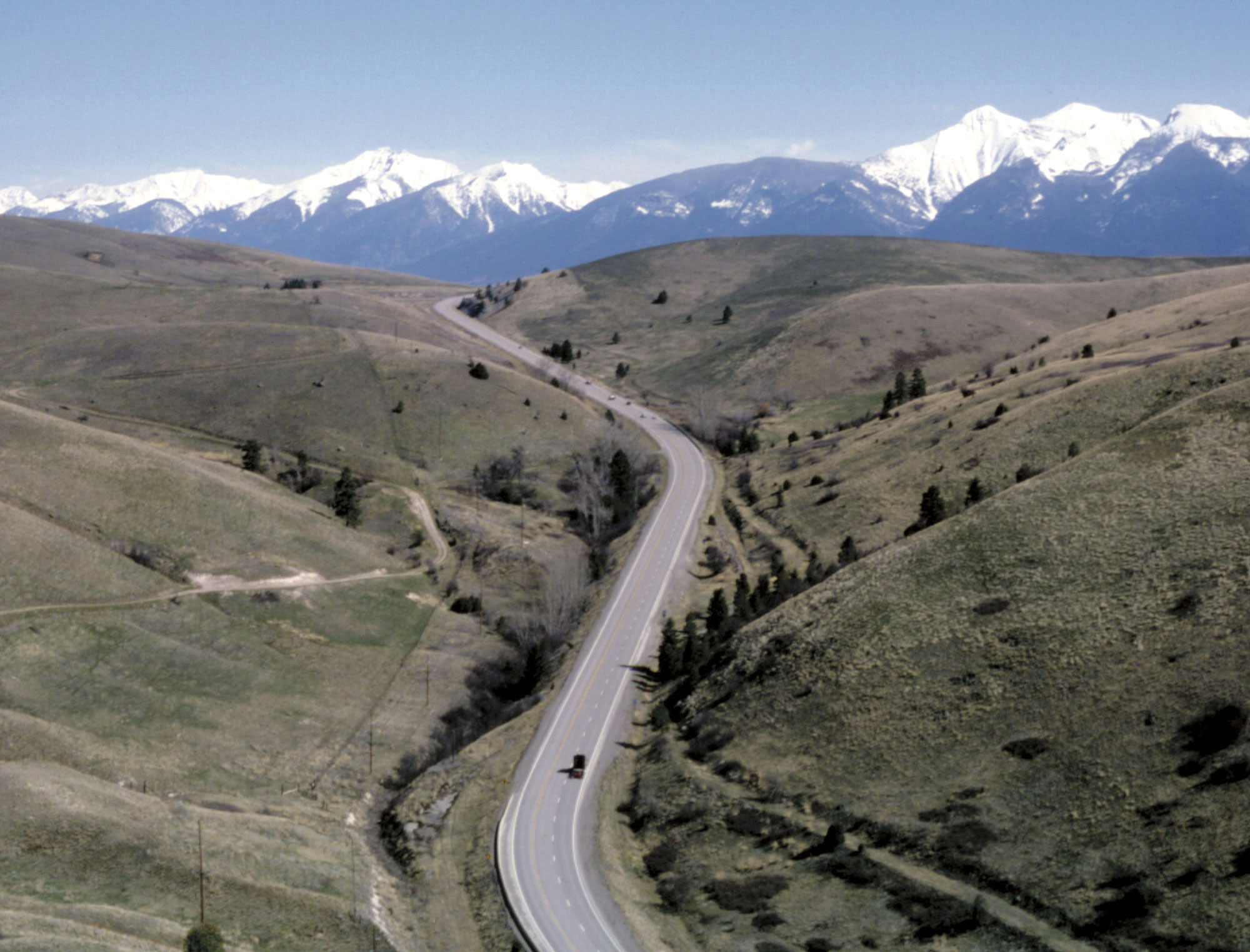 The Jones & Jones design of US 93 used the “land comes first” approach. Look at the land first, and then find ways to fit the road to the landscape. Rather than following the “straight shot” route of the old road, the new U.S. Highway 93 gently curves, visually conforming to the hilly terrain and undulating landforms in the larger landscape. 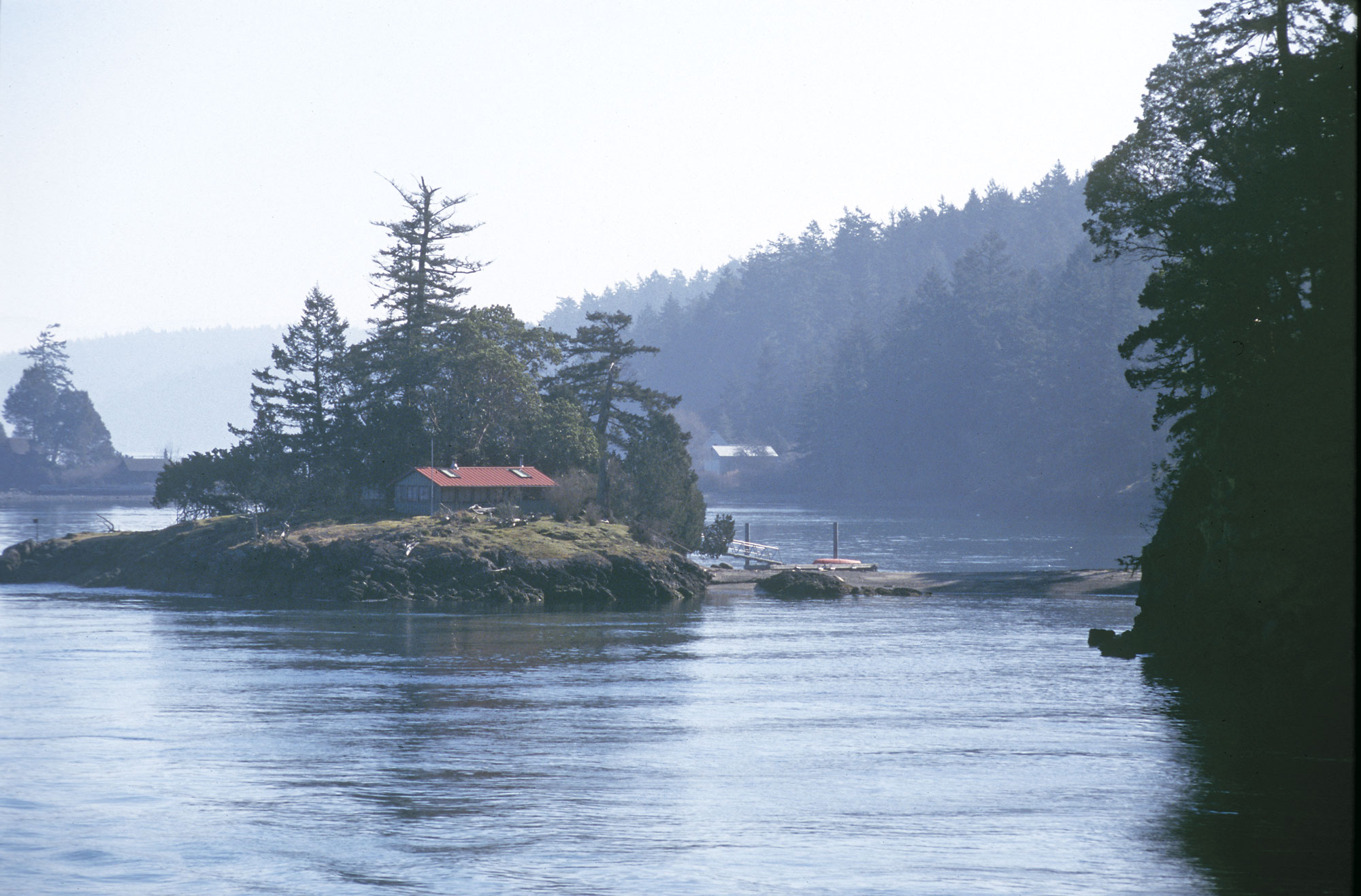 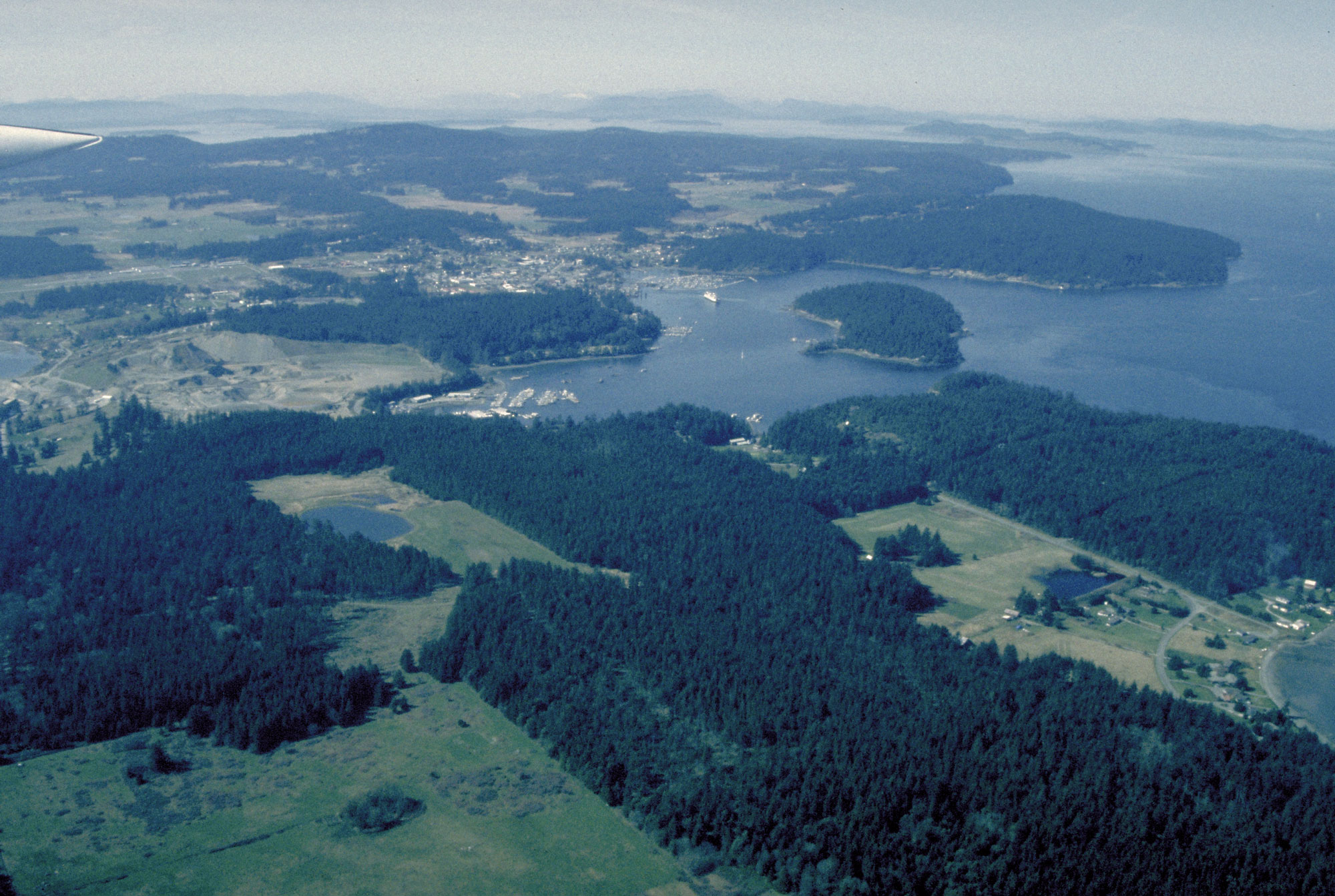 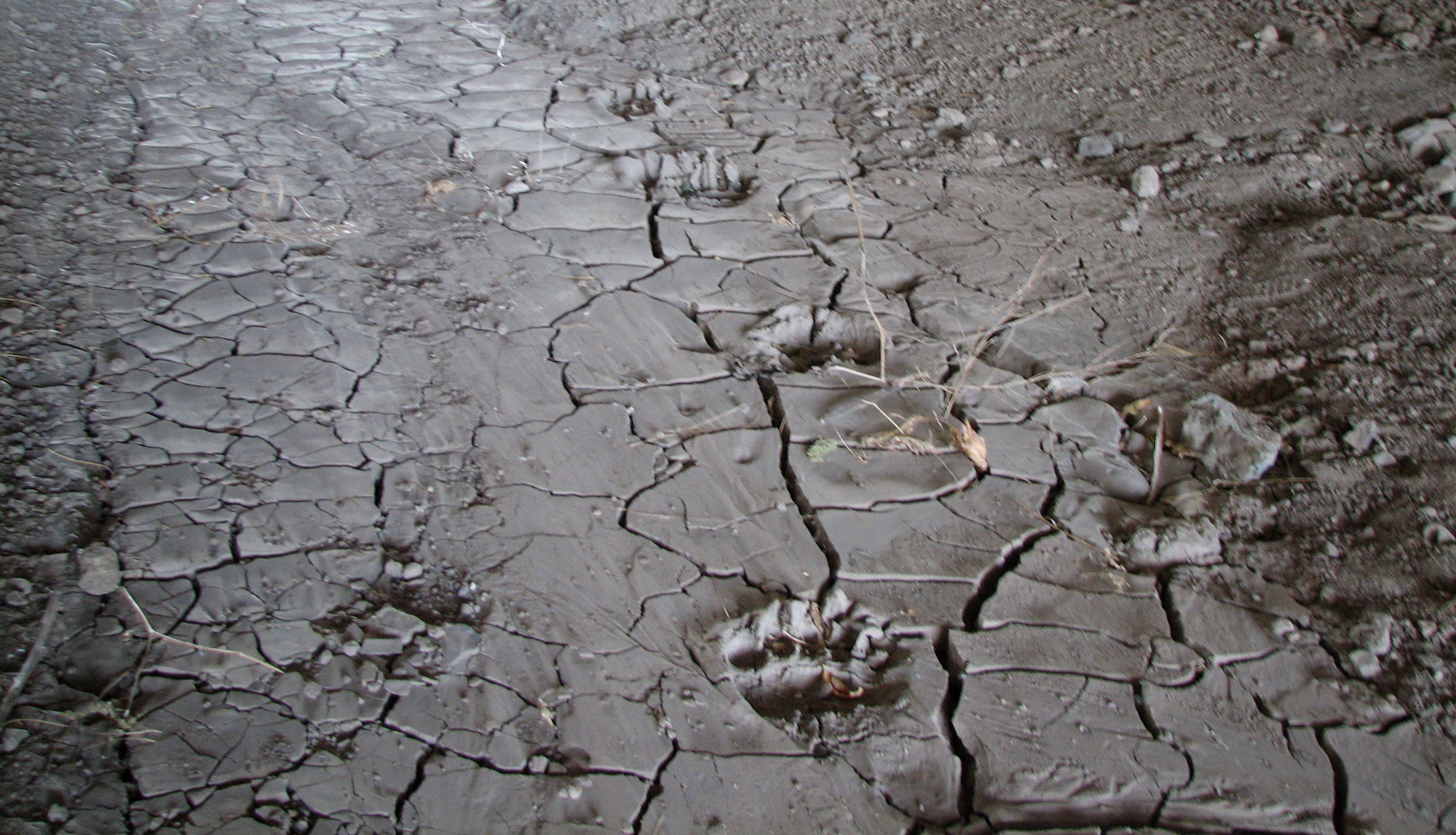 US 93 wildlife crossings provide natural earth for animals, such as grizzlies, to walk on. 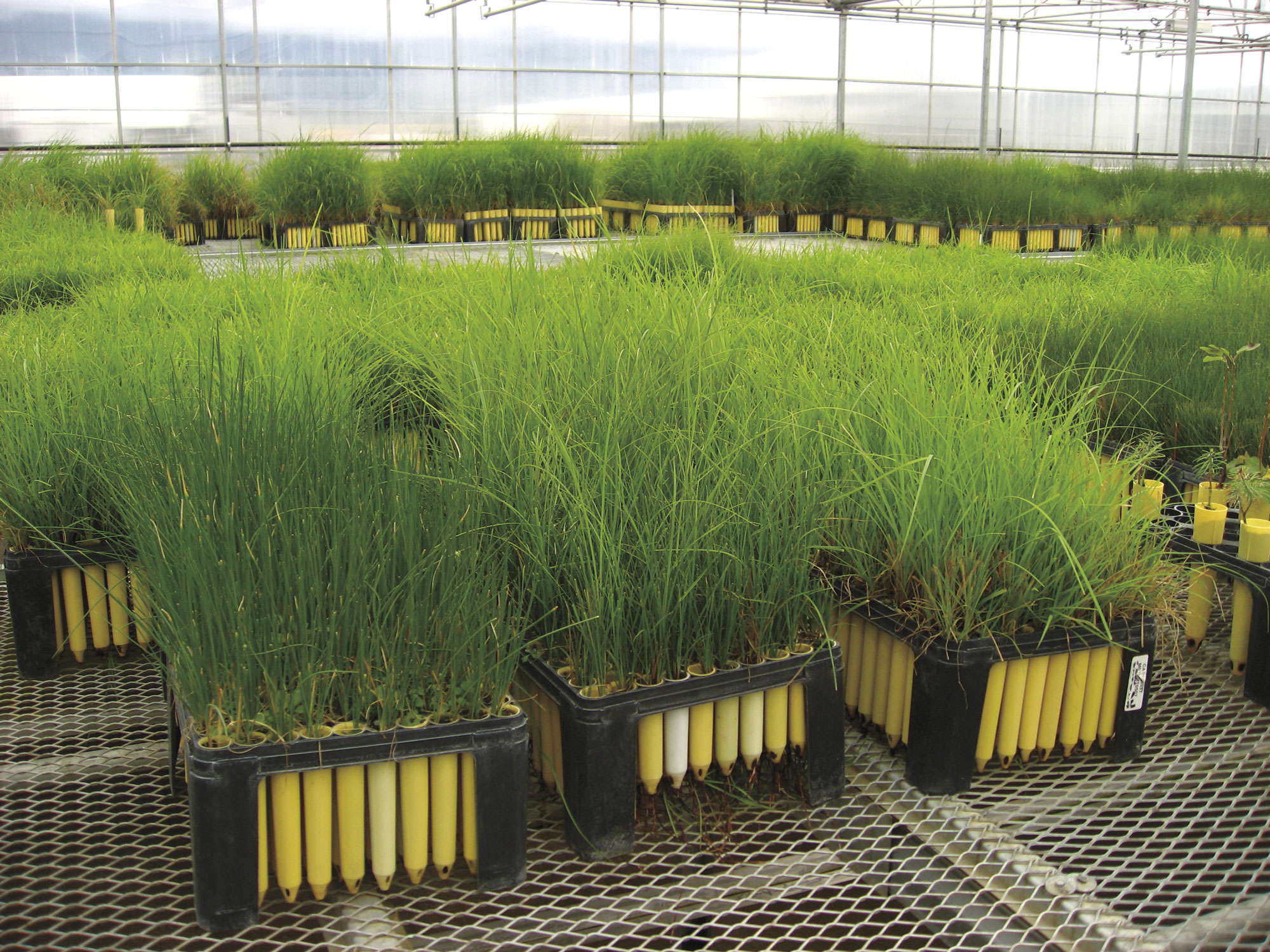 Restoration of the native vegetation along US 93 is so extensive, a tribally owned nursery was expanded to provide plantings for the highway. 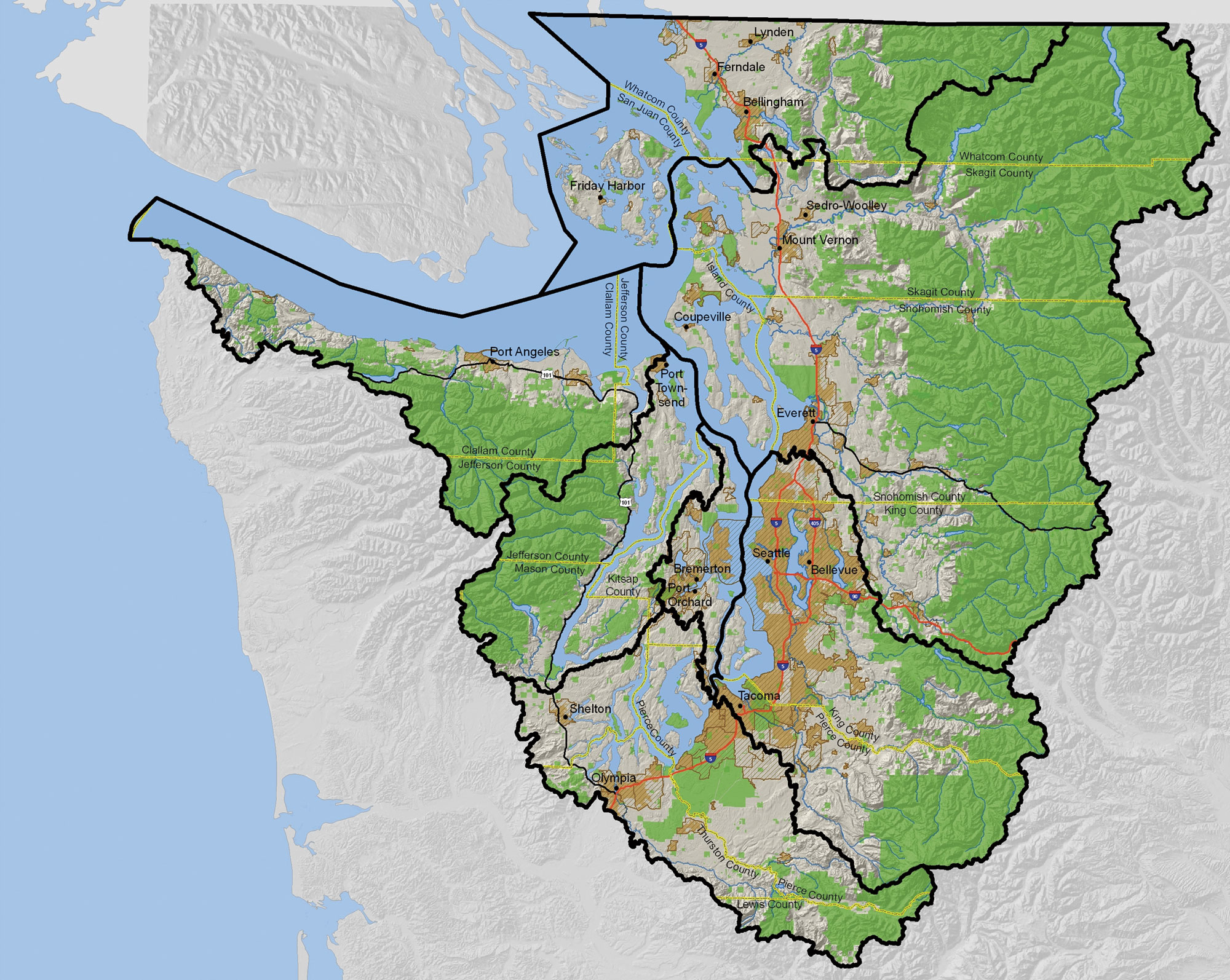 GIS Map of Puget Sound Basin: The firm’s history of work on behalf of the Puget Sound, its people and natural systems, has led to its collaboration with the Puget Sound Partnership. “Behind the curtain of all this beauty is a set of ecosystems in incredible decline,” explains Senior Associate and Planner, Jennifer Knauer. “Our role is to come in and work with a variety of specialists and stakeholders to better define the nature of the problem and the actions needed to restore Puget Sound to health.” 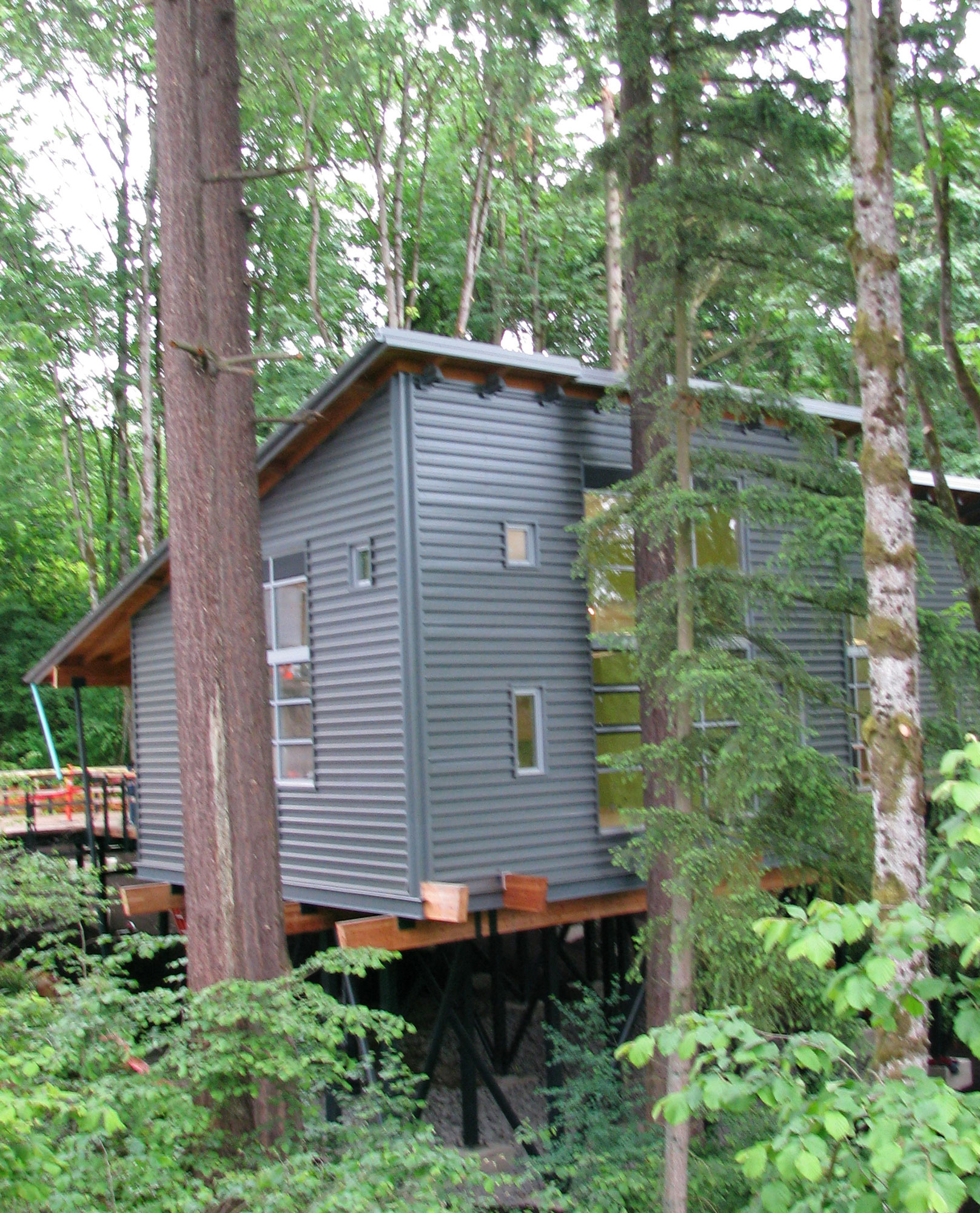 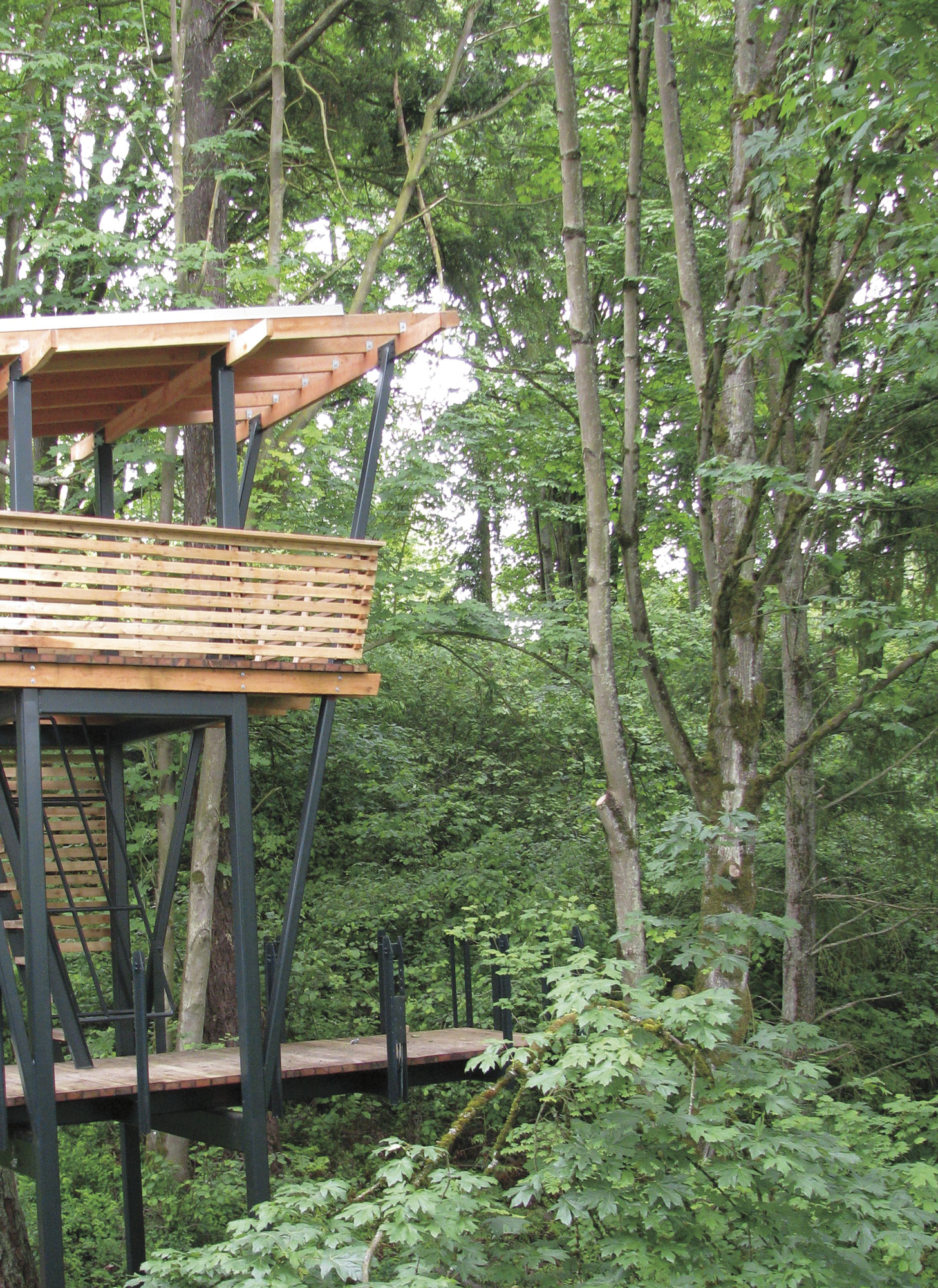 The environmental education center is supported by pilings to keep from disturbing the sensitive site. 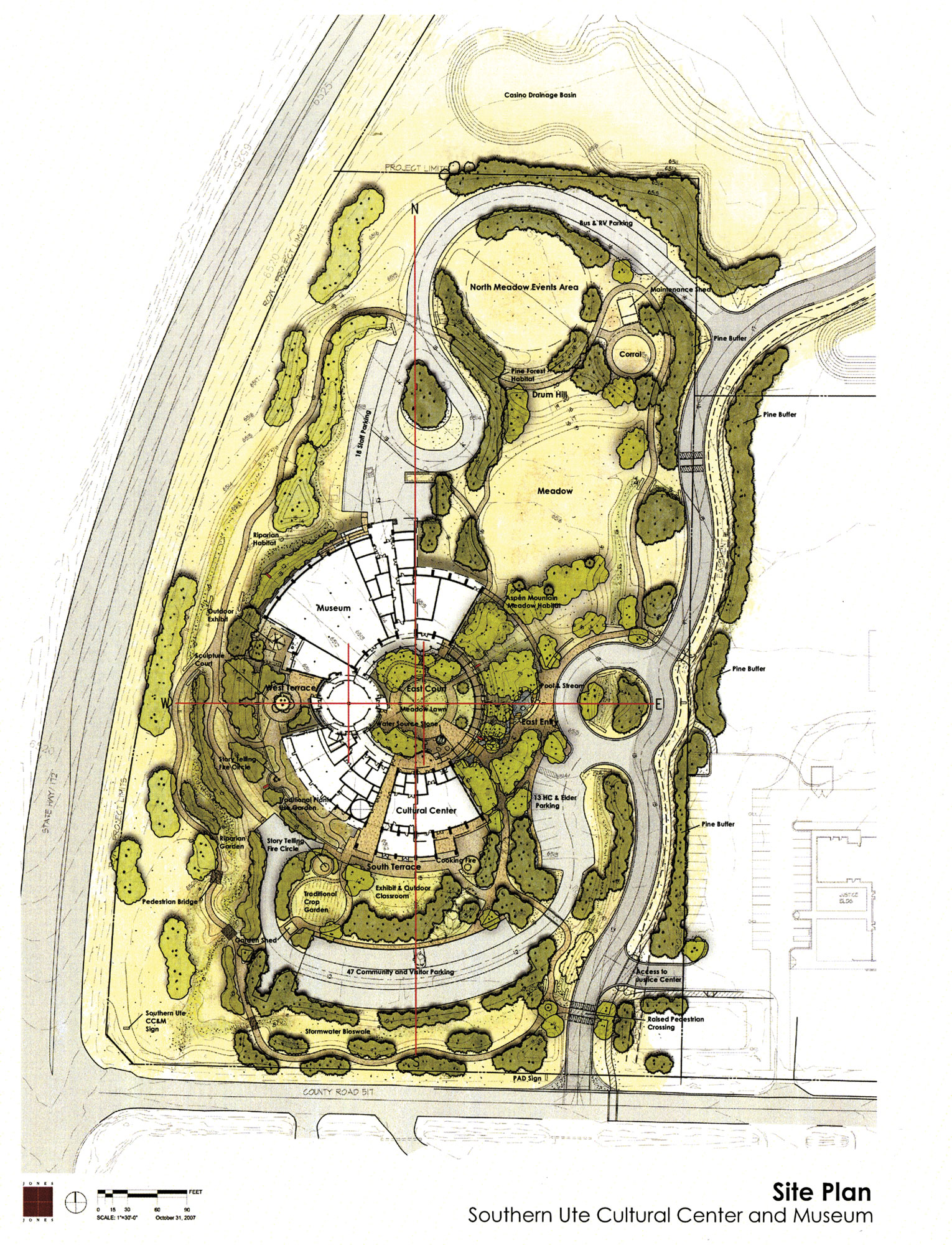