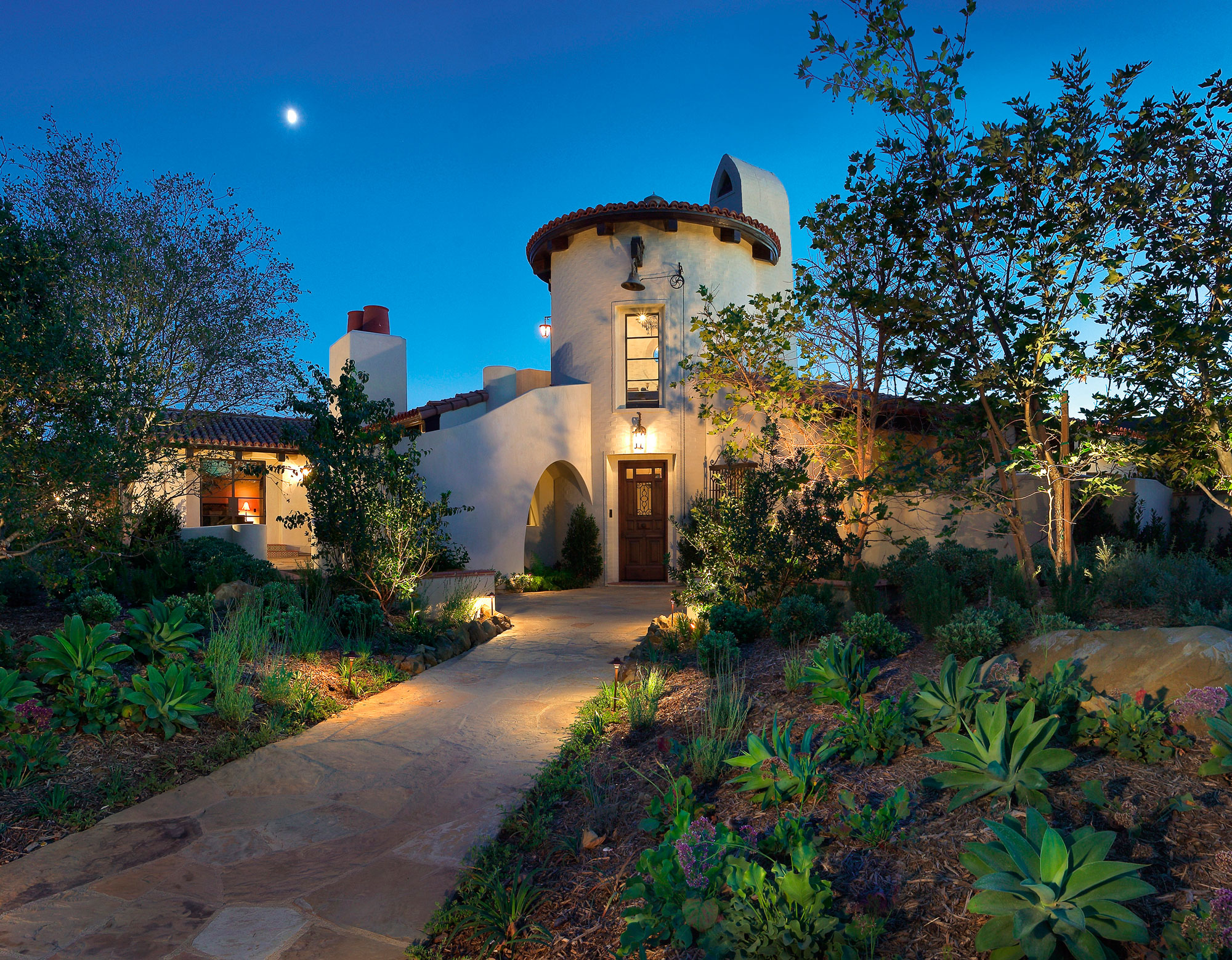 The McMonigle residence is an homage to the Mission-style architecture created by Wallace Neff in the 1920s.

Robert Hidey Architects occupies half of the second floor in an unremarkable modern two-story building set in a series of business centers scattered along Irvine Center Drive in Southern California’s fabled Orange County. There are no pedestrians, and despite tree plantings, the office buildings are basically surrounded by asphalt parking lots. It’s a far cry from what the firm espouses.

Founder Robert Hidey is part of a second generation of residential architects to make their mark on this fabulously wealthy, sunlit land south of Los Angeles. Hidey has, of course, worked elsewhere — most recently on varied commissions in China — but his career is inextricably woven into the development of Orange County, an important chunk of which is the 93,000-acre former Irvine Ranch, which includes the Gold Coast (between Newport Beach and Laguna Beach) inland to the Anaheim Hills.

Rather than sell off their land piecemeal to developers, the heirs of ranch founder James Irvine opted to develop their vast holdings themselves. In 1960 they hired architect William Pereira to set up a master plan. At the same time they sold 1,000 acres — for $1 — to the University of California for its Irvine campus, and Pereira’s plan created the surrounding city of Irvine, where Hidey’s firm now maintains its offices.

The plan also envisioned the creation of villages, shopping and business centers; planned communities to be interspersed with open space. In a time when, for the most part, suburban entry-level and mid-range housing consisted of tracts full of expedient box-shaped houses, the foundation mandated that builders must employ the services of an architect.

Robert Hidey himself grew up in the planned community of Palos Verdes Estates, on the peninsula that formed the southern tip of the Santa Monica Bay, originally laid out by the Olmstead Brothers (sons of Frederick Law Olmstead) for a wealthy East Coast developer. The first Spanish Colonial-style homes went up in the early 1920s. Today, it’s a beautiful, fairly cohesive bastion of traditional architecture, made even more attractive by the parks and open spaces laid out by the Olmsteads. But in spite of this obvious inspiration, at the start of his career as an architect, Hidey concentrated on commercial work. He spent a dozen years working for William Pereira, then for Johnson Fain Pereira, involved in a wide variety of commercial projects, including a hospital, an airport and a hotel. He was headquartered in Orange County, but commuted back and forth to the Los Angeles offices and traveled the world.

“Never thought I would do housing,” he laughs. “Just never thought I would go there.” But in the mid-1980s, when the firm decided to close its Orange County office, he decided to go into partnership with a Pereira colleague. Together they worked on academic buildings until they were approached to design apartments. From there, they went on to single-family dwellings.

It was Hidey’s first brush with the world of merchant builders who were transforming this part of Southern California from orange groves and cattle land to housing tracts and commercial centers. When his partner moved east, Hidey went on alone, designing Spanish-style houses in the Moreno Valley. “They were all doing this post-modern craziness, pink houses with white trim, it just didn’t make any sense. We’ve got this great heritage here, why isn’t somebody taking it more seriously? It’s not any more complicated, it lives well. We moved the merchant builder industry into this, just took it back to the architectural heritage we have here in California.”

While many architects look down on mass building, Hidey is one of a growing number who relish the challenge of creating livable, high-quality dwellings in planned communities. Orange County has become a breeding ground for pushing the envelope of what’s possible. And Robert Hidey Architects, with 30 employees in two offices, is often leading the charge.

Hidey’s childhood in Palos Verdes and acquaintance with Santa Barbara’s mix of Spanish, Moroccan and Mission styles made him uniquely qualified to create the detailed, high-end traditional housing for which he’s renowned. The firm’s core philosophy is to create livable spaces that blur the division between indoor and outdoor. To this end, the designs make liberal use of courtyards and loggias, and roofed, open “California rooms” that take the place of a traditional living room.

“The rooms are like pavilions,” he explains (adding that that’s why his designs appeal to the Chinese). “They daylight and ventilate well.” Both these qualities cut down considerably on energy consumption.

The project that put Hidey into the forefront of Orange County designers was the Mahogany community in Irvine, for which he won four Golden Nugget awards in 1996. He’s credited with breaking the then-mold of houses dominated by their multi-car garages. Mahogany was remarkably successful, hitting a surprising high of $1 million per house.

Hidey’s gone on to design and oversee the building of upscale tract houses in some of Orange County’s most highly regarded planned communities; the Sea Crest and Nautilus tracts in Crystal Cove on a hillside above the Pacific, and projects in Shady Canyon, a gated Irvine community on rolling inland slopes where tract and custom homes can resell from a couple of million to $18 million, even in this recession. The Santa Barbara Planning Commission has used one of his custom homes in Crystal Cove as an example for builders.

Asked about the appetite for greener, more energy-efficient homes, Hidey waves a hand dismissively. “Kind of this whole bandwagon of green stuff,” he says, “that’s what we’ve always been doing, which is designing responsibly. Yes, you can overlay high-efficiency systems and recyclable product on top of a building that daylights and ventilates well, but those principles have been with me from the very beginning.”

He wishes Orange County had more mixed-use developments, more neighborhoods where residents don’t have to get into their cars to shop or dine out. As land prices increase and, as a result, building grows more dense, this seems less impossible to achieve.

As for the future, Hidey yearns for a more diverse portfolio, something resembling his original career with Pereira. His work in China has afforded him chances to design much larger-scale projects, such as a resort on Hainan Island, for instance. Just as his work in Orange County originally attracted his Chinese clients, he hopes the work in China will lead to more stimulating work at home.

“I kind of fell into this housing niche with merchant builders,” he says. “We’ve made a big impact, and I think I did a lot to change it. I think I’ve kind of hit a wall. I want to stretch myself and the people I surround myself with.” 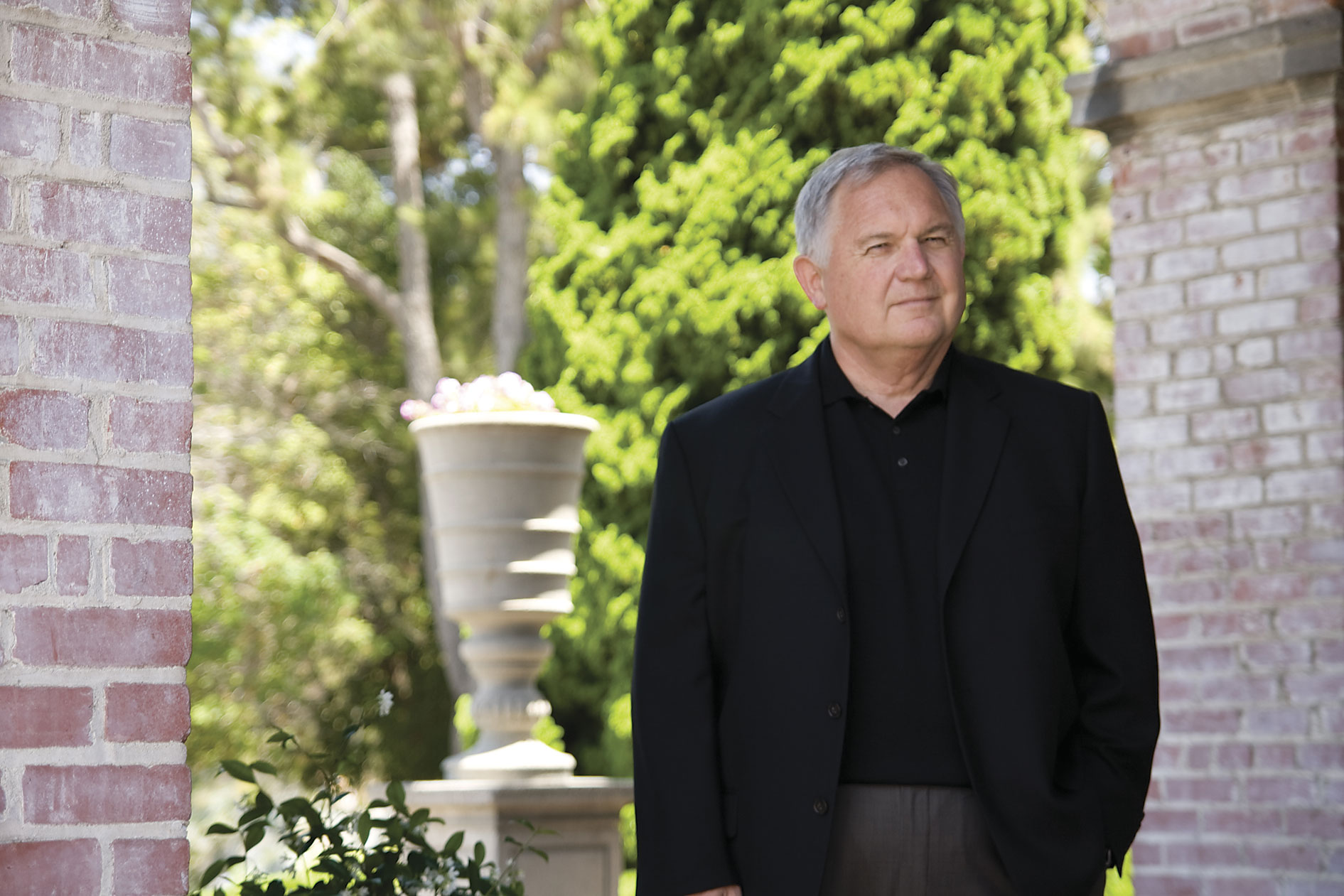 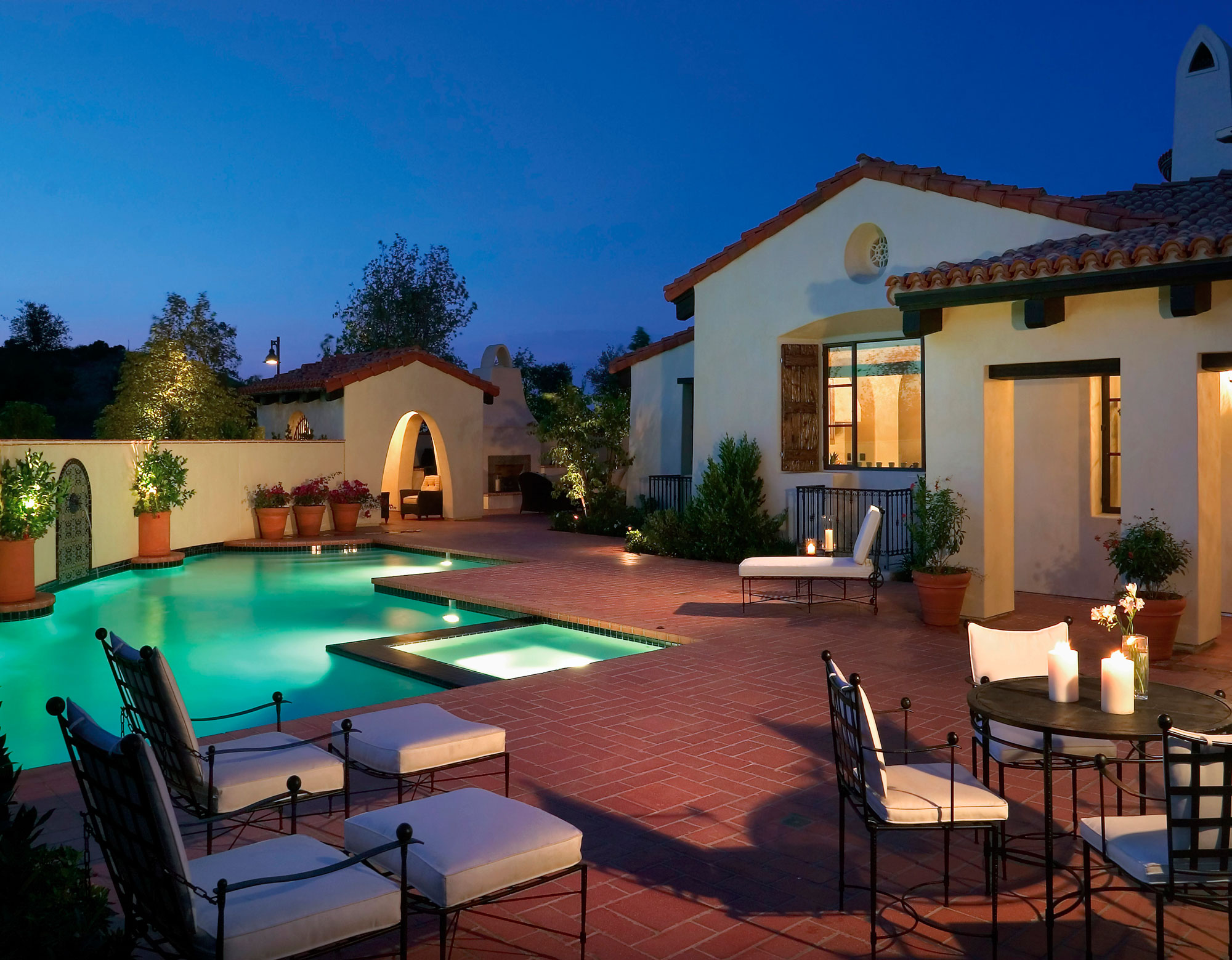 Sunlight floods the rooms around the pool at the McMonigle residence. 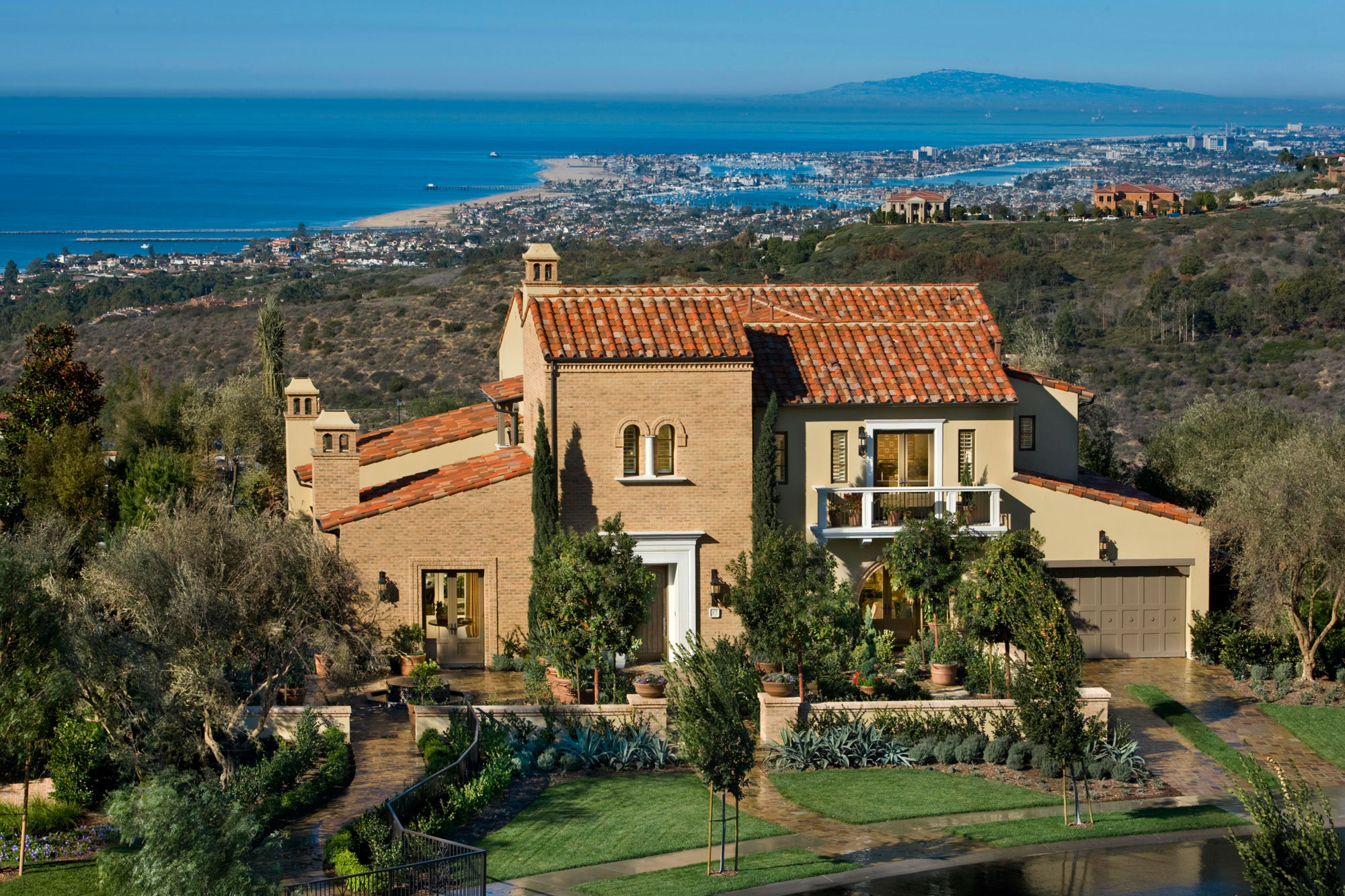 The homes at Sea Point are sprawling, high-end, semi-custom designs that were personalized for buyers. 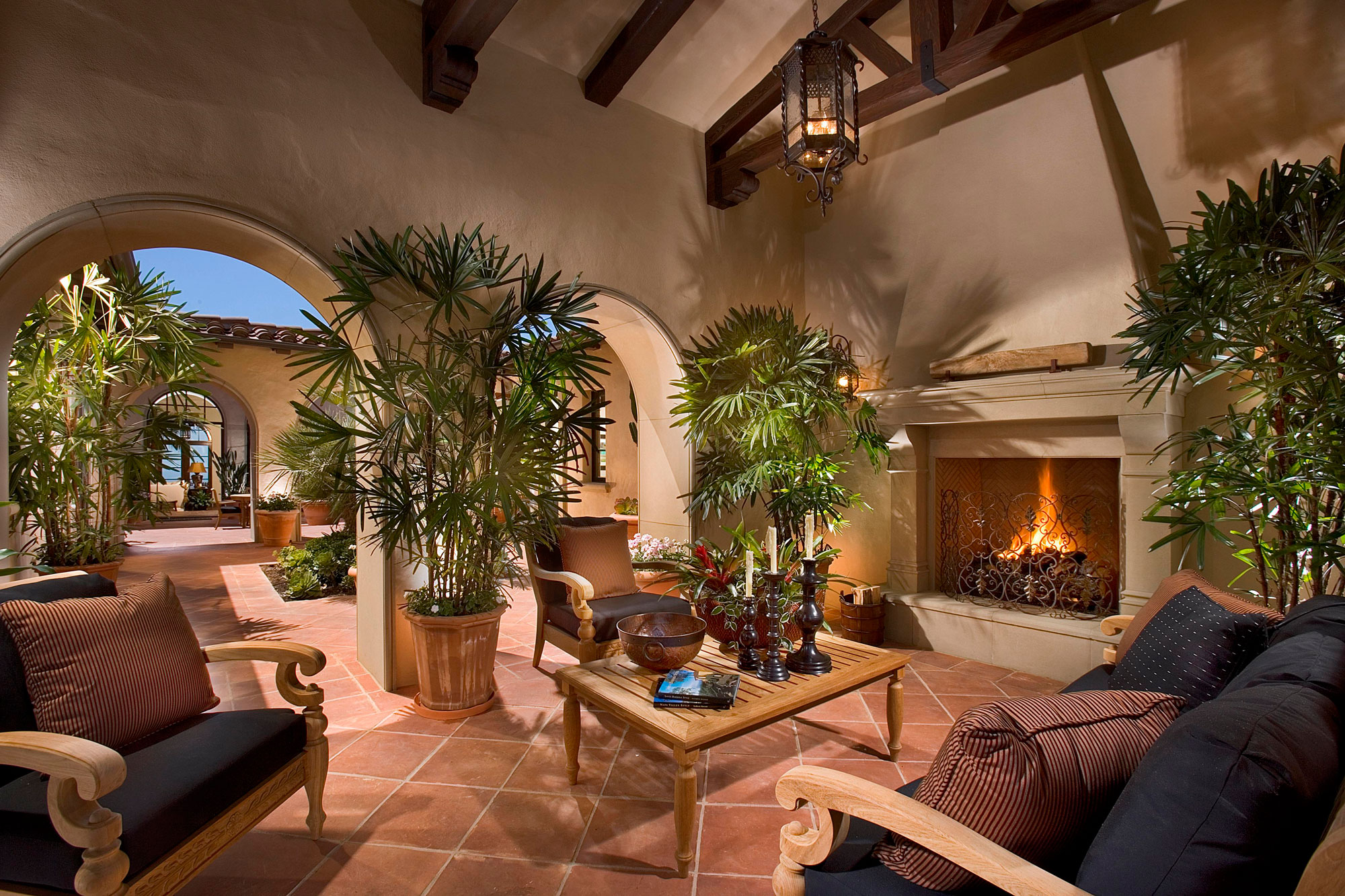 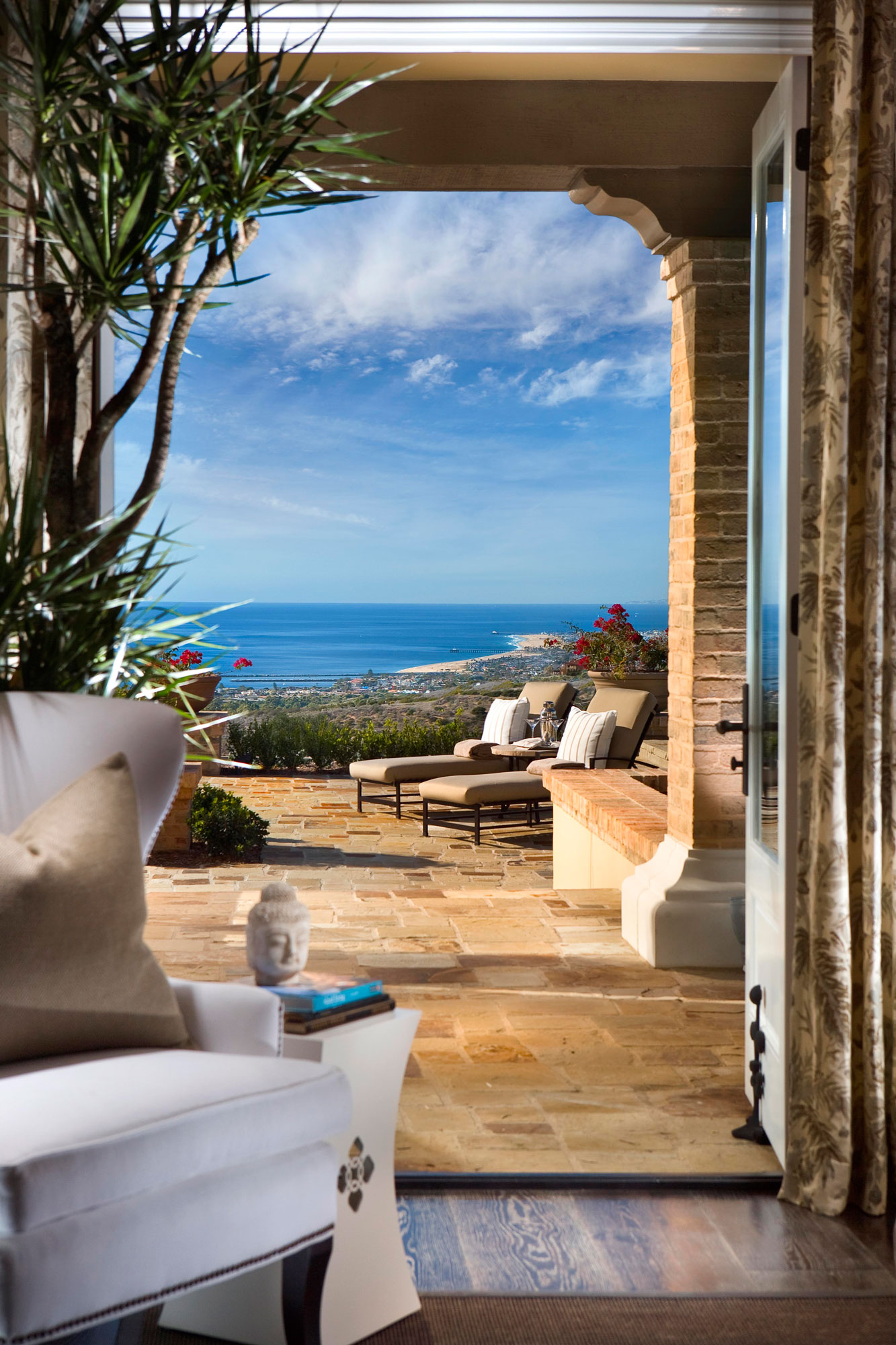 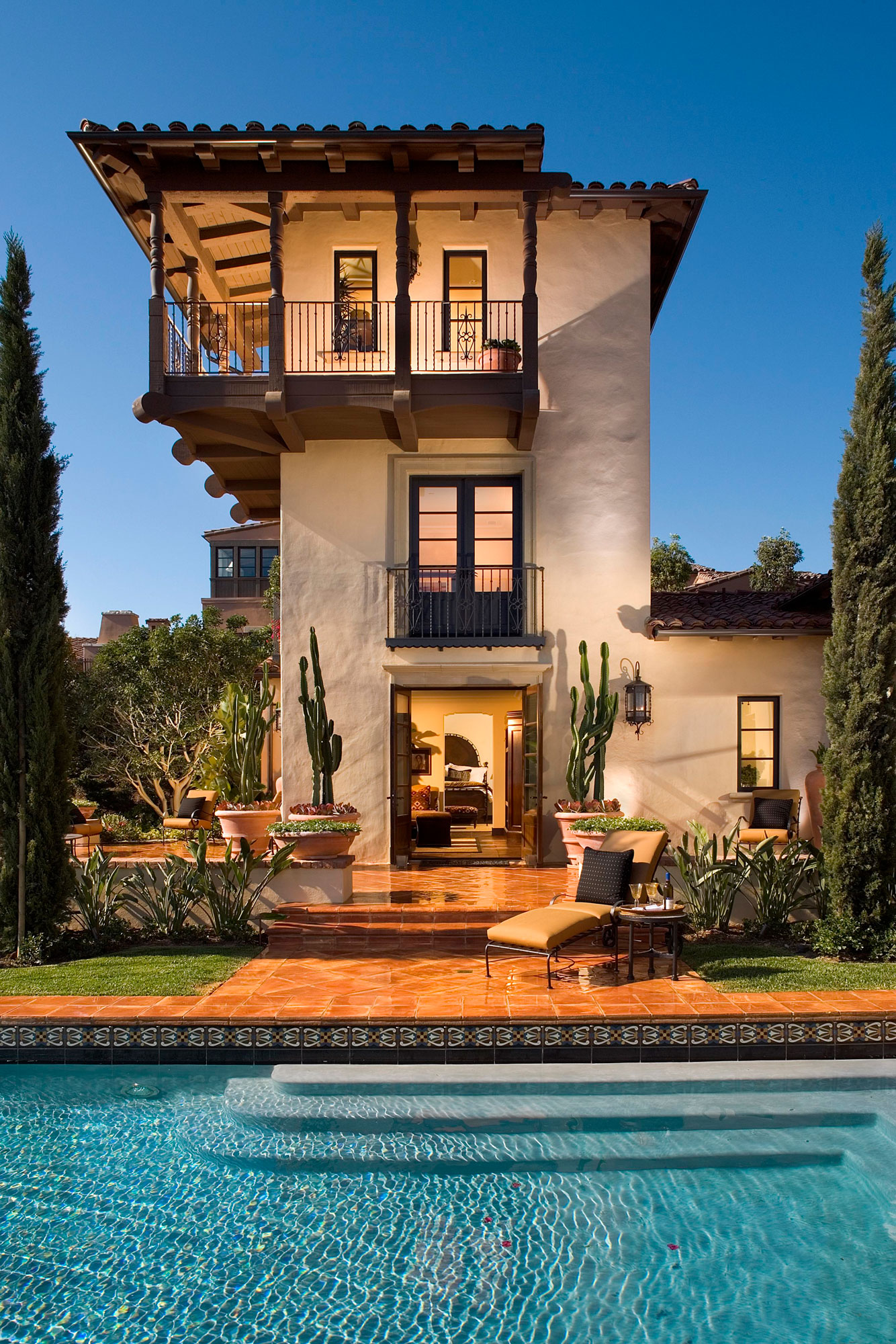 The tower at Sea Crest creates an aerie-like studio space.