Handcrafted Alpackarafts of Mancos, Colorado, has established itself among the leaders of packable rafts worldwide. Creator and owner Sheri Tingey and her crew make whitewater worthy rafts for any and every situation. The Yukon Yak, their most popular craft, has proven abilities for those who prefer long-range trekking, from sheep hunting to whitewater rafting in the Grand Canyon. The upturned bow produces quick-turning ability, easy ferrying and the ability to punch through big waves while the stern is designed for speed, stability, tracking and comfort. You can choose your Yak in various colors and add accessories if you wish.

Recycled, upcycled, redirected — whatever you name it, Rhode Island artist Boris Bally has done it. Long before it became a trend, Bally had the ability to see potential in ordinary objects and has been transforming them into chairs, tables, bowls, flatware and things you haven’t even imagined. These Transit Chairs show his mastery in remixing the ordinary. “Humanufactured” is how Bally describes his process. His sense of humor often plays a role in his creations as seen in this chair with a deer jumping over the top, just above a sliver of a crossing sign.

“All aboard for Fery-land,” writes professor Brian Dippie in the forward of the biography of one of the most celebrated artists of Glacier National Park. You might not know the name off the top of your head, but it’s been said many Americans have seen his art and didn’t know he painted it. Louis W. Hill of the Great Northern Railway was Fery’s primary patron, and because of that his work was seen in train depots, hotels, universities, ships, travel agencies and corporations around the world. He painted landscapes not only of Glacier but also of many other American West vistas. The hardbound book contains 284 illustrations along with the remarkable story of John Fery.

No one knows if Pan Am Airways’ iconic logo inspired this pair of rattan chairs or if instead the chairs are the artist’s homage to the most romantic era of aviation. Discovered in Key West, Florida, some 160 miles south of Pan American’s seaplane terminal on Biscayne Bay, one assumes a connection. Linda Haddock, owner and curator of Echo, a small extraordinary art gallery and vintage shop in Johnson City, Texas, discovered them 15 years ago and believes that their design is in the style of another icon of that era, Franco Albini. A Mid-century Modern discovery, they make a statement in any room.

Between the White Lines by Mark Sublette

What do pro golf athletes, art business insiders, a real estate tycoon and gifted musician Eva De Plain all have in common? The answer is they are characters in Mark Sublette’s newest stand-alone novel, Between the White Lines. A physician turned art dealer, Sublette is known for his art mystery series set in the Southwest, the Charles Bloom Murder Mysteries. His latest novel is about a priceless Thomas Moran painting, a treasure that holds the powers of salvation and how a gifted musician becomes an unwitting pawn in a struggle for the masterpiece.

Charles Supplee learned silversmithing from his father and from the famous French jeweler, the late Pierre Touraine. The man helped Supplee refine his techniques of creating traditional Hopi overlay, which he’d learned from his mother’s tribe. Supplee has taken American Indian jewelry beyond the ordinary, using stones from around the world. Included in his palette are pink coral from Hawaii, red coral from the Mediterranean, lapis from Afghanistan and sugilite from South Africa. The only traditional stone he uses is Lone Mountain turquoise found in Nevada. Fans who favor his gold works will love this gold corn pendant, which can be worn on a gold chain or on a neck wire.

As a graduate of the Bauhaus Apprenticeship Institute in Chicago, Mitchell Sandvig takes his love of architecture and interior design skills to new heights with this contemporary table. In a dedication to Modernism, he uses traditional woodworking practices in joinery, with no screws or nails. From his studio in north San Diego, Sandvig crafted this table using a 3-inch-thick red cedar slab made into an arc, and black walnut cross beams to support the glass. He uses reclaimed and salvaged wood to create his one-of-a-kind tables. We love this table for its simple beauty that fits as well in a contemporary home as in a mountain cabin.

A child prodigy, Nampeyo [1856– 1942] became one of the most celebrated of all Hopi Indian potters. She was proficient in gathering clay from the mesa where she lived, cleaning it and coiling it by hand before firing it over burning sheep manure. Steve Elmore spent 20 years researching his new book, which has excited Nampeyo collectors, including artist Bill Schenck. “Elmore discovered incredible facts that fly in the face of conventional wisdom concerning previously held beliefs about Nampeyo and her work,” he says. The book has been awarded the silver medal for nonfiction in the Mountain West division by the 2015 Independent Publisher Book Awards.

Who wouldn’t love to have this extraordinary teapot to show off at their next tea party? A dramatic beauty, artist Jesse Whipkey created it in black and cobalt borosilicate and then sandblasted it. The symmetry and balance in this vessel are the archetype of Whipkey’s creations. Its exquisite curves suggest Whipkey’s early career as a painter and sculptor. It was when he met the art of flame-worked glass that it became his passion. Working from his studio in North Dallas, Whipkey creates one-of-a-kind vessels — glasses, bowls and other objects that inspire him. 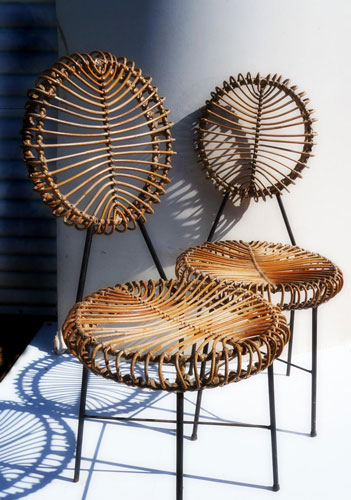 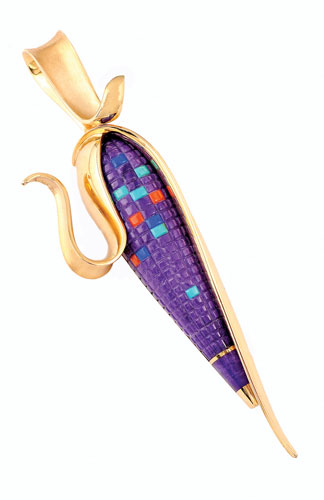 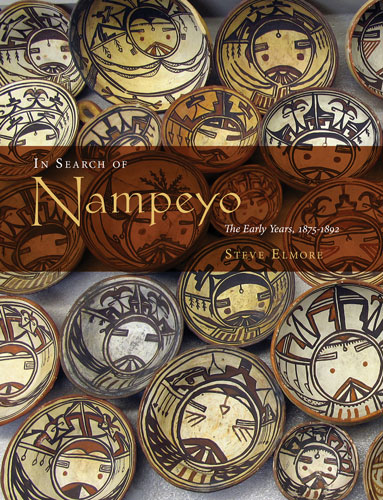 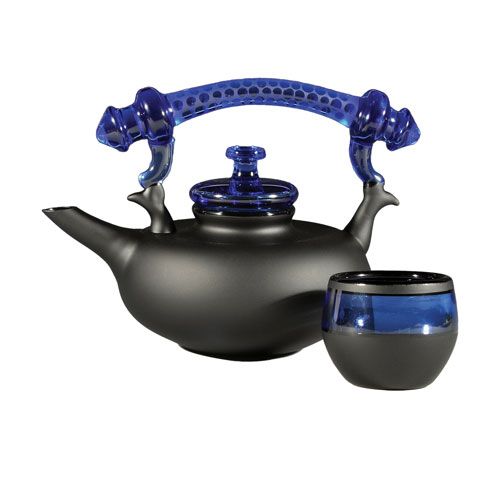 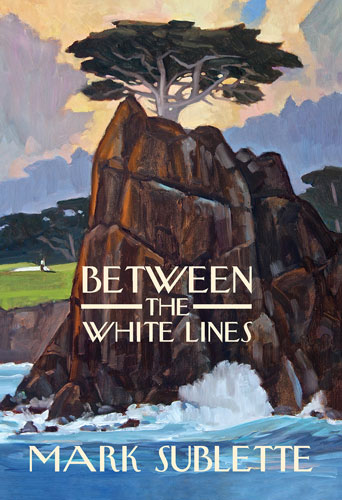 Between the White Lines by Mark Sublette 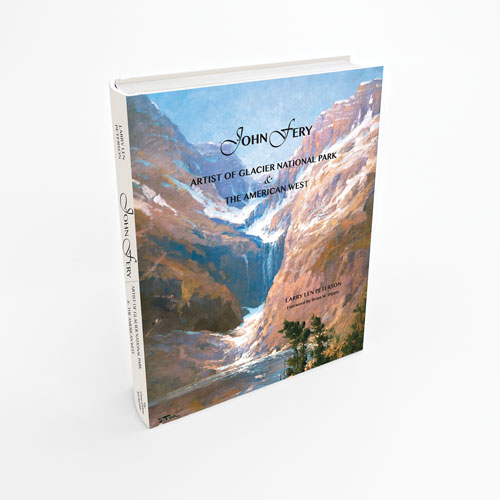