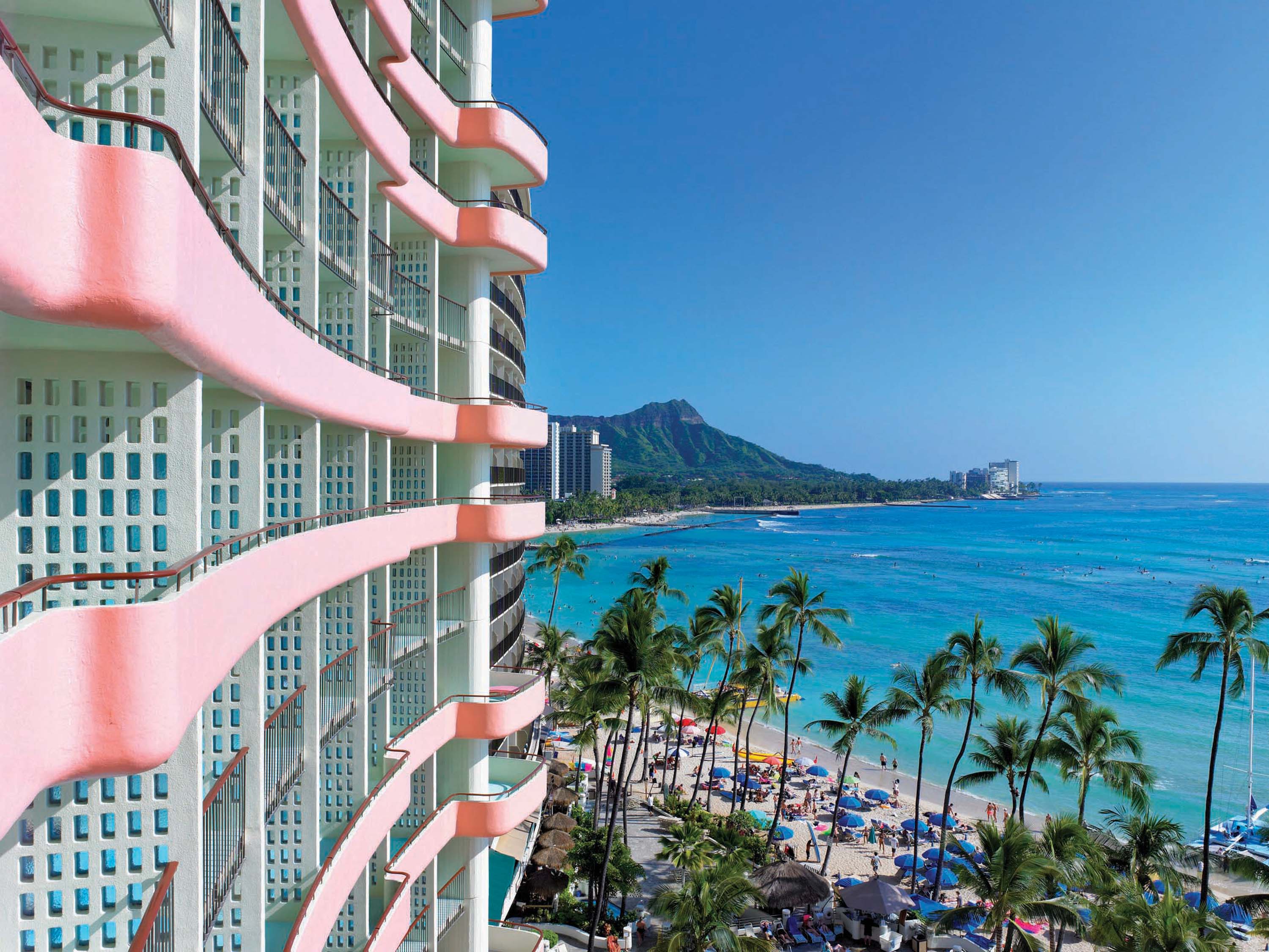 The Royal Hawaiian is sited on 14 acres of Waikiki’s most famous beach with views of Diamondhead in the distance.

What do the Ritz-Carlton in Atlantic City, Grand Central Terminal in New York City and the Mayflower Hotel in Washington, D.C., have in common with The Royal Hawaiian Hotel on Waikiki? Each was the brainchild of the New York City architectural firm of Warren and Wetmore, a partnership between Whitney Warren [1864 – 1943] and Charles Wetmore [1866 –1941]. Their partnership resulted in one of the largest practices of its time and was known for designing expansive, luxury hotels.

Whitney Warren, a cousin of the Vanderbilts, had spent 10 years studying at the École des Beaux Arts in Paris, which led him to bring classical elements to his designs. Charles Wetmore, arriving in Honolulu in 1925, convinced the Matson Navigation Company, whose luxury ocean liners brought visitors to the islands, that “Honolulu is one of the wonder spots of the world, and it should have a hotel that is as much of an attraction as the city itself.”

When the six-story, 400-room hotel opened on February 1, 1927, with 300 staff, the Honolulu Star-Bulletin described The Royal Hawaiian as “the first resort hostelry in America.”

At the time, Hawaii was still a territory of the United States; just 33 years prior it had been a monarchy, crafted in the traditions of European monarchs and ruled by a warrior chief, Kamehameha the Great. His playground was to be the site of Hawaii’s newest hotel, built to serve the wealthy passengers who would arrive by steamer ships. Queen Kaahumanu’s Summer Palace was once located in what is now the hotel’s Coconut Grove garden. Travelers arriving to the islands would stay for a period of time, bringing their steamer trunks, servants and sometimes, even their Rolls Royces.

The Royal Hawaiian Hotel, nicknamed the “Pink Palace of the Pacific” was constructed on 14 acres of oceanfront property. Reinforced concrete encased in hollow tile was the method chosen for its construction. The exterior was plaster veneer, painted pink and accented by blue tile roofs on the wings and main body. Four square towers with round arched openings completed the design. Spanish-Moorish architecture was popular during the period, and influenced by screen star Rudolph Valentino.

An $85-million restoration was undertaken in 2008 under the tutelage of architect Robert Iopa, of Honolulu-based WCIT Architecture, who specializes in luxury resort design and development. The design firm, Philpotts and Associates, Inc., worked with Iopa to revitalize every aspect of The Royal Hawaiian, which now contains 529 rooms.

The addition of 21st-century elements mellifluously complements the heritage of the hotel. In the Royal Beach Tower are ultra-exclusive, two-story spa suites with spacious living rooms and palatial Zen-like bathrooms.

The Pink Palace of the Pacific has a new wardrobe, but she still wears her rosy pink dress and her distinctive architecture remains. 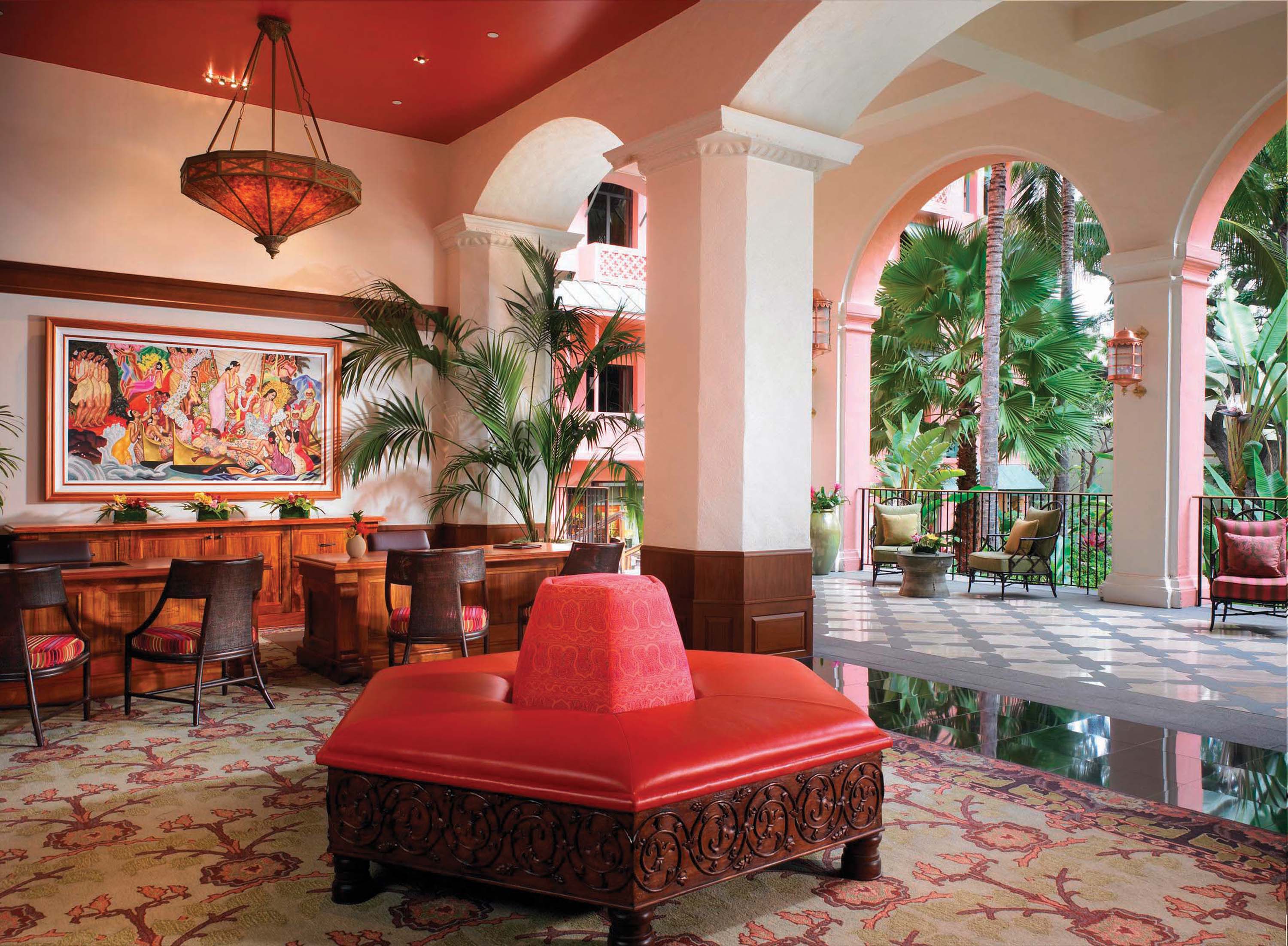 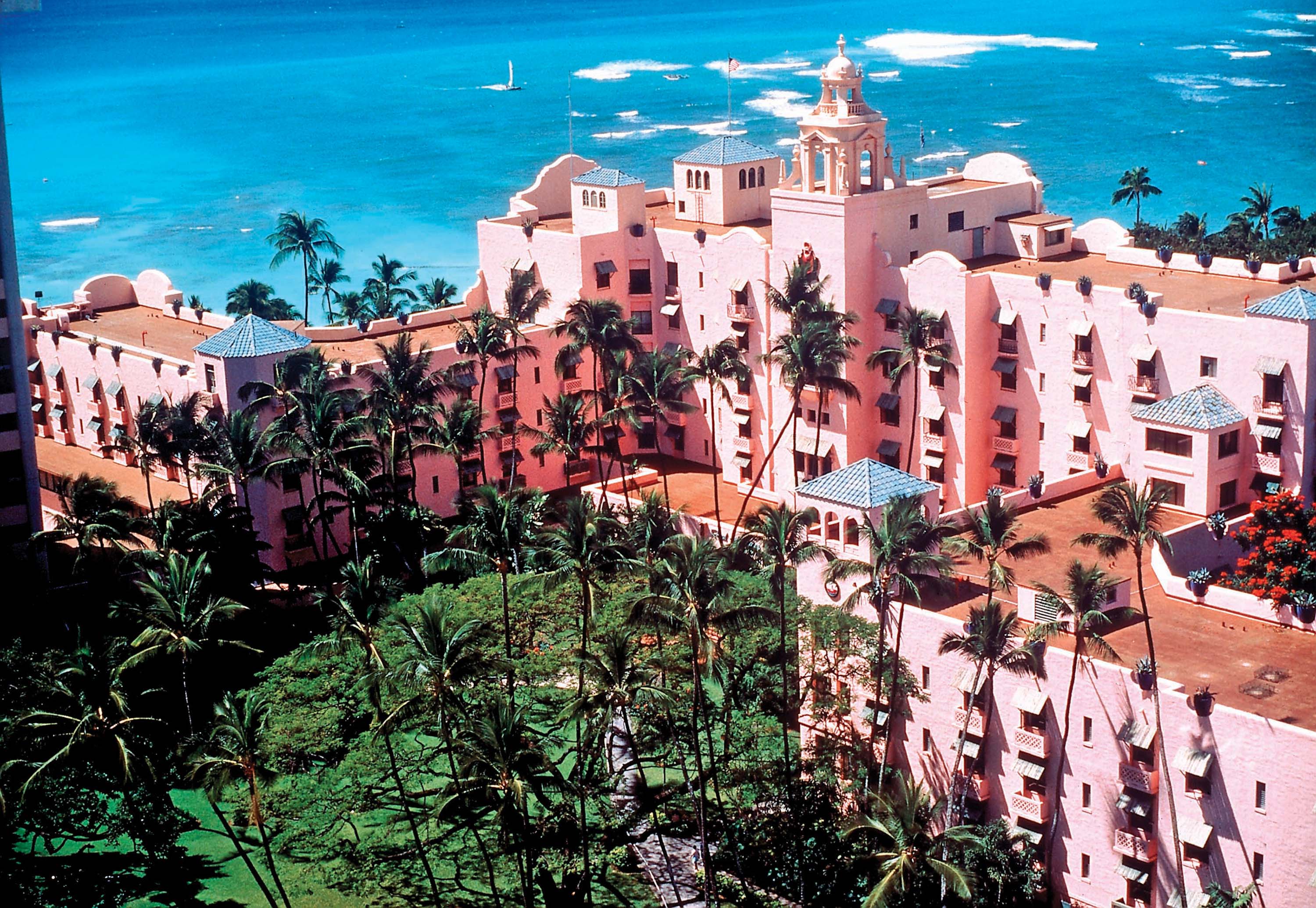 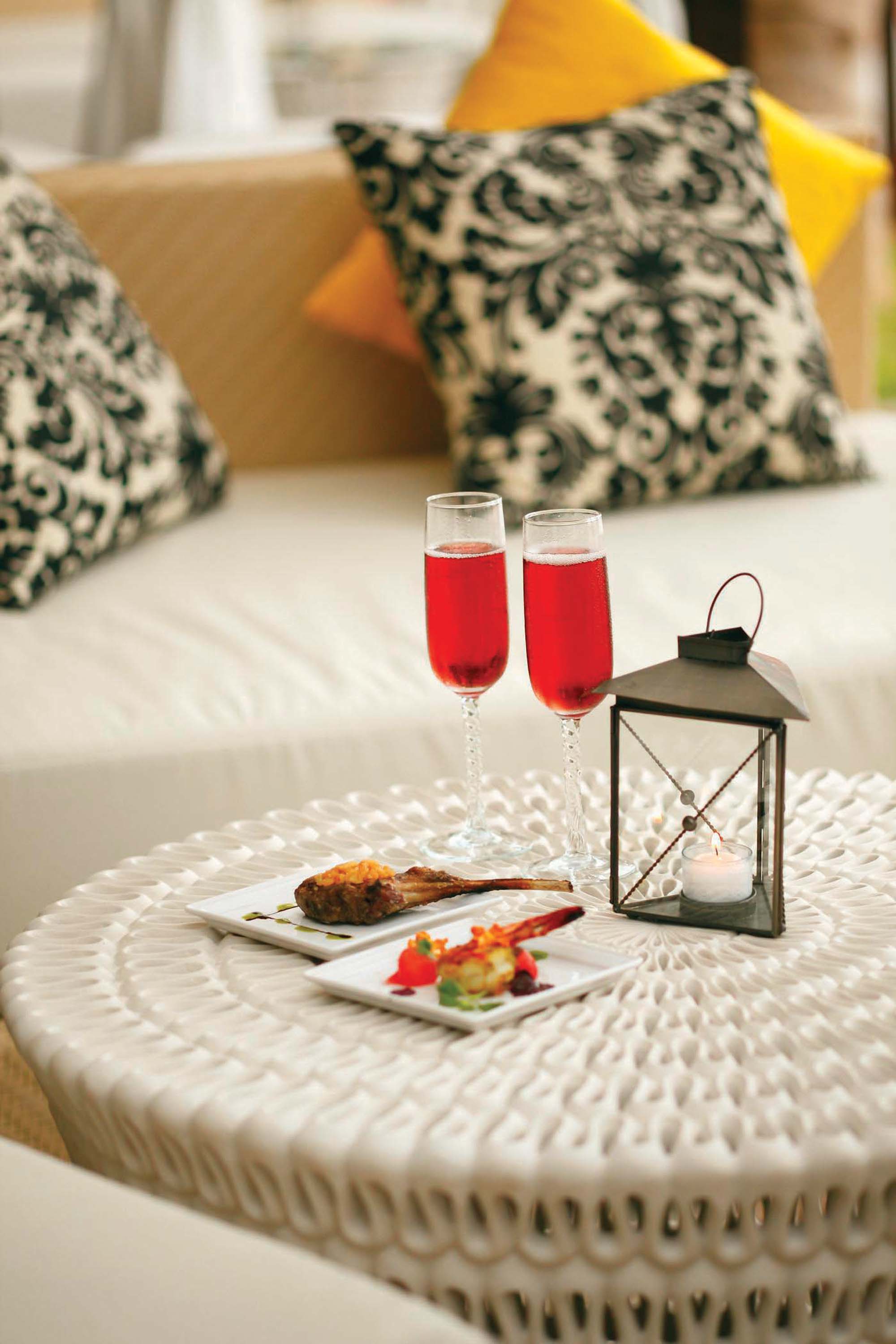 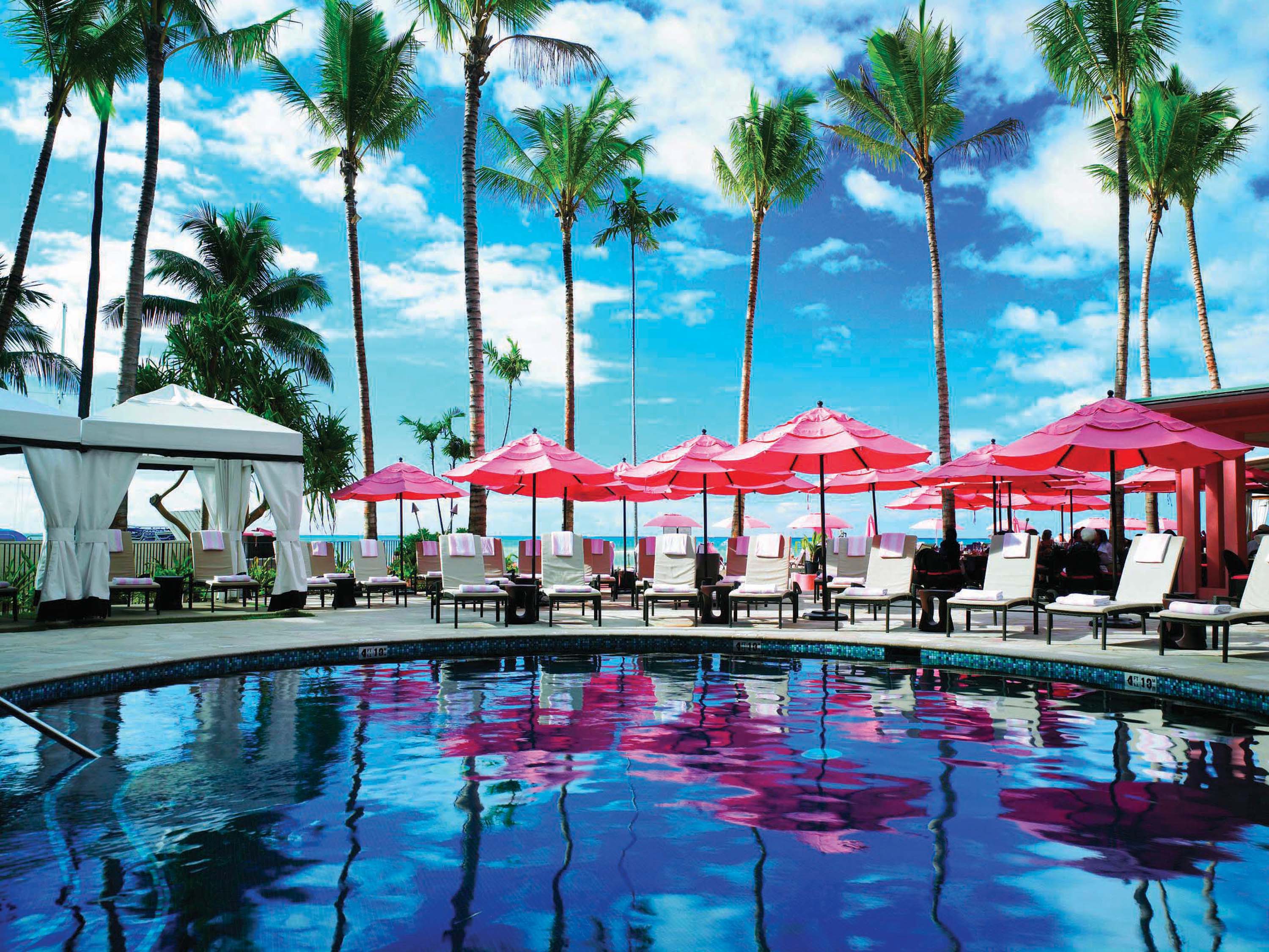 An $85 million restoration was undertaken in 2008, with every aspect of the hotel — from rooms to the pool — being updated.