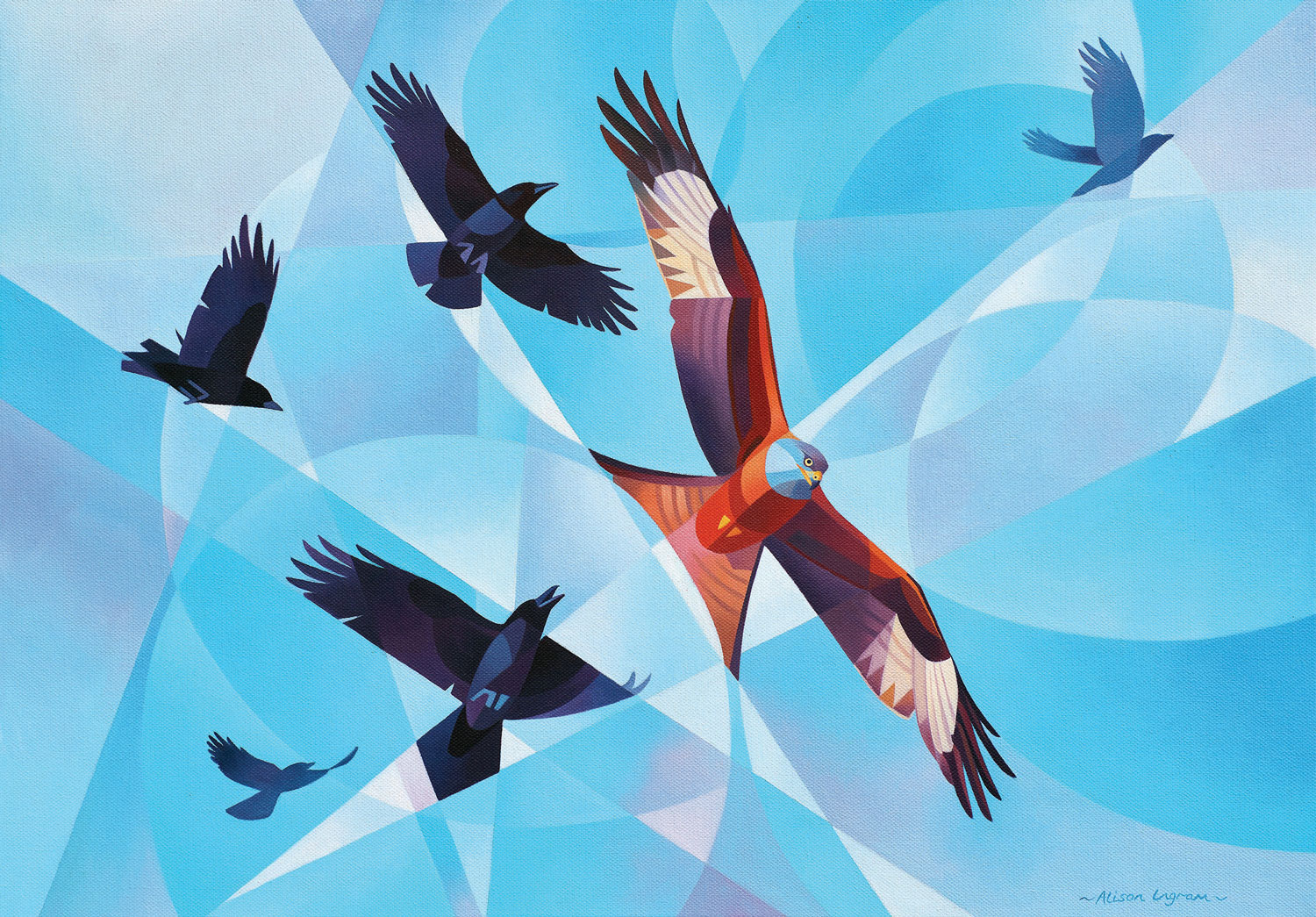 Alison Ingram | "Red Kite and a Mob of Crows" | Oil

MOST OF OUR EXPERIENCES WITH WILDLIFE ARE FLEETING. A swish of movement in willowy tundra grass reveals a glimpse of a leopard’s tail. Turning a corner on a Sunday walk leads to the sight of a stately bird standing serene and still across a pond. What if we could get closer and linger in these moments? 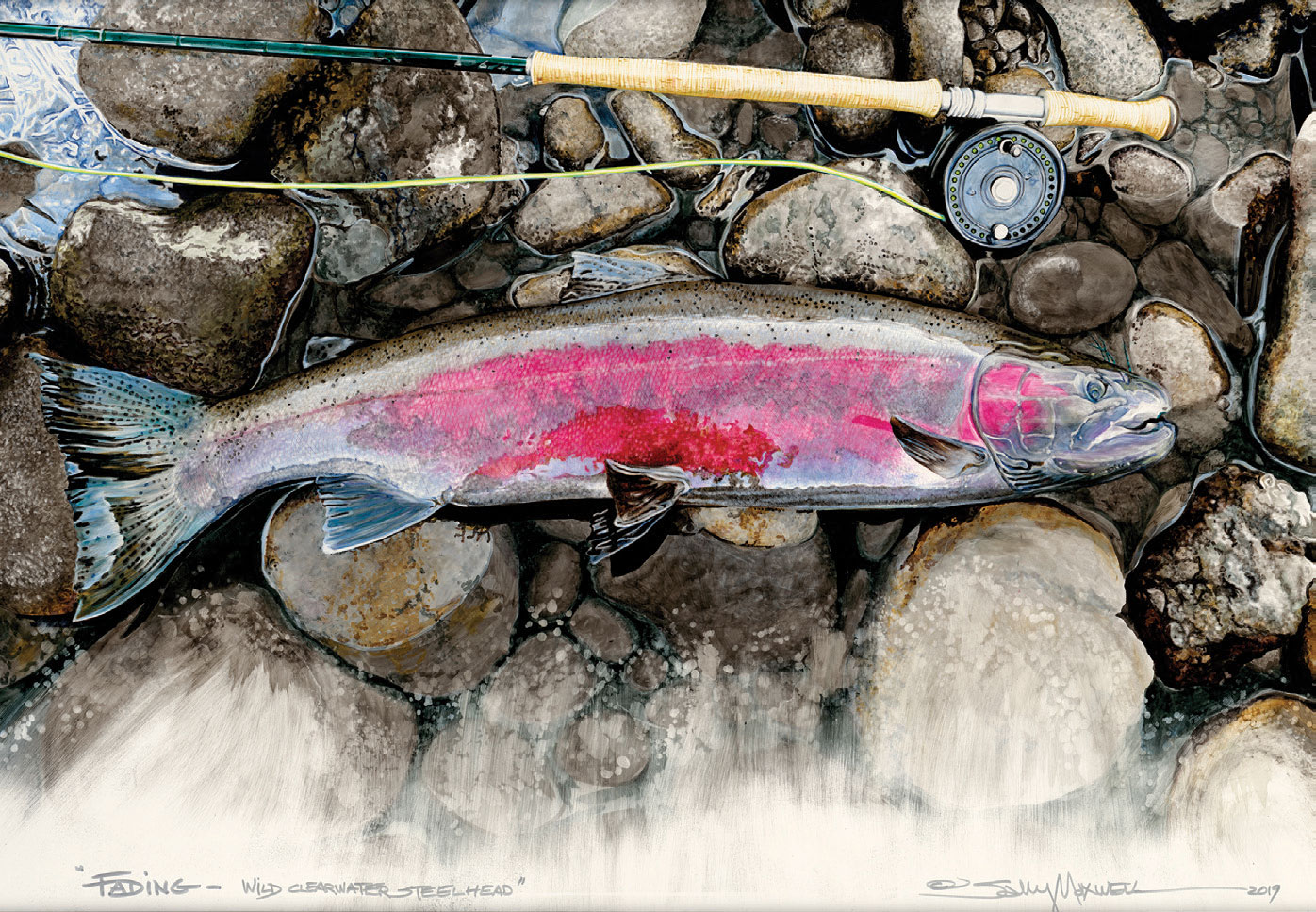 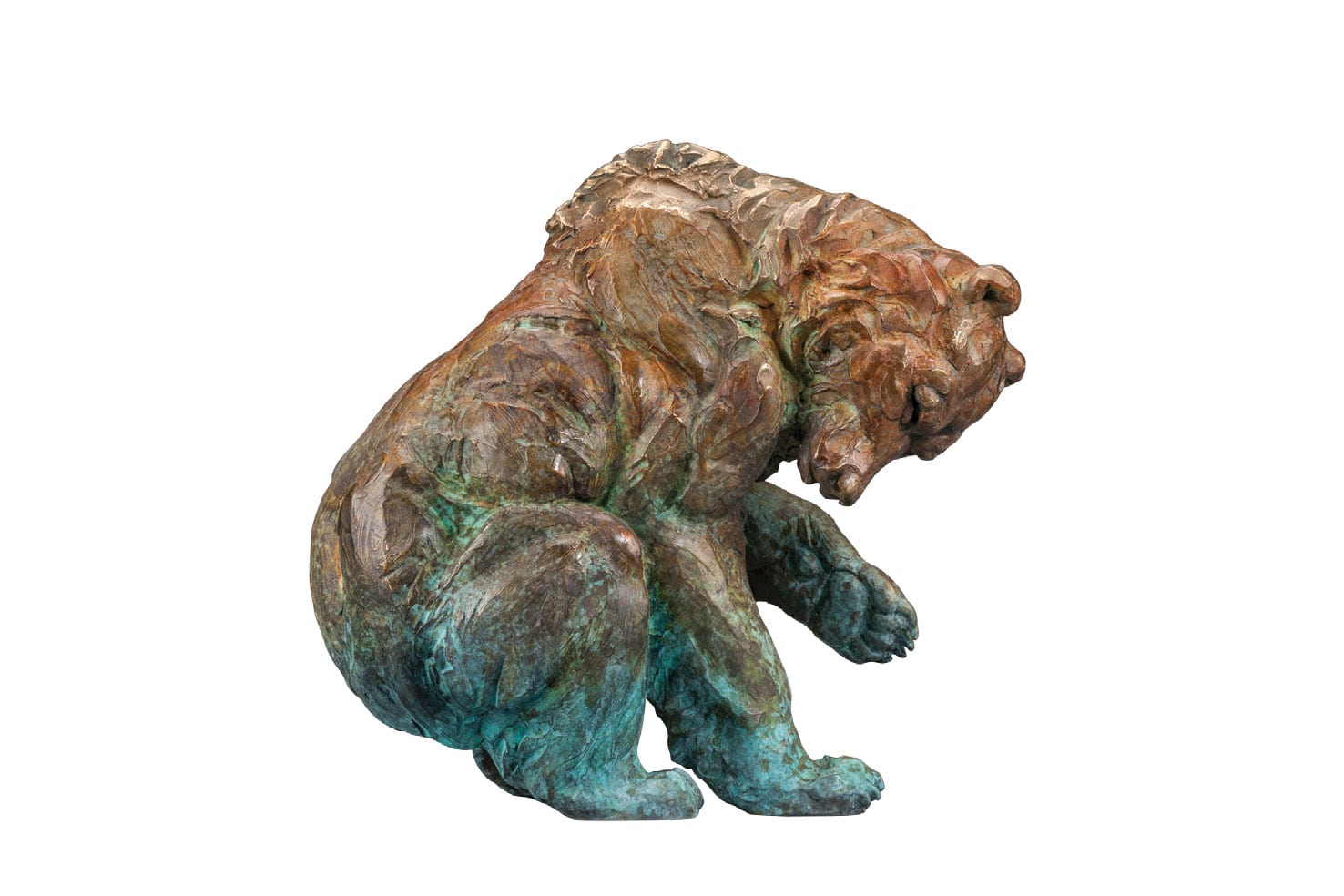 In San Antonio, Texas, the Briscoe Museum of Western Art is hosting an event that allows just that. Art and the Animal brings more than 100 juried artists to exhibit new work, providing a window into our wildest places and most alluring creatures. Opening September 20 and ongoing through December 29, it’s the flagship exhibition for the Society of Animal Artists (SAA) and has been featured at more than 50 venues over nearly 60 years.

Participating sculptor Kristine Taylor has spent much of her time camping and hiking near wetlands. “I would often see egrets, and it struck me that they were like these white marble statues out on the water,” she says. The artist began studying the birds and taking photos from various angles. “I try to capture the essence of the animal, not all the detail,” she says. 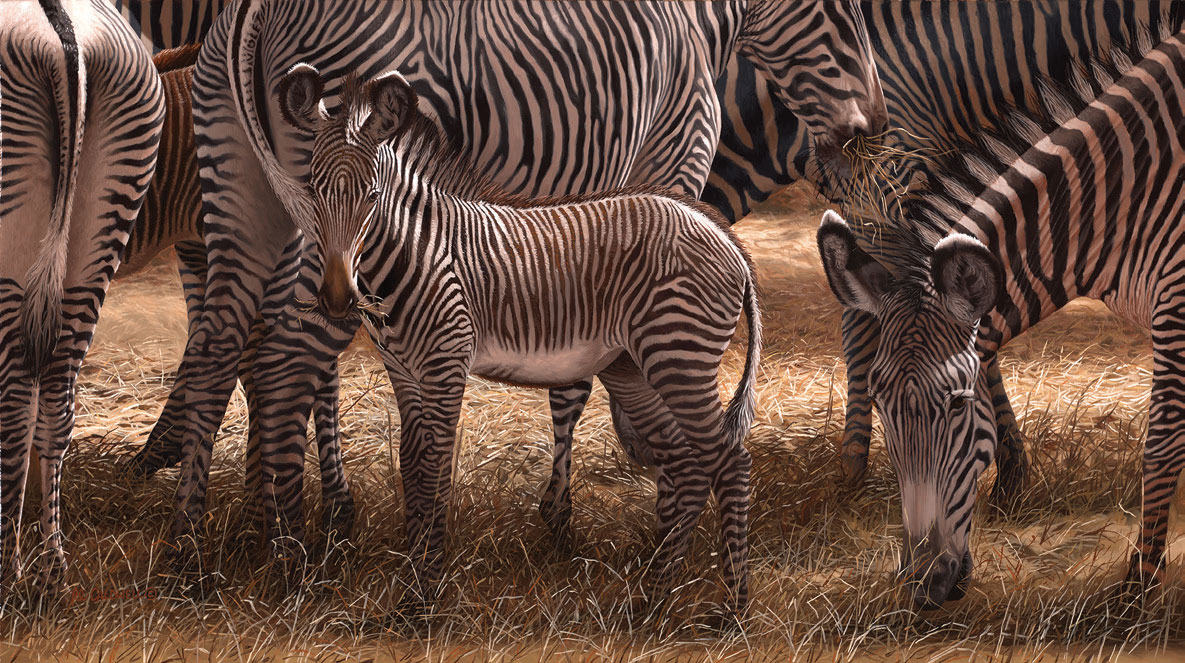 Taylor works on multiple sculptures at a time, some sitting for weeks or years until the right magic develops. The Egret, on display at the Briscoe, is an exception. “It was one of the few that came easily,” says Taylor, explaining that the slight imbalance on the bird’s head created the sense of movement she sought. To the viewer, her bronze sculpture feels elegant, alive — ready to take off. “I always want my work to have that something more,” she says.

Founded in 1960, the SAA promotes that “certain something” in the portrayal of animals by artists around the world. It puts together ongoing exhibitions, seminars, and demonstrations. This year, Art and the Animal will showcase 150 artworks in a broad range of styles. The SAA also annually sponsors smaller exhibits and workshops across the country. 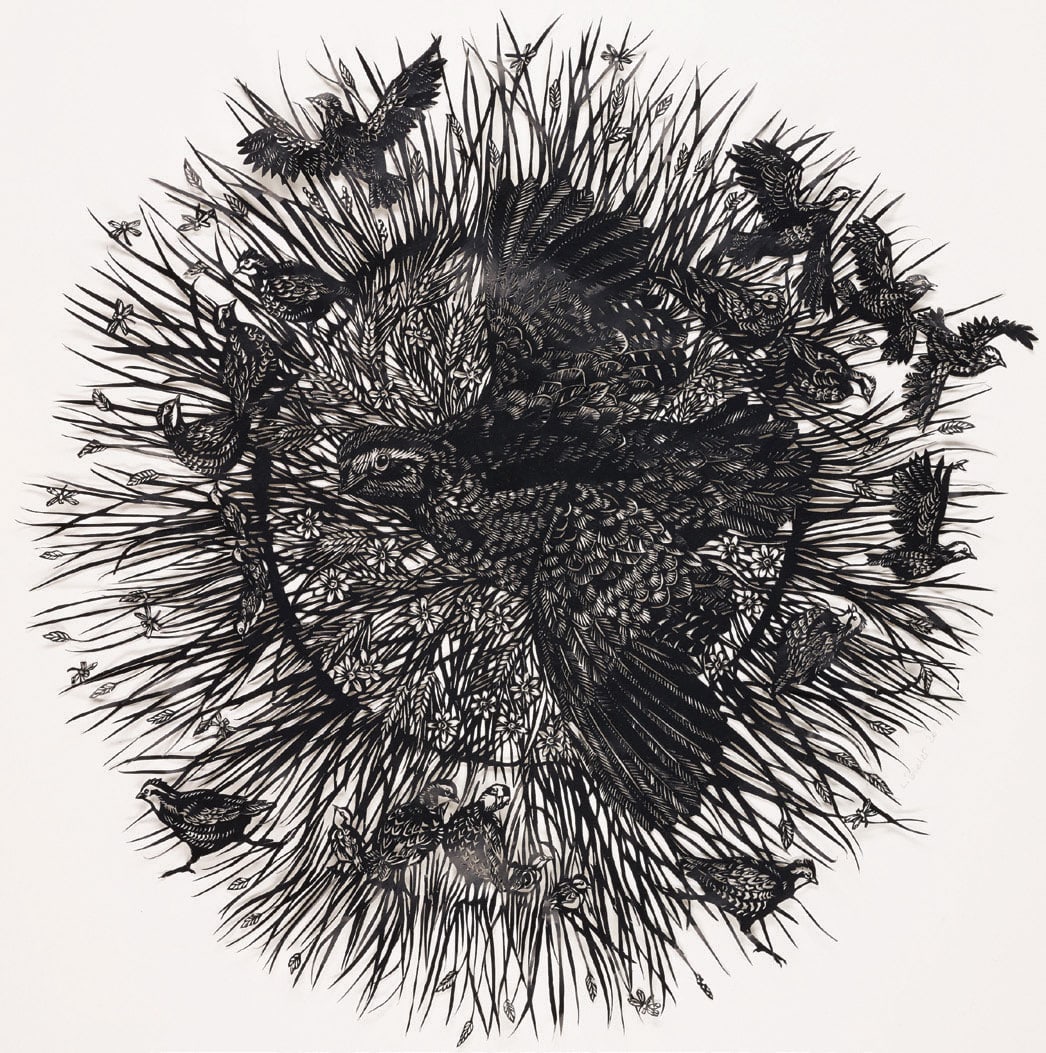 Taylor provides one example of the organization’s effort at community building and mentorship. Previously a painter who felt like she hadn’t yet found her niche, Taylor was inspired to take up sculpture when she met SAA member and sculptor Burt Brent. Under his guidance, her bronzes gained immediate popularity, and Taylor realized she had found her calling. 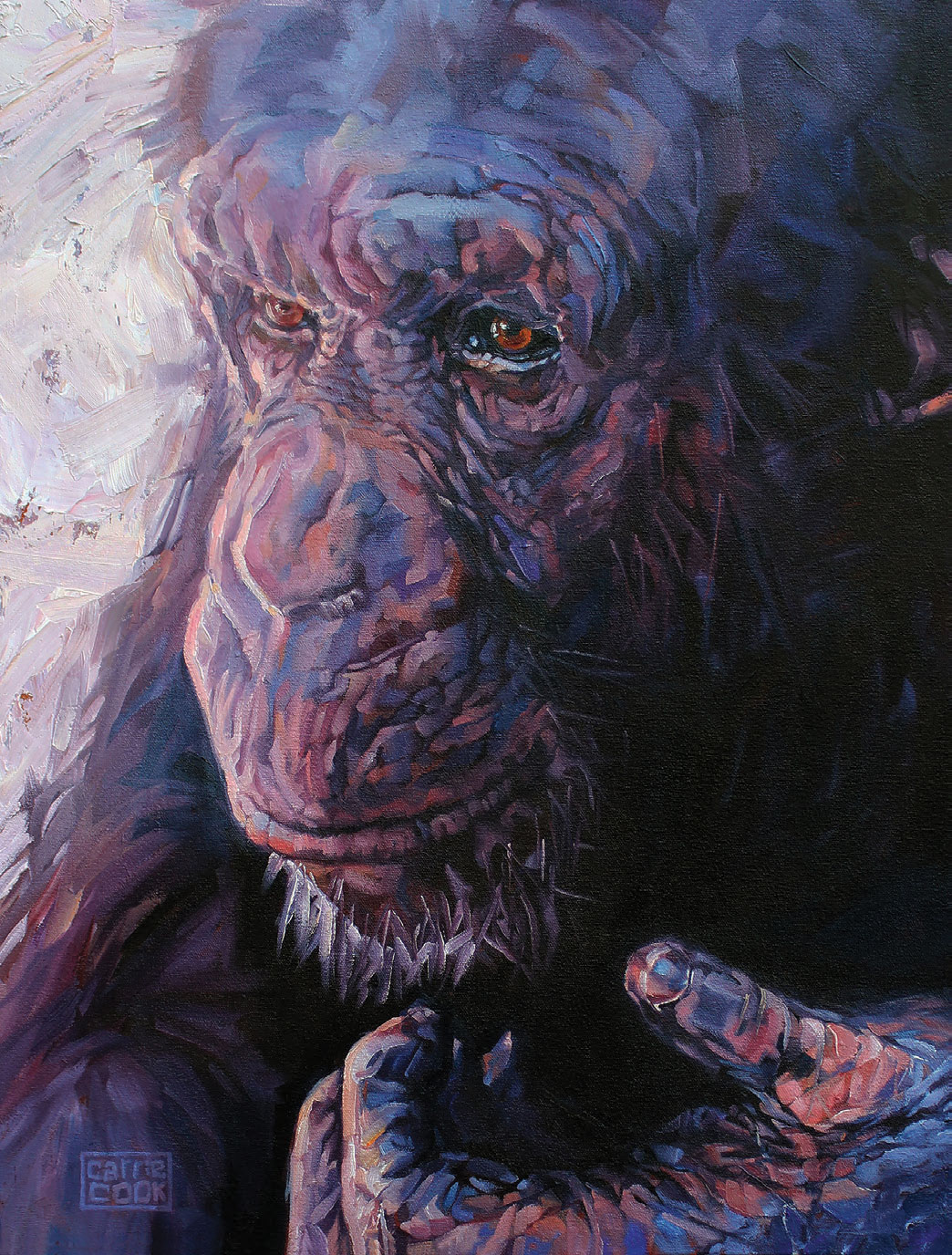 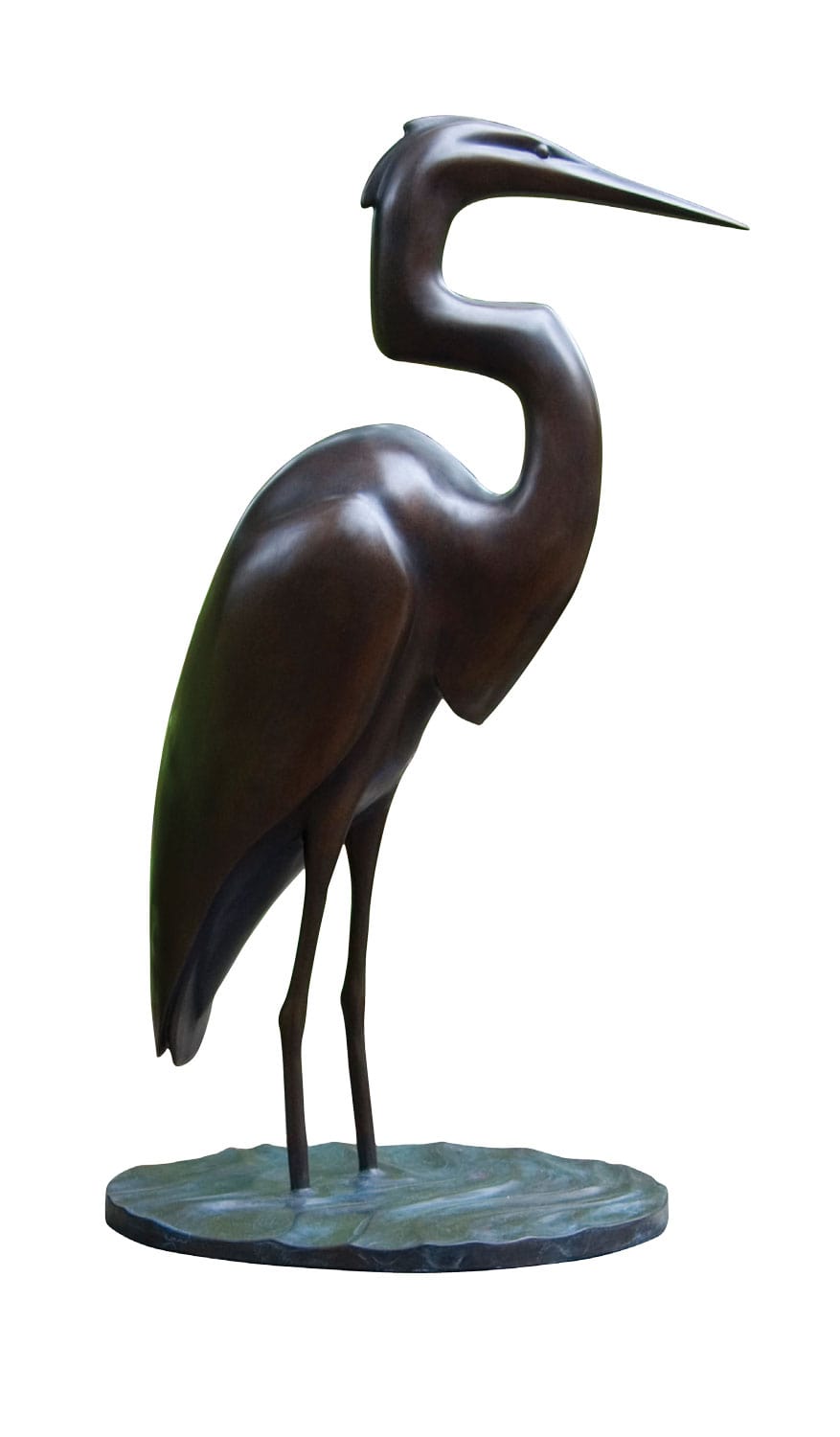 That artist-to-artist interaction is central to the society’s mission. Along with helping artists showcase their work, education is paramount. “We strive to do everything we can to educate our members as well as the public,” says Wes Siegrist, executive director and himself an artist. “We put together one-on-one sessions with artists who have been doing this for more than 40 years. An artist with that level of experience — talking and answering questions provides a real opportunity.”

One such artist is SAA’s 2019 Lifetime Achievement Award winner, John Seerey-Lester. The painter’s body of work and creative methods have impacted many others over the years. His works include African animals, Victorian scenes, and North American wildlife, among other subjects. His 2015 book of paintings depicting Theodore Roosevelt’s safari hunts in Africa has attracted the attention of historians and art enthusiasts alike. And Seerey-Lester’s work hangs in the White House and museums across the globe. 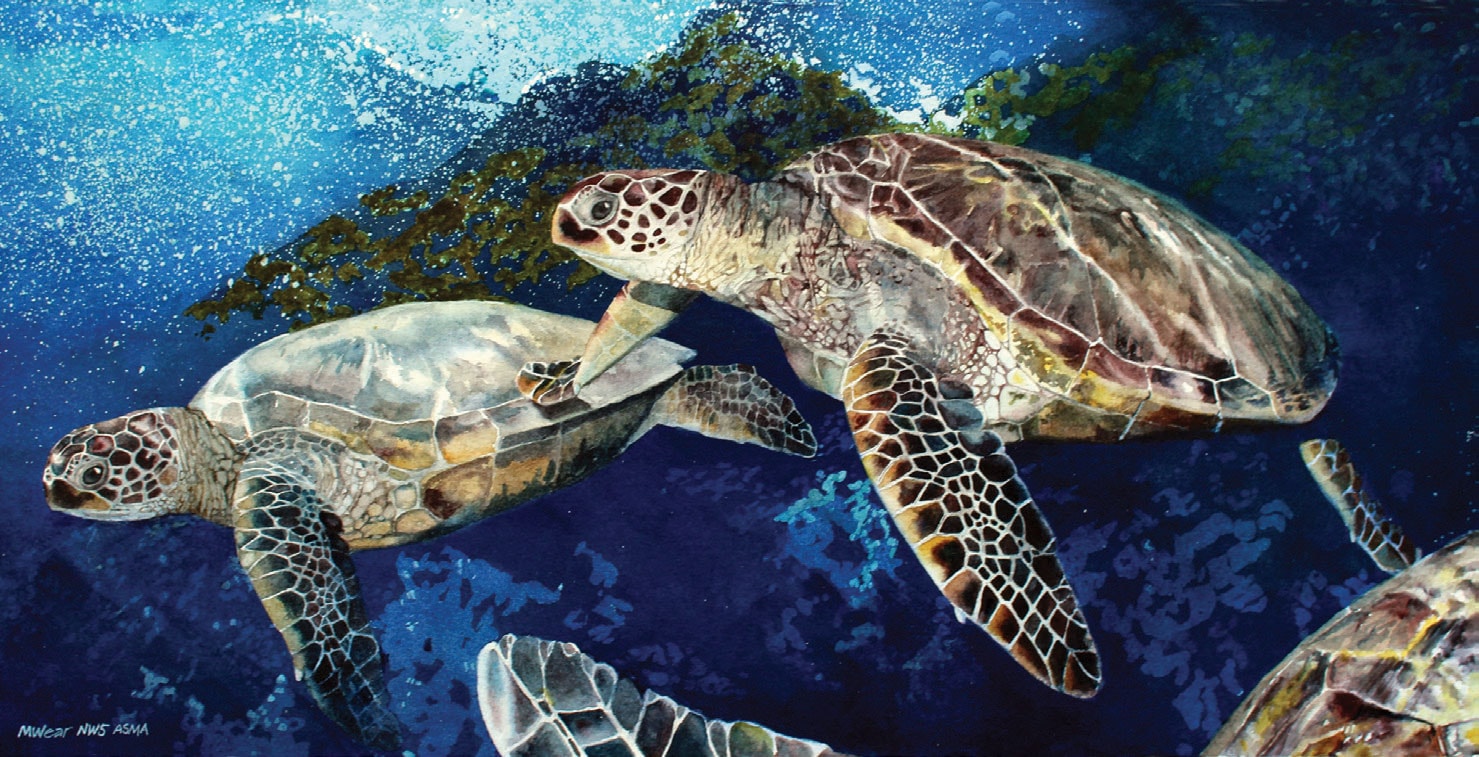 “I am very fortunate to be able to travel all over the world to see the wildlife that I paint up close. And I’m also fortunate to work with a great organization which has various species of animals, large and small, that we can get up close and personal with in their natural habitat,” says Seerey-Lester. “From these encounters, I have years of sketchbooks and ideas. I have traveled to Africa over 20 times, usually staying a month at a time. I’m in the bush at 3 in the morning to view active wildlife or kills. I use open-sided vehicles so there is no obstruction between the animals and me. I will spend hours sketching and painting the animals on location.” 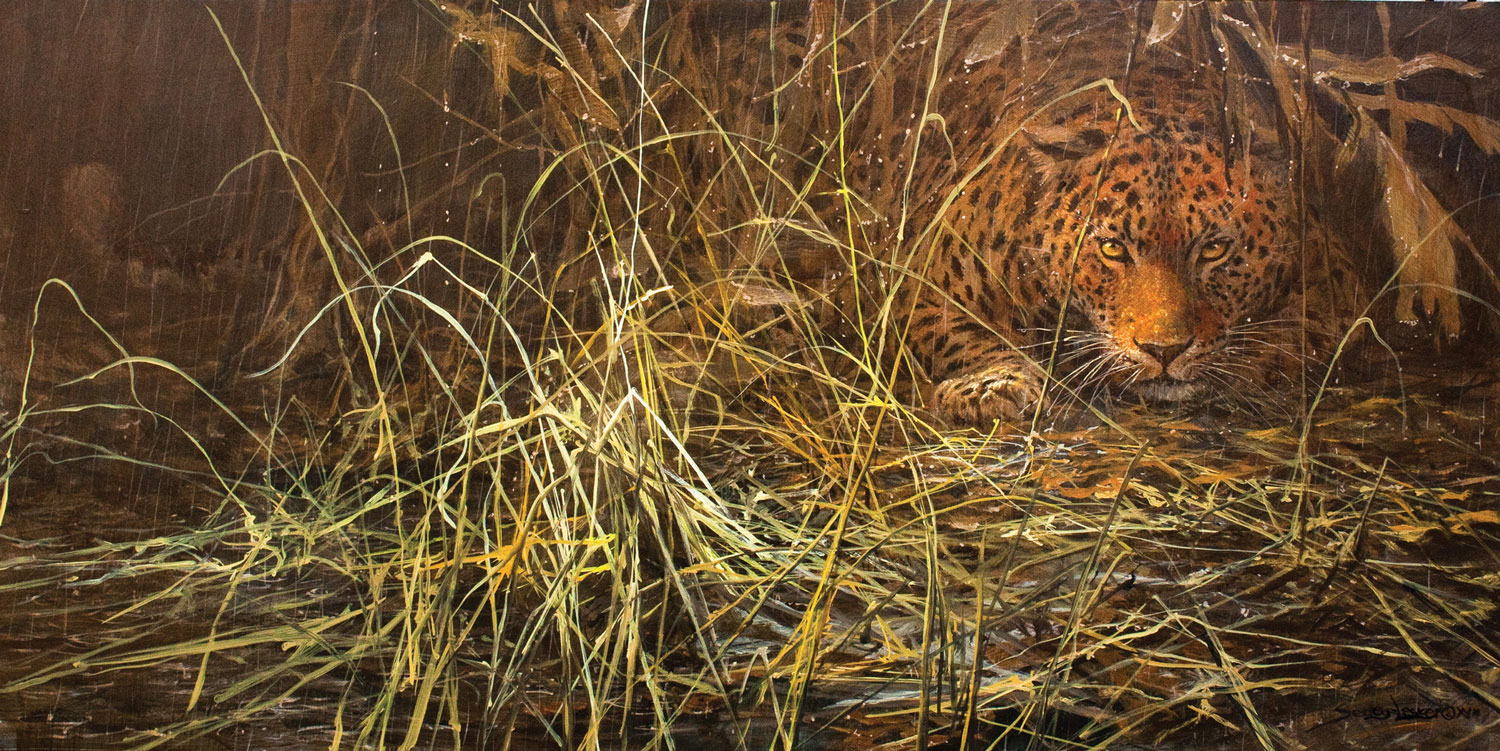 He and his wife, Suzie, sketch and paint side-by-side, en plein air. Seerey-Lester then creates studio paintings based on these sketches and additional research. He infuses much of his work with history, including the painting for which he won the 2019 SAA award.

“Sheltered Danger relates to a true story about a Victorian woman, named Mary Kingsley, who decided to explore and travel through West Africa and the French Congo on her own,” Seerey-Lester says. “The story goes, she was traveling through a dense forest when she encountered a tornado. Seeking shelter through the mayhem, Mary caught sight of a rocky embankment that might provide some cover. Crossing a rain-swollen creek in her petticoats and ankle-length woolen dress, she then made an arduous climb up an embankment to reach the crest of the hill. Looking over the top, she was horrified to find herself face-to-face with a huge leopard, which had also sought shelter from the storm.” 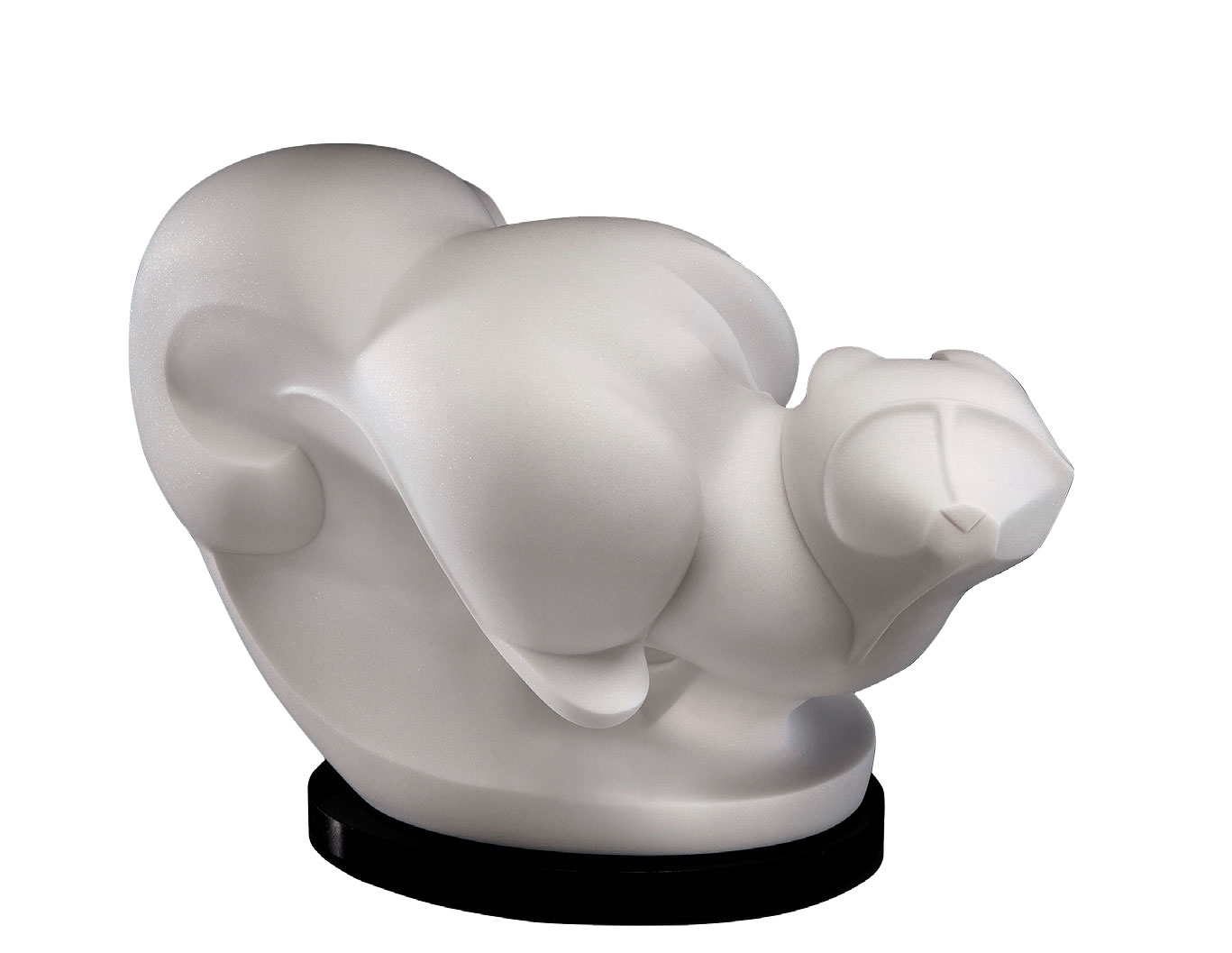 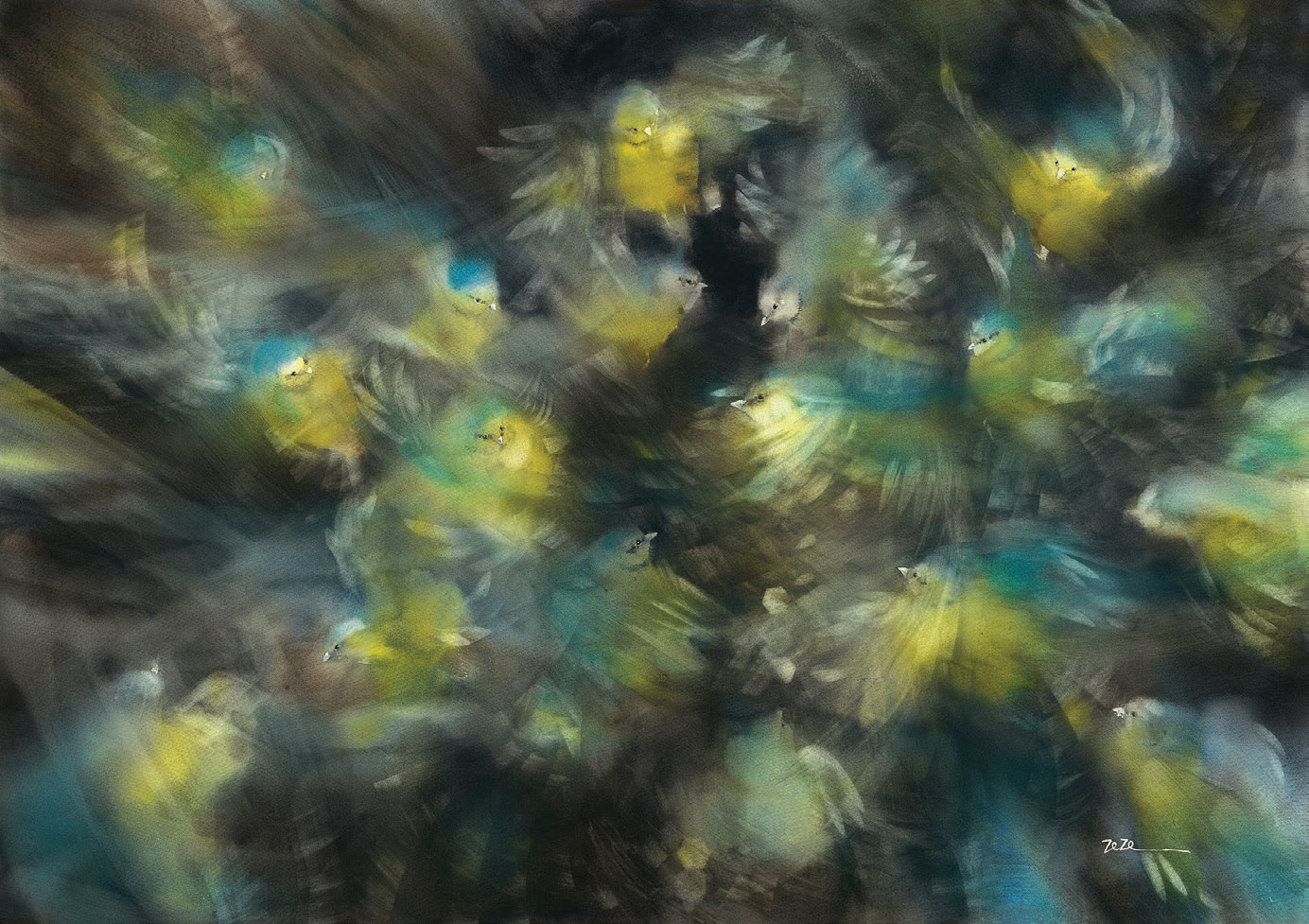 Sheltered Danger makes the viewer feel not only surprise and fear, but it also creates a sense of compassion, camaraderie, and personality in the leopard. It brings to mind the reason for wildlife art. As Siegrist says, “It helps us to understand ourselves.”