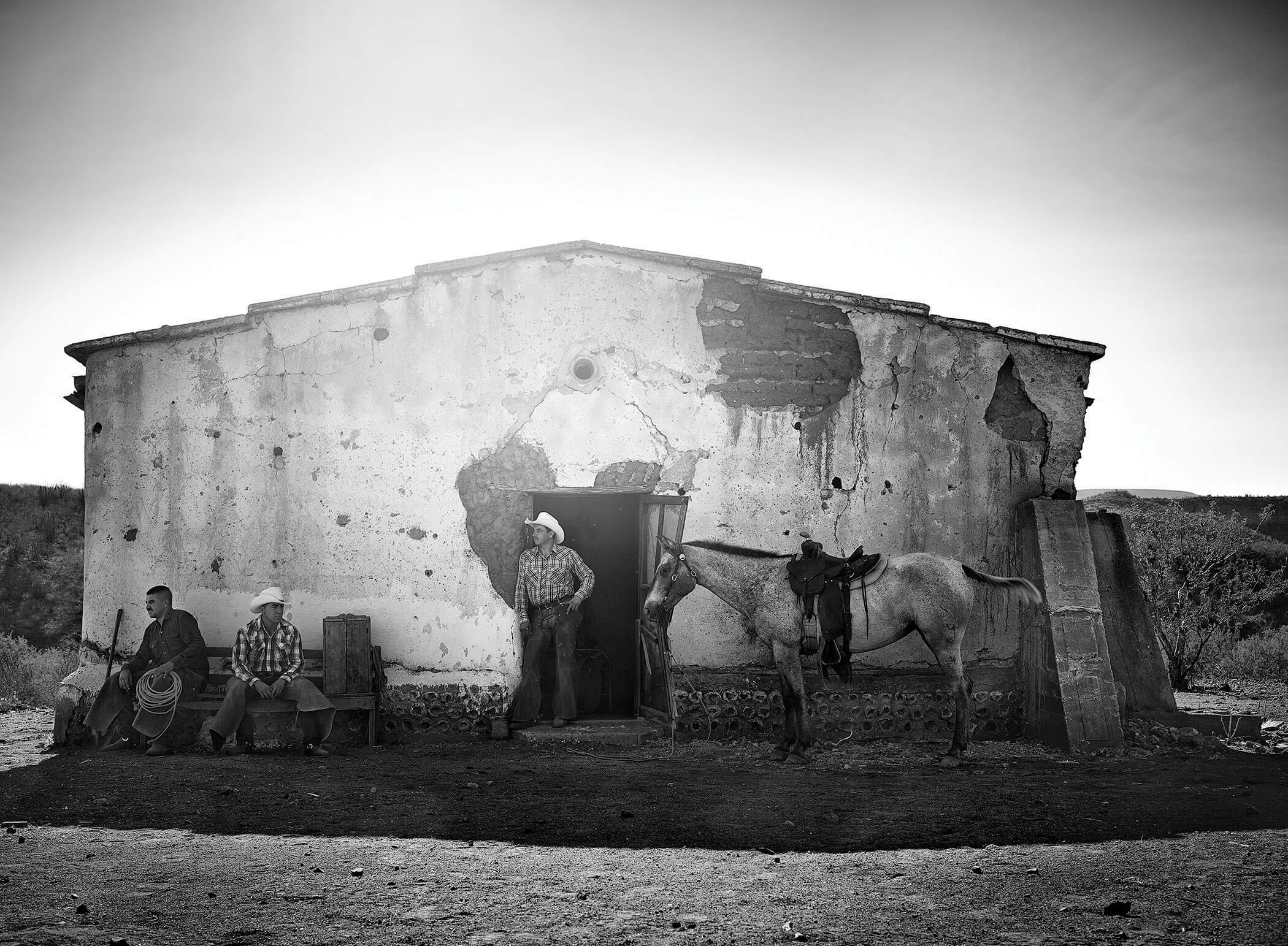 Werner Segarra was visiting his mother in 2001 when he idly opened a closet and saw boxes labeled with the names of each of her children. He was 34 at the time and a successful commercial photographer in Puerto Rico, where he’d been born and spent his early childhood. With clients including Revlon and Avon, his images were in top Puerto Rican fashion magazines and catalogs. As an adult, he’d lived in France and the U.S., and he’d earned a bachelor’s degree in photography from the Art Institute of Philadelphia before living and working in Puerto Rico. Yet, Segarra felt a growing desire to produce meaningful photography that was his work alone, free from the teams of stylists, makeup artists, lighting crews, and others required for commercial shoots. 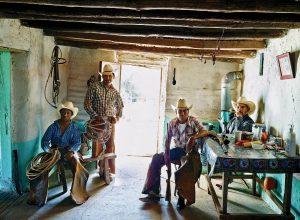 Opening the box with his name on it, Segarra pulled out old photographic negatives and transparencies he had made as a high school student on a cultural exchange program, where he lived with a ranching family in northern Mexico. Since that first sojourn, he had returned countless times, riding with the vaqueros on horseback and photographing their traditional ways of cowboying in the hot, rugged mountains of the Sierra Madre Occidental. Seeing the earliest of these photographs again years later, it struck him: “I want to do a book of this.”

Many more Sonoran trips and thousands of photographs later, Vaqueros de la Cruz del Diablo was published in 2019 by Trilce Ediciones in Mexico City. Sixty large-scale images from the book are included in the traveling exhibition, Vaqueros de la Cruz del Diablo: Photography of the Contemporary Northern Mexican Cowboy, opening September 24 at the Briscoe Western Art Museum in San Antonio, Texas, and running through January 23, 2022. A parallel exhibition featuring Segarra’s work debuted at the Museo de Historia Mexicana in Monterrey, Mexico, and travels in August to the renowned Museo Arocena in Torreón, Mexico.

In color and black and white, Segarra’s vaquero photographs are stunningly displayed in large format, as 3-by-4-foot and 4-by-5-foot prints. The exhibition also includes short videos of the artist and vaqueros, with original Norteño-style music by Mexican musician Leo López. The show was produced with assistance from Gabriela Gamez, an independent researcher and consultant on Latin American Arts. 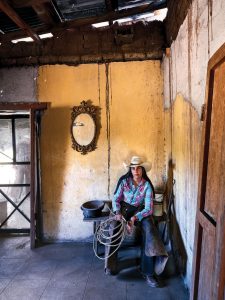 Jason Kirkland, the exhibitions manager at the Briscoe, says he wanted to bring the exhibit to San Antonio “to showcase the diversity of the West and the origins of cowboy culture, and to inspire the community to explore and engage in that diversity. The passion, hard work, natural beauty, and downright grit of it all comes to life with Segarra’s photography.”

William Lykins, director of Gebert Contemporary in Scottsdale, Arizona, which represents the photographer, agrees that Segarra’s images encourage conversations. “Werner’s photographs of the rough, albeit beautiful, terrain and hardworking vaqueros always not only stop the viewer but most often provoke dialogue.” 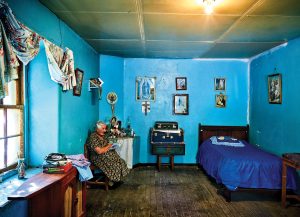 Mexican-born photographer Joel Salcido has a special admiration for Segarra’s photographic accomplishments. Salcido understands the physical, technical, and logistical demands involved in such a project — carrying and using heavy medium-format camera equipment while on horseback in extremely harsh terrain — as well as what it takes to photograph traditional people in a remote region of Mexico. “These are deep subcultures with a code of ethics, and you have to earn their respect,” Salcido says. “To penetrate that inner circle and gain their trust is phenomenal. My hat’s off to Werner.”

For Segarra, gaining close access to his subjects’ lives and appreciating their world feels less like a personal achievement and more like a gift from life — a surprise gift. When he was 10, his parents divorced, and his mother married an American engineer who worked for a Saudi Arabian oil company. The family moved to Dhahran, Saudi Arabia, and every year the company would pay for international travel for its employees and their families. Segarra remembers the cultural richness of visits to such places as China, Hong Kong, Yemen, and Peru. His mother was German, and young Werner also spent summers with his grandmother in Germany. 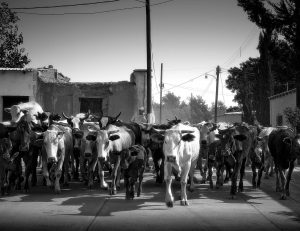 When it came time for high school, he chose an international boarding school in Sedona, Arizona, that encouraged cultural immersion. Each year, the school sent its students individually to live for 10 days in such places as northern Mexican towns or Native American reservations in the American Southwest. Because he spoke Spanish, Segarra was sent to the mountain village of Huásabas in Mexico, where he lived with a cattleman, his wife, and their nine children. The day after he arrived, the family invited him on what Segarra mistakenly thought would be a camping trip, the Spanish word having different meanings in Puerto Rico and Mexico. Awakened at 4 a.m., they rode horseback for 13 hours, checking on free-range cattle throughout the vast, rocky landscape. 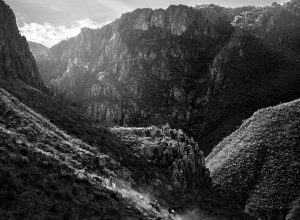 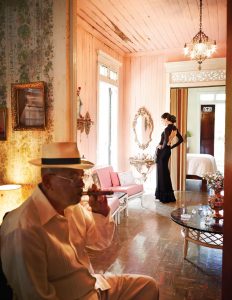 Segarra now lives in Phoenix, Arizona, with his wife, Ellie, and their 7-year-old twins, Iggy and Milana, and he smiles at the memory. “I was in heaven. They couldn’t keep me inside,” he says. After his first visit, Segarra convinced his parents to let him return for a month that summer, and then he kept going back, sometimes four or five times a year. The artist continues to spend time in the Sonoran region today. “I have a relationship with these people,” he says. “When I’m there, I dress like them. I live like them. I ride with them in 120-degree heat. I don’t need the comforts. We laugh; we argue; I have a blast.”

On the creative end of things, Segarra’s earliest lessons were from his stepfather, a hobby photographer with access to a company-owned darkroom. Werner got a job at a kennel in Dhahran to pay for his first camera, but after he earned half the cost, his stepfather paid for the rest, satisfied that the boy was serious. Segarra took photography classes in high school and worked in a color lab while earning his bachelor’s degree. His current visual style is influenced in large part by his commercial work, which today focuses primarily on architectural and interior photography for such clients as high-end hotels. 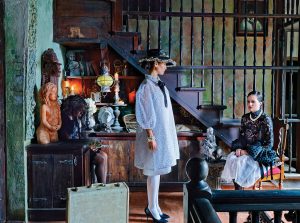 Segarra calls his style “architectural portraiture.” Always shooting wide-angle, he doesn’t crop any of his images; instead, he uses the landscape or other elements for compositional structure. Every detail, near or far, is in focus. In his vaquero series, he uses only existing light and often takes long exposures, up to six seconds. As portraits, the photos capture not only the weathered and well-lived faces of vaqueros and their families, but they also convey a sense of daily life that in many ways has not changed for generations. Steeped in the Catholic faith, family-oriented, hardworking, and content without luxuries, the Sonoran people reflect values the photographer has admired since he was a teen.

Over the years, it has become increasingly difficult to find the old adobe homes, traditional wooden corrals, and other reminders of earlier times. But with an extensive network of friends in the region, Segarra finds the people and places he wants to honor and celebrate through his work. Each time he goes, he takes back photos of his subjects. Recently he carried 360 prints to hand out. “You can’t just photograph and take; you have to give something back,” he says. 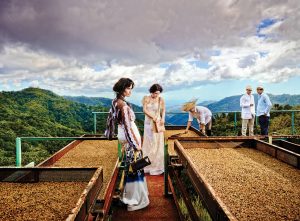 Segarra’s other major and continuing body of work is called Mi Herencia: Puerto Rico. The project’s title translates to heritage or inheritance and began in 2011 when Segarra visited his father, a coffee farmer in the Puerto Rican highlands. The photographer called up a creative director he’d worked with who invited him to do a shoot of anything he wanted. Segarra produced a series of evocative images using models, authentic coffee farmers, and local musicians. Many of the photos are staged in aging haciendas. His goal is to conjure a nostalgic feeling of Puerto Rico from the 1930s, ’40s, and ’50s with vague and intriguing suggestions of narrative. “I try to make each photo tell its own story,” he says.

With both Mexico and Puerto Rico, however, the deeper story Segarra tells is of the connection between a place and its people, its present, and its past. “A lot has changed, but I look for the places that haven’t changed,” he says. “The smaller ranches, the more hidden mountain people. When you look at those photos, they have history all over them.”