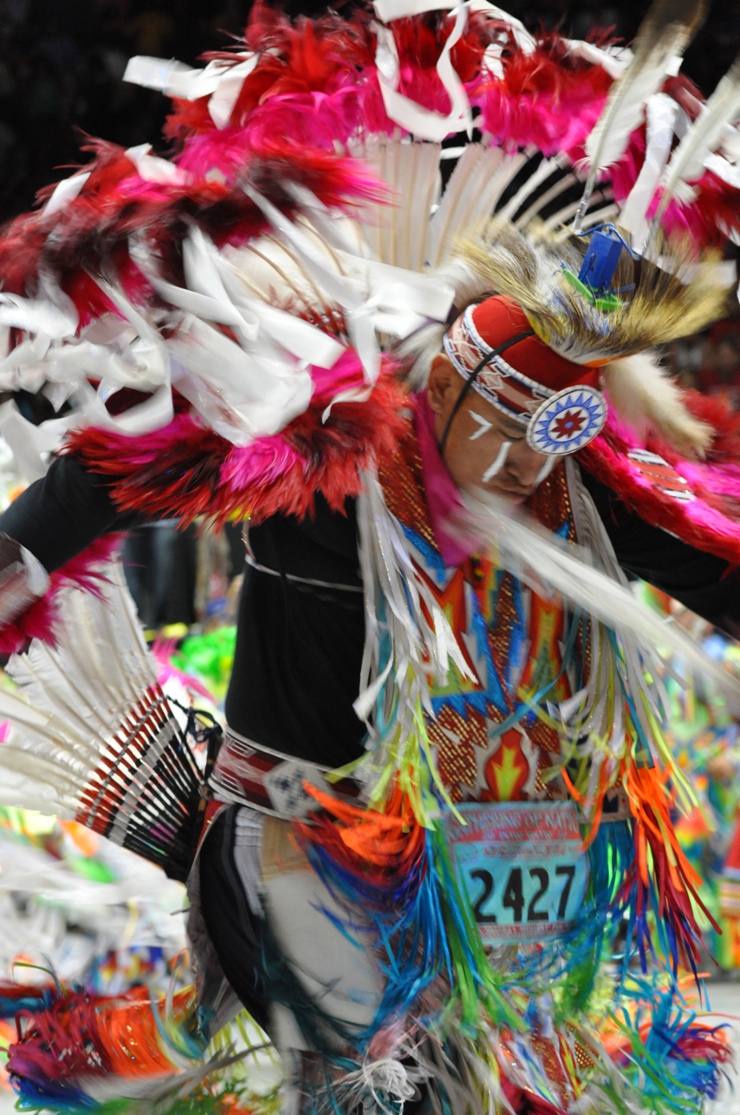 The 34th Annual Gathering of Nations Powwow, the world’s largest gathering of Native American and indigenous people, will take place in Albuquerque N.M. between Thursday, April 27 and Saturday, April 29, 2017.  The Miss Indian World Talent Competition on Thursday evening (April 27) will be held once again at the Albuquerque Convention Center, while the  powwow on Friday and Saturday (April 28 and 29) will take place on the new “Powwow Grounds” At Expo New Mexico/Tingley Coliseum in Albuquerque.  The change of venue from WisePies Arena AKA The Pit at the University of New Mexico will provide the powwow with upgraded amenities, a friendly and welcoming environment, and spacious areas offering the opportunity to expand the size of the event.

Considered the most prominent Native American event in the North America, the Gathering of Nations Powwow will host tens of thousands of people and more than 700 tribes from throughout the United States, Canada, and around the world.  The three-day event will include more than 3,000 traditional Native American singers and dancers competing for prizes, and more than 800 Native American artisans, craftsmen and traders displaying and selling their work.  In addition, contemporary indigenous music groups will be performing a wide variety of musical genres on Stage 49.  Vendors in the Native Food Court will offer guests a large selection of food choices ranging between southwestern-style cuisine and traditional Native American fare.

As part of the Gathering of Nations, a young Native American woman will be crowned Miss Indian World and represent all native and indigenous people as a 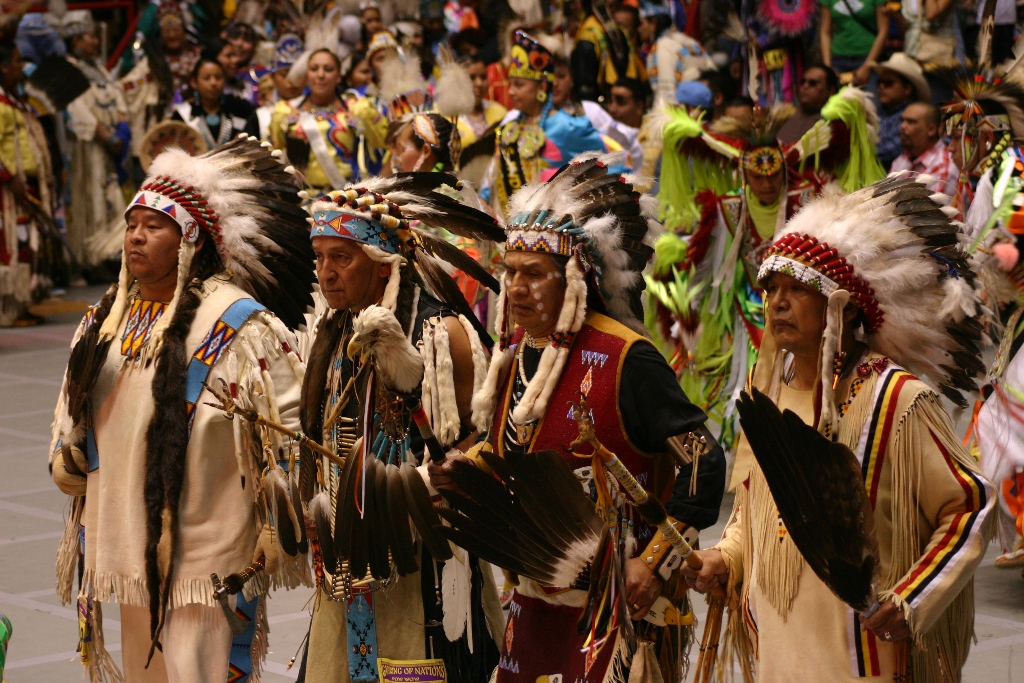 cultural goodwill ambassador. As one of the largest and most prestigious cultural pageants, Native American and indigenous women will represent their different tribes and traditions.   The contestants will compete in the areas of tribal knowledge through interviews, essays, public speaking and traditional presentation, and dance.

“Striving to be a positive cultural and spiritual experience that is exhilarating for everyone, the Gathering of Nations is thrilled to hold the world’s largest powwow at Expo New Mexico.  Tingley Coliseum on the all new ‘Powwow Grounds’ provide us with the opportunity to create a more intimate powwow experience in the coliseum while creating an expansive event that will feature the best in contemporary entertainment performances on Stage 49, the finest in Native

American arts and crafts at the Indian Traders Market, and a delicious variety of Native American and Southwest cuisine in the Native Food Court,” said Derek Mathews, founder of the Gathering of Nations.  “Teepee Village is another new addition for 2017 and  is designed as place to relax and enjoy the sounds of the powwow with friends and family attending the event.  In the evening, the ‘Powwow Grounds’ (under the colorful lights outside Tingley Coliesum) will become a magical and different native experience for all to enjoy.” 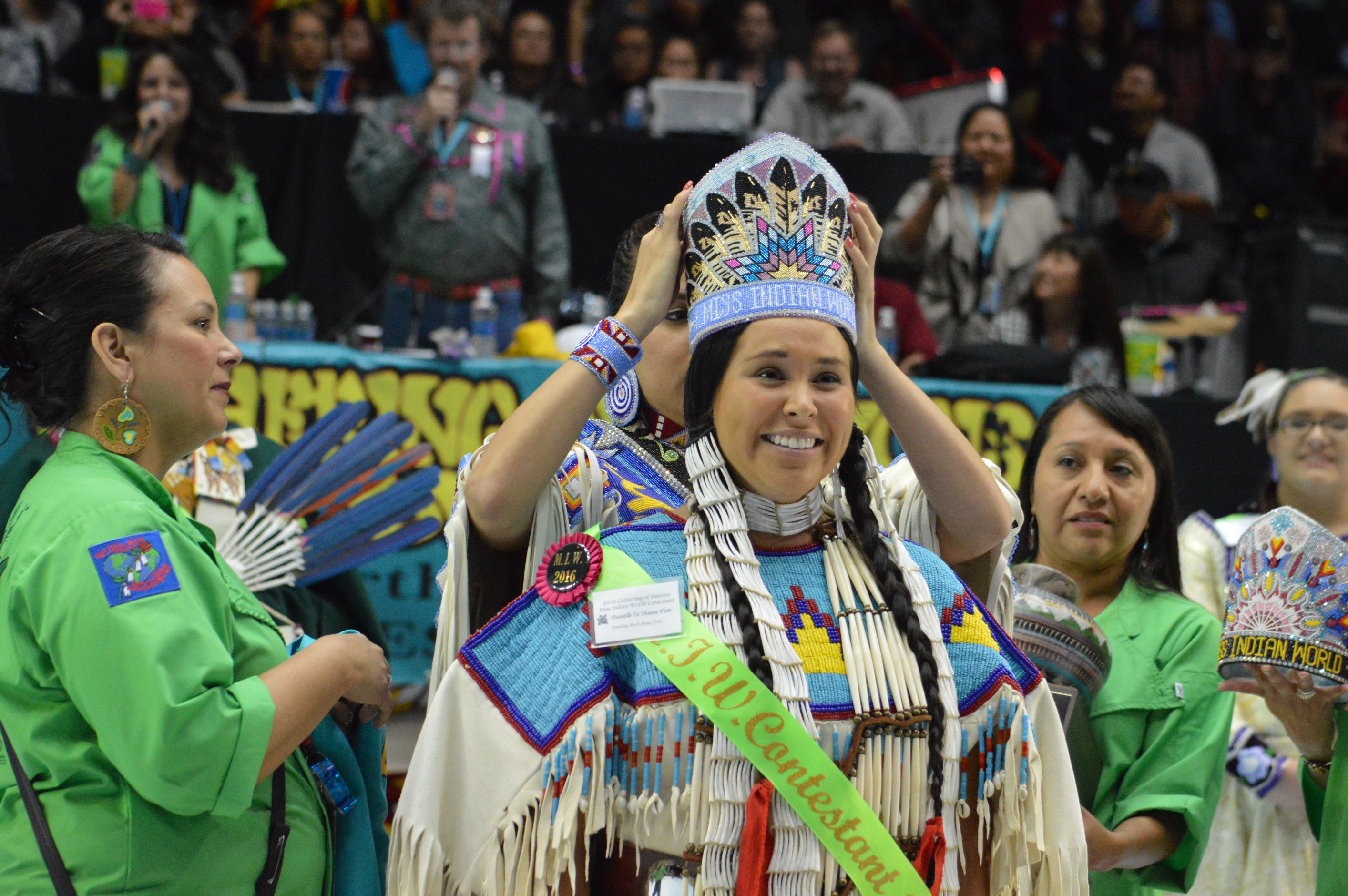 The Gathering of Nations opens with the Miss Indian World competition on Thursday, April 27 at 7 p.m. at the Albuquerque Convention Center in downtown Albuquerque.  The much anticipated Grand Entry, where thousands of Native American dancers simultaneously enter the coliseum dressed in colorful outfits or traditional regalia to the sounds of hundreds of beating drums, begins at noon on Friday, April 28 at Tingley Coliseum at Expo New Mexico.  The Grand Entry will be repeated Friday evening at 7 p.m. and on Saturday, April 29, at 12 p.m. (noon) and 6 p.m.  The new Miss Indian World will be crowned on Saturday evening, after the Grand Entry.

Fans of the Gathering of Nations can now listen to the event on iHeart Radio, the only 24-hour radio station in North America that offers Native American music of all genres including powwow, rock ‘n’ roll, and spoken word.  Through the iHeart Radio partnership, Gathering of Nations Internet Radio can be heard on the internet throughout the country and is broadcast over the airwaves in major radio markets.

Tickets for the 2017 Gathering of Nations range in price between $18 and $73 (plus online fees) and can be purchased online in advance of the event HERE.  Tickets are always available at the door during the event. General parking is available at Expo New Mexico.  It is suggested to enter Gate 8 on Louisiana Boulevard due to construction on Central Avenue.