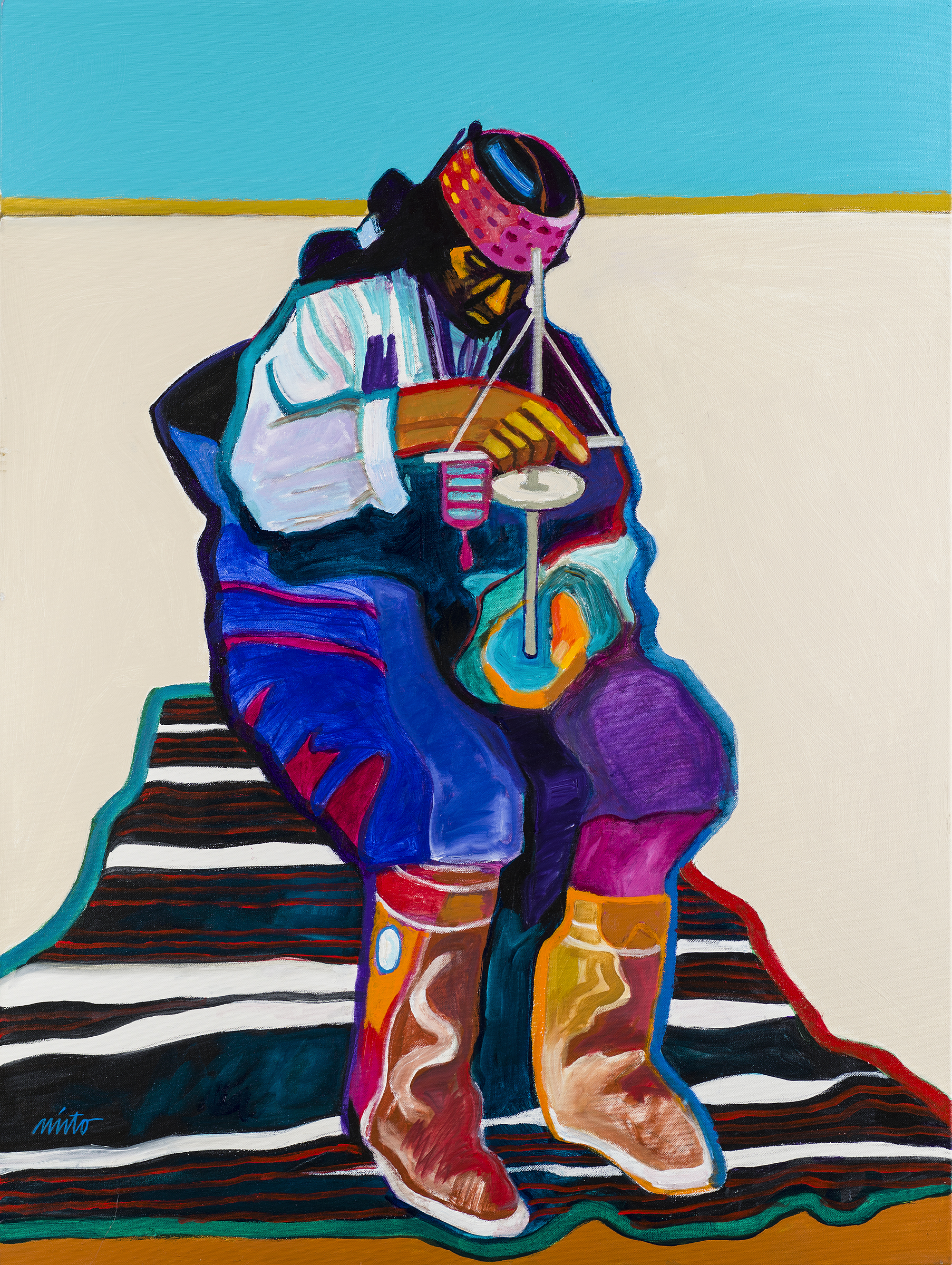 After a protracted struggle with congestive heart failure, John Nieto passed away peacefully, surrounded by family at his home in Texas, on July 11, 2018. He had regained enough physical strength after heart surgery to begin painting again mid 2017 with a new creative impetus and a rediscovered wellspring of inspiration: Cubism. He resolved to spend his remaining creative time painting the subjects that have always been closest to his heart, retaining the fauvist color designs and clean graphic style that have long been signature elements in his work, but with a passionate commitment to working exclusively in the cubist style of the master who had impressed him most—Pablo Picasso.

John Nieto is recognized as the first American artist to bring Fauvist color to the subjects that have made him a global luminary over the past 50 years—peoples and animals native to North America. He has painted homages to many of the great masters, including Van Gogh, Botticelli, Vermeer, Durer, and De Kooning, but no master intrigued him more than Picasso. Nieto painted several portraits of Picasso and early tributes to Picasso’s Cubism, including Picasso with Guernica (2008), and Buffalo Contemplating his Mortality, (2014). In 2017, Nieto produced a series of Cubist portraits of important figures in Native American history. Of the fourteen presented in an opening reception that year, half sold very quickly, a sure sign that he was onto something that resonated with collectors while presenting him with an opportunity to further explore yet another exciting way of making art. He completed 20 new Cubist paintings in advance of his 2018 Indian Market show at Ventana before his heart condition took worsened, leaving him unable to continue in his studio.

On April 26, 2018, John Nieto wrote, “Starting a new chapter excites me and amplifies my creative energy. Picasso was a Spanish artist. His inspiration for Cubism came from visits to an ethnographic museum in Paris. I am half Hispanic, and half Native American, an ethnic artist who paints ethnographic subjects. I am thankful for the best role model of all, and I look forward to discovering where my art takes me. I am sure of one thing—I am in good company.”