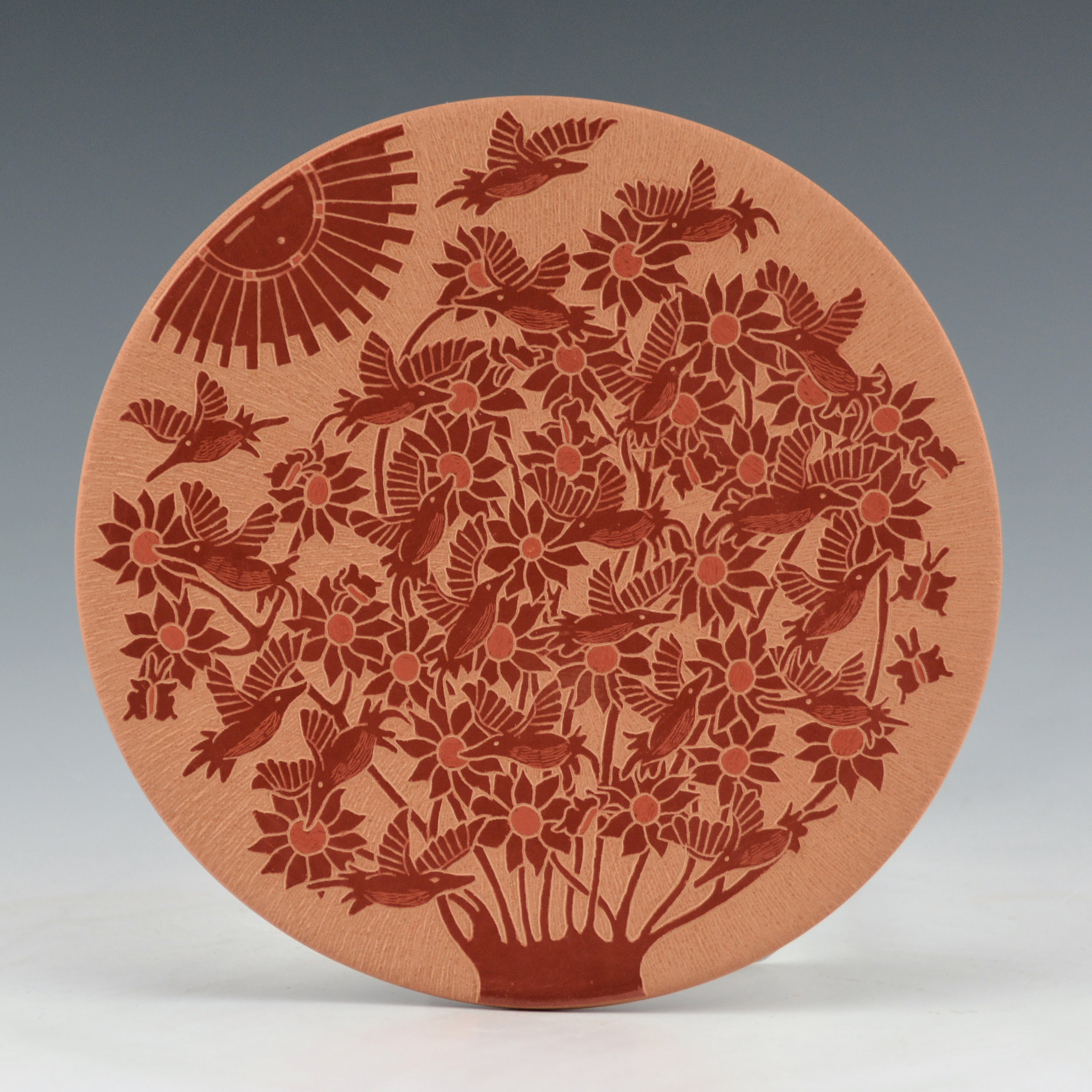 The Museum of Indian Arts and Culture (MIAC) announces its newest series of Pueblo Pottery Demonstrations beginning March 13, continuing April 10 and concluding May 8, 2019. Each demonstration will run from 1:00pm to 4:00pm at the museum employing modern styles cultivated from traditional practices. MIAC brings artists from San Ildefonso Pueblo, Zia Pueblo, and Santa Clara Pueblo to share how their cultures influence their techniques and artistry.

Cavan and Barbara Gonzales of San Ildefonso Pueblo join the museum on March 13, 2019, kicking off the spring demonstrations. Both, descendants of celebrated potter Maria Martinez, will exhibit their different uses of the polychrome style famous to their Pueblo. Cavan, the leader of the polychrome revival, uses traditional techniques to render designs of past and present-day life. Barbara Gonzales exhibits a style she describes as “slipped-designed polychrome”, which inlays coral and turquoise on etched black and sienna pottery.

Marcellus and Elizabeth “Sepia” Medina of Zia Pueblo will demonstrate nature-based influences and formal techniques passed down through Zia Pueblo culture on April 10, 2019. Though born of Jemez Pueblo, Elizabeth married into the Zia Pueblo and began learning Zia pottery from her mother-in-law. She creates natural colors and digs her own clay to create traditional Zia images such as symbols and birds. Marcellus Medina depicts the New Mexican landscape to convey the wonder that the land, sky, and sea conjure. Images centered on balance and inner peace with respect to natural majesty serves as his inspiration.

Preston and Debra Duwyenie, round out the museum’s pottery series on May 8, 2019, with a demonstration of Santa Clara Pueblo’s pottery. Since 1996, Debra Duwyenie has worked as a professional pottery artist. She brings a legacy of pottery experience in her wake, having learned from her grandmother, mother, and community, carrying traditions to future generations. Preston, originally of Third Mesa village, says that “I was born in a clay vessel” evoking the image of a calling. He teaches his craft at museums and art institutions and feels that pottery connects the people to the land as well as the spirit of his people and their history.

MIAC is pleased to amass this spring’s pool of pottery demonstrations, highlighting diversity in New Mexico’s Native arts. Join the museum March 13, April 10, and May 8 in celebrating the arts of San Ildefonso Pueblo, Zia Pueblo, and Santa Clara Pueblo.