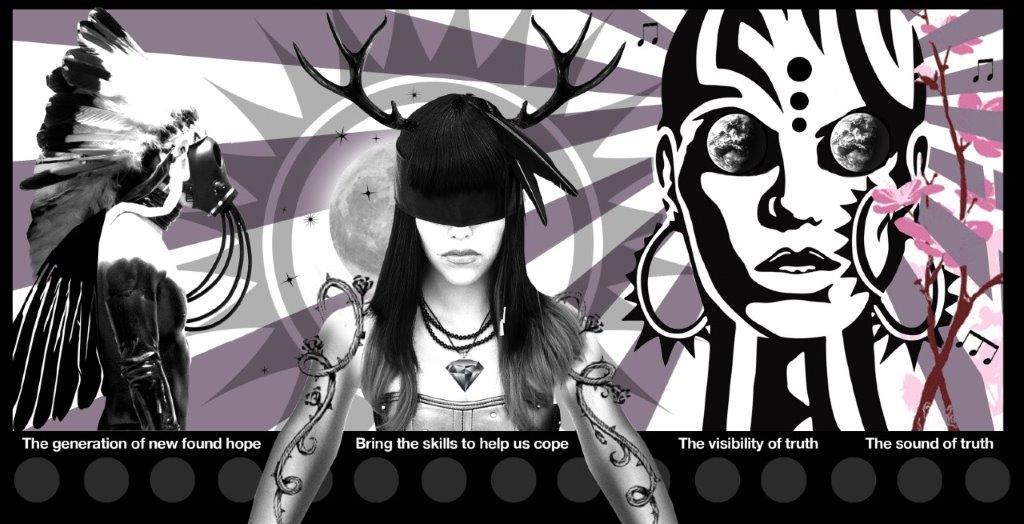 Internationally renowned Native American artist, ceramicist and fashion designer Virgil Ortiz (Pueblo Cochiti) of Santa Fe, New Mexico, has teamed with The Rockwell Museum and a class of at-risk high school students to create a large scale mural in Corning, New York. Ancient Elders will be painted on the south alley façade of Cap’n Morgans on Bridge Street in Corning. The mural will be painted the last week in September with an unveiling taking place on Friday, September 30.

This summer, Ortiz was an artist-in-residence at the Albuquerque Museum of Art. During he tenure, he created Ancient Elder, which was based on a Native American revolution in 1680. It is a futuristic imagining composed of historic and fictional figures who are participating in a revolution that restores their land in the year 2080.

The Rockwell, a Smithsonian Affiliate, specializes in art about America by American artists. Last fall the museum invited Ortiz to participate in a week-long collaborative initiative to explore how glass and ceramics can relate. His groundbreaking clay works are represented in major museums around the world. In Corning, he was intrigued by the murals in the downtown area. When he learned that the Rockwell participates in the Alley Arts Program, using the museum to foster student creativity, he offered to return and work with the students in designing and executing a mural.

This summer, as artist-in-residence at the Albuquerque Museum of Art, Ortiz worked with the Corning students through a series of Skype sessions to design the mural Ancient Elder. Students also studied Ortiz’s sculpture of the same name at the museum.