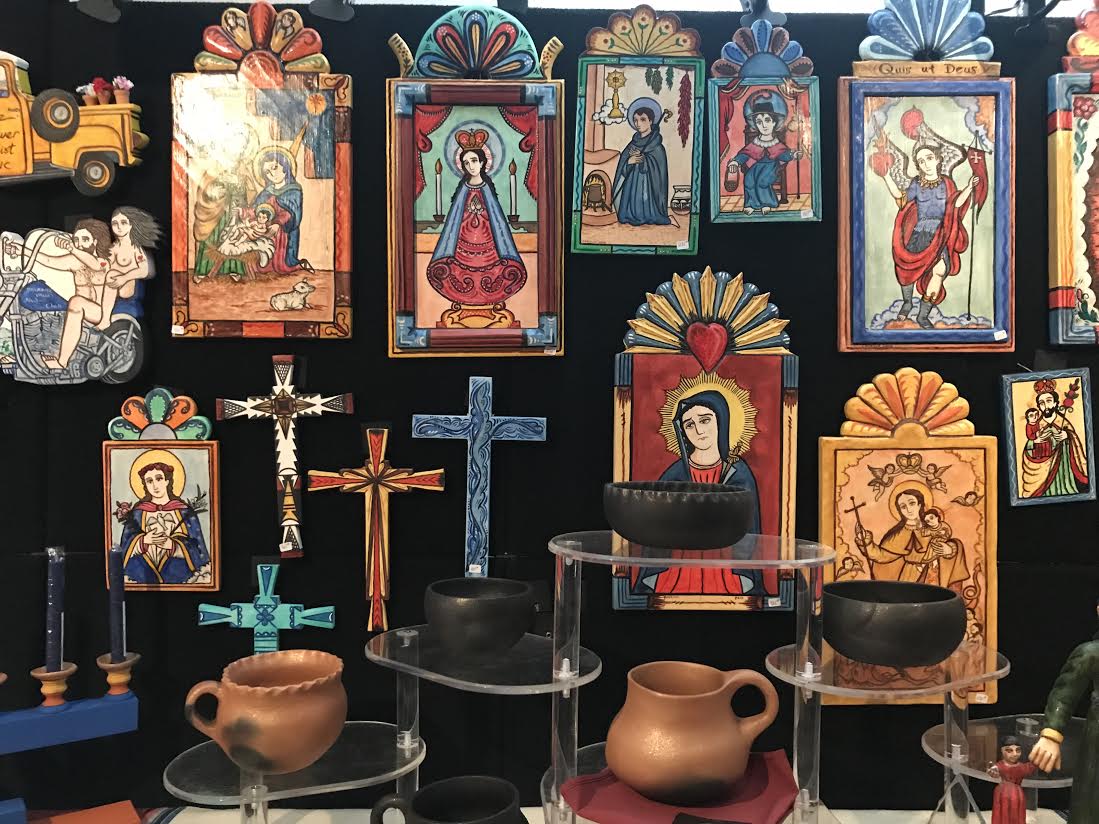 Tesoro Cultural Center will host its annual 1840 Rendezvous & Spanish Colonial Art Market weekend on Saturday, Sept. 14, and Sunday, Sept. 15, on the grounds of Colorado’s iconic restaurant, The Fort. Open to the public, the event runs from 10 a.m. to 4 p.m. each day. Admission is $5, and free for children ages 12 and under, and tickets can be purchased online at TesoroCulturalCenter.org.

Each year, Tesoro Cultural Center commemorates Far Western Mountaineers and the Fur Trade, including trappers, traders, American Indians, Hispanics, teamsters and military of the Bent’s Old Fort era (1833-1849). Bent’s Fort, of which The Fort is an exact replica, was an important fur trading fort that operated along the Santa Fe Trail in the early 19th century. 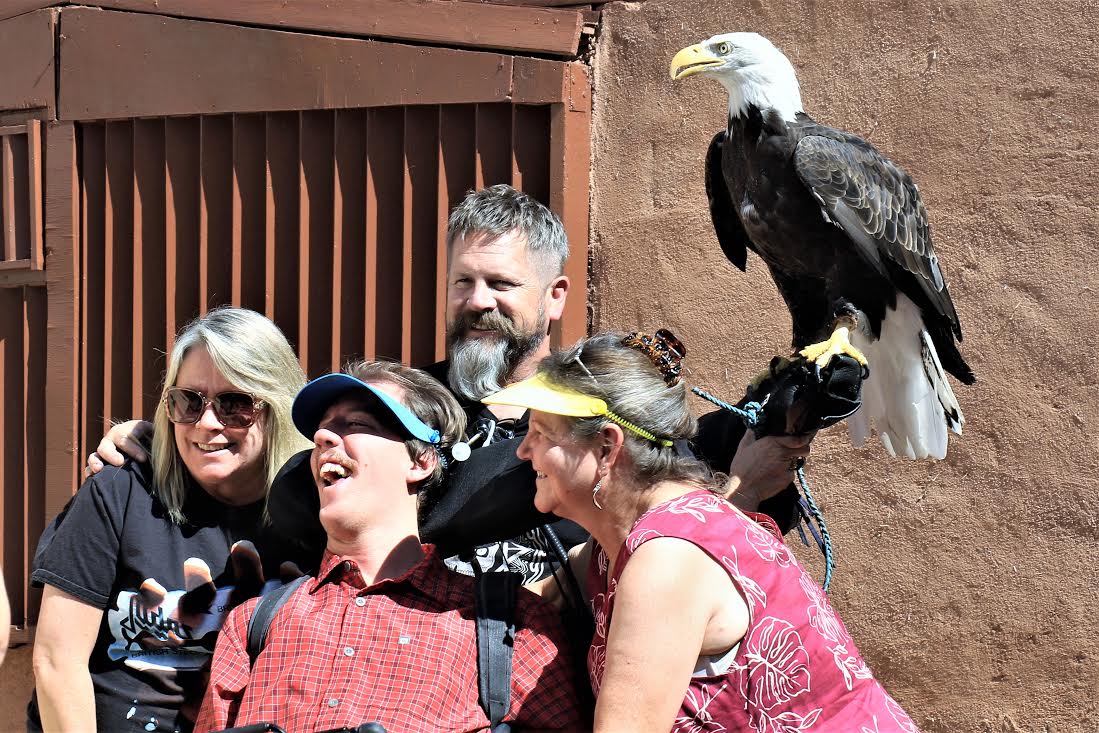 “At Tesoro Cultural Center, we truly believe that hands-on, interactive learning is the most impactful,” said Holly Arnold Kinney, the organization’s executive director. “We are thrilled to be able to present a weekend full of authentic, shared experiences, thanks to our award-winning artists, professional historic interpreters and  talented musicians, versed in the music of the time period. Together, we can keep our shared Colorado history alive and celebrate it with the public.”

A day at the 1840 Rendezvous & Spanish Colonial Art Market is a day in the early West, offering engaging and immersive fun for the whole family. Historic interpreters will show guests day-to-day skills from the 1840s, such as horse and mule packing; fire-starting; beadwork; sign language; blacksmithing; moccasin-making; arrow-making; wool processing; and more. Guests will be able to put these newly found skills to the test, under the guidance of bonafide Mountain Men and Frontier Women. Additional activities include handling demonstrations with a Bald Eagle and other birds of prey, courtesy of Hawkquest; storytelling; live music and performances by Rex Rideout and The Southwest Musicians; and a Rendezvous Scavenger Hunt for kids. 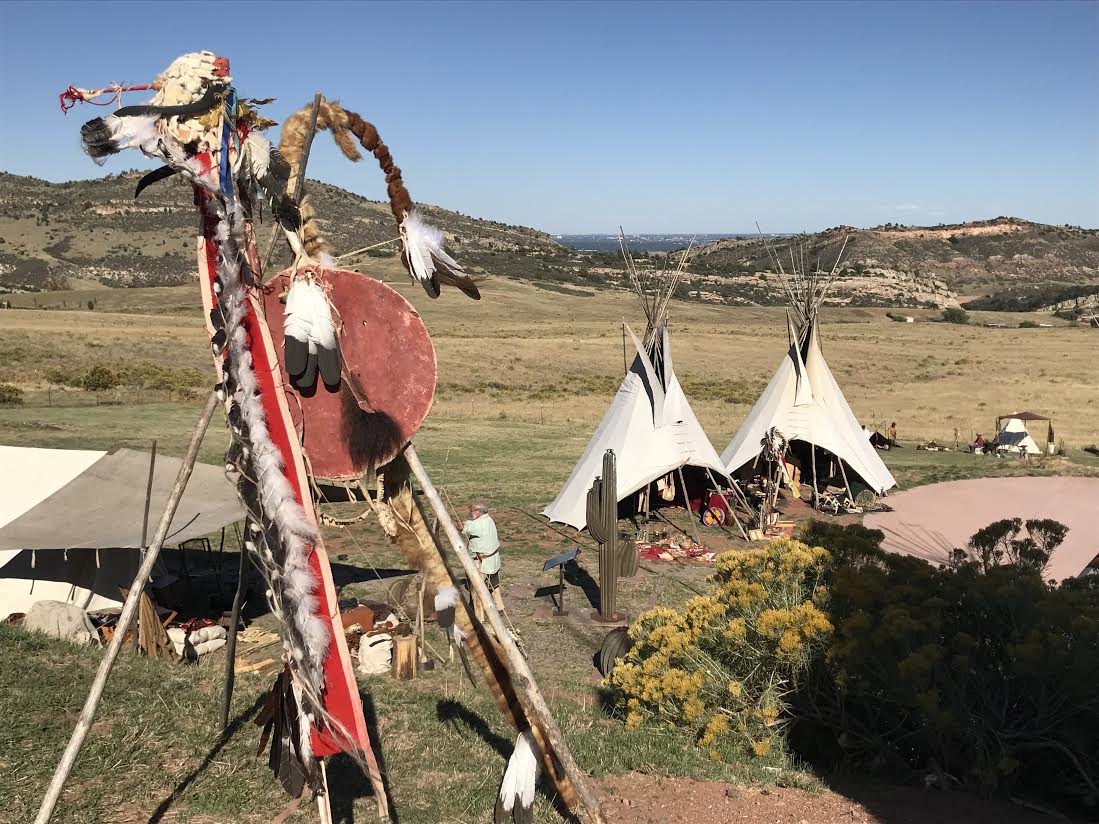 As a child, Roxanne was inspired to begin making Santos after a trip to Spanish Market in Santa Fe with her mother, Catherine Robles-Shaw. Roxanne would watch her mother paint as they spoke about Saints, and later began painting and participating in the youth division at Santa Fe’s Spanish Market. In 1999, Shaw had the opportunity to study under Santero and family friend, Victor Goler, through the Developing Artist Program of the Spanish Colonial Arts Society. Roxanne’s work is available at the Santos of New Mexico Gallery; John Isaac Antiques; Big Sun Gallery in Taos; Native New Mexico, Inc. in Santa Fe; and Blue Sage Gallery in Scottsdale, Arizona. Roxanne has also taught retablo-making in Durango, Colorado, and is a featured artist in a book on Santeras, “Indice Santeras y Talladoras.” Roxanne was juried into the Spanish Market in 2000 and her altar screen piece, containing San Raphael, Guadalupe and San Miguel, was awarded first place in Altar Screens. After winning first place in Altar Screens again in 2003, she took second place in the Retablos category at the Tesoro Cultural Center’s 2006 Spanish Market. Roxanne won first place in Retablos at Tesoro’s 2014 Spanish Colonial Art Market.

Born in Pojoaque, New Mexico, Frank’s family ancestry dates back hundreds of years in Northern New Mexico. His grandmother’s profound faith was his primary influence as a child. She collected many different styles of devotional art and religious icons, providing Frank with the opportunity to broaden his understanding of iconography. Frank began sketching and painting as a child, and has been a Tesoro Cultural Center Spanish Colonial Market artist since 1998. He has developed relationships with other Santeros and Santeras who have encouraged him to learn more about Spanish Colonial art, and to create pieces in the style of the period. Frank makes his own gesso from natural pigments and piñon varnish, and his hide paintings are done on natural brain-tanned leather. Frank has won numerous awards and honors including first place for the Poster Award at the 2004 Espanola Valley Arts Festival; first place for the Hide Painting at the 2006 Tesoro Spanish Colonial Market; and the Our Lady of Guadalupe Award at the 2006 and 2007 Spanish Markets in Santa Fe. In 2012, Frank won third place in the Bultos category at Tesoro’s Spanish Colonial Market, and in 2013 he won second place in that category. 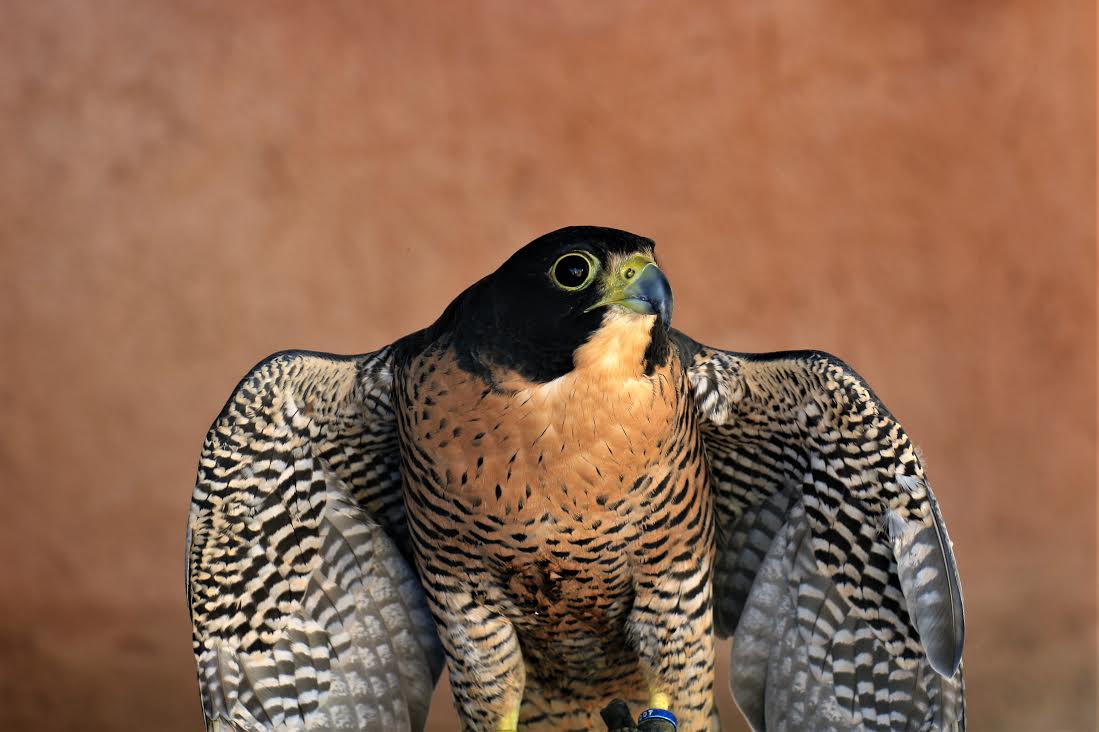 Born in Ocate, New Mexico, Margarito was first juried into the Santa Fe Spanish Market in 1996. He has been published in numerous books, including “Our Saints Among Us” by Barbe Awalt and Paul Rhetts, and “The Saint Makers by Chuck” by Jan Rosenak. His work can be seen in the Spanish Colonial Museum in Santa Fe; the Rough Riders Museum in Las Vegas, New Mexico; the Museum of International Folk Art in Santa Fe; and as part of the Regis University Collection in Denver. Margarito’s many awards include a second place Mixed Media and the Directors Award at the 2003 Spanish Market in Santa Fe; the Poster Award at the 2006 Santa Fe Spanish Market; third place in the Bultos category at the 2006 Tesoro Spanish Colonial Market; and second place in Bultos in 2008 at Tesoro. Last year, Margarito won third place in Retablos at Tesoro’s Spanish Colonial Market.

The 1840 Rendezvous & Spanish Colonial Art Market weekend festivities will kick off on Friday, September 13, with a Tesoro Member-exclusive “Meet the Artists Patron Party,” from 6-9 p.m. at The Fort. Guests will have the first opportunity to purchase award-winning art and the evening will feature live music provided by Spurs of the Moment. Hearty hors d’oeuvres, courtesy of The Fort, will be provided alongside a cash bar. Membership and $20 tickets to the “Meet the Artists Patron Party” can be purchased here.