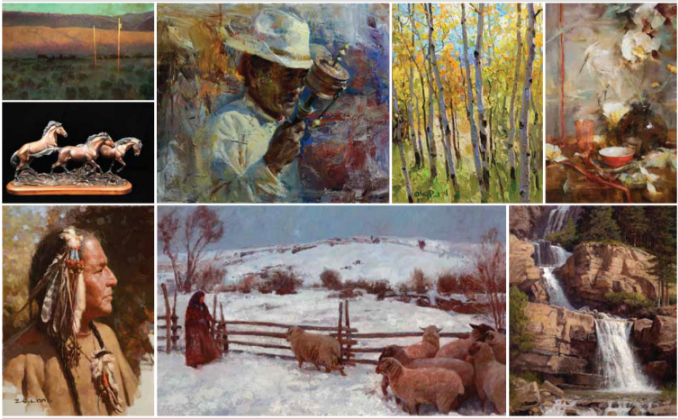 “The show was a great success,” said Ken Schuster, director and chief curator of The Brinton Museum. “We were delighted by the artists and the high caliber of their works.” Eight artists received awards from the Northwest Rendezvous Group of Artists, and The Brinton Museum in partnership with Fine Arts Connoisseur awarded a Best of Show:

About The Brinton Museum
Founded in 1960, The Brinton Museum is a fine arts institution devoted to preserving the art and history of the West. Located on the historic Quarter Circle A Ranch in the foothills of the majestic Bighorn Mountains, it features 19th, 20th and 21st century American and Indian Art in a setting that is art unto itself. The new Forrest E. Mars, Jr. Building opened in June 2015, propelling The Brinton to its highest-ever annual visitation when the museum welcomed more guests from all 50 states and 30 different countries. Regular admission to The Brinton Museum is $10 for adults, $8 for students and seniors, and free for American Indians with tribal ID; active military, veterans and their families with military ID; and children 12 and under. The Brinton Museum offers individual, family and corporate memberships, featuring a number of benefits, including free reciprocal admission to hundreds of museums throughout the U.S. Museum hours are 9:30-5 p.m., 7 days a week. The Brinton Museum is located at 239 Brinton Rd., in Big Horn, WY.