OBSERVATION IS CRITICAL TO THE CREATIVE PRACTICE of artist, writer, and naturalist James Prosek. Observation, and what American biologist E.O. Wilson described as “biophilia,” the instinctive bond between humans and other living systems. As Prosek explains, it’s a fascination with life and its diversity, “a deep love of the biotic world.”

This fascination led the 43-year-old artist to produce a body of work that includes paintings in major museum exhibitions, award-winning documentary films, 11 books filled with detailed watercolor illustrations, sculptures, countless drawings, and large-scale installations — all of which illuminate the beauty and complexity of nature and our relationship with it.

At age 20, while still an undergraduate at Yale University studying English literature, Prosek published his first book, Trout: An Illustrated History. It featured 70 watercolors of native trout from brooks, streams, and rivers across North America. He’d worked on the book since childhood, Prosek explains. The idea germinated in the 1980s when he was 9 years old and unable to find a natural history book on trout at his hometown public library. He began to investigate, writing letters to departments of wildlife around the country, and collecting pictures and information.

“But I learned very quickly that no two biologists could agree on exactly how many trout there were,” Prosek says, explaining that this was partly due to the fact that scientists couldn’t agree on the species’ definitions, and partly because the effort to categorize nature linguistically has limitations — nature’s edges are fuzzy, but categorical lines are drawn straight. 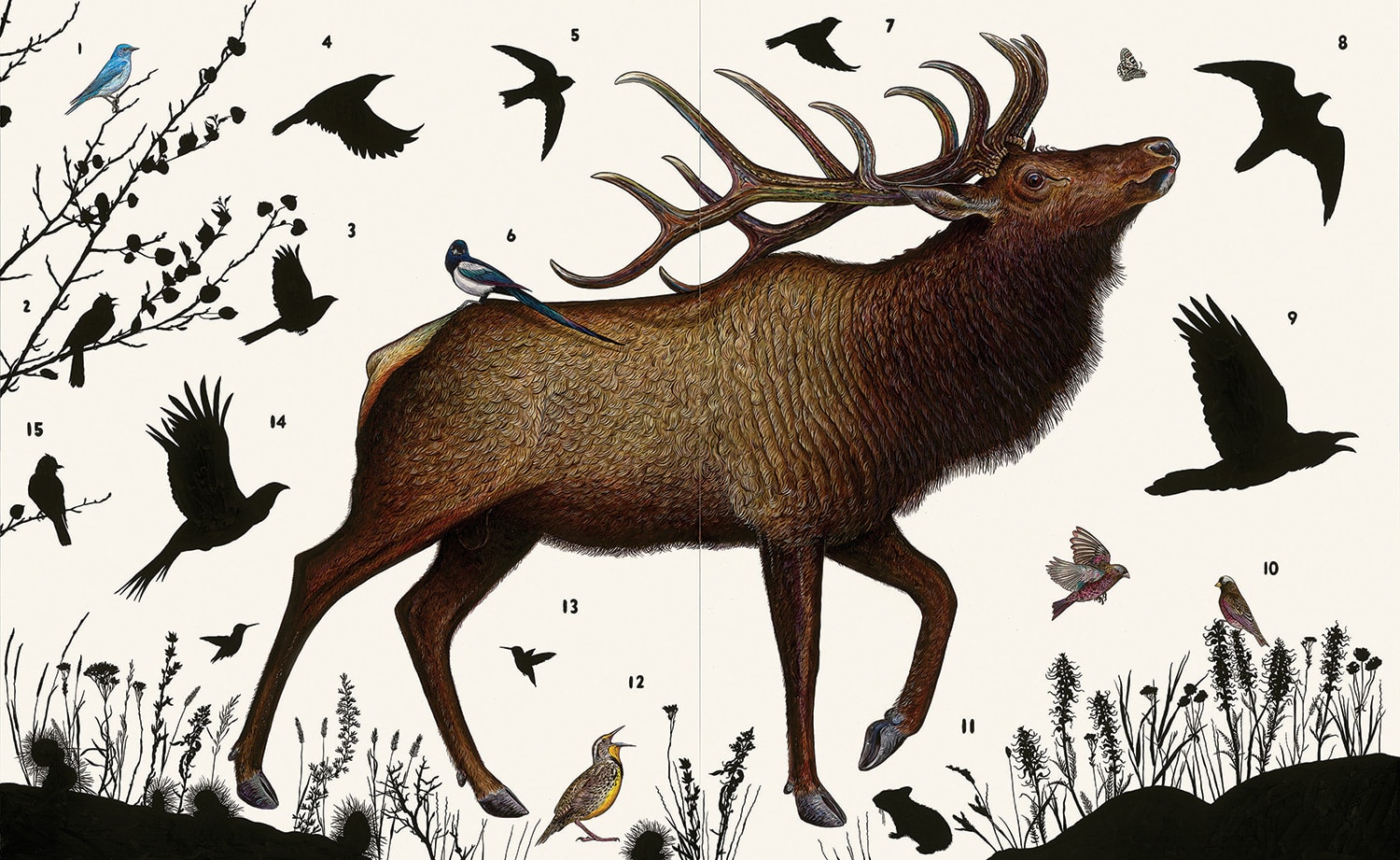 “I couldn’t really put together a list. … I thought species were confirmed, rigid units of nature,” Prosek says. “So, that’s where it kind of began for me. My faith in the reliability of these names and boundaries had begun to decompose a little, or fall apart.”

Trout: An Illustrated History was completed in 1996, and since then, Prosek’s work has earned comparison with that of John James Audubon — only what Audubon is to birds, Prosek is to fish. The book was the first of its kind, and the young artist became widely recognized for calling attention to the existence and plight of wild trout and the need for conservation. 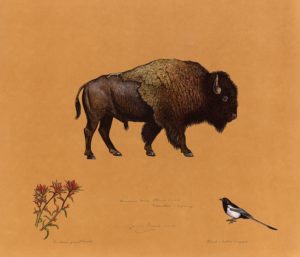 In pursuit of his creativity, Prosek has traveled across the globe. One trip took him fly fishing around the 41st parallel, resulting in another book. During college, a Yale fellowship allowed Prosek to follow in the footsteps of Izaak Walton, the 17-century author of The Compleat Angler. He traveled through England and Ireland, fishing the same rivers, “each [fish] probably a descendant that Walton had caught here.” The result was Prosek’s 1999 book, The Complete Angler: A Connecticut Yankee Follows in the Footsteps of Walton, which he turned into a documentary in 2002. The film won a Peabody Award the year after, and things came full circle when Prosek won the Izaak Walton Award from the American Museum of Fly Fishing in 2016. 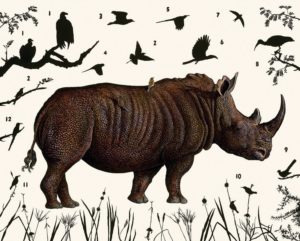 Today, the artist lives in his hometown of about 7,500 people in Easton, Connecticut. He uses a one-room schoolhouse built in 1850 as his studio. “I still live in the same town, on the same street, actually,” Prosek says. “It’s an important source for my work. There’s a farm next to my property and a drinking-water reservoir with 1,000 acres of land; the town has a lot of open space.” Prosek grew up hiking these places with his father, who was from Brazil and shared his love of birds with his son at a young age.

“I started drawing when I was very young, probably whenever I could hold a pencil,” Prosek says. As a boy, he copied the seascapes of Winslow Homer and the natural history illustrations of Audubon, Roger Tory Peterson, and Louis Agassiz Fuertes. “And I think drawing nature helped me develop an intimacy with nature, because when you draw something, you have to really examine it closely,” he says.

After the publication of Trout: An Illustrated History and his other early documentary works, Prosek’s art became more conceptual, leading him back to the questions that first confounded him at age 9 when he was researching North American trout: How and why do we name, systematize, and order nature? Are there consequences?

He’s currently writing a book on the subject and says that Yellowstone is a good metaphor for the idea. “Yellowstone wasn’t a place until someone drew a line around it and named it. It’s great it was done, because we wouldn’t have Yellowstone, but at the same time the boundary is problematic because animals don’t know it’s there,” he says. “And now, 150 years later, that line that started as a conceptual line on a map comes to mean something more real as humans push against it.” 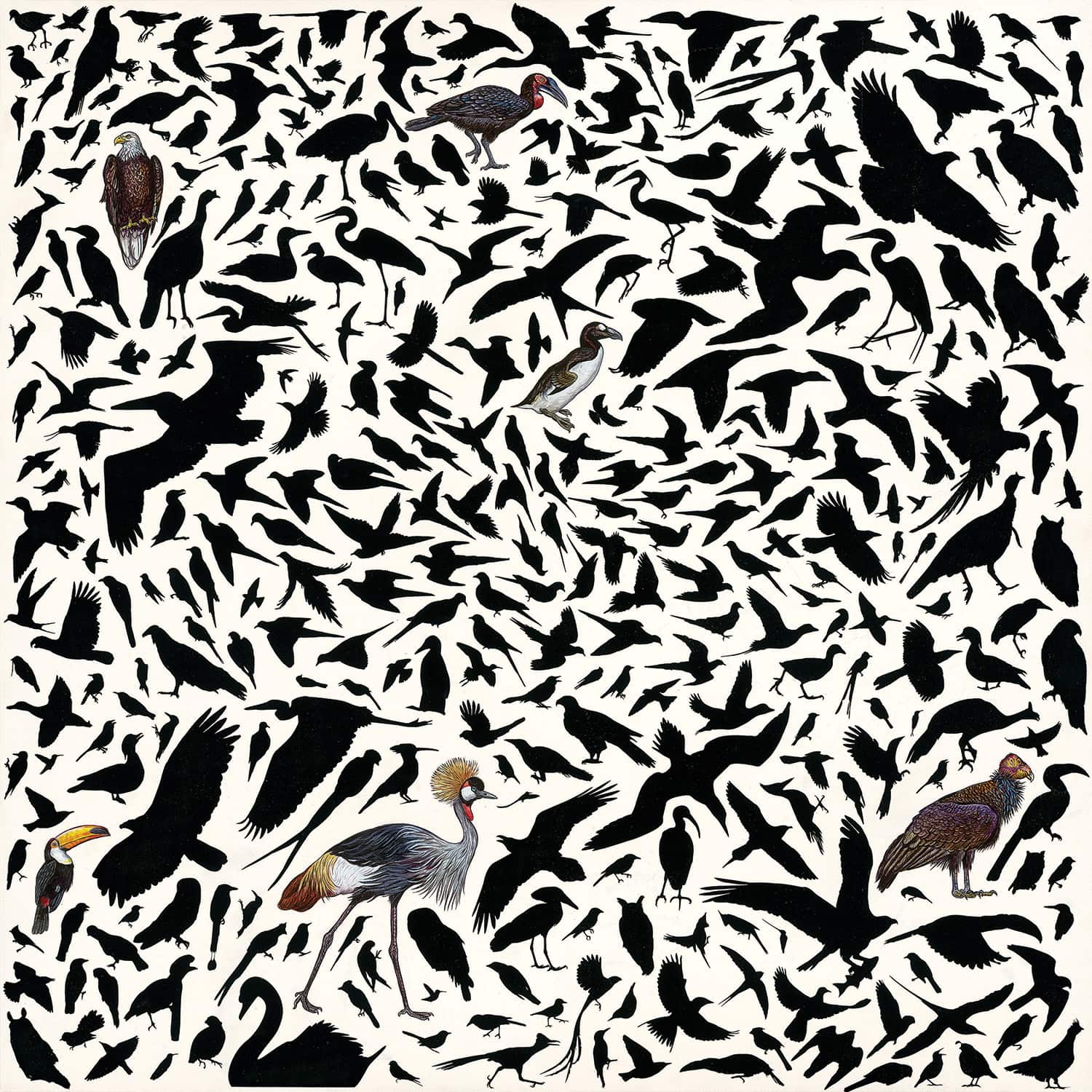 Prosek explains that animals contend with the consequence of boundaries that humans put on the landscape. Some of these are tangible, such as highways, while others are invisible lines on a map that still affect the movements of animals. An elk, for example, is a tourist attraction inside the park boundary, but across the line it can be shot and killed by a hunter. And what we’ve designated as the Greater Yellowstone Ecosystem is really connected to ecosystems as varied as the Great Plains, the Pacific Northwest, South America, and Canada. “Basically, humans fragment the world, but the natural world needs interconnectivity to continue,” Prosek says.

He has explored this theme in a series of painted hybrid creatures and painted murals that use imagery from field guides to expose our love of identification. In another style of work, he realistically renders one creature in color and leaves the others that exist in the same ecosystem silhouetted and numbered against a white background. It catches viewers’ attention at the National Museum of Wildlife Art, says Dr. Adam Harris, the museum’s Joffa Kerr Chief Curator of Art.

The museum purchased two of Prosek’s works during its 2018 Collectors Circle, an event in which museum patrons vote on works to acquire. Two of the five works selected were Prosek’s, American Elk (Wyoming) and Yellowstone Composition #2.

“[The style] gets people to really look at the painting, because they are looking for more information. They want a number key or an explanation,” Harris says. “It goes along with Proseck’s whole philosophy of going beyond the fact that we know an animal just because we know what its name is. It’s interesting to present people with a little bit of a mystery to solve. The work is engaging in that way.” 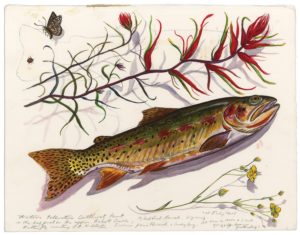 Prosek says that institutions such as the National Museum of Wildlife Art are the best places for his work to be collected because it is cared for and publicly exhibited. And though he generally dislikes such labels, he also sees a rising interest in “natural” or “wildlife” art in contemporary art at large.

“I think that the ‘art world,’ so to speak, whatever that means, has become more accepting of artists who engage with nature, biodiversity, and natural history. More so than maybe 10 to 15 years ago, or even 20 years ago, when I started my career,” Prosek says. “There was a stigma against nature and natural history, but because of the state of our environment, institutions are open to conversations across disciplines. So I think that is part of my life’s work, to try to bring down or soften some of these boundaries between lines of inquiry.

“It’s about questioning; why do we treat certain objects one way and others another? Why is a nest made by a bird in a separate institution from a pot or vessel made by a human? They are both made for a purpose, why is one artistry and one natural architecture? They are just questions that don’t have answers, but it provokes discussion that might prod people to think a little differently.”