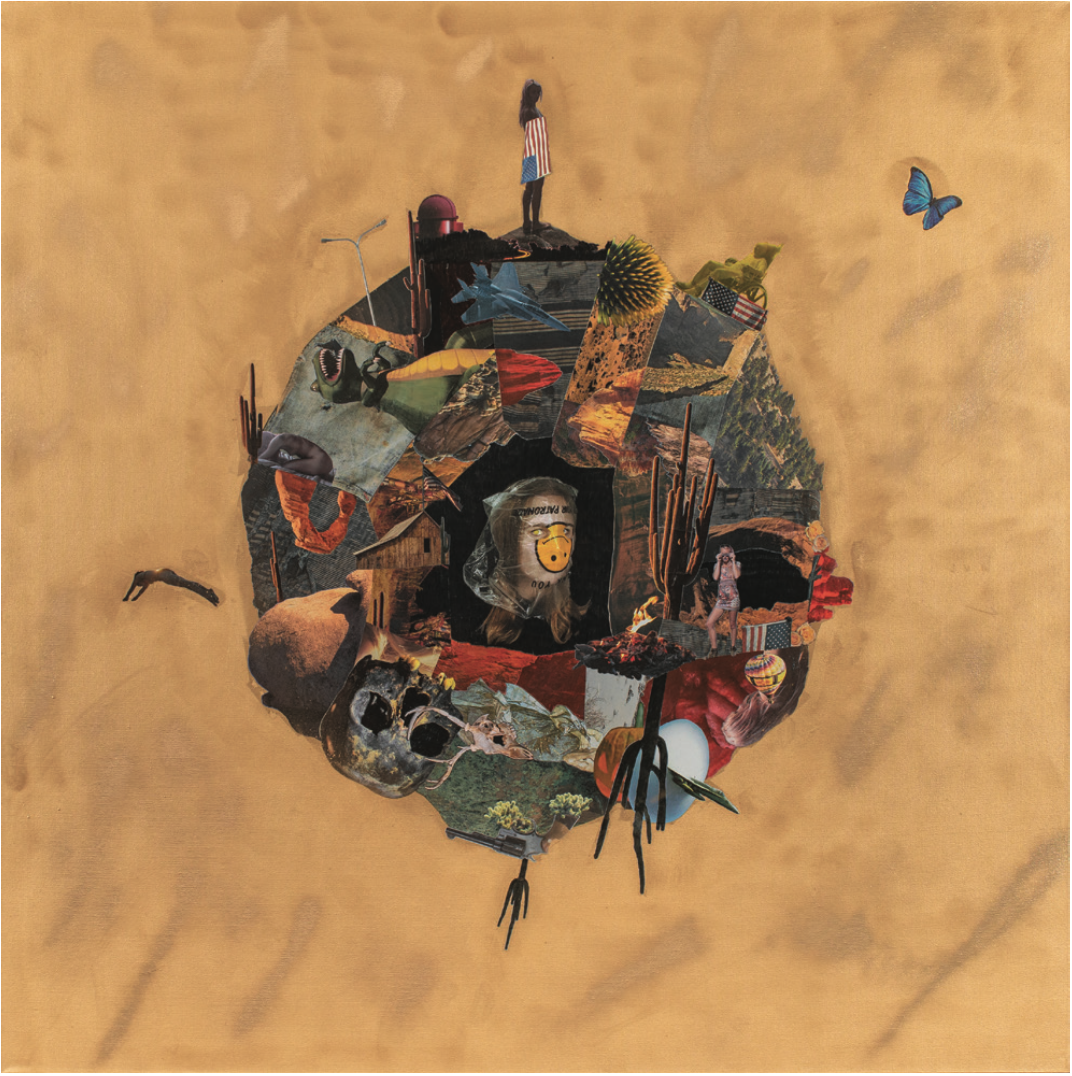 To label Vanessa Compton’s artwork as “collage” may at first cause some people to erroneously imagine the sorts of projects done by weekend crafters. One look at The Lives of Man, however, quickly puts such preconceptions to rest. At more than 3 feet wide and nearly 1.5 feet tall, the panoramic scene abounds with kinetic, kaleidoscopic, even provocative imagery, including a war-painted Native American on horseback at full gallop; two lovers embracing; a man carrying a picket sign; a gas-masked protester waving an inverted American flag; a man wearing a traditional Islamic robe; an outdoorsman carrying a wolf across his shoulders; two tribal figures from a painting by famed Native American expressionist Fritz Scholder; and three people on horseback heading uphill on a two-lane desert highway toward a lone saguaro, beyond which acrylic and oil paints burst across the sky. Inviting even further discussion, Compton took the title from a book by the Islamic scholar Abdallah ibn Alawi al-Haddad. 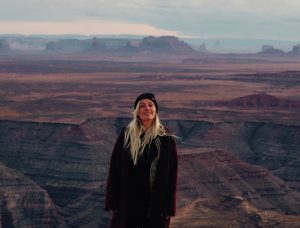 “The past, the present, and the future are meant to exist simultaneously in my work,” says Compton, who began the piece shortly after visiting the site of the 1876 Battle of Greasy Grass, also known as the Battle of the Little Bighorn. Much of what she does, she explains, is informed by “the perspective of Indigenous peoples” and such questions as, “What does it mean to live in this nation, and what does it mean to be an American?”

To that end, the collagist, who lives in Burlington, Vermont, spends ample time in the West at artists’ residencies, most recently three weeks this past September at the Tongue River Artist Residency in Dayton, Wyoming, at the base of the Big Horn Mountains. “I always try to continue creating connections with people in the surrounding communities, especially those voices that have been largely omitted from the history books,” she says.

Wherever she goes, Compton also ceaselessly gathers materials for future works. “I have an incredible collection of magazines from all over the world and different time periods, books, maps, and other resource materials. It’s almost at the level of hoarding,” she laughs. “But I use everything, so it’s not.”

More recently, Compton has begun on occasion including images of herself in collages. She makes four small photographic appearances, for example, in the large, circular Coyote, named for a wild creature that has long inspired her. “Coyotes have always been my favorite animal. They’re reviled across the West and in Vermont, too. And yet, I find them so beautiful and resilient.” 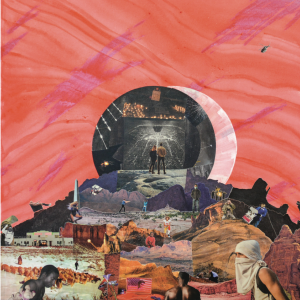 Compton came to collage after studying in the ceramic department at the University of Colorado Boulder, graduating in 2005, then working three years as an arts educator in nearby middle and high schools. Eventually, she created clay and mosaic installations, finding the collage-like process so appealing that she left the clay behind. “There was only so much I could do before it was going to break. But with collage alone, there are no limitations,” she says.
Compton’s work is represented by Soapbox Arts in Burlington, Vermont.