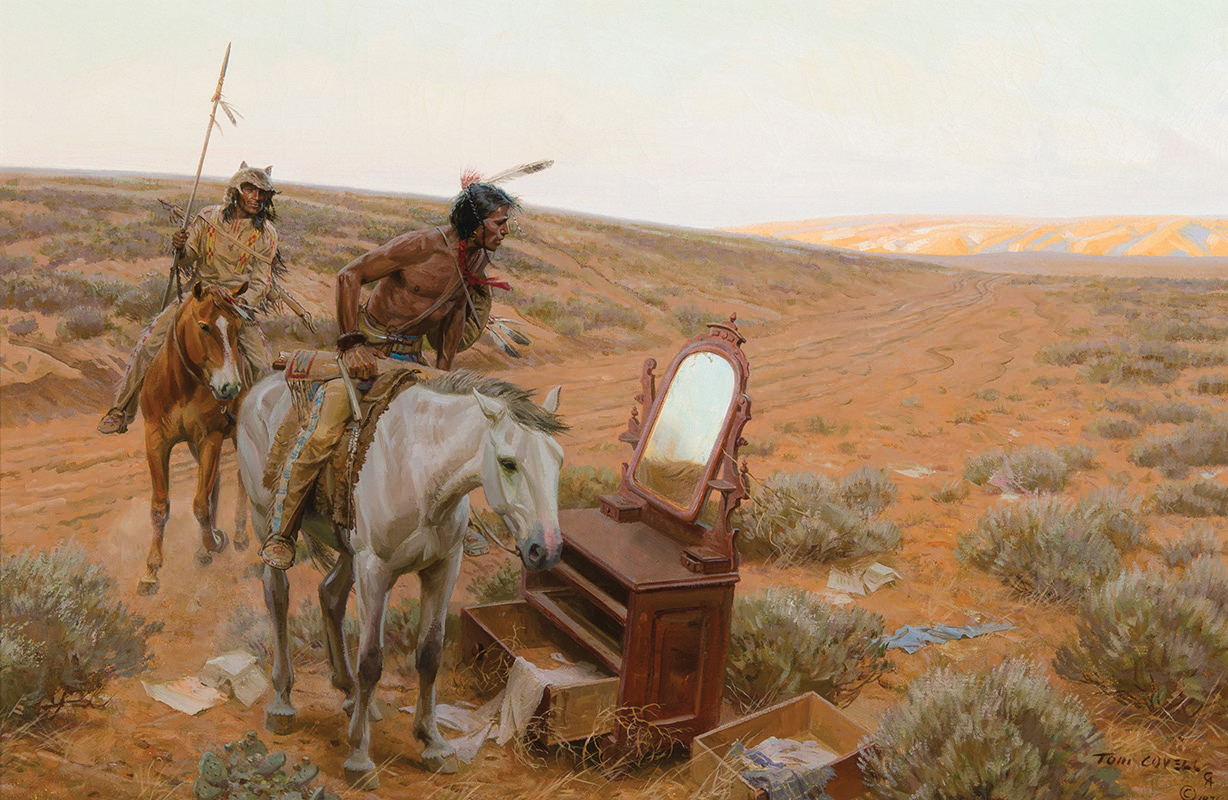 Many times along the art trail, an artwork has brought me to a halt. Few pieces, however, have been as arresting as this one by the legendary Tom Lovell. I first saw this painting at the Booth Western Art Museum, and I was immediately riveted.

A native of New York, at age 9 Lovell began sketching American Indians portrayed at the Museum of Natural History in Manhattan. After graduating from Syracuse University, he worked as an illustrator for 38 years, creating magazine illustrations for periodicals such as Life, True, Collier’s, McCall’s, and National Geographic. In 1969, after completing a major commission of 14 paintings for a museum in Midland, Texas, he left illustration and went on to a successful career in Western art. Shortly after, he relocated from Westport, Connecticut, to Santa Fe, New Mexico.

This painting stands apart from thousands as one of the most poignant images in Western art. Here, Lovell captured a scene, a moment in time, a small incident of epic meaning, and portrays it for his viewers in a quiet manner that makes it all the more moving.

When we look at paintings, we see what we imagine the artist is saying. Additionally, we get to create our own narrative. This particular piece encompasses more stories than can be mentioned in this brief column. We wonder, for example, about the Sioux who have discovered this strange object with their image looking back at them. We share their curiosity about the family or persons who left it behind and are now further down the trail. The painting calls to mind things we ourselves have lost or let go of, an idea we can relate to because most of us have had to lighten the load somewhere along the way. It reminds us of choices made regarding treasures discarded to enable our arrival at a better life ahead.

The Heirloom is a vivid translation of the written histories that Lovell would have read. A meticulous researcher, he studied the journals and diaries of early settlers and pioneer travelers. Clearly a master communicator, Lovell stands among the very greatest of the Western storytellers. This unique scene is one of his finest.