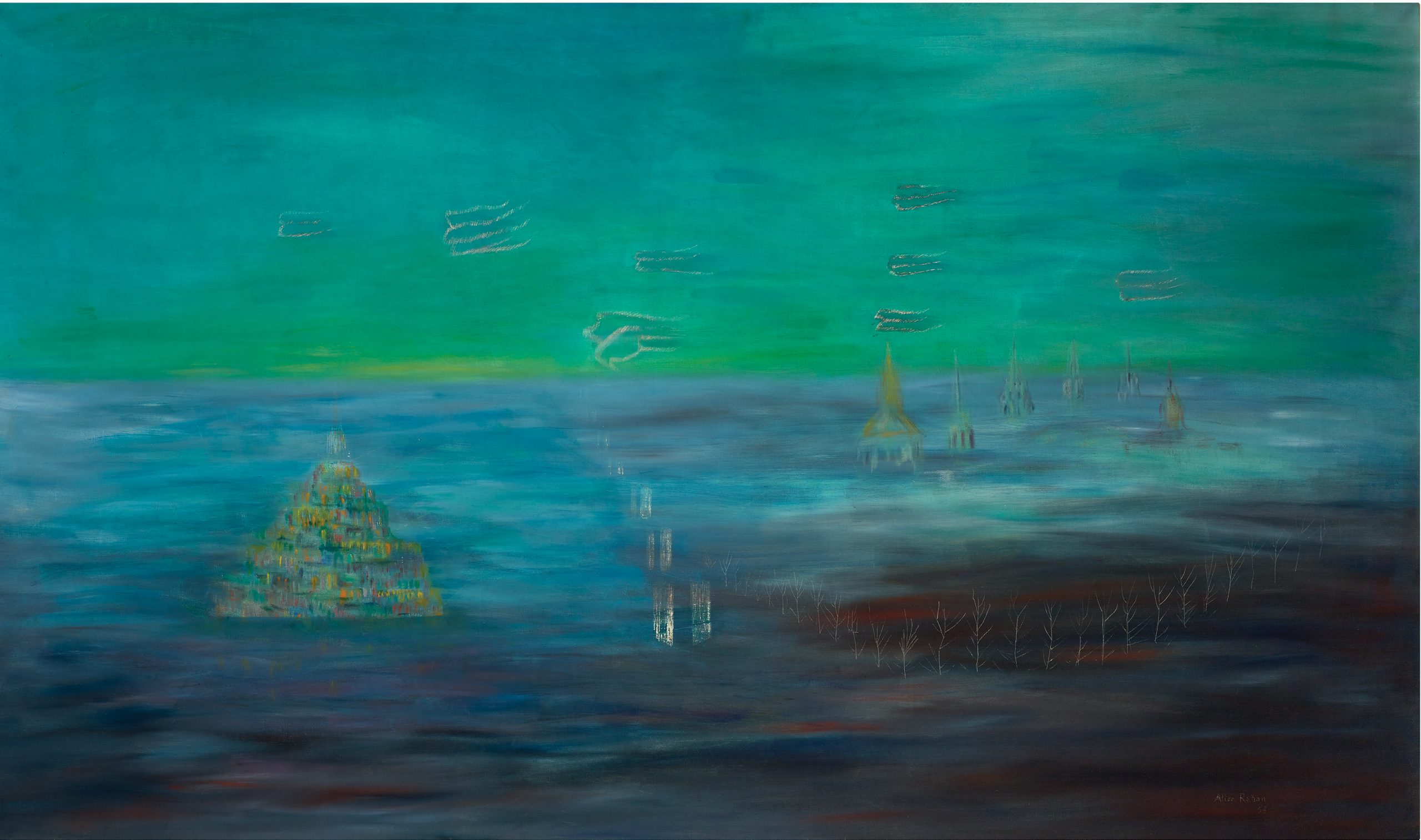 Alice Rahon, The Next Morning | Collector Frances Baxter loaned this painting to the Miami Museum of Contemporary Art for a major exhibition of Alice Rahon’s work in 2019.

Loaning a work of art from your collection to a museum is the kind of generosity that kicks back. Collectors who lend frequently express that sharing something important and beautiful in their life is deeply gratifying. But there are other reasons to lend besides that intrinsic satisfaction: Not only is it prestigious to have one of your pieces exhibited, but also the value of the work can increase as a result.

For collectors new to the practice, some nail-biting and hand-wringing can be expected. One new lender likened the experience to sending her kids off to summer camp. Yet attention to the details of the ubiquitous exhibition loan agreement and the reputation of the company who packs and transports your art, among other things, will go a long way toward ensuring the safe return of your pieces and a happy experience for all.

Collector Frances Baxter had never lent any of her art out, but when she received a call from curator Teresa Arcq, an expert in Latin American art, she was intrigued. Arcq was putting together an exhibit on the Surrealist painter Alice Rahon and wanted to borrow two of Baxter’s paintings, The Next Morning and a portrait of the artist by Wolfgang Paalen. The exhibit was held at the Miami Museum of Contemporary Art last December.

“I never felt the request [to borrow] was demanding,” Baxter says. “I was thrilled that somebody thought [my paintings] were important enough and beautiful enough that other people would want to see them.”

But it was also scary. She remembers thinking, “Suppose something happens to them?”

The day the crating company was set to come and pack Baxter’s paintings up, one of her friends called and asked if the loan agreement included a guarantee that the two works would not be taken anywhere other than the one museum in Miami and, above all, not out of the country. If not, her friend said, “this art could be taken out of the country, and … you may never get it back.”
“I was like a maniac,” Baxter recalls. “I was like, ‘Wait, hold on.’”

Baxter, who lives in Houston, Texas, immediately left a message for Arcq, and then reached out to her friend Gilbert Vicario, deputy director for curatorial affairs at the Phoenix Art Museum. Vicario, who has been arranging these kinds of loans for decades, said, “Frances, until you know for sure, don’t let them take [the paintings] out of your home.”

Fortunately, the crating company staff understood and agreed to come back when Baxter had the information she needed. In the meantime, a phone call from Arcq reassured her that the paintings would not be going anywhere but the Miami Museum of Contemporary Art.

Loans from private collectors are essential to a museum’s ability to mount relevant, interesting, and comprehensive exhibits. Last year, Vicario assembled a career-spanning exhibit of Modernist painter Agnes Pelton’s work for the Phoenix Art Museum. After Phoenix, the exhibit traveled to New Mexico, then to New York City, and it will appear at the Palm Springs Art Museum this fall. Half of the 45 Pelton canvases were on loan from private collectors, and the rest came from other museums, which is the other kind of loan that commonly occurs. But inter-museum loans often travel with a courier. Vicario frequently accompanies pieces in his museum’s collection overseas to ensure their safe handling, including, for example, that a painting is left in its crate for 24 hours after arrival so it can adjust to the new climate.

Every exhibition loan agreement is unique to its institution. Some are a few paragraphs; others are several pages. But museums are almost always amenable to modifications, so collectors should ask for what they need to feel comfortable. Some collectors have asked for and received such protections as prohibiting food and beverages in the gallery, placing barriers in front of their paintings, or transporting works with a courier. Requests can include perks, like travel expenses to the exhibit or hotel accommodations (though these are not common requests). You don’t need an art lawyer to negotiate the terms, but if contracts aren’t in your bailiwick, it’s a good idea to ask someone familiar with legal lingo to look it over.

When the crating company returned to Baxter’s house to get her paintings, the crate they made for the large painting turned out to be the wrong size. The instructions Baxter received for measuring had been unclear, and so the men left a second time and returned later with a crate that accommodated the canvas exactly. (Normally, the crating company will do all the measuring.)

Some weeks after the paintings left her house, the museum called Baxter to ask if they could use the image of The Next Morning on the cover of the exhibit catalog.

“I was like, ‘Is this going to get better?’” she says. “And it did. They also made a scarf of the painting to sell in their gift shop. I thought, ‘Are you kidding me?’ I was so proud.”

Baxter attended the opening of the Rahon exhibit, Poetic Invocations, in December, along with her daughter, sister, Vicario, and another close friend. “[The museum] was so appreciative,” she says, “and the fact that other people were going to see the art was really important to me.”

Baxter welcomed her paintings home in June, after a three-month loan extension due to a coronavirus-related museum shutdown. They were in perfect condition.

“I would do it again,” she says. “I would also be very careful about it, and now that I know the ropes, it would be a lot less stressful.”

Expert Advice
Loaning artwork to a museum? Here’s what you need to know…

Know the value of your artwork. This is essential for insurance coverage, but it’s also important information to have when you are negotiating a loan. Seek the services of a certified and independent appraiser if you’re not sure of the value.

Make sure the condition of your art is documented before it leaves your home. If the art is damaged while on loan, you’ll need to prove that the damage occurred off your premises.

Know and understand the provenance of your artwork, especially if you are loaning overseas where immunity laws are unpredictable. Collectors should know the history of every piece of art they own, including previous owners. If there’s any question as to a work’s past, it will be part of the discussion between the collector and the museum prior to any loan agreement.

Be sure the crating and transportation company is reputable. Museum registrars will provide information on the ones they normally use, along with their experience and track record. For assurance, you can do your own research. It is the registrar’s responsibility to put the collector at ease in regards to transportation. Don’t hesitate to ask questions.

Be sure that the scope and time frame of your loan is specified in the exhibition loan agreement. This is not to say that things won’t change. Venues can drop out and pandemics can shutter museums, among other unforeseeable events. It’s also not uncommon for museums to request extensions.

Be sure that you’re comfortable with the terms of your loan agreement, and if not, request modifications. If you are unsure, seek the counsel of someone who knows their way around contracts or an attorney who specializes in art law.