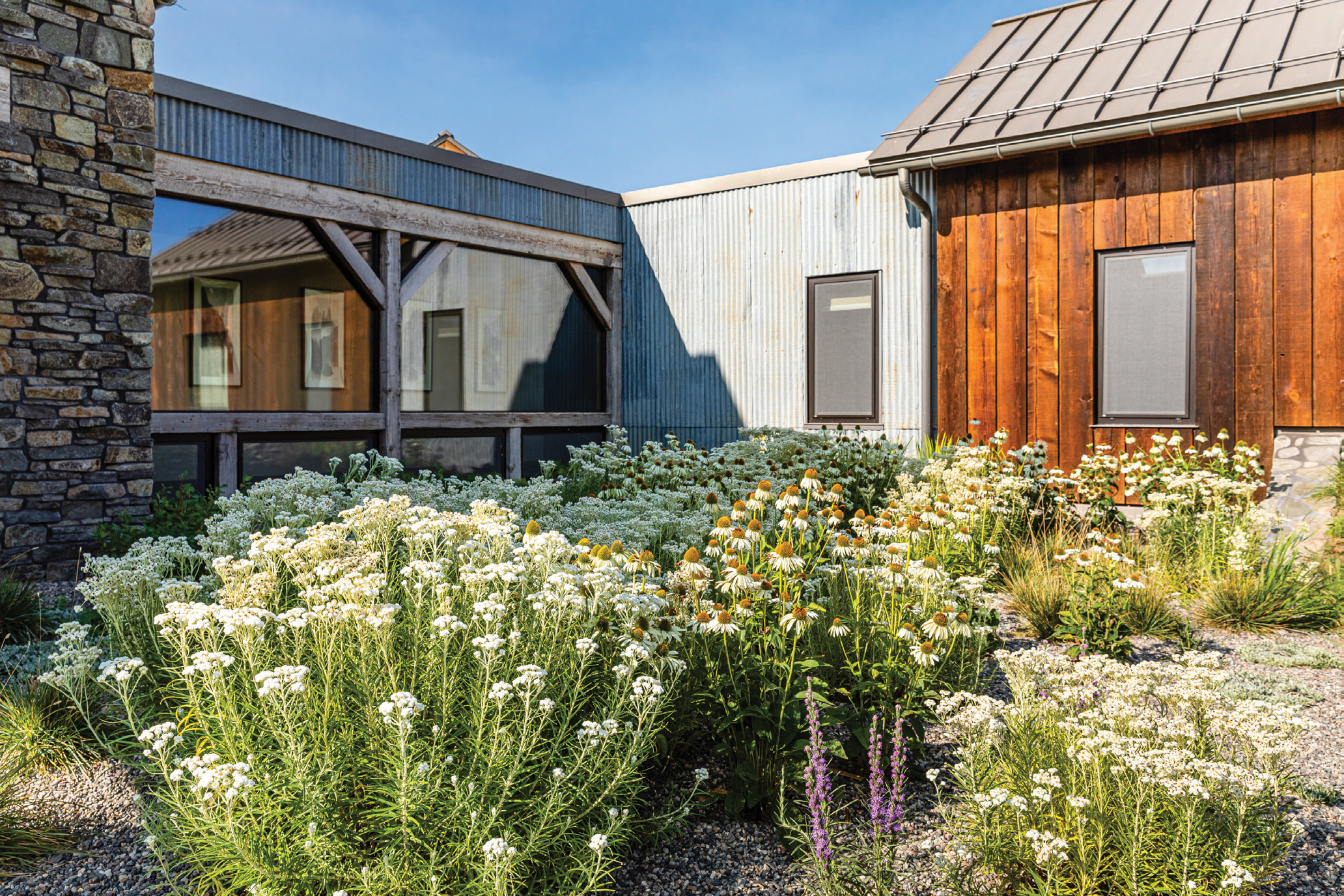 Landscape designer Beth MacFawn selected plants with a tolerance for dry conditions for this ranch along the East Gallatin River in Montana. Native plants include pearly everlasting, coneflower, and liatris, which provides the purple spikes. MacFawn’s design creates the illusion of drifts, fostering a sense of movement.

Just as a painter creates a study that becomes a completed work, homeowners seeking to plant a new garden this spring will find the project more achievable if they begin with a design that considers planning from start to finish, according to landscape architects. At a time when the desire for artistic outdoor spaces has climbed to new heights — due in part to the increase of homes designed around the concept of indoor-outdoor living — planting a garden is an endeavor that promises to provide everything from additional living space to a renewed sense of inspiration through nature. Homeowners hoping to indulge in garden delights would benefit from considering their established habits, says Shannon Lester, landscape architect and co-owner of Blooming Desert Design + Build near Bend, Oregon. “The purpose of the garden is very specific to the homeowner,” she says. And the range is as varied as their personalities, touching on everything from an English cottage garden that’s ideal for flowers to an extensive outdoor built environment that expands the property’s prospects for entertaining. Design elements to consider include scale; the balance of open space and plant material; texture in terms of pathway materials; the types of flowers, shrubs, and trees; and color, which is a highly personal choice, says Lester. It’s also helpful to consider how the garden will appear throughout the growing season, with different types of vegetation that bloom in sequence. 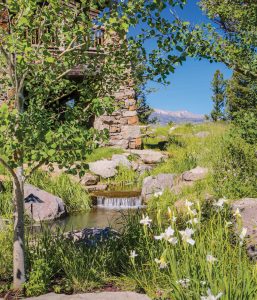 MacFawn created this wetland environment for a ranch in Big Sky, Montana, by planting white Siberian irises, stands of aspen trees, and clumps of small-winged sedge, among other varieties.

“I always tell homeowners to put their money upfront with a design, get it finalized with all the elements their hearts’ desire, and, if doing it themselves and it’s more than they can do at once, work in phases according to the design,” Lester says. Working with a landscape architect can be especially beneficial for xeriscaping or when incorporating native flowers and foliage. Experts have an understanding of which plants thrive in certain climates. For example, in the high desert of Central Oregon, Lester relies on such drought-tolerant varieties as Russian sage, lilac, ninebark, and penstemon. Unlike other home-based projects, a garden is a living object that is ever-changing. For Beth MacFawn, owner of Beth MacFawn Landscape Design based in Bozeman, Montana, artistry is a key component. “This is how the garden is read and felt, just as the form of the garden influences the functionality of it,” she says. MacFawn aims to provide what she calls the rhythm of the garden. “The garden should flow in terms of form, color, and consistency,” she says. For example, she recommends massing a selection of perennials throughout the garden to ensure consistency throughout the season. In regions with short growing seasons, plants that provide form and color during the winter months are a must. MacFawn looks to create lines and colors that carry amid seasonal changes by planting ornamental grasses, shrubs (such as viburnum and hydrangea), flowering plants (such as catmint), and deciduous trees (ranging from chokecherry to serviceberry). 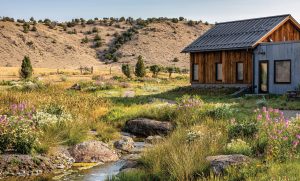 On a property in Montana, MacFawn planted native species with a variety of colors and textures alongside the stream. Beds of cleome (an annual that self-seeds), pearly everlasting, small-winged sedge, and showy milkweed frame the water yet disperse into the broader landscape, which features native grasses and is prone to dryness.

Rules of “green” thumb for MacFawn include understanding the goals of the garden, the degree of maintenance and whether it will be done by hand or by a caretaker, a sense of the size of plants once they have matured, and shying away from over-planting and over-building. Landscape architect and certified consulting arborist Rolland Kuhr, owner of Naturescape Designs in Jackson Hole, Wyoming, is often called on to help with the latter. In addition to designing and installing outdoor spaces, Kuhr helps homeowners troubleshoot when something serious goes wrong in the garden. Kuhr often helps mitigate problems with trees, including the much-favored Colorado blue spruce, whose eventual towering size blocked a view of Jackson Hole’s legendary Tetons, or repairing the failing roots systems of aspens and maples that were improperly planted. Kuhr also has seen the wreckage that follows in the wake of improperly pruned trees. He’s strict about a regimen that ensures trees’ survival despite all of the challenges nature might throw their way. “I remove a particular branch at a particular time for a particular reason,” he says