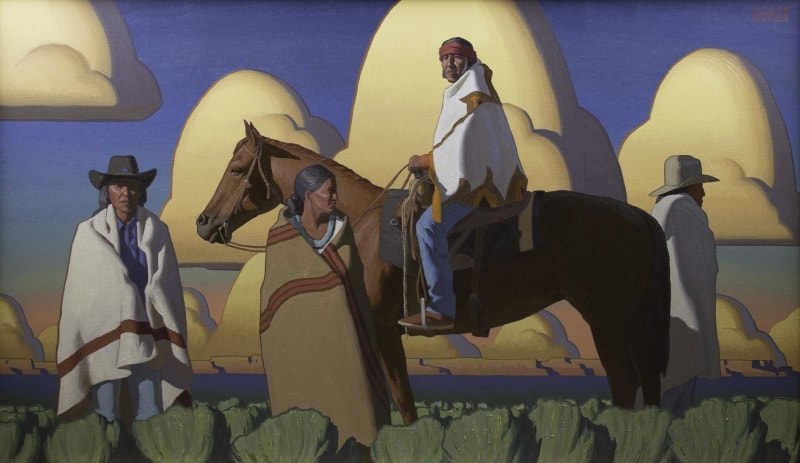 When we put together issues of WA&A, themes often develop on their own. While reading over these pages, I see something new, an original thread that neatly weaves everything together as though it were a second binding; an unintentional bridge between artists and architects working independently but connected to one another through the region that inspires their artistry.

In this issue, the geography — the shape of the Western landscape — is an emergent theme. And the artists and architects working here have beautiful and endless ways of describing it.

Painter Woody Gwyn, for example, finds that the scale of New Mexico puts him in mind of the infinite, of something larger than himself. The vastness reminds him of these “bigger realities,” and he hopes that his paintings call this to mind for viewers also (“The Road to Excellence.” )

The traveling studios of Walt Gonske, Eric Overton and Jerry Ricketson quite literally place each artist within the landscape, allowing them to record both the physical attributes of the West and the emotions these places impart (“Into the Field.”) Gonske has been painting outdoors for 45 years, and with his loose, painterly style, he captures the “impulses” he feels while examining a landscape. Ricketson, meanwhile, has spent the last five years in his mobile studio, selling nearly everything he owns to immerse himself in his subject and travel where the seasons are most giving. And Overton summarizes his creative efforts as a desire “to find solace, comfort and beauty in the landscape just by being there.”

For Montana-based Pearson Design Group, architecture has always been a response to its environment, but this doesn’t mean designing the same structure year after year. The firm views mountain architecture as something that’s evolving just like the region itself (“Rendering.”) And in neighboring Wyoming, the Ridge House blends in with its hillside setting by incoporating a roofline that follows the natural slope of the landscape; its garage is topped with native grasses and wildflowers, allowing the texture of the landscape to become an architectural component (“A Natural Fit.”)

Throughout these pages, there are countless other examples of the physical landscape shaping creative expression. Each artist or architect identifies with the region in a personal way, and we hope you enjoy their unique connections and artistic representations of the West.