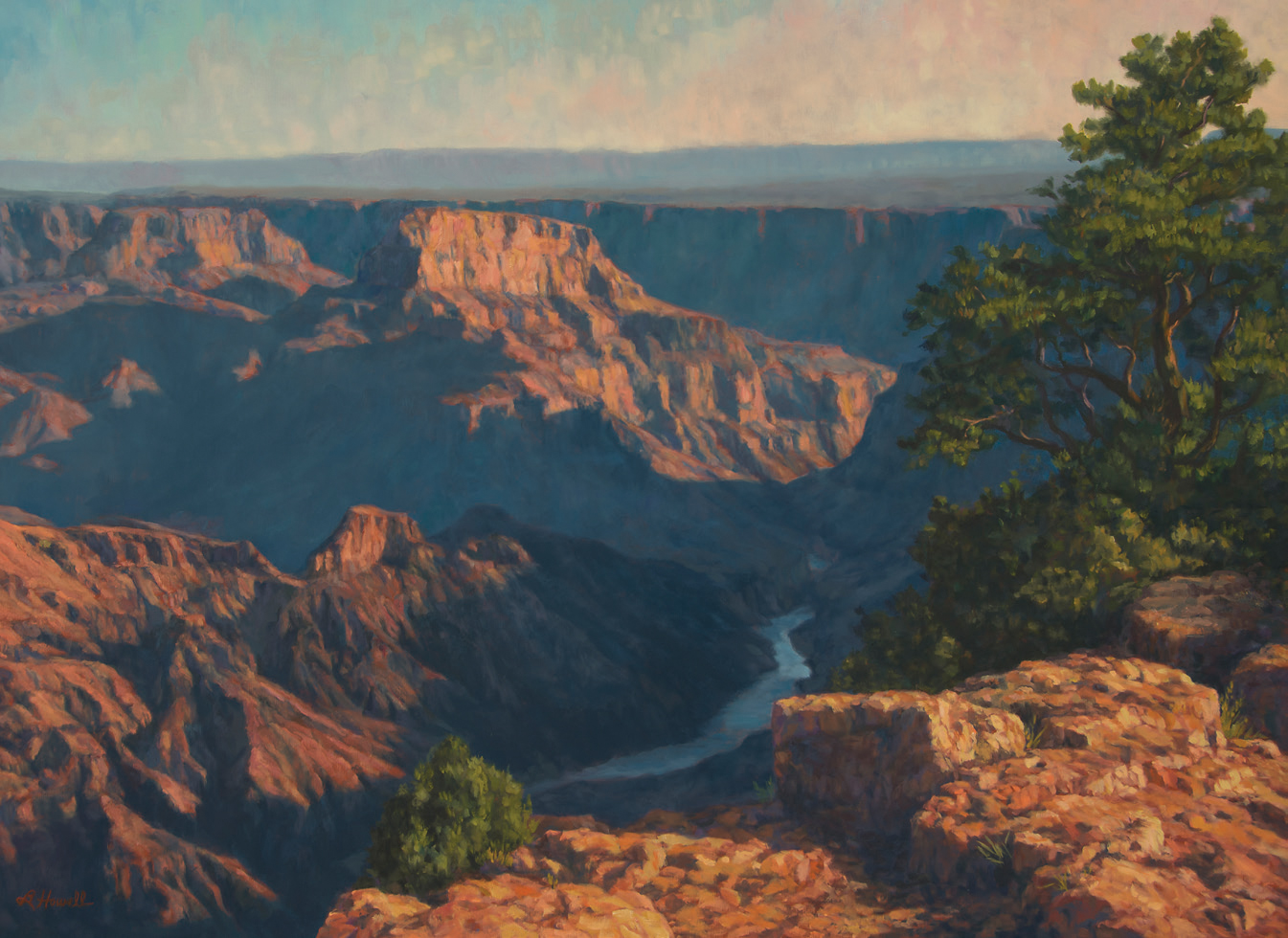 Brenda Howell’s realist oil paintings of the Grand Canyon do more than merely display that iconic setting in all its majesty. Through the use of skillful composition, rich natural colors, and masterly brushwork, she immerses viewers in her scenes. Yet, another factor amplifies their impact: Having not only visited and hiked the canyon countless times but also having lived there for four years, Howell knows her favorite subject with unsurpassing intimacy. 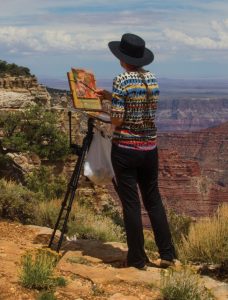 You could say that Howell was born to be an artist. Her late mother, Betty Watkins, enjoyed a long career as a painter, graphic designer, illustrator, and teacher. “Her intention was to pass along everything she knew. And I was her first student,” says Howell. From an early age, she sketched outdoors with her mom and even painted her first oil at the age of 5. “When I entered first grade, my teacher was stunned by my artwork and took it in to show the principal,” she says. Howell excelled in art through high school in Southern California and, after earning a bachelor’s degree in sociology, she continued her art studies and worked as a technical and scientific illustrator.

In November 1970, she invited her younger sister Rose Ann on a road trip to the Grand Canyon. “We hiked 5 miles down the Bright Angel Trail, then 5 miles back up, and barely got out by sunset,” Howell laughs. That experience sparked an enduring fascination, and she planned yearly return visits. 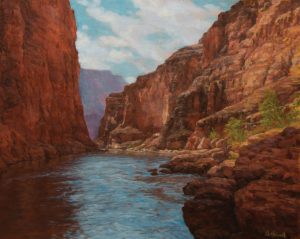 While living in Tulsa, Oklahoma, for a decade, Howell still worked as an illustrator and graphic designer while honing her fine art skills in numerous classes and workshops. Then she spent most of 1998 and 1999 in New Delhi, India, living with her sister and brother-in-law. “I got some painting done there,” she says. “But a driver had to take me everywhere, and I realized how important personal liberty was.” The moment she returned to California, she drove with her mother straight to the North Rim. “I’d been missing freedom and fresh air and nature so much,” Howell says. “I painted plein air every day for four days.”

That experience led her to seek employment at the Grand Canyon. Soon she was a graphic designer for the National Park lodges and began selling her canyon paintings at the historic El Tovar Hotel. By the time she left in 2004, Howell had won several awards in top national shows and found gallery representation. In 2007 she earned membership in the Oil Painters of America. 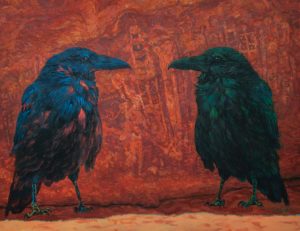 Since then, Howell has painted full time. She now lives and works about 20 miles east of Santa Fe, New Mexico, “out in the middle of nowhere,” in a traditional New Mexican-style house perched on a cliff. Though she always strives for accuracy in her depictions of the canyon, she does sometimes subtly tweak minor details — changing a tree’s position along the rim, for instance — to optimize the visual effect and help orient viewers. “The Grand Canyon is so complicated that it’s easy to lose a sense of where you are,” she explains. “Nature may give great inspiration, but it’s not always a perfect composition.” 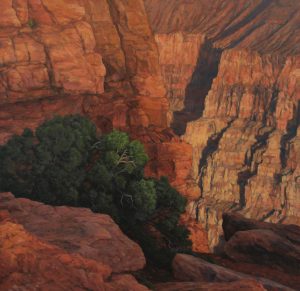 Howell’s work is represented by Hueys Fine Art in Santa Fe. Her works can also be seen by appointment at Brenda Howell Fine Art in Glorieta, New Mexico.