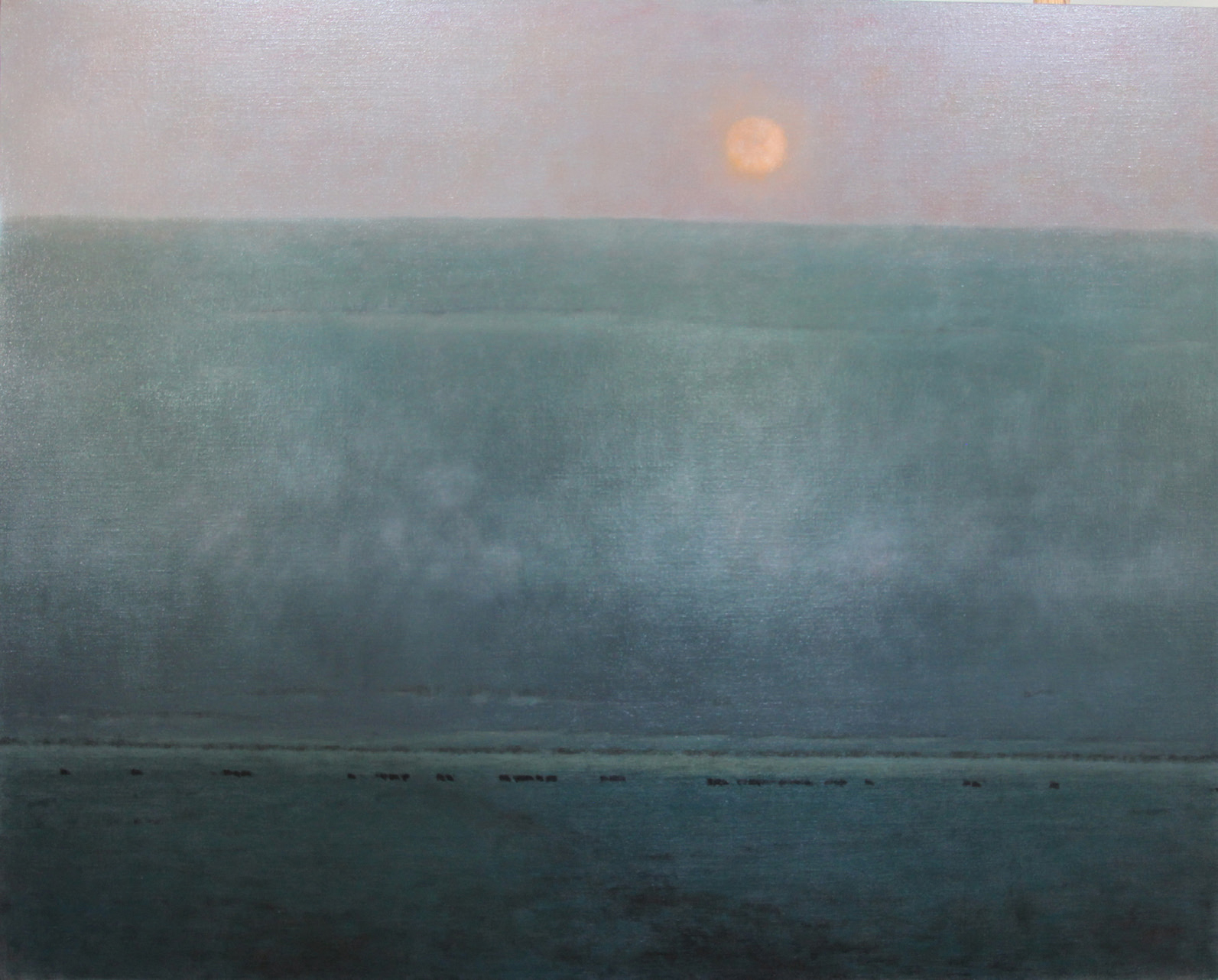 Regard one of Nancy Bush’s large-scale landscapes, and you might well be tempted to describe it more as a dreamscape, so mysterious and evocative are all her works. “I love atmospheric conditions,” says the artist, explaining the prevalence in her oil paintings of clouds, mist, fog, rain, and twilight.

It’s almost incidental, then, that many of the settings she portrays are not far from the Texas Hill Country surrounding the town of Fredericksburg, where she and her husband, Bill, live, or the Pecos Wilderness of Northern New Mexico, which they love to explore during frequent visits to Santa Fe. “Yes, my paintings are Western landscapes, and there are even some cows in them occasionally, but no horses or people,” Bush says. “They are more an expression of mood and light and time and space, and how they affect you emotionally.” 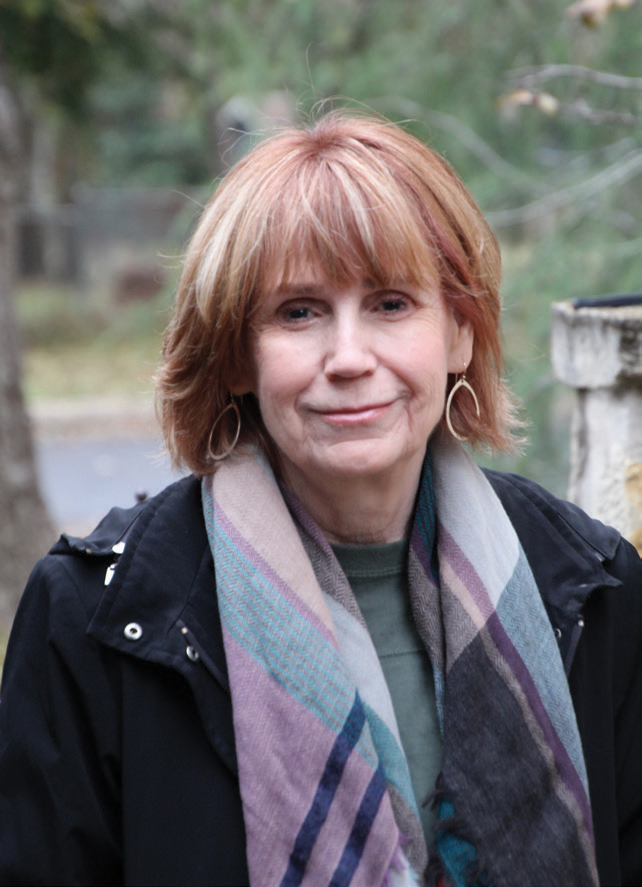 Like the American Tonalist painters she admires of more than a century ago, including George Inness, John Twachtman, and James McNeill Whistler, Bush strives for the subtlety of effect, recalling the often-referenced quote from Whistler: “Paint should not be applied thick. It should be like breath on the surface of a pane of glass.” With such wisdom in mind, and hundreds of art reference books to inspire her, Bush paints in her studio next door to their remodeled 1930s Sears and Roebuck house. She may take “a good three to seven months” to complete a painting like Moonrise at Sunset, which measures 4 by 5 feet. She lets thin layer after layer of oil dry before adding still more paint “to get that luminescent look.” She explains, “I’m not real prolific. I have to think about it a lot, concentrating on the ‘less is more’ thing.” 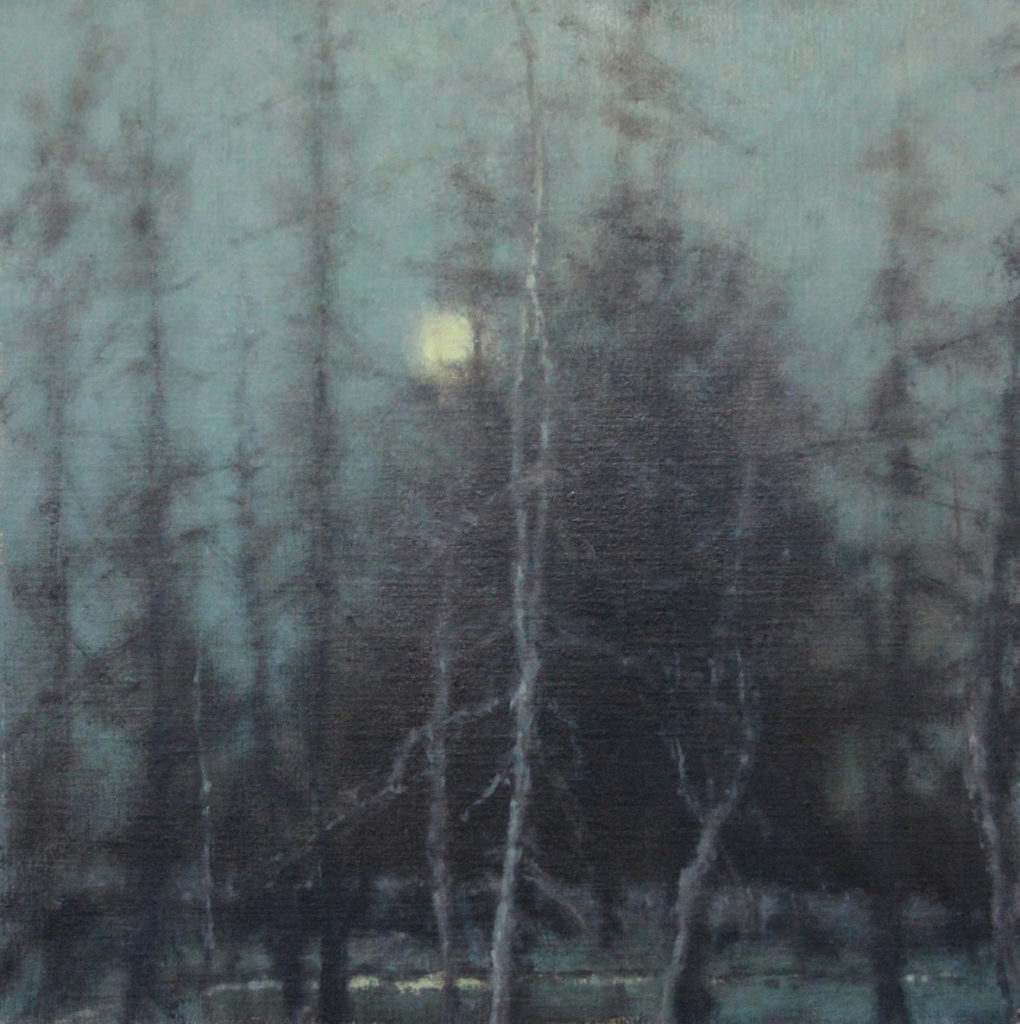 Recently, however, Bush has taken a markedly different approach, executing small paintings in layers of wet oils rapidly applied with an assortment of tools, including brushes, knives, sponges, pieces of wood, and even toothpicks. While still recognizably her creations, works such as Blue Hills April, at just 8 by 8 inches, are usually completed in one day. For her, she says, such new efforts represent “expressive moments in which I really try to get to my point, saying a lot of things in a small space, without overdoing it.” 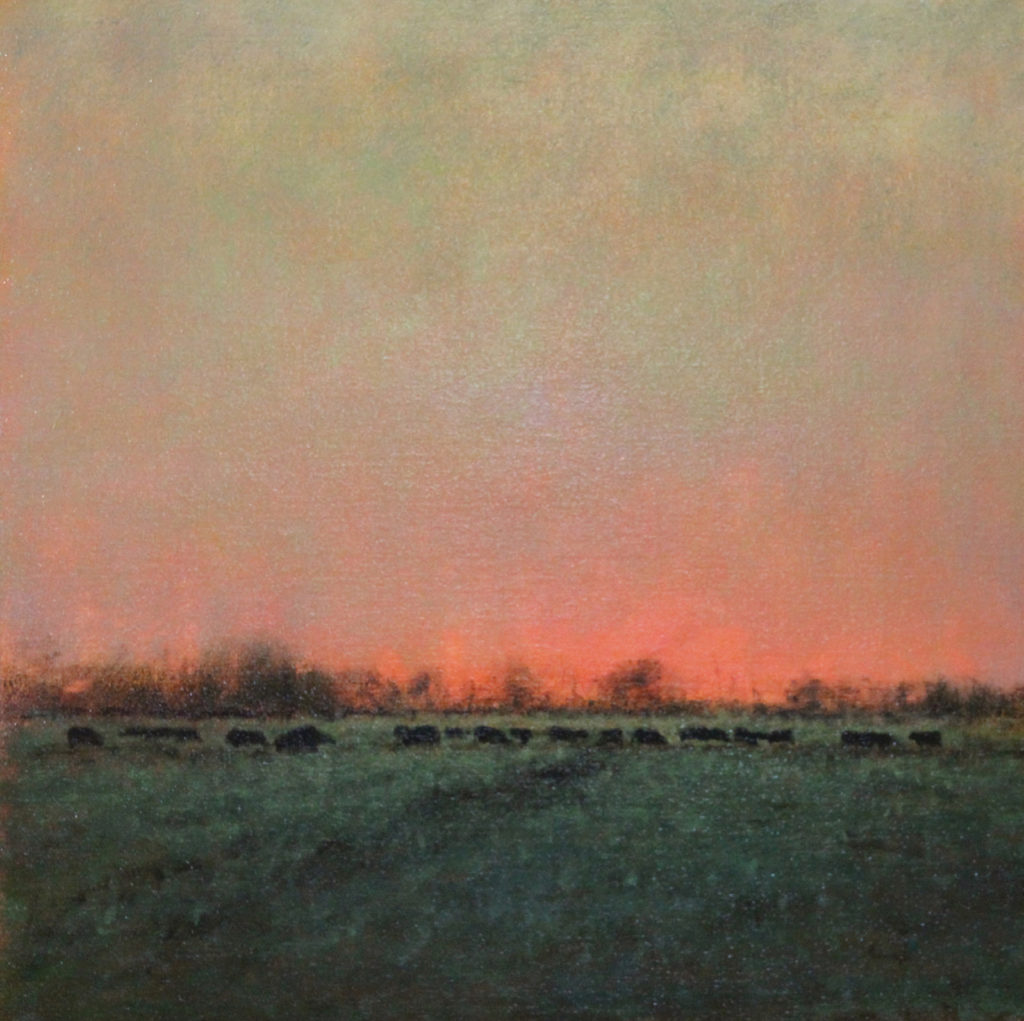 Now entering her fourth decade as an artist in the same adventurously creative spirit that has guided her since she first pursued painting in her early 40s, Bush continues to produce works that feel not merely fresh and original, but also visionary. She is guided by a quote from the widely admired American Impressionist John F. Carlson, who wrote in his 1928 book Elementary Principles of Landscape Paintings: “A work is only art in the measure that it gives us the truth, translated into emotions aroused in the soul of the artist.”

Three of Bush’s paintings will appear in the Night of Artists Exhibition and Sale at the Briscoe Western Art Museum in San Antonio, Texas, March 27 through May 4. Her work is represented by InSight Gallery in Fredericksburg, Texas; Astoria Fine Art in Jackson Hole, Wyoming; Sage Creek Gallery in Santa Fe, New Mexico; and Wild Horse Gallery in Steamboat Springs, Colorado.