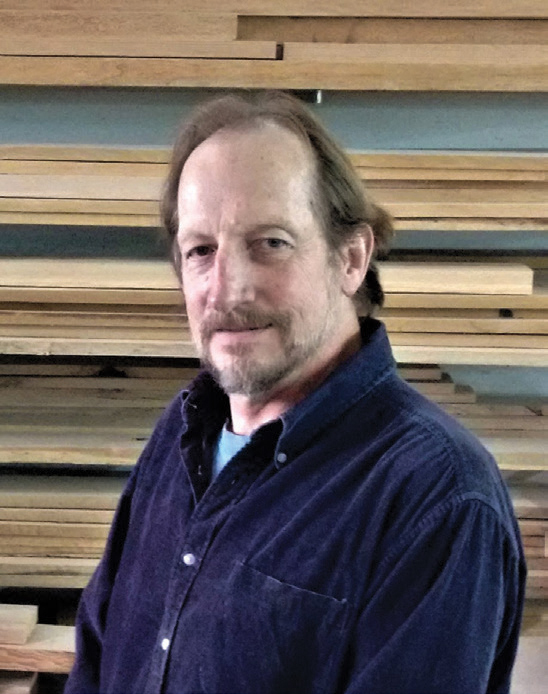 Custom furniture maker Scott E. Armstrong may live and work in the town of Powell, Wyoming, but don’t necessarily expect him to craft you an item that shouts “Western.” Sure, his creations may bear regional touches, like subtle inlays inspired by barbed wire or the stitching on cowboy boots, but what distinguishes them far more are their graceful contemporary lines and meticulous craftsmanship. “I want to build something,” Armstrong says, “that has a presence unique enough to be noticeable, but that isn’t demanding to be noticed; furniture that is pleasant, graceful, and makes you smile.”

Building things has long brought a smile to Armstrong’s own face. “I was always good with my hands and good at imagining,” he says. He excelled in high school art classes, and in his spare time, he assembled and delivered furniture for a local store.

Armstrong entered the Kansas City Art Institute as an illustration and graphic design major. “But in my second year, I had to take a 3-D class, and fell in love with working in the shop,” he says. After graduation, his furniture design instructor, John Noel, employed him for a year. Then he moved to Northern Utah for two years as a technical illustrator diagramming booster motors for the Space Shuttle, while crafting in his spare time “very clean-lined, contemporary furniture for myself and for friends.” 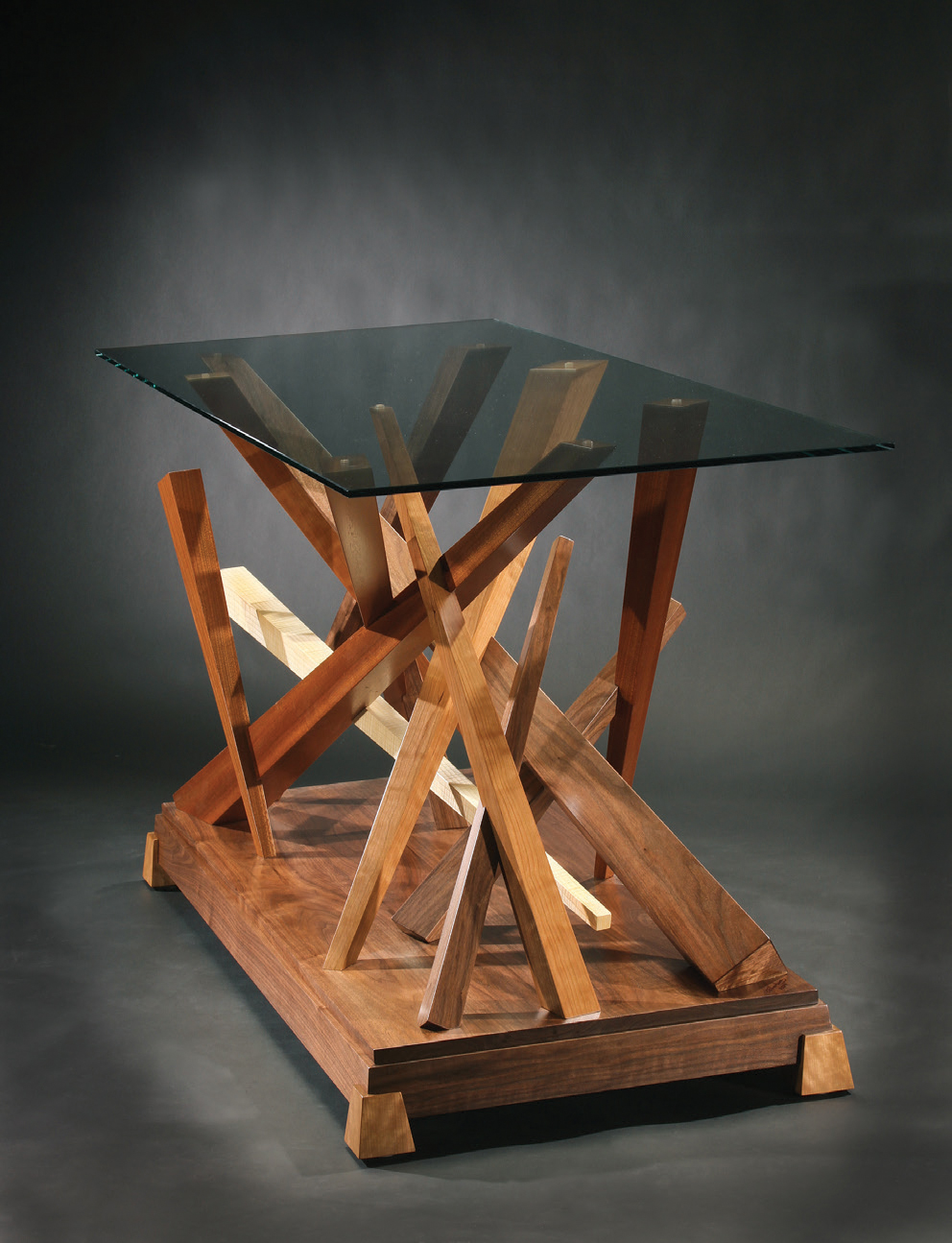 Armstrong worked for the next nine years in Indiana for the new product development division of Kimball International, a major manufacturer of office furniture, until a promotion to a senior product designer role “took my bench away and stuck me in an office.” That compelled him to return to Wyoming in 1992 and start his business. It’s still going strong, assisted by his wife Suzanne, son Joshua, daughter Sarah, and Sarah’s 10-year-old daughter Lilly, “who even built a keepsake box for her mom and stepdad.”

Armstrong now feels contentedly immersed in his destined career. “Wood is a really fun medium to work in,” he says. “It’s readily available and doesn’t take a lot of high-tech or heavy equipment. It smells great when you’re cutting it, and it’s nice and warm to the touch. You can form it into just about any shape you want, and the end product is beautiful.” 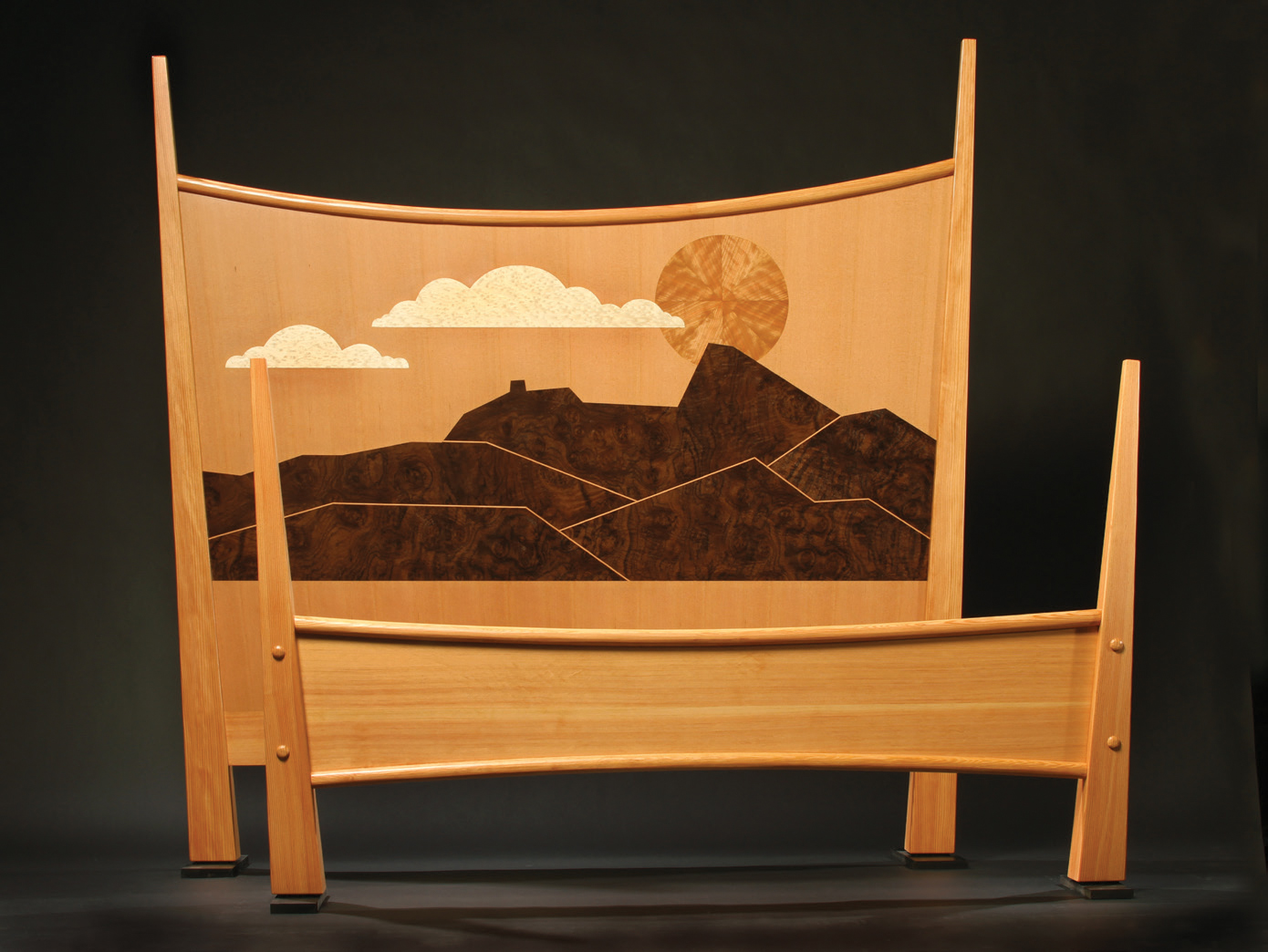 Armstrong’s forms are distinguished by occasional touches of humor, like the bucking curves and angles of his Rockabilly Sideboard, now in the permanent collection of By Western Hands, an artisans’ gallery and museum in Cody, Wyoming. Other works, like his Winchell Sideboard, make mesmerizing use of “chatoyance,” a term common to gemstones but also applicable to wood, with materials cut and finished so their surfaces seem to shimmer as viewers walk past. Serendipity also plays a role in his creativity: Witness his Deadfall Table, with its random-seeming base of tapered walnut, cherry, ash, and other woods, inspired by trees felled by fire. 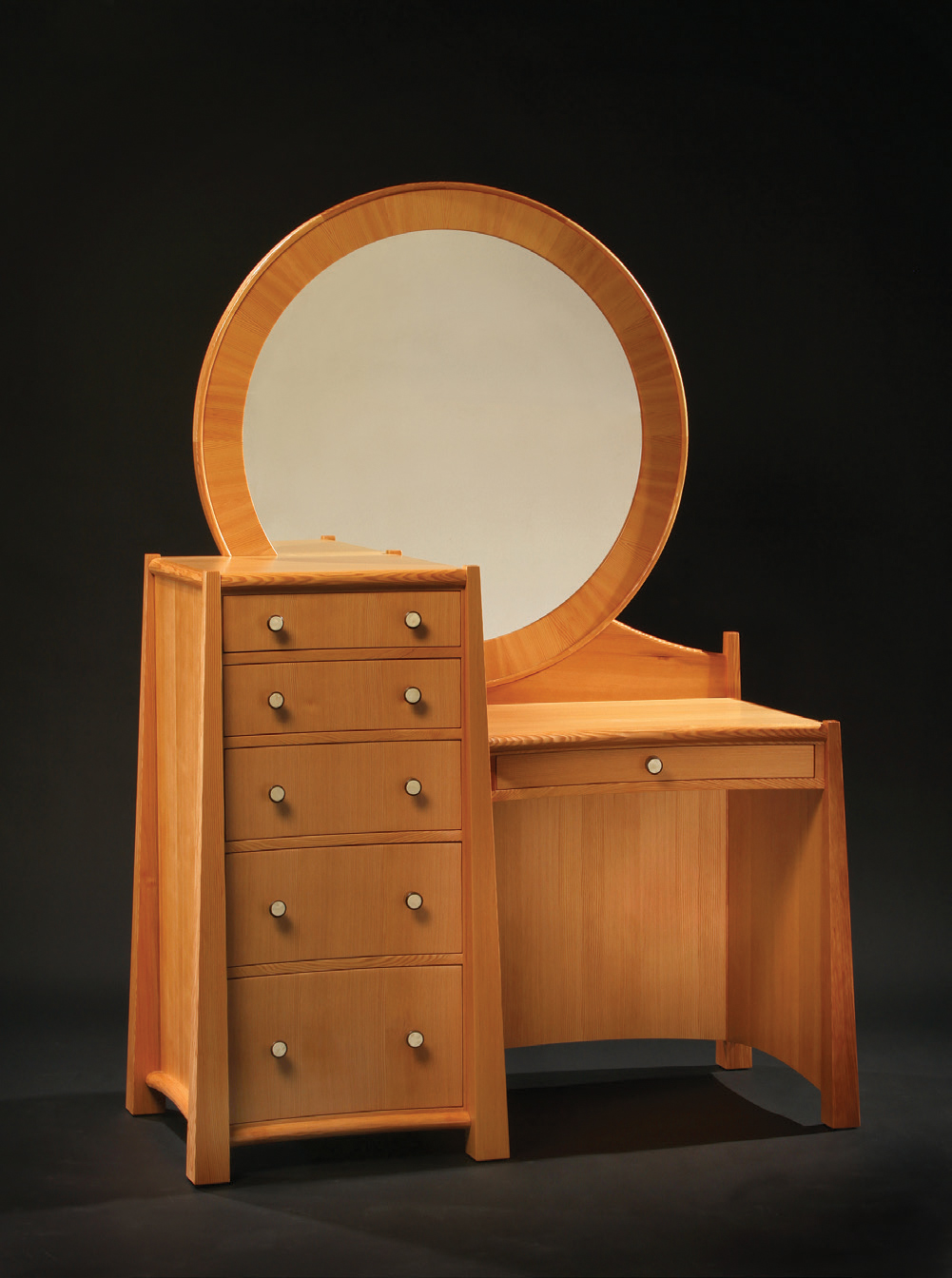 In such creative ways, says Armstrong, “I want to keep defining contemporary Western design.” But what if the regional style isn’t always obvious? “Since I was born and raised in Wyoming,” he chuckles, “if it’s coming from me, it’s got some Western influence.”

Armstrong’s furniture appears at his studio in Powell, and at By Western Hands in Cody.