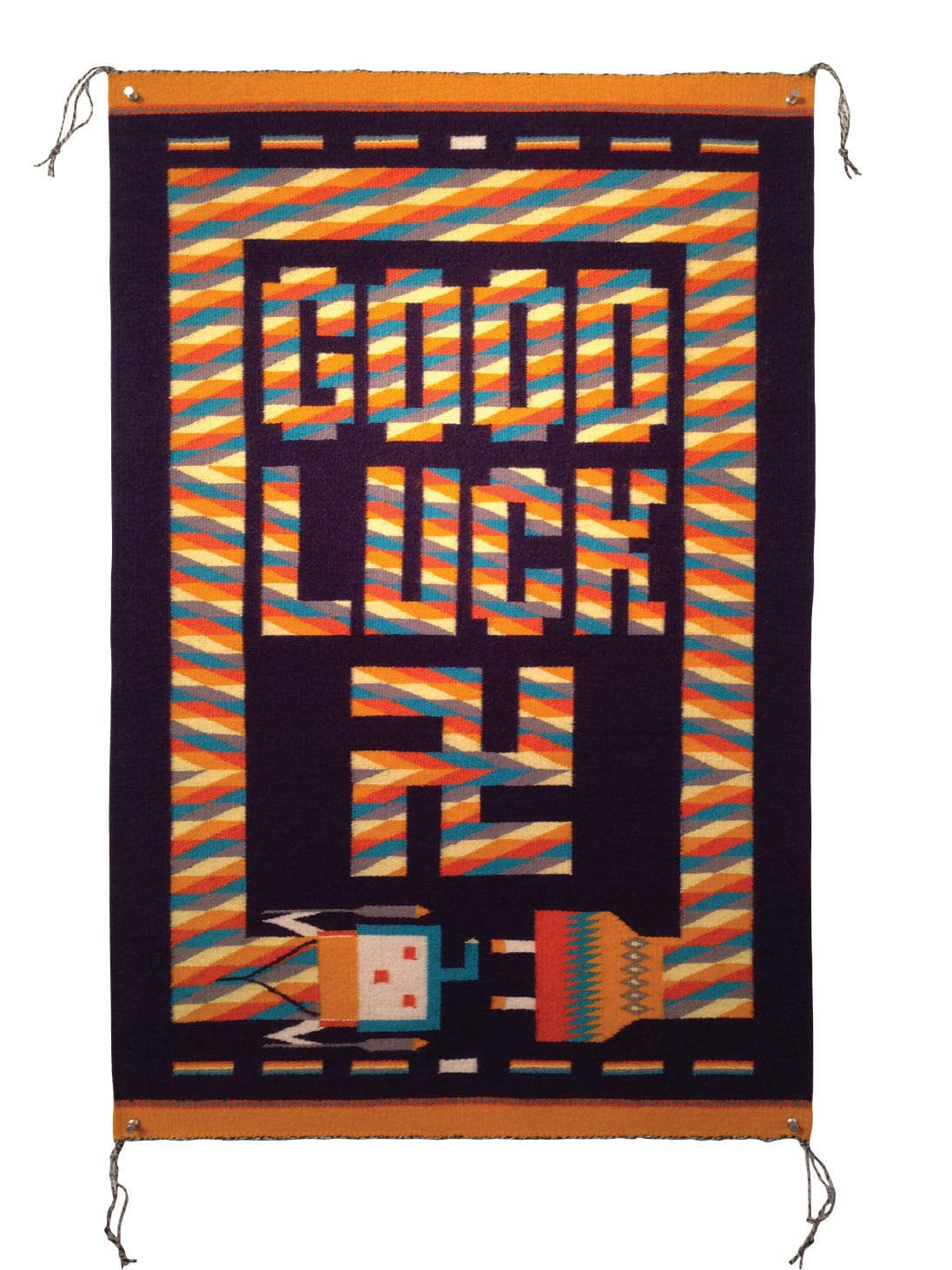 Textile artist Melissa Cody integrates contemporary themes with traditional Diné (Navajo) tapestry designs. A fourth-generation weaver raised on the reservation in Northern Arizona, Cody works within the parameters of the handed-down techniques she grew up practicing. She then adds her voice, incorporating symbols and text that speak to personal experiences. 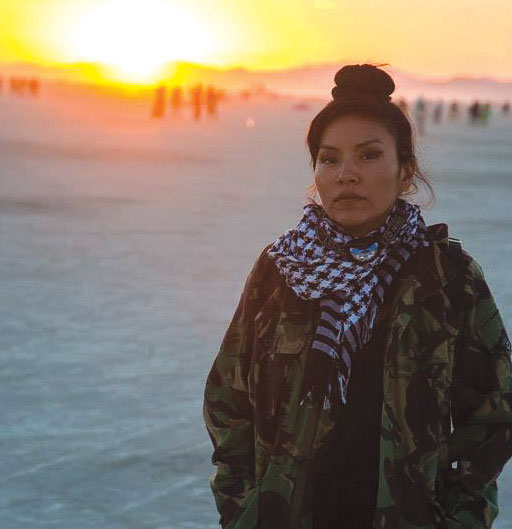 “My aesthetics are based in my regional style,” she says. “I make every textile and line with traditional methods I learned from my mom, my aunts, and my grandmothers. My mom’s side is highlighted a bit more, but my paternal family was also weavers.”

By grade school, Cody’s weavings appeared in museums as part of student art shows and at Indian Market in Santa Fe, where she used the money from her work to buy school clothes and supplies for the upcoming year. “We looked at weaving as a way to take some of the financial stress off the household,” she says. “And it gave us the freedom to buy things we might not have been able to afford.”

Before going to college, Cody took a year off to concentrate on a 6-foot-tall textile project. She knew weaving would always be a part of her life, but she also wanted to bring something new to the art.

“I initially began by easing in, getting the foundation down,” she says. “First was technique, which my mom instilled in me. She taught me that I need to have my whole heart in it because it’s about me and my family. How does this work present my family to a greater audience?” 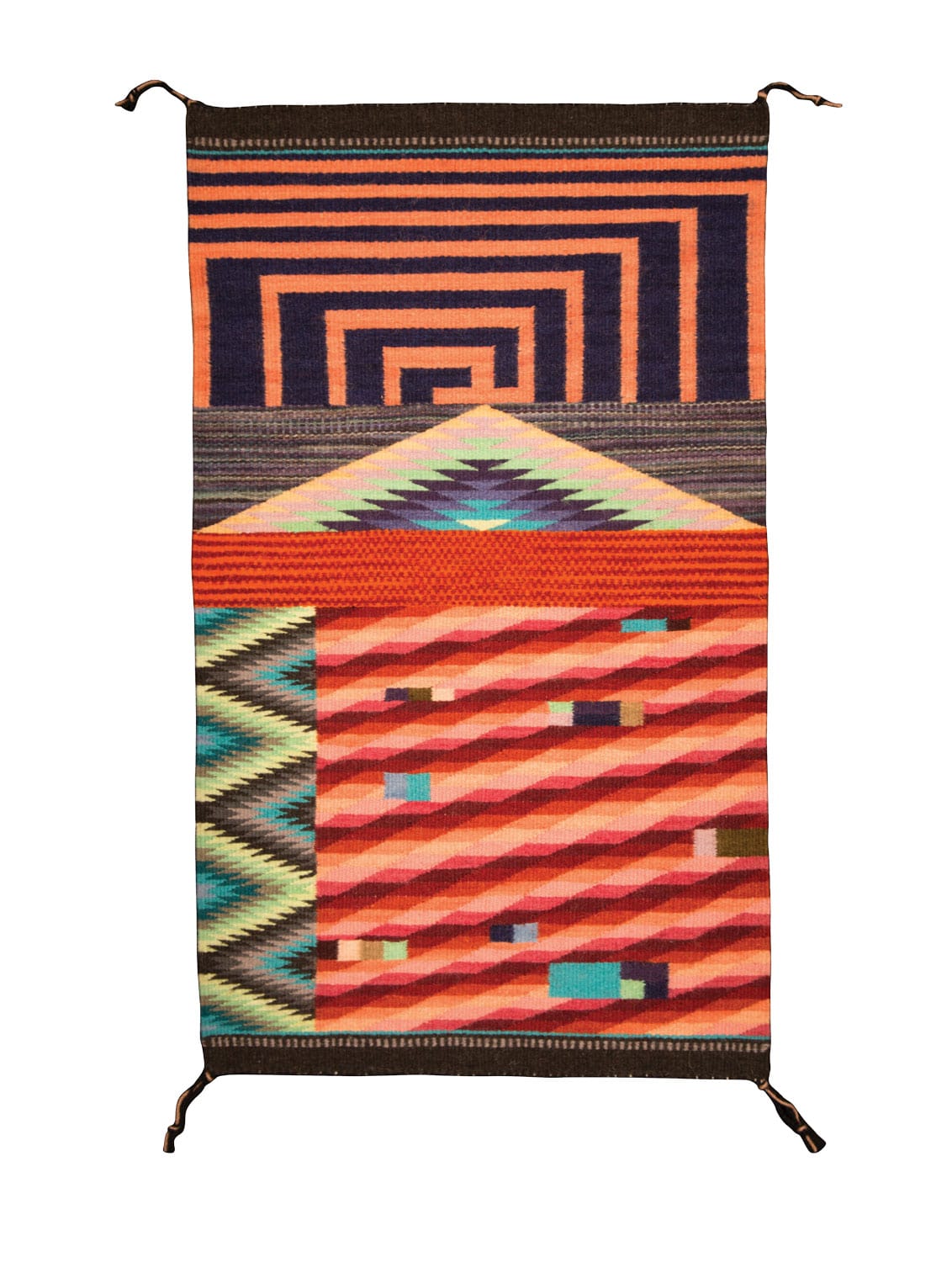 Cody says that at times weavers were kept in the dark. The rugs and textiles were about medium, design, and region. She wanted to create work that elevated weaving to fine art, and she accomplished this by adding her personal story — the grief, hardships, and triumphs.

“When I put my work out there, I want to be sure the art has a purpose,” she says. “For a while, there weren’t many young weavers. The talk was that this art form could die out. Even within my own family, my siblings and cousins were moving outside of textiles. I’m at the point where I want it to be a spark to my generation. I want them to know that weaving can be interesting, personal, and relevant in a very intimate way.”

Through the use of abstract and traditional designs as well as color, Cody imbues her textiles with deeply personal meanings while leaving room for viewers’ interpretations. 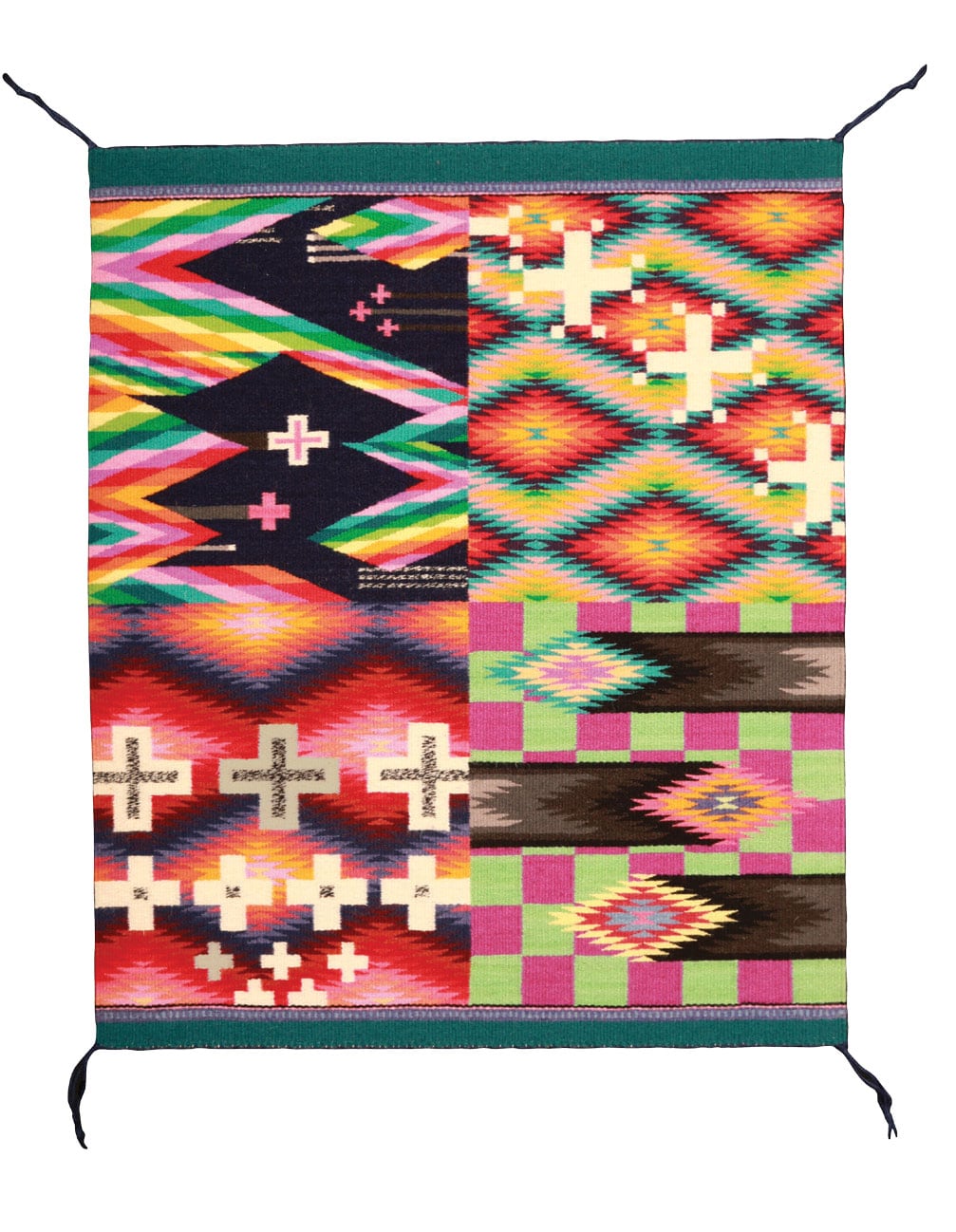 Her bright color palette traces its history to the 1864 Navajo Removal, or The Long Walk, when the Navajo were taken from their traditional lands, losing their sheep and the sources for wool used in their weavings. The Army handed out wool blankets made in Germantown, Pennsylvania. The weavers then unraveled the blankets and re-wove them into their own designs.

“They would over-dye them to incorporate their own colors,” Cody says. “They used vegetal or bugs, but the blankets had chemical dyes, which gave them bright colors. It was a whole new spectrum for the weavers.”

Another unexpected consequence of The Long Walk was the consolidation of traditions from people forced to work and live together. “It was a style of rug called Samplers, which included different styles in one piece. It spoke to me because weaving was dying out, and the people as a whole were dying out. I felt as if my generation was coming into this realization, and I could be that inspiration to reel it back in, make it relevant to my generation. I was moved by the Samplers. I did every design, instead of doing one pattern; this idea resonated.”

To add to that, she uses images from her childhood, such as pixilated video games and designs inspired by country music, hip hop, and rock. “It wasn’t an easy thing. There are so many stringent ideas of traditional Navajo weaving; I tried to question that,” she says. “But those rules were put in place by the trading posts, not from weavers. I want to redefine who we are as a people.”

Cody received the 2018 National Artist Fellowship from the Native Arts & Cultures Foundation. Her work will be exhibited at the Museum of Northern Arizona during Nine 4 Ninety: Artists for a New Era, opening June 23 and ongoing through October 13.