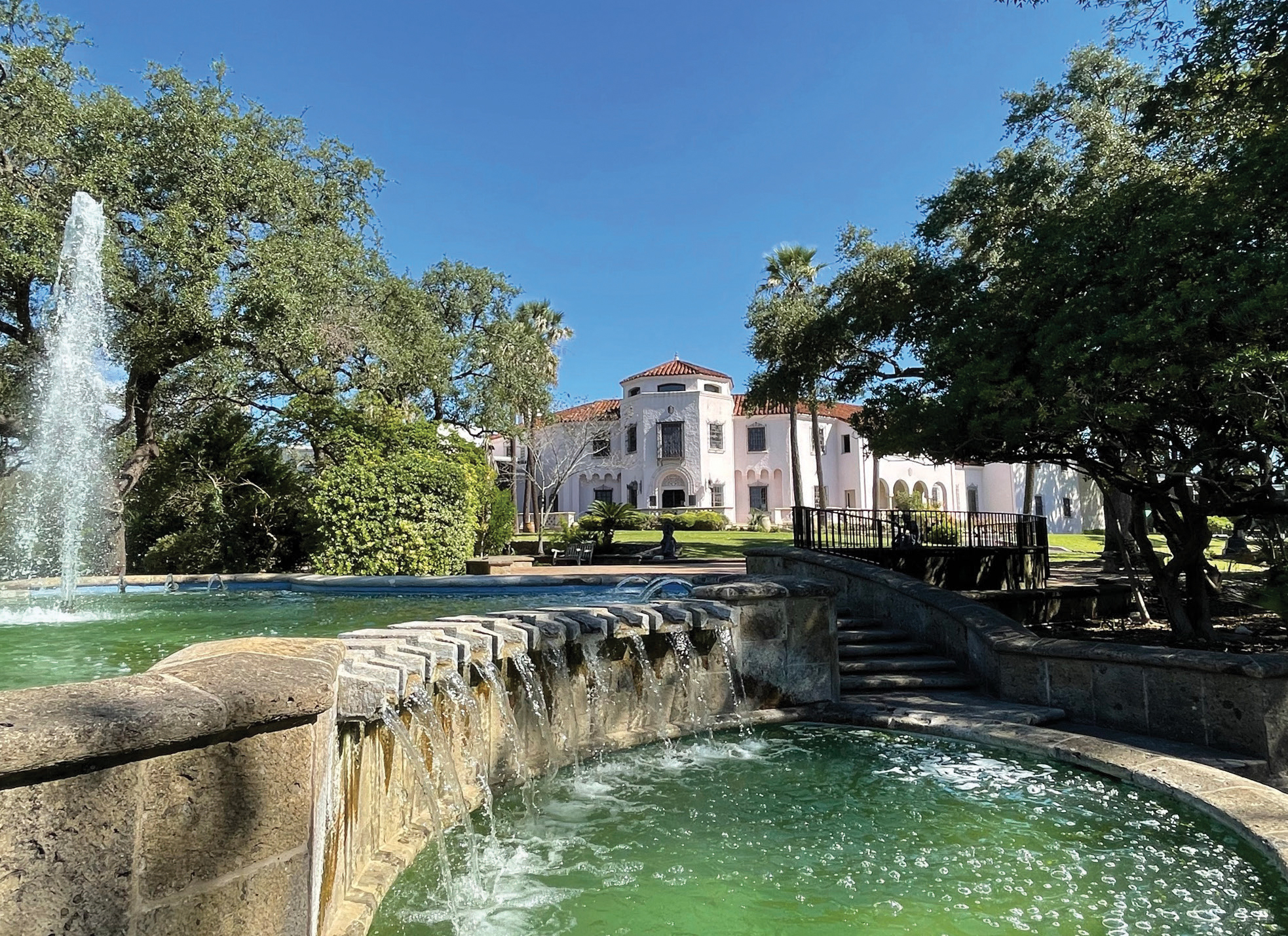 Colorful tissue-paper banners flutter high above El Mercado Market Square, a three-block outdoor plaza in downtown San Antonio, Texas. Mariachi music rings through the air, and tempting aromas from restaurants tease the taste buds. Artisans sell souvenirs from small booths on the sidewalks, and stalls in the indoor market are full of colorful clothing, pottery, artwork, jewelry, and more. It’s all a lovely reminder of San Antonio’s Hispanic heritage and an introduction to a city rich with cultural and culinary diversity. 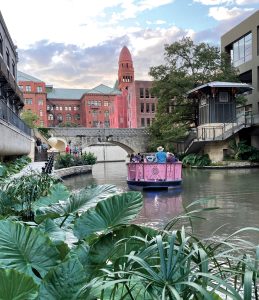 San Antonio is unique in the U.S. for two important designations. It’s the location of a UNESCO World Heritage Site, and it received a UNESCO commendation as a Creative City of Gastronomy. Either of these prestigious titles would provide reasons to visit San Antonio, but the city has more surprises in store.

Start your exploration at Mi Tierra Café in El Mercado and enjoy live mariachi music and a delicious pastry. Each room in the cafe is lavishly decorated, and the pièce de resistance is a multi-wall mural featuring more than 100 figures important in colonial and contemporary San Antonio history. Continue exploring the square to find local vendors selling products that celebrate the Southwest and Mexico, from clothing and wood carvings to tasty local treats and candies. A food court, taqueria, and even an oyster bar offer plenty of additional dining options while you explore. 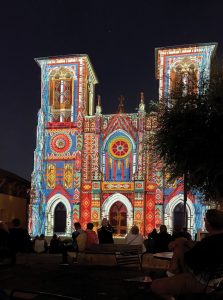 A stunning sound and light show by Xavier de Richemont projects San Antonio history on the façade of the San Fernando Cathedral.

Follow this with a trip down the UNESCO-recognized chain of missions established by Spain in the 1700s. The Mission Trails hike and bike path includes San Antonio’s five Spanish colonial missions. Begin in the north with Mission San Antonio de Valero and continue along the route to discover Concepción, San José, San Juan, and Espada. A free tour provides an overview of the missions’ purposes and functions.

The best known mission is the Alamo, originally called San Antonio de Valero, where the Spanish stationed a military unit in the 1800s. The soldiers renamed the site after their hometown, Alamo de Parras, Mexico. It was the location of a significant battle during the Texas Revolution and is now considered the Shrine of Texas Liberty. Guided tours, exhibits, and living history demonstrations provide information and historical context. 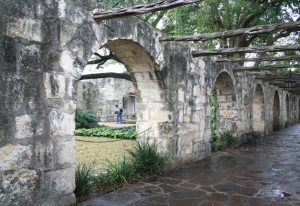 At the Alamo, visitors can explore the 1836 battlefield pivotal in the Texas Revolution.

Once you understand some of the region’s history, plan to visit The Saga, a sound and light show projected on the façade of San Fernando Cathedral. Designed by widely-acclaimed French “video painter” Xavier de Richemont, the permanent installation shows Thursday through Sunday. The 24-minute presentation is a mélange of music and images covering hundreds of years of heritage. If you’ve never heard a mix-tape of mariachi music with the oom-pah of a German band, this is your chance. It’s free and one of the city’s definite do-not-miss attractions.

San Antonio is full of cultural history, from the former Indigenous settlements of San Pedro Springs to the Spanish-era missions throughout the city and the celebration of Latino culture on the Westside. So it may surprise some to discover that by the mid-1800s, German immigrants made up one-third of San Antonio’s population. Many settled in the King William District, one of the city’s oldest historic neighborhoods, sometimes referred to as “Sauerkraut Bend.” 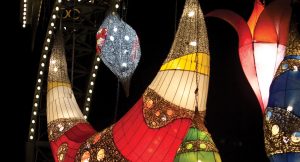 Among these was Carl Guenther, an astute businessman, talented craftsman, and master miller. Guenther purchased land and built a mill on the San Antonio River in the late 1850s, and his nearby house was one of the first in the area. The mill prospered and grew into Pioneer Flour Mill, which still makes products found on grocery store shelves.

One of the greatest gustatory delights in San Antonio is a breakfast or lunch at The Guenther House. Baked goods made with Pioneer products star on the menu, and the salad-plate-sized cinnamon rolls can easily serve several people. An on-site museum offers area history and mill memorabilia. 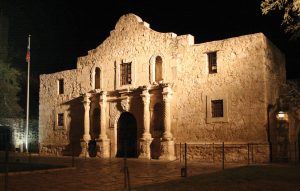 The Alamo was originally founded by Roman Catholic missionaries in the 18th century.

After breakfast, stroll through the King William District for an architectural tour. Greek Revival, Victorian, Second Empire, and Italianate mansions line King William Street. Two of these, the Edward Steves Homestead Museum and Villa Finale, are open for tours but plan to make reservations in advance.

The Germans also left a mark on the community with their expertise as brewers. One of the city’s most bustling areas is the Pearl District, named for the former Pearl Brewery. Brewery buildings have been repurposed and combine striking late 19th-century architecture with green spaces and culinary treasures. An anchor in this area is the Culinary Institute of America, which offers cooking demonstrations and a restaurant and bakery. 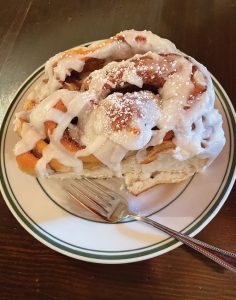 At The Guenther House, enjoy fresh-baked goods made with flour milled on site.

Throughout San Antonio, expect to find exceptional Mexican restaurants and savory barbecue, but look for surprises like Botika, which serves Peruvian-Asian fusion. A French bistro, Brasserie Mon Chou Chou, prepares raclette at the table and draws exclamations with a lobster bisque topped by a pastry dome. Save room for the Floating Island — soft custard crowned with clouds of meringue.

Another brewery building in the Pearl District, the old Lone Star Brewery, now houses the San Antonio Museum of Art. The comprehensive collection spans 5,000 years, and the Nelson A. Rockefeller Latin American Art Wing is particularly outstanding. For additional artistic inspiration, the McNay Art Museum features Medieval and Renaissance art through the 21st century, including works by Picasso, Van Gogh, Matisse, Cézanne, Munch, Rodin, and many other greats. 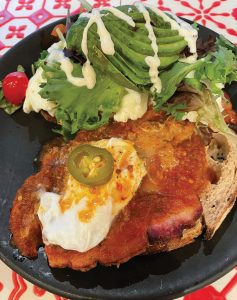 For an art history lesson that’s closer to home, the Briscoe Western Art Museum highlights the artwork and culture of the American West. Discover works by George Carlson, John Coleman, Mark Maggiori, Maynard Dixon, Howard Terpning, Z.S. Liang, and many others. The Briscoe’s premier event, Night of Artists, takes place March 25 and 26 with an auction, reception, and art sale that runs through May 8. 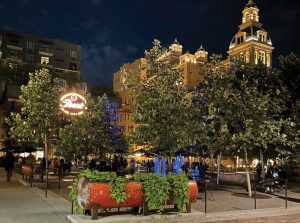 Another San Antonio highlight is the 15-mile-long River Walk. The downtown portion is the most popular, with beautiful landscaping, grand hotels, and exceptional eateries. A river cruise offers a novel view and can include a hop-on-hop-off bus ticket, which provides a good overview of the city’s main sites. 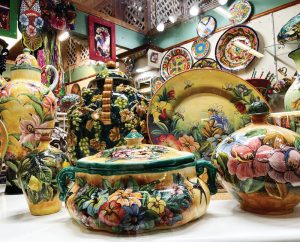 El Mercado is the largest Mexican marketplace in the U.S.

San Antonio is a tourist buffet. There’s so much more to offer than you can possibly do in a short visit. It’s a kaleidoscope of colors, tastes, and activities — food for the mind, imagination, and, yes, the stomach. Take your time and enjoy the sights of Alamo City. 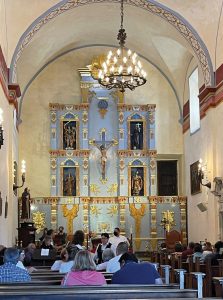 The restored Mission San José has served the Catholic community in San Antonio for more than 250 years. Photos: Elaine Warner