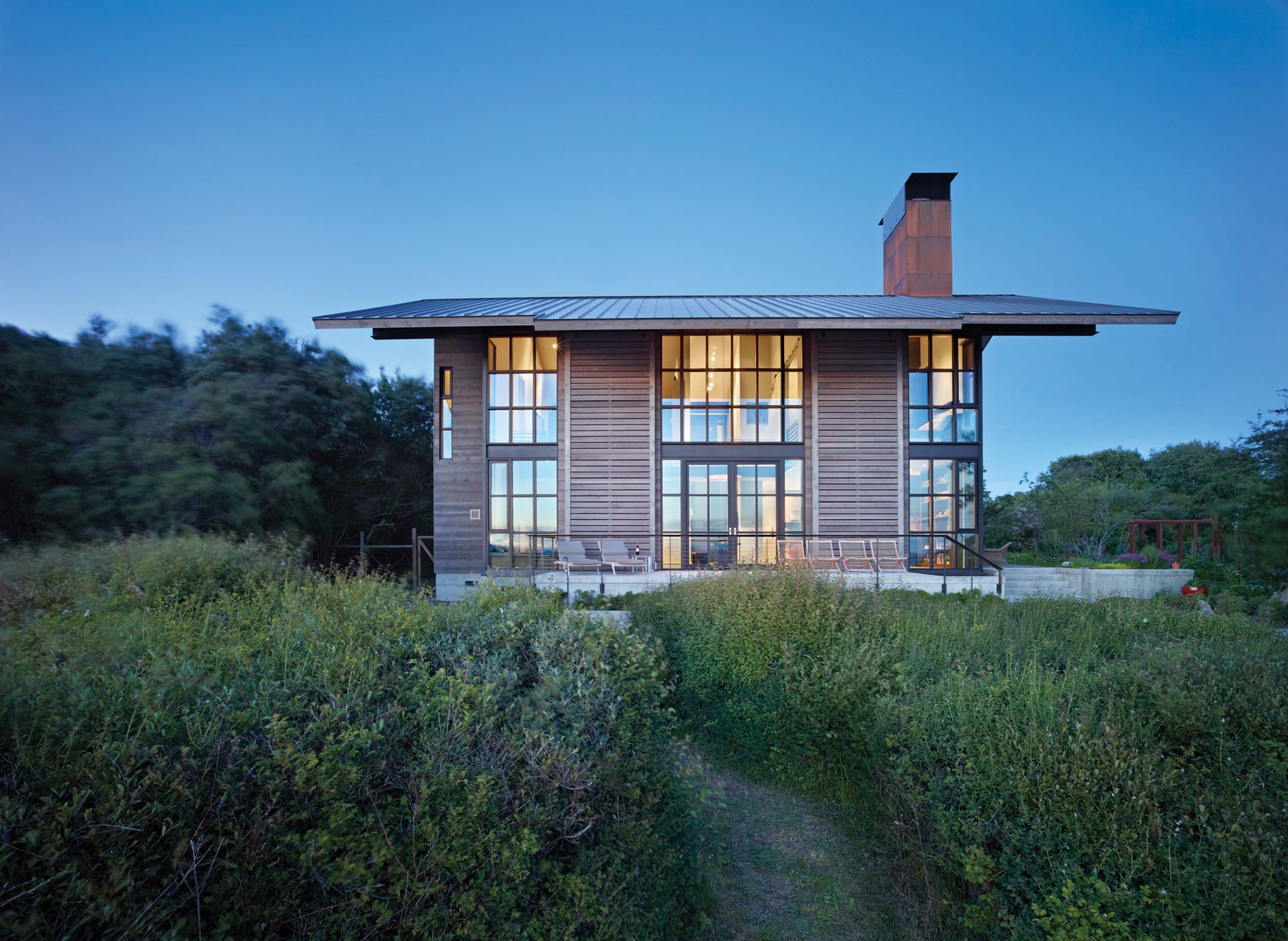 09 Jun A Home to Honor the setting

Margaret Greene fell for the house before she even stepped in the front door. On the vacation-end of a business trip, she and her husband, Scotty Greene, had been on the San Juan Islands for a total of 36 hours before they found themselves with a real estate agent, driving to a place he said they simply must see. Pulling up to the wooden gate on the property, talk turned to previous owners of the home, and Margaret immediately made the connection that the house had once belonged to an artist whose work she had been admiring at galleries on the island. The Greenes put in an offer that night.

The space overlooking False Bay was just what the couple was looking for to begin “act three” of their lives. As their children grew and retirement neared, they decided to completely re-do the house. “We tried for seven years [to make the house work],” Margaret Greene says. “Finally we decided it was too limiting and there was no reason to have those kinds of limitations.” So plans to rebuild began. The respect the Greenes had for the property and the island meant that tearing down and rebuilding was not a decision made lightly. They put the word out that anyone who wanted part of the house should come claim it. Floorboards, appliances, doors and stair railings were carted off; every piece of the old place found a new home on the San Juans.

Designing a new home was second nature to Greene, who had often funneled her creative energy into creating perfect living spaces. The decision of who to work with was also an easy one. “I had a bunch of design magazines and over a period of a couple of years, every house I was drawn to was a Tom Kundig.” So Kirsten Murray of Olson Kundig Architects was brought in to design the new False Bay residence. “I spent a weekend there,” Murray recalls, “which was great because it was a chance to see the views. We had our meetings right there at the dining room table.”

Honoring the history of the space was important. A dilapidated barn on-site inspired the design process. Much like a barn, the home was built as basically one big volume of space. The open floorplan on the first floor extends up to the second-story loft where sliding panels allow walls to both appear and dissolve. The spruce used throughout the house was treated with a burn to acquire the patina of the weathered old barn. The agricultural tradition also extends to the garden. With Steve Schramm of Island Gardens Company, the Greenes restored the garden to its former glory days, incorporating a steel pergola as a nod to a pergola that used to be in the garden and to the new home with its steel finishings.

Of course there was no better way to honor the site than to showcase the views. The inverted floorplan of the old home only allowed the best views to be seen on the second floor, so the entire home was brought up half a story to allow for the bay and the mountains to be seen from both floors. The entry into the home is via a 15-foot-tall door that pivots open, acting less like a door and more like a wall that can be moved. And once it’s out of the way, the house opens to a hallway and long table that leads the eye straight out the glass Dutch doors to the view of False Bay.

Murray pointed out that there are more vantage points than one window. “Some of the most interesting views were out of the corner of the house, so you can position yourself at various places in the house to get different kinds of views. The great big view in the center is for when you are eating with friends, whereas you can go to a little corner and get a view that is scaled for one person.” For times when the sun is bringing too much heat, motorized shutters can seal and protect the home, allowing in only slips of light.

Close friends often fly in from the East Coast to visit and spend a relaxing vacation on the island, and the house was designed to honor all types of guests. “We wanted everyone to feel comfortable coming here and nobody to feel bored.” Greene says. The books filling the custom shelves, the outside fireplace and guest house, and a gallery worth of art ensures that everyone falls in love with the house just as the Greenes did when they first pulled through that old wooden gate. 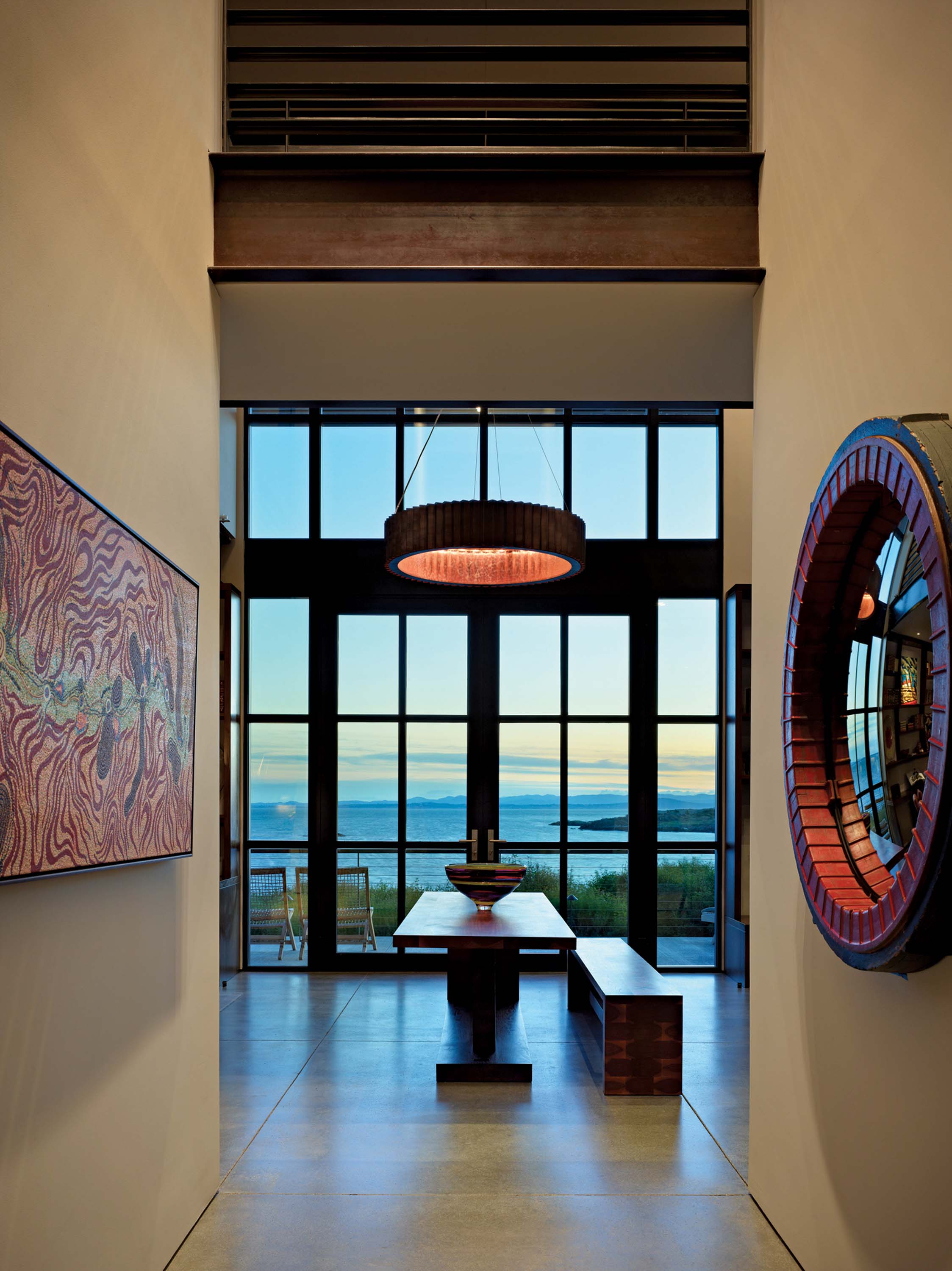 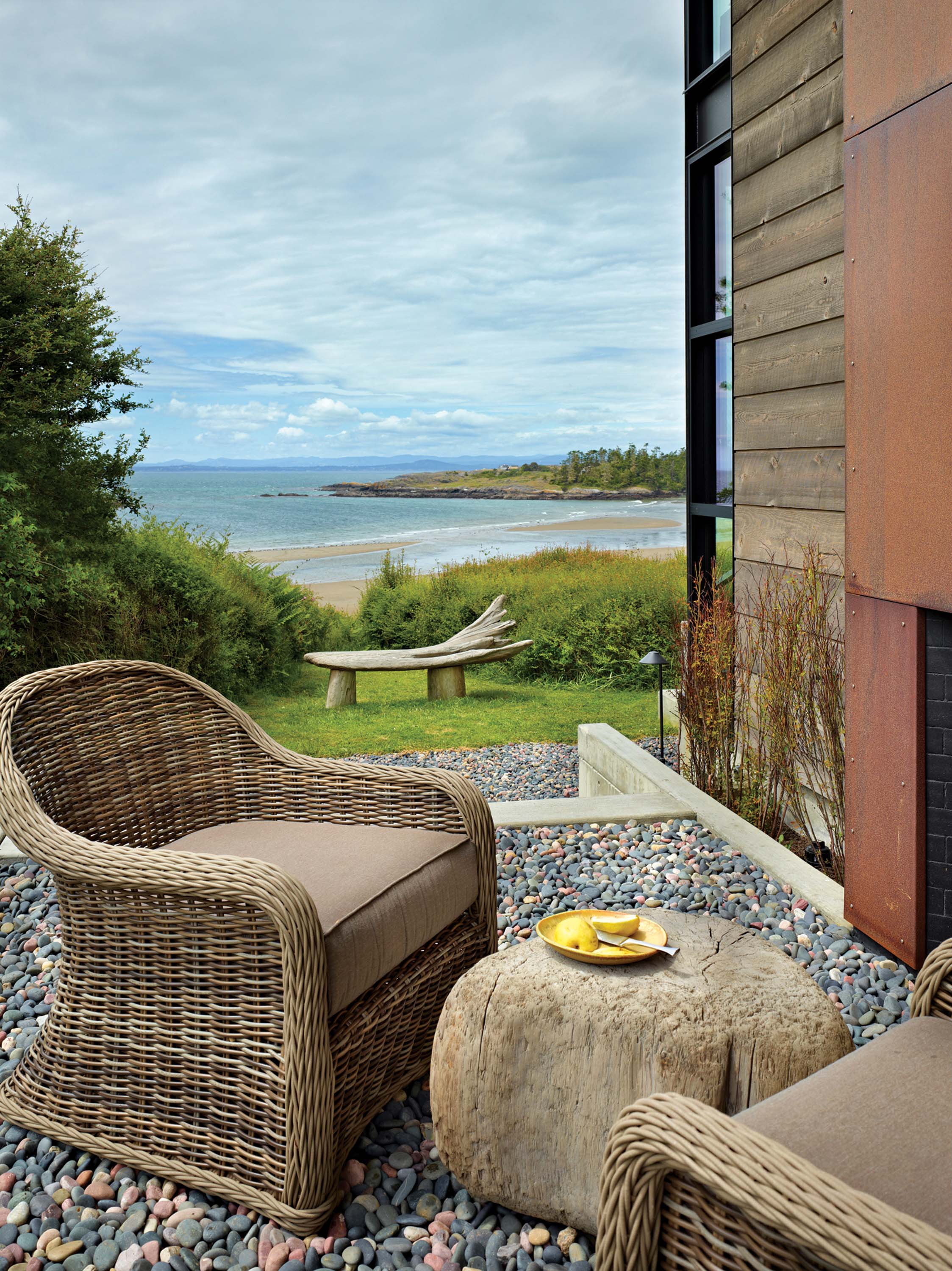 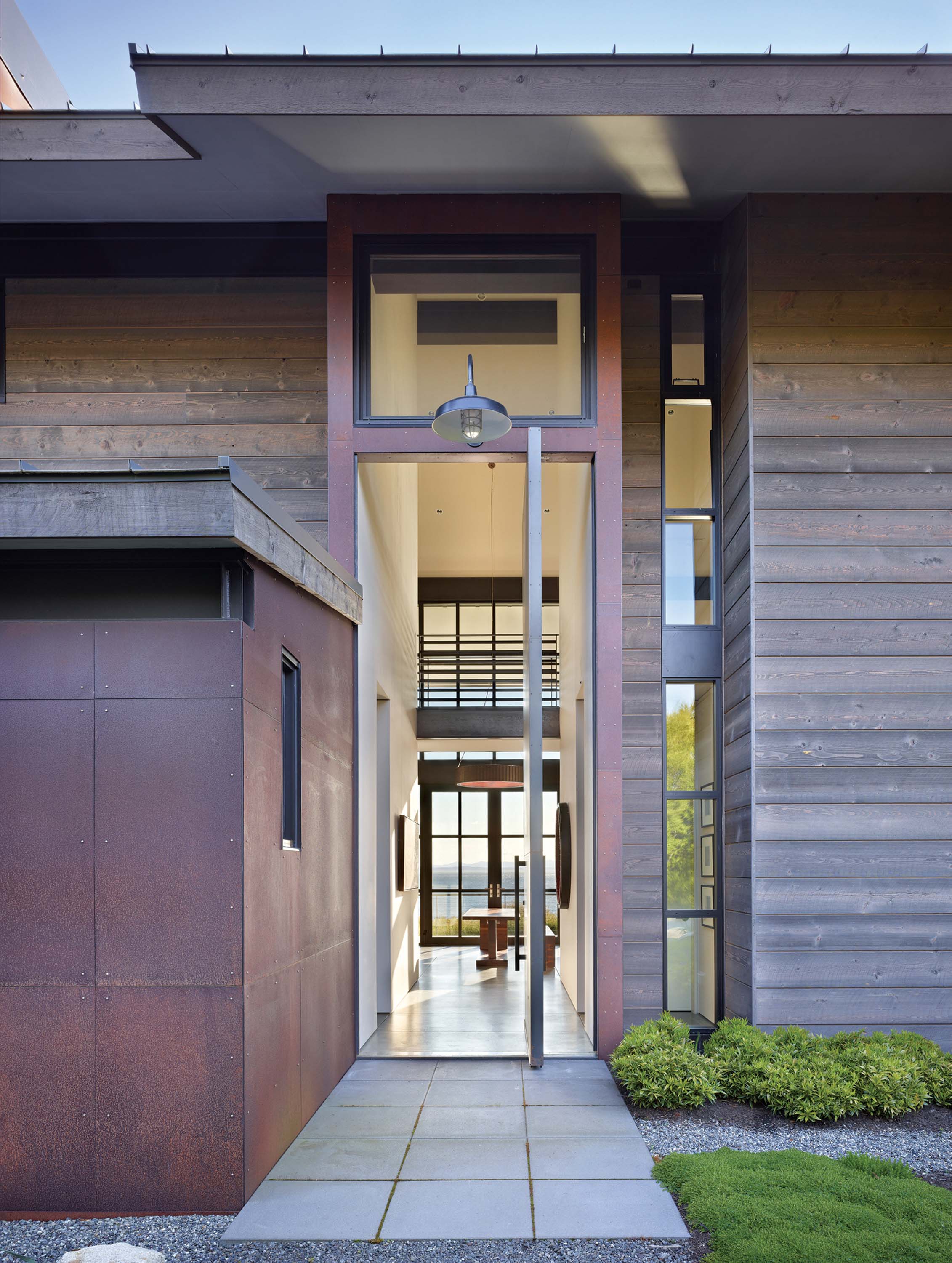 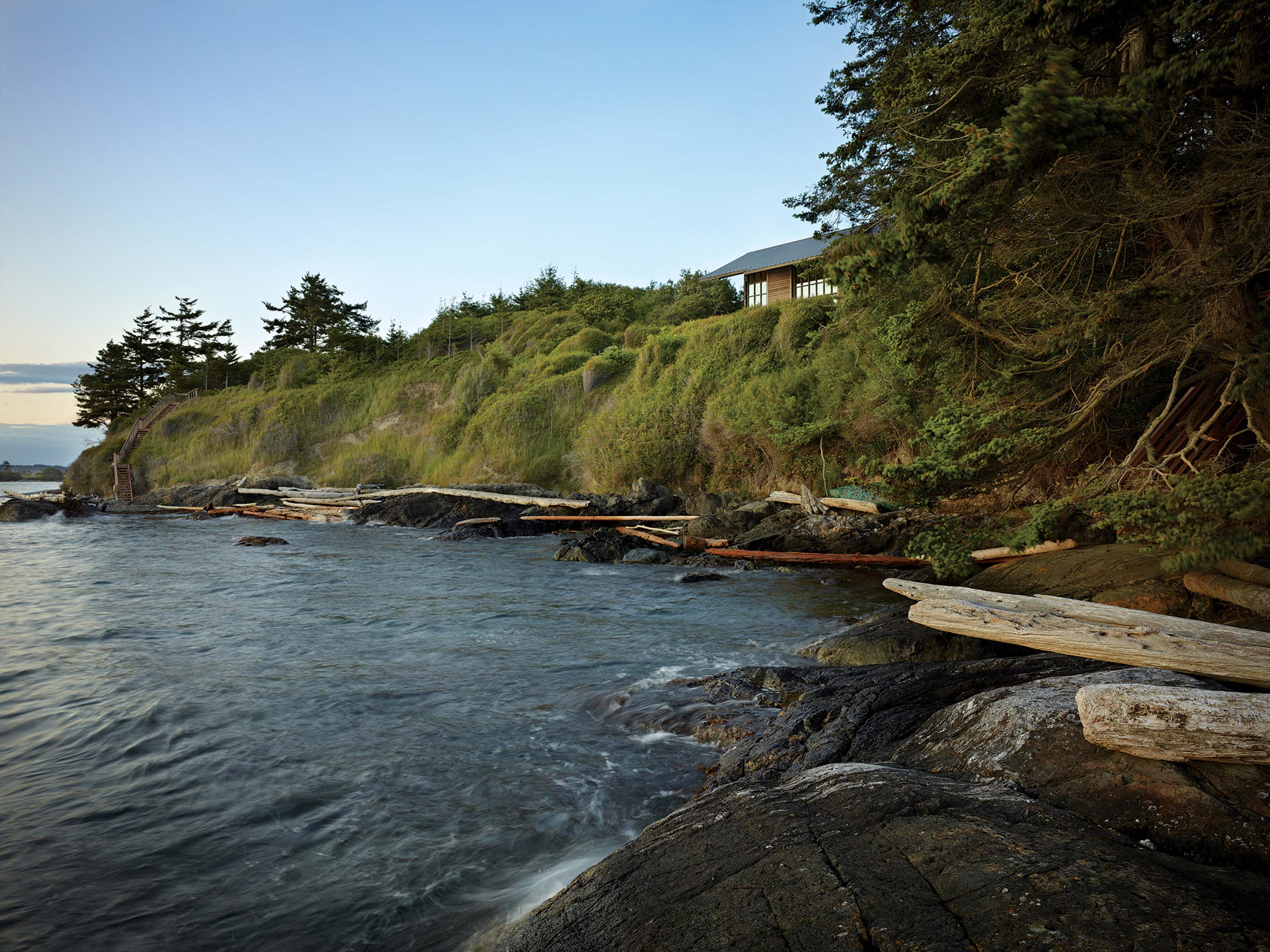 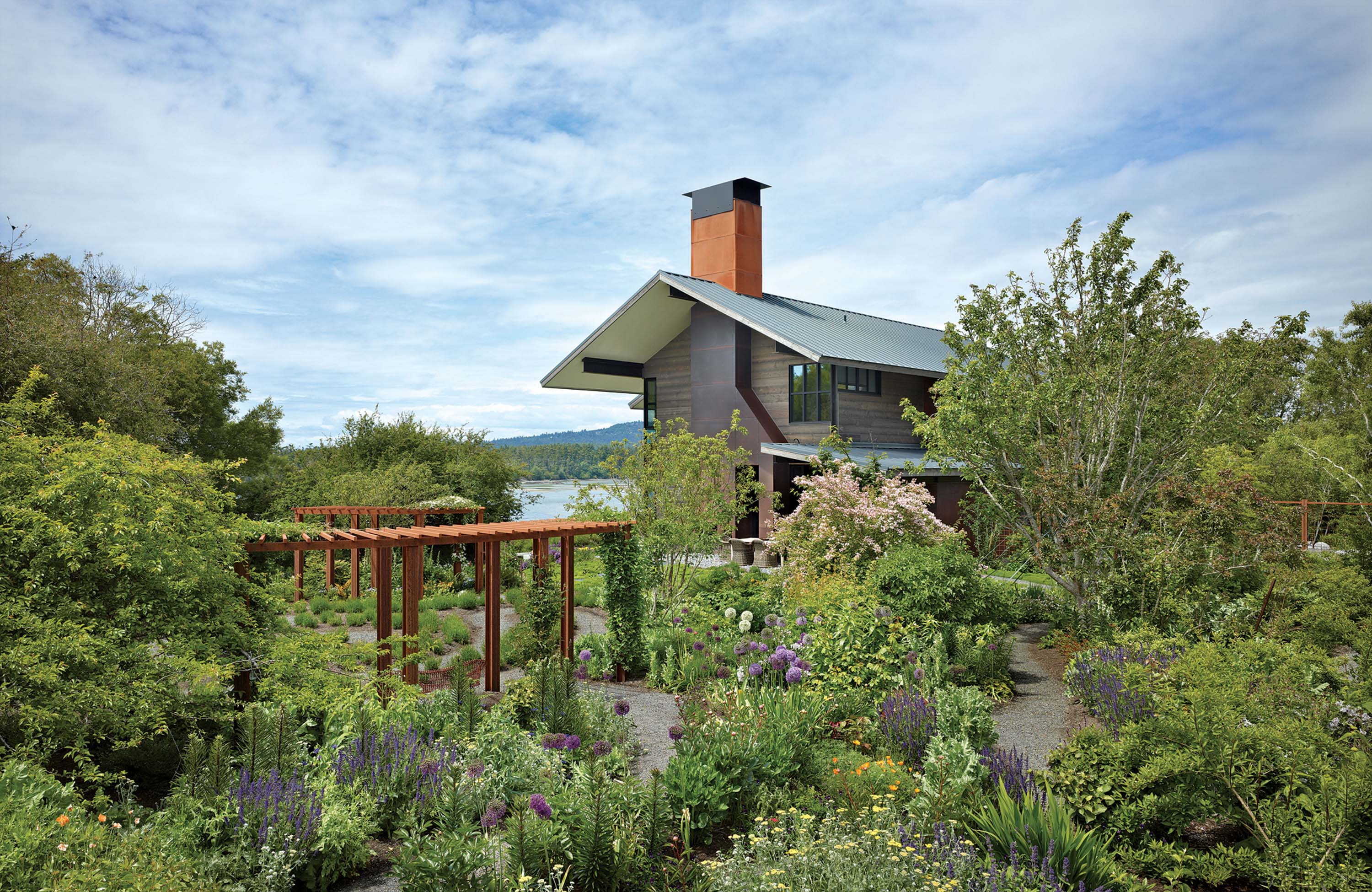 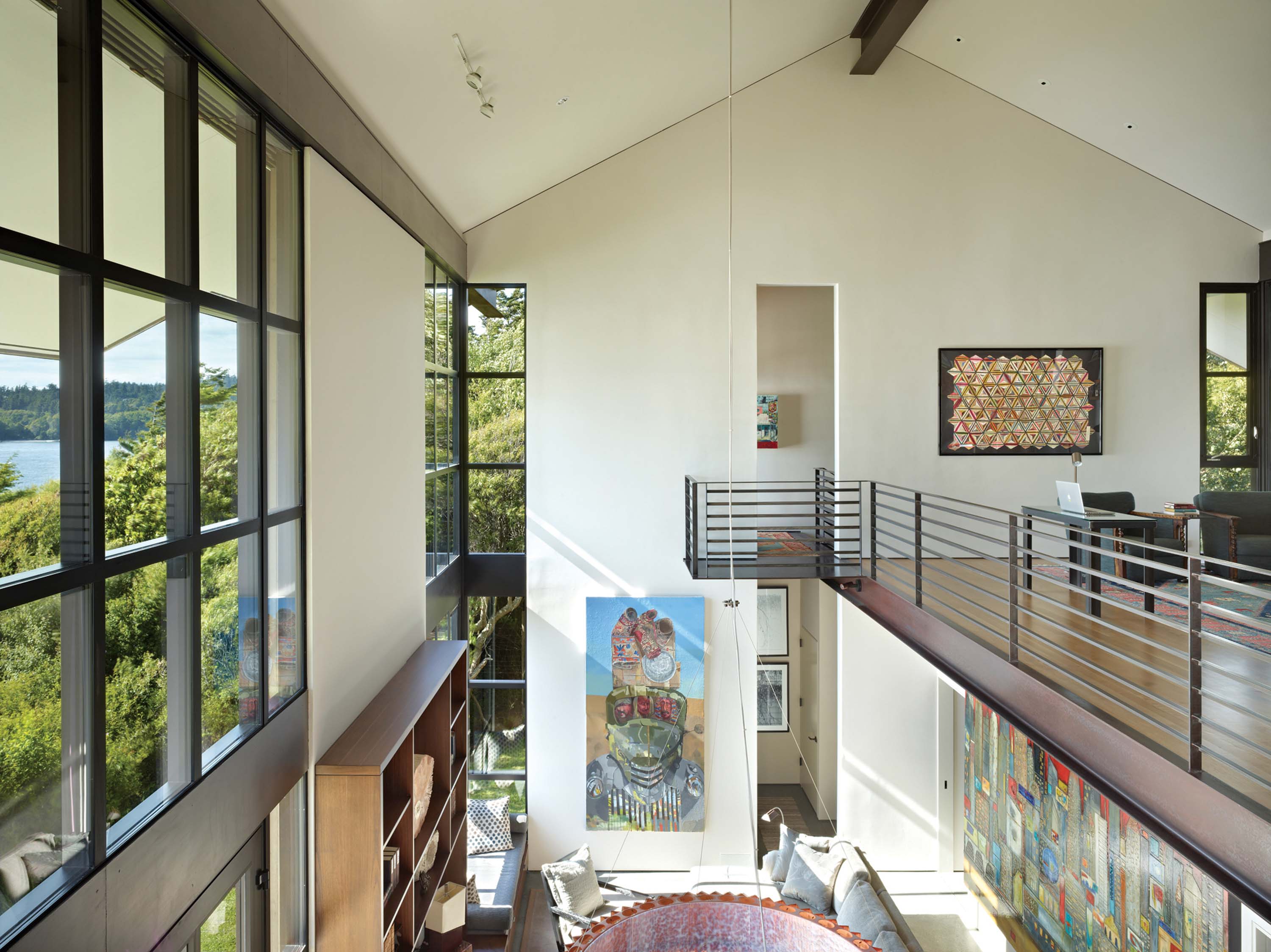 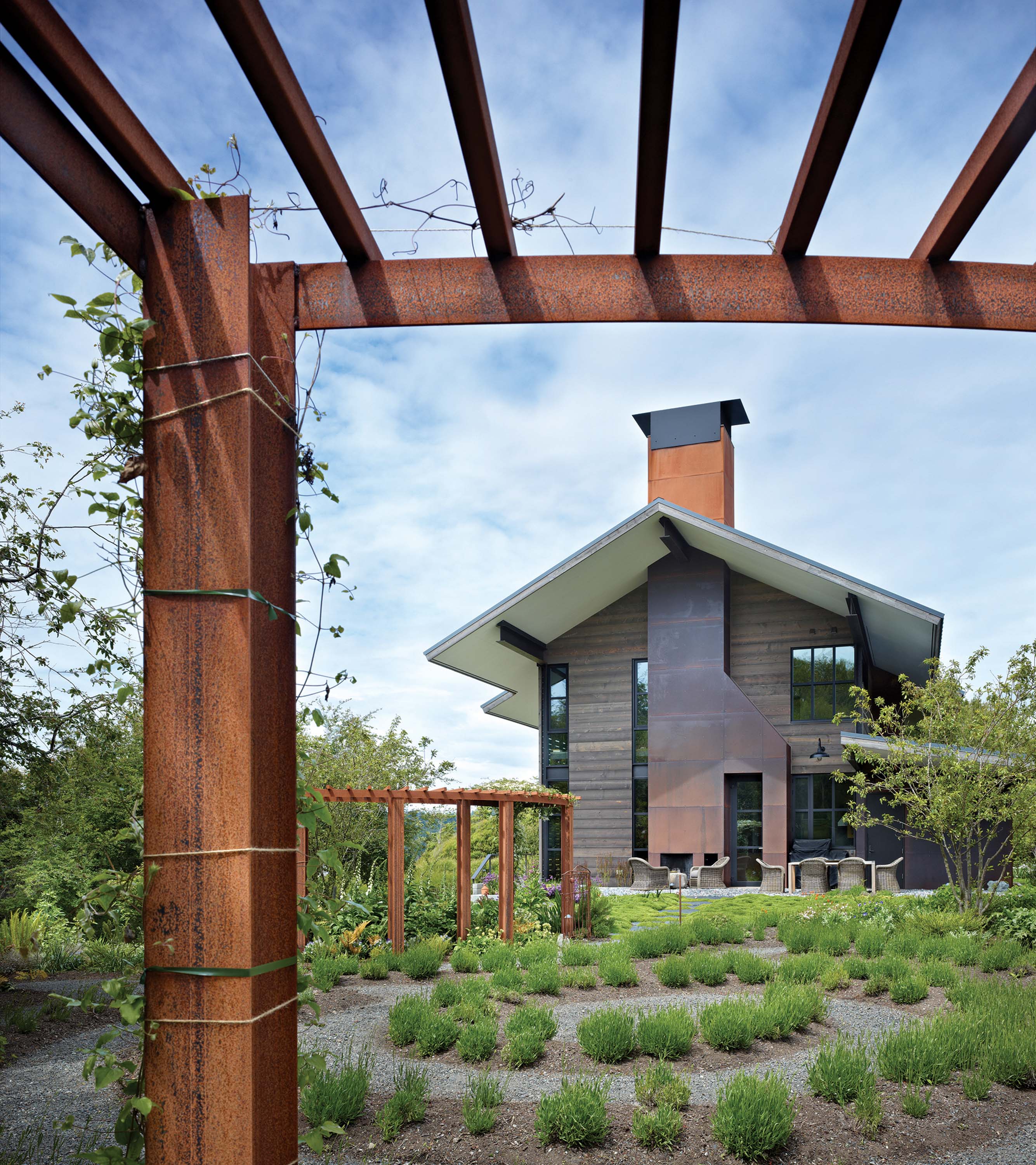