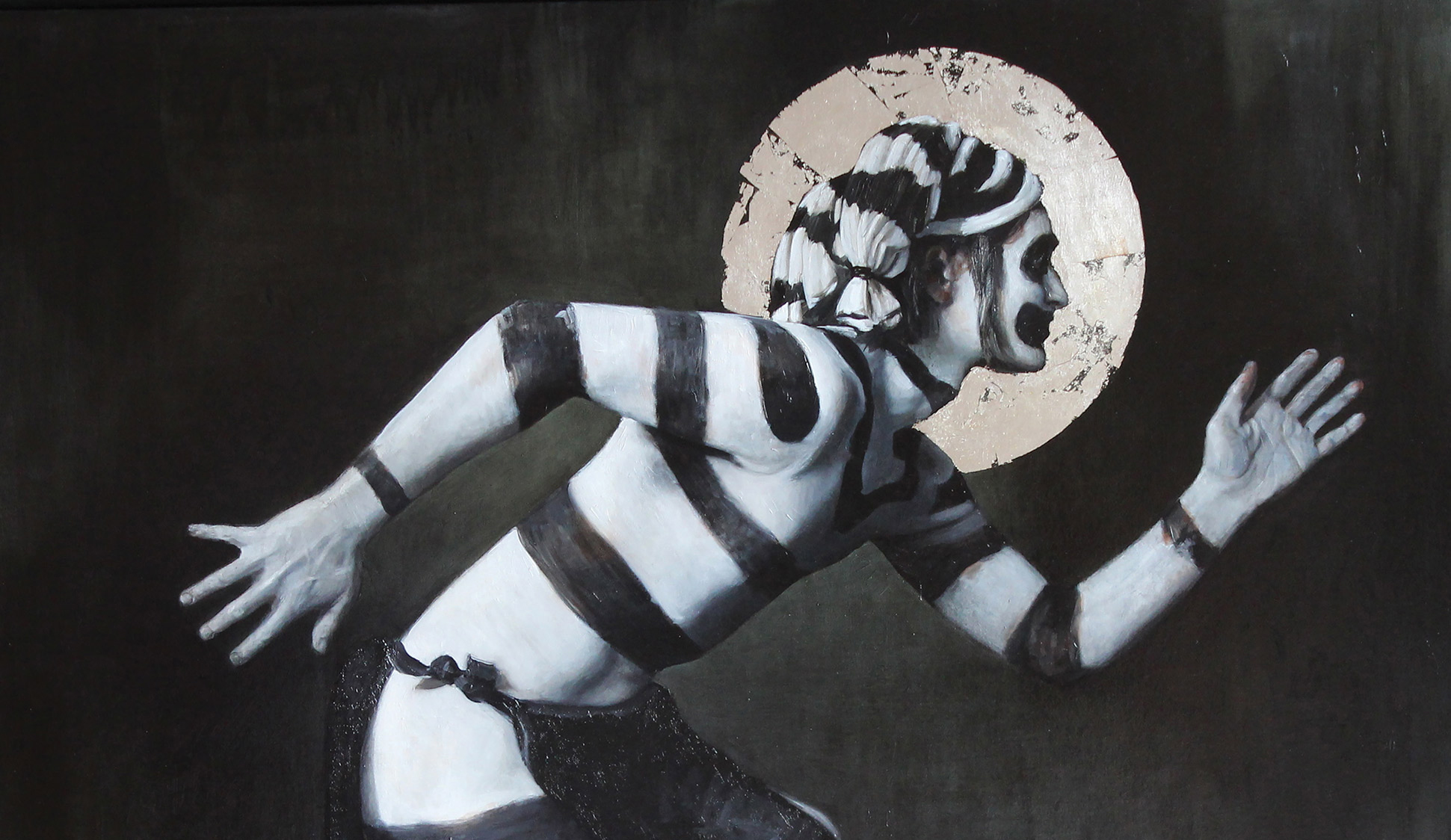 17 May A Philosopher’s Palette

I BELIEVE THE BEST ART comes out of deliberate practice and discipline mixed with a willingness to trust yourself as an artist and a human being,” states Utah artist Bradford Overton. In his richly detailed paintings, we discover he is a master of mystery and a weaver of spells as he explores beauty and narrative with original style.

Overton has been drawing all his life, but it wasn’t until attending the University of Utah that he realized art united his many interests. During college, theater, music and art each absorbed him. He also loved poetry, studying with such notables as U.S. Poet Laureate Mark Strand. Overton was talented enough that he easily could have built a career following any of his passions. He is a gifted tenor with a four-octave range, deeply drawn to opera, and even today is a skillful singer and songwriter. But in the end it was painting that allowed him to express the full range of his imagination.

A seventh-generation Californian, Overton grew up “influenced by a long line of hardworking, entrepreneurial people. People who pushed through adversity to achieve their personal best.” His recent large-scale figurative works reflect his willingness to put in long hours, moving through a complex process that begins with intuitive inspiration and is heavily shaped by a philosopher’s understanding of myth, legend and spirituality. His body of work represents a convergence, a constellation of compelling images that combine to create a fresh and dazzling universe.

There are often references in Overton’s work to ancient religions, times when people’s lives were more closely guided by the seasons and the land; when they believed in a pantheon of gods and goddesses inhabiting both the seen and the unseen worlds. In his painting Sacred Heart, Ellen of the Ways, several of these elements appear. The artwork’s title refers to a pagan goddess especially dear to the Welsh, although known throughout Europe. Revered as an archetype synonymous with the land, with its forests, waterways and with all wild creatures, Overton’s glowing female figure is crowned with antlers and embedded in a vibrant floral background, signifying her importance in the cycle of life. Also seen is another characteristic of many of the artist’s paintings: the inclusion of apparel with historic or cultural importance. Here, Ellen is wrapped in an antique priest’s robe of crushed crimson velvet from the artist’s personal prop collection, symbolizing the goddess’ belief in resurrection and rejuvenation.

Honing his technical craftsmanship has always been a high priority. “When I finished art school,” says Overton, “I wanted to master oil painting. At last count — five years ago — I had conservatively spent 30,000 hours on painting and drawing since I was 17. I now feel confident approaching any style from abstract to trompe l’oeil to classical realism.”

Still, when an idea for a new painting strikes, he spends days developing the concept. Intuition often guides him through this process as he employs his well-developed methodology, which includes glazing, pushing and pulling values, adding details and returning to do it all again, layer by layer. He spins into being images sparked by opera, music, literature and legend, and he’s inspired by the prose of poets Octavio Paz, Pablo Neruda and Lucille Clifton. While each painting is compelling simply as art, each also conjures fantastical metaphysical worlds. As in Suspension, his painting depicting a black-and-white native figure walking a tightrope, these are visions of humans traversing between two worlds.

Inspired by José Guadalupe Posada’s early 20th-century La Catrina image, a popular symbol of the Mexican Day of the Dead celebration depicting a high-society female skeleton wearing a fancy French-style hat Overton recently created his own Calavera Catrina series, extending the theme to include international allegory. Posada based his figure on Mictecacihuatl, queen of the mythological Aztec underworld. Overton’s series features a cast of figures shown in ravishing scenes of magical realism illustrating his interpretations of Aztec, Greek and Roman goddesses; legendary characters from opera and Shakespeare; and the Mexican sensibility of life as framed by death’s inevitability. But these images are anything but macabre — they are wonderfully lush and dramatic, masterfully executed, a joyful explosion of color. A large portion of their appeal lies in their multilayered subtext, a complexity that never fails to spark connections.

Obsidian Butterfly is a prime example. The painting powerfully reflects the artist’s grounding in opera’s theatrical drama. There are multiple references to “Madame Butterfly” in the figure’s kimono, her open-arm stance, her magnificent corona-like headdress and white geisha-style makeup. Yet, as with many of Overton’s figures, duality is ever present. She is also Itzpapalotl, the Aztec warrior goddess, symbol of protection known to appear at times in a more fearsome form with a skeletal head and butterfly wings edged with stone blades. Clues to this underlying narrative are seen in her traditional Mexican peasant skirt, the blended transfiguration of her makeup, including the traditional Day of the Dead marigold on her forehead, her beaded earrings, and the skull and snake tattooed on her foot.

Overton keeps art lovers enthralled and holding their breath to see what’s next. He’s had numerous exhibitions across the Southwest and his paintings are in corporate, university and private collections. He’s represented by Blue Rain Gallery in Santa Fe, New Mexico; Julie Nester Gallery in Park City, Utah; and Marshall Gallery in Scottsdale, Arizona.

Leroy Garcia, owner of Blue Rain Gallery, finds Overton an exceptionally talented painter. “The way he brings together elements from other cultures, literature, theater and his imagination to create compelling narrative works invites the viewer on an irresistible journey,” he says.

June 3 marks the opening of his latest one-man show at Blue Rain’s new Railyard location where he expects to preview about 10 new paintings through June 18, including an intriguing series featuring a young Navajo man cloaked in his family’s heirloom blankets.

Summing up his beliefs about the path of an artist, Overton says, “An artist needs to be passionately committed, have a strong work ethic and be zealously creative. My paintings are portraits of human beings standing in their own power, embracing their personal ideals and heritage. As I create them, I am trusting my creative process as an artist to express my own aesthetic and human values.” 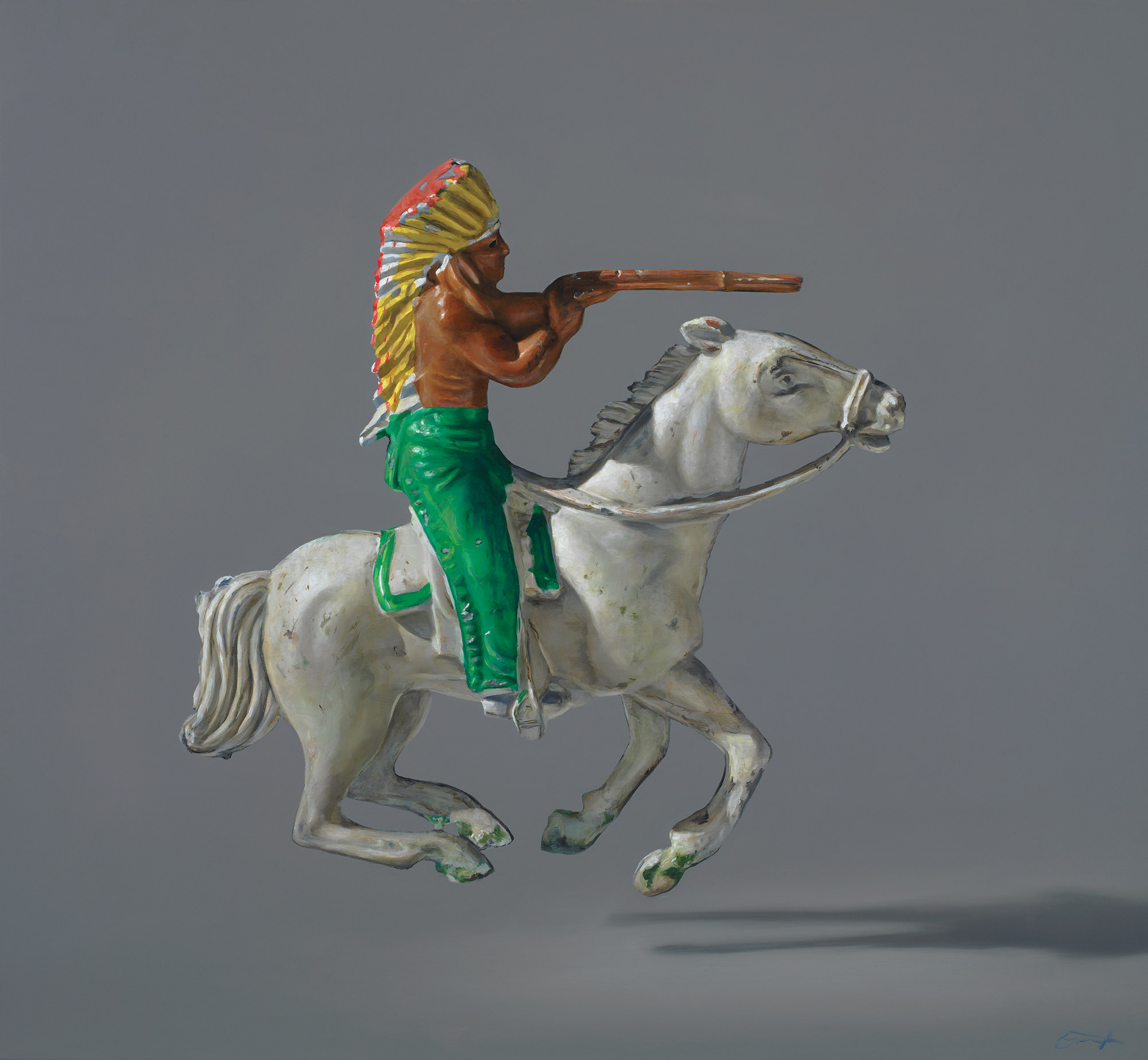 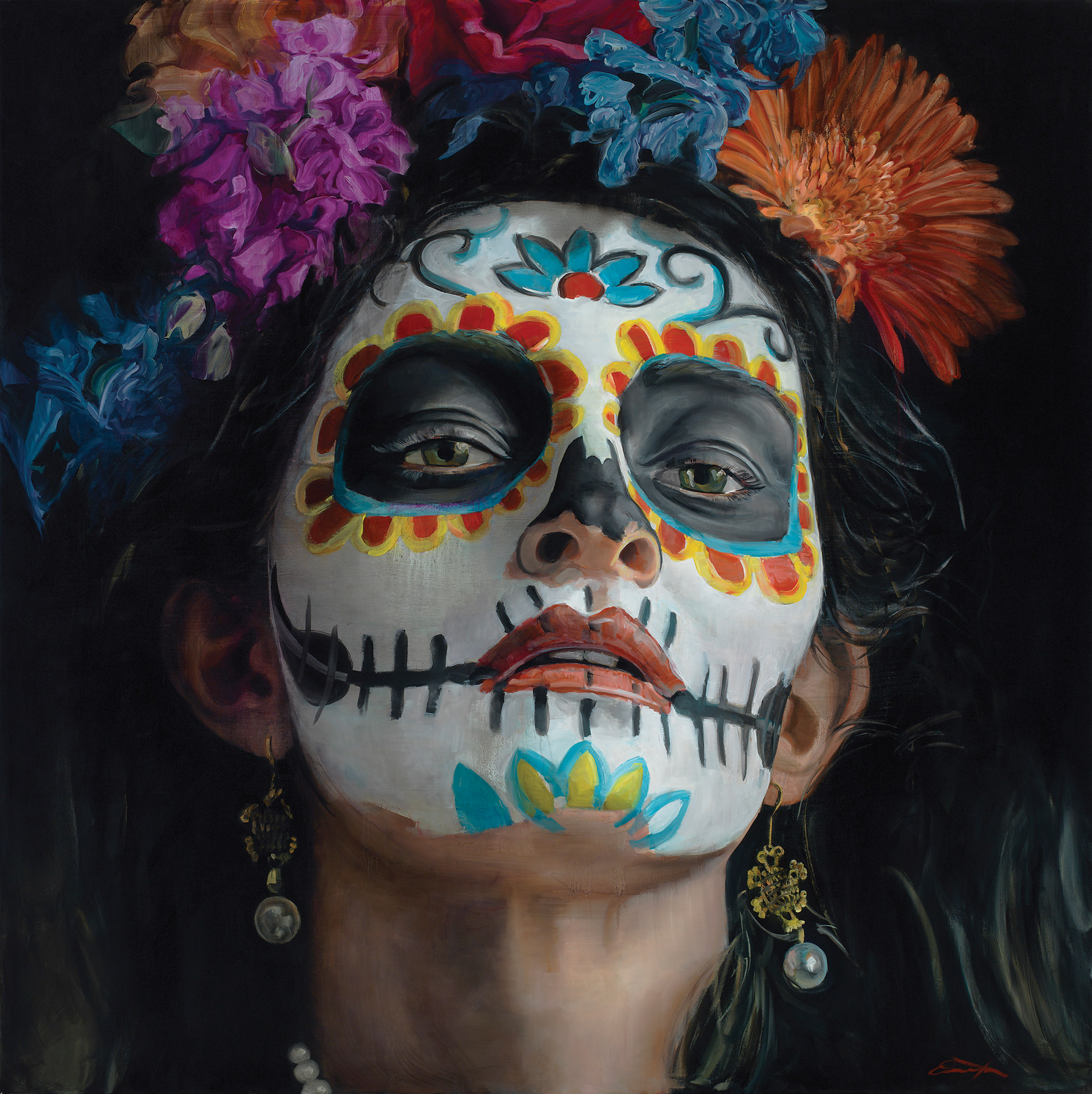 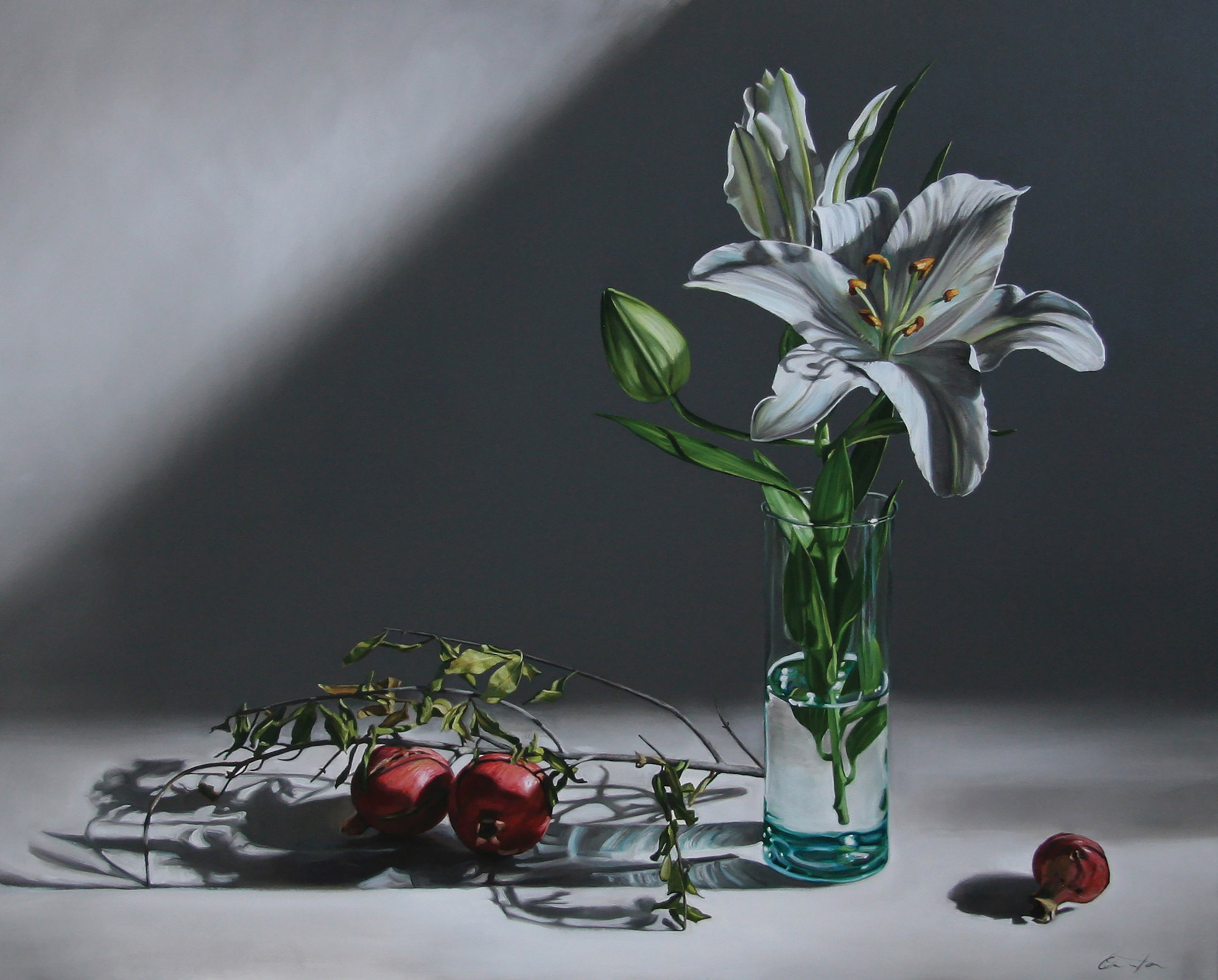 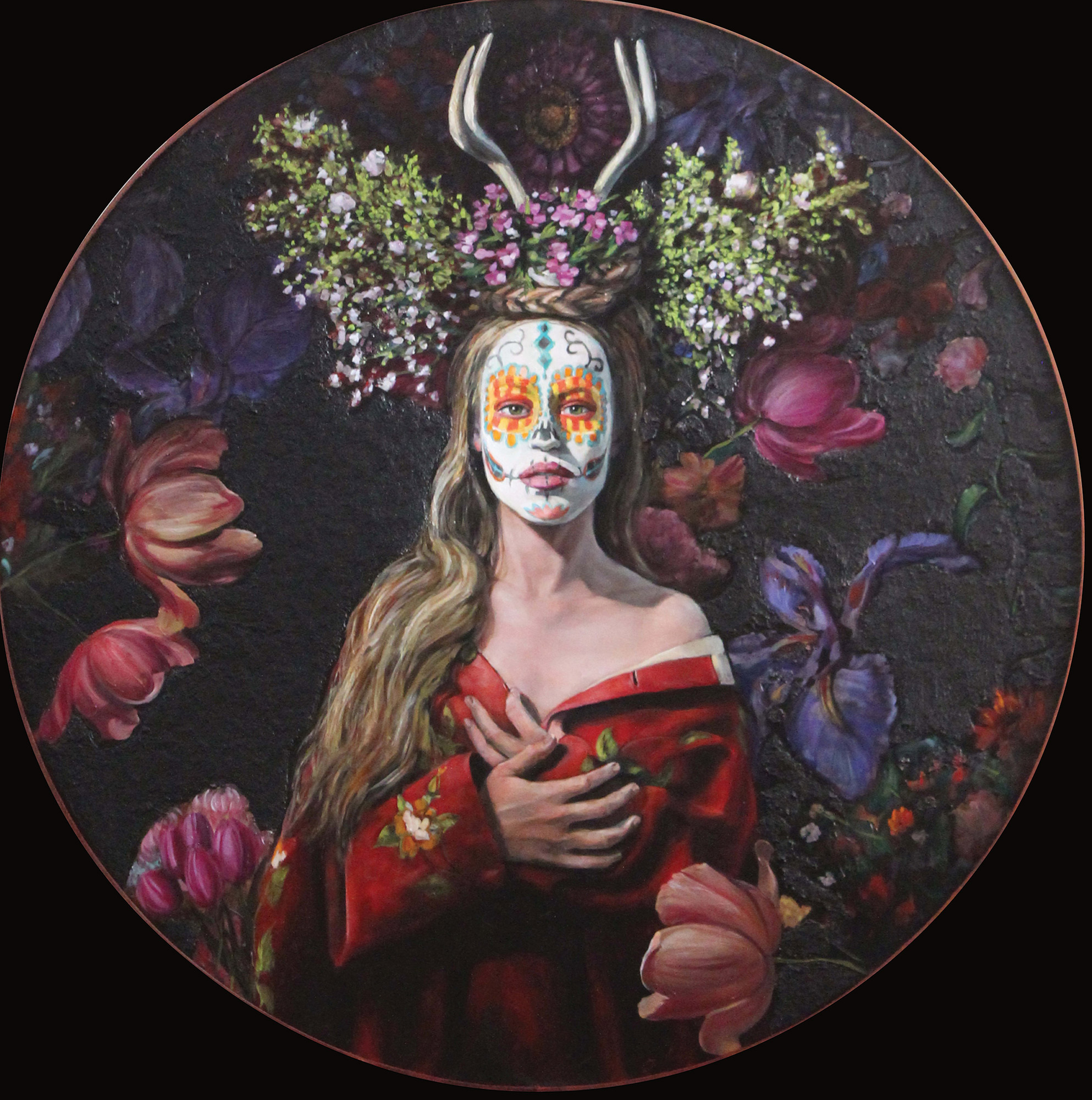 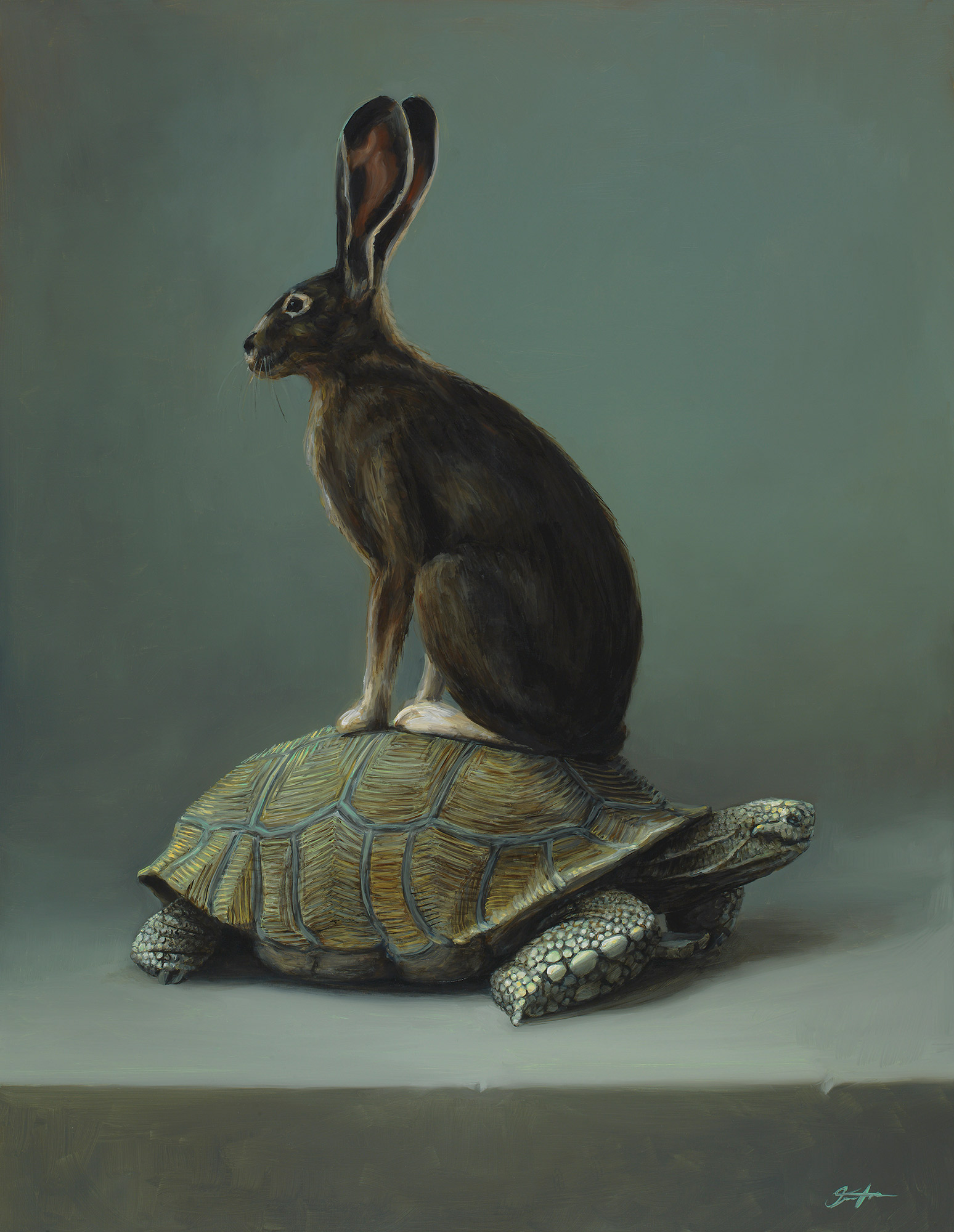 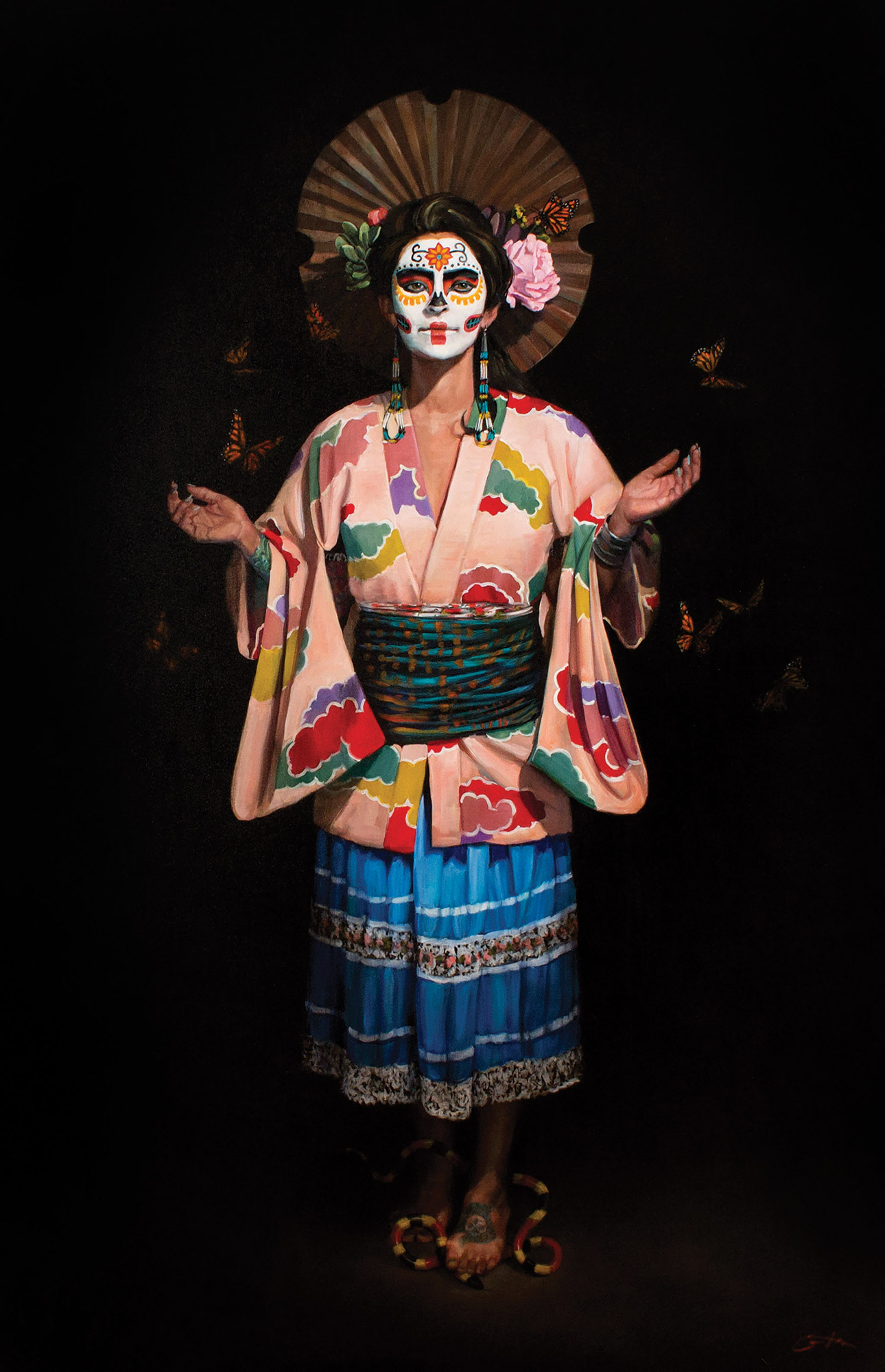