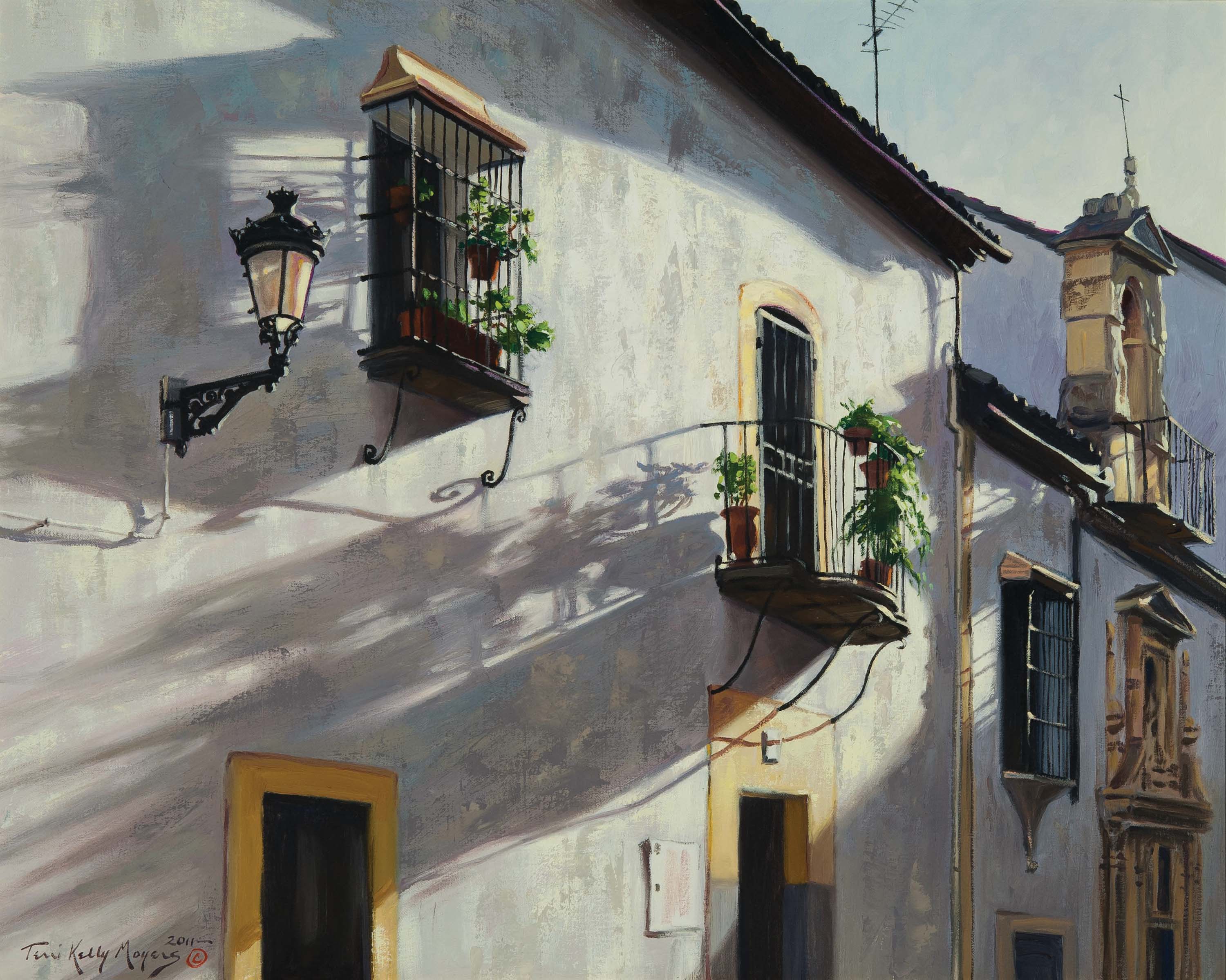 ALL OVER THE MAP. That’s the name Nedra Matteucci Galleries in Santa Fe came up with for the August 11 – September 1 show featuring new works from plein air painters Terri and John Moyers. That’s certainly an accurate description of what the Santa Fe artists plan to unveil: historical and contemporary compositions from France, Spain, Canada, New Mexico and Mexico, and thoroughbred horse-racing scenes from California (the proceeds from one of the latter paintings going to the Permanently Disabled Jockeys Fund). “All Over the Map” also perfectly nails the painting philosophy of the Santa Fe artists themselves.

All over the map? Well, you’ll find their artwork hanging in the homes of collectors across the country, and in galleries stretching from Santa Fe (Matteucci) to Vail (Claggett/Rey Gallery) to Tucson (Medicine Man Gallery).

“I’ve always liked their work,” Matteucci says. “The variety of the subject matter, the vibrance of their work, something that I enjoy living with. They don’t project things. You feel like you’re part of that time and era that they’re painting. You can feel the energy from the painting.”

All over the map? Terri grew up in Calgary, Alberta, in a family that wouldn’t be considered artistic. “I was sort of an anomaly,” she says. “Nobody really understood why I was the way I was, but my mom was always supportive and did all she could to help. She didn’t understand it, but did her best.”

Some 1,500 miles south, however, art was definitely part of John’s childhood while growing up in Albuquerque, New Mexico. His father, William Moyers, was best known as a Western artist (joining Cowboy Artists of America in 1968), but also worked as an illustrator, including on Walt Disney’s 1940 classic animated film Fantasia.

“I always did the art thing,” John says. “Went to art school [at Laguna Beach School of Art and the California Institute for the Arts], but I wasn’t getting as much out of art school as I would have liked. I was seeing Bob Lougheed, and had this teacher in California who knew Bob’s work, who said, ‘You’re crazy going to art school when you have that opportunity to study with Lougheed.’ That’s what I did. I’m glad I listened to that guy.”

Robert Lougheed, who specialized in scenes of the American West (the Robert Lougheed Studio is part of Claggett/Rey Gallery), would influence both John and Terri. In 1979, Lougheed invited John to attend a “painters gathering” at the Okanagan Game Farm in British Columbia. Clarence Tillenius invited Terri. Emerging artists would get to study and paint with established artists. John Clymer … Wayne Wolfe … Harley Brown …

“It was terrific,” Terri says. “We got to paint, and other artists would critique our work while we were painting or at the end of the day. Or we could watch them painting. There was a lot to be learned.”

They married in 1982, the year Lougheed died.

“He was a major influence for both of us,” John says. “He was such a good teacher.”

What did he teach?

“How to paint,” Terri says.

They took what they learned, and continue to learn from their painting method of choice: plein air.

“For our type of painting that we want to do,” John says, “that’s really the simplest way to learn.”

“It teaches you how to draw,” Terri says. “It teaches you about value and color and how light falls on objects. What happens in nature. You don’t have to guess. You don’t have to make up for a photograph’s mistakes, and if you don’t ever paint from life, you don’t know when the photograph has lied to you because you don’t know what happens in life. We don’t project. We don’t manipulate things over the computer. We don’t paint over photographs. That’s what we believe.”

They’re not, however, always painting outside. Their studios are large rooms, separated by a kitchen area, in basically a guest house near their home. “We close our doors, so it’s nice,” Terri says.

But they do critique each other’s work.

“He ticks me off a little bit,” Terri says with a laugh.

Adds John: “But the person doing the critiquing is usually right.”

Studio work or outside? Again, their preferences can be all over the map.

“Sometimes you love painting from life,” John says, “but you can only take that so far. After you’ve painted outside for a month, you’re eager to get back into the studio and use what you’ve just learned to do some major piece. And when you’ve been in the studio for a while, you start thinking, ‘Oh, my gosh, I’m ready to go outside again.’”

“Our styles come closest when we’re painting from life,” Terri says. “He’s always been a little broader and looser than me. It’s an individual thing. In the studio, we’re more different. Our approach to it. Our styles. The way we put paint on.”

They can be painting the same subject, but see things completely different.

“John has broader brush strokes,” Matteucci says. “He paints in a different light. Terri might have a painting of a woman putting on an embroidered shawl, while John will have a man getting ready for battle. But the paintings complement each other, showing each getting ready for their next mission.”

John loves painting figures from the Mexican Revolution. Terri’s first loves are horses. John’s more historical. Terri’s more feminine. But ask them what they want to paint, and their answers are definitely not all over the map.

“I think it’s so important for an artist to paint what they’re excited about,” John says, “and so you always do your best work if you’re painting things you’re excited about painting. Every artist falls into this trap because you have to make a living, too. You might paint something because you’re thinking, ‘I have to make some money,’ but it’s never as good if you’re painting for that reason.” 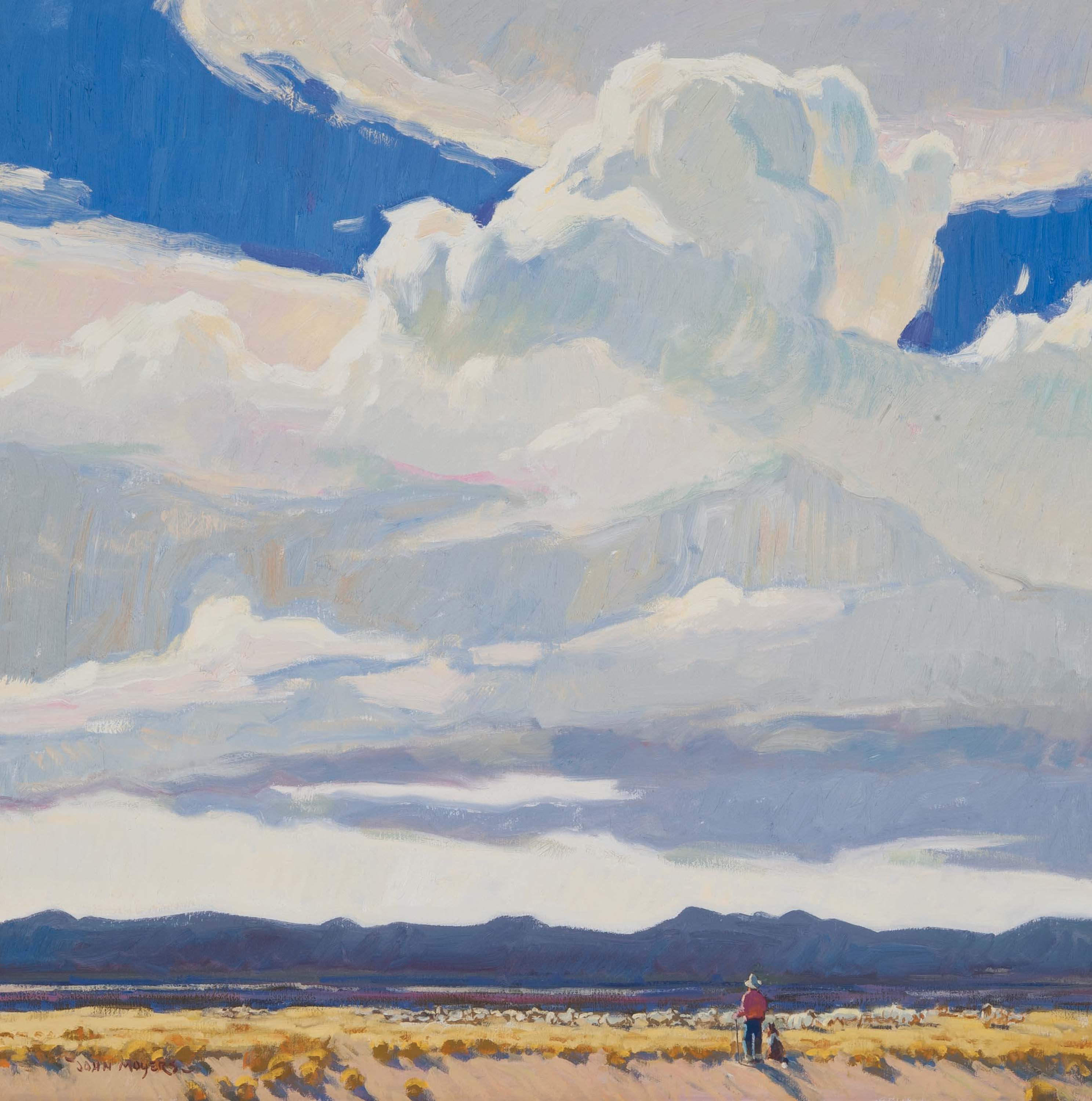 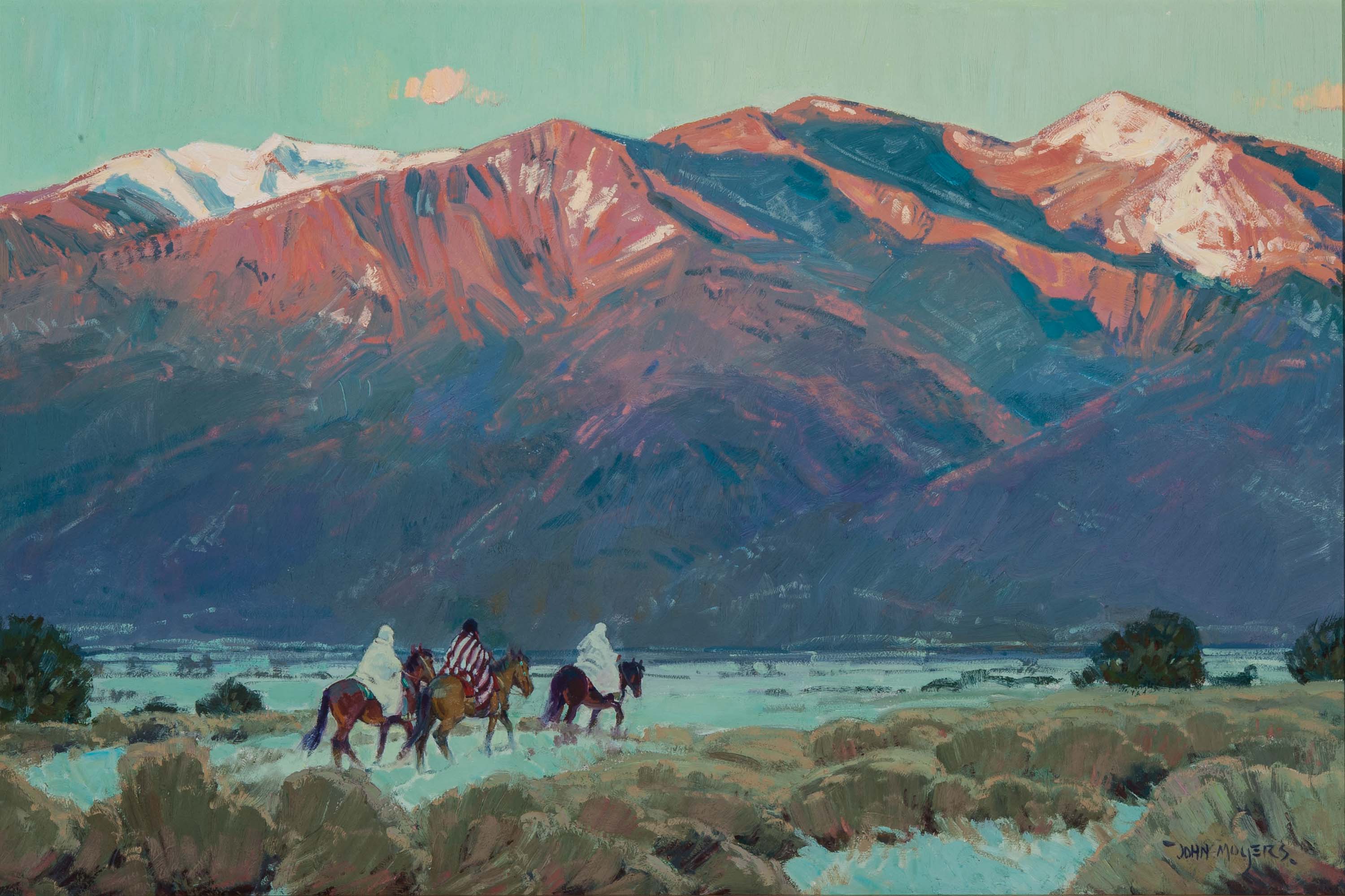 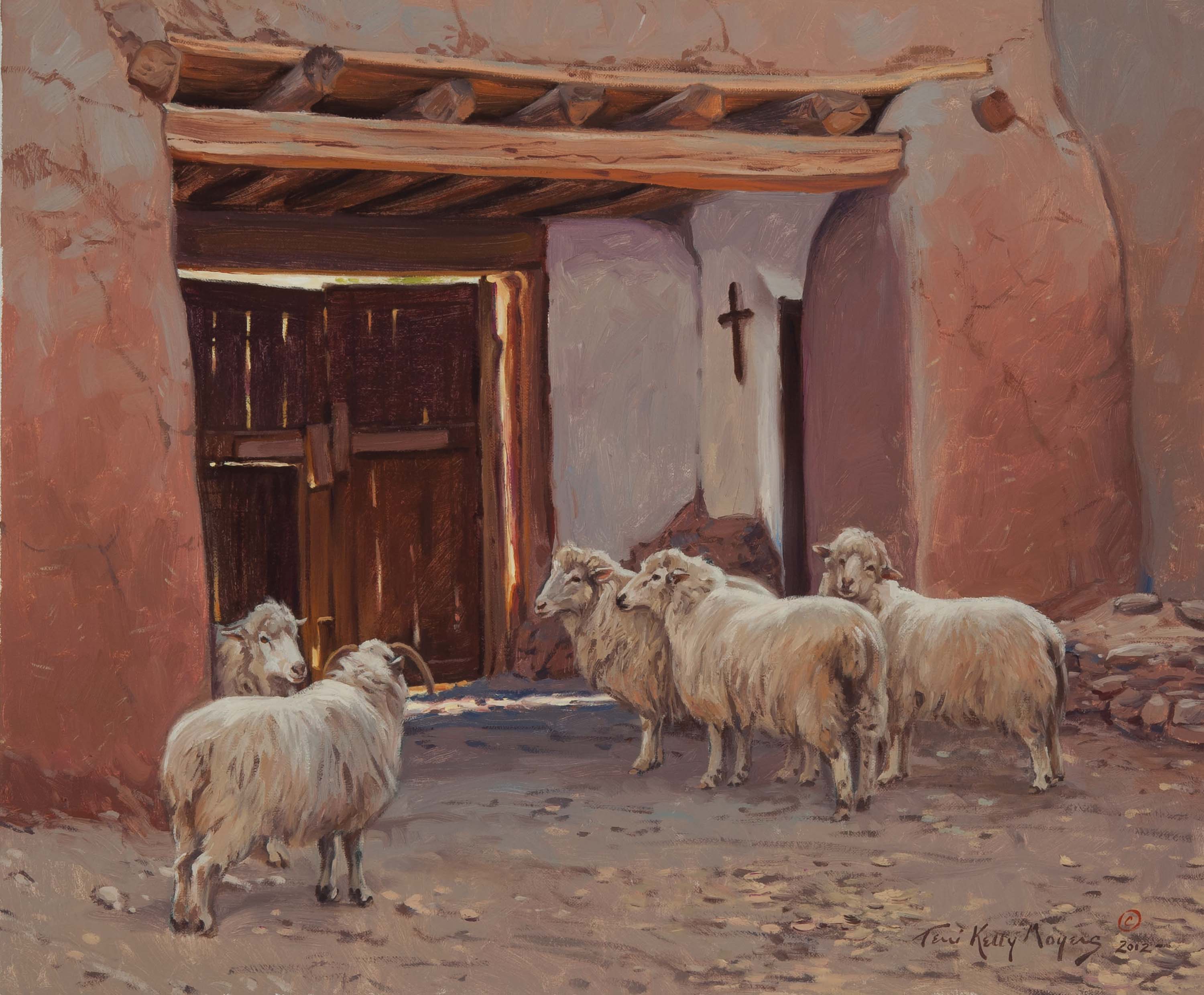 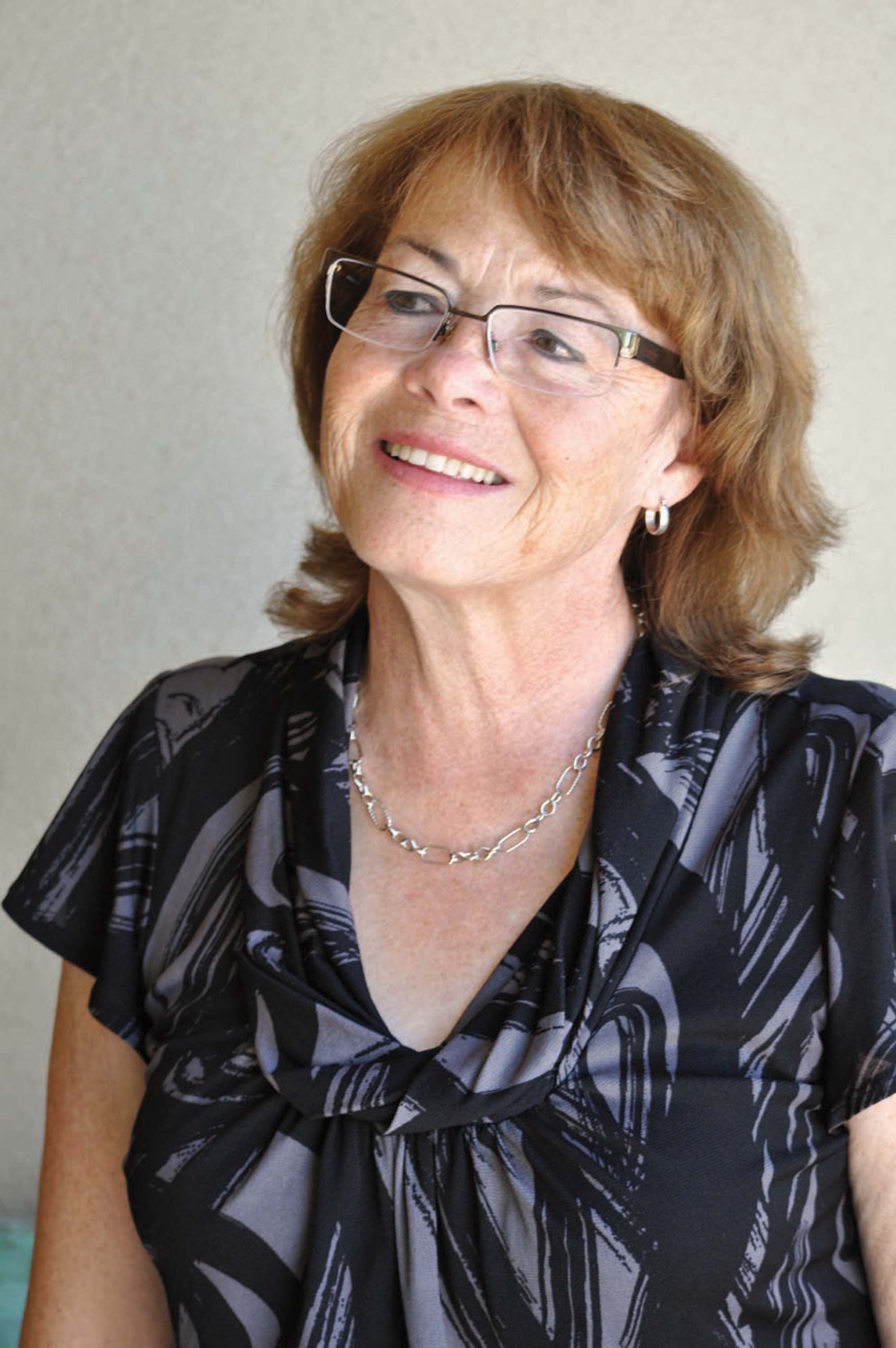 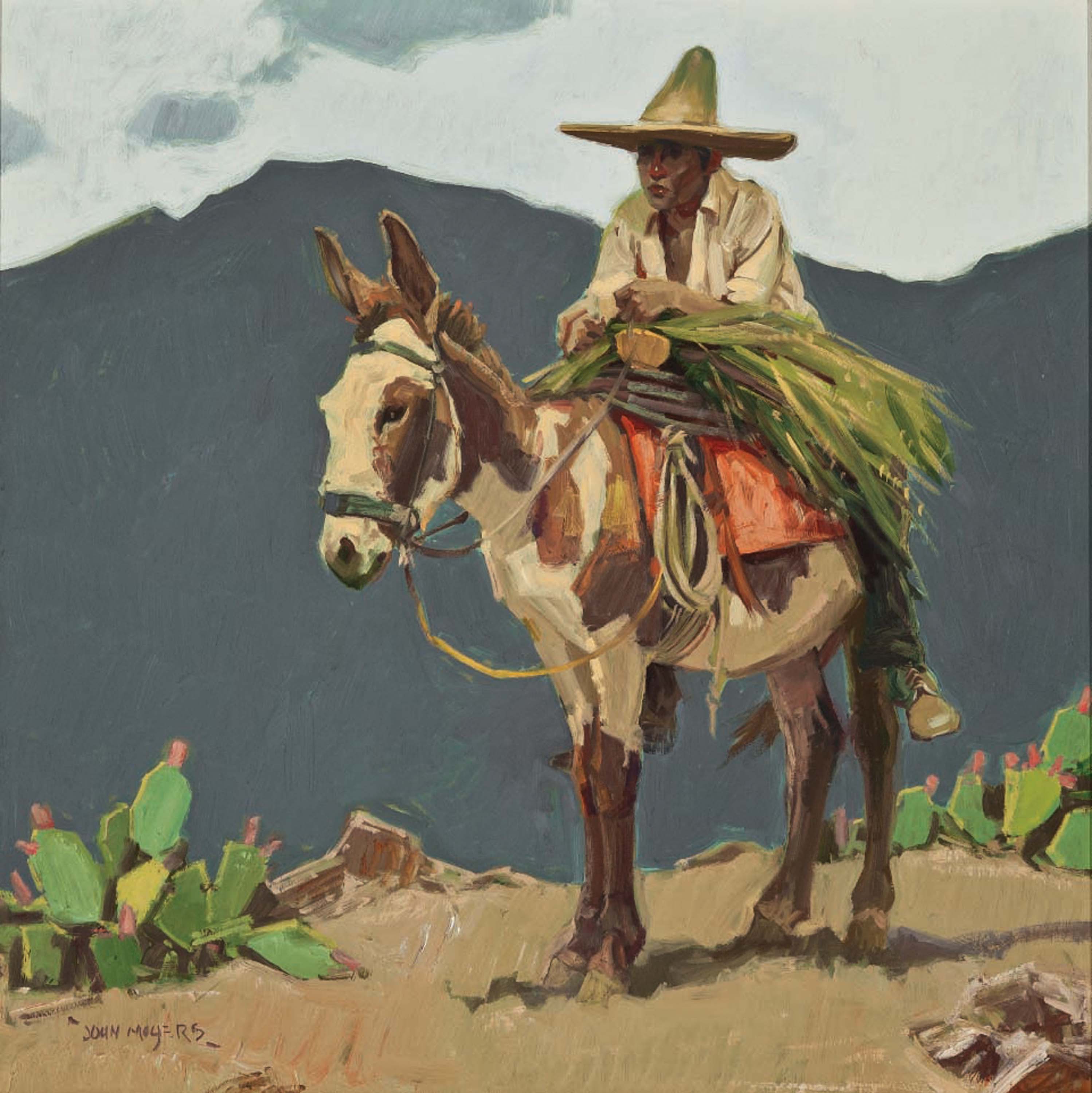 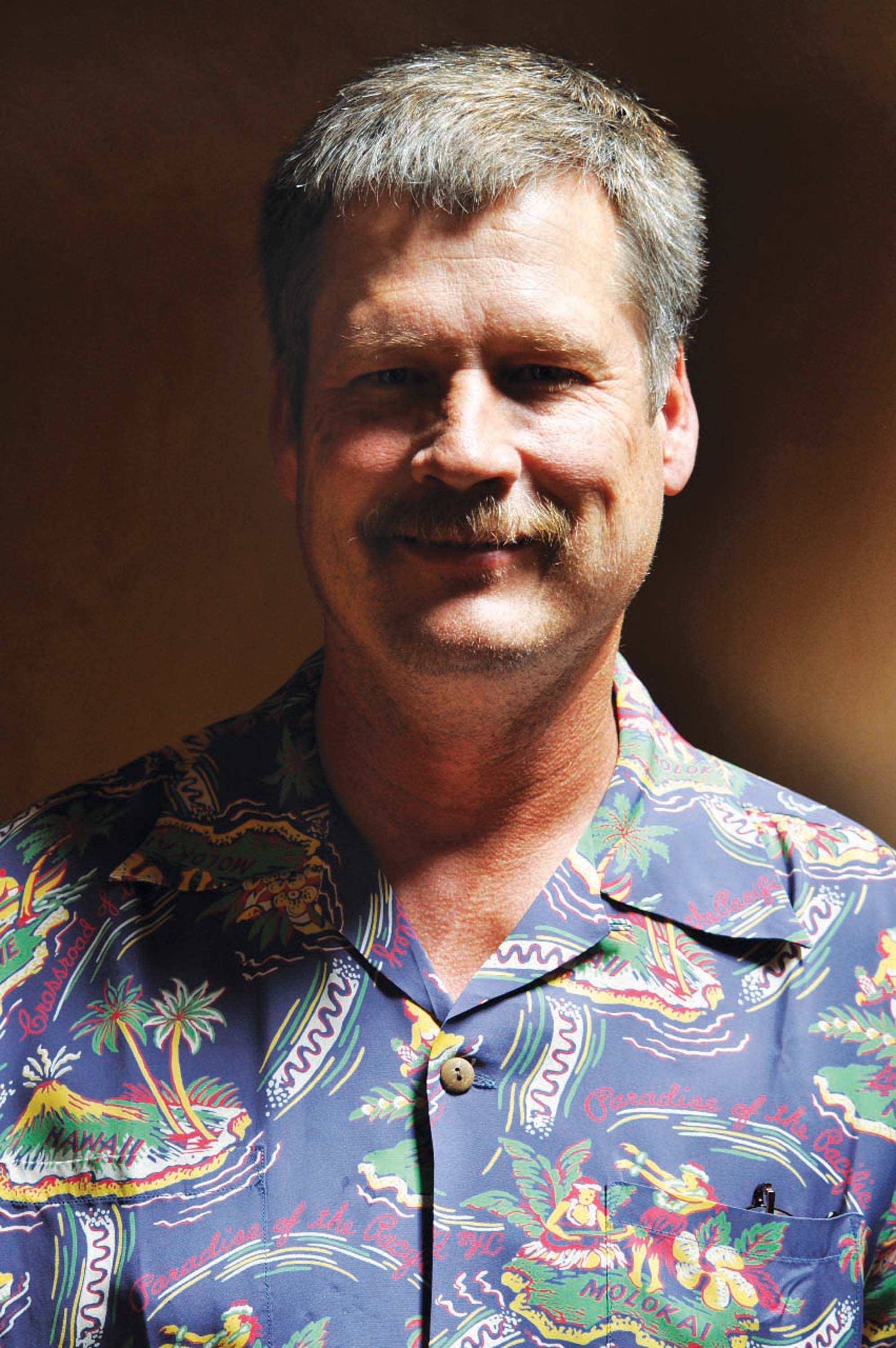 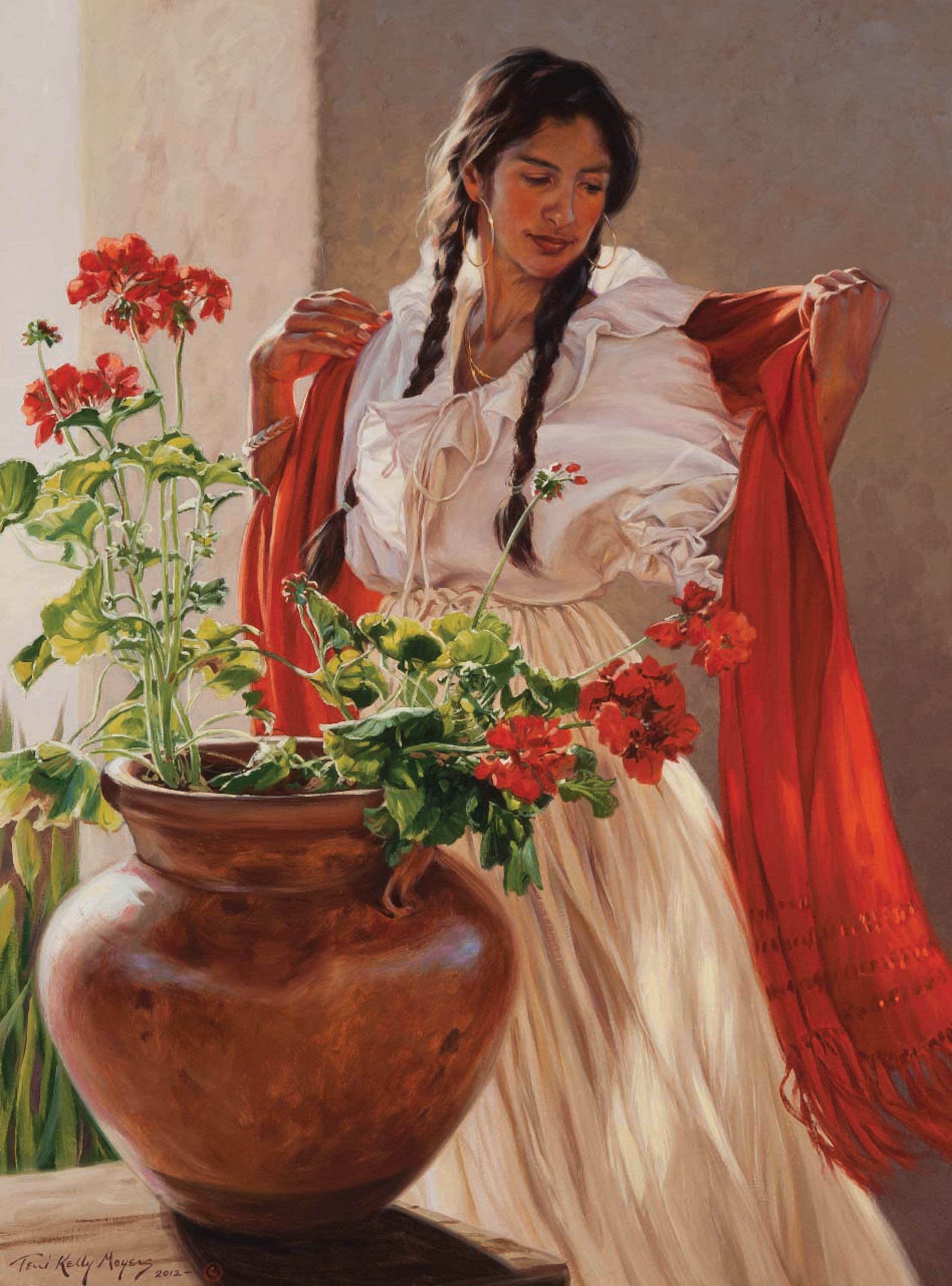 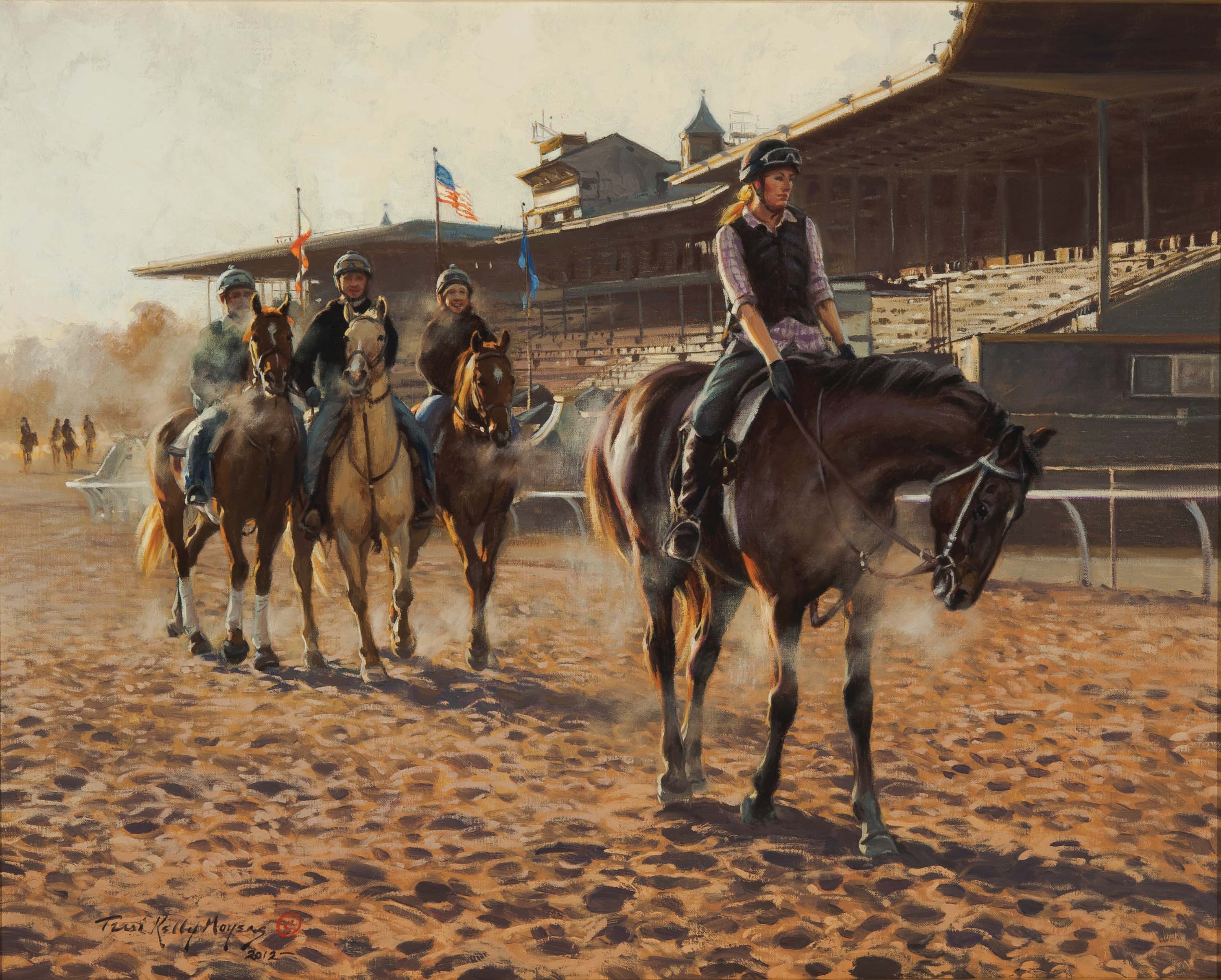 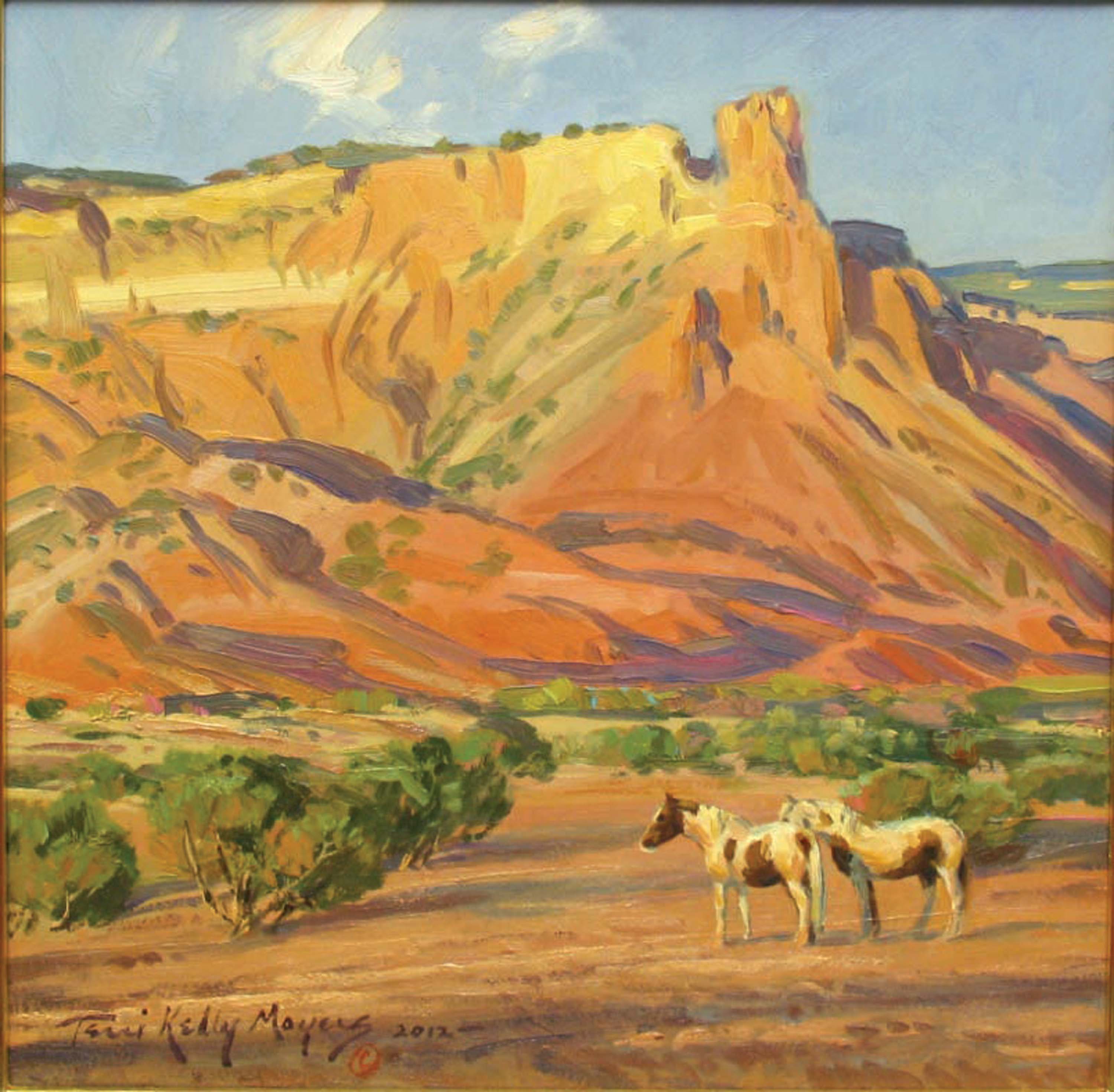 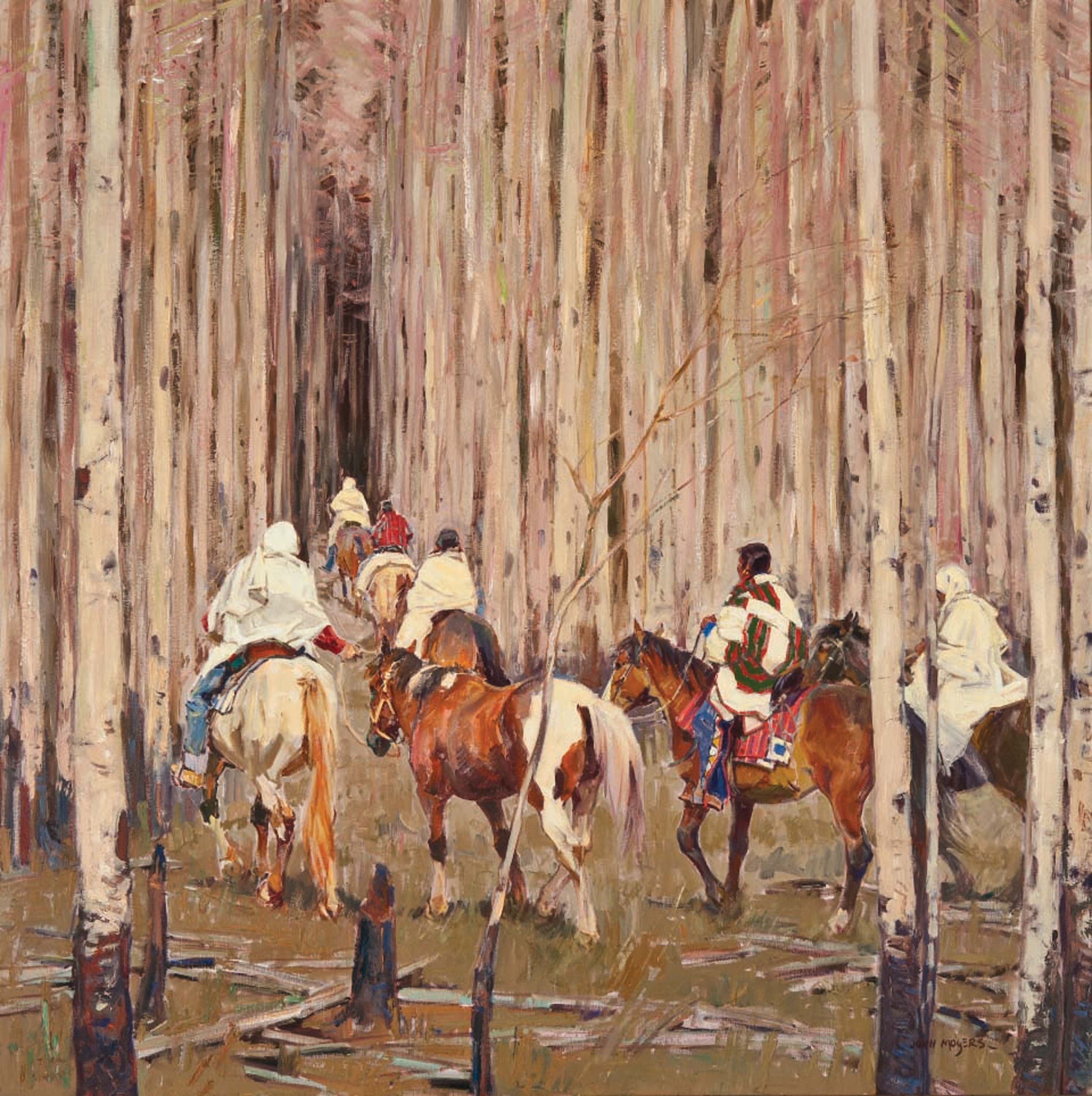