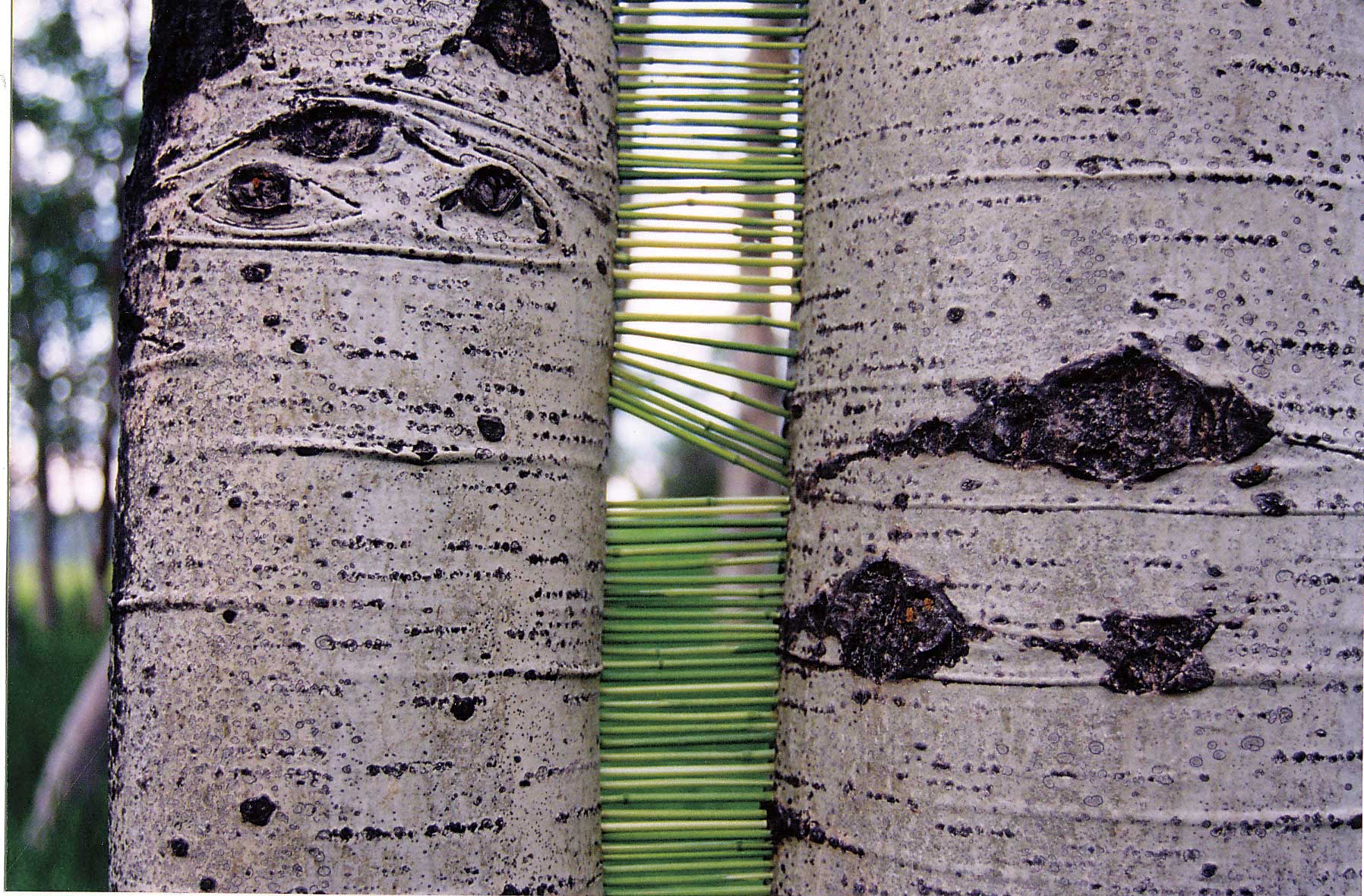 Students create vessels to explore and contemplatetheir own sense of the world. This one required only grass, aspen trunks, imagination and patience. Photo by Patricia Flores

30 May Architecture Through a Different Lens

DWELLING AT AN OLD FARMSTEAD FOR THREE MONTHS and using a converted henhouse as a design space, participants in the Artemis Institute’s “Remote Studio” are directed to erase any preconceptions they have about whatever career trajectory brought them to Paradise Valley. Instead of thinking about how they might become famous erecting skyscrapers or the next multi-million-dollar McMansion, they ascend to the higher ground of ridgelines and chart the sculptural effects of melting Pleistocene glaciers, or ponder why windswept slopes are treeless, or get in the head of a grizzly bear mother trying to usher her cubs toward safety amid a gauntlet of 20-acre ranchettes.

Ryker’s brainchild, its own novel form of total-immersion learning, has been called an intellectual Outward Bound for a brave new era of young American architects — especially those interested in leaving their mark on the West by not impairing the landscapes that are their same canvases of expression.

The seeds that it plants already have found fertile ground. “Design is not just about a pretty picture on paper. It’s how we manifest our ideas in reality and how these ideas shape and are shaped by the world around us,” says Meghan Hanson Powers of the epiphany she had as a proud Remote Studio alumnus.

Powers says the experience prepared her to think more broadly and ultimately set the stage for her involvement in a nationally celebrated project led by Carney Architects of Jackson Hole, Wyoming, and the Rocky Mountain Institute in designing the Laurance S. Rockefeller Preserve visitors’ center in Grand Teton National Park.

This humble yet innovative touchstone of ecological sustainability, form and function is helping to redefine “place-based” architecture and is an emblem of the ideas being championed by the Artemis Institute.

More than a decade old, Remote Studio was born to explore philosophical terrain that offers a sharp counterpoint to the trend of super-sized log trophy homes that started proliferating throughout the Rockies in the 1990s. Ryker believes architecture should reflect a cultural conscience and that the visionaries of tomorrow need to regard construction as more than engineering feats.

“There’s a reason why John Muir lived in the woods,” says Ryker, who for years operated an award-winning design firm in Livingston, Montana. “He wanted to be of the woods. He understood that the greatest gift he could give to nature was occupying a humble inconspicuous place in the middle of it.”

Calling oneself a “mountain,” “valley,” “river” or “prairie” person, she adds, means not lording over vistas or defying the power of nature, but organically being an extension of them, whether one is an architect, builder or inhabitant.

The Harvard-educated Ryker has ad hoc professor status at a number of universities, but she is not wagging her drafting ruler with condemnation; she’s just trying to remind people there are other ways of achieving grandeur. Every session of Remote Studio that earns participants college credit more importantly involves a group design-build project that is worth its weight in gold on a resumé.

Remote Studio requires students to live, breathe, recreate, think, write, draw and dream in a setting before they even ponder drafting a blueprint. Alum Patricia Flores says students work together on real-life projects as if they had their own firm, some of them highly visible. The experience helped her land a job with Bohlin Cywinski Jackson in Seattle.

“For me, this was the closet scenario in school to the actual profession of architecture,” Flores explains. Her design team erected a wind shelter for horses at the North Star Ranch in southern Montana. It exudes a subtle presence while performing an essential function of protecting animals from bitter cold breezes and snow that can jeopardize their survival. It is simple and yet possesses a sculptural quality.

“The importance of landscape has stuck with me,” Flores says. “We got to know the specific qualities of the ranch and building site that were special only to that area. It still applies for me today, being able to understand a place and the surroundings can only improve and make a project truly unique.”

A guru on the topic of solar power and enabling homes to be self sufficient and go off the grid, Ryker is certainly no hippie nor radical counter-culturist. She once wrote a monograph about the innovative Southern architectural firm, Mockbee Coker, founded by the late Samuel Mockbee and Coleman Coker. The pair was celebrated for the exquisite seamlessness the firm brought to the intersection of nature and human culture.

Mockbee developed the first nationally known design-build program at Auburn University and used the rural countryside as a teaching laboratory in a course called Rural Studio.

Coker serves on the Artemis Institute advisory board, as does John Carney, who designed the Rockefeller Preserve visitor center, and Kath Williams, a professor at Montana State University and a pioneer in developing standards for LEED certification. Their involvement is indicative of how some of America’s leading place-based thinkers influence Ryker’s curriculum.

Coker is both a practitioner and professor who has brought his own students northward from the University of Texas to encounter Remote Studio. “It gets students out of the Ivory Tower of academia where everything is abstract and theoretical,” he says. “The biggest benefits for students, in moving from design into building, is a sense of self reliance and self confidence.”

Two of Ryker’s watchwords are “mindfulness” and “mindlessness,” and mean being aware of surroundings and paradoxically not feeling slavishly devoted to a pre-existing vernacular that may or may not be appropriate for the setting. “Montana is a great laboratory, and I have seen it happen with my own students. It changes their attitude toward design,” Coker says.

As word of Remote Studio has spread, so, too, have others taken notice in Ryker’s home state. In 2009, she was honored with a Montana Arts Council Artists Innovation Award for promoting education that encourages students to see architecture through different lenses — those of engineer, artist, conservationist, historian and philosopher.

“When we only look at the world around us objectively, we risk becoming confused and getting lost, forgetting not only our responsibility but our impact,” Ryker says. “Doing right by a setting requires reflection and contemplation and, yes, subjectivity. Knowing where you are and why you are there is critical if you want to make art. Going deeper with your thought process allows architecture to become poetry.”

These concepts shine at Pine Creek Pavilion, a simple and yet intriguing edifice located on the edge of federal wilderness in a Gallatin National Forest campground. This Remote Studio creation, inspired in part by the spirit of the New Deal Civilian Conservation Corps of the 1930s and 1940s, has become a point of pilgrimage for architecture students and professors. Why? Because, with the U.S. Forest Service as a partner, it puts a new face on the meaning of rustic design and resource sustainability with wide application, potentially, across the West.

“Students today are very conscientious,” Ryker says. “They know we are living at a critical time in figuring out how we humans can live more compatibly with the environments that inspire us. They understand issues of sustainability and that their generation has to live differently than their parents’ did.”

Pine Creek Pavilion was built for an amazingly low cost of $40,000 that featured 10 students working five weeks straight. Raw materials for the project came from timber that was milled on site from dead trees, a rammed-earthen wall created from soil gathered in the floodplain of the Yellowstone River and steel beams that came from 60-percent post-consumer recycled material. Eventually, when the structure is no longer habitable, the metal will find another life again.

Indeed, all of the Remote Studio projects have been both varied and stimulating.Students have erected a shelter for cross-country skiers at Bohart Ranch outside Bozeman, a livestock wind shed at the B-Bar Ranch just north of Yellowstone National Park, and completed a commission let out by the city of Livingston, Montana, to create a non-permanent organic wall of willow branches along the Yellowstone River that has become a popular point for meditation and reflection.

Last summer, Sten Witmer, a student at Montana State University, joined a group of Remote Studio colleagues in helping to build a structure for an innovative outdoor education program in New Mexico. Their design was a pre-fabricated, modular shelter that is adaptable to different kinds of uses.

“One of the topics discussed that I found most intriguing was the notion of a ‘universal continuum,’ an unidentifiable realm which guides and connects all ‘wild’ things, including intuition,” he says. “This explains universal tastes for excellence, like Mozart’s compositions, Frank Lloyd Wright’s buildings, or the undisputed beauty in a sunset.”

He adds, “I have learned not to force the design process, rather, to let it emerge, with a greater trust in personal intuition.”

“The current ‘green’ building trend has at its core a new way of thinking,” says Powers, who believes that the ideas of transcendentalism pioneered by Henry David Thoreau and Ralph Waldo Emerson — transporting viewers of nature to a different point of consciousness — spring from Remote Studio projects just as they do at the Rockefeller Preserve visitor center that serves as a conduit between civilization and the wilderness.

Powers, who spearheads projects today with Natural Dwellings Architecture in Idaho, points to a quote featured in the Rockefeller visitor center from the late eco-philanthropist Laurance Rockefeller, whose family played an integral role in creating Grand Teton Park: “How we treat our land, how we build upon it, how we act toward our air and water,” he said, “will in the long run tell what kind of people we really are.”

Ryker hopes the Artemis Institute will remain a portal, too, for giving students a different perception of what is possible. “How we belong to the world around us matters,” Ryker says. “There is no better substitute than experiencing it firsthand.”

To learn more about Remote Studio and Artemis Institute, go to: www.artemisinstitute.org.

The Yellowstone River Reflection Point near Livingston, Montana, is constructed of hand-harvested and woven willow and dogwood, set in a steel frame. Photo by Ian Burgess 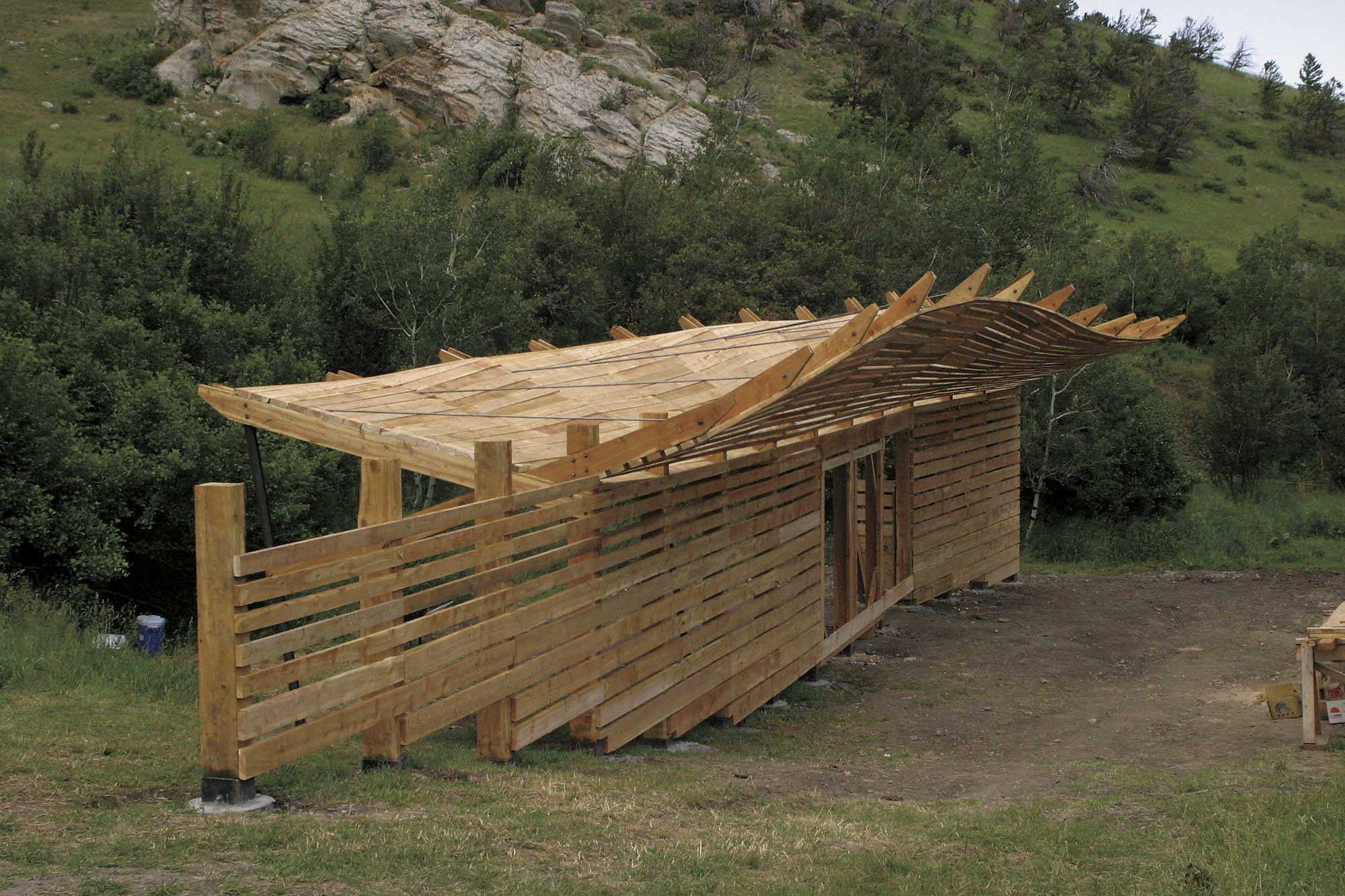 In 2003 the group built this horse shelter at the North Star Ranch. 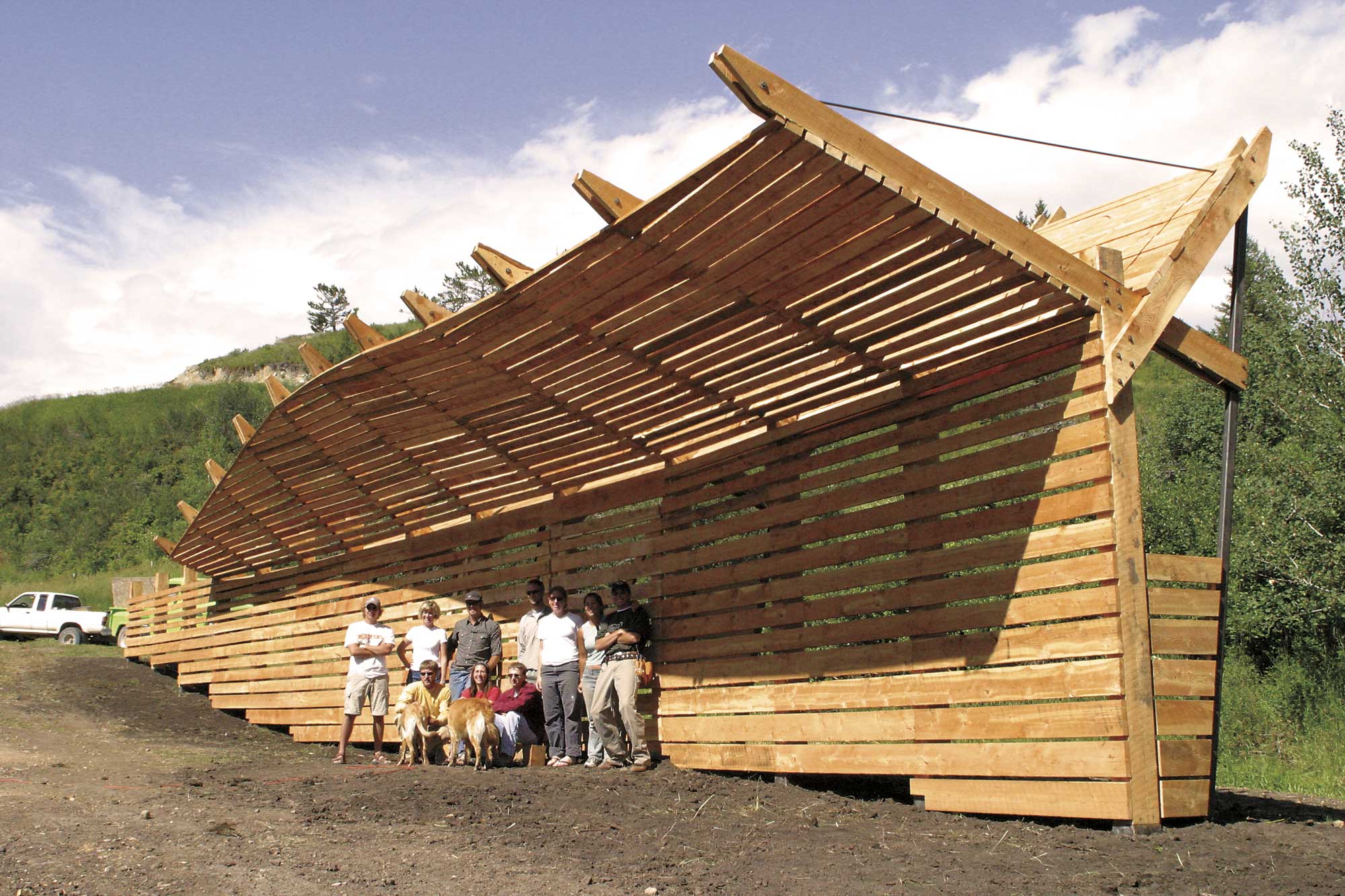 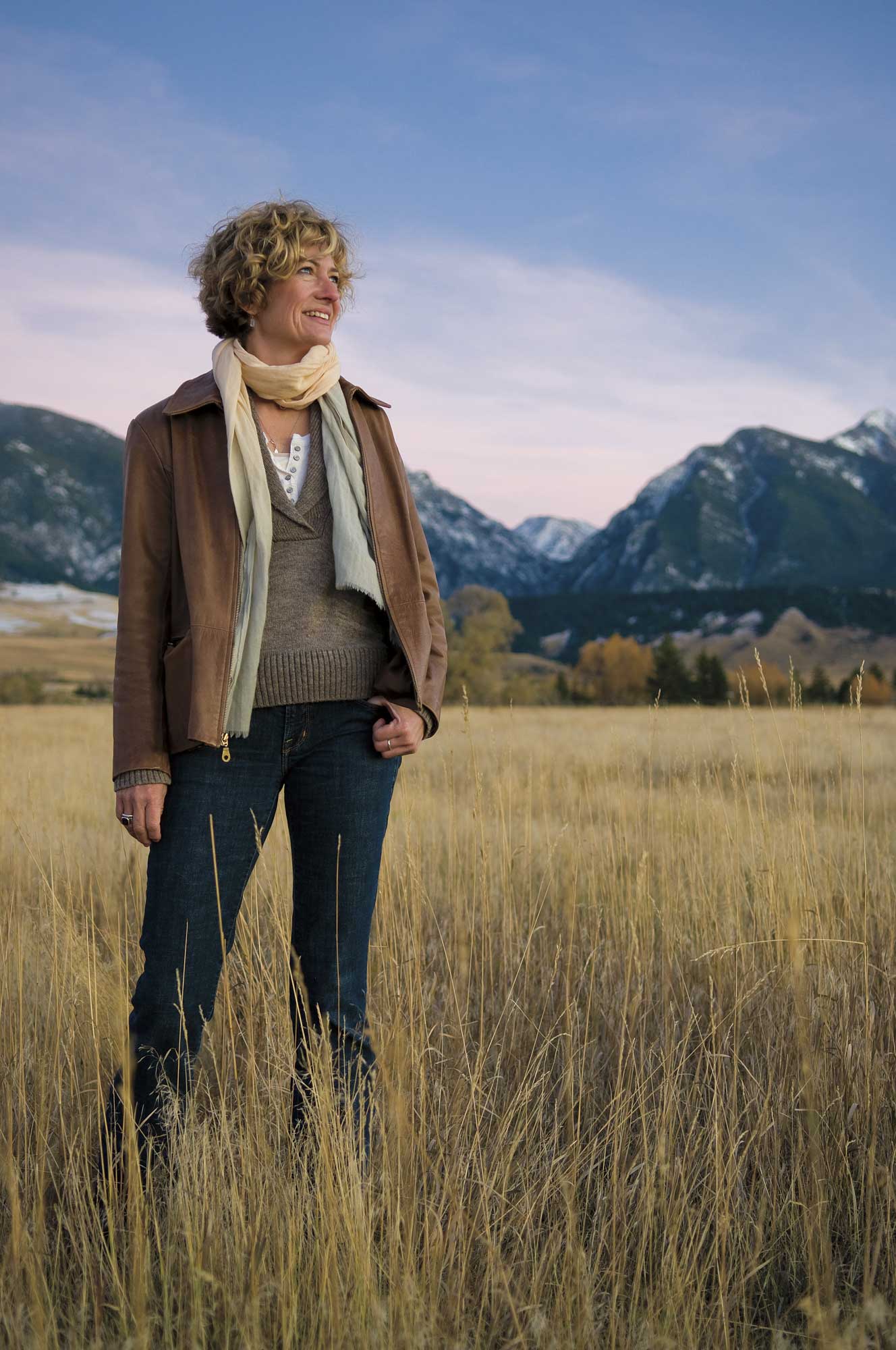 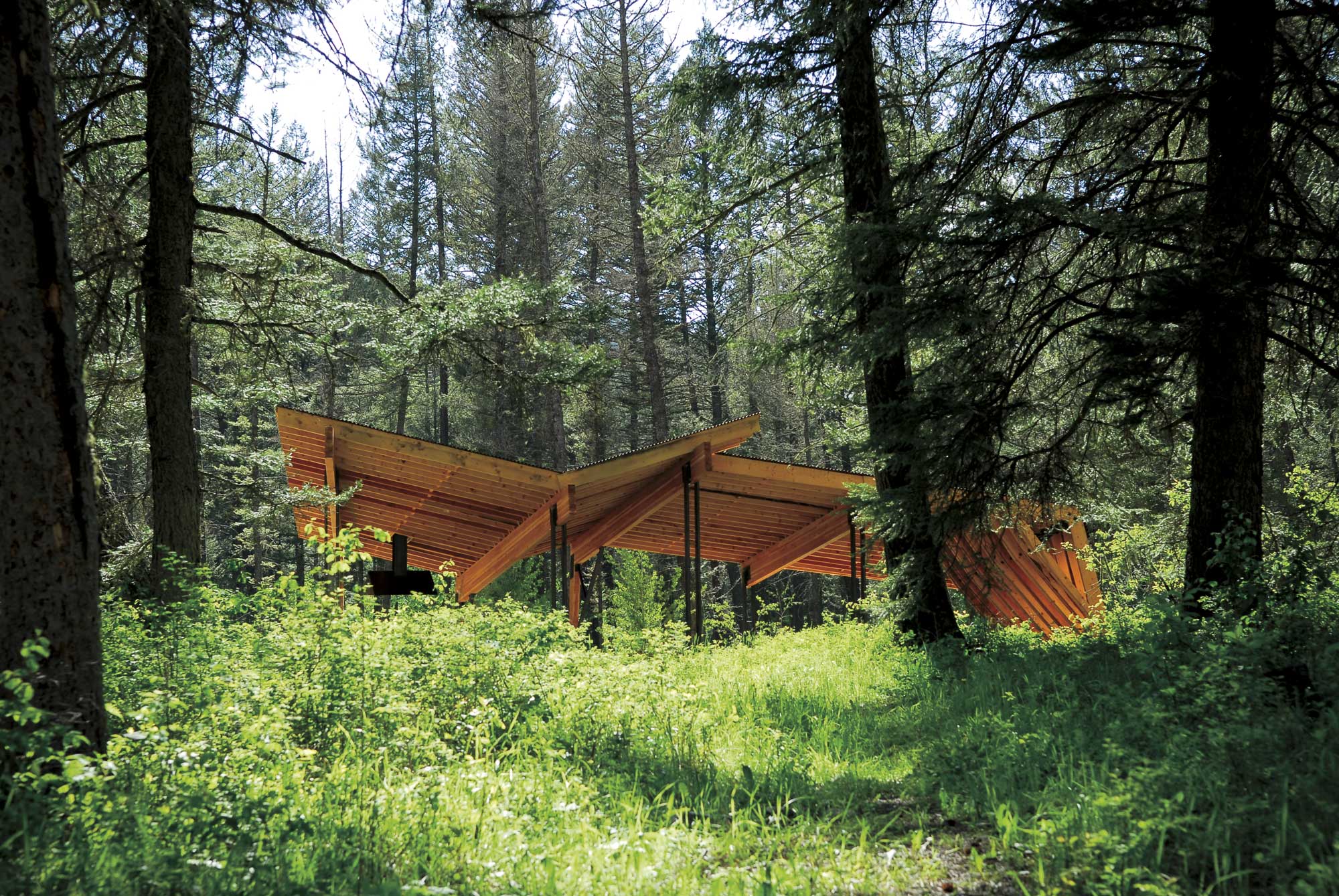 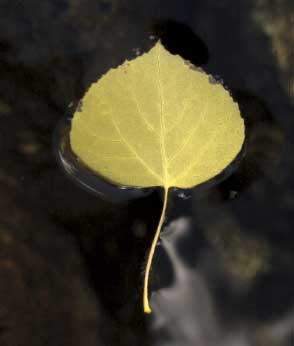 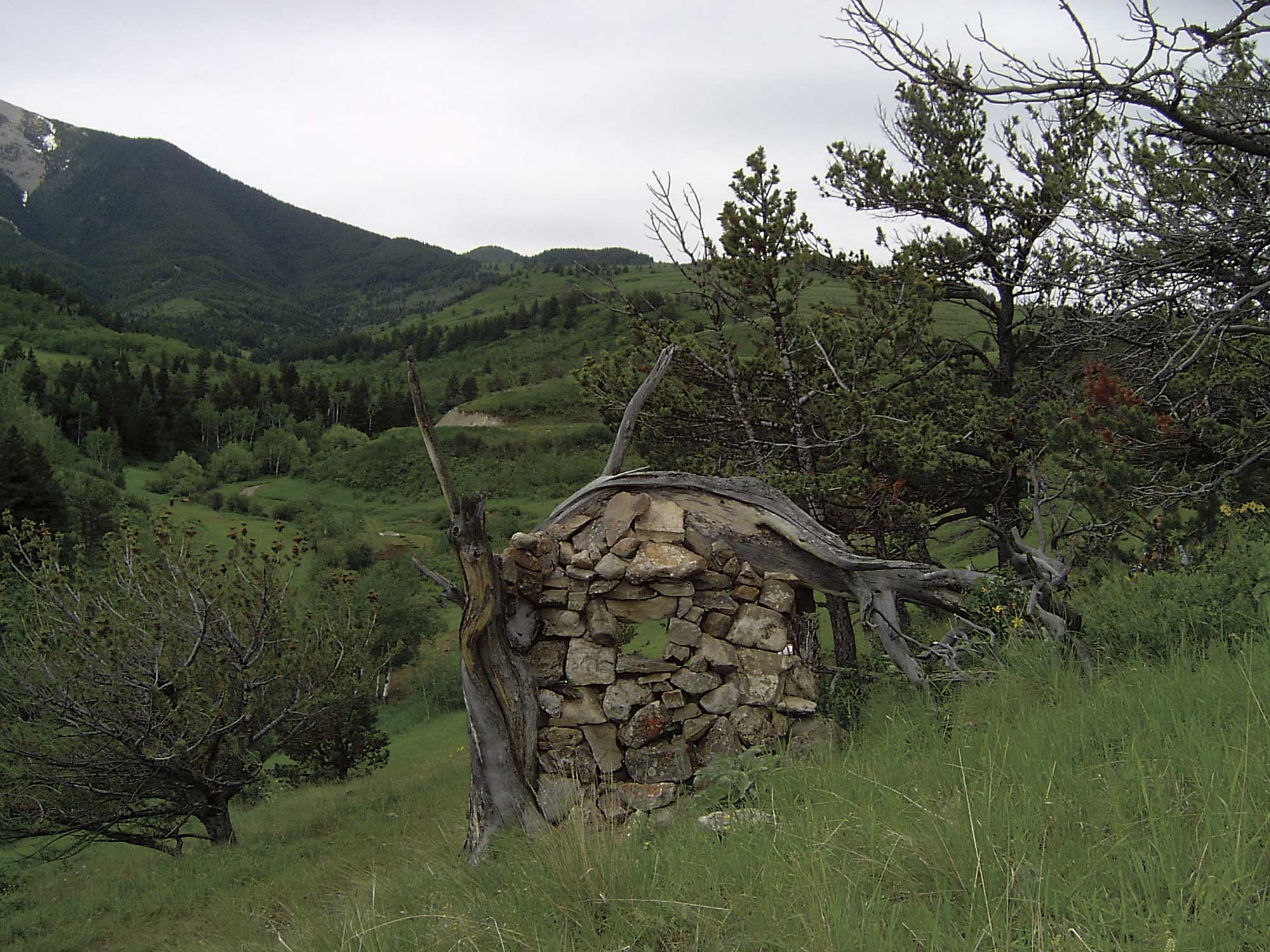 This wood and stone vessel was built by Joe Roodell. Photo by Lori Ryker 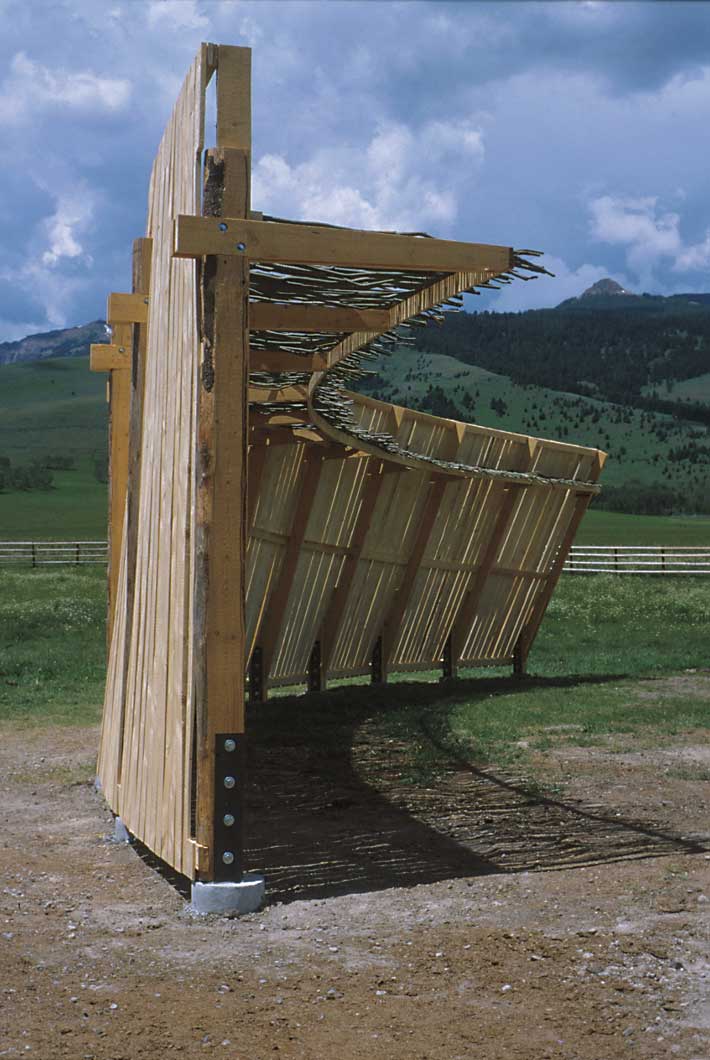 In 2001, Remote Studio students built this wind shelter for horses at the B-Bar Ranch, north of Yellowstone National Park. Photo by Lori Ryker 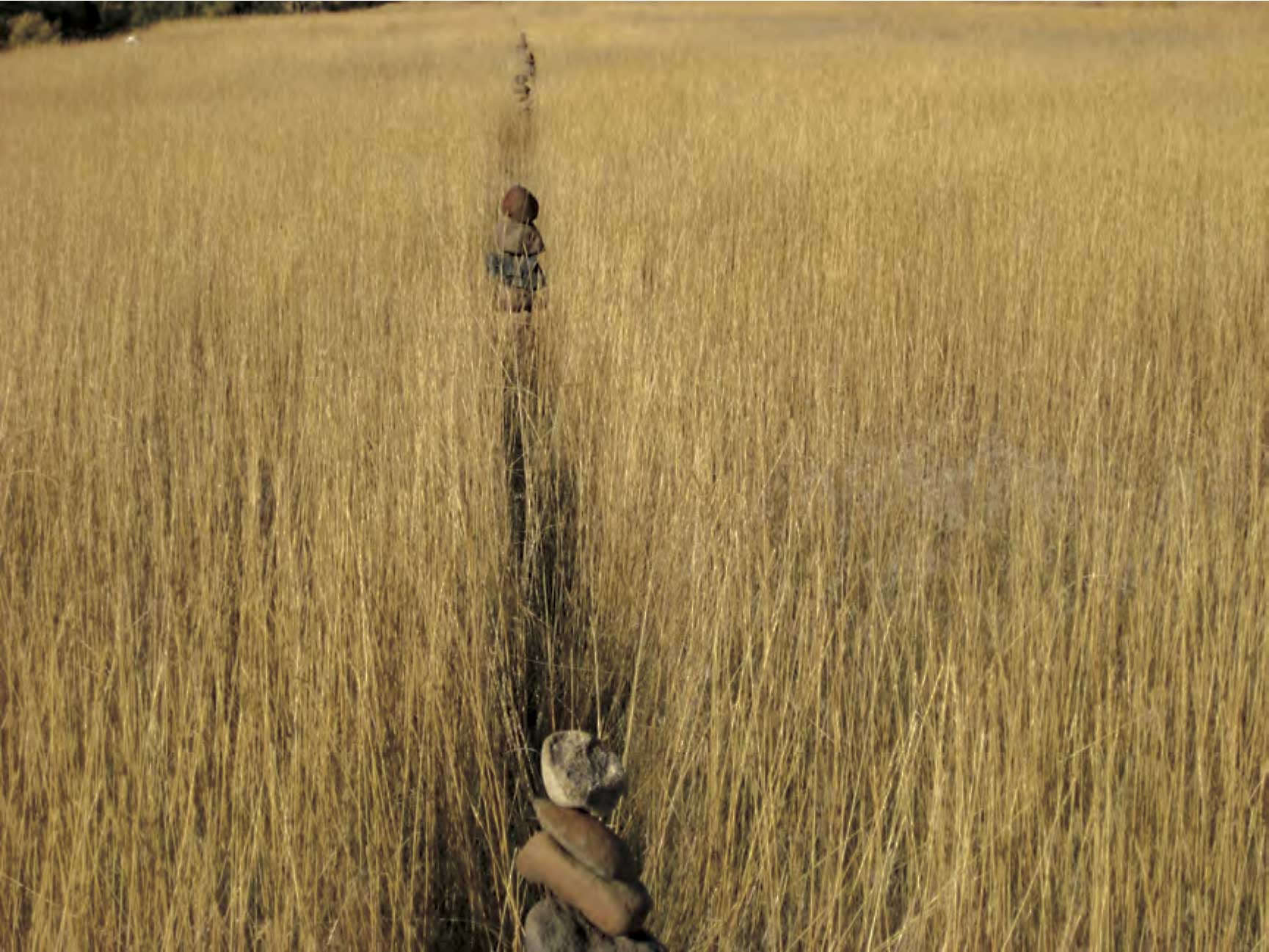