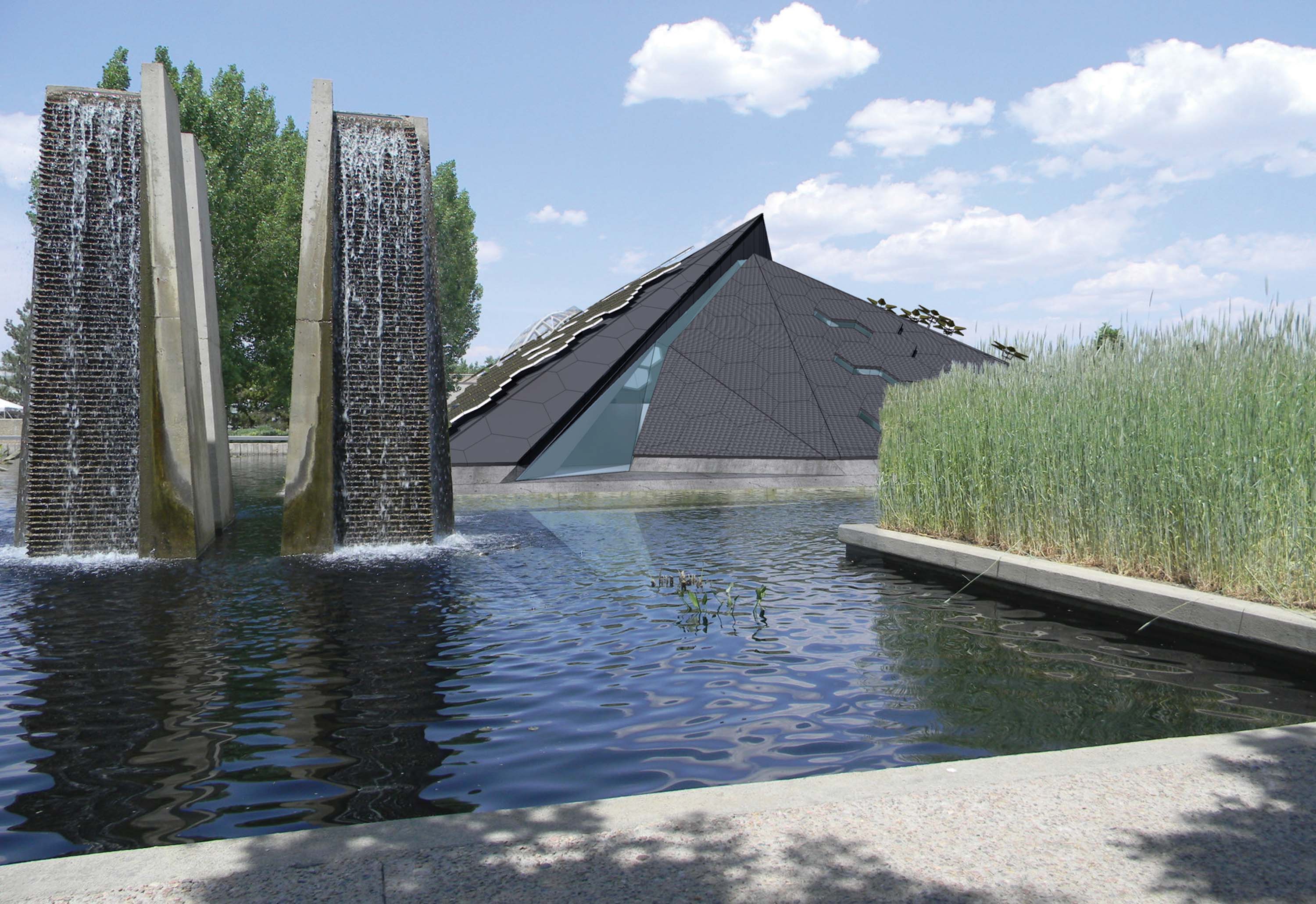 RISING SKYWARD NEAR TWIN WATER TOWER fountains on the lush grounds of the Denver Botanic Gardens, a sleek, black pyramid glitters in the sunlight, housing an interactive exhibit that promises to both educate and entertain visitors. The Science Pyramid is the latest addition to the 24-acre complex that houses one of the top botanical gardens in the United States, with living collections encompassing specimens from around the world.

“In the brainstorming sessions that led to our master development plan, two ideas converged to spark the Science Pyramid,” says the gardens’ CEO Brian Vogt. “One was highlighting the science and conservation role of the gardens, and the other was continuing to build four-season interest in the gardens.”

For decades the most familiar structure at the gardens, which was founded in 1951, was the Boettcher Memorial Conservatory — an enormous, perpetually steamy glass greenhouse housing thousands of exotic plants from the tropical and subtropical regions of the world. In recent years the gardens added a new parking structure and children’s garden, created a new visitors’ center and modernized existing buildings.

The Denver architectural firm of Burkett Design was charged with designing the pyramid, led by project manager and principal Barton Harris, lead designer N. Ben Niamthet and project architect Reiko Ishiwata. “Our goal was to create a structure that would complement the glass conservatory without competing with it,” says Niamthet. “The design process began with the site. We aligned the pyramid with the entrance, the paths, the conservatory, the concave amphitheater and the convex Anna’s Overlook, in a size and volume appropriate for the space.”

In addition to the building’s pyramid shape, one of the design concepts the gardens specified was the utilization of biomimicry — imagery and design inspired by nature. Using that concept, the Burkett Design team put its own spin on the traditional pyramid shape, twisting its core and segmenting the exterior. “We believe that nature is the best teacher,” says Niamthet. “We envisioned the pyramid like a seed splitting open, or like the ground being broken by shifting tectonic plates.”

Christopher O’Hara, founding principal of Boulder, Colorado-based Studio NYL, oversaw the structural engineering of the project — no small feat given the structure’s unusual shape and the building site’s limited access. The 5,500-square-foot structure’s exterior is covered in 4-foot-wide, hexagon – shaped panels of Swiss Pearl composite that resemble honeycombs. The center spine is fitted with electro-chromic glass, which can be adjusted — depending on the exterior sunlight and interior lighting needs — to transform from transparent to 95 percent shaded.

Second Story of Portland, Oregon, part of SapientNitro, produced the science-based exhibits, which explore the Rocky Mountain region’s high steppe — a geographic ecoregion characterized by grassland plains without trees. Interactive media and technology showcase and illustrate the common humanities and geographic similarities in steppe regions around the world, including the American West, Central Asia, Patagonia and South Africa. “We worked in close collaboration with the gardens’ scientific and curatorial staff to create a visitor-focused experience,” says Daniel Meyers, Second Story’s creative director.

The gardens staff hopes the new pyramid will help facilitate ‘citizen science,’ creating a meaningful exchange between amateur botanists and gardeners and professional scientists. “The Denver Botanic Gardens is more than a beautiful place, and we hope the new Science Pyramid will highlight the important scientific work done there and bring a greater awareness to the plant-based world around us,” Meyers says. 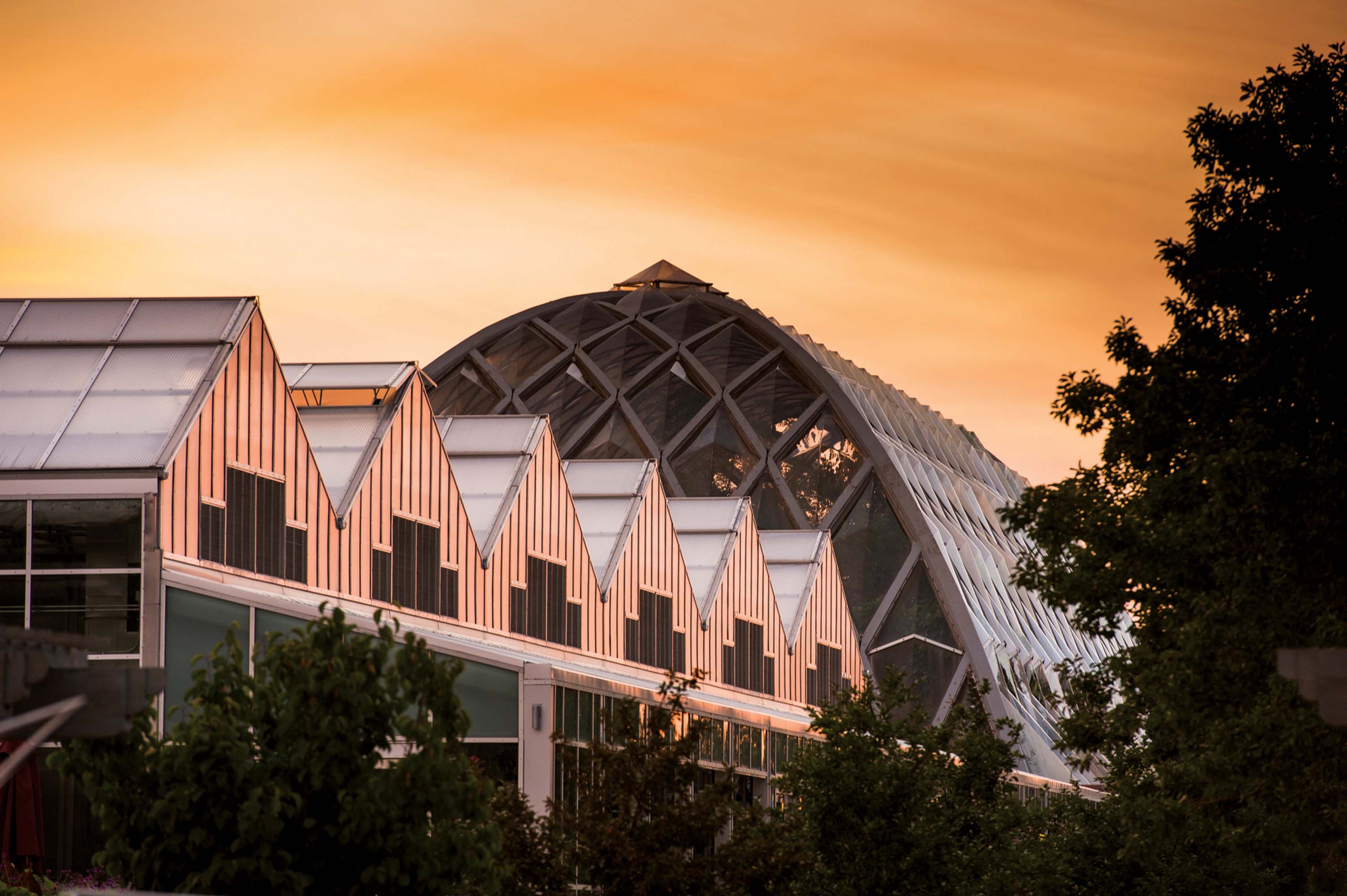 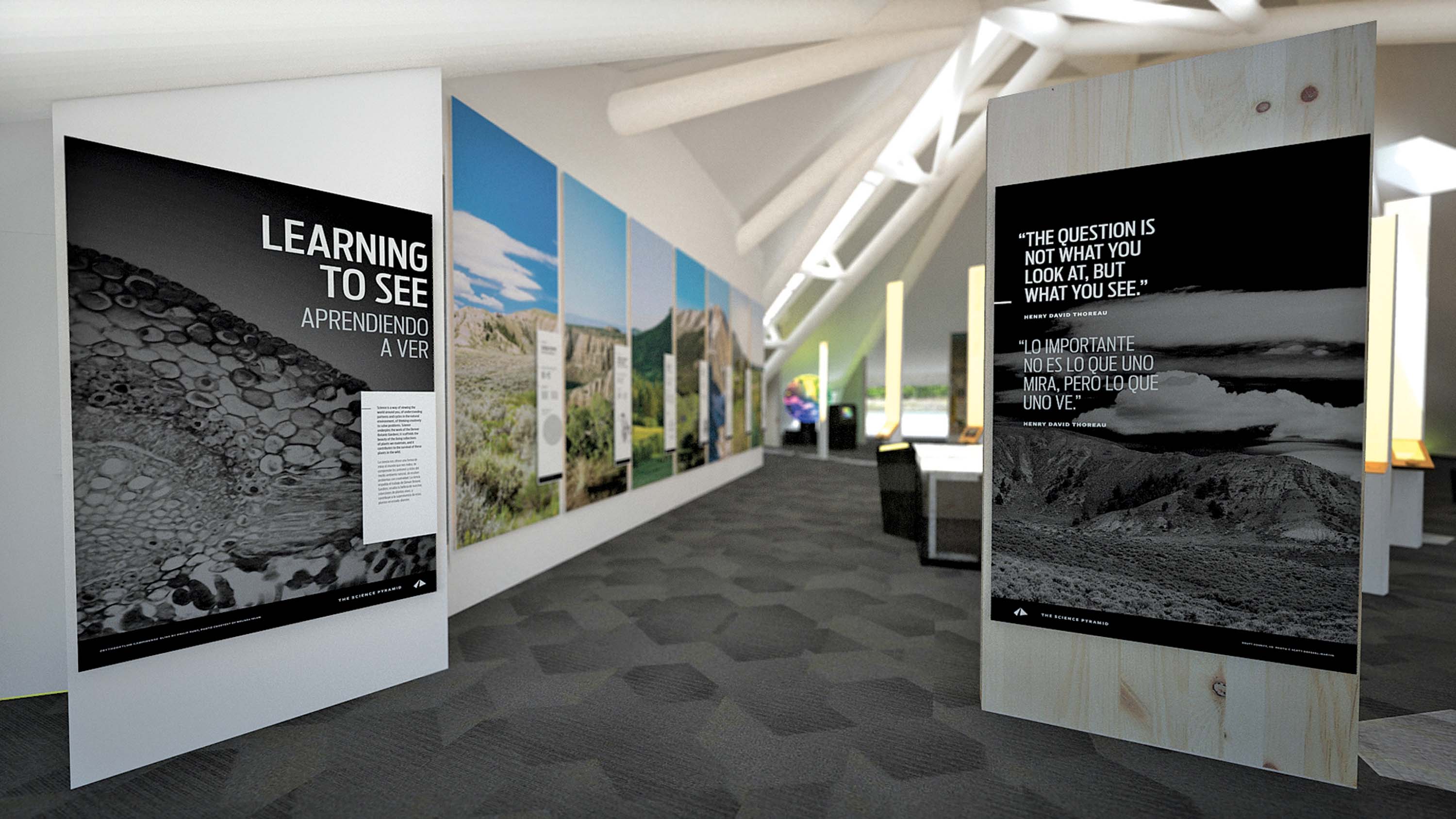 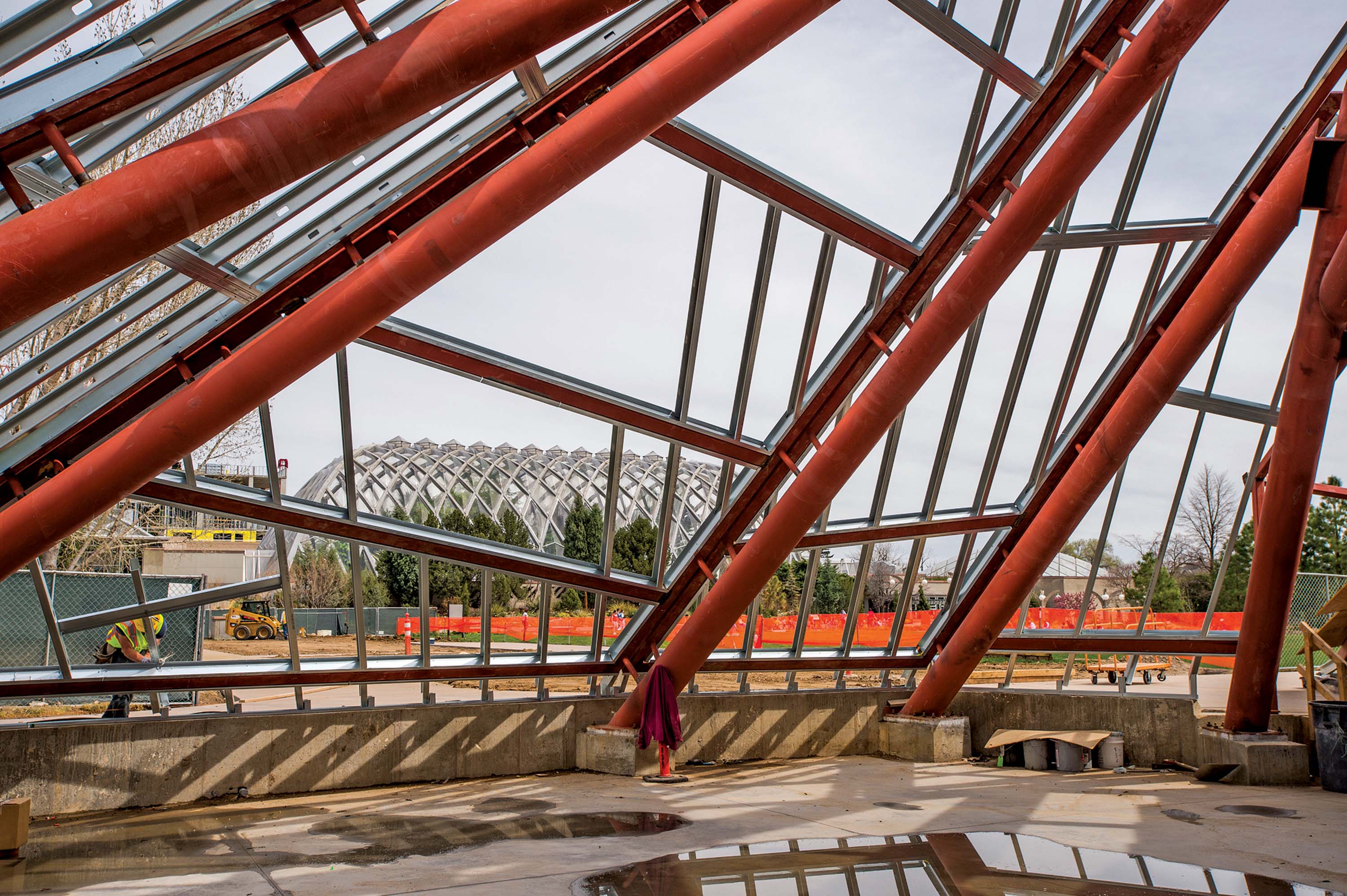 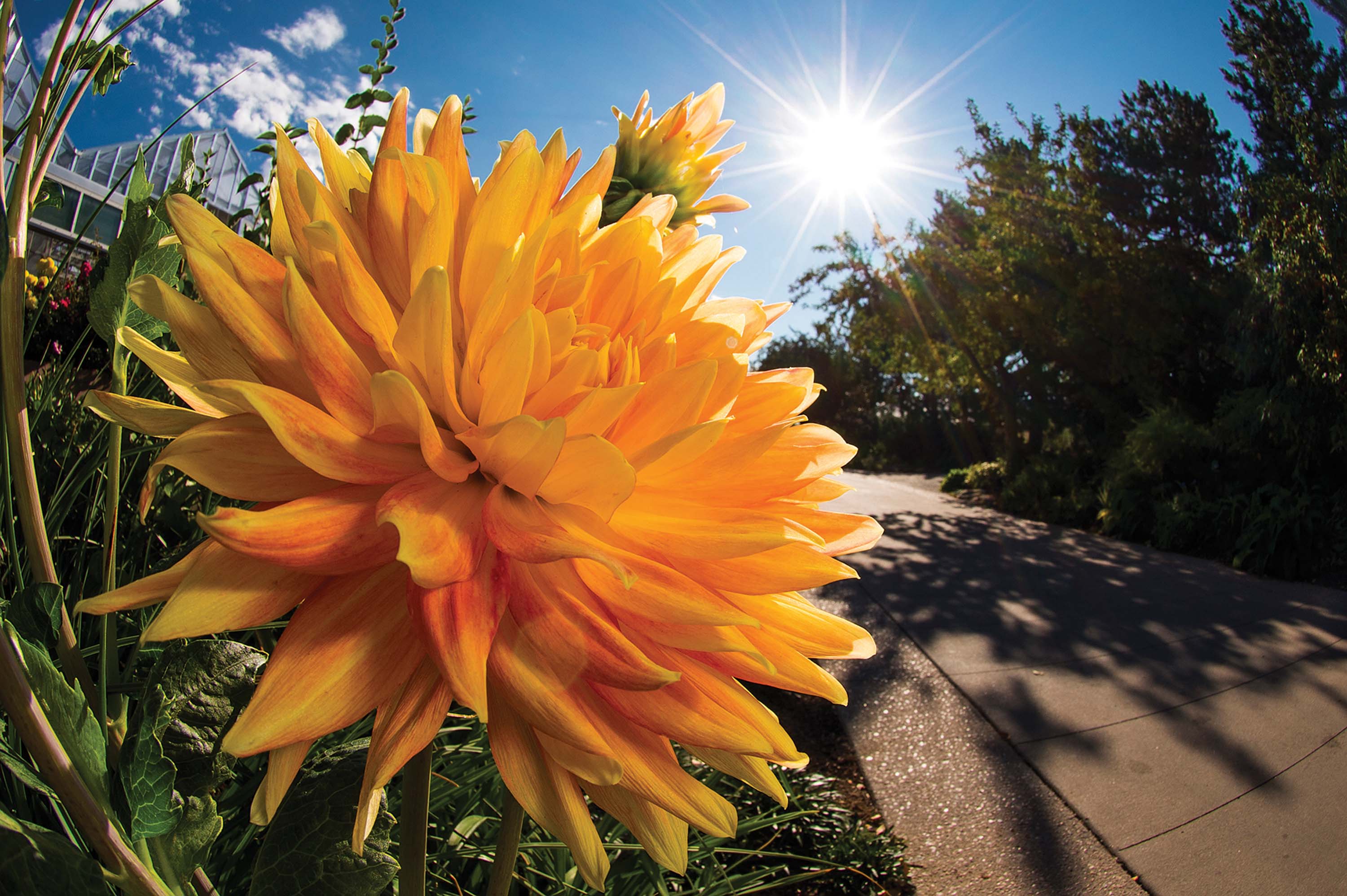 The gardens showcase a diverse collection of plant specimens, including many native and adapted varieties that thrive in Western gardens.