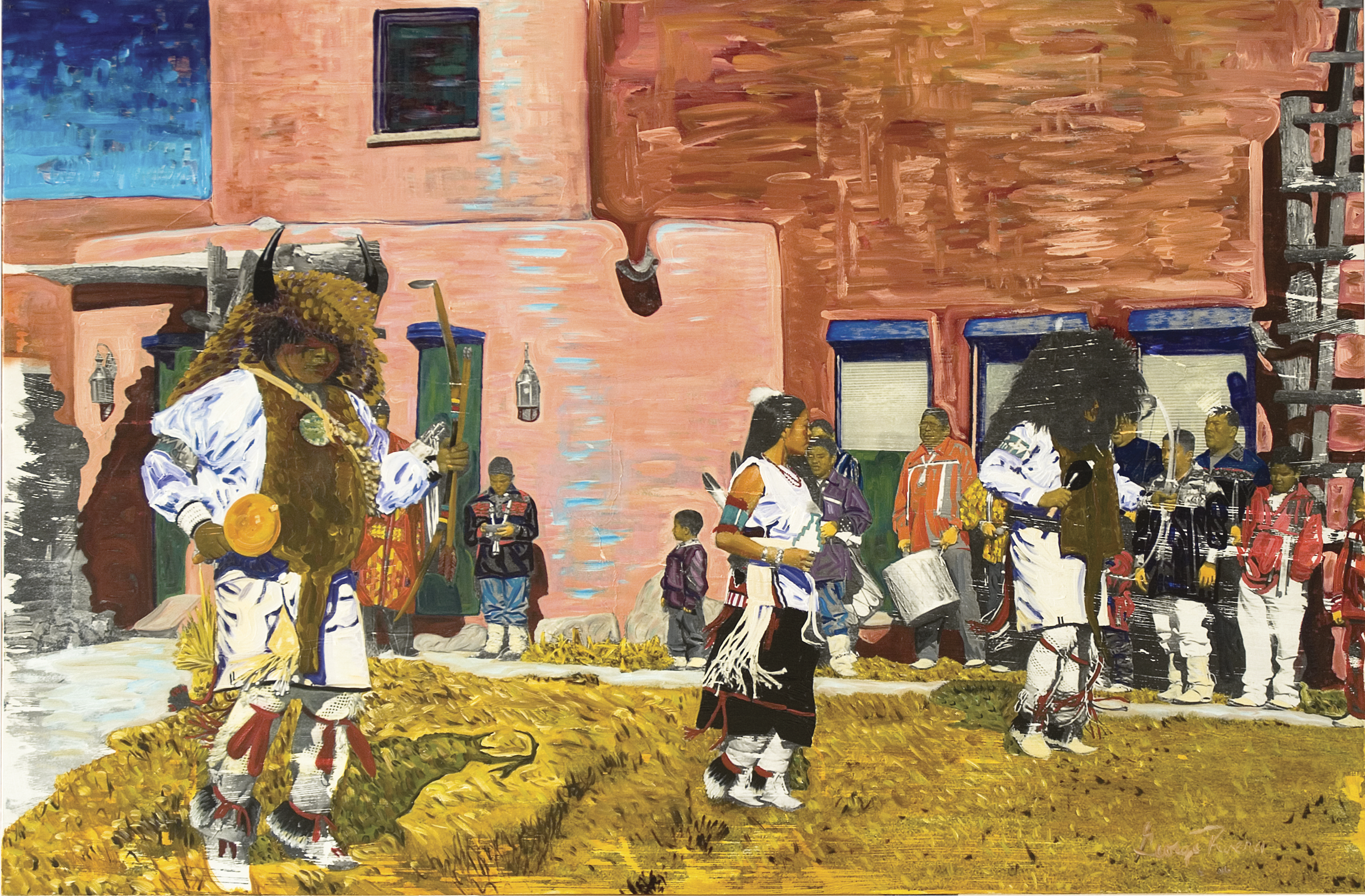 IT'S LITTLE WONDER THAT MOST OF GEORGE RIVERA'S ARTWORK captures so much movement that you can almost feel the subject of the sculpture or painting coming right at you. Rivera himself is a man constantly on the move.

I’m not talking about the three marathons — San Diego, San Francisco and Boston — he ran in the past year. “I was doing a lot of running and not a lot of sculpting,” he says, adding that he plans on limiting himself to one marathon, Boston, next year. Rivera, 46, is more than an artist. He is an art teacher, arts patron and for the past 18 years has served the people of Pojoaque Pueblo, first as lieutenant governor before succeeding the late Jacob Viarrial as governor in 2004.

“It’s not just creating art,” Rivera says in his office at Buffalo Thunder Resort and Casino, the pueblo’s $250 million resort a few minutes north of Santa Fe, New Mexico, that houses a huge collection of Indian artwork, including three of Rivera’s mammoth bronze sculptures, Buffalo Dancer,  Deer Dancer and Butterfly Dancer. “It’s about the ultimate challenge, and that is impacting and changing people’s lives with art and civic projects.”

Since 1993, the pueblo has helped do that at the Poeh Center — Rivera’s first civic project — which supports and promotes the art and cultures of not just Pojoaque, but the seven other Tewa- and Tiwa-speaking pueblos of northern New Mexico, and other tribes as well.

It began when Rivera discovered a 12-inch, three-dimensional piece of art by a Navajo artist named Ryan Benally, and suggested that Benally turn that piece into a life-size sculpture. Benally’s now creating a commissioned piece out of Italian marble at the Poeh Center for Buffalo Thunder.

“He makes you want to outdo yourself,” Benally says of Rivera.

No surprise there. Rivera is constantly challenging himself. His 12-foot bronze, Buffalo Dancer II, was installed in front of the Smithsonian National Museum of the American Indian in Washington, D.C., in 2009, and in August of 2010 was accepted into the museum’s permanent collection. A 12-ton sculpture of a buffalo, carved from Virginia soapstone, is permanently displayed at the Pojoaque Pueblo. His favorite sculpture so far, the 12-foot bronze Deer Dancer, greets guests as they enter the Buffalo Thunder’s hotel lobby.

Most of Rivera’s works start as smaller maquettes, which he then expands into life-size or larger-than-life mammoth sculptures. He usually focuses on capturing tribal dances, and he’ll spend months to decades working on a piece at his 2,500-square-foot studio on a ridge that overlooks Pojoaque.

“It’s everything to me,” Rivera says of art. “It’s like family. I work it and nurture it. I don’t think I would be a very happy person without being able to do my work.”

Rivera sketches every day — he’s sketching figures on a notepad as we talk, while his cell phone continuously beeps with messages — and sculpts two to four days a week. He’s always thinking visually, thinking artistically, even when he’s sitting in meetings as pueblo governor. He not only works in stone and clay, but he paints, predominantly abstract oils, and also works in ceramics. Rivera even puts his hand into architecture, having helped design the Buffalo Thunder Resort. Naturally, the resort has a feeling of constant movement.

He has, of course, too many other projects to allow that to happen. Being an artist, and having that artistic mindset, however, helps him when he’s doing business for the pueblo.

“Being governor is definitely a challenge every day,” he says, “especially with political, economic and social issues. We’re trying to stay ahead of the game and be working on things that will benefit the pueblo in the long run.

“I think creatively, and in the business world that’s a huge benefit. To me, business and the governorship are like going into the studio every day. You go in there with the idea that you’re going to be creative, and you’re going to create something beautiful that you’ll be passionate about.”

“I’ve done some teaching in the classroom,” he says, “but every day I bring in people to teach them the way of life, what’s important to hold onto, the importance of culture.”

Rivera fell in love with clay when he took an art class as a high-school elective. He attended the Institute of American Indian Arts in Santa Fe (then a two-year school) and afterward went to the California College of Arts and Crafts (now the California College of Arts) in Oakland, California. He spent his first senior semester in the south of France, studying sculpture and drawing at the Lacoste School of Arts. That began a three-year stay in France, including an apprenticeship under a Japanese master sculptor. His European stay definitely influenced his work.

“He’s so accomplished in working in so many different kinds of materials, especially when it comes to stone,” says Glenn Green, owner of Glenn Green Galleries in nearby Tesuque, which has carried Rivera’s work for two years. “Very few artists can actually sculpt stone. A lot of artists say they do, but they really are just decorating the stone, not dealing with a form and taking the time to really learn to sculpt. George has done that. Same with bronze. He has a lot of training, a lot of schooling and a lot of dedication to the work, and definitely natural ability.”

“I’m not a traditional (Indian) artist,” he says. “I don’t — although I have — dig my own clay out of the ground. It’s a different process. I’m basically focused on capturing traditional dances, traditional concepts, and interpreting them the way I want them to be done in a new way.”

His goal, of course, is not personal. He wants to turn Pojoaque into “a gathering place for the art.” To that end, Buffalo Thunder houses some 300 works from various Indian artists, works by masters such as Santa Clara potter Jody Naranjo and descendants of the late San Ildefonso potter Maria Martinez and newcomers such as Benally and Rivera’s daughter, PoQueen. He has been quite pleased with success of the Poeh Center.

That civic work ethic was something he learned in Europe, too.

“I love reading about Renaissance masters like Michelangelo and da Vinci,” Rivera says. “I love looking at their individual creations, but you know something? They ended up doing civic work, too.”

Based in Santa Fe, New Mexico, frequent art writer Johnny D. Boggs is also an award-winning Western novelist. His latest novel is The Killing Shot (Pinnacle), and short stories can be found in the recent anthologies Roundup! (La Frontera), Ghost Towns (Pinnacle) and The Law of the Gun (Pinnacle). His Web site is www.johnnydboggs.com. 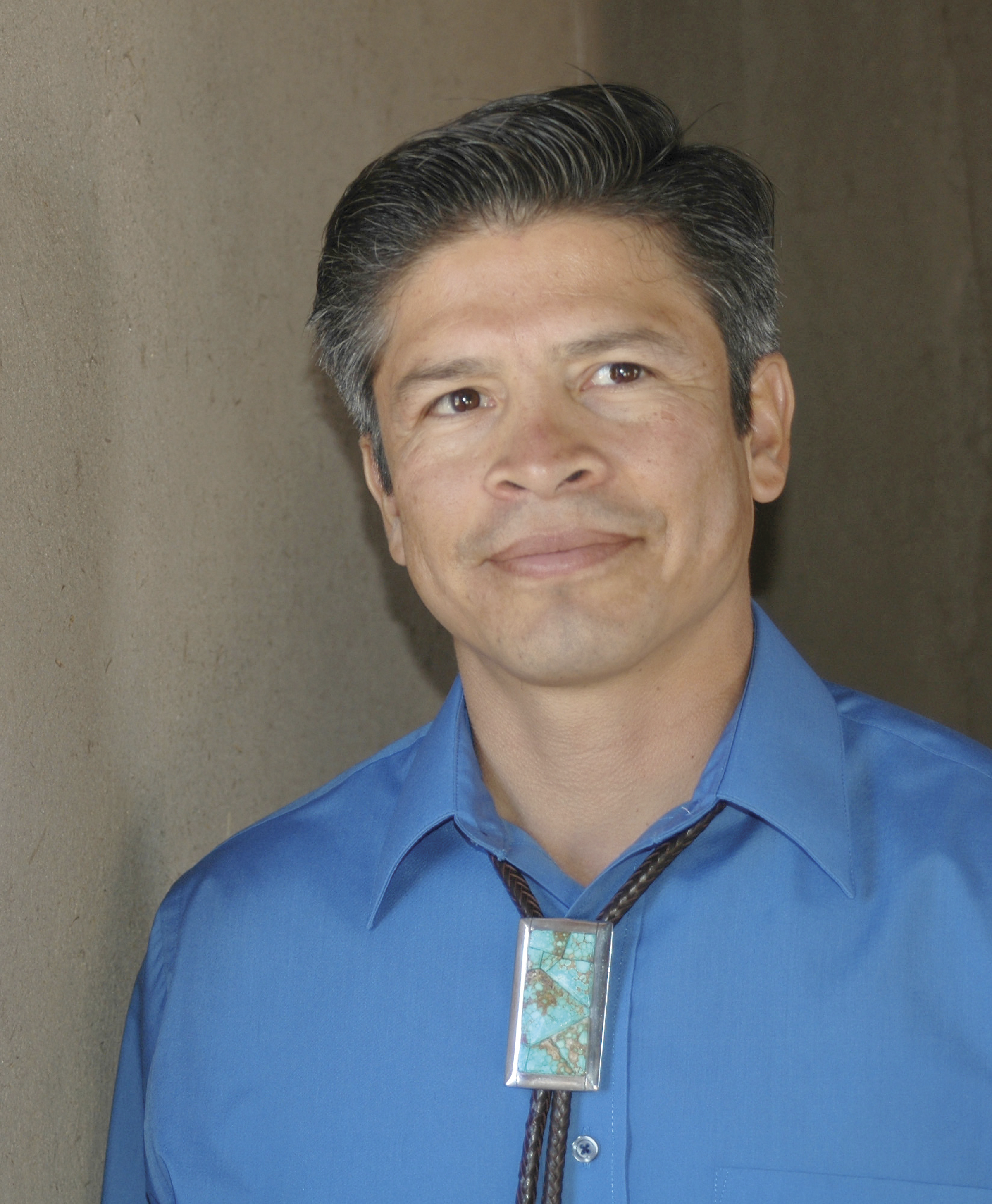 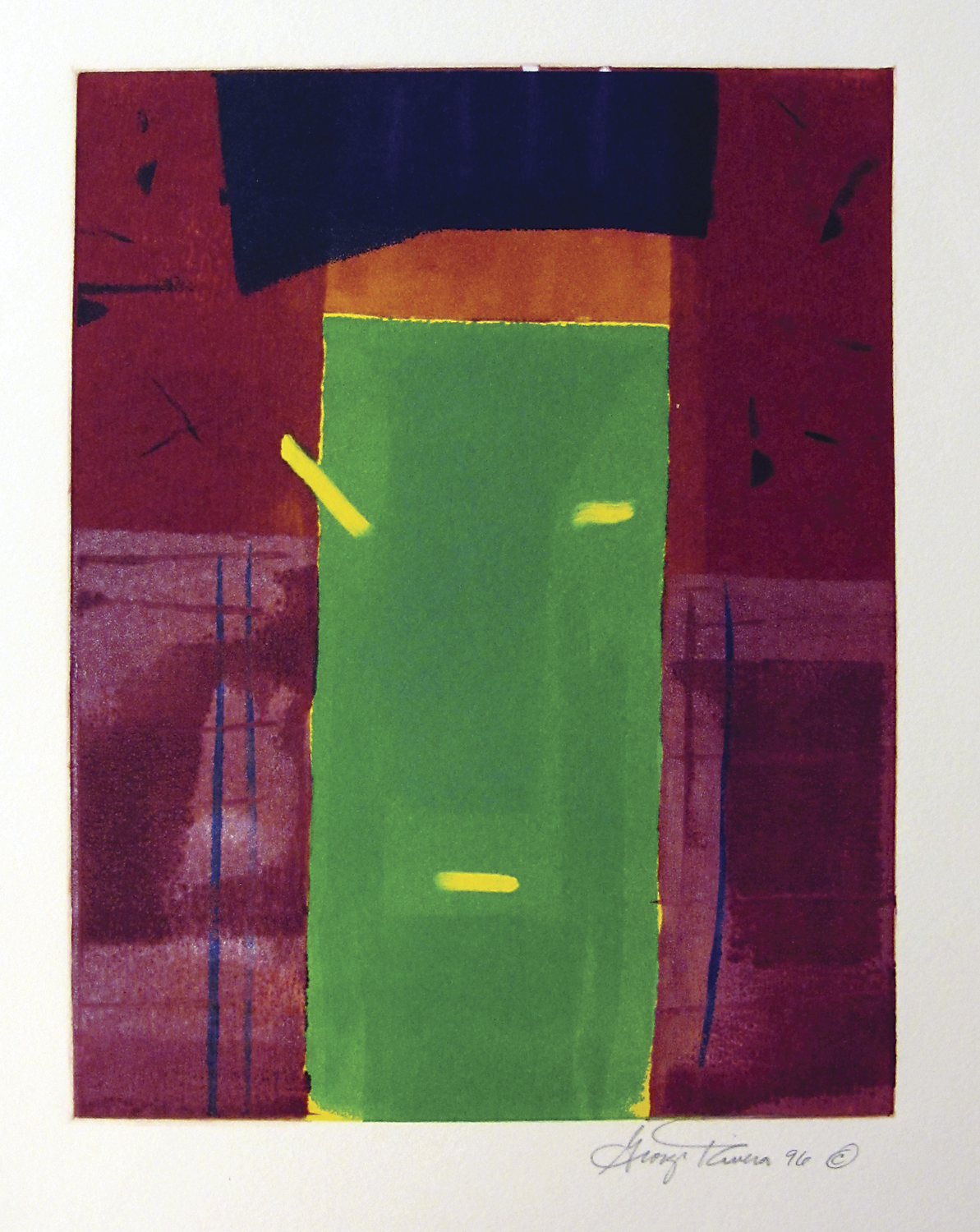 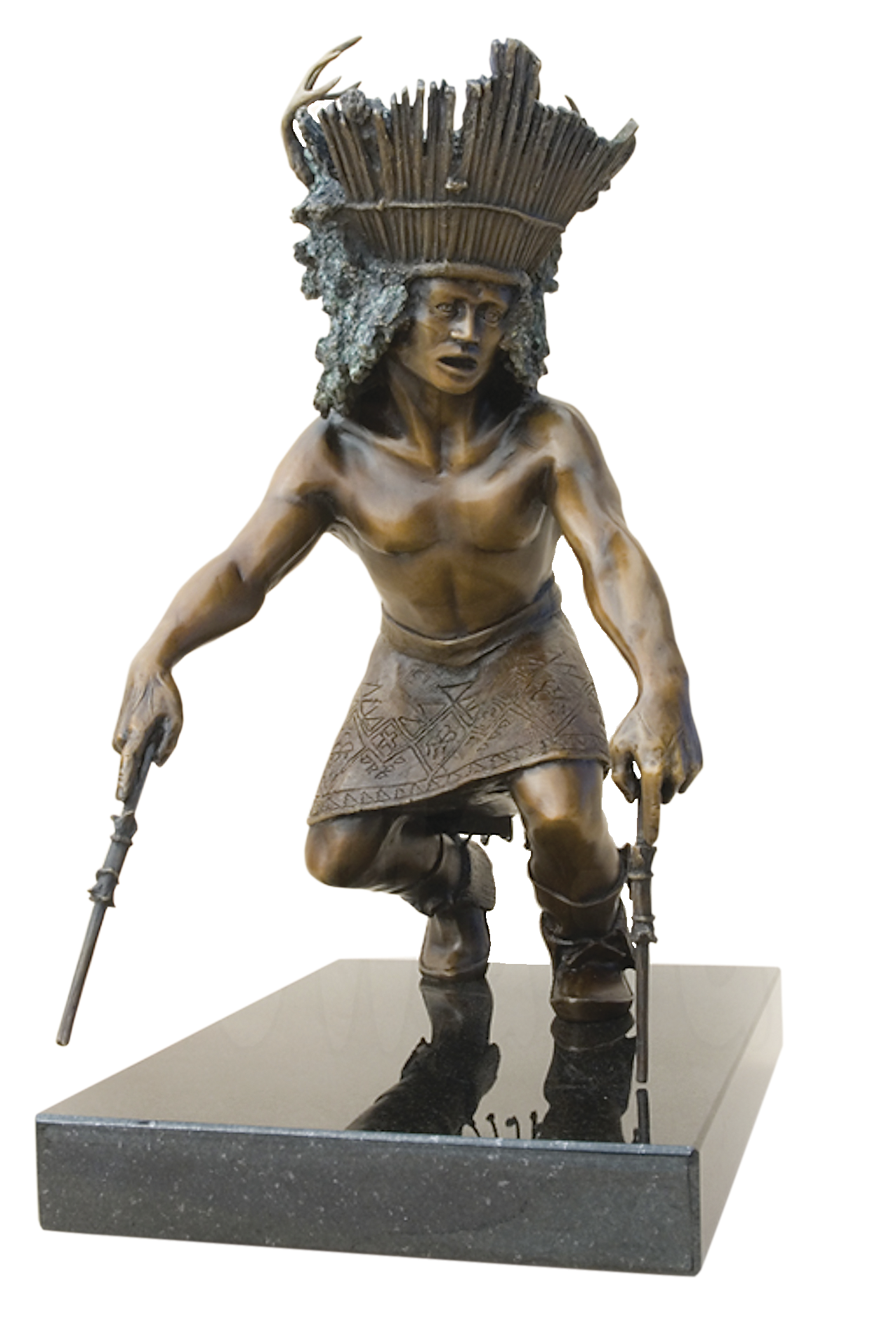 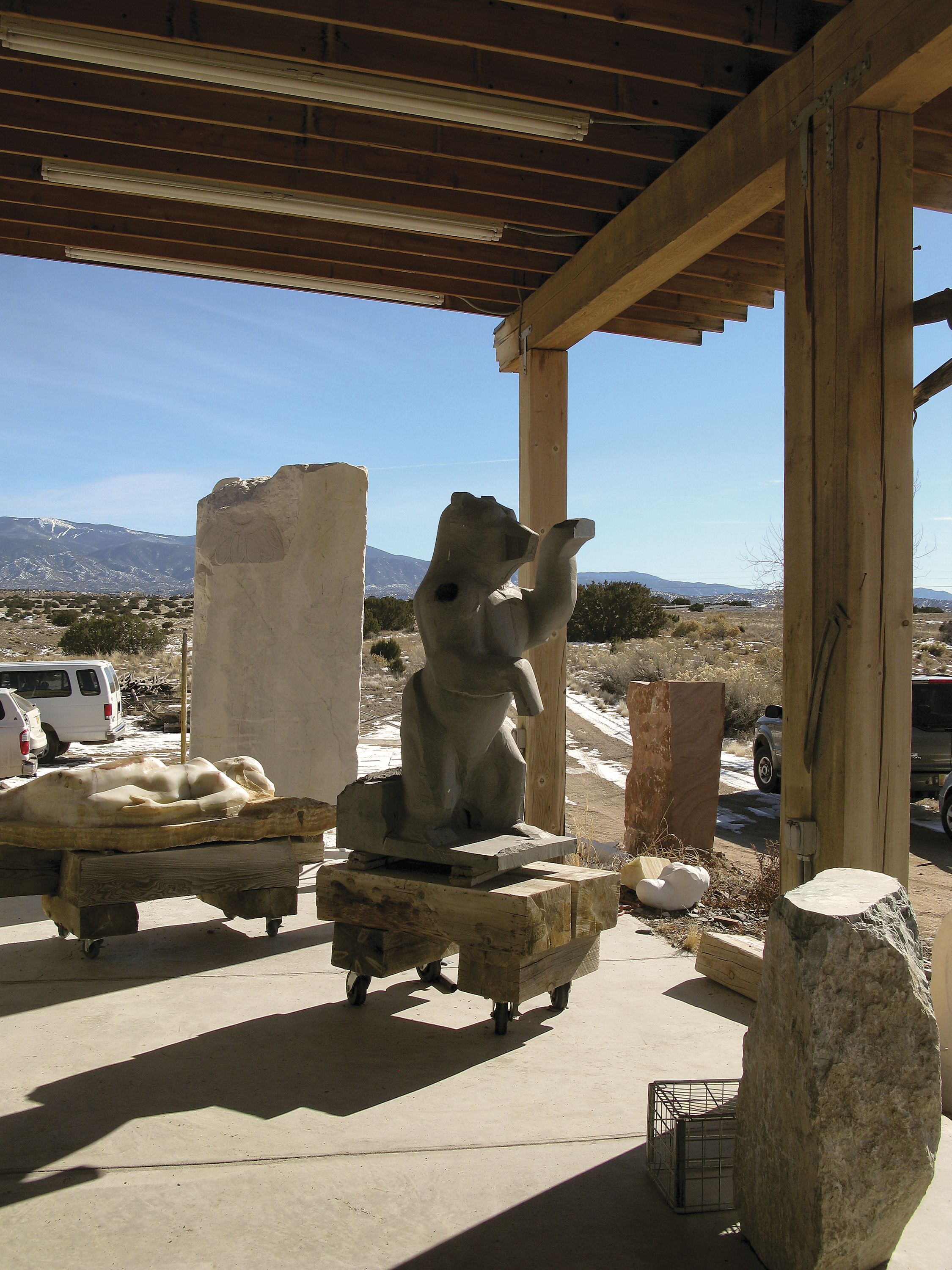 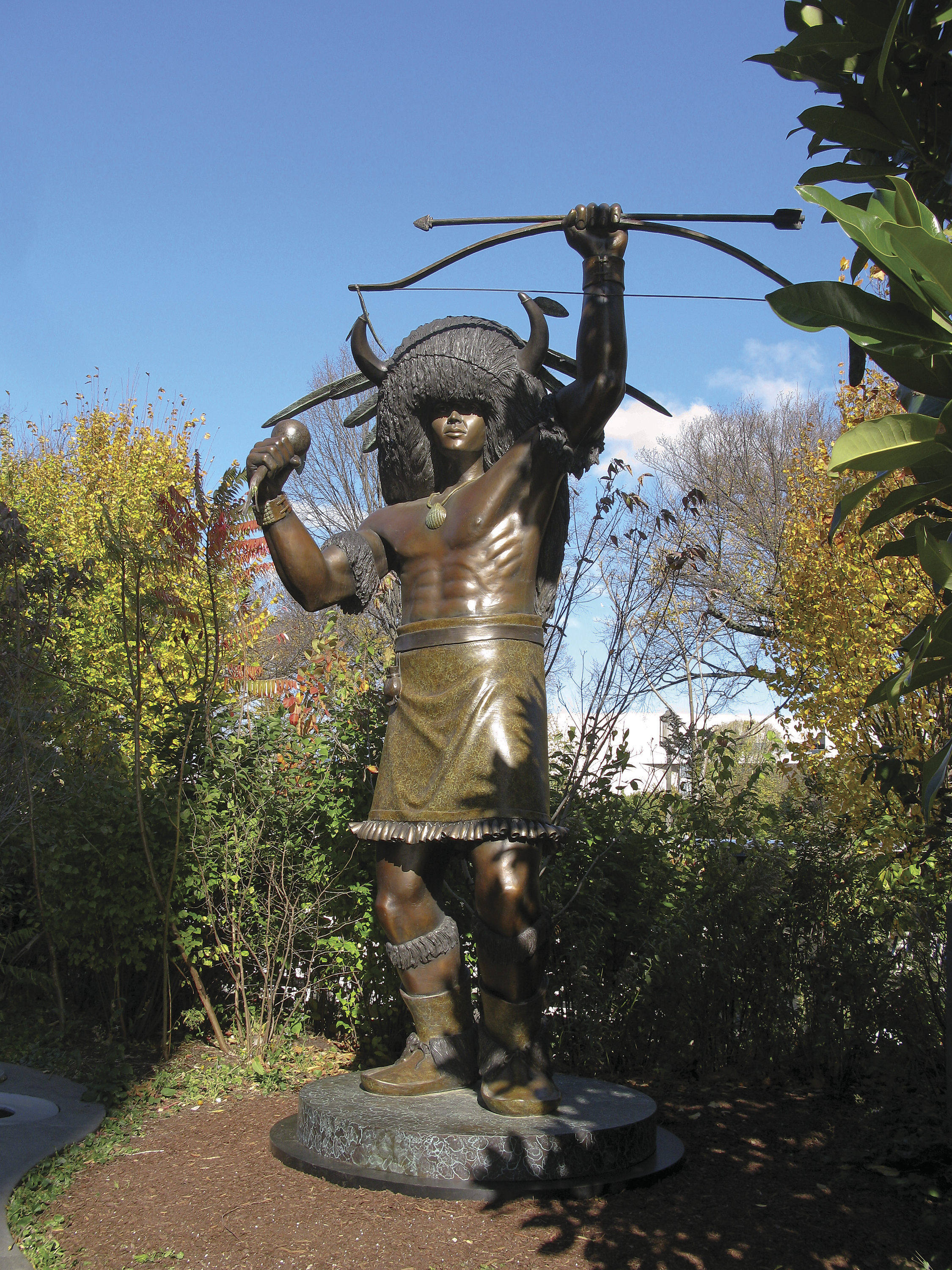 Rivera’s “Buffalo Dancer II” stands like a sentinel outside the National Museum of the American Indian in Washington, D.C. The sculpture was recently accepted into the museum’s permanent collection. Photo: Glenn Green Galleries 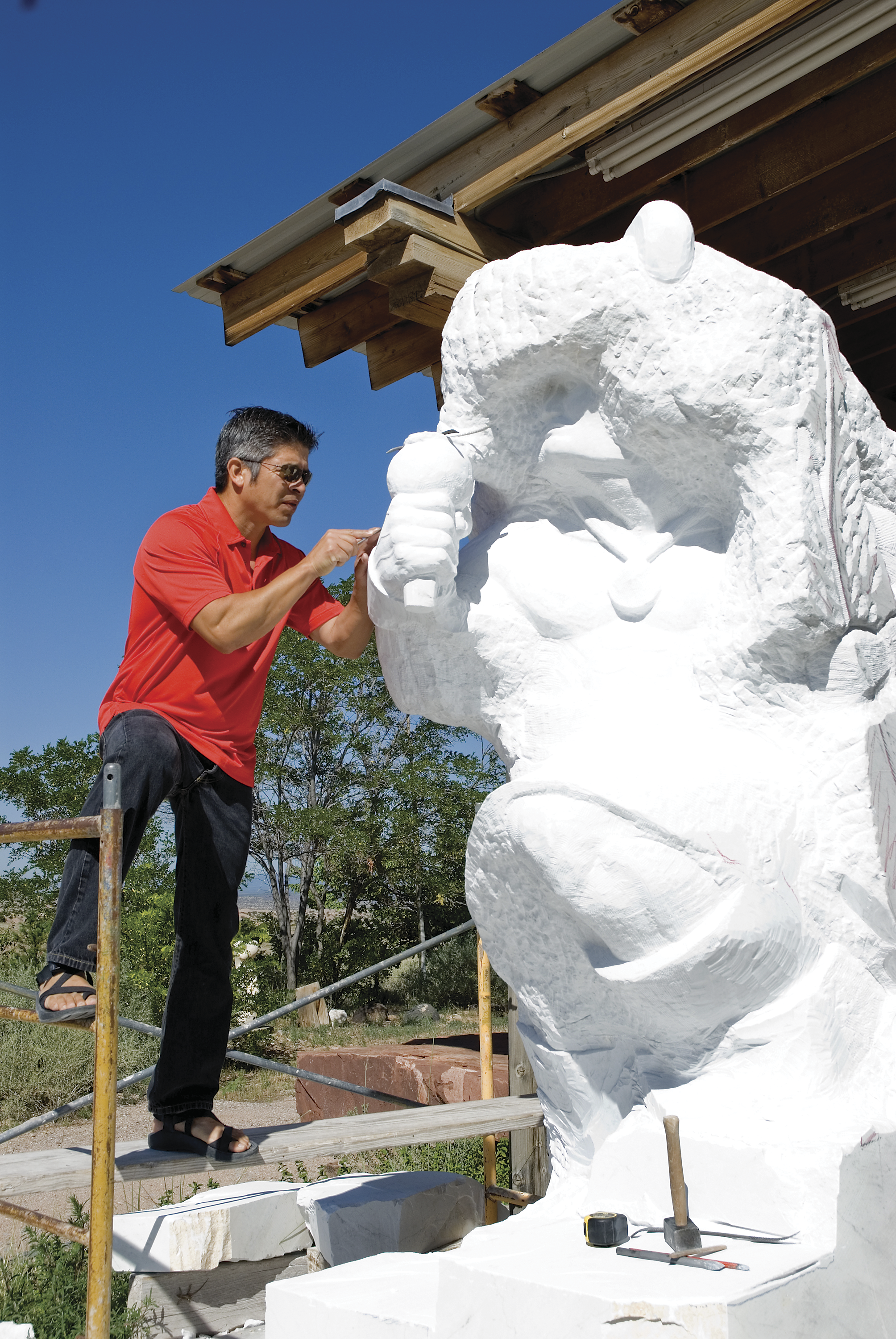 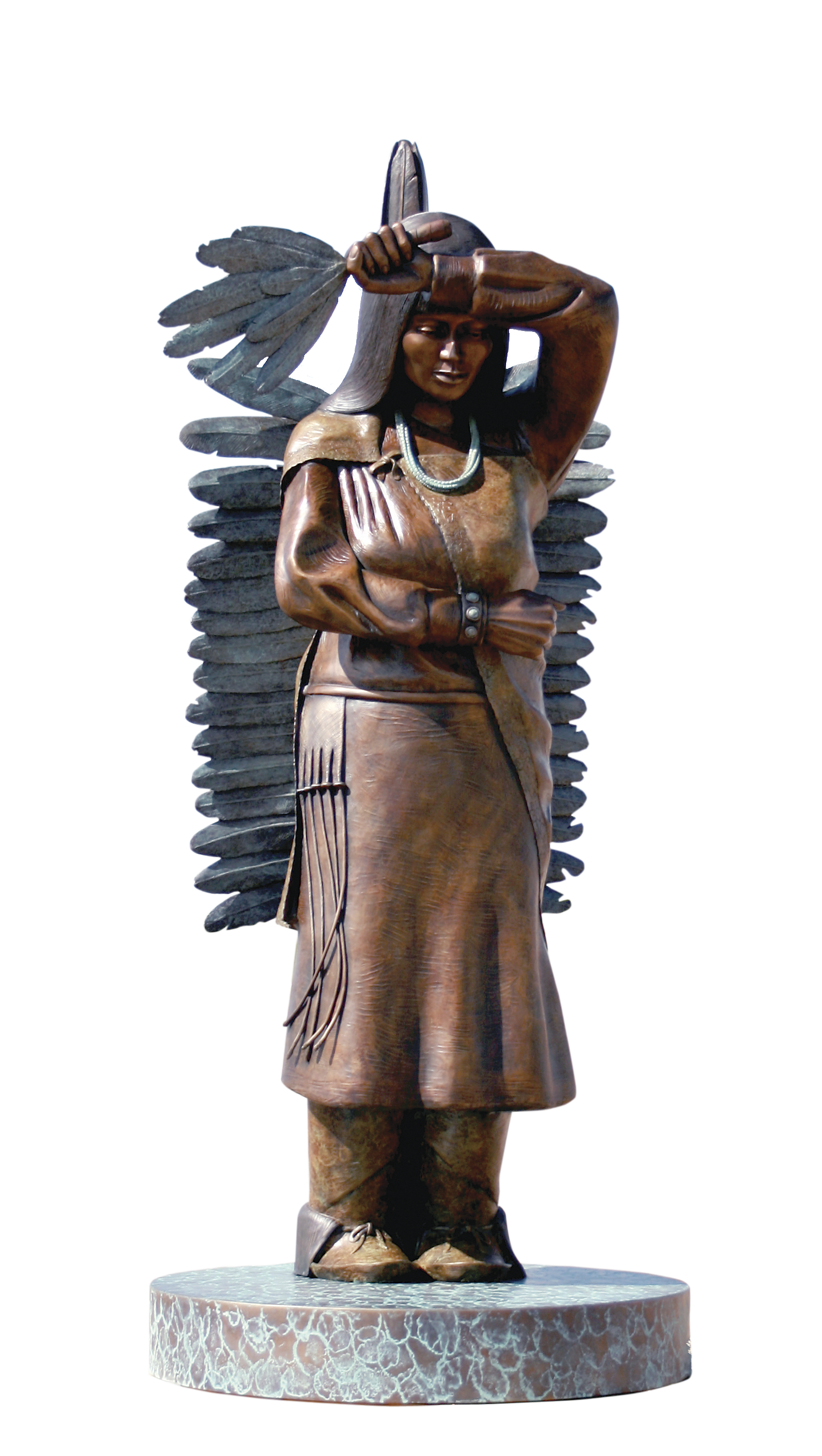