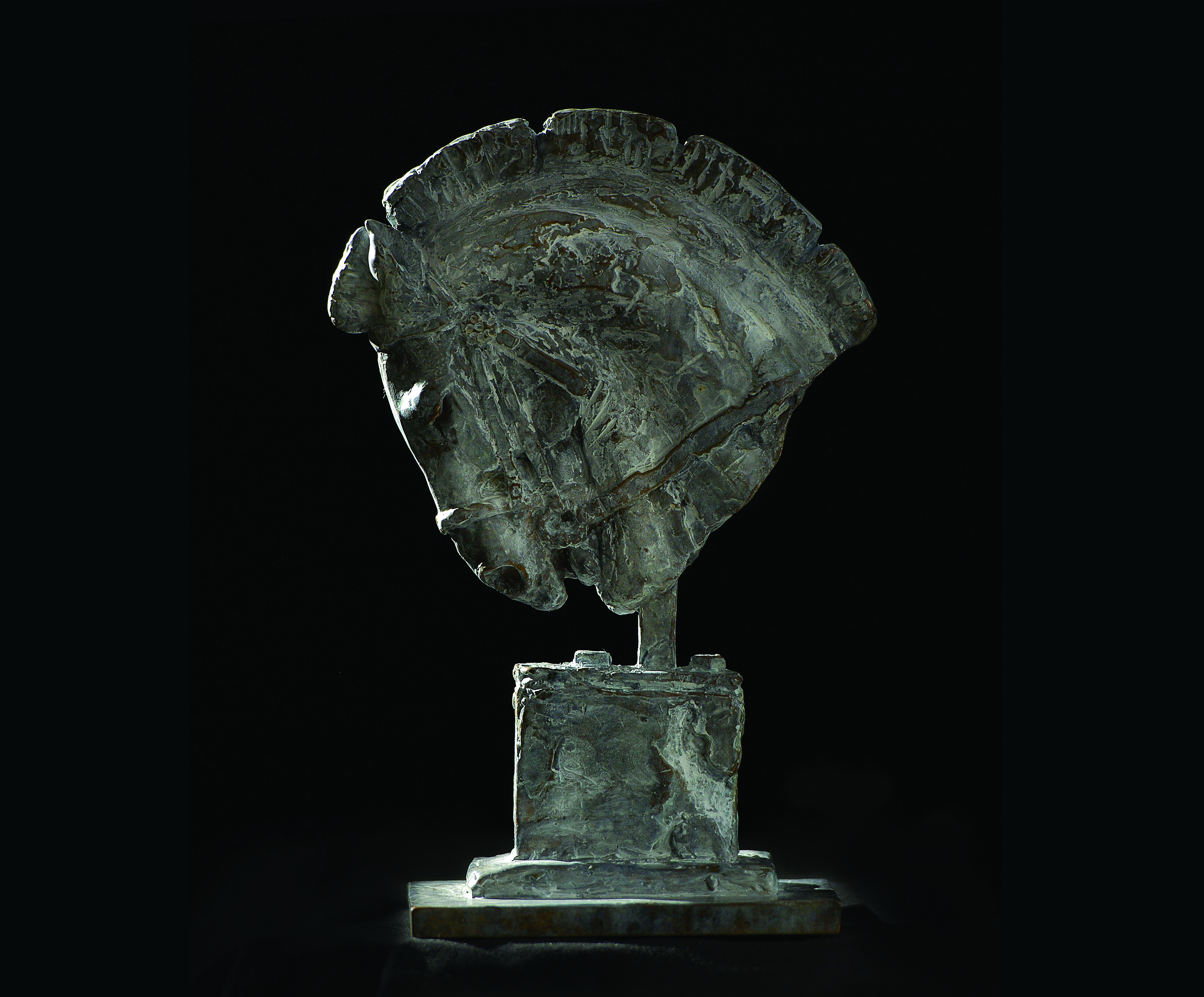 ALTHOUGH THE HORSE HAS LONG HELD A PLACE IN THE HEARTS AND MINDS OF SCULPTORS, going as far back as ancient Greece with the Four Chariot Horses in marble (575 to 650 BCE), the meaning of the horse has been transformed by time. In Ancient Rome, one of the most famous sculptures, Marcus Aurelius (175 BCE), shows the returning emperor sitting astride a horse. This larger-than-life bronze brought the rider above the rest, literally and symbolically.

Gwen Pier, executive director of the National Sculpture Society, believes the horse is an enduring subject in American art, and one that is continually interpreted with fresh meaning.

“Mark Edward Adams, Rod Zullo and Floyd DeWitt have all brought something unique and personal to the subject through their work,” Pier says. “This group of sculptors are also representative of what the National Sculpture Society does best: encouraging emerging sculptors as with Mark Edward Adams; providing a community and opportunities for established sculptors such as Rod Zullo; and acknowledging the outstanding achievements of extraordinary, mature sculptors in the case of Floyd DeWitt.”

For DeWitt, the horse has always brought meaning to his life and to his work. Growing up in Wolf Point, Montana, during the 1930s, DeWitt was left to his own devices (his mother started the first hospital in Wolf Point) and discovered horses were more than beautiful figures.

“I’m an incurable romantic,” he says. “I closely identified horses and cowboys with what it meant to be a man. Now I use the horse as a symbol of the wilderness within us. At the same time I know the horse as a gentle creature that was very much misused in the West. For me, a paradox grew out of this relationship.”

In his piece titled, The Golden Cayuse, it’s clearly not just a bronze sculpture of a horse, nor a singular study of nature, but a statement about who were are as a people. It is about the call, that moment when we wait for a voice to tell us who we are and what we’re meant to do. More than that, the horse in this piece is a “cayuse,” a mixed breed. A symbol of all Americans. We the people, immigrants and pilgrims, sons and daughters, all of us listening, expectant. And perhaps, most of all, hopeful.

As this horse stands, head tilted, ears back in repose, light dances along the textured surface. This is no accident. DeWitt’s background and classical art education at the Minneapolis School of Art and Design and then at the Royal Academy of Fine Art in Amsterdam comes to the fore. He is able to create a piece that looks one way but relies on our method of seeing to truly understand the complexities of the piece. Upon closer observation, this horse is not a replica, but is instead a thoughtful commentary, a philosophical reverie on human nature. Thumb-size clay pieces embedded in the sculpture, lines drawn on the surface and the balance of hind-to-front combine and allow us that moment to question ourselves. To take that breath before we leap. To tip our heads to the side and listen.

DeWitt believes that art is not supposed to describe, but exists to inspire. “Learning to see artistically is to look at something for the first time and come to an epiphany,” he says, “to think with your heart and not with your mind. My purpose is to contribute: to take something of our world and create a piece that is authentic.”

“I spent my summers on the farm there and I learned how much the horse participated in the human condition,” Zullo says. “They live and die with us. They’re our companion, laborer, food sometimes, they’re a means of transportation and like the dog they are our best friend. A horse explores with us. No other animal holds that status.”

Integral to creating Western civilization, once the horse was introduced our society changed. Zullo looks at the big picture, much like DeWitt, but where DeWitt sees man’s paradoxical existence, Zullo sees our emotional connection to the animal.

Looking at the recent history of sculpture, the 19th century saw the horse as a vehicle for the portrait of the rider, in the 20th century it changed to a narrative portrait, even a romanticized version of the horse — the horse as a symbol of freedom. For Zullo, the 21st century is where the horse is more metaphorical, having been given that freedom through the Modern art movement.

In his piece, Atlas, Zullo chose the draft horse to convey power and strength, a monument to the hard-working man, not just the horse itself. Portrayed in a Hellenistic way — to connote the mythology behind the piece, and not only in the traditional sense of holding up the world — Atlas was the titan who held sway over navigation, so this piece also depicts the way forward. With its heavily applied layers of clay, the sculpture itself feels weighted. The large hoofs plodding ahead, the deeply muscled neck near to breaking with responsibility. This is what it takes to hold up the world.

“I don’t want anyone to forget that knuckles get bloodied in every facet of our society,” Zullo says.

When starting a piece, Zullo visits with the horse to get his bearings, not only on the musculature but to remind his hands what the horse feels like.

“I have to do it every time,” he says. “And every time I learn something new. The horse is a dictionary for me to learn the language I want to speak. I’m not re-creating the horse, the end game is the art itself.”

For Mark Edward Adams, 33, the horse became a way to represent contemporary human emotions. Different from Zullo, Adams’ horses are not big picture, big world messages, but rather intimate emotive pieces that draw out immediate responses.

“I come in without any preconceived notions,” he says. “With the horse it’s a blank slate. I think about my intent, what am I trying to say, from that I figure out how to express it through the horse.”

Adams grew up taking riding lessons, hanging out with horses. His experiences with horses were deeply personal. Then he volunteered for a therapeutic horse-riding program, working with kids who have disabilities, seeing people who couldn’t walk being able to move flawlessly while riding.

“Suddenly they had working legs,” Adams says. “I saw the joy that these kids felt on a horse. What fascinated me was the emotional bond between the horse and the child. That was powerful. And I felt people could identify with that emotion, if not specifically then in other areas of their own lives.”

For the next year Adams observed both the nature of the horse and of the child, coming back to his studio each day, making clay sketches, one after the other, trying to capture that feeling.

In his piece, Soulmates, the form of the boy folds and melds with that of the horse. The compassion comes from the horse, allowing the figure to be what it needs to be. Complete trust in the horse is told in every addition of clay, in the working of the two figures to make one piece, speaking with one voice, breathing with a single breath. The immediacy of the work corrals a passion, an empathy that oddly feels just right conveyed in bronze.

“Everything I do with horses, with my sculpture, is a deeply personal act for me,” Adams says. “I’ll have that connection with horses. They’re a part of my character and will always have a place in my art.”

Editor’s Note:  This year Mark Edward Adams garnered the National Sculpture Society’s Beverly Hoyt Robertson Memorial Award at the organization’s 80th annual awards exhibition. Rod Zullo won it a decade ago, and Floyd DeWitt won it three years in a row, from 1995 to 1997. 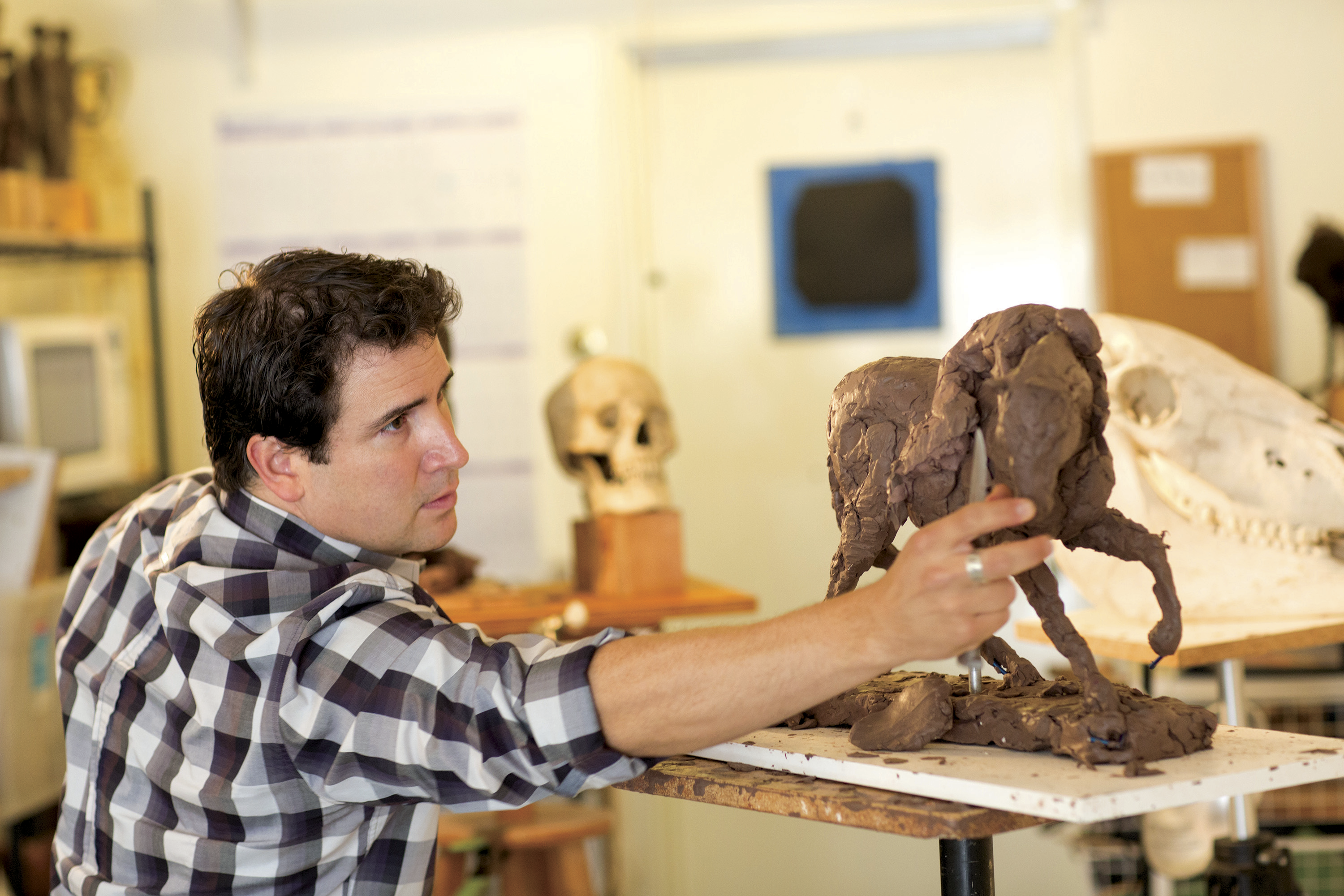 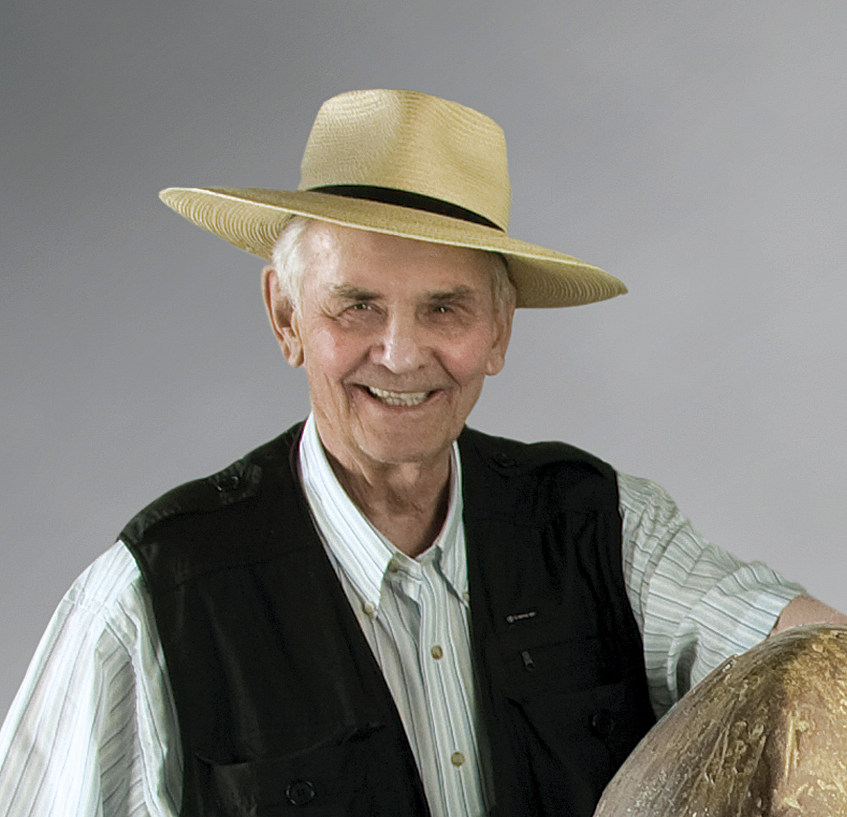 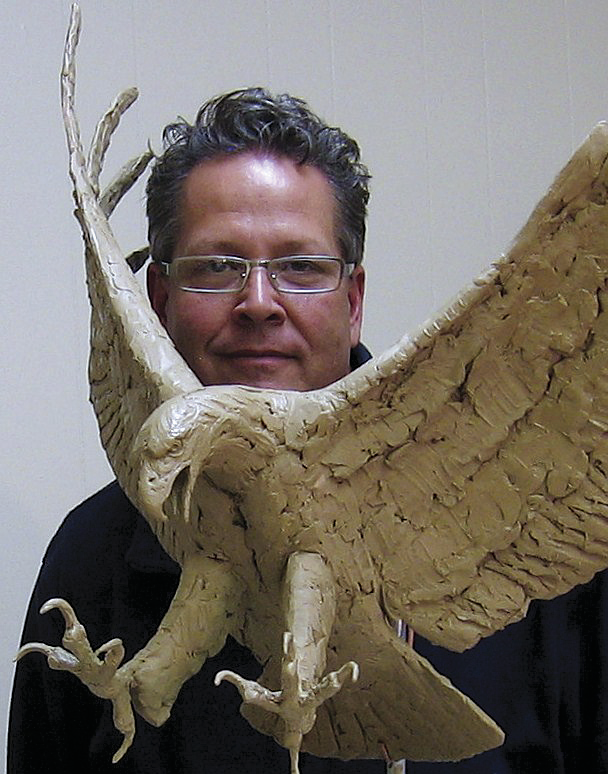 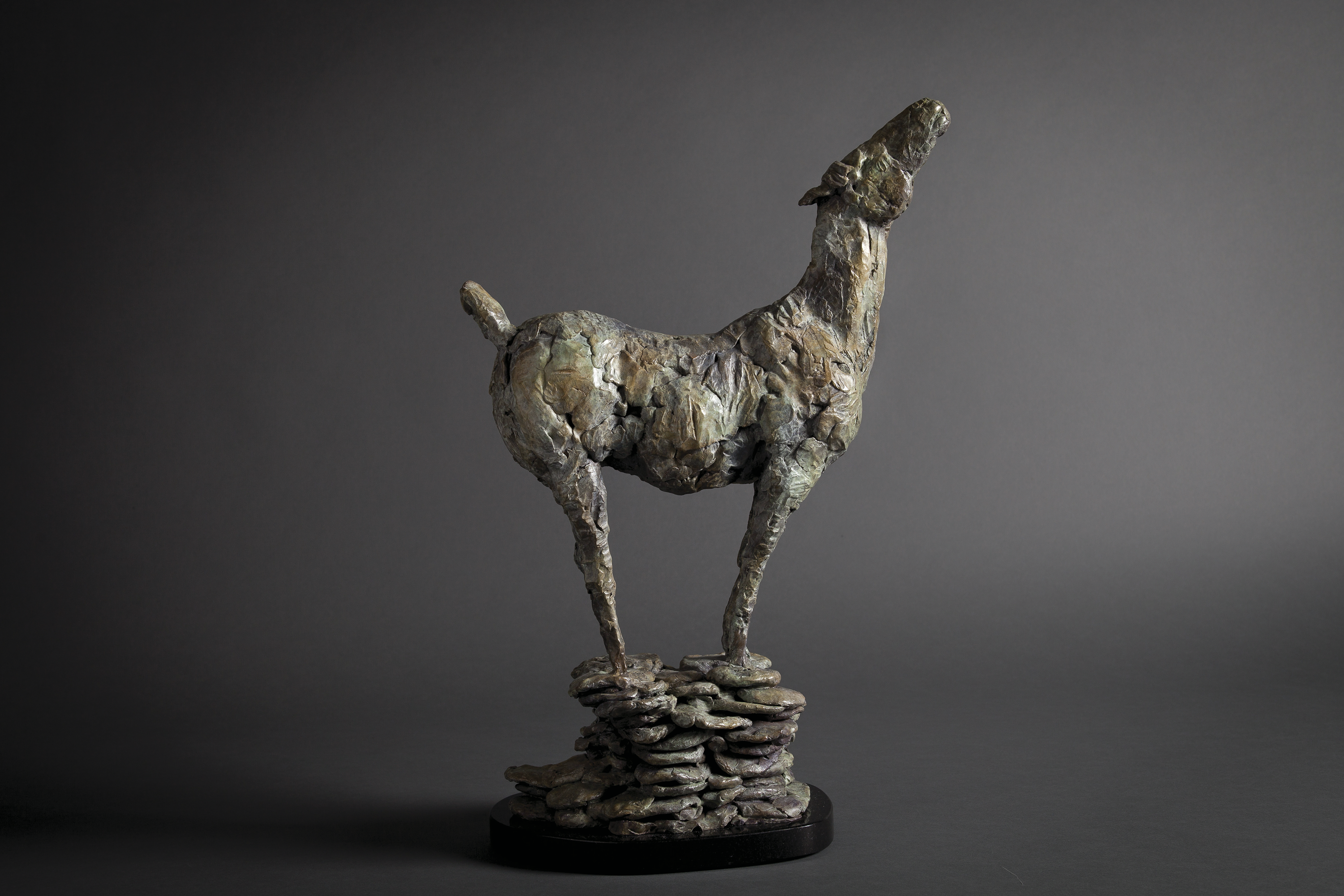 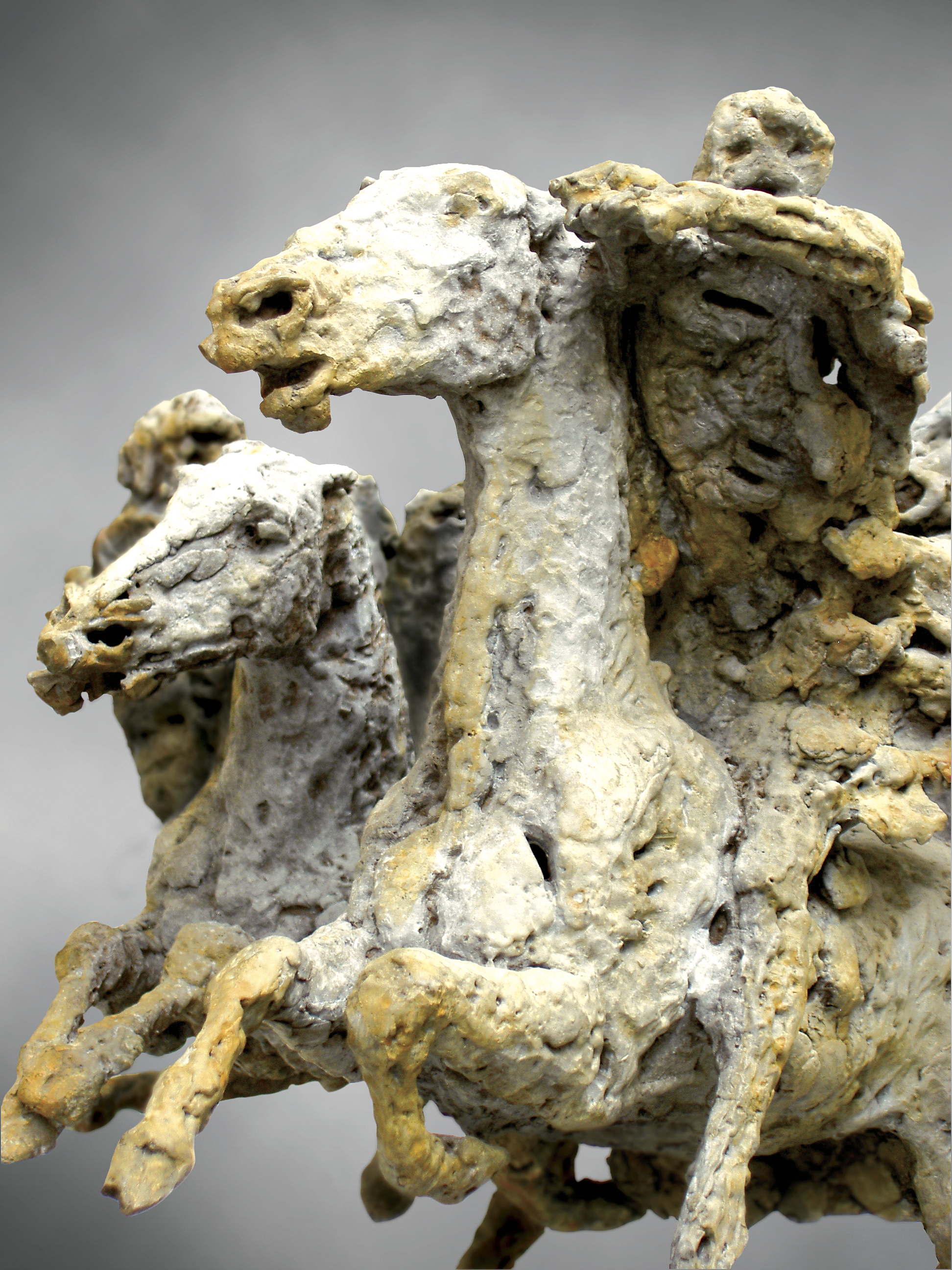 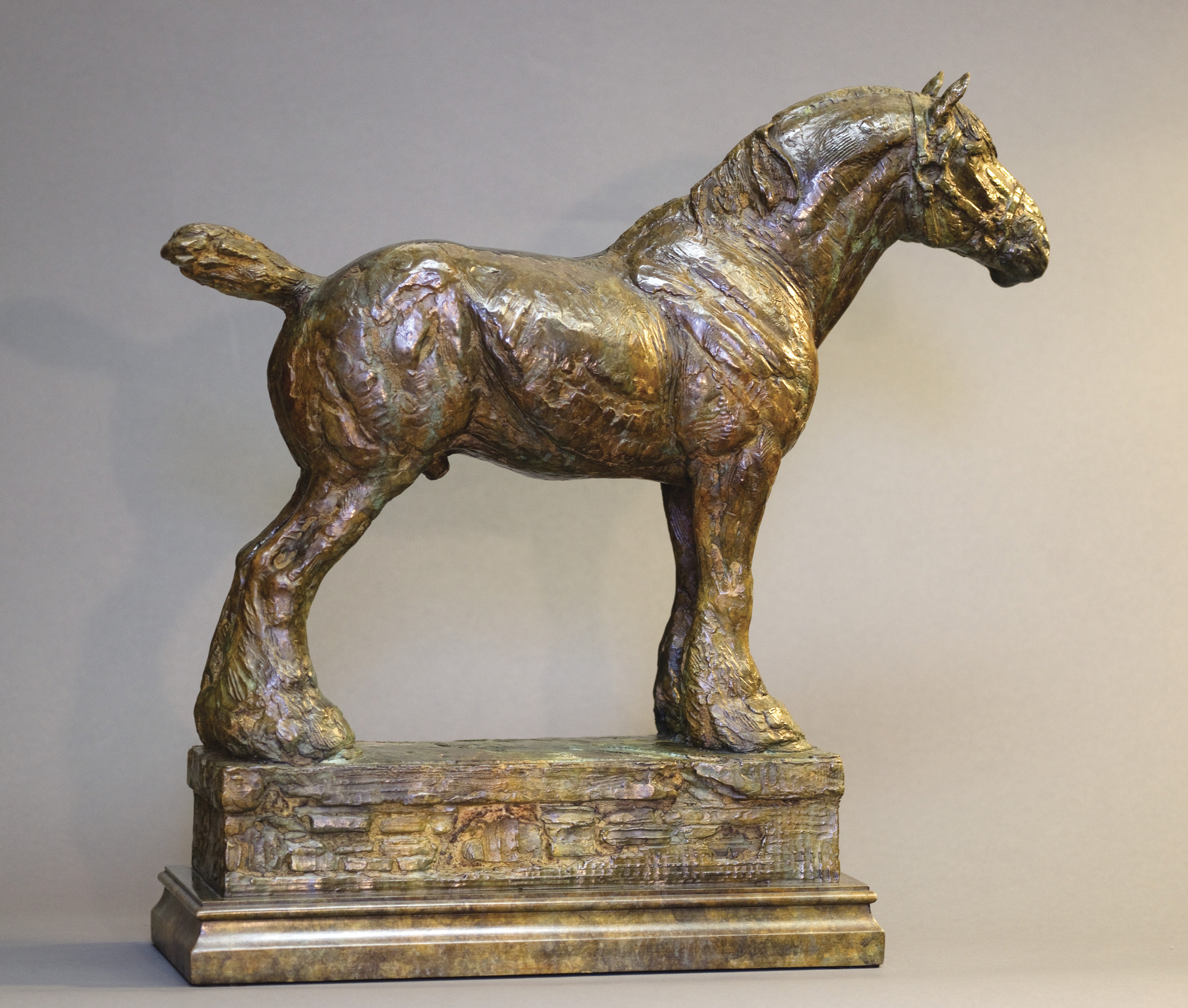 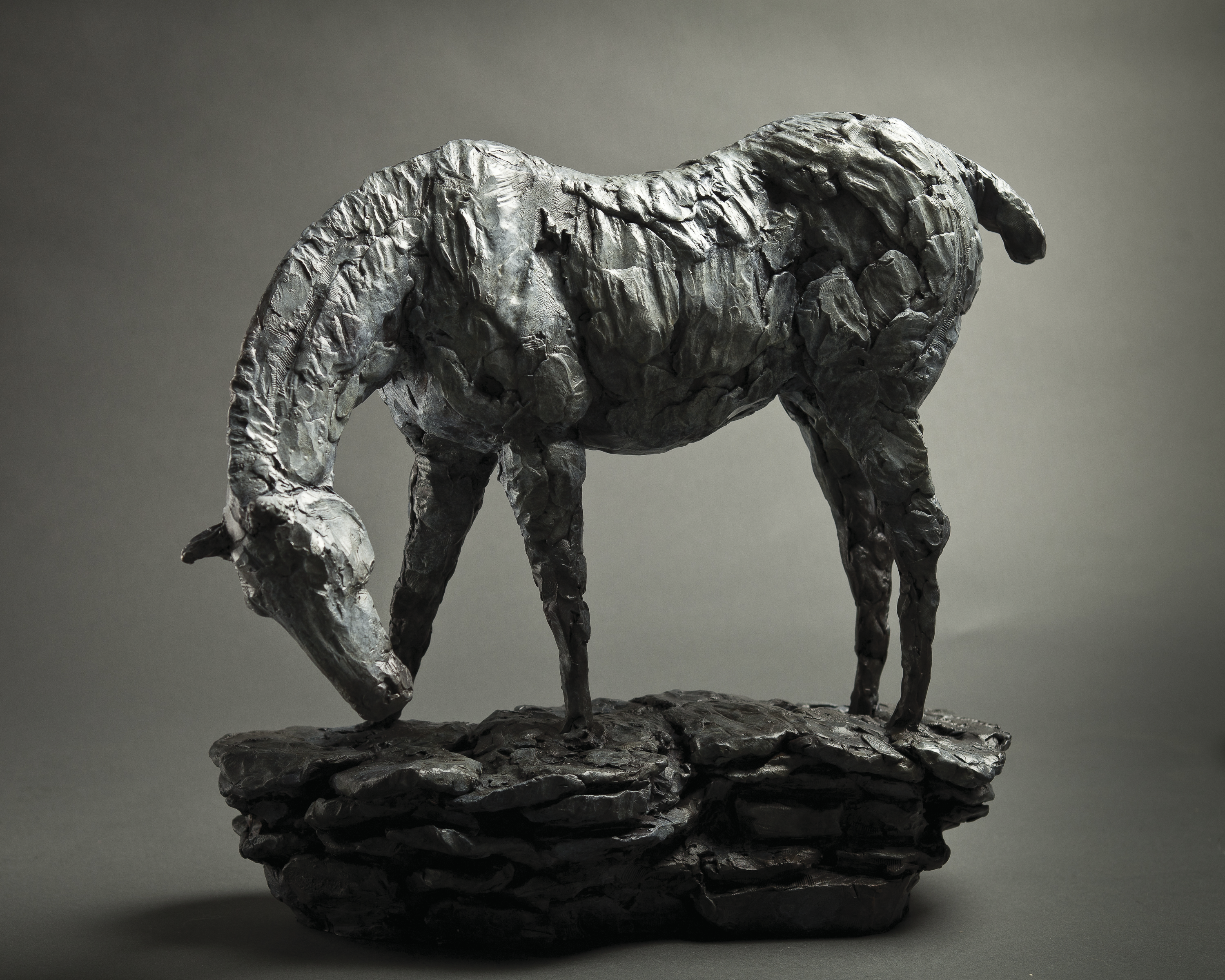 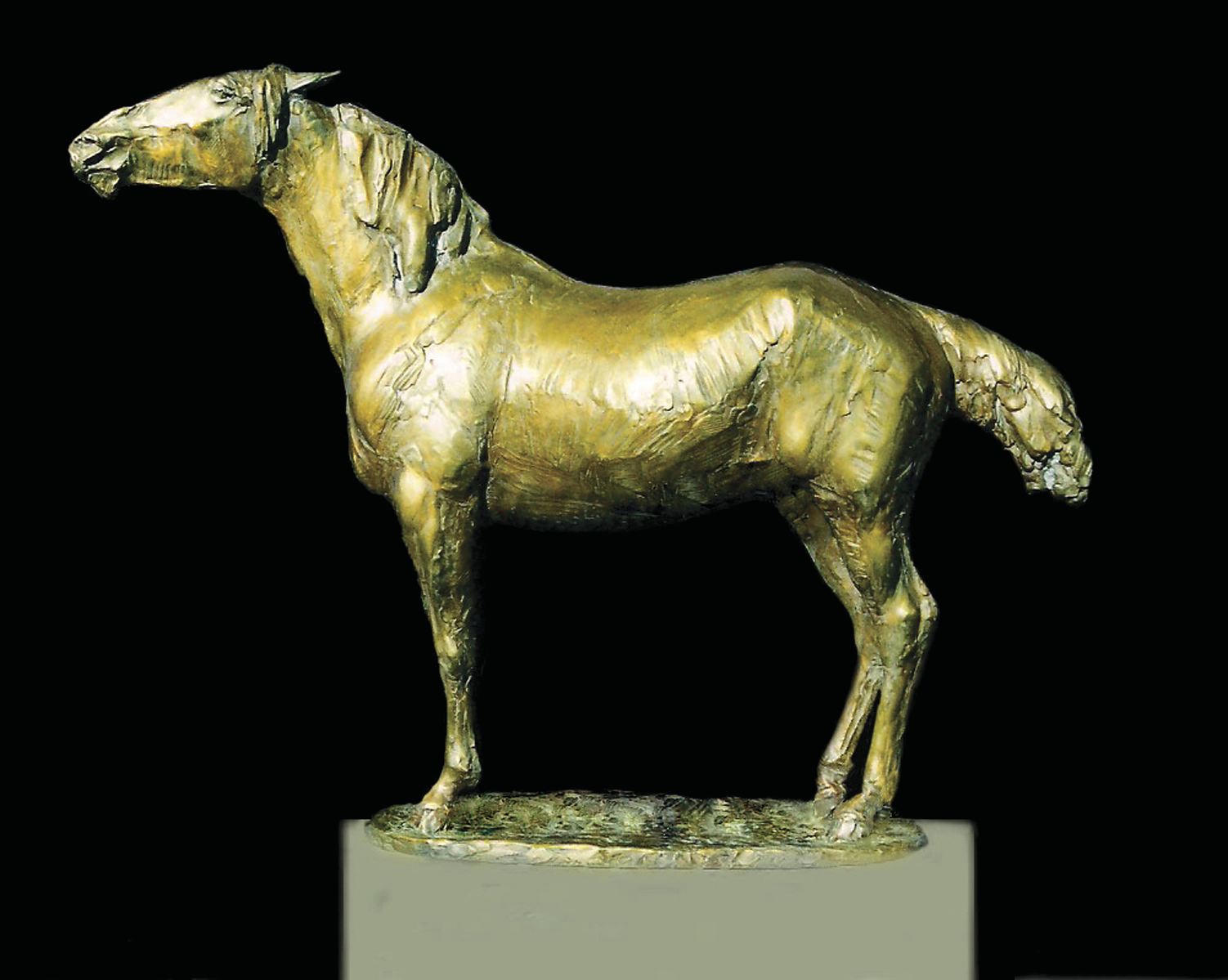