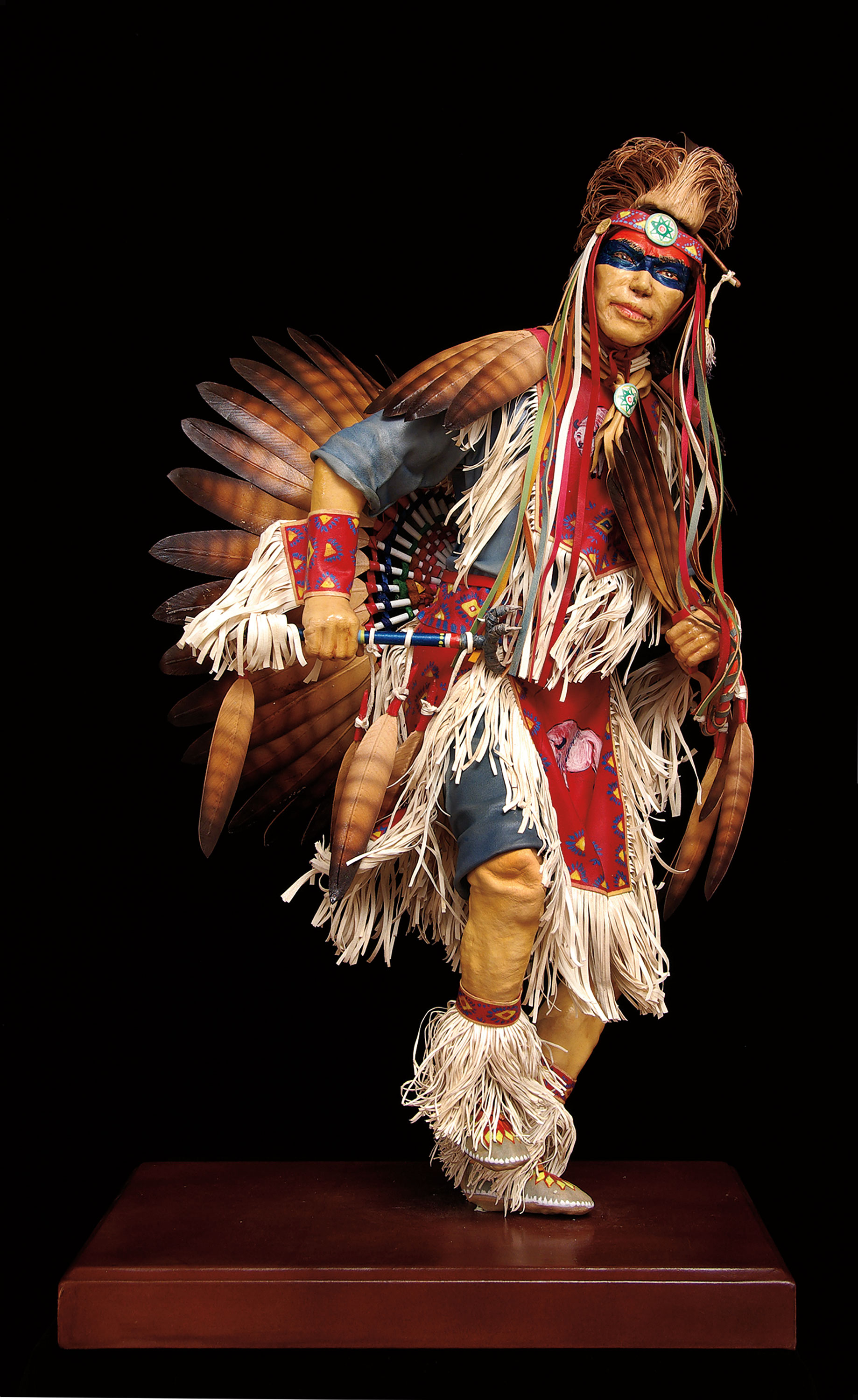 04 Aug Finding his own Way

IN THE WORLD OF ART, there are artists who paint, those who etch, those who create their art in clay and transform it into bronze, and those who sculpt directly into their material, whether marble or wood. But few artists create their masterpieces by sculpting with leather as their medium. Chan Liu-Miao, from Taipei, Taiwan, has taken the art of sculpting leather to its highest form.

In 1986 Chan was invited to take part in Taiwan’s National Palace Museum’s Experimental Exhibition of Contemporary Art, which resulted in the artist being designated “a national treasure” by Taiwan’s cultural director. Not only did the exhibition identify Chan as a treasure to Taiwan, but to the whole world. The exhibition jump-started Chan’s career and his work was soon sought by art museums worldwide.

“He is one in a billion,” says Paul Zueger, owner of Galerie Zuger in Santa Fe. “I followed his work in the 1980s; It was so rare, you couldn’t get it. His sculpture is very difficult to make and so totally unique — that’s what makes him a treasure to the art world.”

Chan developed his medium in response to his own dissatisfaction. Though a painter and teacher, Chan didn’t believe he was a great painter.

“I desired to do something special on my own. I am not a follower,” he says.

Searching for a new medium took Chan to Tokyo. One day on the 10th floor of a department store, he purchased a key chain, its fob a leather dog that looked so lifelike its eyes stared at him. “That’s when I began to think I could sculpt in leather,” Chan says.

Returning to his homeland, Chan researched and experimented for five years, exploring the properties of leather and learning not to “hurt the leather” by working and stretching it too much in its wet state.

Using different parts of a cowhide, the artist starts by soaking the leather in water, and sometimes chemicals, which allows him to stretch and tool in details, producing lifelike wrinkles on a face or humanlike fingernails. His own weathered hands, covered with partial gloves on a summer’s day, are evidence of the harshness of his art.

In creating his highly detailed work, Chan seeks to express the subtleties of Chi, the power that fuels the body. “I feel human expressions transcend cultures, so I create expressions of emotions. I want you to feel warm and feel good and enjoy it longer.”

Chan creates his figurative sculptures without the use of drawings. “Western style culture draws or sketches to begin a piece. The Chinese feel you put the energy into the drawing. We go by putting our feeling, or Chi, directly into the piece.”

Different cultures have always appealed to the artist. While most of his early art represented Chinese culture, after visiting Japan several times the Japanese samurai became a favorite subject matter. A trip to the States fostered a new interest and angle for his work: Native Americans.

When Chan was commissioned to do a piece on Chief Joseph, the Indian chief who famously declared an end to war, the only reference he had was a small pewter sculpture. Once again, his curiosity took him deep into study. “One of the things I am very good at,” Chan says, “is that I am a good student. I love to study.”

Poring over books, Chan studied how the different Native Americans lived, the unique cultures of each reservation and pueblo. One book especially fascinated him: It showed every item of clothing and how it was made. From that research Chan was able to create a full figure of Chief Joseph holding a peace pipe. According to his collector, it was perfect.

Throughout his research, photos of Native American Fancy Dancers enamored Chan: their movements, their color, their dress and expressions. In meticulous detail, he crafts every item they wear, each artifact they hold in their hands. When complete, Chan’s sculptures are diminutive lifelike renditions, complete with skin that looks and feels real.

For Zueger, it’s the artist’s attention to detail that fascinates. The lifelong collector and gallery owner notes that when people visit a gallery, they spend an average of six seconds on any given piece of art. Chan’s art, he says, captivates people, causing them to stop and to study its details. In his series of Native American Fancy Dancers, the fringe flying in movement with the dancer’s rhythm seems impossible to create, yet each one is perfectly detailed.

The Native American sculptures are favorites to many, Zueger says, “But to a real collector, even if you collect Native American art only, sooner or later, you’re going to want one of Chan’s Chinese figures. No other artist is doing anything like Chan. He separates himself from everyone else.” 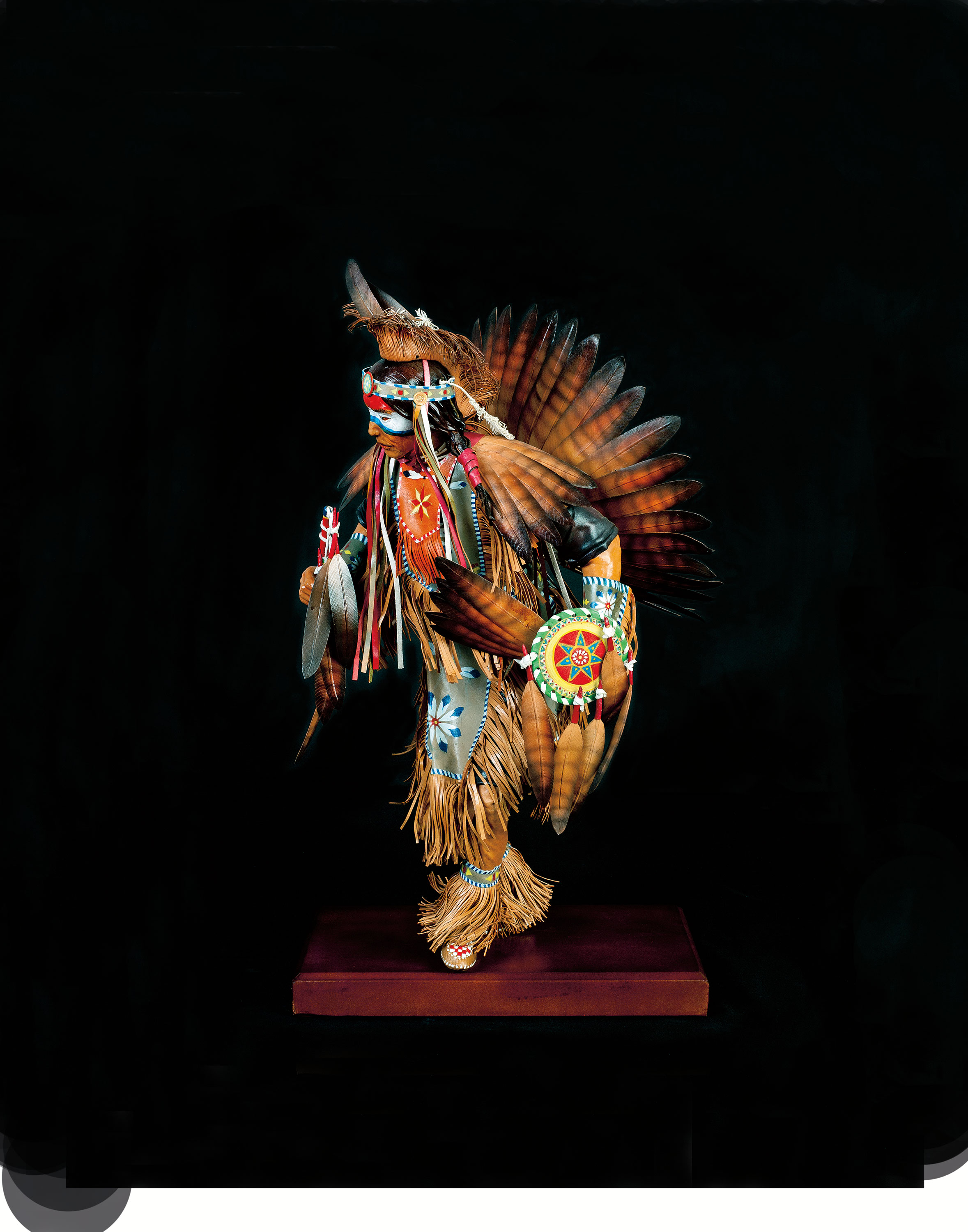 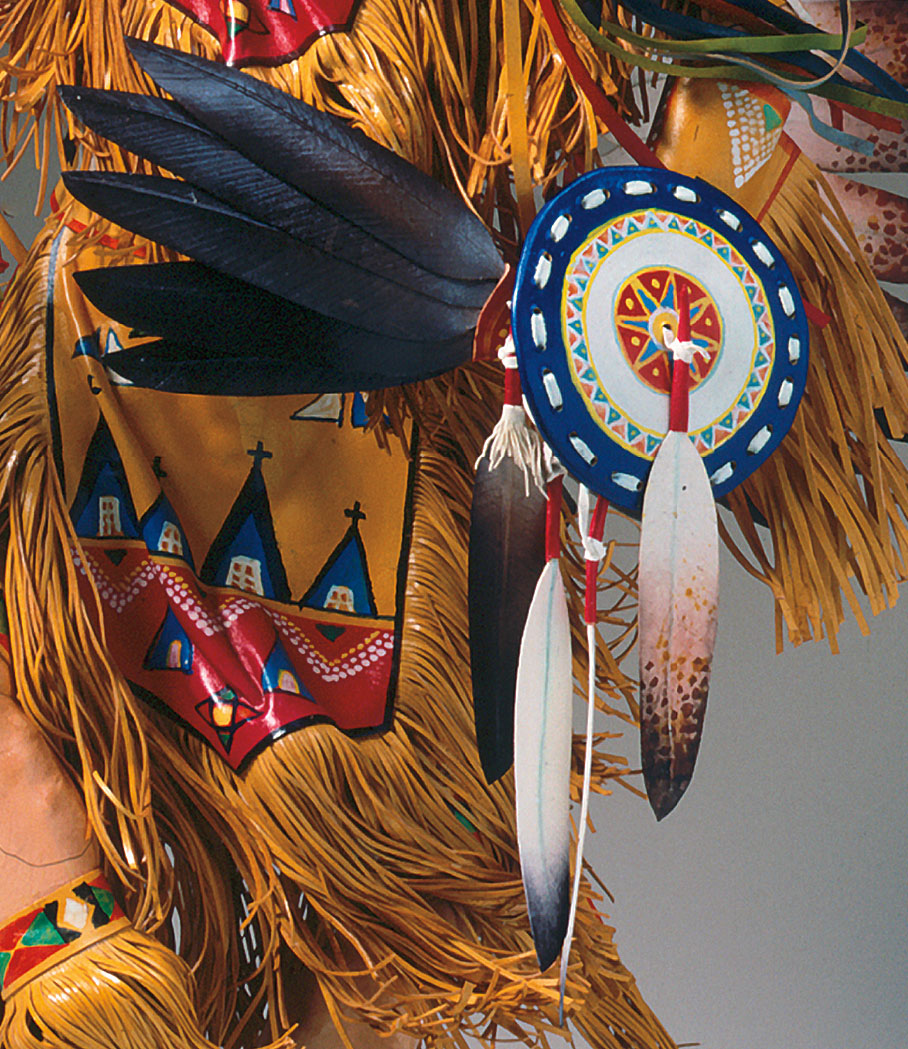 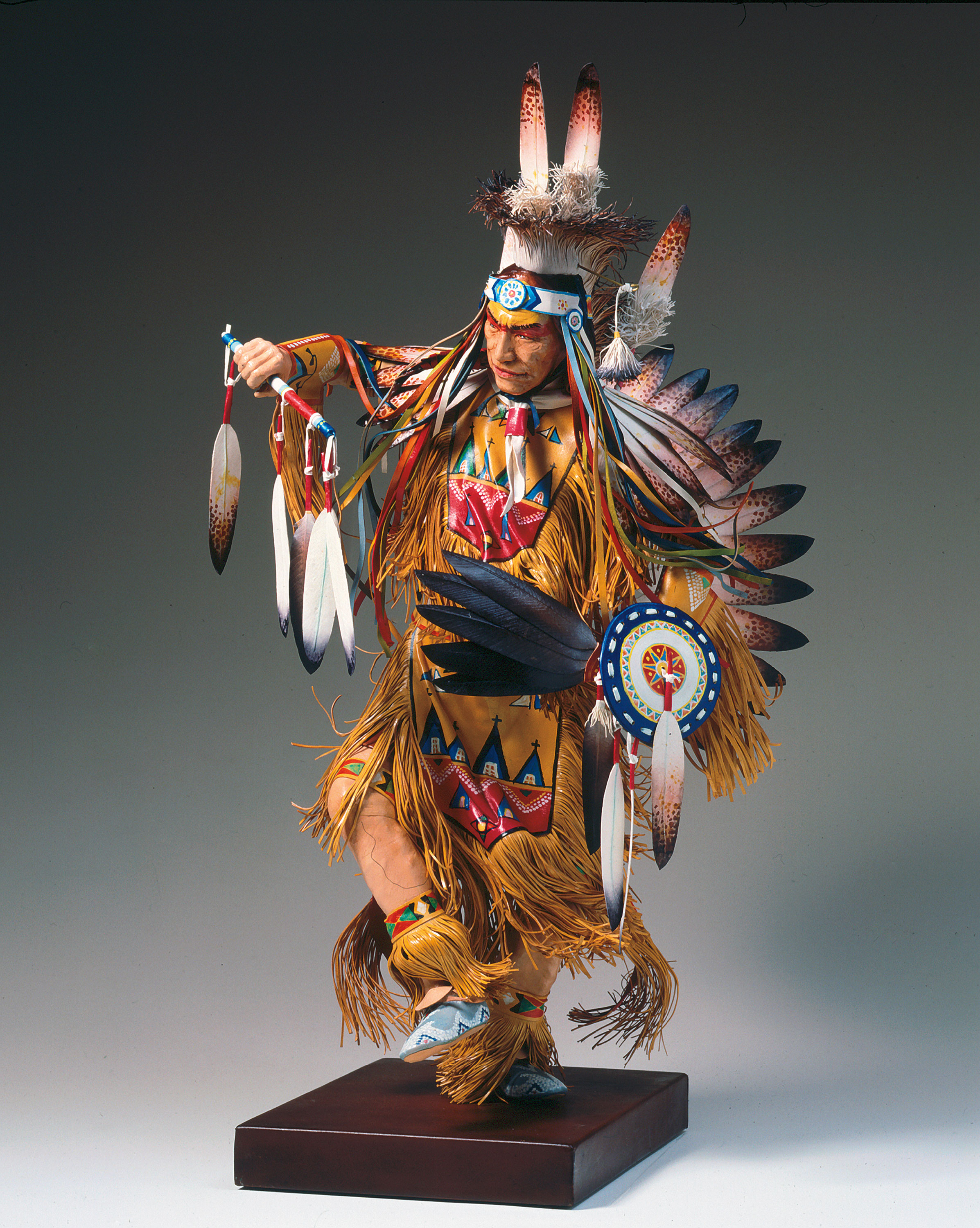