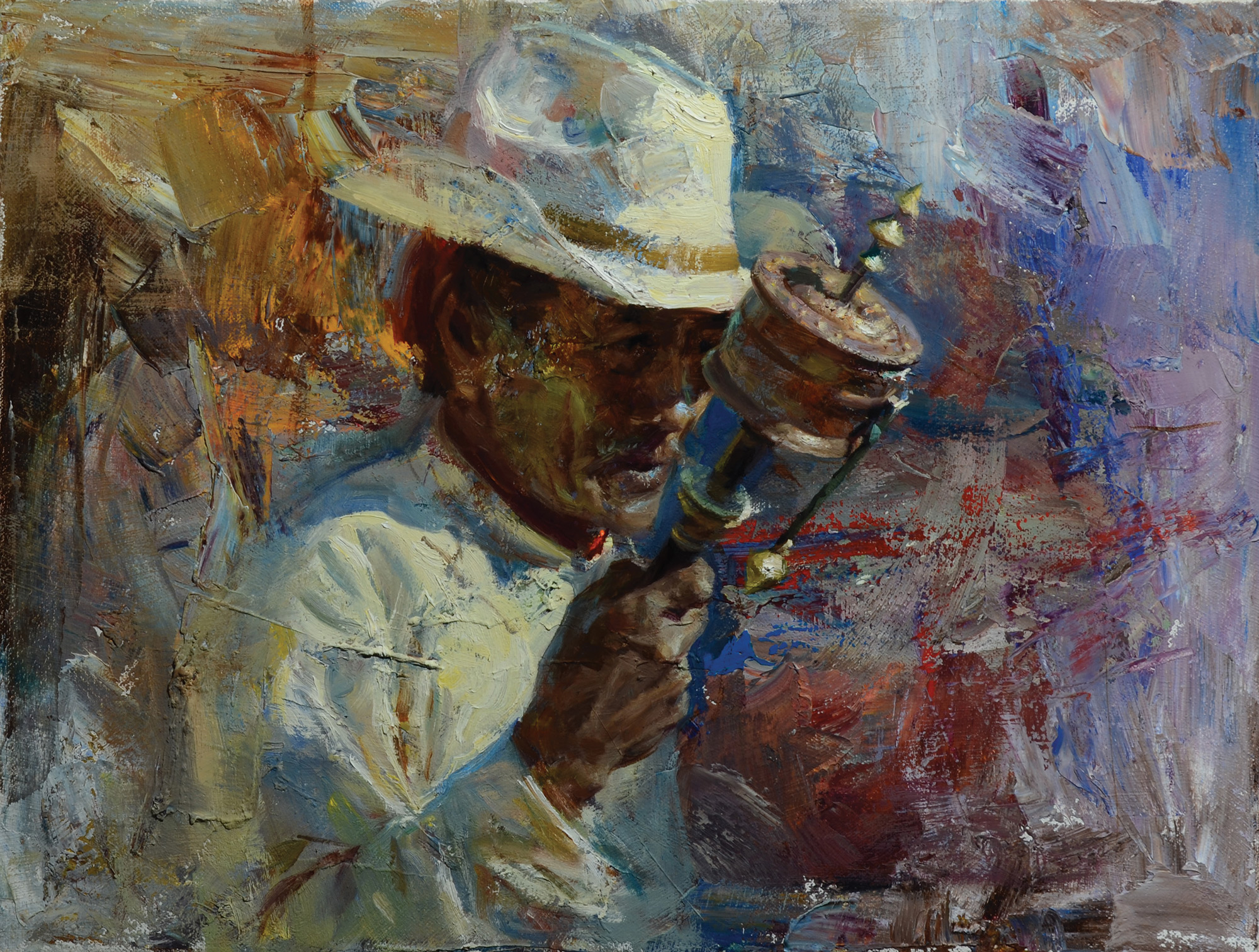 18 Jul From the East and of the West

There are artists who feel as if they are entitled to whatever success they have, because they have a strong sense of their talent. And then there are people such as Huihan Liu, a man whose humility and gratitude for having the opportunity to make a living as an artist is contagious.

Liu grew up in China, where he was born in 1952, and although he carries with him many fond memories of his home country, he is also very aware of how that culture inhibited him from reaching his full potential as an artist.

But Liu was fortunate to have some encouragement toward pursuing his art, particularly from his father, who taught literature at a Christian school in Guangzhou. “My father was not a typical Chinese father. At that time, there was a lot of pressure on the men in China to focus on stability, and not so much on creativity or beauty. But he valued the arts more than most Chinese fathers,” Liu says.

During the Cultural Revolution of Chairman Mao Zedong, from 1966 to 1976, China sought to preserve a Communist ideology by purging remnants of capitalism and tradition from society. As a result, Liu’s father was relocated to rural China to be “re-educated” as a farmer.

Even back then as a child, the artist remembers he loved looking at the shape of things. He was fascinated by the form of a skull or flowers or even buildings. He found great joy in trying to create those shapes himself, but artful expression was restricted to positive representations of Mao and the Communist Party.

“We were also Christian, which was not popular in China at the time,” Liu says. “But it gave me a little more freedom to explore creativity. I had an uncle who was a very talented artist, too, so when we visited him, I loved to study his work and see what it was like to create, to be an artist.”

After high school, Liu was assigned a job in a facotry and worked there for a few years, continuing his artistic pursuits on the side. Then in 1972, as the political oppression began to ease, the artist was accepted into the Guangzhou Academy of Fine Arts, where he earned bachelor’s and master’s degrees and taught for 12 years.

Liu came to the United States in 1987 and earned another bachelor’s and a master’s of fine arts degree from the Academy of Art College (since renamed Academy of Art University) in San Francisco. He now lives in the East Bay, where he shares a studio with his wife, Weizhen Liang.

“[My wife] and my son stayed in China for the first year I was in graduate school, but they came over after that, and we have been here ever since. She is my number-one supporter and always has been.” Liang is also an accomplished painter, although she came to the medium later in life, after studying literature in college.

Since his arrival to the States, Liu has made it a point to try to provide something of a bridge between Chinese culture and that of America, which he loves. He travels extensively, often back to China, to Tibet specifically, but mainly to the Southwest and Western U.S. His paintings, with culturally specific detail, show a deep appreciation for the landscape and the people of both places. And he wants to show gratitude to the people who supported him in those early days in China.

One particular work that shows this bridge between the two cultures is a piece called Tibetan Prayer, which depicts a man in a cowboy hat, oddly enough, spinning a prayer wheel as he circles Jokhang Monastery. The painting is alive with color and motion, though nothing but the man is actually in focus, and the wheel itself creates the centerpiece of the painting.

Talking to Liu, it’s easy to imagine a guy who greets each day with an excitement about having the opportunity to do what he does. Blending Realism and Impressionism, his work seldom shows any sign of darkness; his colors are vibrant.

“I love Realism because it fits my personality, that love of shape I was talking about. I don’t consider myself to be all that imaginative. But I’ve also always been drawn to the Impressionists because of the freedom,” he says.

This freedom is particularly evident in Liu’s portraits, but the focus of these pieces is clearly not so much on fine detail as it is on capturing the spirit of his subject. “I love people,” he says. “I have no preference when it comes to landscapes or portraits … I love both, but meeting new people always brings me great joy.”

Liu has received many honors over the course of his long career. He’s a master signature member of Oil Painters of America and the American Impressionist Society. But none of these accolades give him any reason to stop working to improve.

“I love to experiment with different mediums, such as watercolors and acrylic. I also paint in plein air and do illustration.  Plus, I learn so much from teaching. The questions that my students ask often get me thinking about something in a different way. So I feel very fortunate to be teaching.”

And that’s just one more way the artist demonstrates his gratitude for his choosen profession. 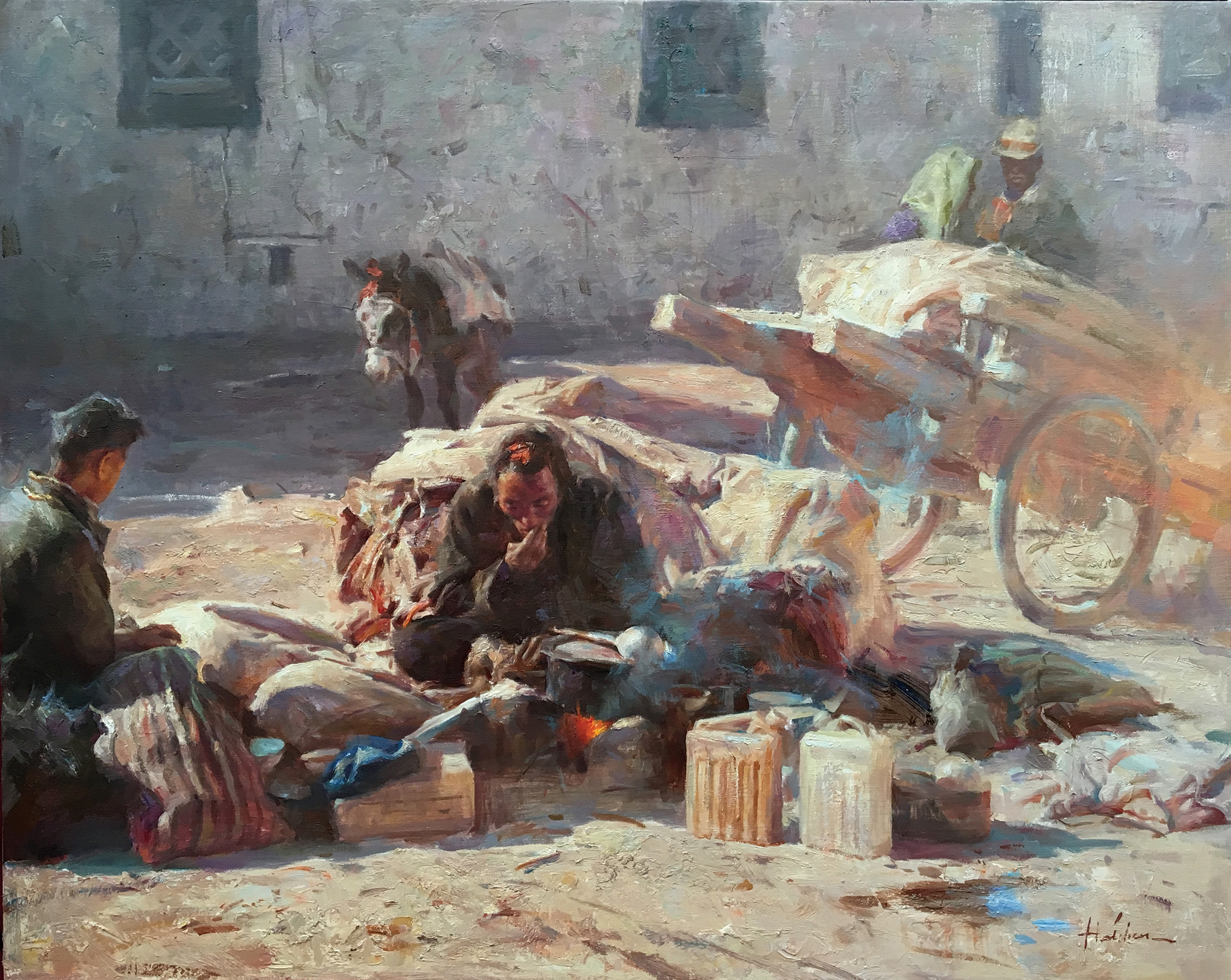 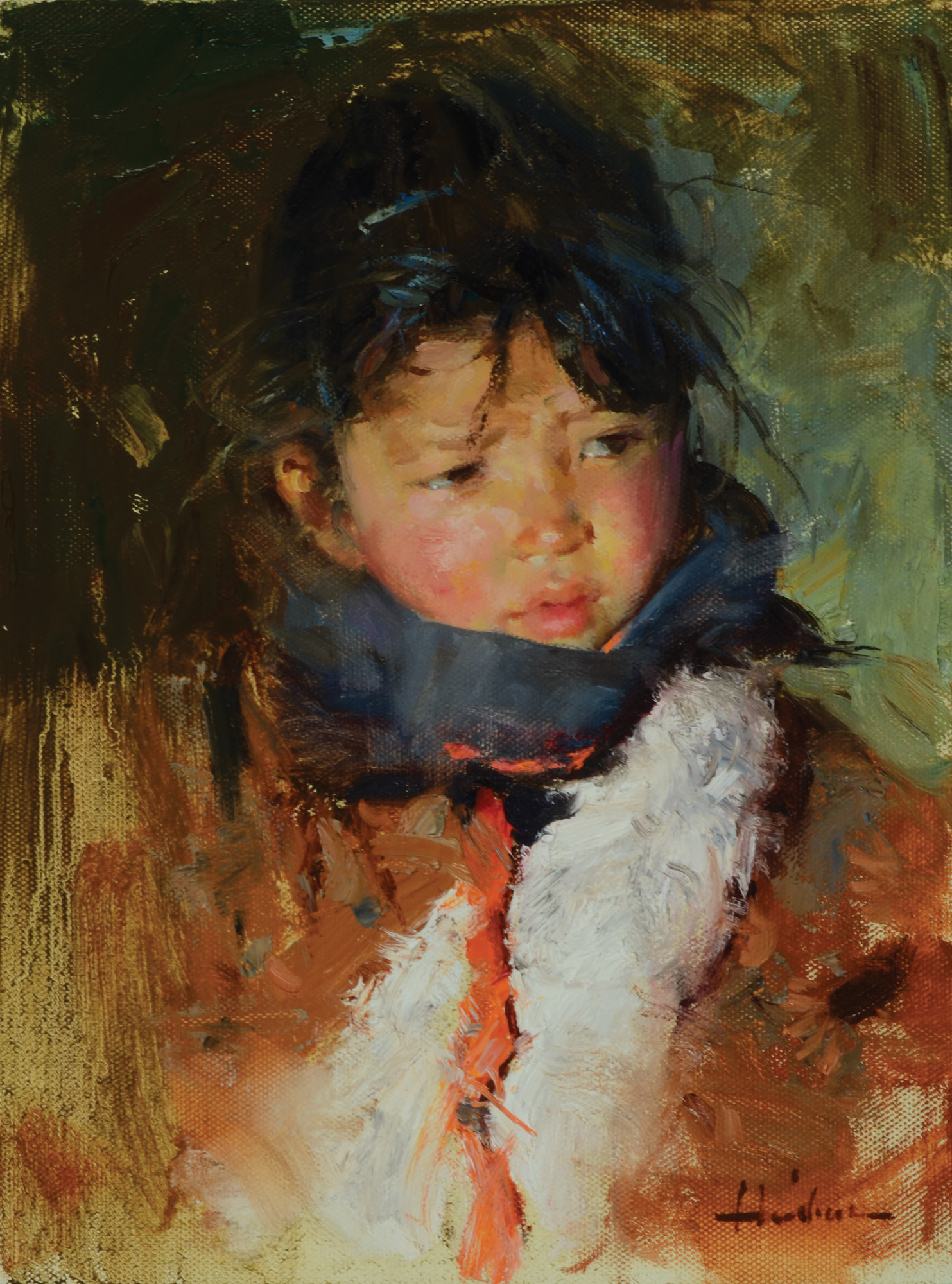