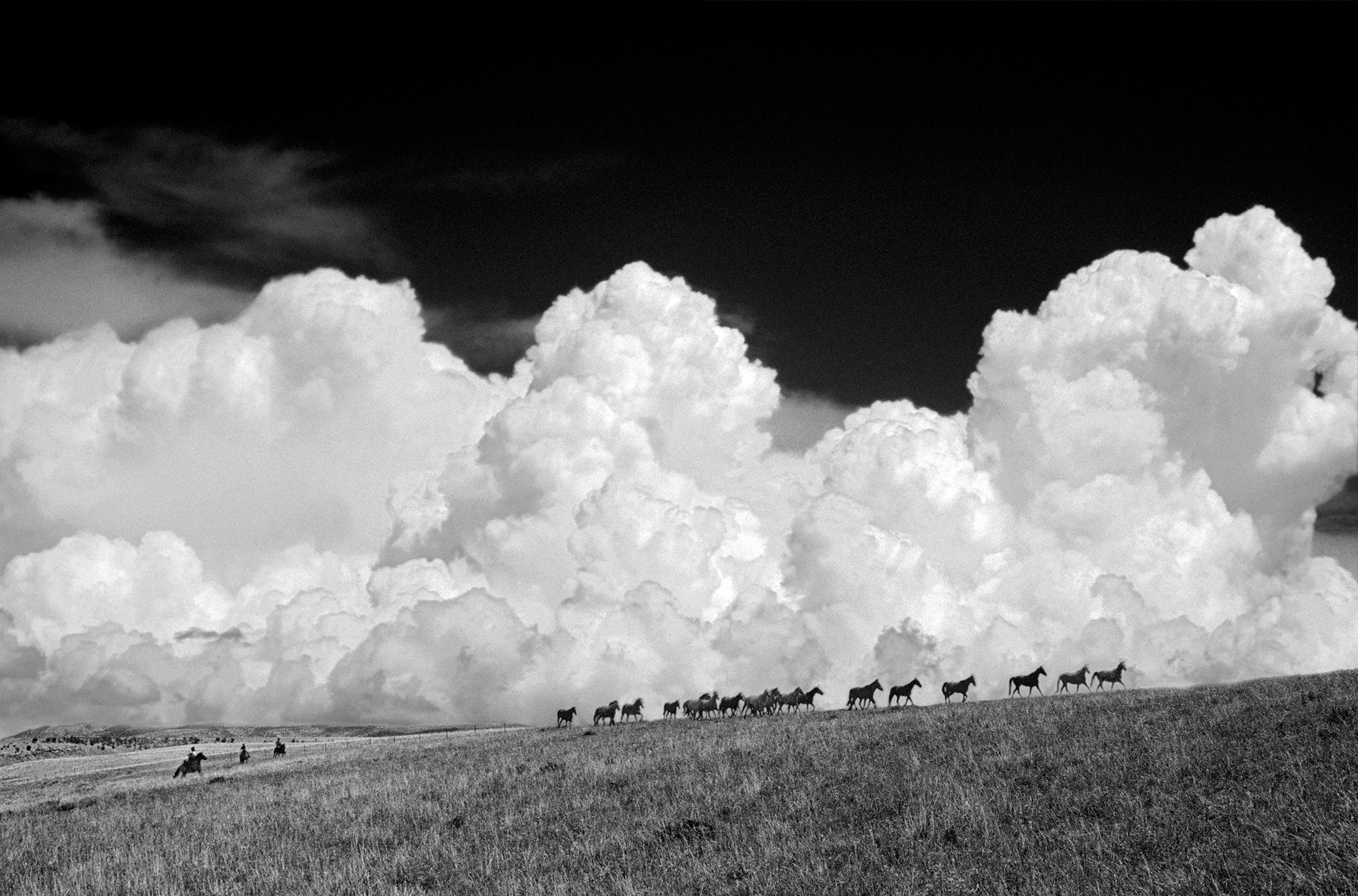 12 Jan Photographing The West She Knows and Loves

IN DOWNTOWN BIG TIMBER, MONTANA, the Grand Hotel is a hub of activities. As you enter the lobby, you “meet” Barbara Van Cleve via one of her large-format photographs displayed prominently behind the vintage registration desk. Wander into the historic saloon and you find an image from her Lady Godiva series behind the bar. Join Van Cleve for a meal in the saloon or dining room and just about everyone who walks through the door comes over to say hello, including the director of the nearby Two Rivers Gallery. Van Cleve helped found the nonprofit gallery, and she served on its board, supporting local artists and helping promote Big Timber (population 1,650) as an art destination.

The hotel proprietor, chef and wait staff all stop by to pay respects. Conversations range from upcoming events to the success of the high school debate team, the bear population, summer’s lack of chokecherries, the scarcity or abundance of snow, and suggestions for classic films to pass along to the State Cinema down the street. With the graciousness of a hometown icon, Van Cleve focuses on each individual and asks for updates about family, community and commerce. Dressed in crisply pressed ranch wear and boots, her sparkling eyes and smile complement a genuine thank you for the opportunity to connect.

The Grand Hotel, which is listed on the National Register of Historic Places, was built in 1890, 10 years after Van Cleve’s great-grandfather, Paul Ledyard Van Cleve, registered the Lazy K Bar brand and homesteaded the original family ranch north of town on the eastern slopes of the Crazy Mountains.

Rising abruptly from the plains, the Crazies are windswept, igneous-formed “island” mountains sporting numerous peaks topping 10,000 feet. Among them is 11,214-foot Crazy Peak, which was once part of Van Cleve’s family ranch.

Van Cleve views the Crazies from a huge living room window in her rambling ranch-style home and studio on a hilltop just south of town. “I love how the seasons change the moods of those mountains,” she says. “They’re kind of wild and handsome, and they’re home.”

Her studio, which is located in a converted garage, is literally piled high with evidence of seven decades of making photographs. Narrow pathways lead to work stations for computers, medium and large-format Epson printers, a drum-scanner and an oversized work table. Flat file drawers are filled with small photos and vertical bins contain matted prints that measure up to 38-by-48 inches. File cabinets are organized by folders of master prints and contact sheets, each meticulously indexed by year, month, photo roll and negative numbers. Flat surfaces display a collection of antique spurs and bits. On the walls are lovingly framed family ephemera, including Christmas cards, prints and drawings by the likes of Will James, J.K. Ralston, Tom Lea and Duane Bryers. Bookcases include monographs documenting her favorite photographers, as well as her own published books and catalogs. Shelves are stacked with boxes of negatives, 35mm slides and a variety of other projects she made nearly four decades ago.

To access much of this material, the 5-foot, 3-inch horsewoman and photographer, whose persona stands so much taller, grabs a foot stool or ladder. “I’m a packrat, I save everything,” she laments, adding that when she moved back to Big Timber from Santa Fe, New Mexico, in 2004, she had just digitized all of her negatives. “For decades I processed my gelatin silver prints in a darkroom. Now I call it my ‘light room,’ because I use computers and Adobe Photoshop.

“I was skeptical of the fidelity and durability of digital images,” Van Cleve continues, “but I’m glad to say that I’ve been proven wrong. I now work exclusively with digital cameras. I still compose in the viewfinder, but I love being able to see the captured image instantly. I don’t miss changing a roll of film on horseback, nor do I miss all the chemicals that could have polluted our well and gray-water septic system.” In keeping with her evolution from rancher to teacher and fine-art photographer, Van Cleve has made the most of improvements, taking advantage of technology, even when it might augur the demise of traditions. …

“We can’t slow down what’s happening in the world, but photographs are a way of hanging onto it,” she says. “If we didn’t keep traditions alive through photo documentation, they would drop away and be lost. A lot of today’s cowboys, for instance, are dressing like old-time buckaroos with big scarves and wide-brimmed, single-crease hats. That historical information exists because someone took the time to photograph it.”

Like those historic photographers, Van Cleve has become a keeper of the past. Her portfolio of more than 20,000 negatives and images records the land and sky, people and animals that have been a part of her life. “I’ve documented firsthand many working ranches since I was age 11,” the octogenarian says. “I am eternally grateful for being born and raised on a ranch.”…

When Van Cleve talks about “the ranch,” she refers to the entire Lazy K Bar Ranch, one of the largest in Sweet Grass County. Stitched together by her paternal great-grandparents, grandparents and parents, the ranch is located between the old [Montana] railroad towns of Harlowton (Milwaukee Road) on the north, the county seat of Big Timber (Northern Pacific) on the south, and west of the historic Norwegian community of Melville. Stretching uphill from Sweet Grass Creek, the land is part of the Gallatin National Forest and is laced with creeks and lakes, canyons and buttes, ravines and mountains. “There are numerous stories about my family owning, losing, selling, purchasing and repurposing ranches in the area,” Van Cleve says, adding that she and her siblings are working on a ranch history that they hope to turn into a book and an exhibit at the local Crazy Mountain Museum.

“From the time I could ride a horse, I was essentially an extra hand,” Van Cleve says. “When you are raised on a ranch, you mind the landscape; you notice the sky; you look for what the weather is doing; and you keep an eye on your cattle, your horses, your companions, and all the elements around you. It’s a team effort.”…

Once she had her own camera, Van Cleve read everything she could find on photography and studied photographs in earnest, trying to determine the aesthetic properties and narrative structures that made them so compelling. [In addition to W. Eugene Smith [1918–1976], Van Cleve also became enamored with the black-and-white photographs of cut paper made by Francis Joseph Bruguière [1879–1945]. “I wanted to learn to see in black and white, to understand how the values worked,” she says, adding that she studied the zone system of Ansel Adams [1902–1984]. “For many years, I affixed red cellophane over my viewfinder in order to better see the values and not be seduced by the colors. That also helped me concentrate on design.”

Like the documentary photographers she admired, Van Cleve also made sure she had her camera with her all the time and everywhere she went in order to capture slices of life. …

Today, Van Cleve still bristles when she hears the word “romantic” used in reference to her work. “I’m not preserving the West of myth; I’m preserving the West of reality,” she says, adding that perhaps the romance stems from a lack of understanding of ranch life. “It’s true that my photographs suggest adventure and remoteness, but that’s because so few people really know and understand ranching, both its hardness and its pleasures. That mystery might translate to romanticism. But looking at a photo of a dirty, unshaven cowboy, and seeing an idealized independent person, still baffles me.” 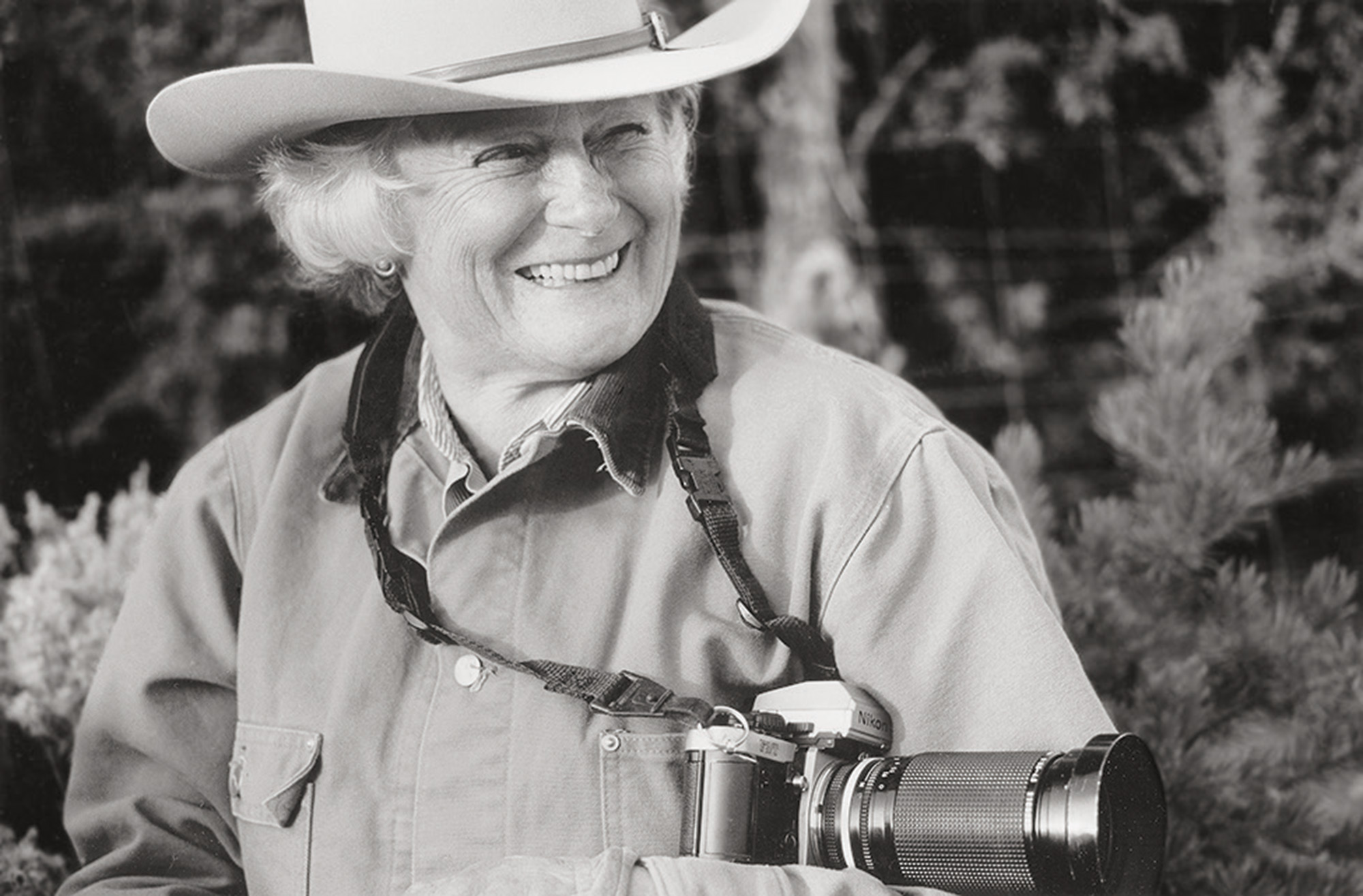 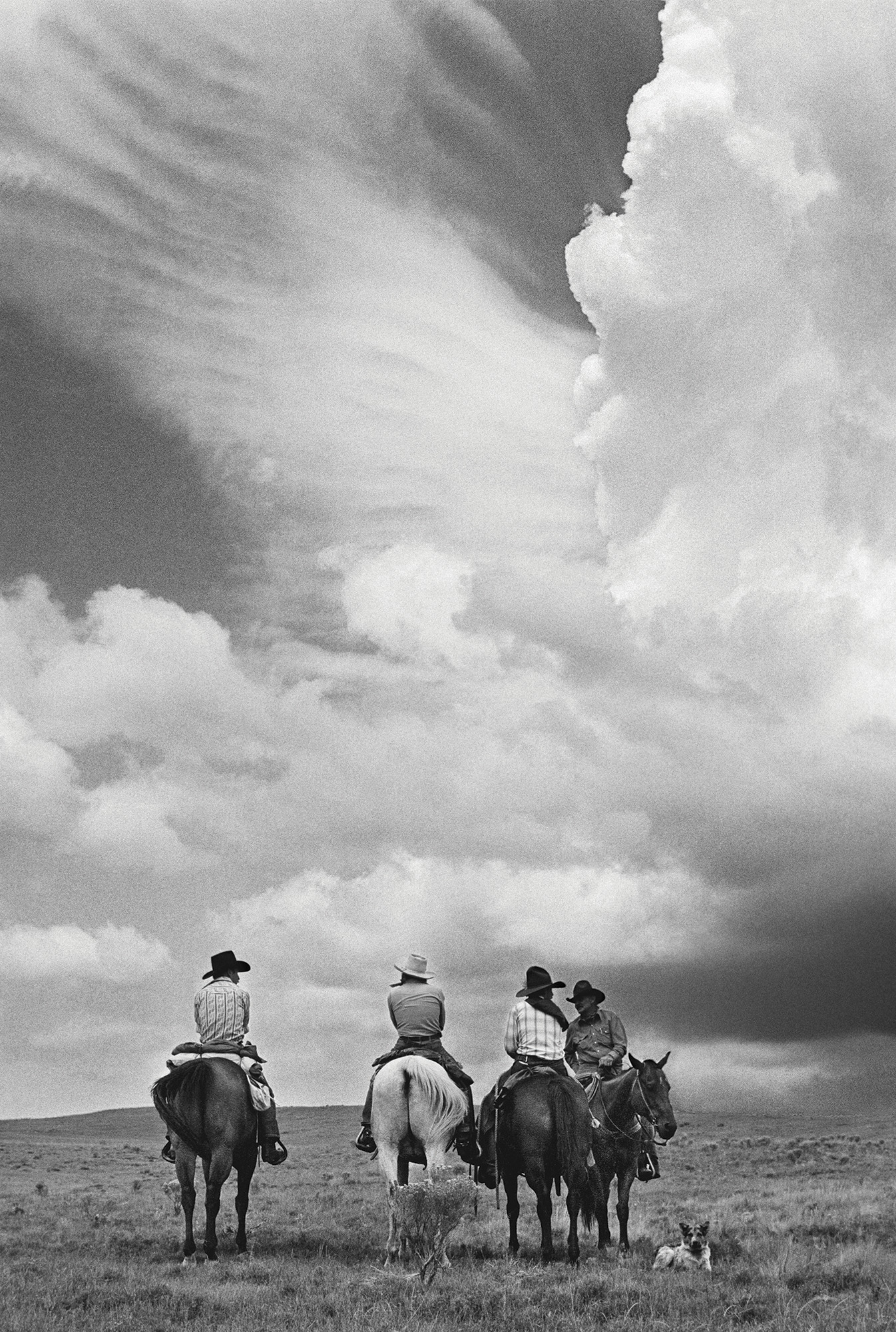 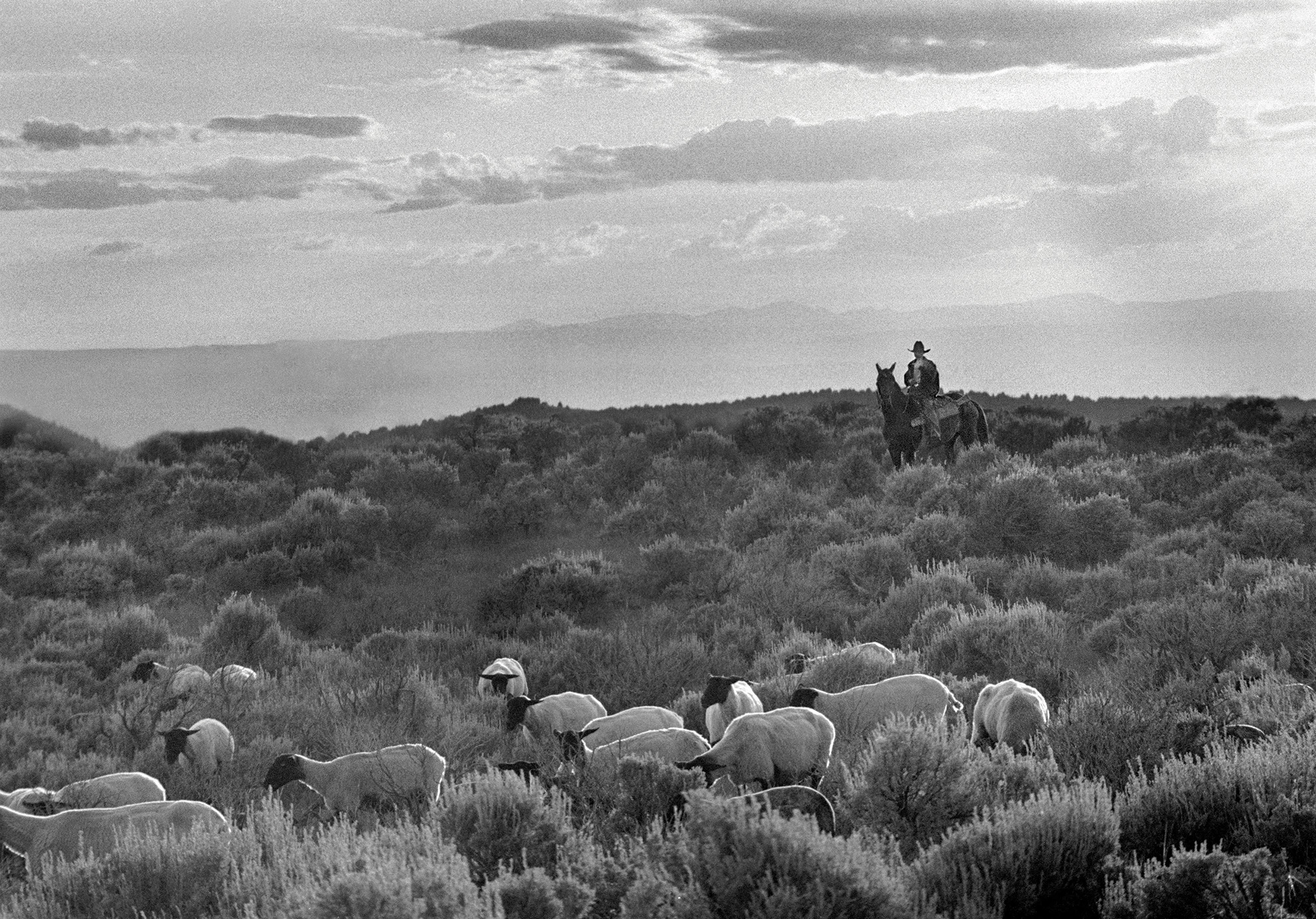 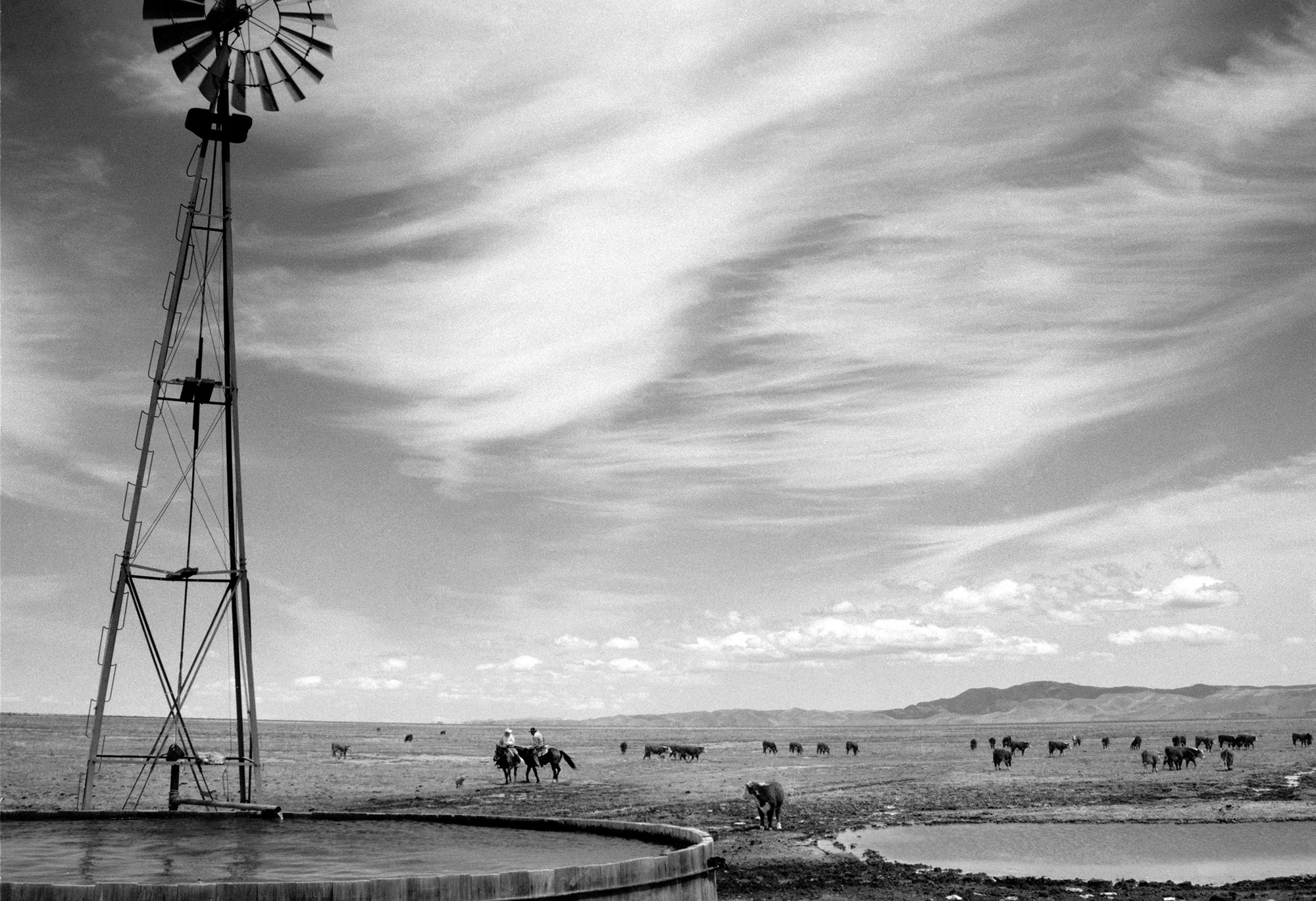 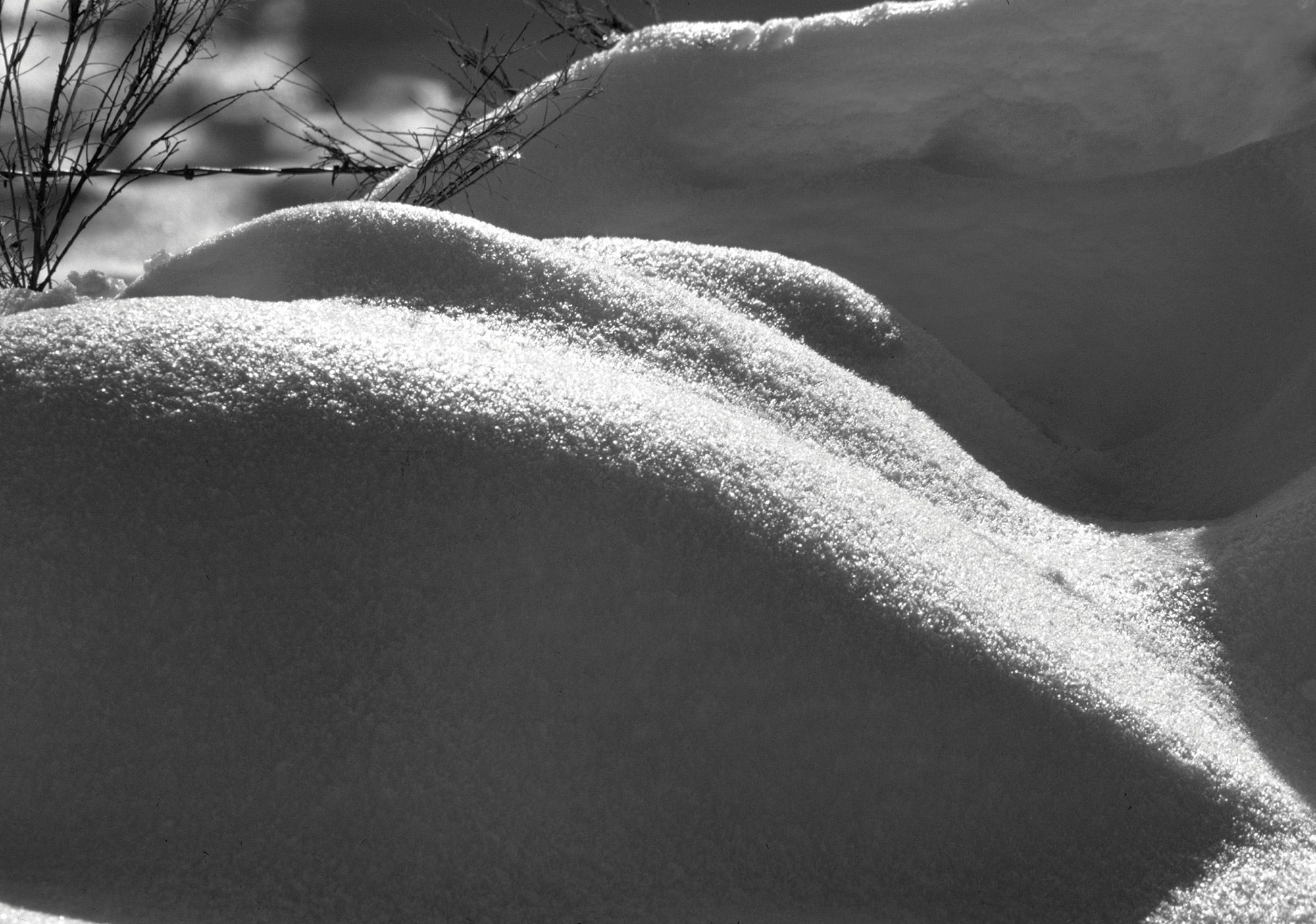 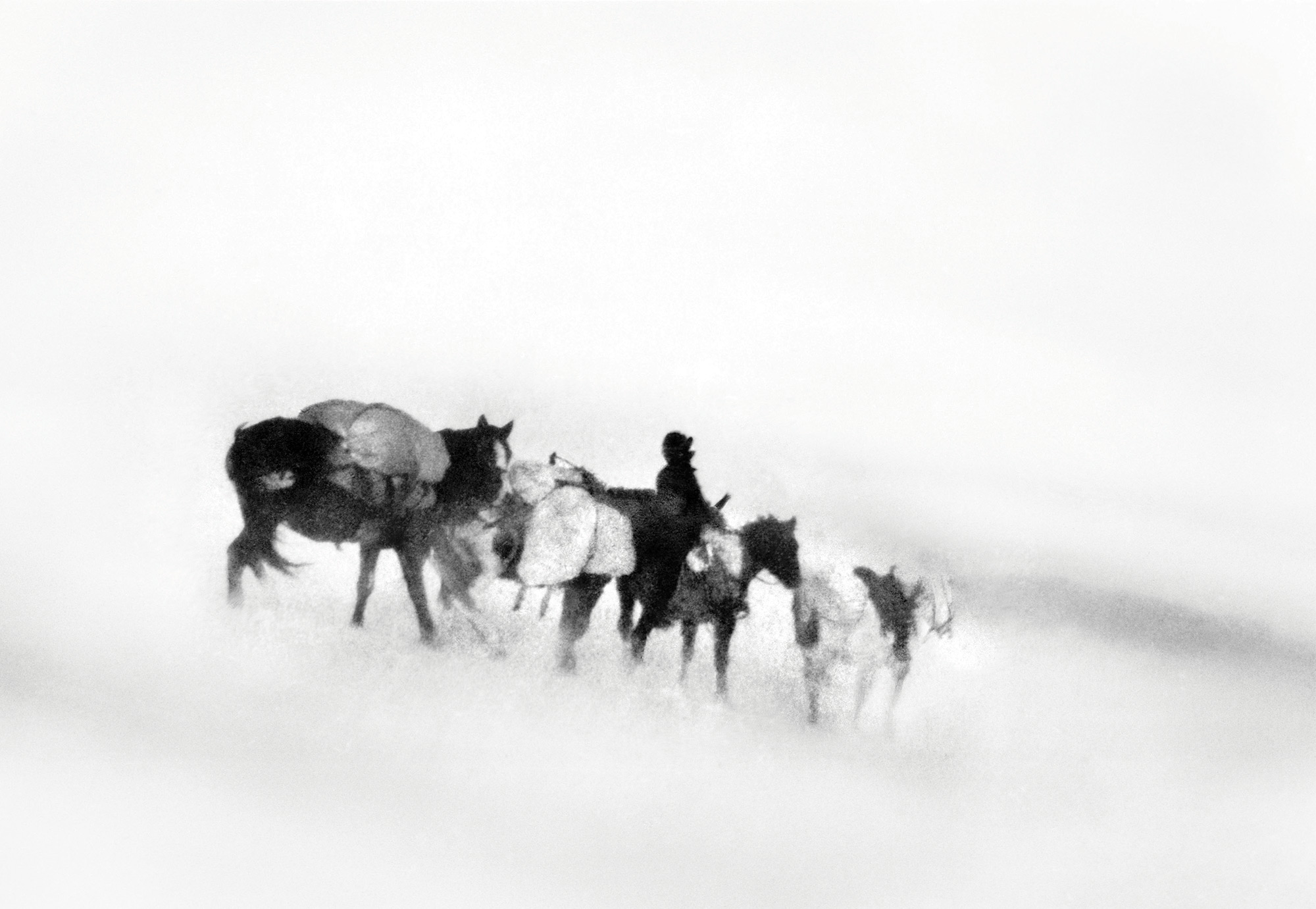 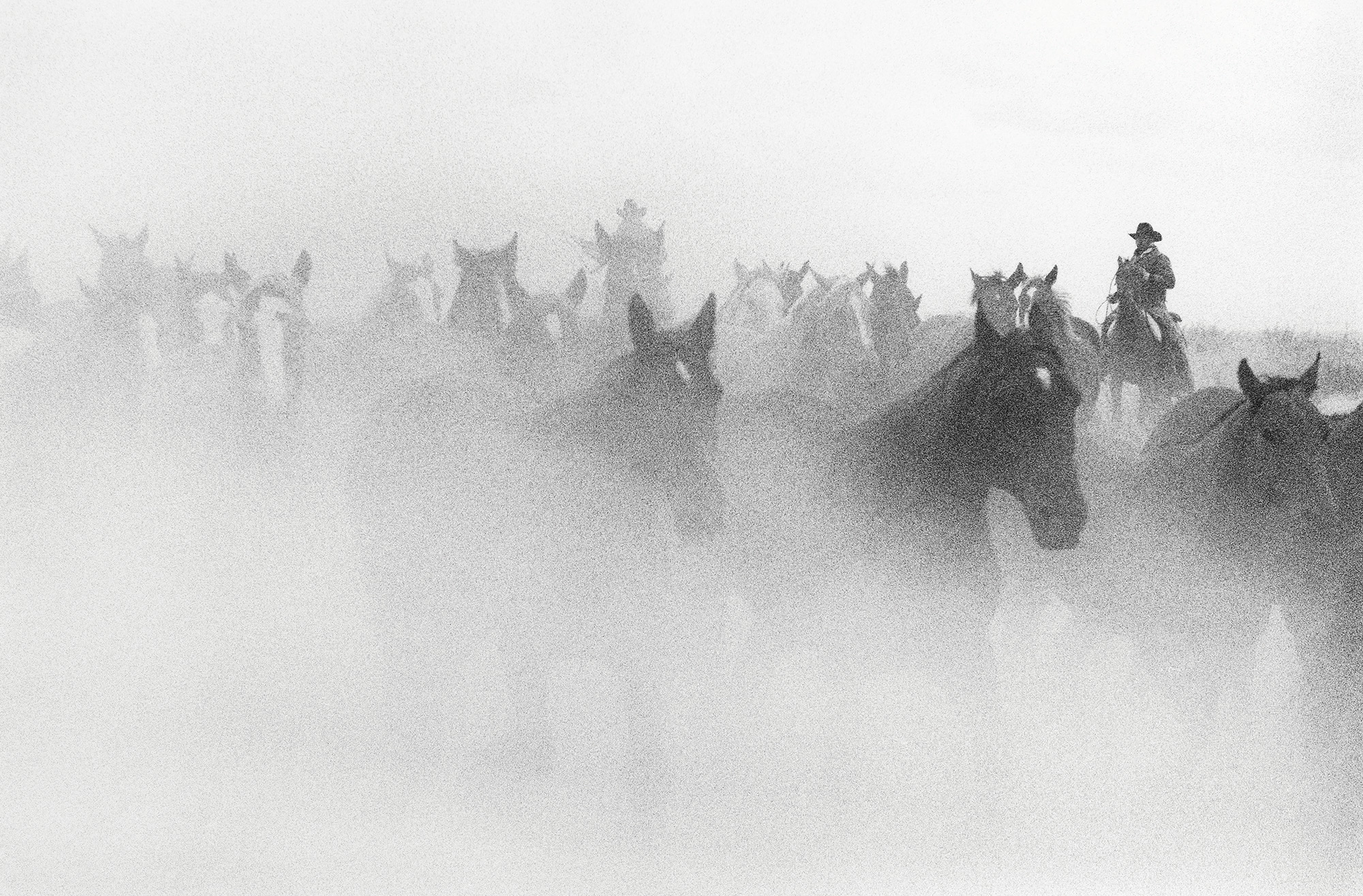