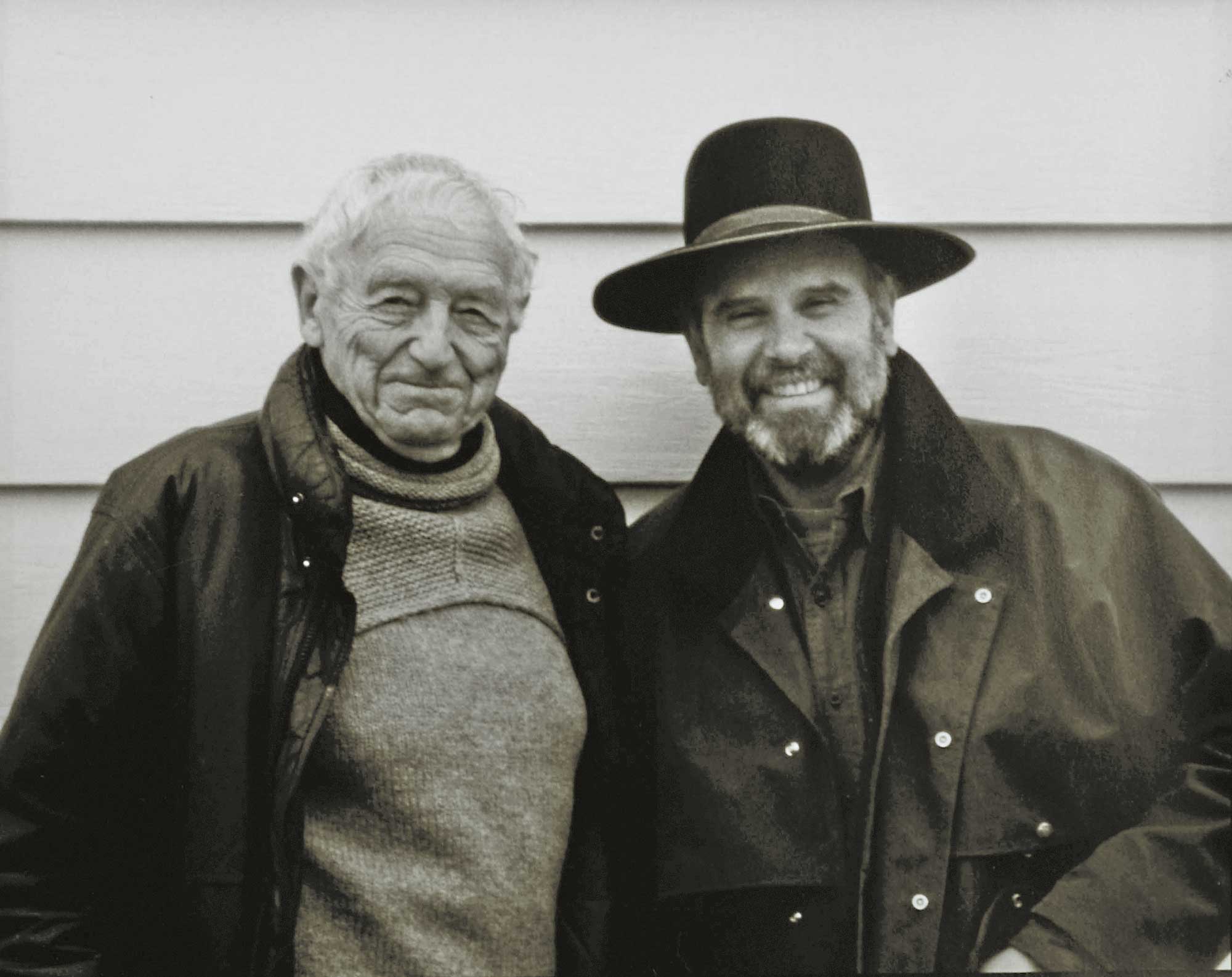 ANDREW WYETH DIED IN JANUARY, ON A WINTER'S NIGHT. He died in the dark blue bedroom with the bleached white moose skull, down beside the frozen Brandywine. He loved the winter, when the frosted ground is woven like a hand-knitted sweater and the bones are exposed and the world is asleep. It is hard edged and rough. And it is not sentimental.

I got to know Andy 15 years ago, through friends and family. He was very generous to me, though I never knew why. Perhaps it was our shared love of watercolor. There is a bond we watercolorists have that transcends the medium, and Andy was the consummate watercolorist. He had a touch with the brush that was poetic. He knew when to pile on the paint, right out of the tube. And he was the master of restraint. He used to tell me that the medium of watercolor had no limitations. In his hands, that was true.

There are so many moments I remember, like being invited over to see a new painting, fresh off the easel. Or sitting upstairs in the Mill, where Betsy had installed a personal exhibit of N.C. Wyeth’s Western work, which included most of his best paintings of the West. I sat in front of a very large Sioux Indian painting of Custer’s Last Stand which his father had collected in Denver in 1904. Andy and Betsy sat on either side of me, taking turns reading letters from N.C. to his mother about his adventures in the West.

Andy’s visual language was Realism, because he respected what the world had to offer. But his paintings were built on his endless imagination. He was truly free. My favorite works of his were his brisk, gestural sketches which were so abstract. Yes, they were based on Realism, but in fact, they were the watery embodiment of a free spirit escaping into the air.

Wyeth painted the same models over and over again. They were his friends and neighbors, and he had known many of them for years. He knew their stories and he knew their secrets, and the paintings reflected the depth of those relationships. Andy taught me through example, that the depth of one’s relationship with the subject directly affects the emotion in the painting.

Andrew Wyeth was very private when it came to his work. He never talked about what he was working on, but he was always working. And he was very disciplined. His schedule was to rise early at 5:30 and be working by 6:30. He spent hours scouring the countryside. He told me it was important to sit quietly when determining where to paint and really feel the spot, to be aware of what was around and how things had changed since yesterday.

Well, things have changed. Andy knew that time had marched on, but he lived with one foot in the past. His father remained ever present. All of the characters that had been woven into his dreams remained close. And he continued to paint. Some of his last paintings were among his best. Andy never lost the little boy excitement that woke him up early in the morning, excited to roll out of bed and reach for a brush.

The last time I saw Andy was September. We had a wonderful family lunch. He was lucid and enthusiastic, and gave no sense of fatigue, in fact he seemed to want to talk about where inspiration comes from. Andy was not a religious man, but he was deeply spiritual in an earthy pagan sort of way, and was always fascinated with death.

Andrew Wyeth spent most of his 91 years drawing and painting and mining his memory bank for thoughts and visions that were relevant. In that time he rowed against the current and did exactly what he wanted. We should all be so lucky. 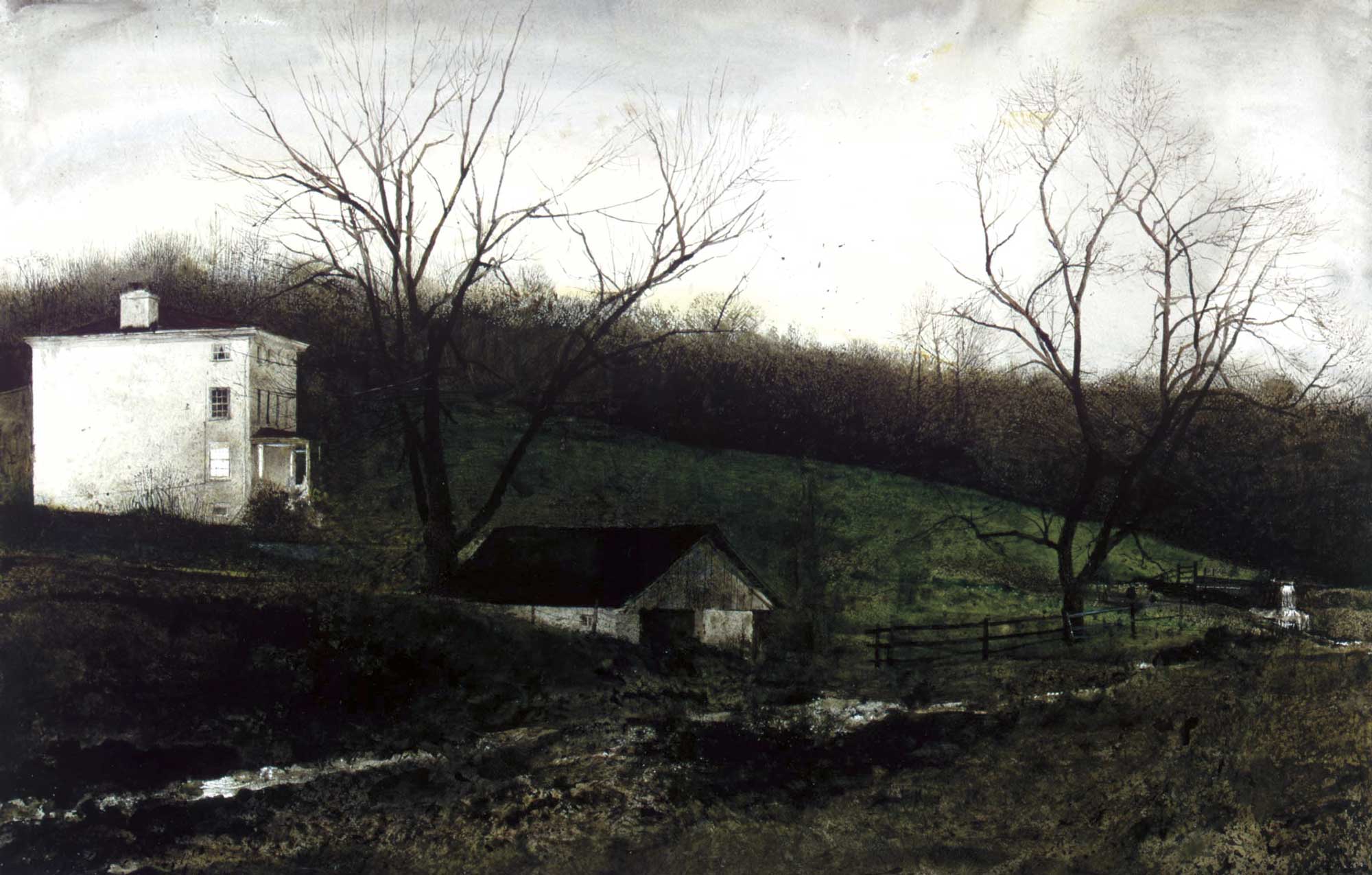