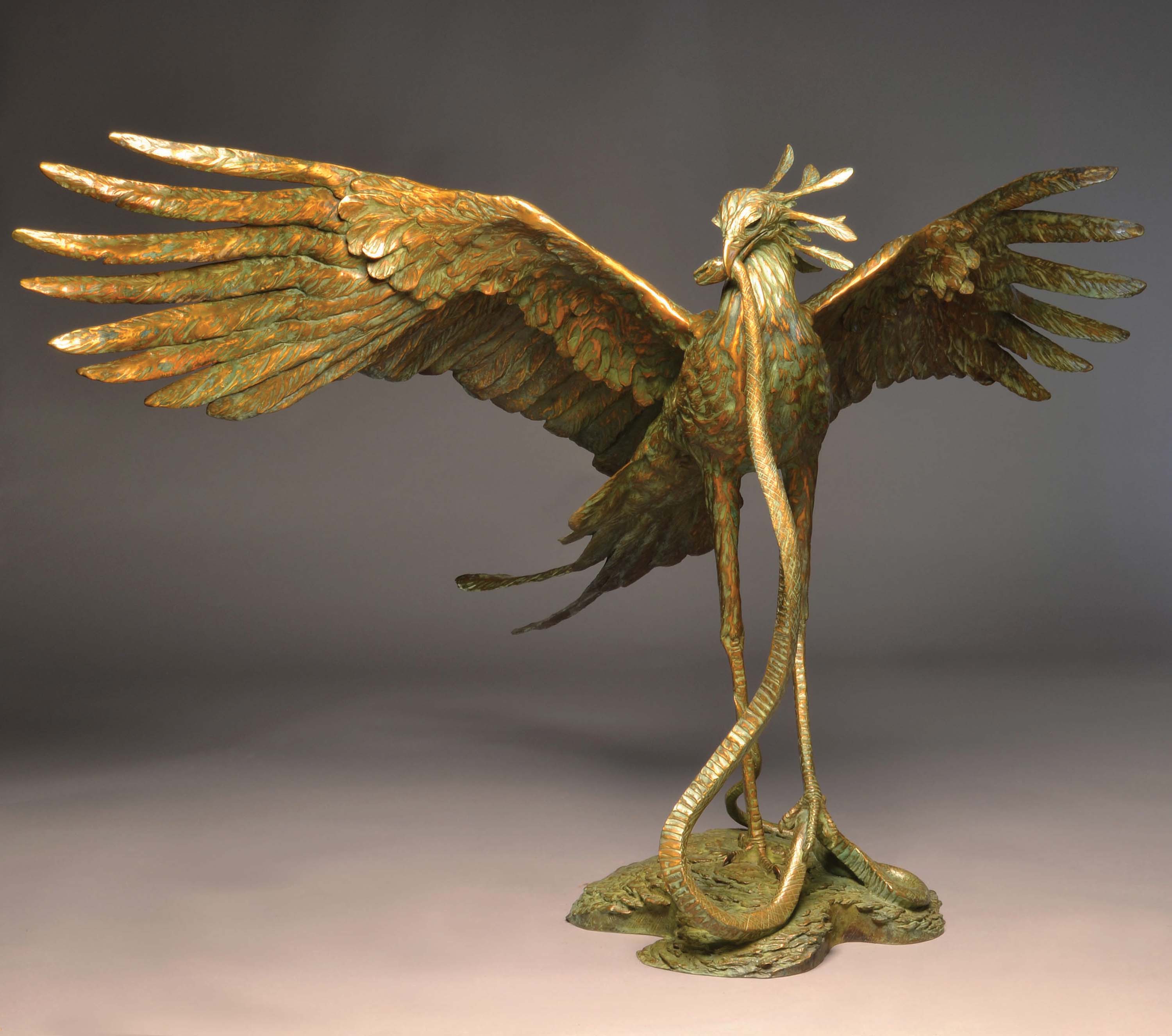 A GREATER PRAIRIE CHICKEN INFLATES ITS NECK SAC and “booms” to call in a crowd of females. Water sprays from a mallard’s feet and tail feathers when it rises from a pond. A pair of secretary birds dance around a black mamba as they move in to stomp on their deadly prey.

Moments like these fuel a passion Stefan Savides has followed since his first memory.

“At 4 years old, I slipped through an open gate in our backyard and discovered the neighbor’s chickens. They chased and pecked at anything I threw in their pen. Their quick, fluid movements and the way they responded to my actions enraptured me then. It still does today,” Savides admits.

It is a rare person who follows the same path from his earliest memories without veering too far. And the few who do almost always define excellence in their fields. Stefan Savides is one of those few. He has spent most of his life capturing the essence of birds and harnessing it in his work. Although his medium has shifted over the years, the emotional intensity a viewer experiences from his birds elevates Savides’ work beyond mere representation to the point of true art.

“I merely followed the path of least resistance,” he says. “My mother was a three-dimensional artist in floral design. She taught it. She competed in it. She judged it. Our house was a never-ending parade of three-dimensional creations. I followed in her footsteps, but just chose a different medium.”

Stefan’s mother did more than inspire the boy’s desire to create. She recognized his fascination with birds early on and figured out ways to nurture it. She even formed a junior Audubon Club and hauled Stefan and his friends on field trips to wilderness areas and museums. One day, she took them to the California Academy of Sciences in Golden Gate Park where Stefan discovered how he could take his love of art and his passion for birds and combine them.

“Those animals didn’t just crawl in there and die like that,” he remembers thinking. “Somebody actually mounted them and made them appear almost alive. I wanted to learn how to do that.”

At 12 years old, Savides purchased his first taxidermy book and began to study. But as part of a non-hunting family, finding birds required a bit of ingenuity and a little help from his father, whose job as a jail inspector required him to travel up and down the California highways. “My father was always bringing home different creatures he found on the road for me to practice on. And I spent a lot of hours searching for dead birds along the beach.”

Even at 12, Savides realized he could only learn so much from a book. With the help of his science teacher, he found a mentor — a retired preacher who practiced taxidermy on the weekends. With a bit of hands-on instruction, an eye for detail and an insatiable desire to improve, Savides grew quickly from a 12-year-old boy with a taxidermy book and a dream into a 16-year-old boy teaching night-school classes to adults. By 18, he was making his living from taxidermy. For the next 40 years, the art form consumed much of Savides’ life. He won most of the major taxidermy competitions and then he went on to judge them.

Most taxidermists begin as hunters, but Savides came to taxidermy from a different perspective. What set this son of Greek immigrants apart from the rest of the world’s taxidermists? One word: art. “I was an artist first and then a taxidermist. In fact, I never saw myself as anything other than an artist.”

Only the best taxidermists take their work and lift it to art. For that to happen, the viewer has to have an emotional experience. Savides’ natural progression from taxidermy to bronze sculpture, though later than the art world would have liked, gives the artist a chance to explore a deeper mystery in the world of his subjects. A taxidermist must focus on detail — every muscle has to turn precisely as it would, every feather must be perfect.

“Sculpture allows me to capture the essence without all the details. And it allows the viewer to experience what the bird is as opposed to what it looks like.”

Just as art gave him an edge in his taxidermy work, his extensive knowledge of birds and bird anatomy let him see a sculpture from the inside as well as the outside. Where does the leg go when it disappears beneath the fluff of a pheasant? How big is a wood duck’s heart? How close is a crane’s spine to the skin at the back of its neck? Savides can visualize these details without even thinking about them. A viewer will never see where a hornbill’s wing bone connects to its torso, but knowing those unseen details ensures that Savides will never get the outside of a bird wrong in a bronze.

Recognized as one of the world’s foremost wildlife sculptors, Kent Ullberg offers high praise for Savides. “Stefan is a brilliant bird man. He has harnessed his incredible and intimate knowledge of their anatomy and taken it to great artistic heights. You have to come from the point of knowledge in order to take liberty with nature and make a true artistic statement. Stefan has done that better than most.”

John Banovich, one of the world’s top wildlife artists, saw enough in Savides to invite him to share in his prime booth space at last year’s Safari Club International show. “Stefan captures the heart and soul of his subjects with a rather loose approach and unbridled passion. The lines of his birds are perfect, capturing so much with so little. His work is still growing and I predict he will be remembered as one of the most profound bird sculptors of our time.”

Birds are among the most varied creatures on earth. From hummingbirds to ostriches, from dazzling peacocks to gray mourning doves, they inhabit every habitat. Birds are everywhere. Too often we take them for granted and fail to see them for what they are. We see a simple pigeon or a distant flock of Canada geese and hardly give them a second thought. Savides sees them more clearly. “I think about birds as an art form. They are a glimpse into God’s creative genius.”

Fortunately, artists like Stefan Savides exist to remind us to open our eyes. He says he has given his life to birds and in return birds have given him a life. 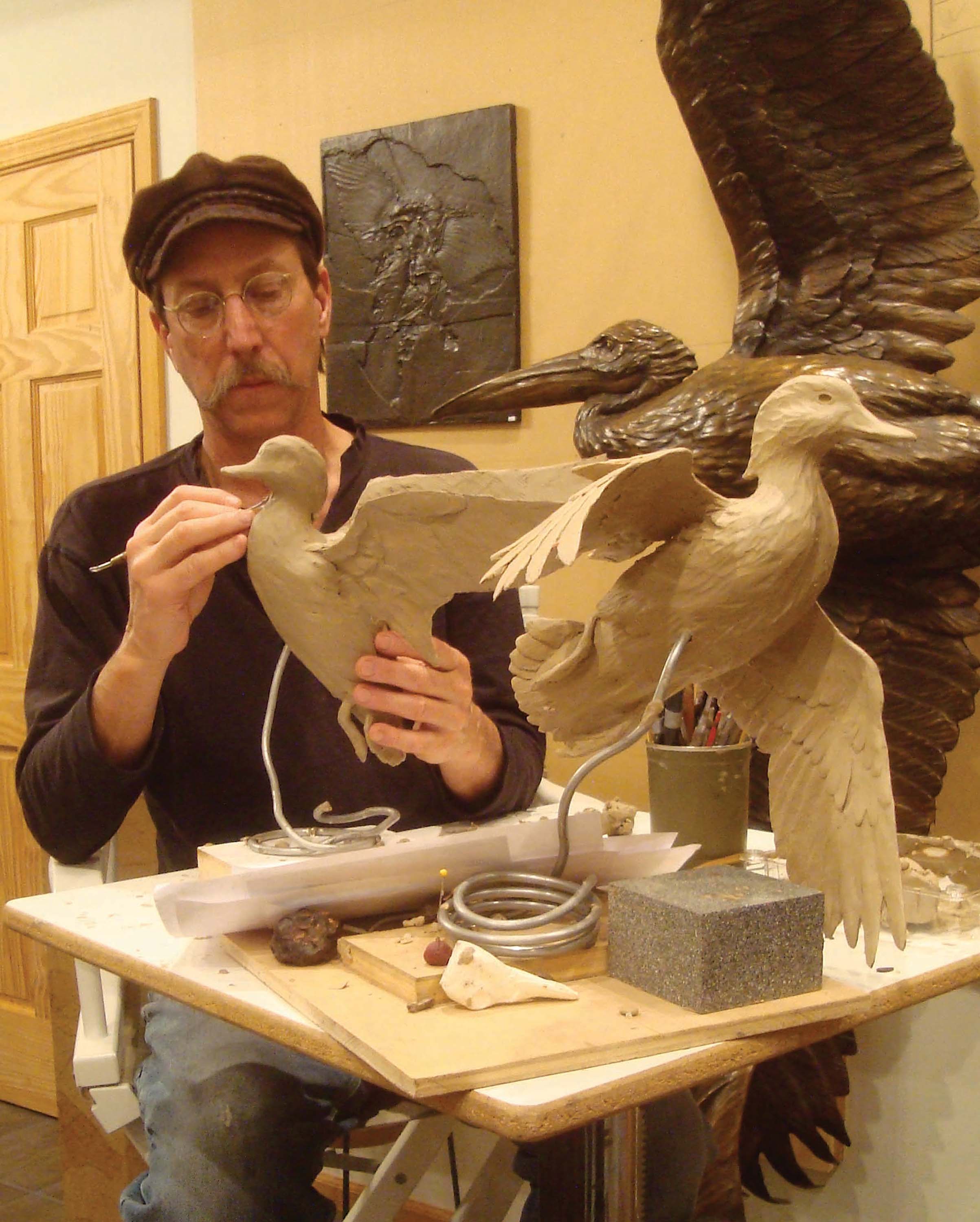 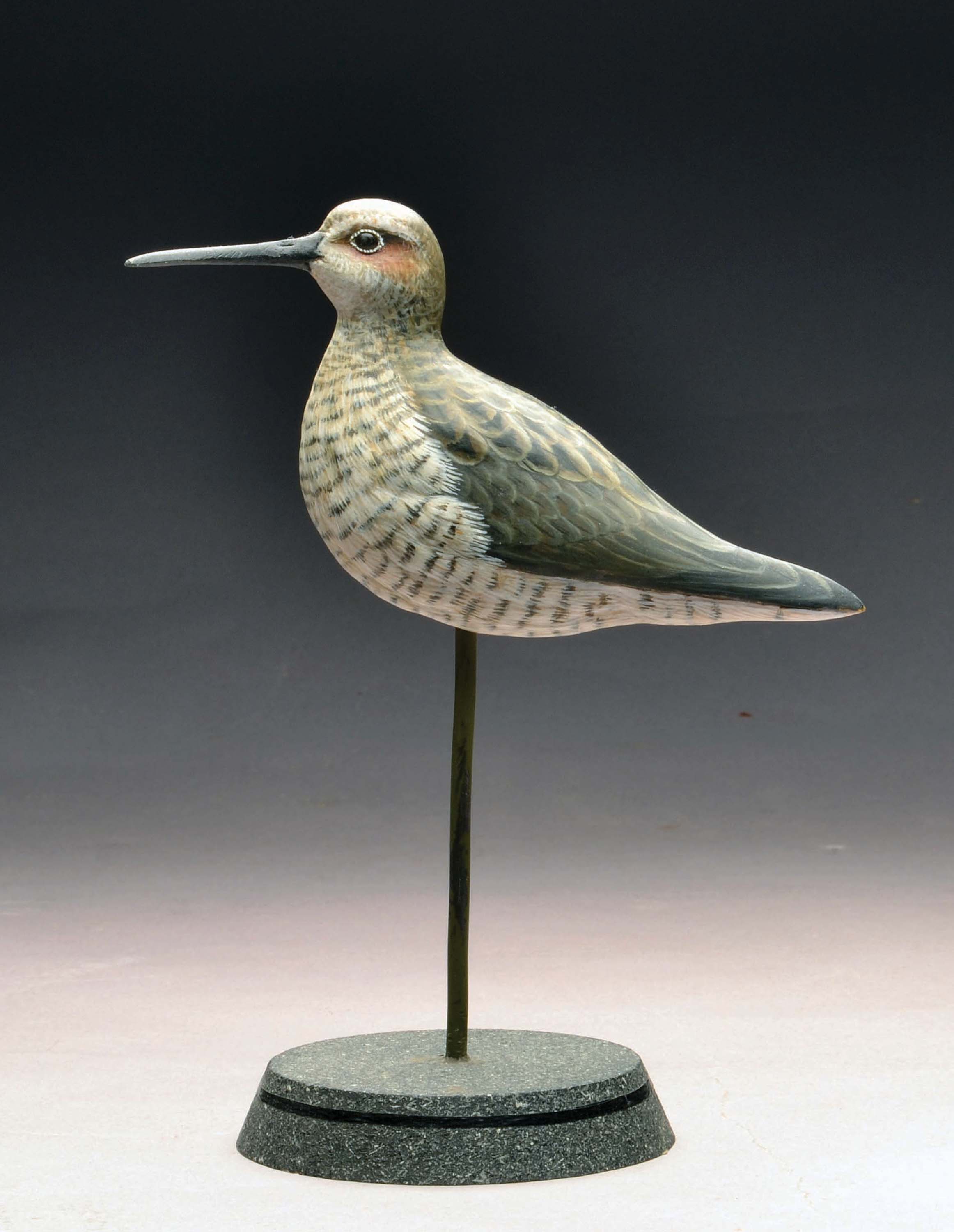 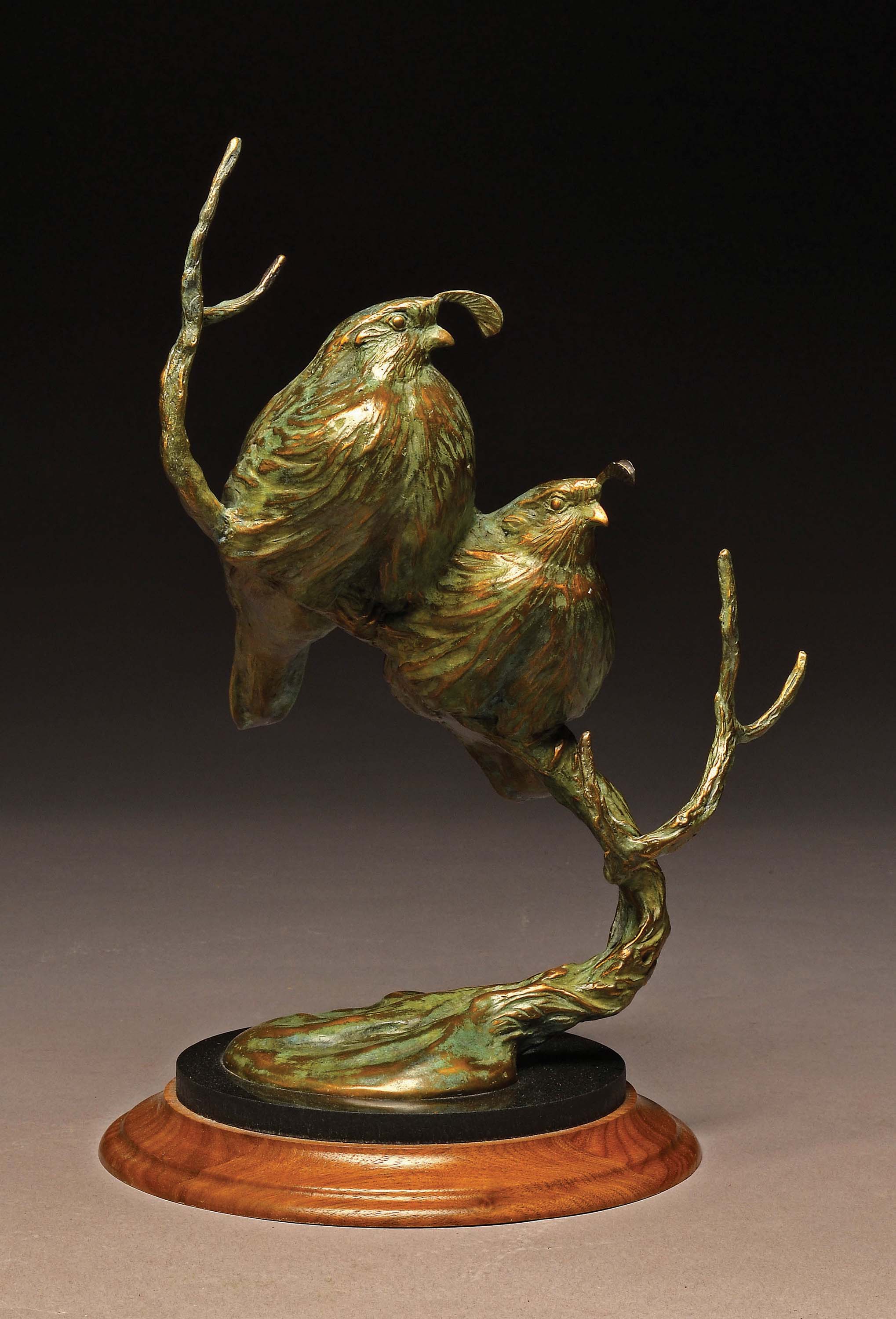 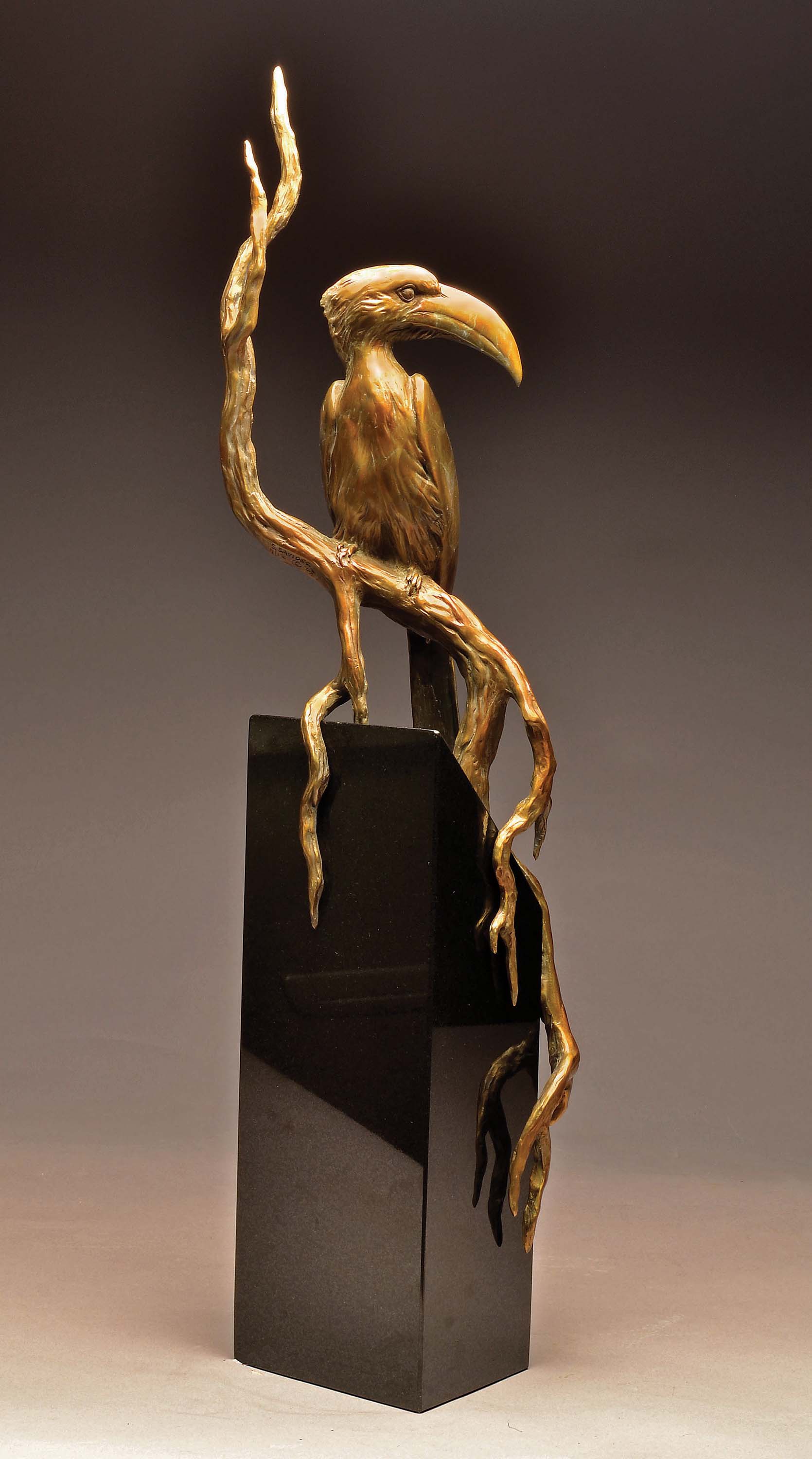