12 Sep The Next West

“THE PAST IS NOT DEAD, it is living in us, and will be alive in the future which we are now helping to make.” So said William Morris, the famed 19th-century artist, who would likely find resonance in the paintings of Maura Allen. Allen’s works have a dimensional quality in which bygone decades still simmer under the surface of today, and hint at tomorrow. 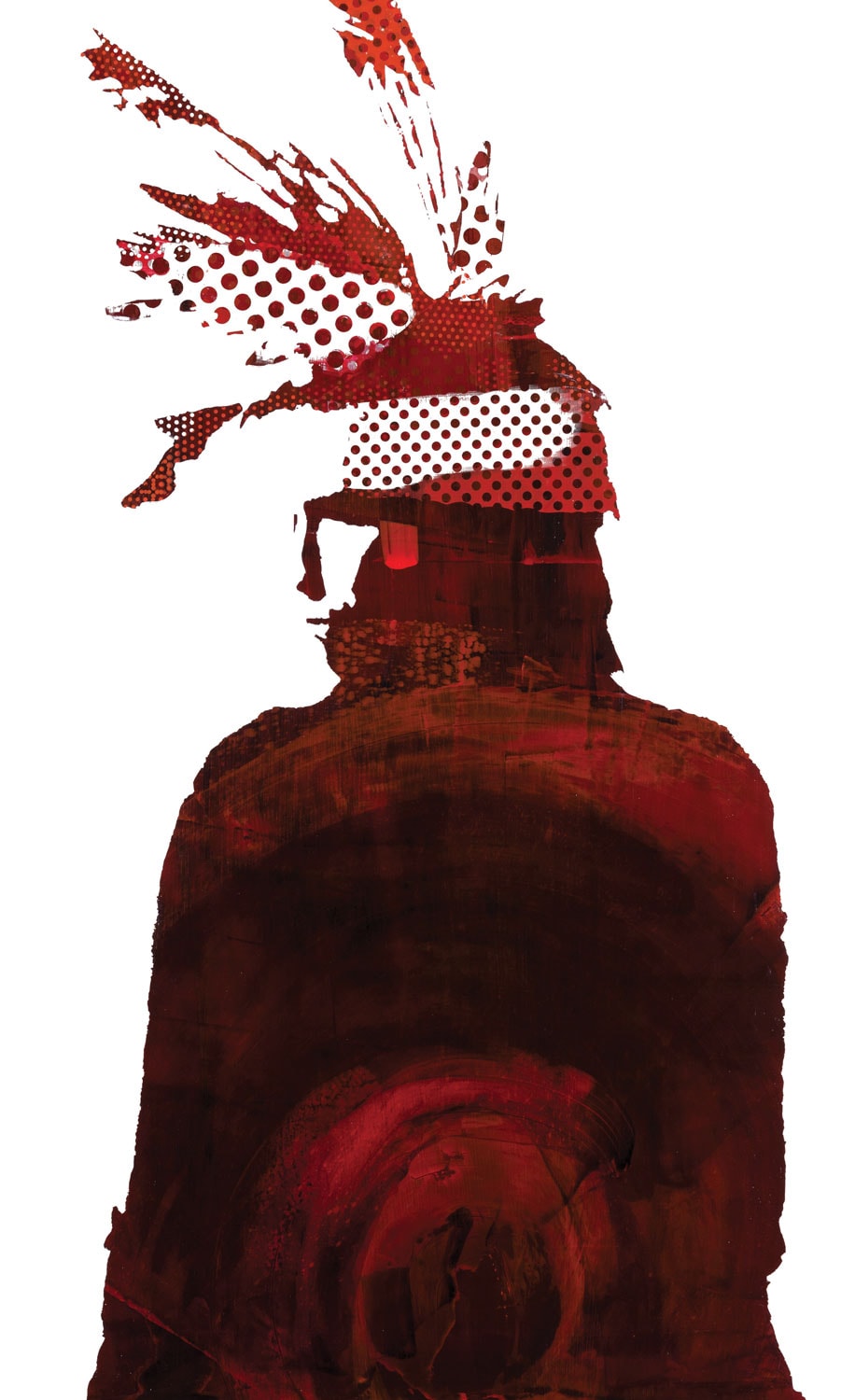 In her bold, brightly colored depictions of the West, the past is often a keenly felt presence. “What I’m interested in exploring in my work,” says Allen, “is not ‘Old West’ versus ‘New West,’ but the West as an arc of time. I want to capture this push and pull of vintage and modern.”

Allen likens her work’s layered sensibility in part to wallpaper — an analogy that would further endear her to Morris, who designed many wallpaper prints still loved today. “It’s that feeling when you’re at your grandmother’s house and helping her paint, and you see the wallpaper. You pull it back and see she once had lime green, and before that she had pink, and before that she had cream. That idea — that there’s a legacy, that people have lived here before, and now you’re going to change it and put a different story in the front — I want that feeling in my pieces.” 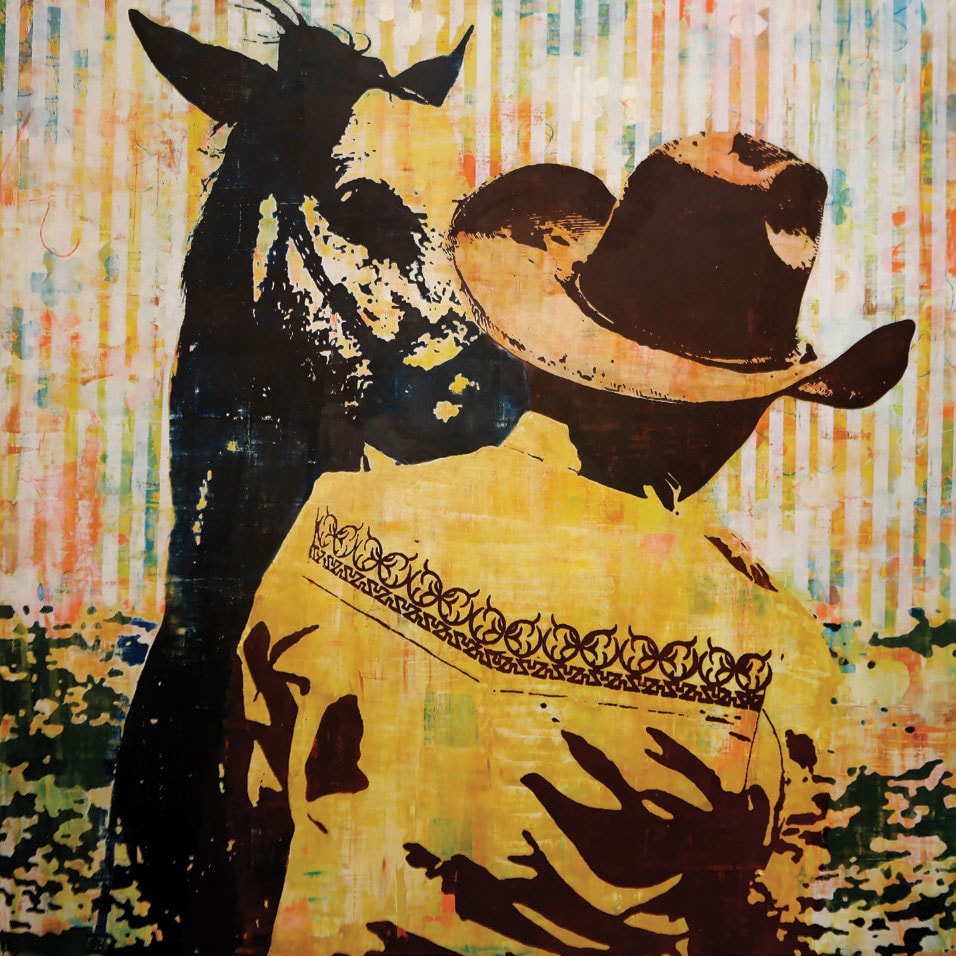 The resulting paintings are neither wholly nostalgic nor entirely modern, but an authentic hybridization that lives and breathes — not unlike the actual contemporary West and its current inhabitants. “Cowboys and cowgirls are often glamorized, but Allen’s work shows how they really live and is all the more beautiful for it,” says Marin Mullen, owner of Park City’s Gallery MAR, which represents Allen’s work. Mullen adds that collectors appreciate “the way her work depicts the daily life of the West in a modern fashion.” 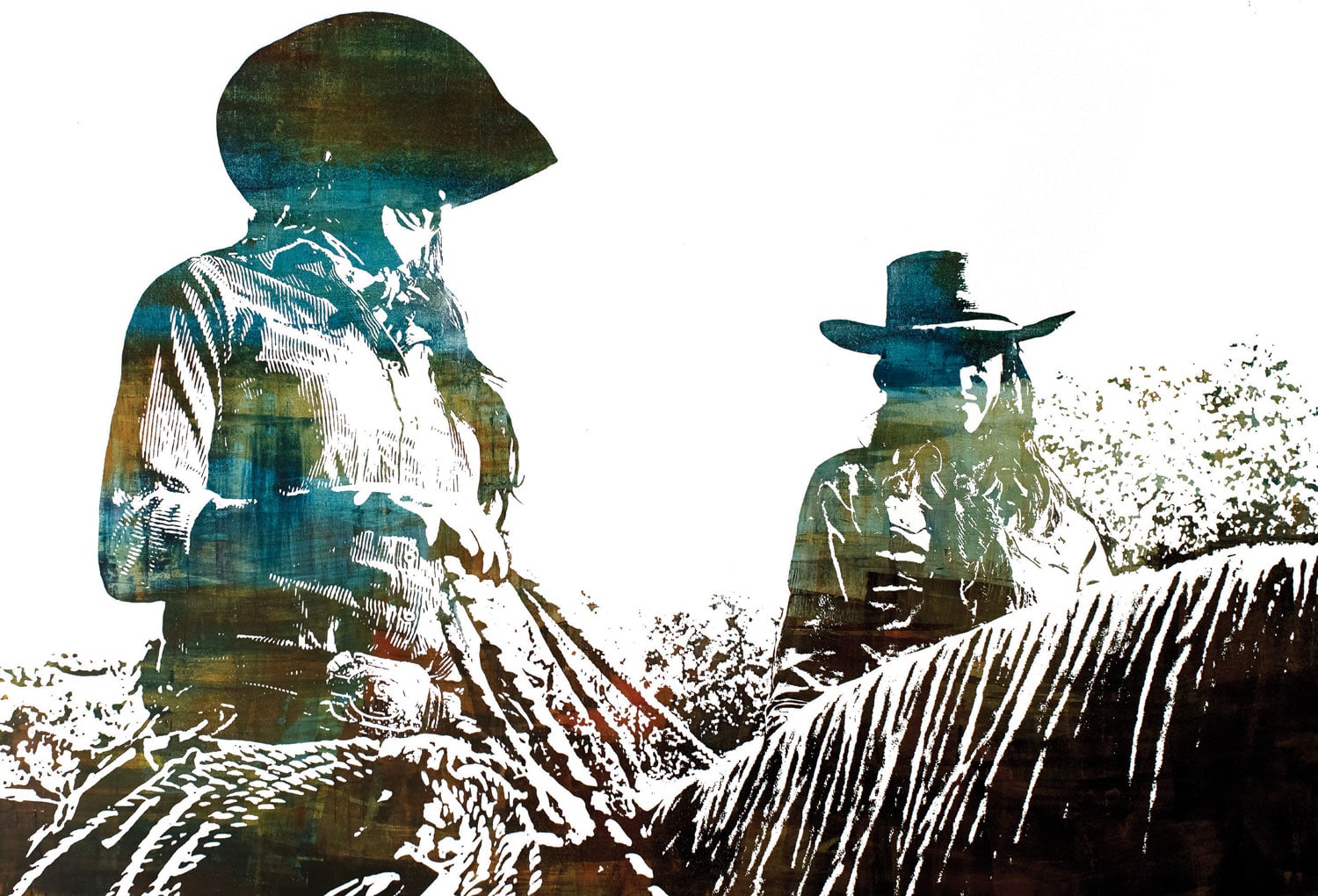 James Burns, executive director of the Arizona Historical Society, feels similarly. “Maura’s work immediately caught my eye because of its bold expression of what I call ‘the next West.’ She provides fresh takes on traditional Western subject matter …  [and] takes liberties with color, form, composition, texture, light, shape, and perspective.” 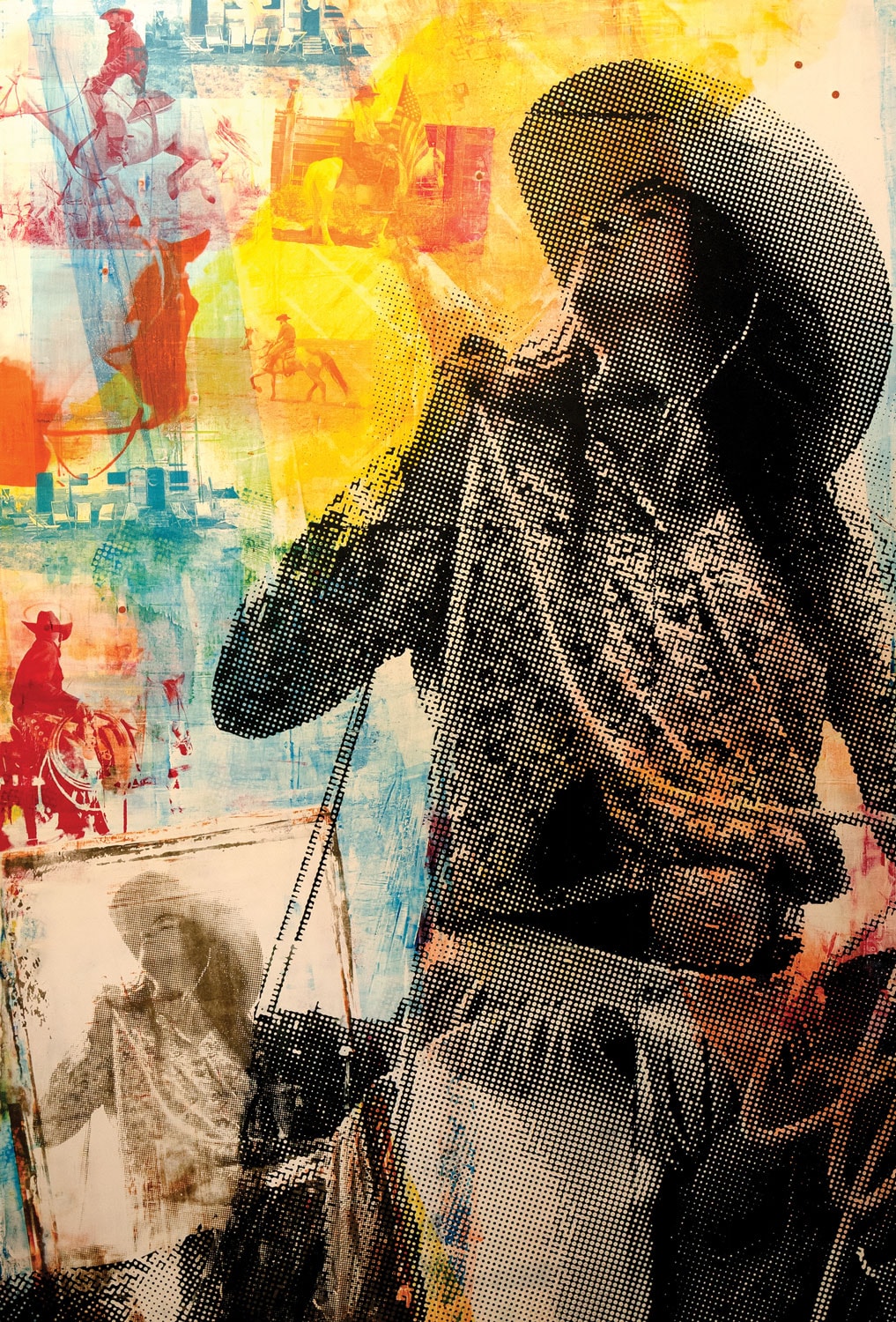 Those liberties lend Allen’s art its appealing vitality. She was a photographer first, having picked up a camera as a teenager. Many of her paintings incorporate photos she captures on her travels throughout the West. Born in Northern California and currently at home in Prescott, Arizona, she now spends a quarter of every year on the road meeting people and gathering images. Using a technique informed by both Andy Warhol and Robert Rauschenberg, Allen synthesizes photography with paint and other elements. “I’ll add line drawings of old Western objects, like a hat or a saddle from the late 1800s, or I’ll make my own wallpaper with different patterns, so you get a hint of that in the background,” she says. 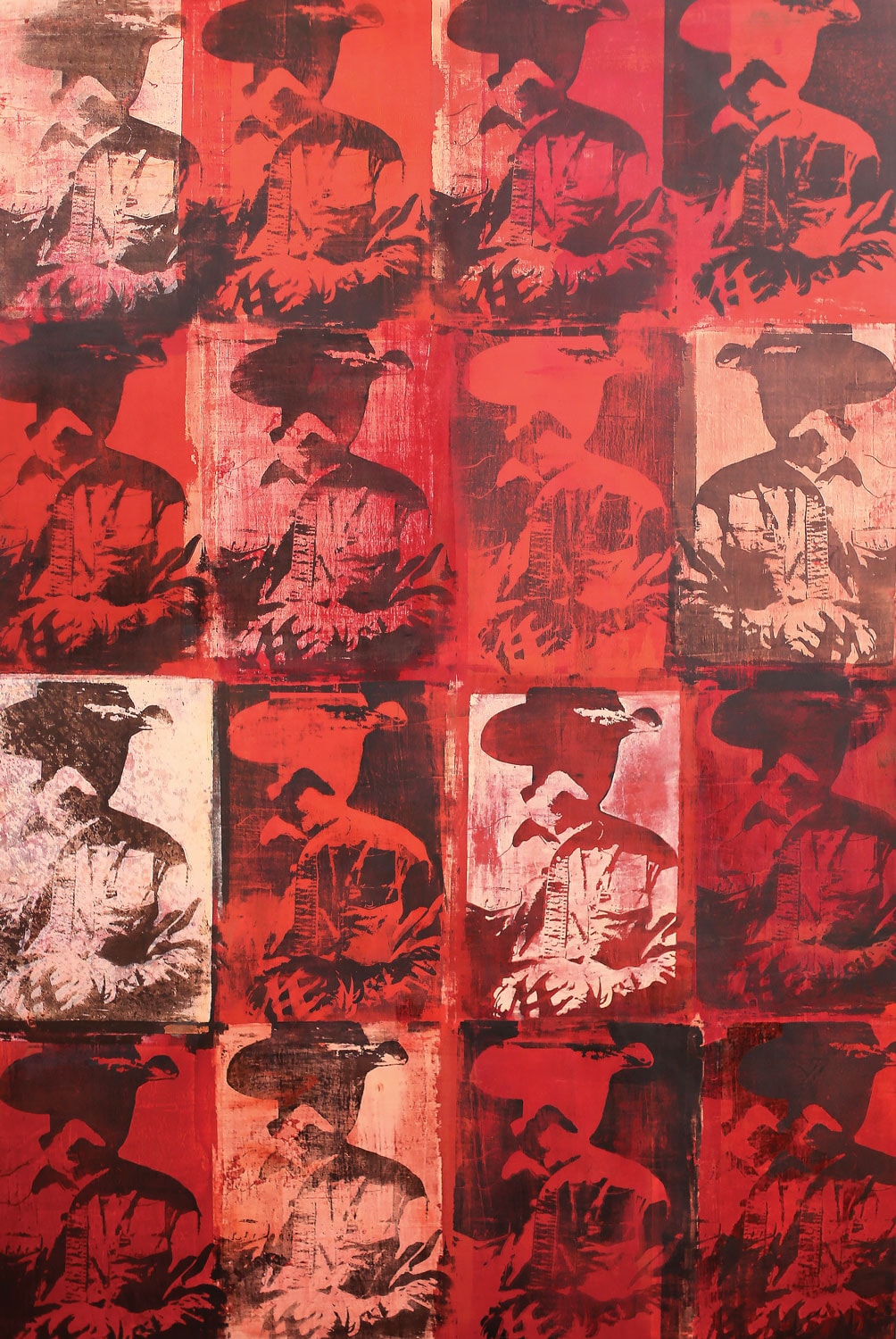 And her palette pops. While many contemporary Western artists stick to earthy tones, Allen often reaches for electric colors. She names her hues after features of the landscape: Big Sky, Red Rock, Wyoming Wheat. In her Geography of Hope series, graphic silhouettes from her photographs serve as portals into rich, vibrant colors that, for Allen, embody both place and emotion. 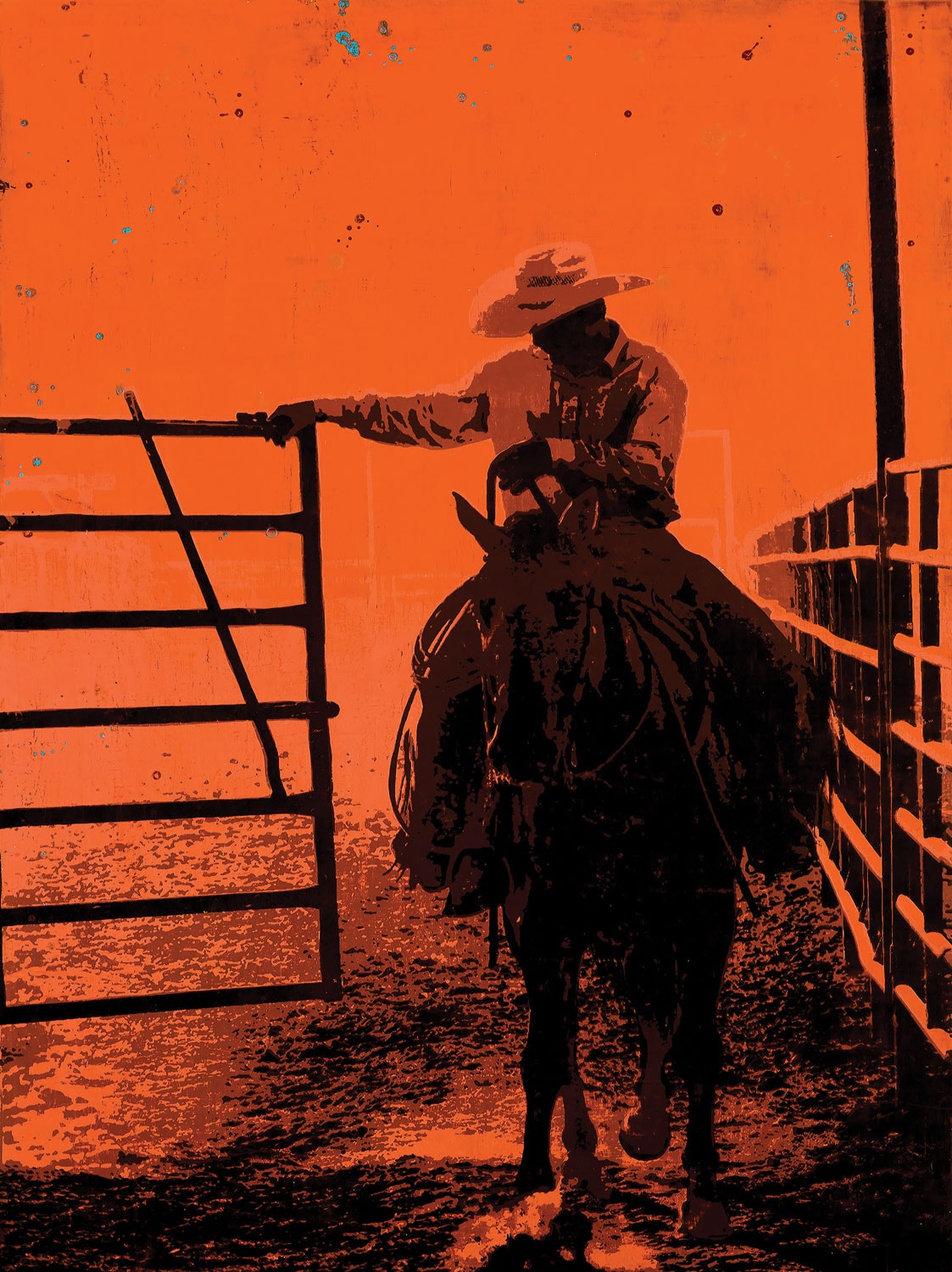 “The West isn’t just the land we stand on,” she says, paraphrasing author Wallace Stegner. “It’s also about the feeling of the place.” 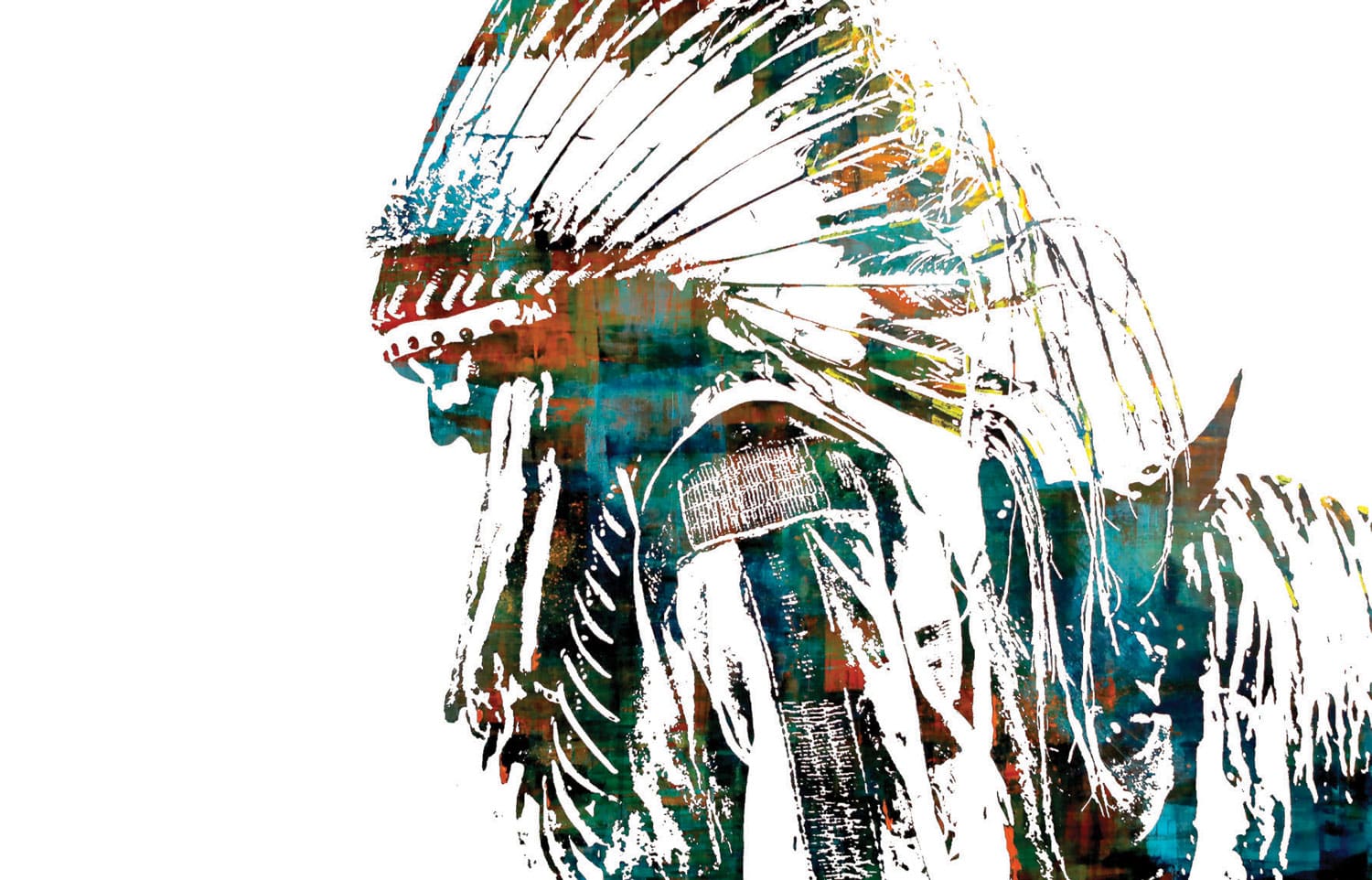