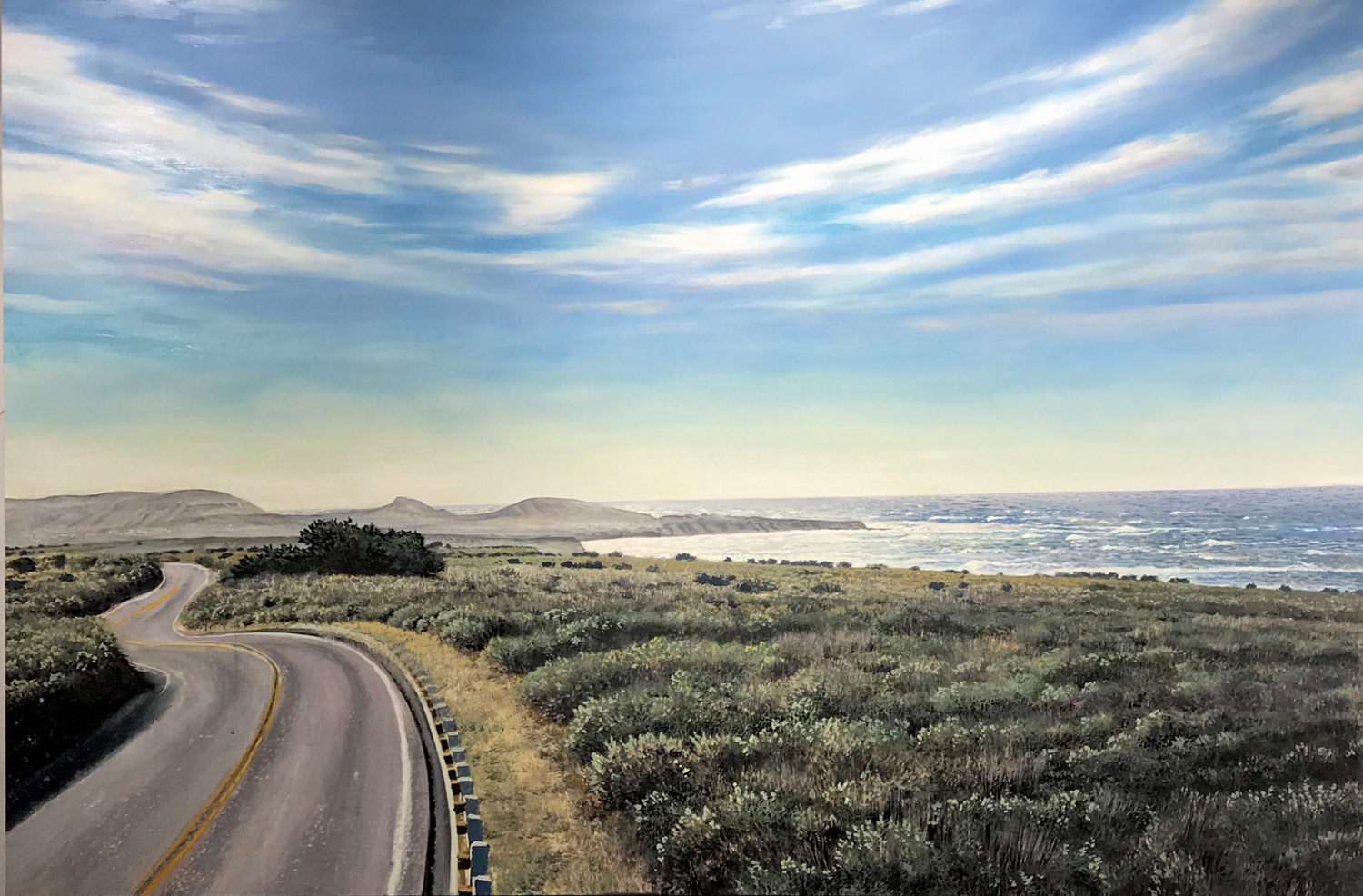 18 Dec THE ROAD TO EXCELLENCE

IN A QUIET VILLAGE 23 MILES SOUTH of Santa Fe, New Mexico, in the vast reaches of the Galisteo Basin, artist Woody Gwyn creates extraordinary portraits of all that surrounds him. He makes his home in this region of gently rolling terrain, piñon pine, juniper, grasslands, prickly pear cactus, yucca and more, daily exploring its subtle beauty.

The Galisteo River, lined with towering, ancient cottonwoods, twists through the pale high desert, and, in the distance, the shimmering blues and purples of the Ortiz, Jemez and Sangre de Cristo mountains punctuate the horizon. Above reigns an infinite sky-source of sizzling sunsets and towering, anvil-shaped storm clouds. It’s the home of few, and the wild natural habitat of many. Although he also paints in other locales, it is here that Gwyn finds a neverending flow of inspiration.

Woody and his wife, Dianna, moved to their present home in 1997 after purchasing the historically significant Galisteo Hacienda. The region has been continuously occupied by a diverse range of peoples and cultures since prehistoric times, and the hacienda itself and the surrounding compound date back to the 1700s. It has been the site of Spanish settlement, Spanish Cavalry occupation, Native American raids, Confederate battles, and, in 1851, the U.S. Cavalry. The hacienda has served as a Spanish trading post, boarding house, construction yard for the Works Progress Administration, gas station, bar, store and museum. In 1880, Archbishop Jean-Baptiste Lamy, whose life and career was the inspiration for Willa Cather’s 1927 classic novel Death Comes for the Archbishop, lived in a modest room there while he oversaw the construction of a new church across the street. The hacienda’s rich history appealed to the Gwyns and especially Woody, who loves how the past cradles the present and foreshadows the future.

“One of the reasons I moved to New Mexico,” Gwyn says, “was because I wanted to know other artists. As fate would have it, one of the world’s greatest artists moved next door to me — Agnes Martin. That was the beginning of a relationship that lasted for two decades. She believed ‘beauty is the mystery of life’… she was a great advocate of the importance of inspiration, that we must follow wherever it leads and listen to what it is telling us. All of our discussions about life and art revolved around this firm conviction.”

At the center of an artist’s world lies the mystery of creativity — how does an artist create something where nothing existed before? From the transmutation of paint, light, intuition and vision something entirely new is born — a portrayal not only of a subject but, when completed by a master, an exploration of a feeling. Gwyn works both small and immense. Each of his vast landscapes provides an almost dizzying experience of passage, carrying us along on expansive, detailed journeys that remind us of the real world’s truly awesome magic. As Gwyn expresses it, “To capture some feeling of truth is the challenge of painting. My goal is to put the viewer in mind of infinity.”

Gwyn also feels a strong connection to the sea, and a close look at Highway 1 (measuring 40 by 60 inches) and Pacific Highway (measuring 12 by 192 inches) are two paintings nearing completion that prove his point. Infinity is never ending — and so are these views of the California coastline just before it rises into the Big Sur region, a favorite of Gwyn’s. Their impact is not simply visual, although that alone is impressive, it is actively physical. They have presence. We know we are seeing only a portion of the subject, yet we are invited to linger, not rush. They accomplish Emily Dickinson’s admonishment to “dazzle gradually” as their mind-boggling detail becomes increasingly apparent; we feel (as well as see) how the artist’s well-thought-out design elements and exaggerated perspective transport us alongside a beckoning Pacific.

When inspiration strikes, Gwyn may do what he calls “field studies,” and he often uses photographs to remind him of what it felt like to be in that place or time. On a recent studio visit, he shared some of his sketchbooks and, far from being mere outlines or simple drawings to determine composition, many were skillfully crafted watercolors any collector would be proud to own. Although he has experimented with almost every medium, creating his paintings in egg tempera on panels suits him at this stage of life. It’s ideal for rendering the type of fine details, crisp textural effects and other linear elements he does so well. He likes how quickly tempera dries and its matte finish. “I like how it can be built up thin layer by thin layer,” he adds, “like the earth itself is built.”

In addition to brushes, sponges, steel wool, rags, razor blades or sandpaper, anything at hand might be put to work to create the desired effect. With enormous patience, he develops light-catching textured surfaces and carefully varies each precise brushstroke. Key components are purposely expanded, stretched or compressed as he follows his intuition. Like a country-and-western line dancer, he adds his signature style to each step along the way. The result is a depth of field few mediums can achieve.

LewAllen Galleries in Santa Fe has enthusiastically represented Gwyn for 14 years. “Woody pays great attention to detail and structure, subtlety and nuance,” says Larry Brown, the gallery’s director of sales. “Even when the imagery is familiar, he gives new life to his subjects — he vitalizes and energizes them through radiant luminosity, sumptuous color and detailed paint application. They are rich and complex and leave the viewer with a sense of delighted satisfaction, joy and fulfillment.”

Gwyn was born in San Antonio, Texas, in 1944, and received his arts education from the Pennsylvania Academy of the Fine Arts. Over the past five decades, his work has been featured in an array of prestigious gallery shows and in national and international museums, including the Tel Aviv Museum of Art in Israel; the Centre National des Arts Plastiques in Paris, France; and museums of fine art in Houston, Texas; Denver, Colorado; Phoenix, Arizona; and Cleveland, Ohio, among others. He is also a recipient of New Mexico’s highest artistic honor — the New Mexico Governor’s Award for Excellence in the Arts. 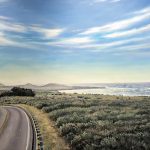 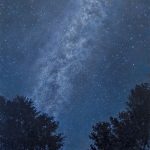 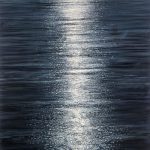 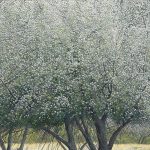 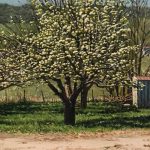 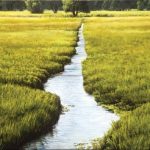 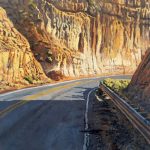