12 Jan This Land is Our Land

MORE THAN MANY EXHIBITS, the February opening of Mi Tierra: Contemporary Artists Explore Place, at the Denver Art Museum (DAM), raises questions about the role art plays in social and political dialectics. It also asks if images and multimedia installations chart the course in an eternal quest for American identity.

The simple answers are yes and yes. But there is nothing simple about the 13 Latino artists whose works examine contemporary life in the western United States. Their perspectives are featured at the prestigious museum in Colorado’s capital city, which has one of the most sizable Hispanic and Latino populations of any American metropolitan area.

The Mile High City also distinguishes itself by a Biennial of the Americas festival that’s said to strengthen ties, address common issues and inspire action by assembling art, culture and civic leaders from throughout the Americas. In light of the 2017 celebration, DAM’s aim was to mount a major exhibition centering on Mexican-American artists exploring themes ranging from migration to marginalization and whose work was on the cutting edge of contemporary art as well as transformative, says Rebecca Hart, DAM’s curator of modern and contemporary art.

The policy debate rages on about the relationship between the U.S. and its southern neighbor. What the artists present, at once global and personal, are alternate ways of looking at the same thing: oppression in thought, word and deed of a minority by the majority; a history of relations between whites and other races, in which the narrative is controlled by the dominant culture; an exploration of how violence disproportionately affects the disenfranchised; and the unbalancing act of being transplanted or displaced.

Hart says the shift in viewpoint presented by Mi Tierra, or “my land,” could be blocked in translation by preconceived ideas about the nation and the West, arguably America’s most romanticized and least understood region.

“As a curator, one of my challenges is to present the work in a way that causes the audience to slow down and have a careful look,” she says.

Such acts of openness may demand a suspension of long-held and even beloved mythologies about the landscape, peoples and cultural norms that hold sway in western states — but it’s worth it.

The tradition of dissent from prevailing thought finds one of its most eloquent adherents in exhibitor John Jota Leaños, a self-described social art practitioner and associate professor of social documentation at the University of California, Santa Cruz.

Leaños selects his medium according to the needs of the message, using forms of expression that include everything from staged opera to digital murals. He’s perhaps best known for animation that embraces rasquache, described by Leaños as the aesthetic philosophy of Chicanos which, in an artistic sense, entails making use of materials on hand.

Leaños makes the argument that the definition of Western art is ripe for a revisionist overlay.

“From my perspective, the West is seen through the aesthetic lens of overwhelmingly white settlers,” Leaños says. “It is an ideological lens that suggests an open landscape, a wild, untapped region that can be worked or formed to order; and it places whiteness, or white imagery, at the center.”

The West Leaños sees is steeped in the 19th-century territorial imperative known as Manifest Destiny, which ultimately brought a westward expansion of U.S. boundaries along with an underpinning notion that white settlement would usher in civilization.

The concept and its reflection, in some earlier forms of Western art, is absent of the fearsome struggle and privation imposed on indigenous peoples, culminating in a hygienic rendering of periods that were fraught with human suffering, Leaños argues.

The San Franciscan is one of two artists in Mi Tierra who are tireless in their questioning of European canons in art and representation as well as the validity — or even moral rightness — of what lurks in the American West’s collective consciousness. The other, Claudio Dicochea, raises the strong point that there’s nothing static about the West or about art — both are ever-evolving.

More than a geographic location, the West is that state of being in which new ideas can achieve primacy. Genres, too, are subject to adaptation and that, for Dicochea, is energizing.

The artist explains that genres are evolutionary because they are not a product of random change or random connections. “A genre is a way of explaining a set of human experiences,” Dicochea says. “It helps us understand the phenomena we experience, and we organize that through language, with visual art being a really complex language by itself.”

From his studio in San Antonio, Texas, Dicochea has turned his gaze on casta painting, which is tied to colonial Mexico in the 17th and 18th centuries and encompasses a longstanding pictorial traditional of pairing, ranking and mixing races.

In work submitted for Mi Tierra, Dicochea incorporates pre-existing casta material and applies what he considers a sort of time travel. His outsized wall design for the exhibit departs from historical illustrations of a mix-race identity in favor of what Dicochea terms a “sci-fi approach,” with the use of astronomical terms and concepts.

San Francisco, California, artist Ana Teresa Fernández intends her Mi Tierra offerings, large-scale oils and a short video, to evoke in thought the fate of the 43 students from a Mexican teachers’ college who went missing in the southern part of that country in 2014. Fernández calls the installation Erasure, and its predominant theme — nothingness — could not be better or more ironically suited to black, which she employs in the work and which signifies either the absence or the absorption of light.

That the mass kidnapping should trigger fear and trembling is implicit, but what’s more unsettling is what Fernández has only partly obscured.

“The blackness is the landscape. What is being shown are the orifices — the eyes are open, the mouth is open,” she says.

Artist Carmen Argote lives in Los Angeles, California, but the space she inhabits she calls the middle ground. She was born in Mexico but grew up in the U.S., making English her first language. Her second language is based on the lore and culture of her parents’ native land.

Argote explores the sense of place — and the identity within it — through area and structures. The artist views architecture as, quite literally, living spaces. She contends that the West is an amalgamation and that, too, describes her roles within it.

“I’m an artist. I’m also a Latina artist, and I also consider myself a Chicano artist. And I am a woman artist. Every time I add a label, I am adding a history and I am aware and engaged in that conversation,” she says.

Mi Tierra formally opens at the DAM on February 19 and will run through October 22, 2017. 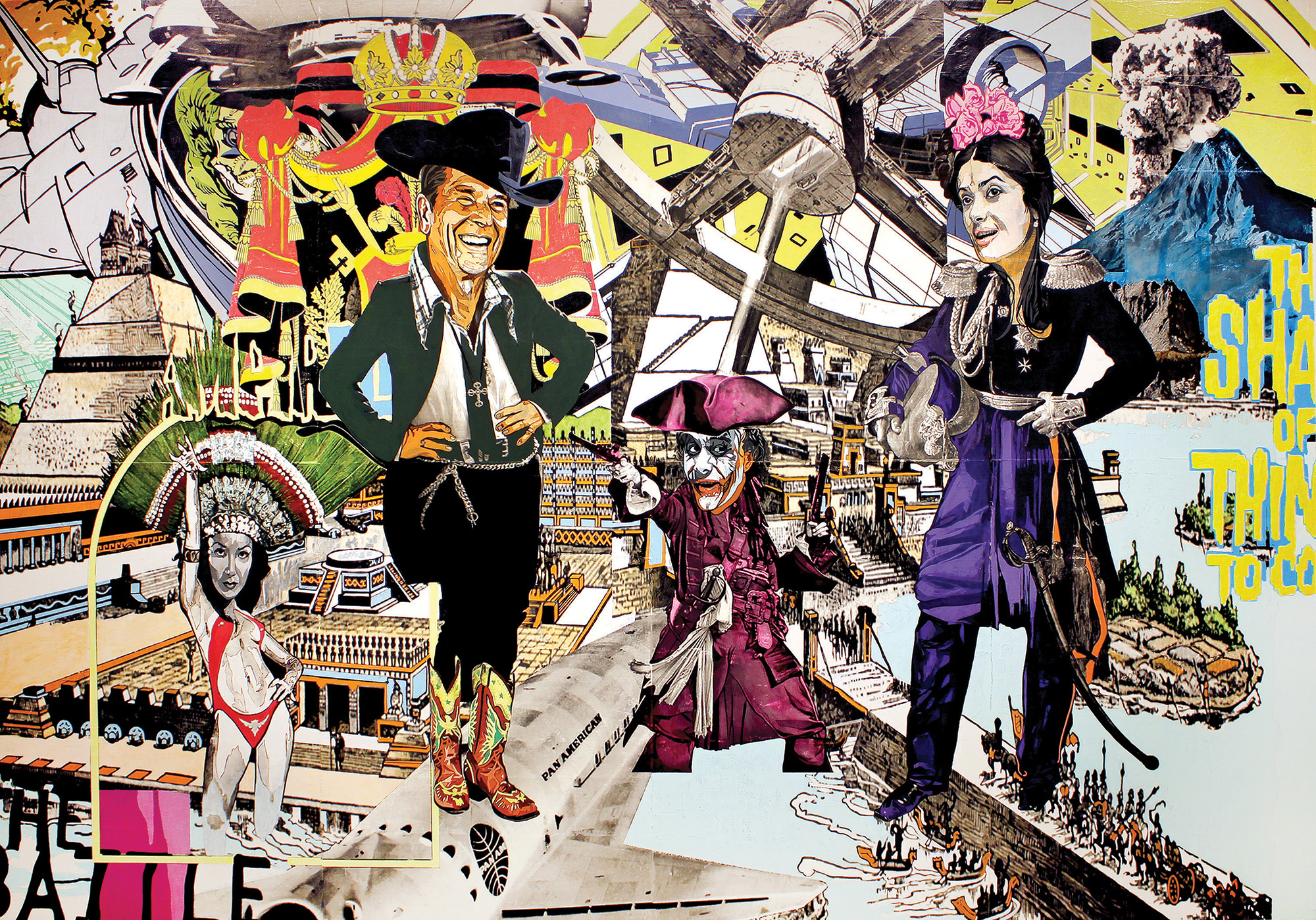 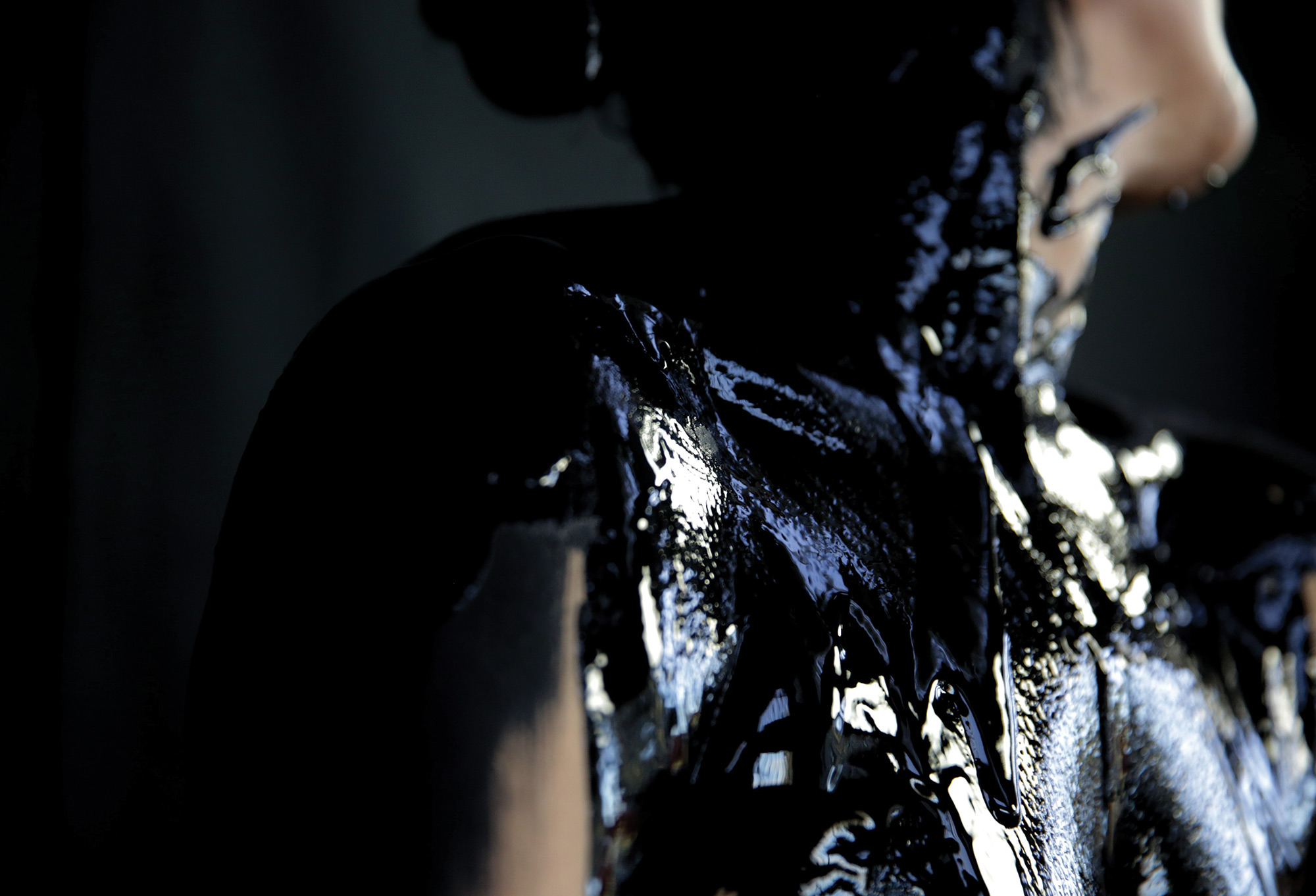 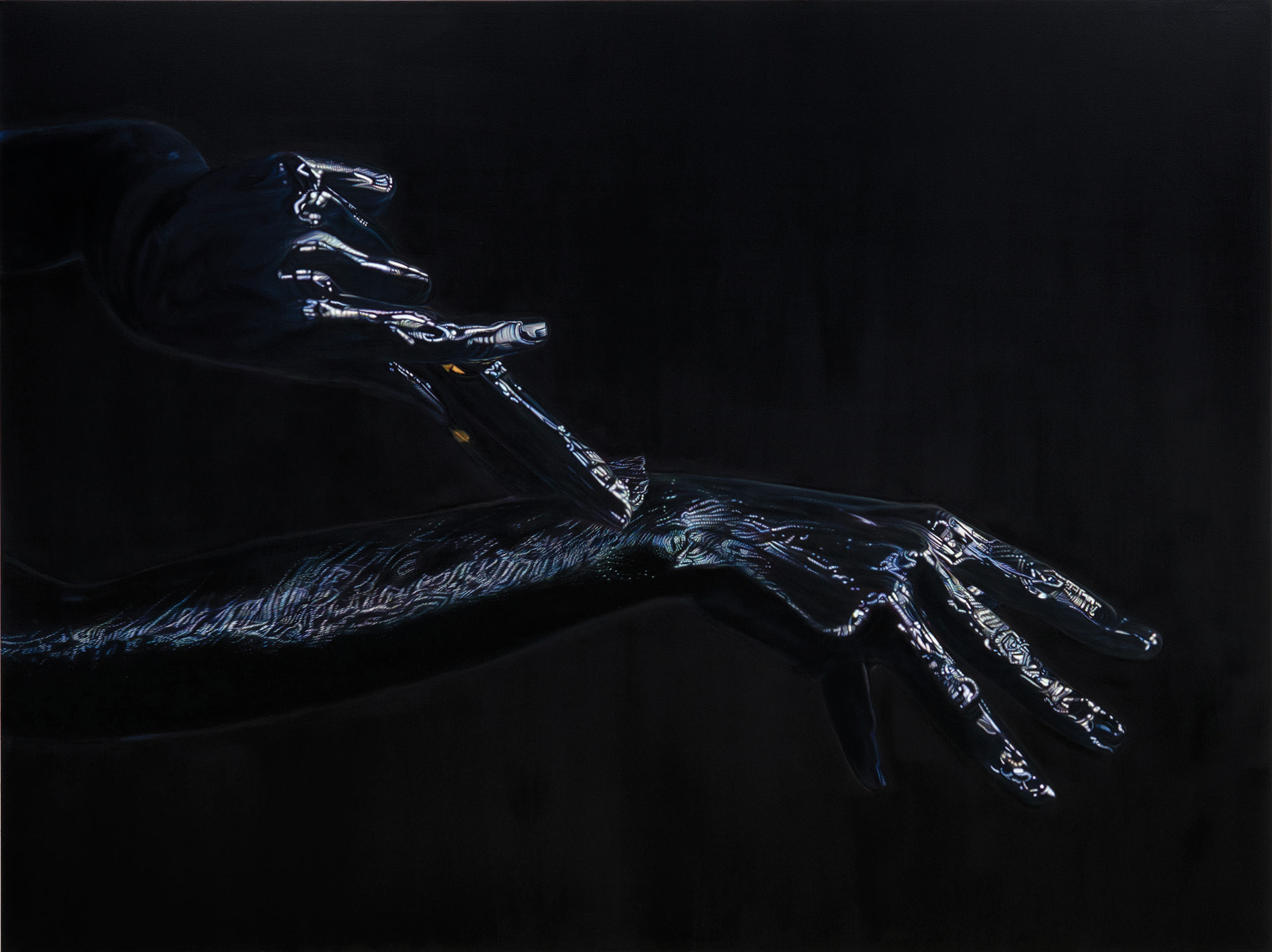 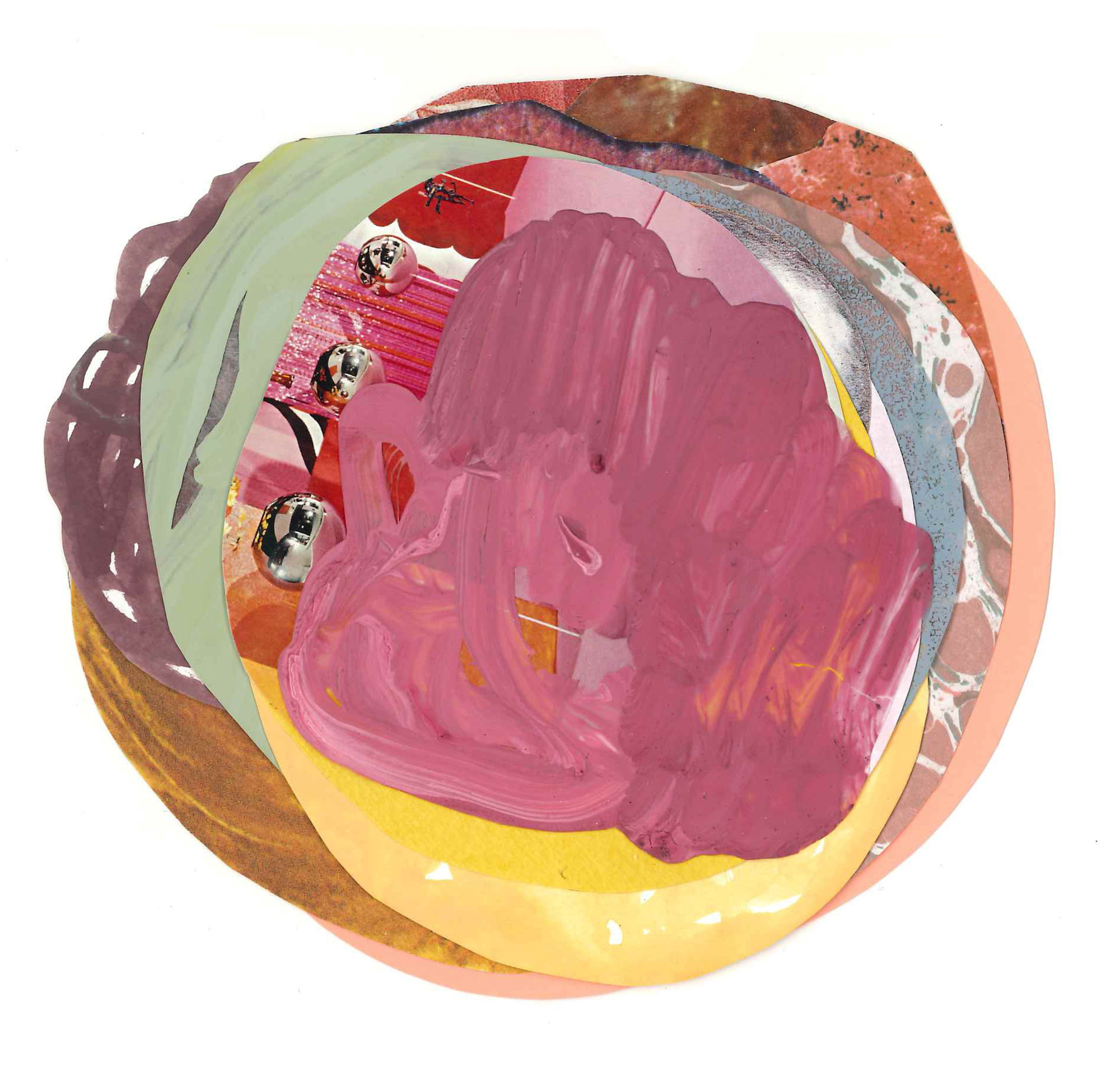 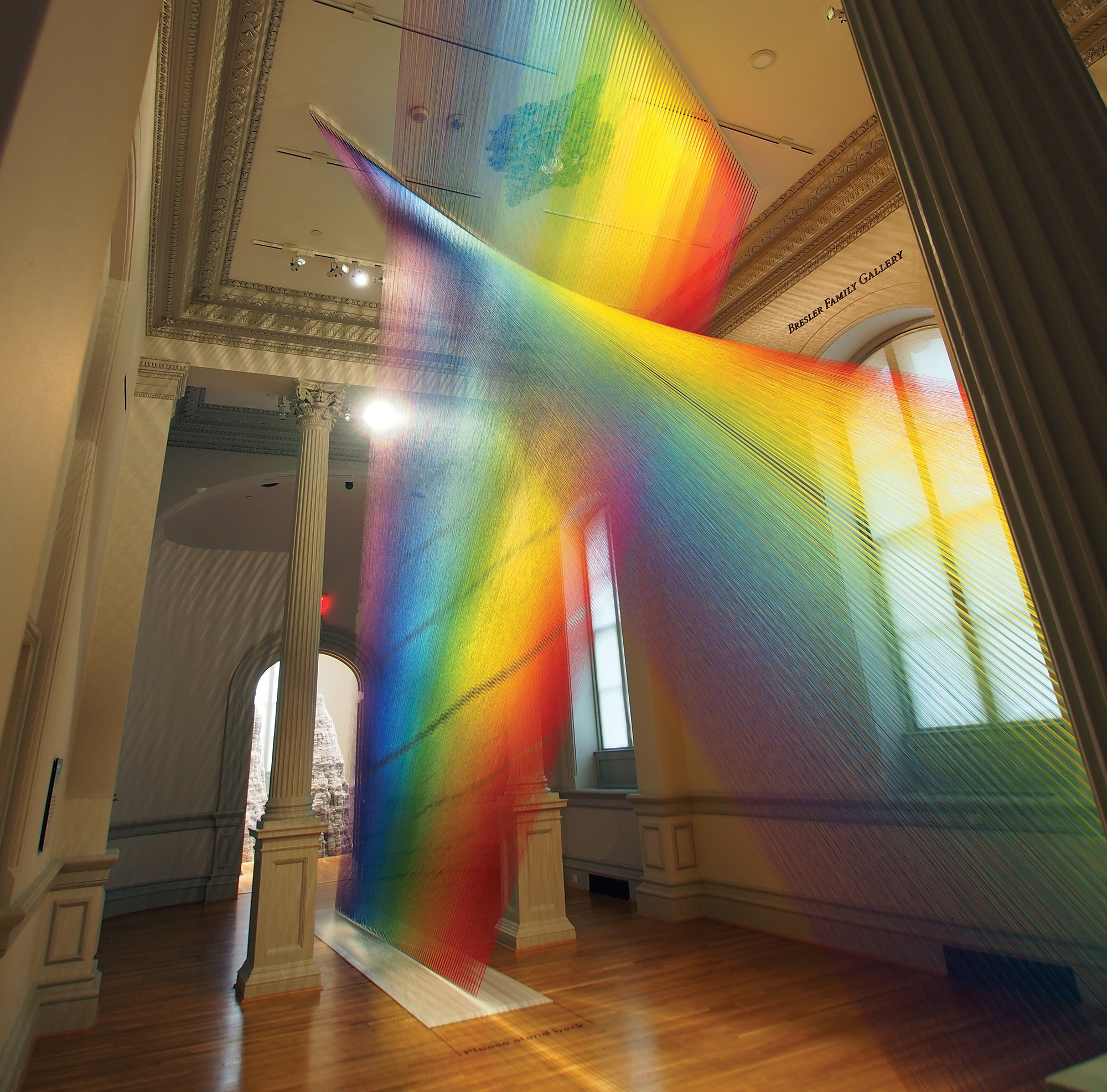 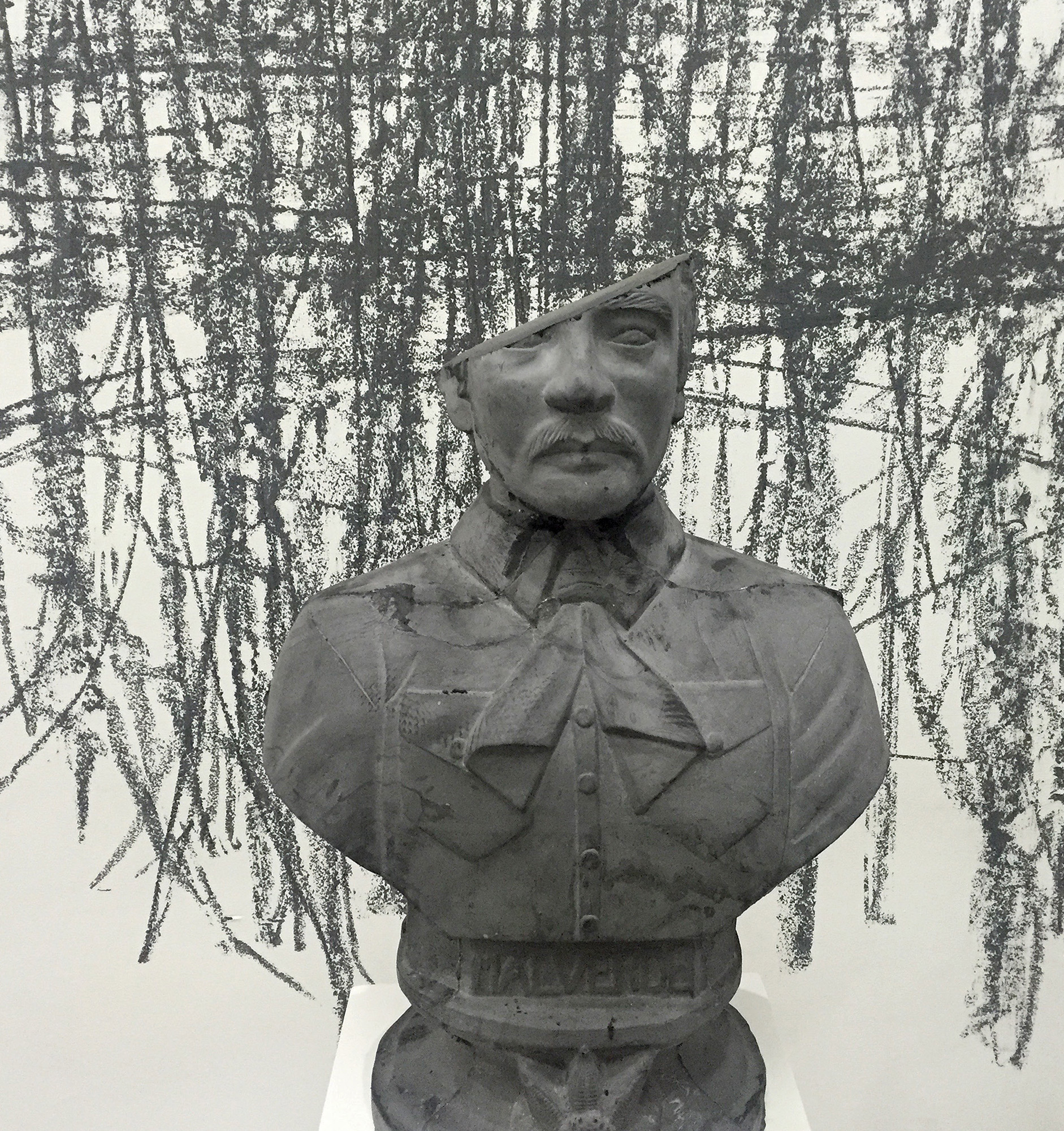 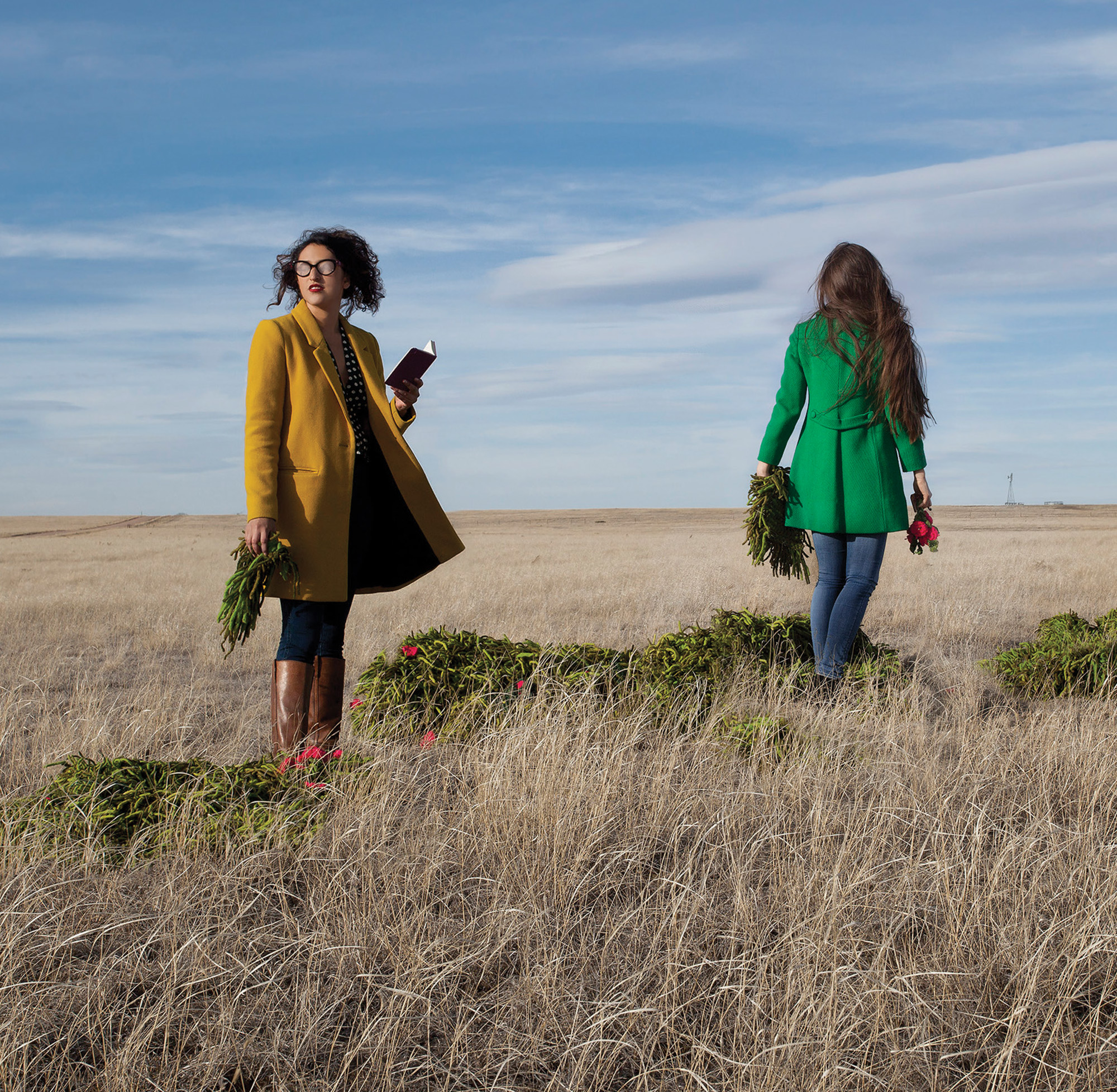 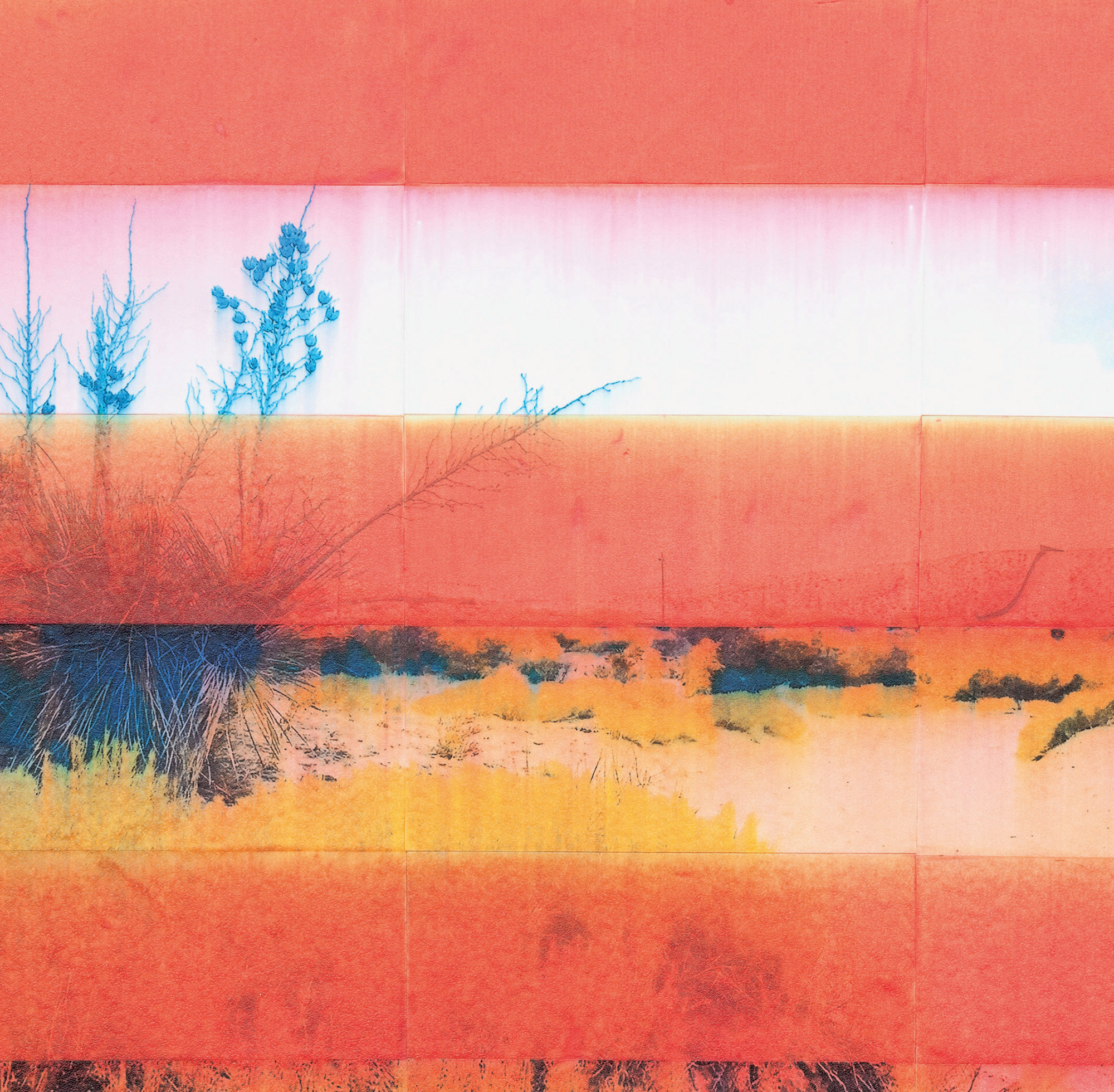 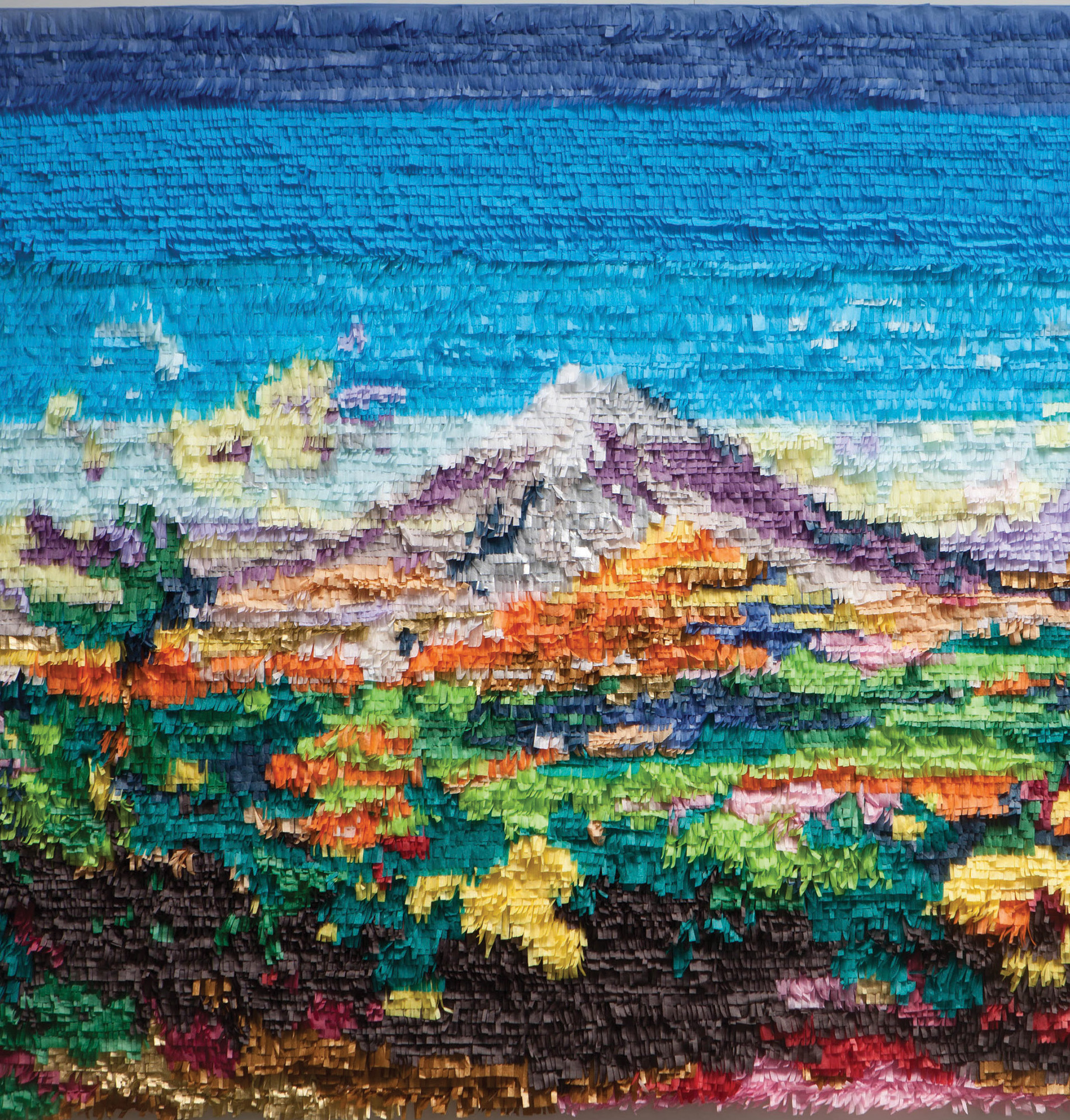 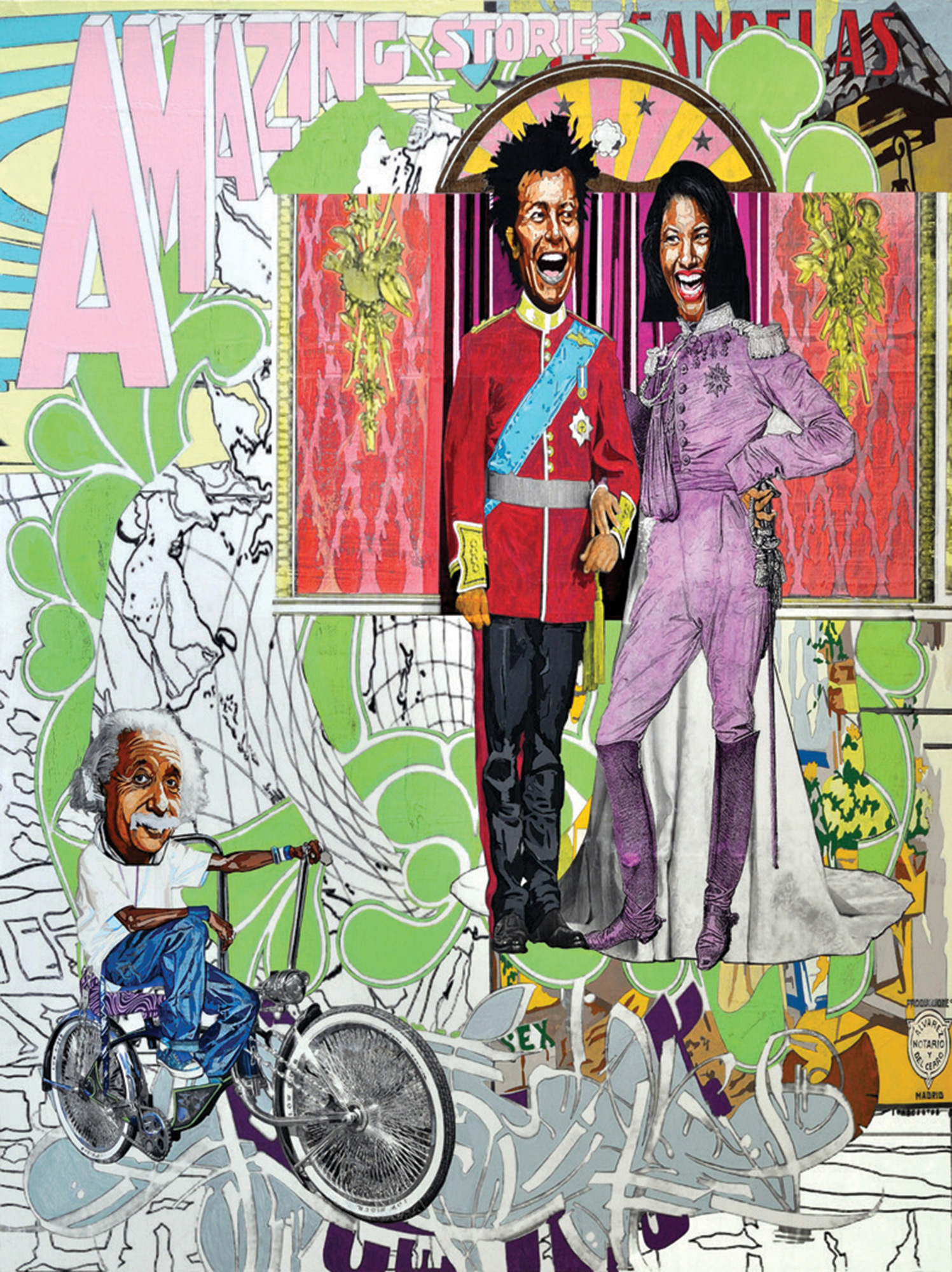 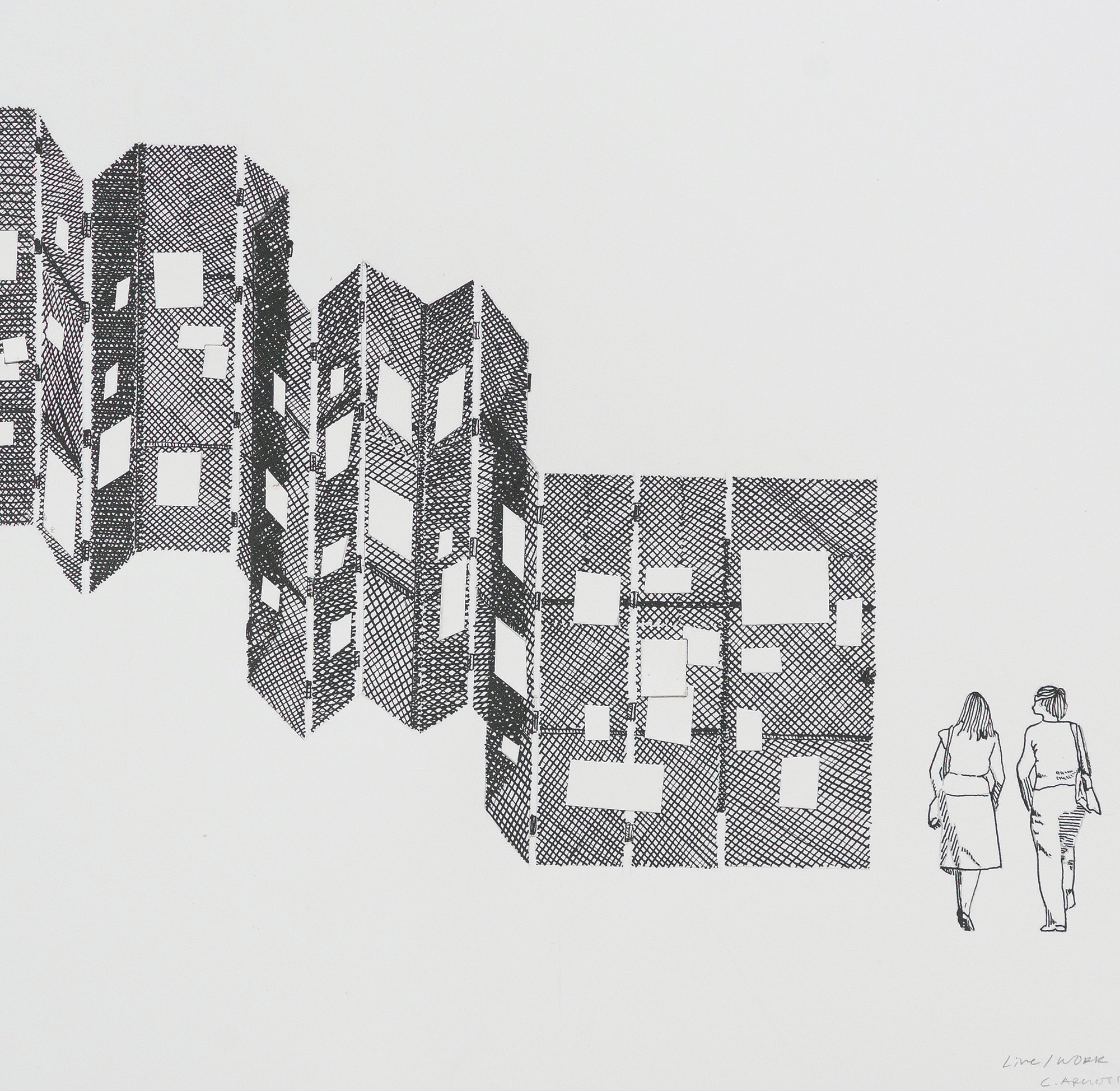 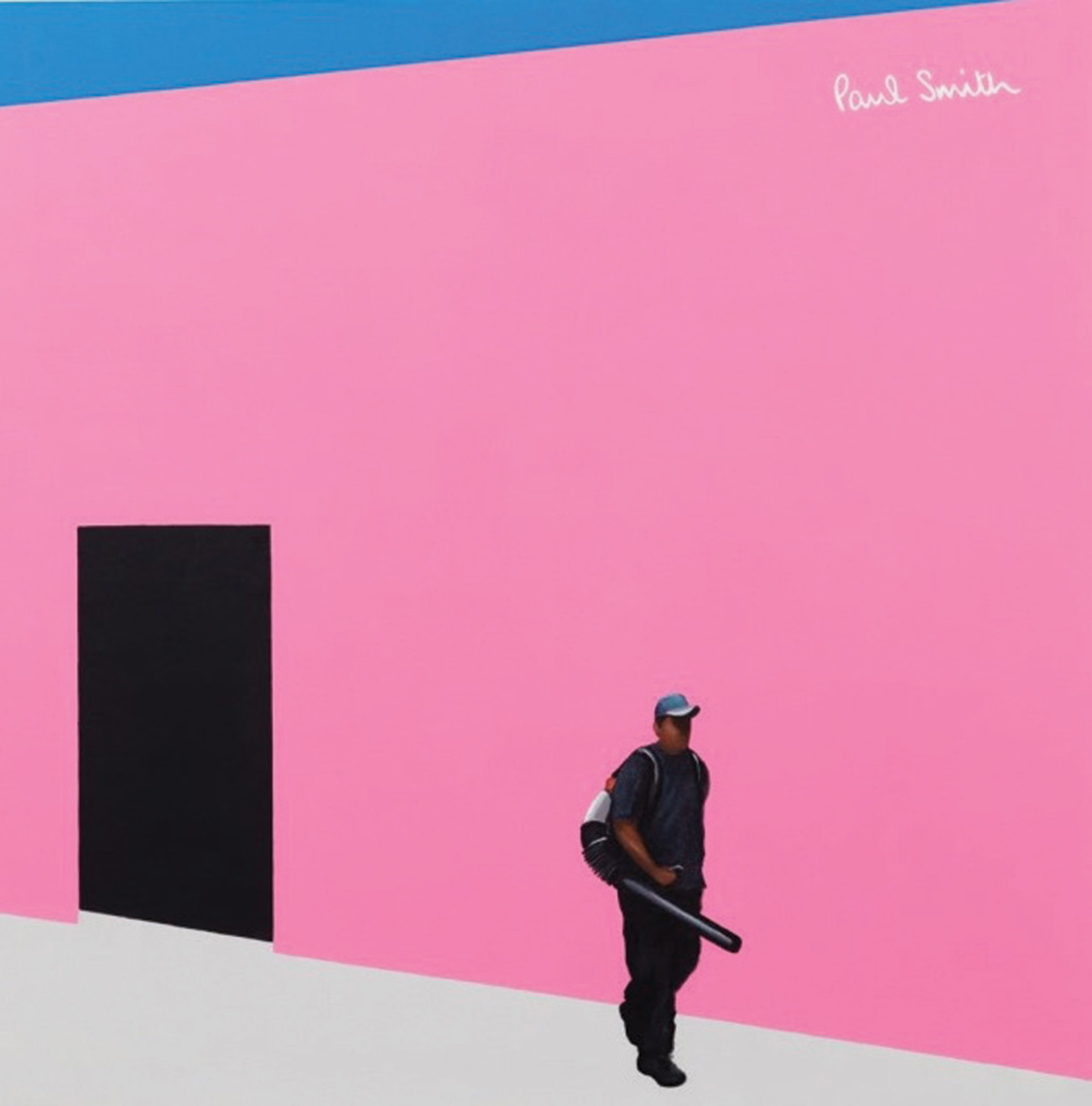