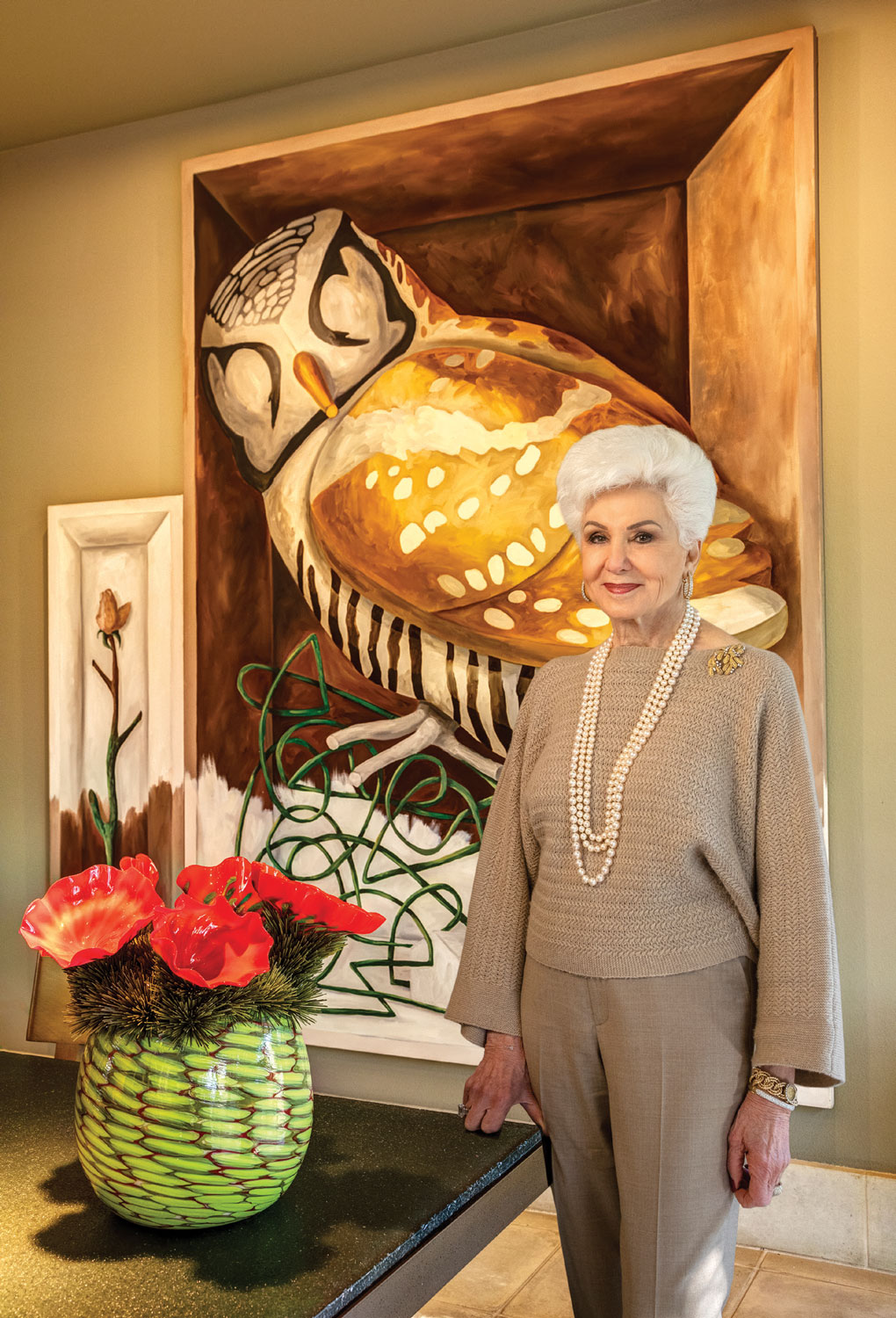 First-generation immigrants, Jack and Rebecca Benaroya met at Garfield High School in Seattle, Washington. They fell in love, and for 70 years they lived and appreciated life in a grand way. With a laugh, Rebecca tells how her husband was conceived in Beirut and delivered in Montgomery, Alabama. Her family arrived in Seattle around 1918 from Turkey.

During their lives together, Jack started a real estate business that became the largest warehouse and office developer in the Pacific Northwest. Together they served their community in many ways, including funding the Benaroya Hall for the Seattle Symphony, and the Benaroya Research Institute at Virginia Mason Medical Center
in Seattle.

Jack’s death in 2012 left a legacy that his wife continues today. “Jack was such an extraordinary man. The money that got him started in the real estate business was borrowed. When he became a success, he wanted to share it with others. You just feel like it’s the right thing to do, and you don’t live any differently. We both felt that way about giving. I’m just continuing his legacy,” Rebecca says.

A few years ago, on her 93rd birthday, Rebecca announced the donation of their art collection and $14 million to the Tacoma Art Museum in Washington. The collection represents many key artists of the Pilchuck Glass School, founded in 1971 by Dale Chihuly and Anne and John Hauberg. The gift includes major works by Chihuly, as well as works by William Morris, Howard Ben Tré, Gregory Grenon, Michael Lucero, Jesús Bautista Moroles, Seth Randal, Ginny Ruffner, Julie Speidel, Cappy Thompson, and Toots Zynsky.

Also included in the gift are paintings and sculptures by the Northwest Mystics (four artists who, in the late 1930s and ’40s, became known as the Northwest School of modern art), historical art deco glass, and works by the highly desirable production lines of Steuben, Lalique, and Baccarat.

While the Benaroya Collection has been hailed as one of the most prestigious private collections of glass art in the U.S., Rebecca tells the story of their first purchase: “We were invited by a dear friend to an auction of art studio glass, of which we knew nothing. My husband asked our friends, ‘Which is the best piece in the auction?’” It was a Dale Chihuly piece, and Rebecca says she would never forget how they were handed its pieces, one at a time, unwrapped. The larger basket and several small ones were placed in their car and clattered in the back seat on the way home.

Rebecca Benaroya: We never felt we were collecting. We just bought pieces we both liked. In order for us to make a purchase, we both had to love it. We never had a professional tell us what to buy or give advice, so we never thought of ourselves like that. We never bought art as an investment; we bought it for pure enjoyment.

WA&A: What was the first piece you bought and why? R.B.: It was a Dale Chihuly 12-inch basket, plus four smaller ones. That was the biggest piece he did at the time, as they didn’t have big kilns or ovens for larger pieces. Afterward, they didn’t even wrap it, they handed it to us in parts.

WA&A: What was a piece that got away? R.B.:  It was a painting by Kenneth Callahan, a local painter whom we admired when we first began to buy art. I was working a charity event and saw the painting. I called my husband to come and see it. He was involved in a project and would come after the end of the business day. We went to dinner, and then to the event, and the painting was sold. We learned that if you really like something, you buy it. Then we learned that if something gets away from you, there will be something else that comes along.

WA&A: What is your most beloved piece and why? R.B.: I loved a piece by Karen LaMonte of a kimono in bronze and glass at a show in Tacoma. When the show was installed at the David Austin Gallery in Palm Springs, California, our winter home, I wanted Jack to see it. When he saw it, he thought it was spectacular. Unfortunately, all the pieces in the show were sold. Unbeknownst to me, he asked LaMonte if she would recreate my wedding dress as she had done the kimonos. With the help of his assistant, who searched through a cedar chest in our home in Seattle to find it, LaMonte agreed when she saw the dress. She captured my blush-colored wedding dress beautifully, and it was my husband’s gift to me on Valentine’s Day, the year of our 65th wedding anniversary. It is my favorite piece. It was not included in the gift to the art museum and is going to my granddaughter.

WA&A: Where do you see your collection in 100 years? R.B.: The Tacoma Art Museum has completed the gallery for our collection. They had a black tie celebration announcing my donation on my husband’s birthday. There was another one scheduled for my birthday, on January 12, 2019, when I turned 96. Already they have borrowed 55 of our pieces, which are on view, and they will get the rest, including our collection in Palm Springs, upon my death. This museum did not cherry pick the collection, which sealed the deal for me to donate it to them.