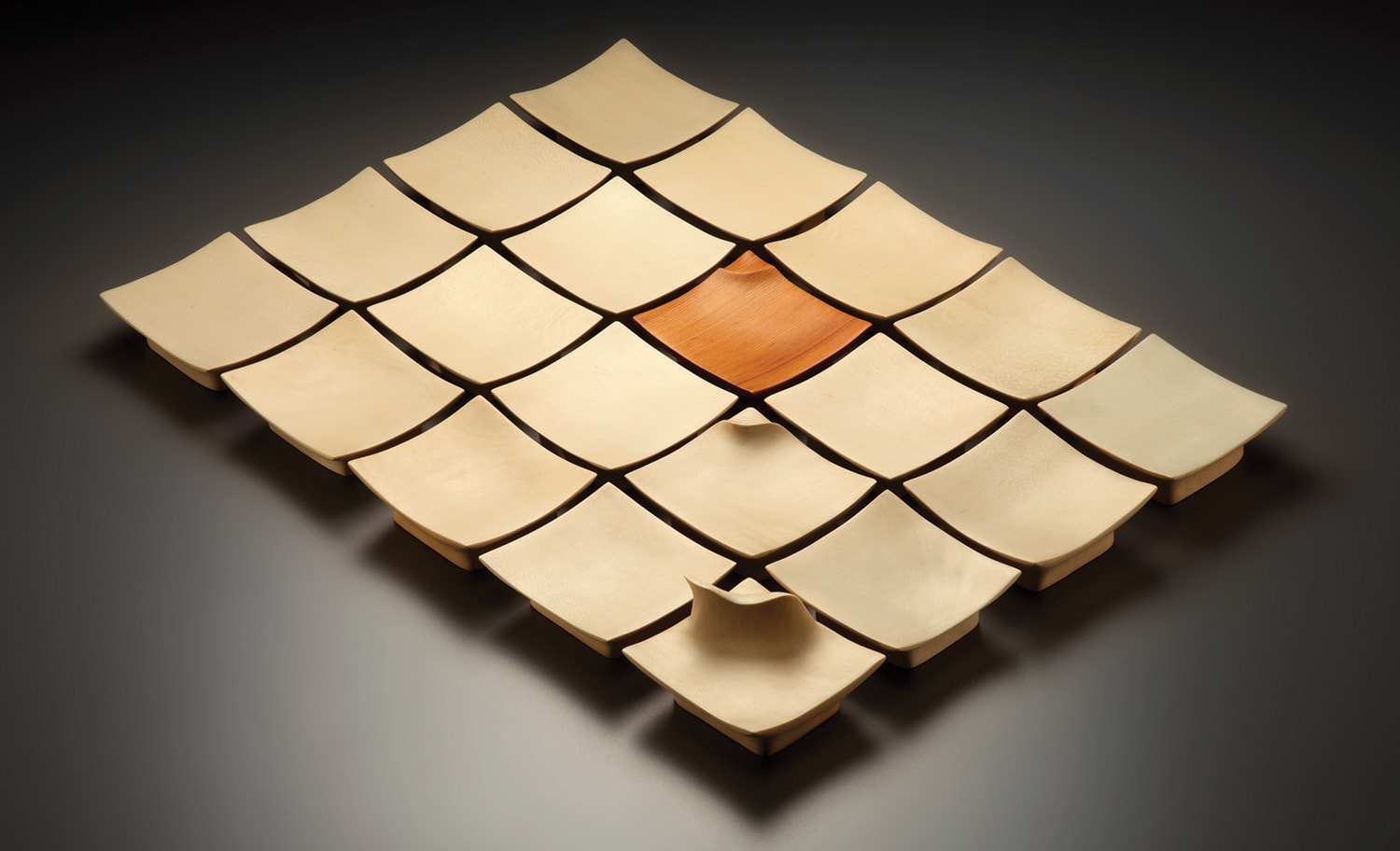 Holly Tornheim lives a life surrounded by the natural world, which she translates into the language of wood. She began with utilitarian carpentry and from there turned her attention to building custom doors. Gradually, first by creating furniture, she found her voice in her own wood-inspired designs.

“I invented ways of making things from the tools that I had already,” she says. “There’s something about wood. I’ve lived in the forest, off the power grid, since 1977. I walk a lot and think about the trees and animals around here, the ones that live in my house or in the holes in my house. It’s just sort of why I live here.” 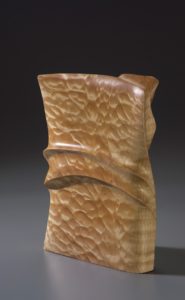 Her daily joys and her daily work revolve around her life in the foothills of the Sierra Nevadas in Southern California; her designs inspired by the ponderosa, black oak and mixed-conifer forest.

As she works with wood in its natural color, the selection of particular pieces for specific projects becomes a significant part of Tornheim’s process. She doesn’t paint or dye the wood, and the wood she chooses is domestic or Forest Stewardship Council certified to encourage sustainability. Often, she’ll use leftovers from her neighbors, who are furniture makers. Because of this, her work involves smaller pieces, the artist explains.

“I also use a lot of manzanita, which is highly flammable, but with fire suppression there’s a lot being cut down,” she says. “It’s a mix of things, but I try to be conscious that the material I use for my art is not just wood: it’s trees, it’s our world. I’m part of a long tradition of people using wood.”

Unbounded, Tornheim’s wooden works take on the demeanor of water or sand, they express not only the impression of a life lived, but of the life yet to be felt. Each piece is smoothed until the woodgrain reveals its purpose. The material distilled to its essence.

“Part of it is how the piece feels, so I spend a lot of my time sanding,” she says. “When they’re done, I can feel the warmth in my hand, it’s almost as if you can tell they were alive once.”

Offering, a recent piece, contains moveable parts. Meant as an offering to her surroundings, the boat-shaped piece holds two antlers carved out of American holly wood and includes a manzanita bowl with an acorn sculpted from pacific yew, a tree that grew on the ridge where she lives.

“I’m influenced by the natural world and from my walking,” she says. “And I do a lot of reading, which also influences what I do. Sometimes I have an idea, then I’ll look for the wood to express that idea. But sometimes I’ll think about a piece of wood I’ve had for a long time and suddenly an idea will come to me as to what to do with it.” 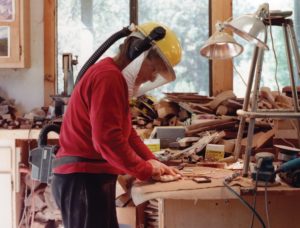 In Strands, a triptych with moveable pieces, Tornheim plays with the idea of shells stranded along the coast; each one has a different carved shell. Through her meticulous sanding methods, she shows how the water moves along the edge of the beach.

Tornheim’s work is part of the permanent collection in the Smithsonian American Art Museum in Washington, D.C. and the Fuller Craft Museum in Brockton, Massachusetts. In addition, she garnered the 2017 Award of Excellence at the American Craft Council show in San Francisco, California.