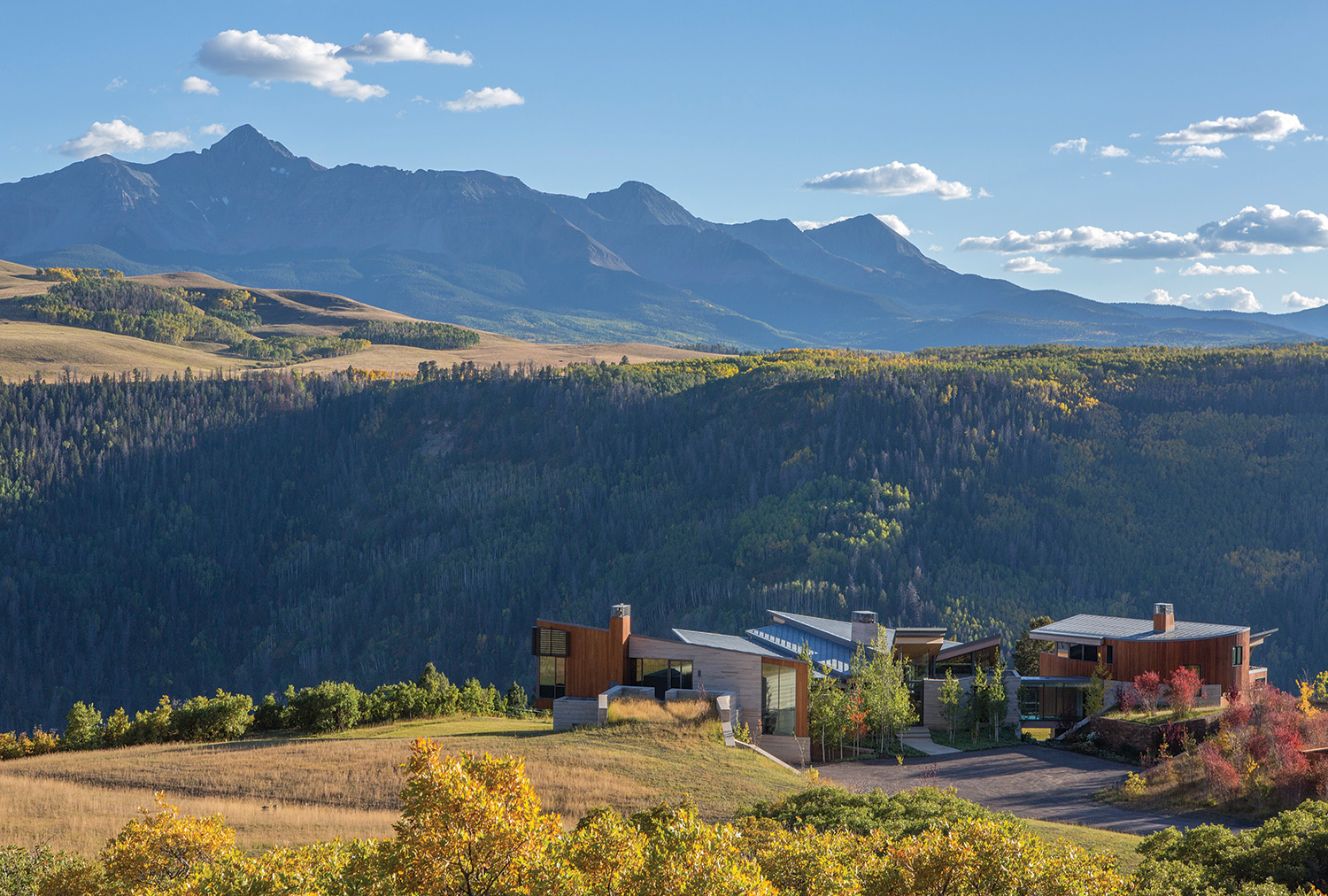 The “folded” roofs of the Sunset Ridge house, outside of Telluride, Colorado, reflect the timeless mountains and convey youthful optimism. Photo: Frank Strachan

Inquire, and you’ll discover that some of Colorado’s most striking mountain homes were designed by Poss Architecture + Planning and Interior Design. 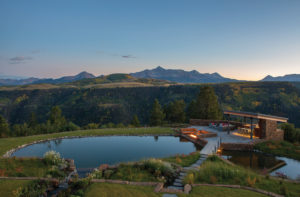 A bridge leads across a pond to a cabana in the home’s backyard.

The firm of 40 is renowned for high-end, high-quality, and highly detailed houses in Aspen and Telluride — and much farther afield — and though it doesn’t adhere to a single distinctive architectural style, its clients insist they can always spot a Poss project. Perhaps the best way to sum up the firm’s character is to say that while it works in many styles, its designs are distinguished by the skill and innovation it brings to each.

Founder Bill Poss has been an architect for 50 years and has had his Aspen firm for four decades. The heir apparent, partner and director of design, Andy Wisnoski, has been with the firm for 30 years, and his son, Drew, who was a one-year-old when Wisnoski joined Poss, is now a member of the team. 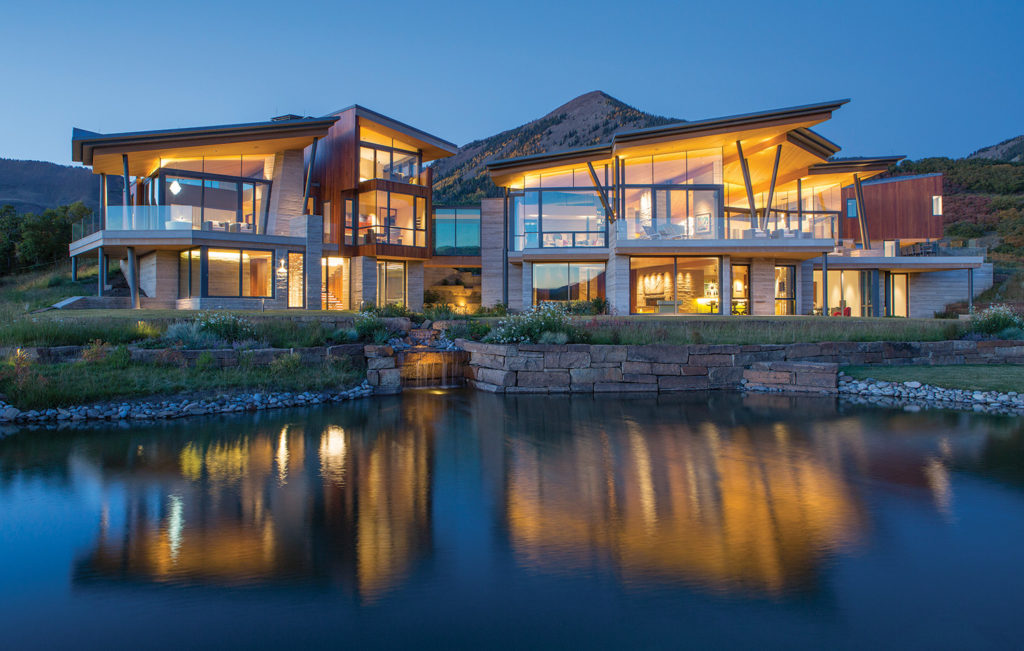 The design of Sunset Ridge seamlessly incorporates expansive windows, porches and balconies to ensure that the stunning views can be enjoyed from every angle.

“The client is the focus of our design. It’s their project and their vision and we look at ourselves as professionals trying to execute their vision in every possible way,” Poss says. However, once the client’s vision is clear, he adds, the site becomes the most important factor: “The site leads where the design is going to go.” 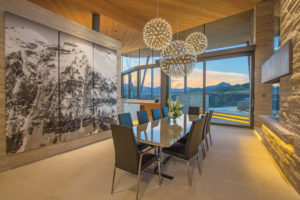 Poss also designed the Sunset Ridge interior. The dining table is by B&B Italia and the light fixtures above are by Moooi.

In recent years, the designs have taken on an ever more contemporary interpretation. Poss is seeing a newer client base that’s younger and more inclined toward contemporary design, as well as clients interested in legacy projects — buying more and more acreage and building expansive homes designed both for family gatherings and for passing down to another generation.

“When someone brings their desires and wishes to us, if, say, they want something in the Western ranch vernacular, we like having the opportunity to be a little more expressive and abstract, to make something unique and signature for them,” says Wisnoski. 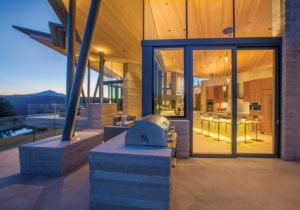 An outdoor cooking island conveniently sits just off the kitchen.

A perfect example of this is the Sunset Ridge house outside of Telluride, a stunning collection of shapes from curved to orthogonal, with soaring roofs that Poss describes as “folded plates,” and floor-to-ceiling windows that put it at one with its site. The house, set on a ridge with unsurpassed views, was co-designed by Wisnoski and Poss architect Mike Hamberg and is the firm’s most headily contemporary design. It’s also Poss’ favorite project.

“The clients wanted something they hadn’t seen before,” he says simply. “They didn’t want us handcuffed by anything we’d done in the past.” It was a welcome challenge for the architects, and in many ways opened a door into their future as much as the clients’. 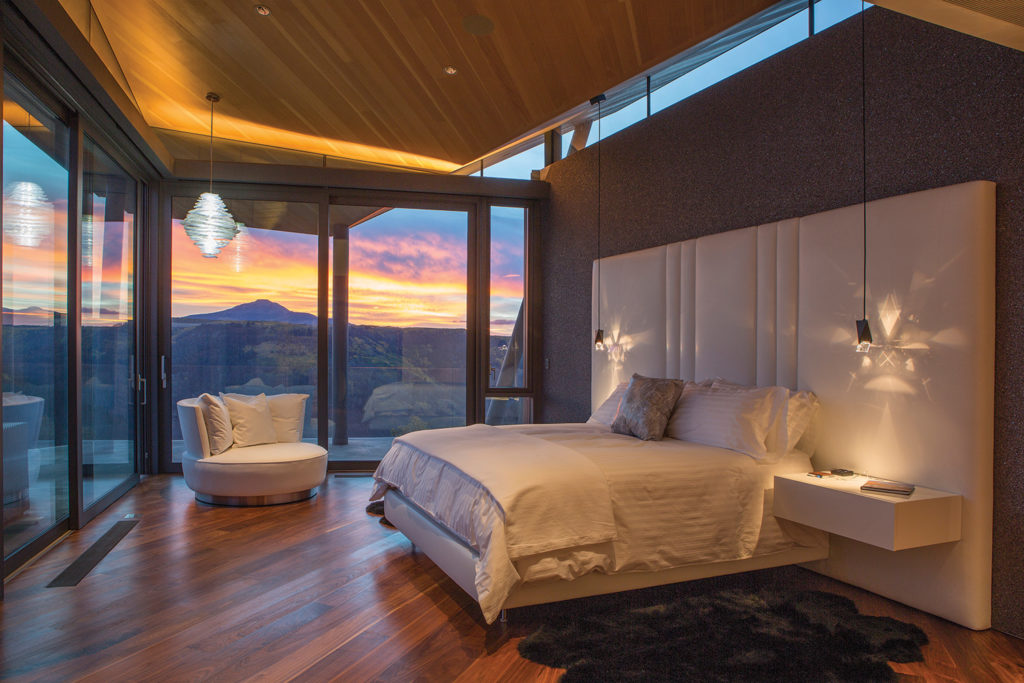 During his career, which includes working in many different countries, Wisnoski has never seen a more dramatic site. He and Hamberg worked together from the project’s inception. Hamberg was responsible for the startling “folded” roofs that reflect the jagged mountains behind. The house is so isolated it neither reflects nor interferes with neighboring structures; instead it sits majestically amid its sweeping views with almost no interruption between the interior and exterior. 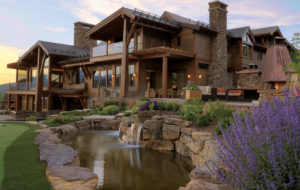 The exterior of the Wheeler house reveals a mix of traditional ranch house materials adapted to a thoroughly modern interpretation. Photo: Jay Goodrich

An earlier design, the Wheeler house, seems to presage Sunset Ridge. At first glance, it appears traditional, but in fact it’s completely contemporary. It’s set on an 860-acre property, and the clients’ wish had been for a house with a “ranch feel.” From there the design evolved, with the clients on board, into a modern interpretation. “It’s reminiscent of early ranch compounds, where structures were loosely added over time,” Wisnoski says. “The floorplan sort of evolved over time,” Hamberg adds.

The wood-clad ranch house has expansive walls of glass and distinctive asymmetrical peaked roofs and is marked with the kind of detail for which the firm is known, including wood columns carved to resemble the trees from which they were cut. It’s a series of connected structures that includes bridge walkways, waterfalls, an indoor-outdoor pool and extensive landscaping that extends from seating areas just outside the house — with fire pits and an outdoor kitchen — deep into the ranch grounds. The end result is what Poss calls “warm contemporary,” an almost subversive blend of tradition and innovation. 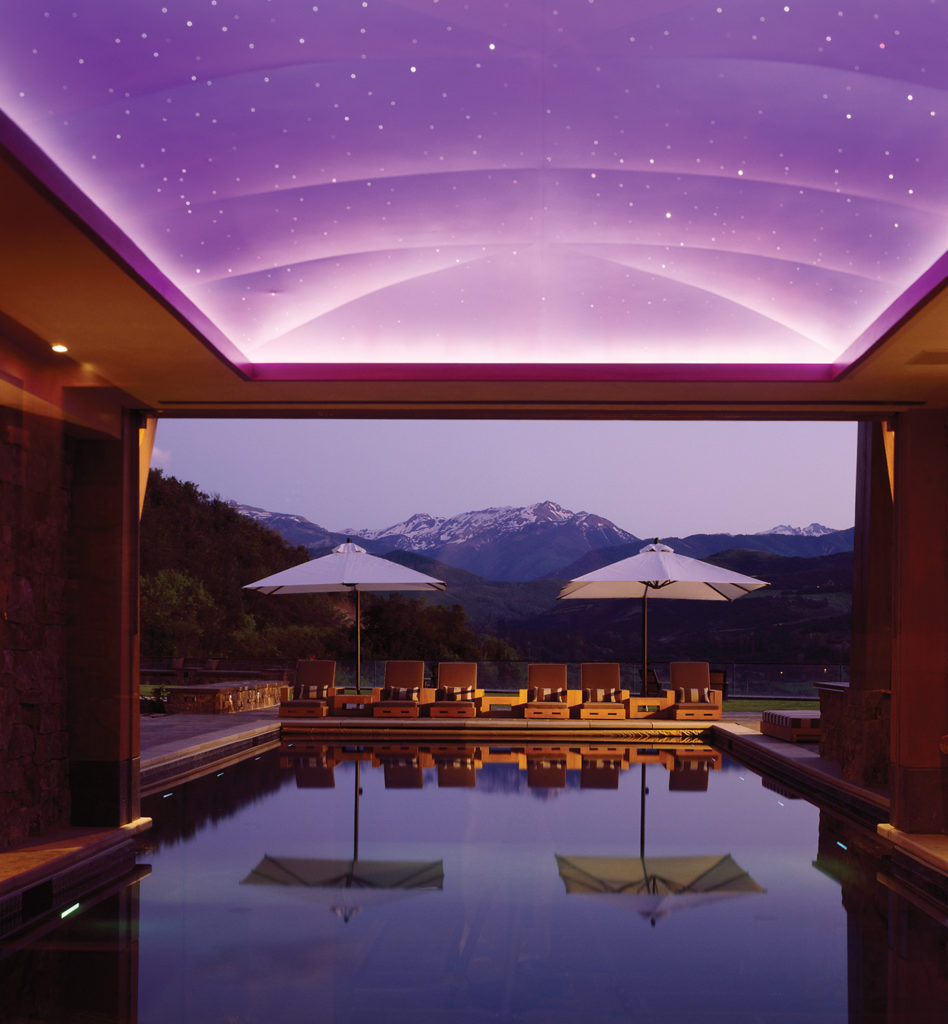 The indoor-outdoor pool features a glass enclosure that can be opened in the summer.

Another collaborative project was the Ute Trail residence in Aspen, a full remodel of an existing 1980s home designed to showcase the homeowner’s art collection and make better use of space. The floorplan was reconfigured to accentuate views, the living areas were enlarged and made more functional, and outdoor spaces were added so the homeowners could enjoy Aspen’s climate. 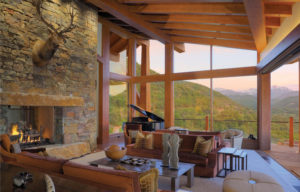 Poss and Wisnoski are excited about the firm’s future. They’re working on hospitality projects across the U.S., from Kauai in Hawaii to Kiawah Island in South Carolina. These days they’re licensed in 18 states. “We’re branching out. Working in high-end custom homes like we do, we’ve learned to incorporate lifestyle into our projects, so we’re being asked to travel everywhere,” says Poss.

“Yes,” Wisnoski says. “We’re developing a much broader portfolio. We don’t want to be just those guys that do really nice mountain homes. We want to be able to do any kind of home in any part of the world or a resort. That’s where we see the challenges of the future.” 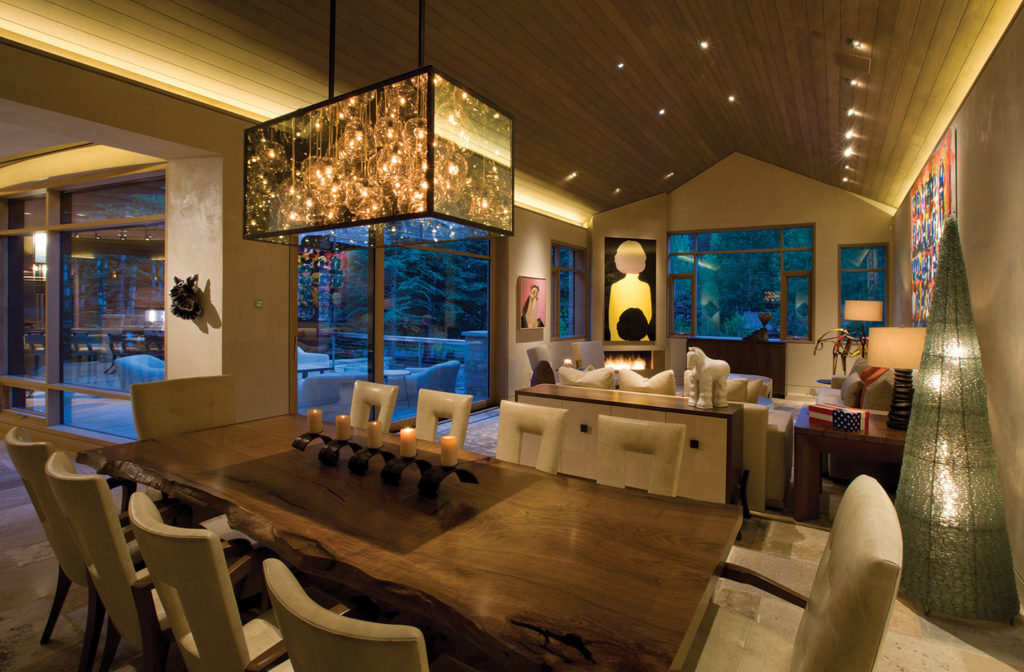 The house, located in an 1980s Aspen development, was taken down to the studs during a Poss remodel, which led to the addition of large windows and glass walls in the living room, allowing natural light to flood in.