09 May Lois Conner, In Search of Connection

THE NAVAJO MAN STANDS BEHIND THE OPEN DOOR of an old, white pickup, eyes closed, head bowed, his forearms rest atop the doorframe. Ancient lands stretch wide, windswept and dusty and dissipate into a blank white sky. Behind the wheel, his friend sits wearily, brow furrowed, dark eyes focused forward. It is the morning after an all-night peyote ceremony and, not ready to leave, they linger, listening to a tape recording of peyote chants. It is 1992 and photographer Lois Conner has also emerged with the rest of the tribal members from the ceremony when she is struck by this scene and asks permission to take a photograph, a process that, using her large format analog camera, will take at least half an hour and require the men not only to stay put but participate. They agree.

How Conner came to be here — a white woman on Navajo lands in Utah, invited to a sacred ceremony, then granted permission to photograph two very private men — is a story that began years before; a story that almost wasn’t.

In 1973, Conner had started her second year taking night classes at the Fashion Institute in New York City as well as her second year working days in Protocol at the United Nations. Her plate was full, but Manhattan beckoned; she sought out other classes and experiences — everything from tap dance to photography. Especially photography. Then she discovered The New School and that renowned photographer Philippe Halsman — think Salvador Dali, his cat, a pitcher of water and entire art studio flying through the air — was teaching a class called Psychological Portraiture.

“We became good friends,” she said of Halsman. “He would visit me at the U.N., we’d have lunch and talk. He was 67, and the mentor I needed.” At the end of Halsman’s course, he pointedly asked Conner why she was studying fashion design. “He told me I was a good portrait photographer and should study that,” she recalled. “I was 21 years old; you don’t know at that age. It came as a bit of a shock because I was on this trajectory, but photography was what I loved, always loved.”

Long before Conner met Halsman, the desire to make photographs came when her father handed her a double reflex when she was 9. “Dad was a serious amateur photographer,” Conner said. “He’s the reason I’m a photographer.” Her father, who served during World War II as a Morse code operator, brought home pictures he’d taken of Casablanca, the Egyptian pyramids and other exotic places, all of which left a lasting impression. “It was the beauty of life with my dad.”

Would she have wound up in photography had Halsman not noticed her affinity for portraiture and planted the seed that this love could actually be a career opportunity? Hard to say. But, she trusted his opinion and took a leap into the unknown. Initially, she tried taking a class in fashion photography, but quickly realized it didn’t suit her. She left the Fashion Institute and enrolled at the Pratt Institute.

Fast forward to the summer of 1989. Behind the wheel of her F-150 pickup, outfitted for camping and with her photography gear, Conner drives west. No formal itinerary or route, just the memory of the time she’d been to the Western states more than 25 years earlier, when she was a kid riding in the backseat of the family station wagon on an extended vacation. Seeing the land from the back of that family car, and camping and hiking through the great monuments and parks of the West left a lasting impression. As she grew older, that curiosity was accelerated by John Ford and Clint Eastwood movies, as well as Western photographers ranging from Timothy O’Sullivan to Robert Adams, and the works of Edward Weston, Eadweard Muybridge and Carleton Watkins. And of course, paintings of the West from artists George Catlin, Thomas Moran and Albert Bierstadt were also influential. In particular, Charles Russell and Edward Curtis’ singular work on Native Americans piqued her artistic interest. Then there was the this: Her maternal grandmother was full Cree who had left the reservation but shared stories with her family.

By this time, Conner had graduated from Pratt, won a National Endowment for the Arts grant and attended Yale graduate school, where she earned a master’s in photography, all while working for the U.N. She’d taught a summer at Stanford and a fall semester at Louisiana State, applied for and won a Guggenheim Fellowship to photograph the Guilin landscape in China and spent nearly nine months traveling through Asia, which sparked another area of artistic focus for her photography. She left the U.N. after 14 years, she could speak several languages peripherally and was making a living teaching and creating new work. 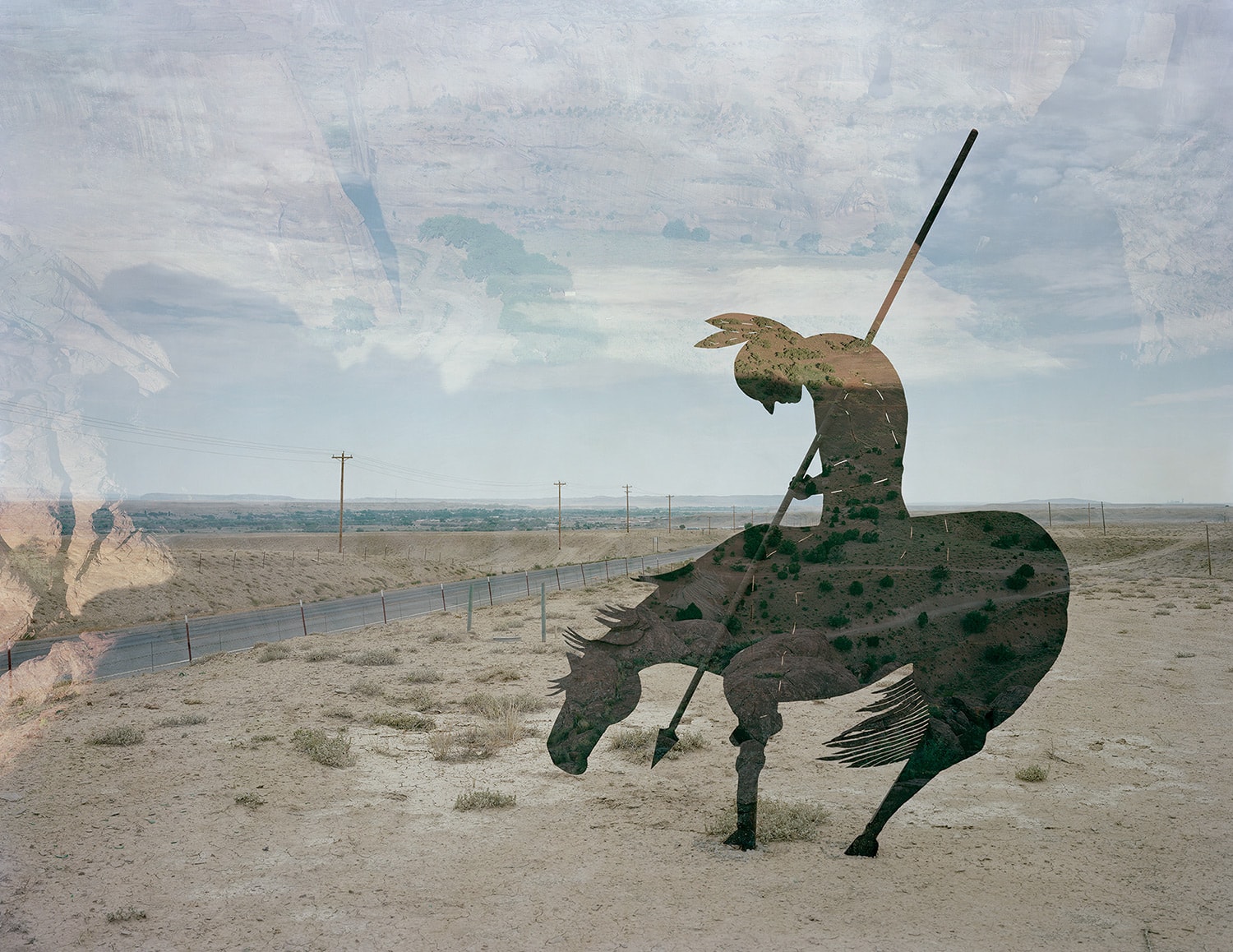 And so it was time to pursue another line of questions whose answers lay in the West. Conner traveled light, slept, for the most part, in her car, and spent her days searching for connection to the land and people. “I drove for months,” she says. “Sometimes friends would join me, but it’s very different being on your own as opposed to with someone. People stop and ask what I’m doing, especially if I’m set up with my big view camera.” 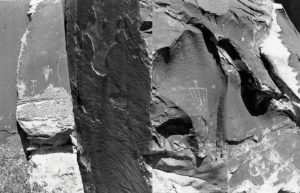 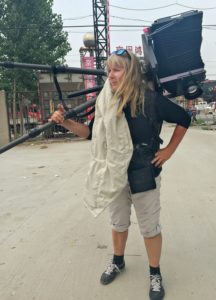 She didn’t take many portraits on that initial trip, nor did she on the next several, though that was her desire: to photograph Native Americans in the modern world they were trying to survive in. Instead, she went to pow wows and took of pictures of the land. Over the next nine years, she slowly began reaching out, asking people if she could take photographs of them. As with Curtis, Conner’s preferred portrait camera is an 8-by-10 view camera, the kind that the photographer sets on a tripod and stands behind under a black cloth. The work is slow and deliberate; the subjects of her photographs have to not only agree to be photographed, but to participate in the process.

Her first subjects were Navajo families who would gather at shopping malls in the middle of nowhere — while one family member went in to shop for food and water, the rest of the family would gather to catch up on news from neighbors who were 100 miles away. It was in places such as this that she approached people asking to take photographs. If they said yes, she told them she’d give them a print of the picture when she returned the next year. “Some days it wasn’t very good. Other days were better,” she said. “After a few years, people would come up and ask where their picture was.” 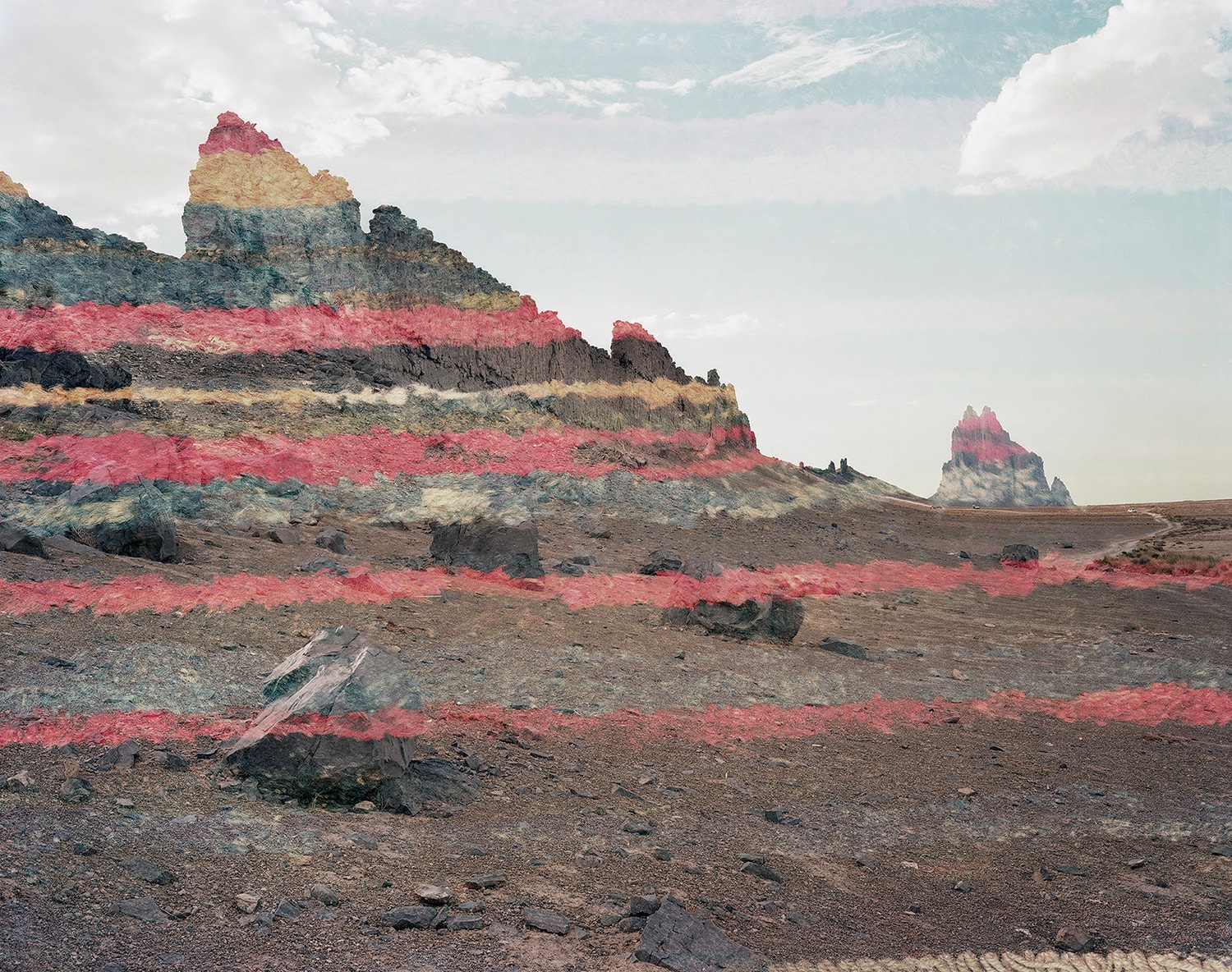 That trust grew deeper over time, leading to images that shed light on the lives of some of America’s most private people. Because of her commitment and integrity, Conner has been invited into homes of the people she approached at those shopping malls, has attended peyote ceremonies and has been taken to sacred sites no white person has been to. If Curtis’ work helped preserve the legacy of the fading life of America’s First Nation people, it is Conner who has illuminated the present.