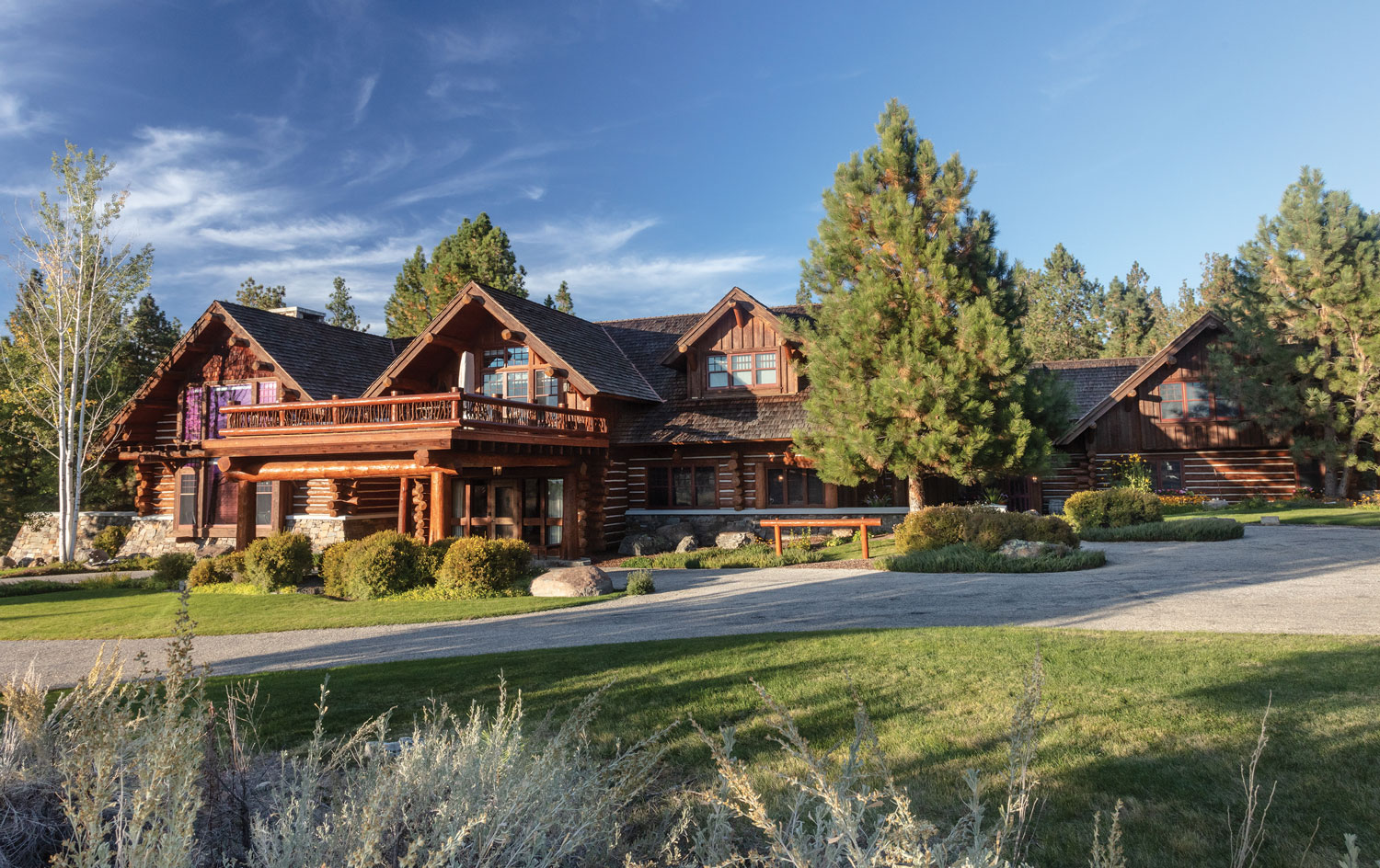 The rustic log home in Hamilton, Montana, speaks to its Northern Rockies location.

WHEN THEY DECIDED TO BUILD ON THE SMALL TOWN OF HAMILTON, Montana, 15 years ago, a busy couple — who splits their time between Florida and Chicago — had to do most of the work with the local builder and interior designer from afar. Located in the scenic Stock Farm Club community, the result was a traditional home that exhibited the robust spirit of the West. “It was done with so much love and passion that it almost has its own aura,” the wife says. 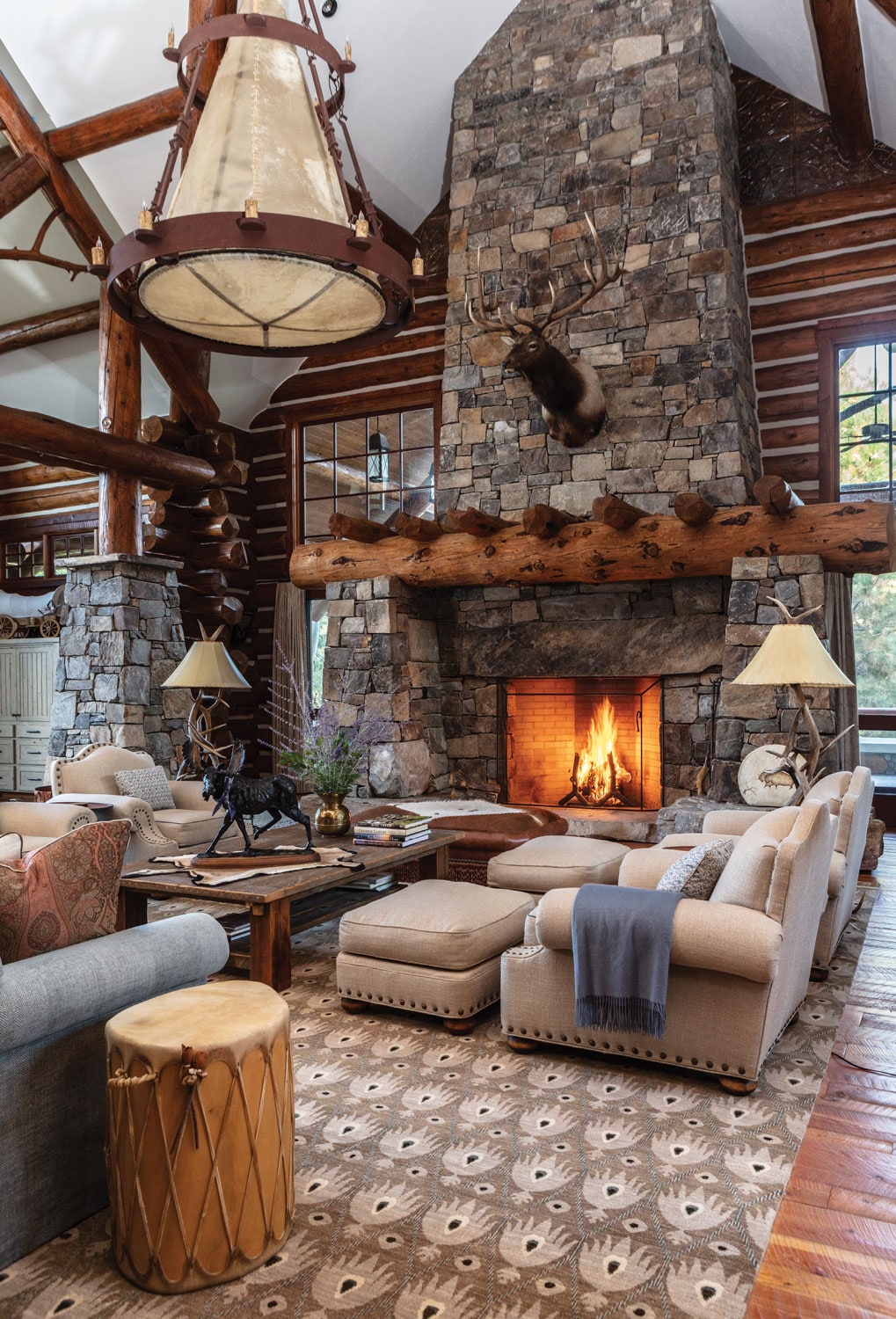 In the great room that’s centered around the towering stone fireplace, designer John Cialone from Tom Stringer Design Partners lightened up the space with a new, lighter-toned rug from Shiir Rugs. He had the chairs and ottomans reupholstered with fabric from Pindler & Pindler and trim from Samuel & Sons. The sofa fabric is from Cowtan & Tout, the window treatments are from Jim Thompson, and the pillow fabric is from Holly Hunt with Samuel & Sons trim.

“It has a peace and balance, and it feels warm — when you come into that house, there’s a feeling of welcomeness in it that it’s always had.” They celebrated the home’s completion with a party for all the artisans who contributed to the project. 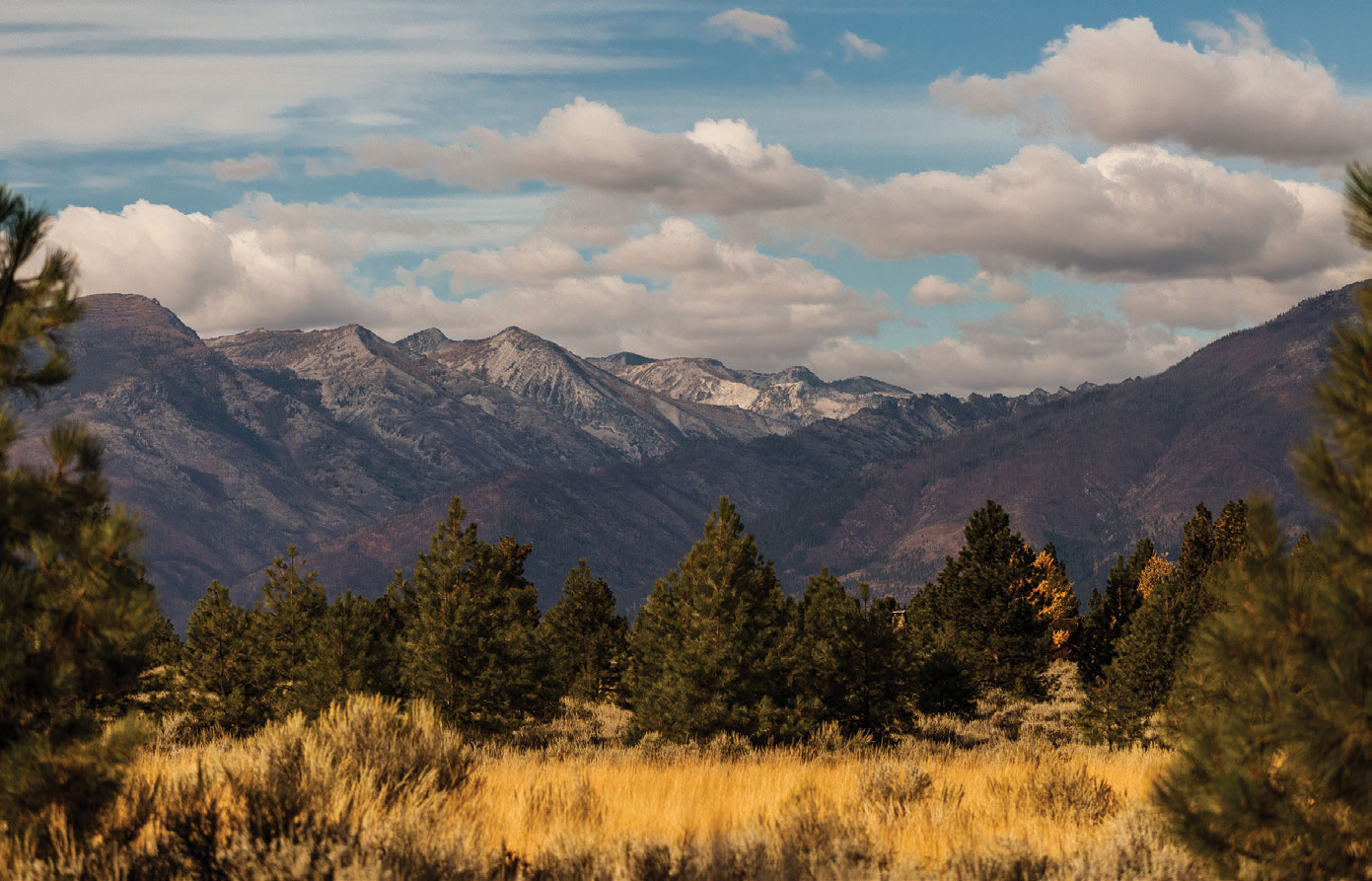 The home looks out to prairie and mountain views.

But as time went on, the interiors began to feel too heavy, weighed down by the Old-West theme and darker cowboy accents. “It was fine at the time we built it, but as we grew through life, things felt heavier,” she recalls. 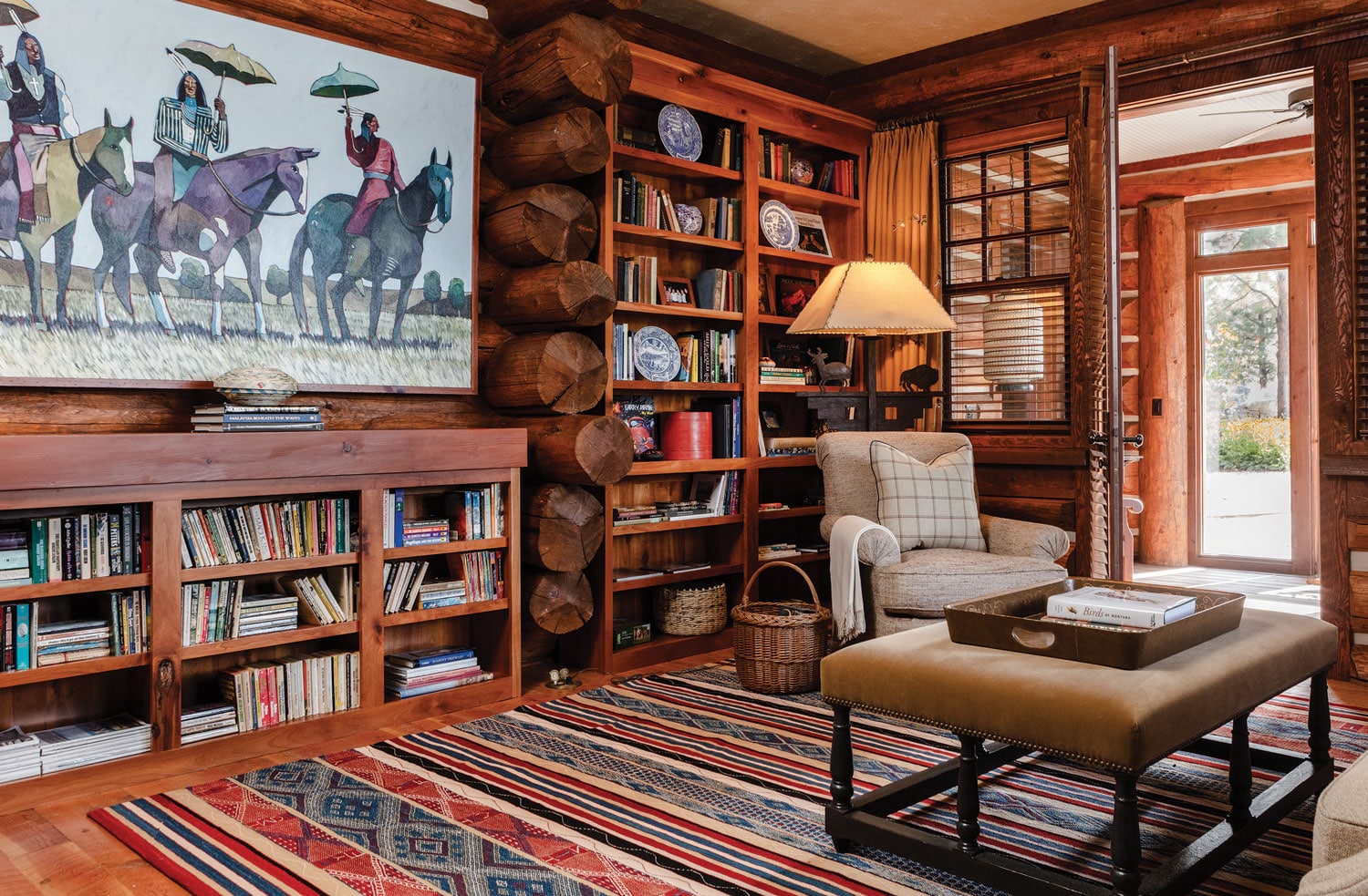 The rug, from the clients’ collection, adds a pop of color to the library. The ottoman was custom made and covered in fabric from Cowtan & Tout.

The couple turned to a designer they knew and trusted: John Cialone from Tom Stringer Design Partners. After planning the interiors for the couple’s Florida home and their Chicago pool house, Cialone not only understood their style, but he and the homeowners had developed a symbiotic way of working. “We move very quickly together. We’re so much at ease and have some of the same ideas, so it feels easy,” the wife explains. 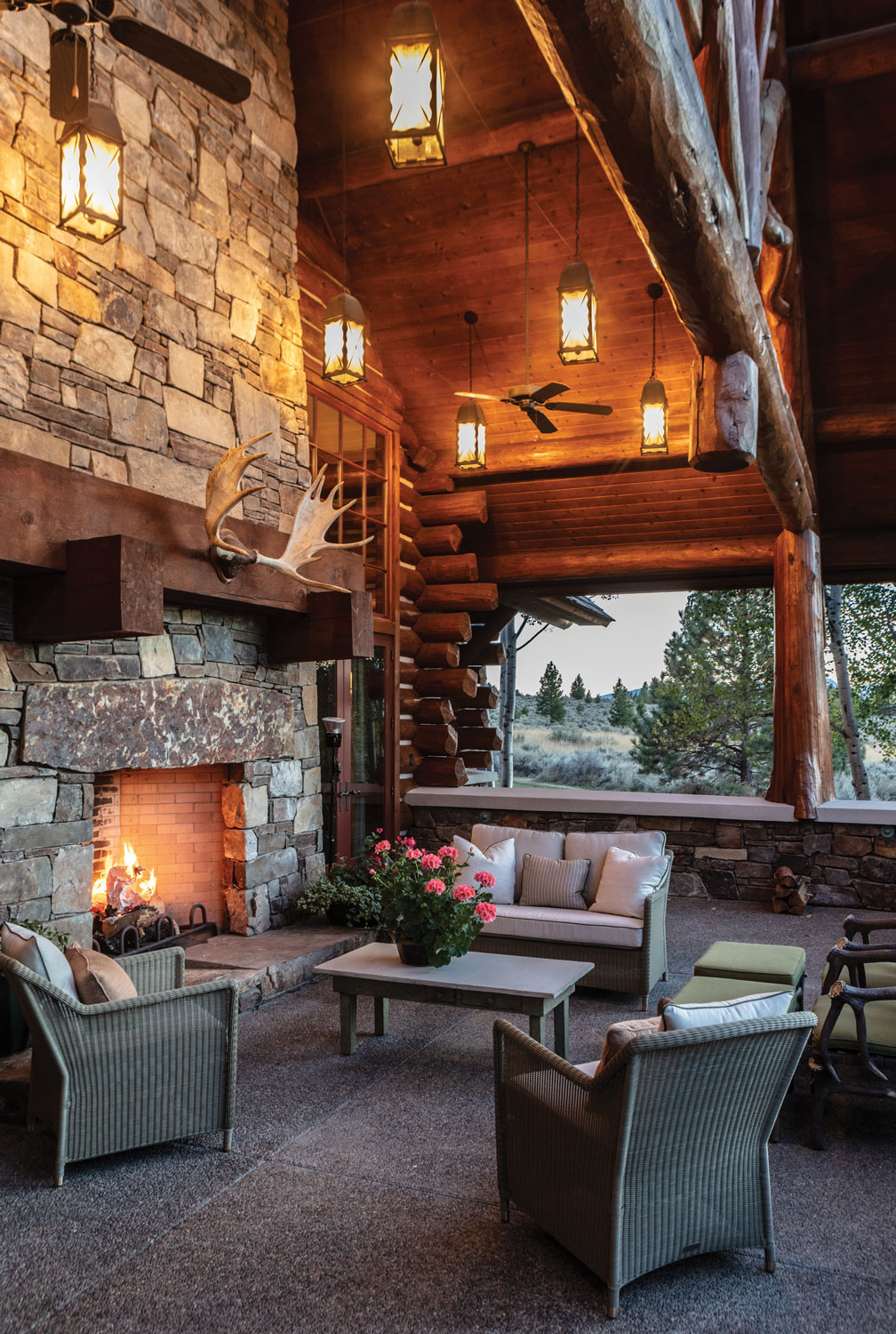 When Cialone visited Hamilton, he was taken aback. “I was blown away — the people, the vistas, the architecture — it’s such a beautiful place,” he says. His approach to redesigning the interiors was to capitalize on the elements that worked and remove the things that seemed expected. “I looked at what we could do to make it interesting and fun without taking away the character,” Cialone says. “I was looking for something that felt a little more collected with ethnic sensitivities for this well-traveled couple.” 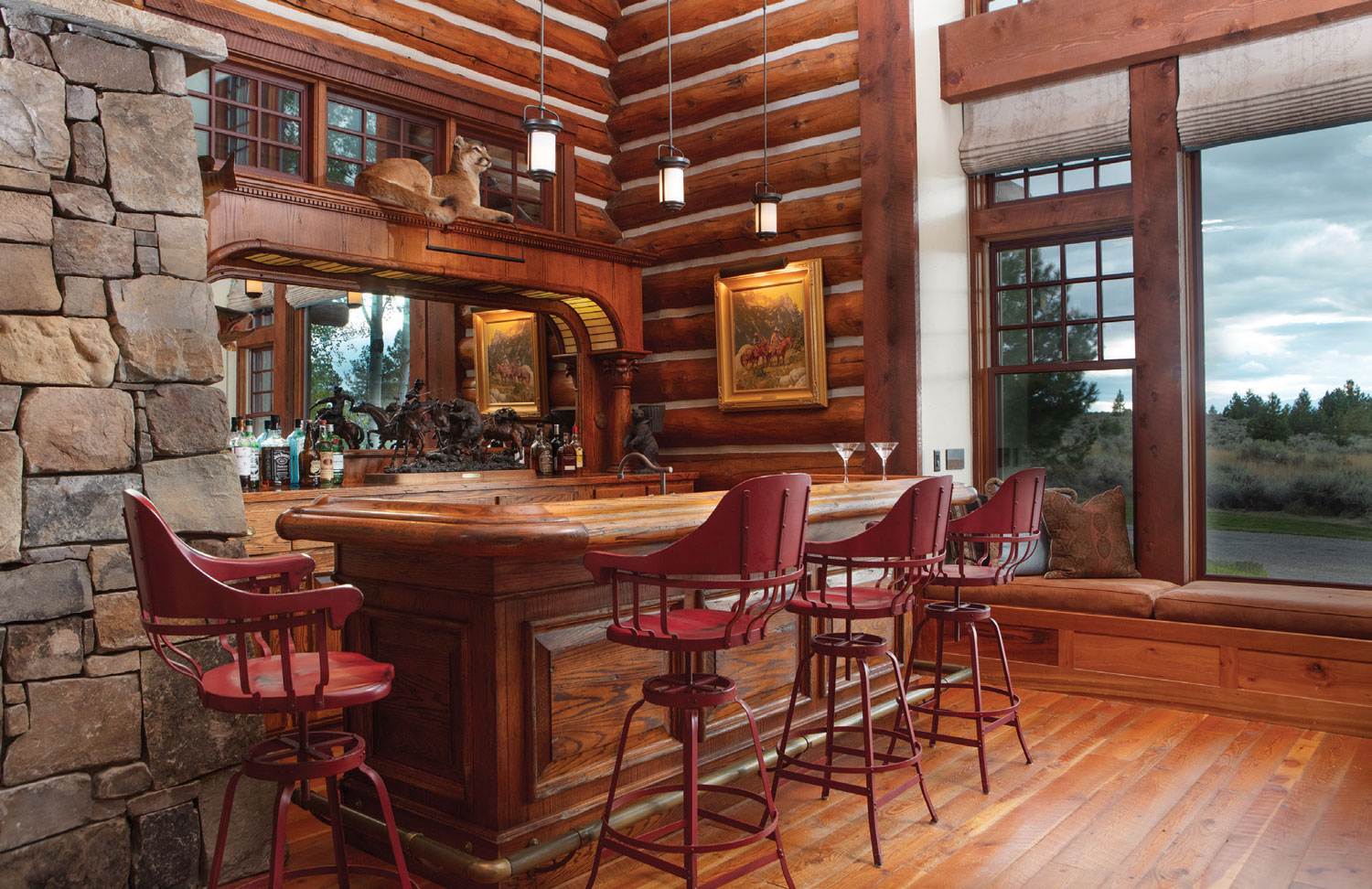 A rustic bar is tucked into the back of the great room and features pendant lights from Urban Electric that add a contemporary touch.

After a two-day visit, Cialone took notes and came back a few months later with a plan to revive the décor and update the lighting control system for better, more natural light. “Some of what we did was really subtle,” he says. “We painted several of the ceilings off-white instead of stained brown. Everything we chose was about comfort, lightness in scale, and longevity in the design.” He decided what furniture, fixtures, and fabrics could stay and what would be replaced. “One of the best things was that they had an amazing collection of beautiful things, so it was very easy to move some things around,” Cialone says. 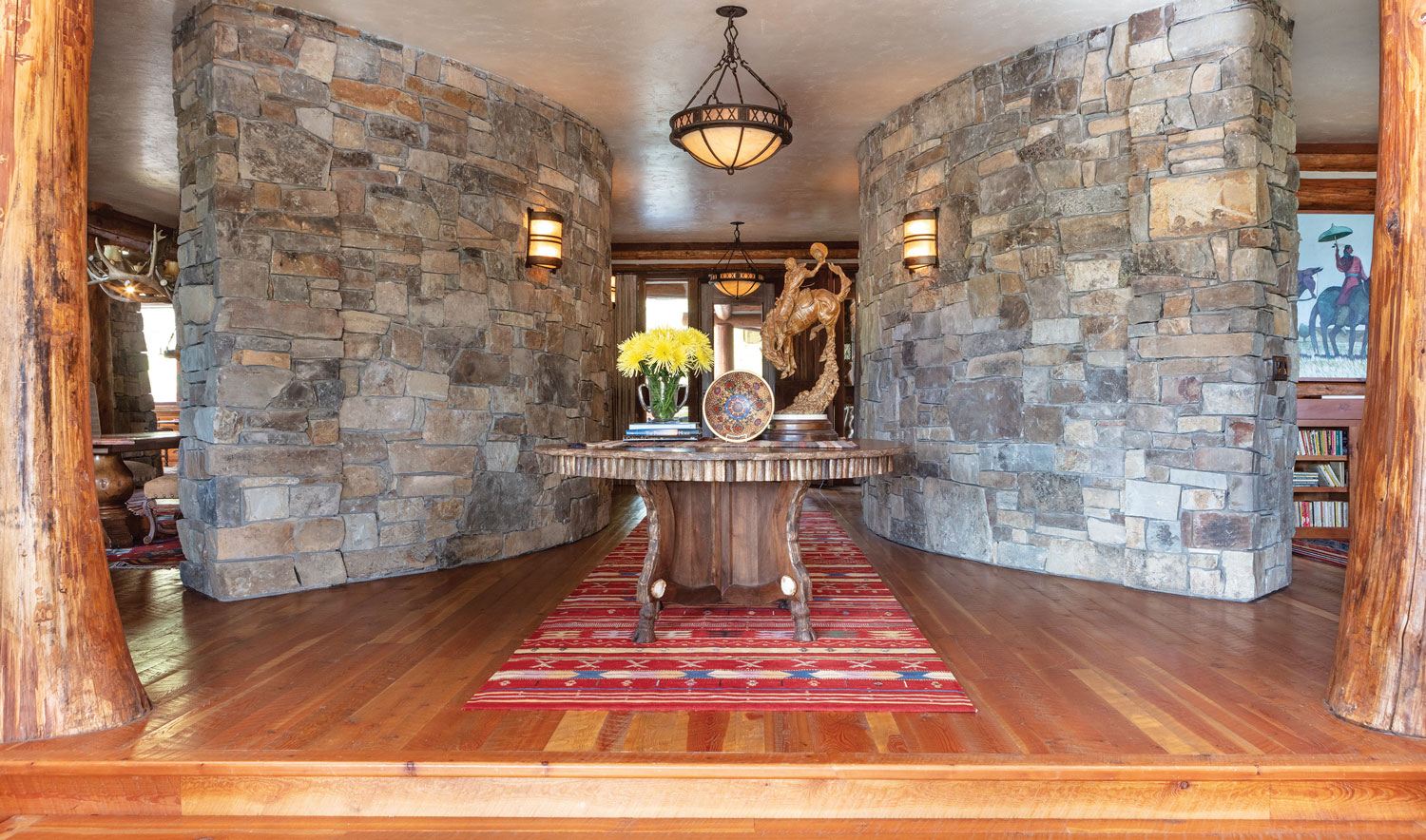 The foyer is filled with natural light and opens to the rest of the home. The colorful rug and artwork are from the homeowners’ collection.

In the living room, the designer replaced a palace-sized Persian rug — a mix of burgundies, blues, and reds — with a large Holly Hunt patterned rug in a neutral color scheme. He added a comfortable overstuffed sofa to the main sitting area and lush pillows to a window seat that overlooks the Bitterroot Mountains. Cialone also switched the draperies from a dark-toned tribal flame-stitched pattern to an elegant abstract floral design by Jim Thompson.

“We added a little bit of Moroccan flair,” says Cialone. “The new rug is the same size, but much lighter in scale and more inviting. It might be my favorite thing in the house.” 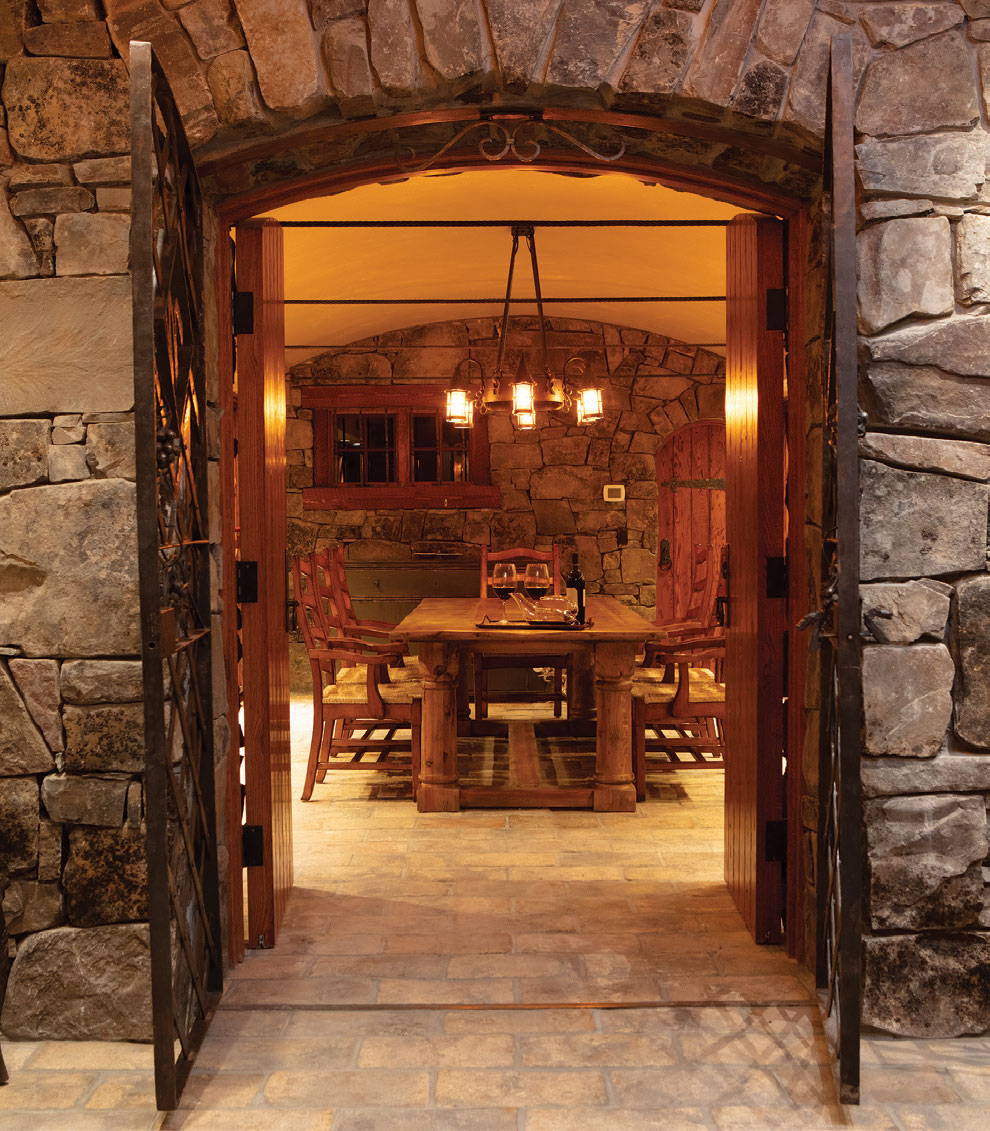 The wine room offers Old-World elegance in a comfortable environment.

Cialone also brightened up the great room with new lighting and the subtle addition of décor that felt collected over time rather than store-bought. In some cases, such as in the sitting room, he kept the Western flair but toned it down to ensure a sense of place that’s rooted in the Rocky Mountain West. “I was really looking for things that were linen or printed cotton, with an ethnic or tribal quality,” he says. “Touches of India and Morocco work well for Western architecture. They become the story of the room, and a way to change the character from something Western to something collected. It became more sophisticated in the process.” 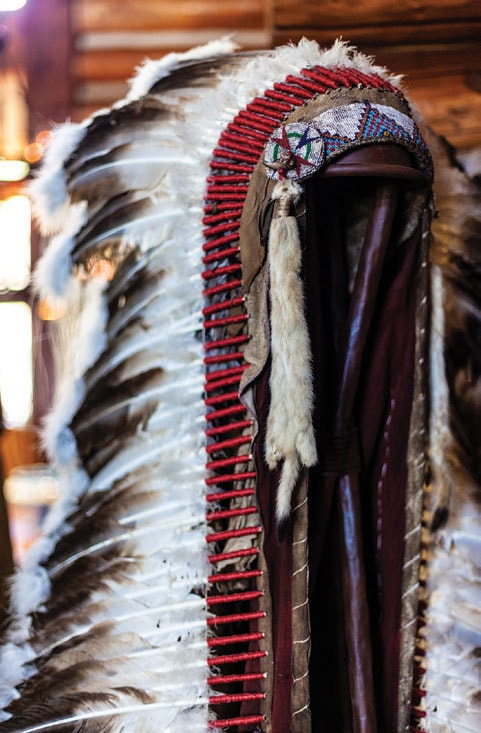 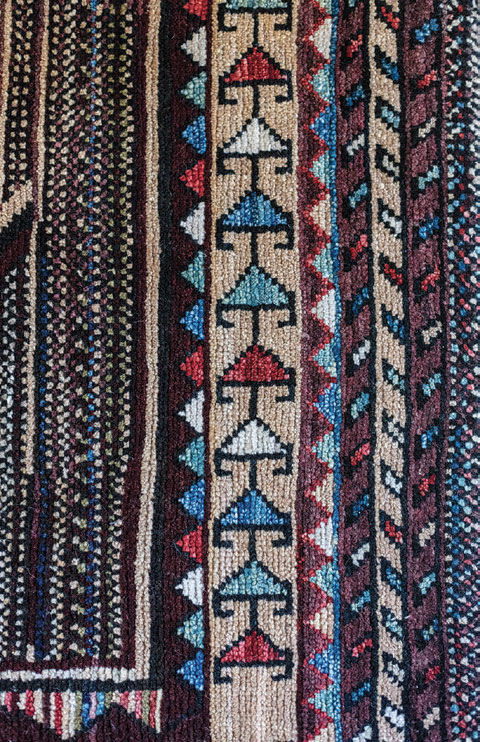 The breakfast room rug (detail) and the American Indian headdress are both from the homeowners’ existing collection.

For the wife, the home feels more balanced, simpler, and lighter overall. The remodel allows the surrounding vistas and mountain views to be front and center, and there’s an updated element of refined Western comfort throughout. “He took out the heavy cowboy accents that were more souvenir-type colors, drapes, and pillows,” she says. “It’s so much truer to the spirit of the house, almost like a cleansing of what already existed as a beautiful home. John has a gift: He’s not afraid to mix different elements, whether it’s Moroccan, Asian, or Indian. We both like that, and in the right context, we think it brings something real to the home now.” 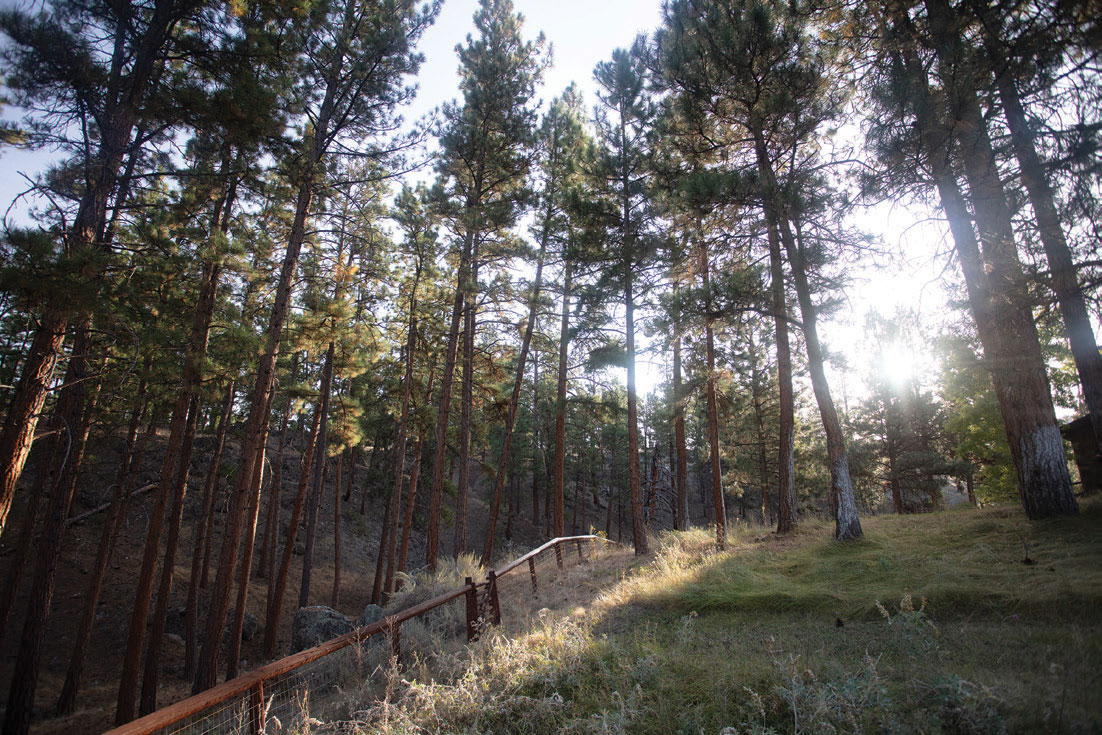