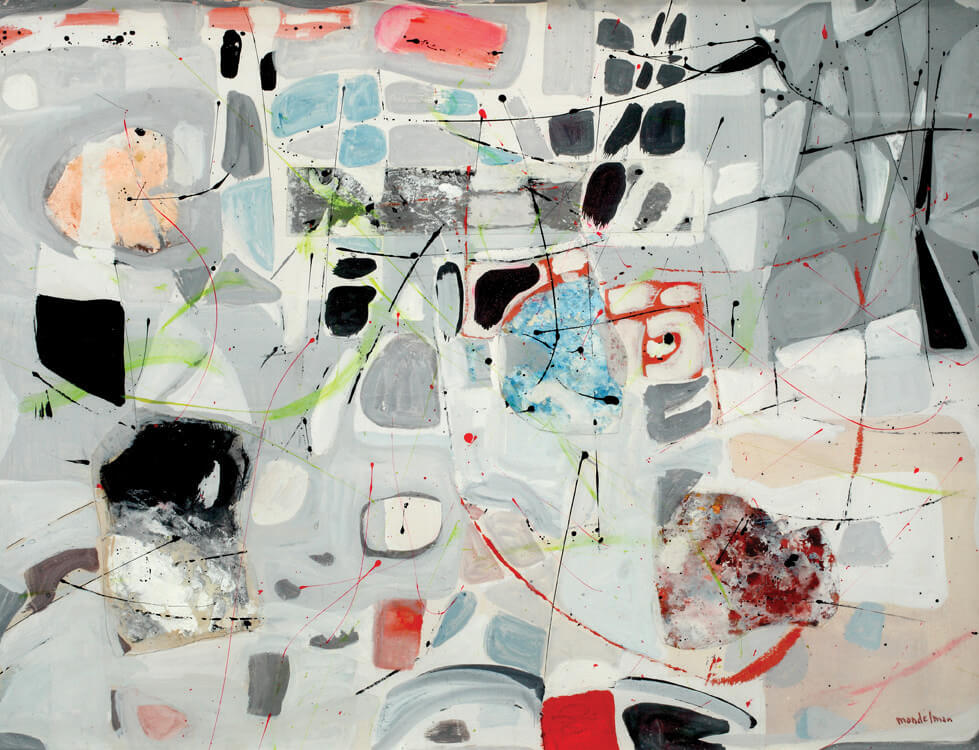 Beatrice Mandelman, Winter | Casein, Enamel and Collage on Board

Art collectors are a curious and rare breed. So rare, in fact, that according to research published in 2015 by Larry’s List, an art industry research company, there are just 8,000 to 10,000 art collectors in the world. The world.

Because collecting is such a dedicated pursuit, there are lessons that help enthusiasts — from novice to experienced — buy with confidence. To tackle the ins and outs of building a collection, we’ve brought on Denver, Colorado, art patron Robert Lewis, who believes collectors have “an unquenchable thirst for knowledge.”

A native of New York, Lewis grew up in a family of collectors of 19th-century American decorative arts. His own collection, which focuses on 20th-century Western art, has been loaned to the Corcoran Gallery of Art in Washington, D.C., and the Denver Public Library Western History Collection.

People often start collecting with the desire to surround themselves with the things they love. According to Lewis, when you buy what you love, the objects you acquire are imbued with personal meaning; they tell a story. Over time, these objects connect with your life emotionally, aesthetically, intellectually, and financially. “Collectors don’t buy things to decorate their home or office,” he says. “We collect to fill our lives.”

Lewis discovered his passion for the American West after moving to Denver. “I wanted to learn about the art that was being created in this region during the 20th century,” he says. “It was perennially overlooked and underappreciated. The more I learned, the more I realized that there was an incredible body of work that was readily available. I started in the early 20th century with Post-Impressionism and followed the progression of Modernism to Abstract Expressionism.”

Early on, Lewis gravitated to Broadmoor Academy artists, such as Robert Reid, Birger Sandzen, and Ernest Lawson, and their work became the backbone of his collection. He built from there by following the evolution of art in Colorado and the West, adding works by William Sanderson, Beatrice Mandelman, Emerson Woelffer, Vance Kirkland, and others to the mix. Today, his collection is a deep dive into the creative minds who helped shape art movements as well as develop schools and institutions we continue to value.

Over time, Lewis learned to discern the quintessential examples by artists from each era. Developing an eye and aesthetic sensibilities comes with exposure to art through reading, visiting museums, attending lectures, and talking to experts: curators, dealers, and other experienced collectors.

“I think the art of collecting is connoisseurship,” Lewis says. “You learn to distinguish between good, better, and best by looking at objects and learning why one is better than another.”

Part of developing this knowledge comes with understanding the evolution of an artist’s career. Early on, artists emulate their teachers. A connoisseur knows this and avoids buying derivative works, which will not hold as much value as later pieces that carry an artist’s individual voice.

Collectors want outstanding works of art, so much so that they can be fooled by an imitation — an art piece that was too good to be true. “You haven’t lived until you’ve bought a fake,” Lewis says, laughing. 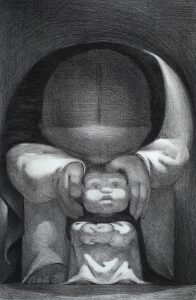 But there are tools you can use to avoid them. One of these is provenance, or the record of ownership, which establishes an artwork’s legitimacy. If you’re buying from a living artist, provenance is easy; all you need to do is keep good records should you decide to sell. With deceased artists, it can get murky and often requires some sleuthing, but this will be time well spent.

When researching provenance, Lewis suggests asking the following questions: Where and when was the piece created? What were the circumstances of its creation? Was it exhibited? Where and when? Are there written reviews of its exhibition? Was it acquired by a museum or someone important? Was it stolen? Is the piece signed by the artist? Is there an inscription on the piece? Was the piece conserved or altered in any way?

Lewis stresses the importance of buying artwork by artists who most intrigue you. He adds that you should never pursue collecting for financial gain. “If you acquire the best of the best,” he says, “and you have a bit of luck, your collection may appreciate substantially.”

A little-known secret of the art market: lots of dealers and collectors will not sell to someone who is buying for the wrong reasons. The art market can be exclusionary, secretive, and opaque. It is also small and gossipy, so much so that bargain hunters might discover that they have been blacklisted on a national level from buying desirable works. They may also learn they were not even given the opportunity to buy seminal pieces.

There are several reasons why. Bargain hunters’ collections are often replete with pieces purchased for the autograph, not the quality. Dealers and artists don’t want their work seen amid a sea of bad art. Second, no collector wants to discover their hard work — finding those quintessential pieces — has been locked away in storage. Many collectors won’t sell their best things to a rookie buyer but will instead hold out for the opportunity to place those important objects in a museum where they can be shared with a larger audience. The third reason is that bargain hunters, simply by making low-ball offers, have shown their lack of commitment to collecting.

Part of connoisseurship is understanding the market. To build your knowledge, keep track of national sales and auction results. Over time, you will see how works of similar sizes by the same artist go for different prices, sometimes dramatically different. You will learn, through this exercise, what makes one work more desirable than all the others.

Experienced connoisseurs know the exact works they want to add to their collection and where those pieces are hiding or were last seen. They also know that the most prized works rarely sell in a gallery or at auction; they are bought and sold quietly and discreetly, and only into collections where the work will be cherished, protected, and available should a museum want access.

So, what do you do if you find a work of art you desperately want only to learn the price is out of your range? You have two options: pony up or walk away.

Collectors are hunters; they are constantly on the prowl.

“The internet is a godsend for collectors,” Lewis says. “I research the period that I collect and delve into archives to find newspaper articles, exhibition catalogues, inventories, and correspondence. I will even do genealogical searches to track down family members and colleagues. I’m in contact with dealers, galleries, auctions, curators, and scholars. And, most importantly, I communicate with other collectors.”

Art collecting has also led to many wonderful friendships for Lewis. “One of the most valuable benefits of collecting has been the acquaintances I’ve made,” he says. “[…] I’m truly grateful for all those who have shared their knowledge and friendship with me.”

Along the way, Lewis says he made many mistakes, but every mistake was an important learning experience. “As a collector, I have learned so much from so many. I’ve had many mentors, advisors, and colleagues. It’s what makes collecting so gratifying. I have been surprised at the willingness of others to share their knowledge and insight. Everyone has an opinion, and it may not be the same as your own, but it may be valuable. You may start as a collector, but if you listen carefully, you will become a connoisseur.”

Curator and writer Rose Fredrick shares her extensive knowledge about the inner workings of the art market in her blog, The Incurable Optimist, which can be found at rosefredrick.com.